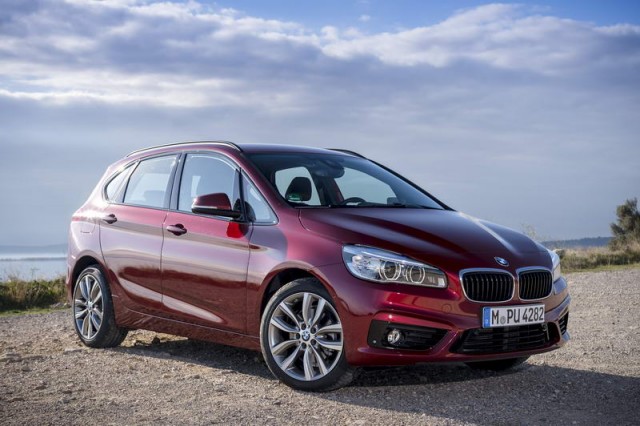 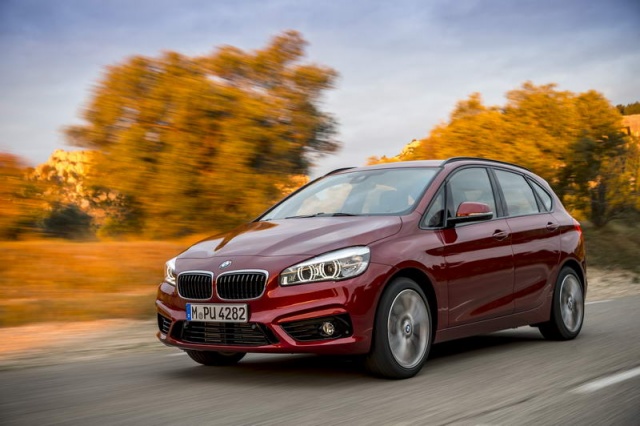 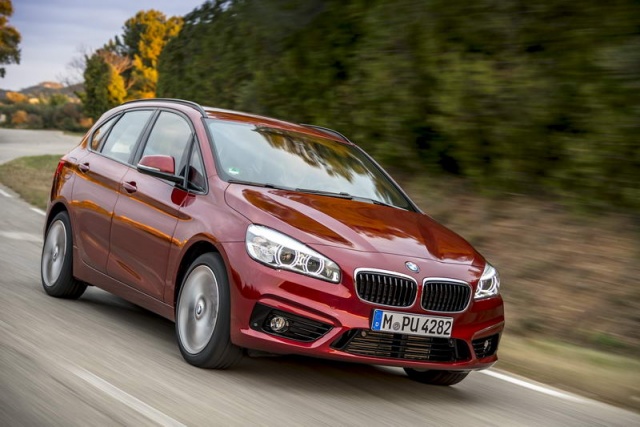 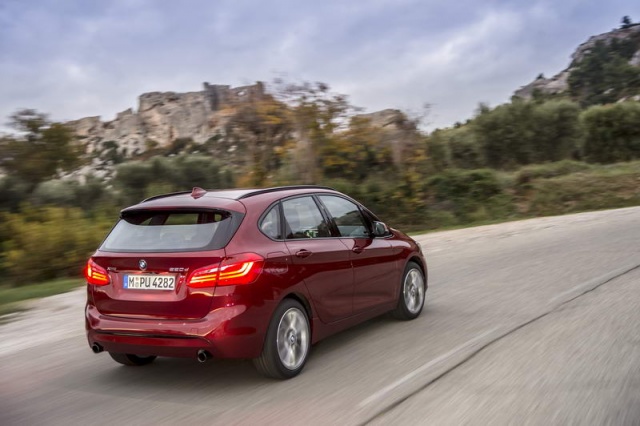 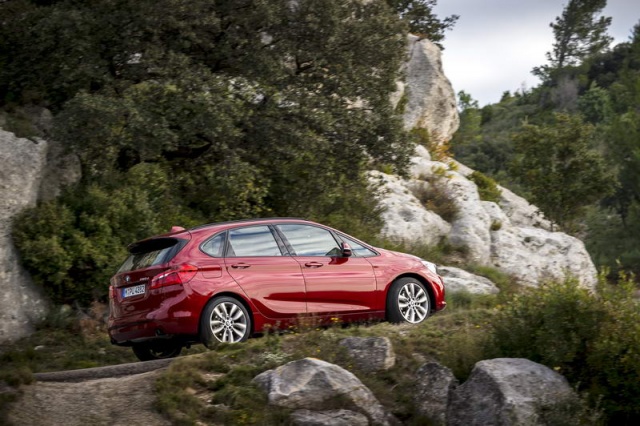 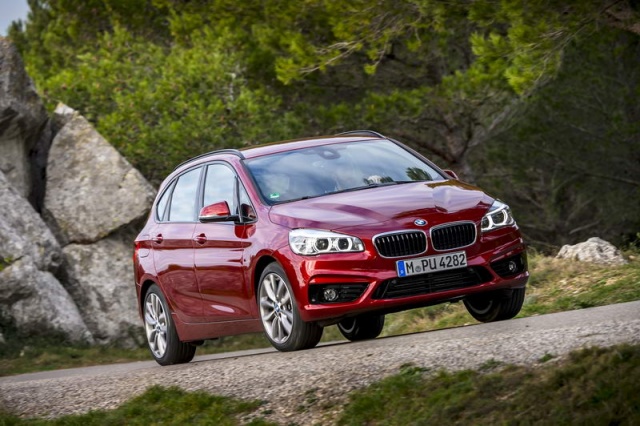 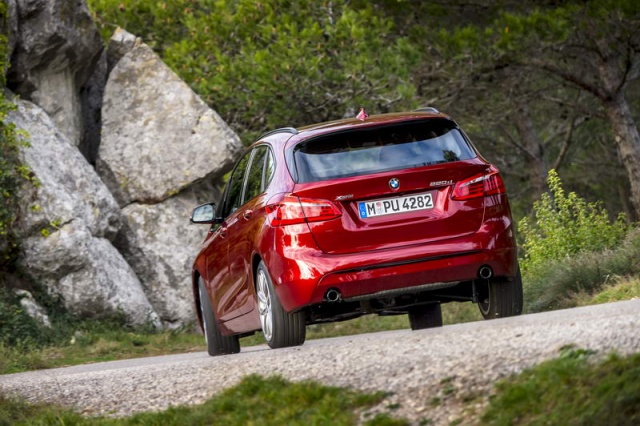 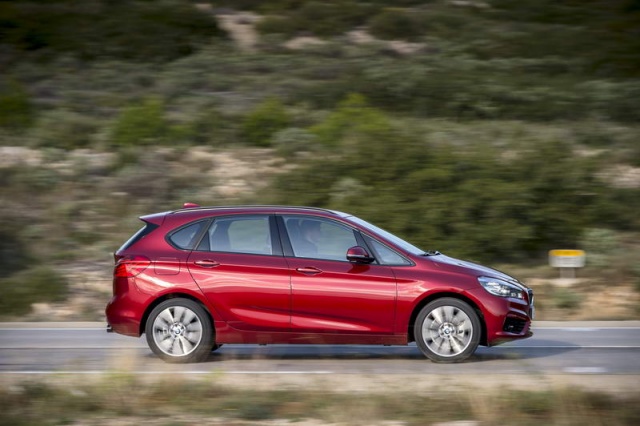 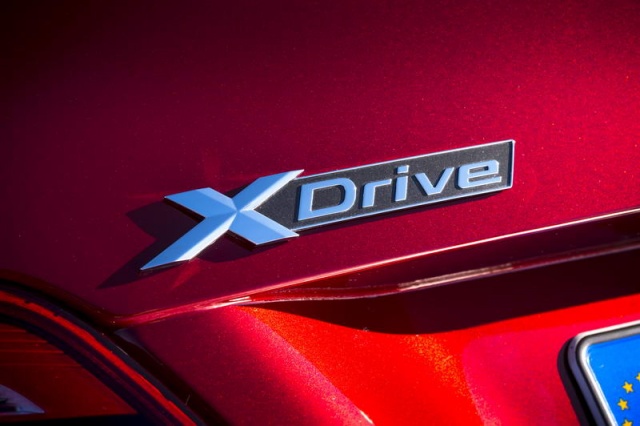 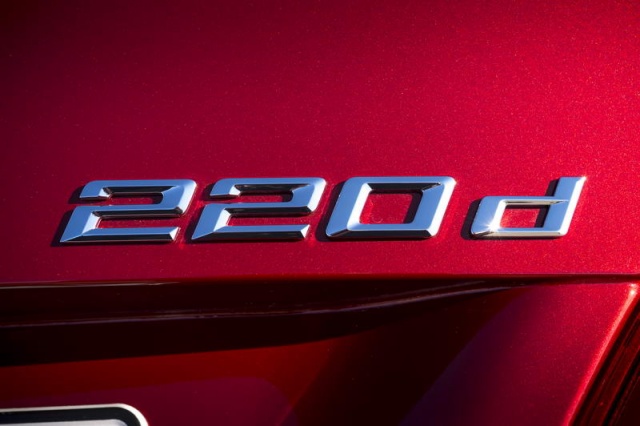 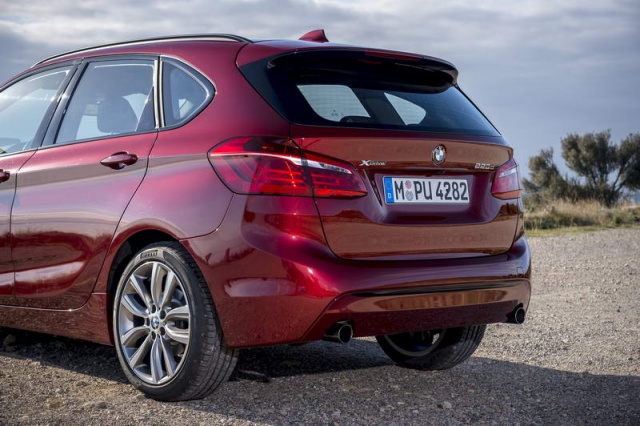 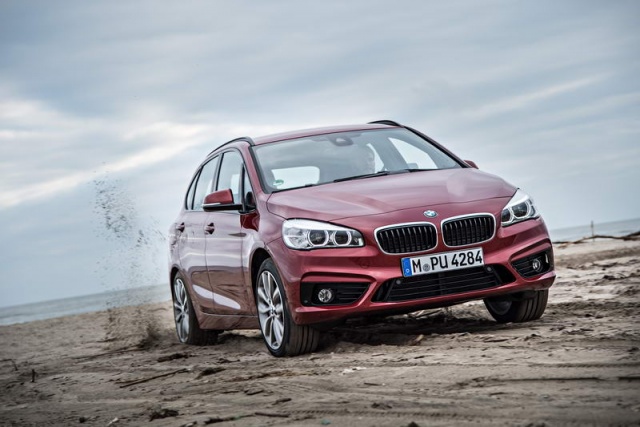 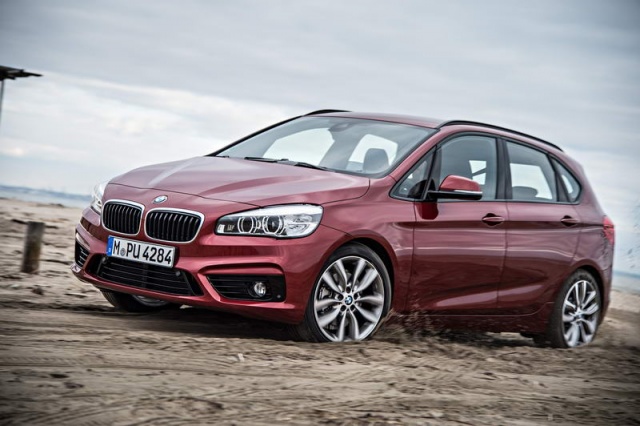 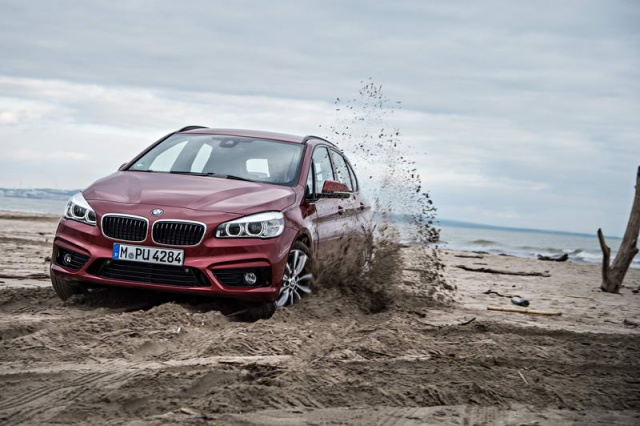 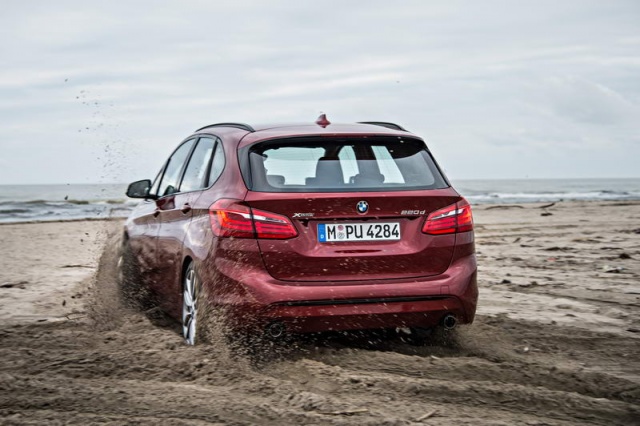 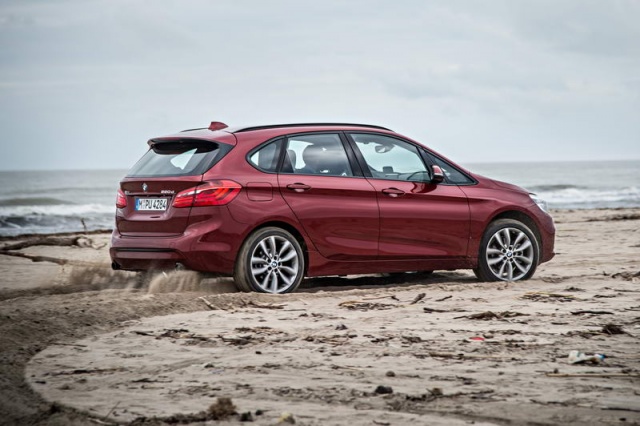 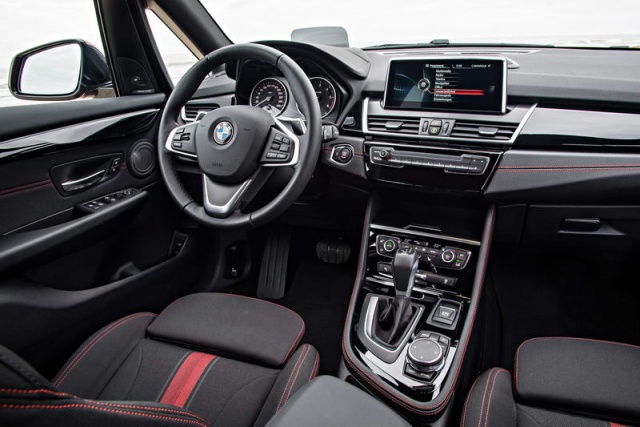 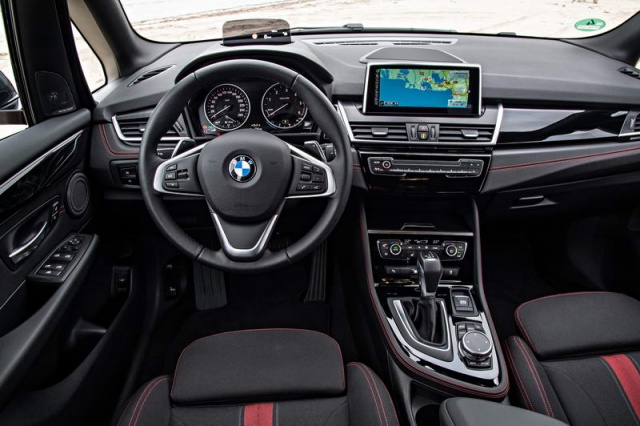 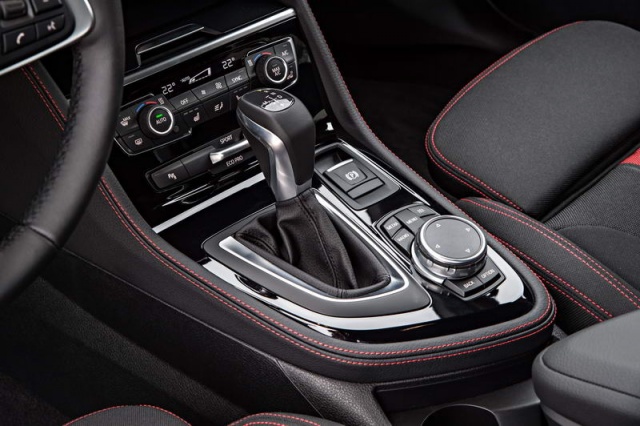 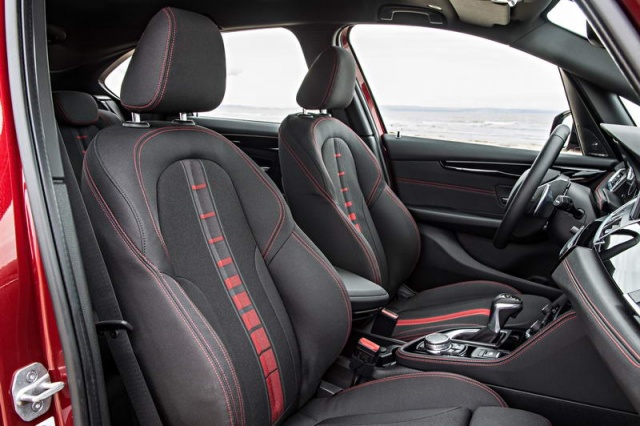 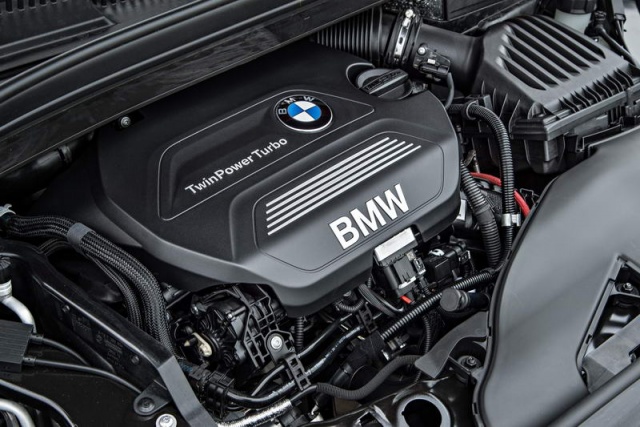 The 2 Series Active Tourer compact MPV, with front-wheel drive, may be a departure for BMW, but it appeals to image conscious families with high levels of quality and some clever touches. Now, with the addition of a new diesel engine and an all-wheel drive system it looks set to be even more useful.

When BMW introduces something different to its traditional saloon offerings it's often met with controversy - in the purists' eyes at least. Some of those same purists must have been almost apoplectic when the 2 Series Active Tourer came along offering high-roof compact MPV styling with, whisper it, front-wheel drive. Order is now being slowly restored with the introduction of xDrive to the line-up, which drives all four wheels. The 220d also features a new 2.0-litre four-cylinder diesel engine.

Despite the addition of xDrive there is no change to the exterior of the car. In fact only the discreet xDrive badging on the boot lid will tell you that this Active Tourer drives all of it wheels. Irish buyers will have the choice of three different trim levels starting with Sport (the model we drive here), through Luxury and range-topping M Sport. If you find yourself swayed by the petrol-powered 225i xDrive you will only have the choice of Luxury or M Sport specifications.

Regardless of spec you do get a well-appointed cabin that still feels very BMW-like with many of the familiar features such as the latest iDrive controller and free-standing colour infotainment screen atop the centre of the dashboard. The instrument binnacle is clear and easy to read with just two main dials, while the head-up display can display the satellite navigation's route guidance along with the usual things such as speed.

In the rear the seats are capable of sliding and folding in a 40/20/40 split while also offering good levels of comfort, plus decent leg- and headroom. The boot initially offers 468 litres of volume and that can then be expanded to 1,510 litres, while there is also the option of specifying an automated rear boot lid that can be opened by waving your foot underneath the rear bumper should your hands be full.

In the new 2 Series Active Tourer xDrive there is an even 50:50 split between front and rear, although the new system is capable of sending 100 per cent of drive to either end of the car depending on grip levels. This is handled by an all-new system that bears only a 61kg weight gain in comparison to the front-wheel drive Active Tourer. Using a new electro-hydraulic clutch the switch between front- and rear-wheel drive is achieved in an even faster time thanks to the introduction of a new highly efficient valve in the clutch that can rapidly lower the oil pressure inside to aid the operation. This latest xDrive system is not the same as the four-wheel drive used in the MINI Countryman and Paceman ALL4.

Where the new xDrive system is most noticeable is during mid-corner and out-of-corner acceleration. As you would expect from BMW the weighty steering feels ideally balanced helping to give an overall driving experience that sets the Active Tourer apart from similarly styled and sized models from other manufacturers.

The xDrive version does command a €2,333 price premium over a similarly specified front-wheel drive Active Tourer, which, when you look around at what some other brands charge to move up to four-wheel drive isn't that bad a deal, but it's not cheap. It also falls very close to the pricing of BMW's smallest SUV - the X1, which can be had with a less powerful engine, undercutting the xDrive Active Tourer on price.

In addition to the xDrive 220d, BMW has also introduced the 225i xDrive. Powered by a four-cylinder petrol engine, does give a sportier feel to the car, but comes with lower fuel economy and higher CO2 emissions figures, which, along with a higher retail price, is likely to mean it'll not be so popular.

In front-wheel drive guise the BMW 2 Series Active Tourer was already a competent car on the road, so naturally adding an all-wheel drive setup really does enhance its credentials as an all-rounder. That said, most buyers of the Active Tourer are unlikely to ever have need to exploit the technical capabilities of the new xDrive system. The few that reckon it's worth the premium will appreciate all of that without paying through the nose for fuel and tax.