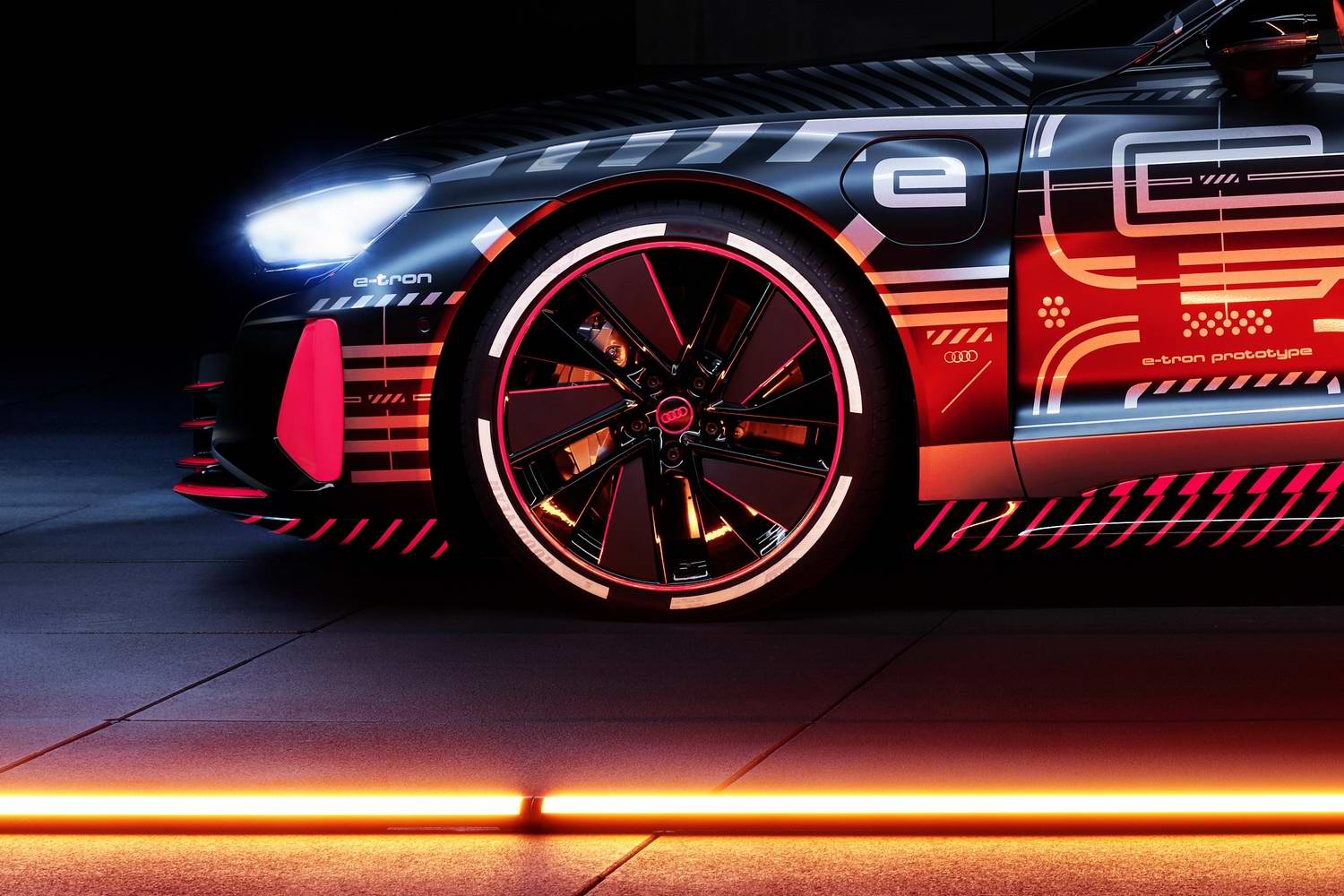 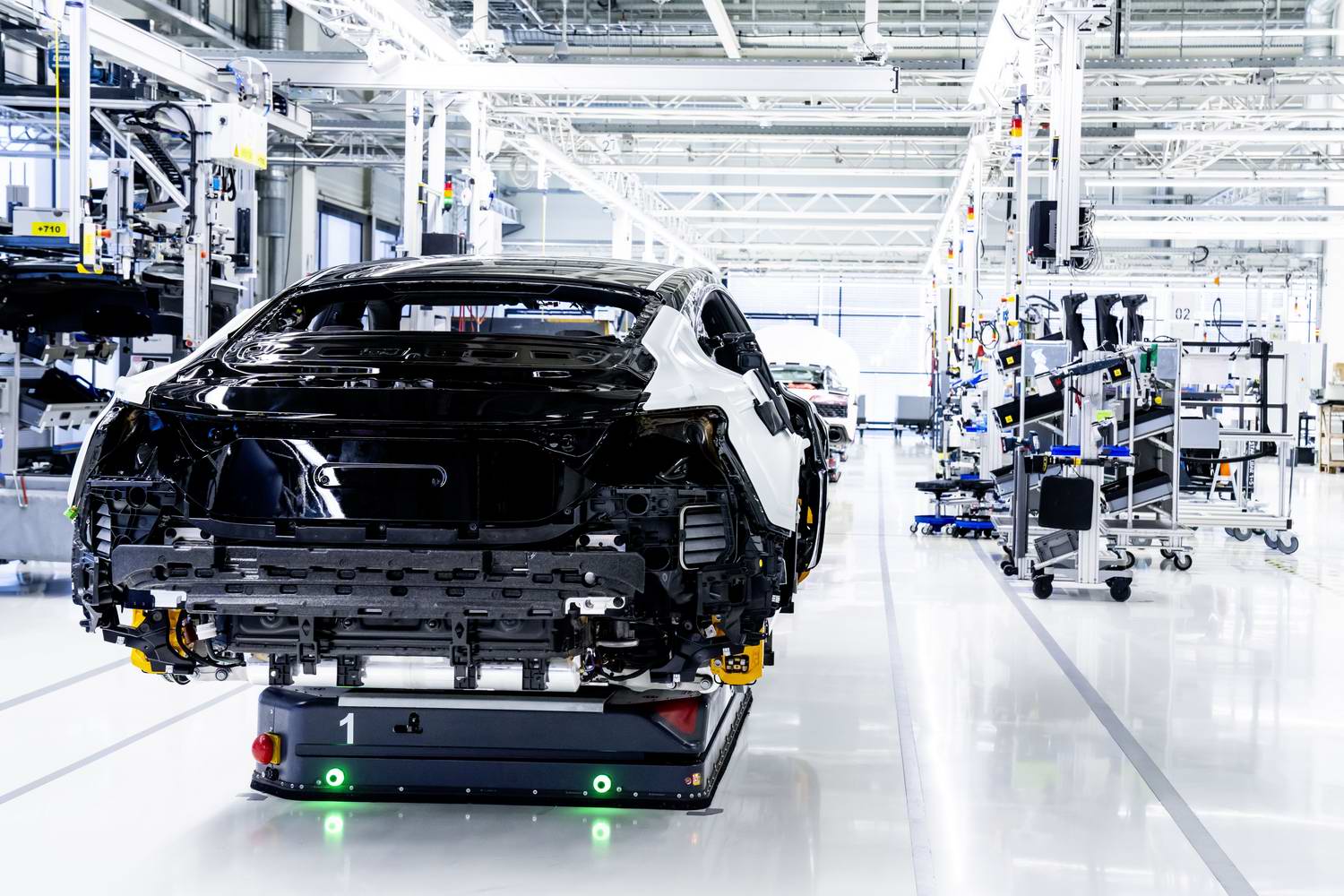 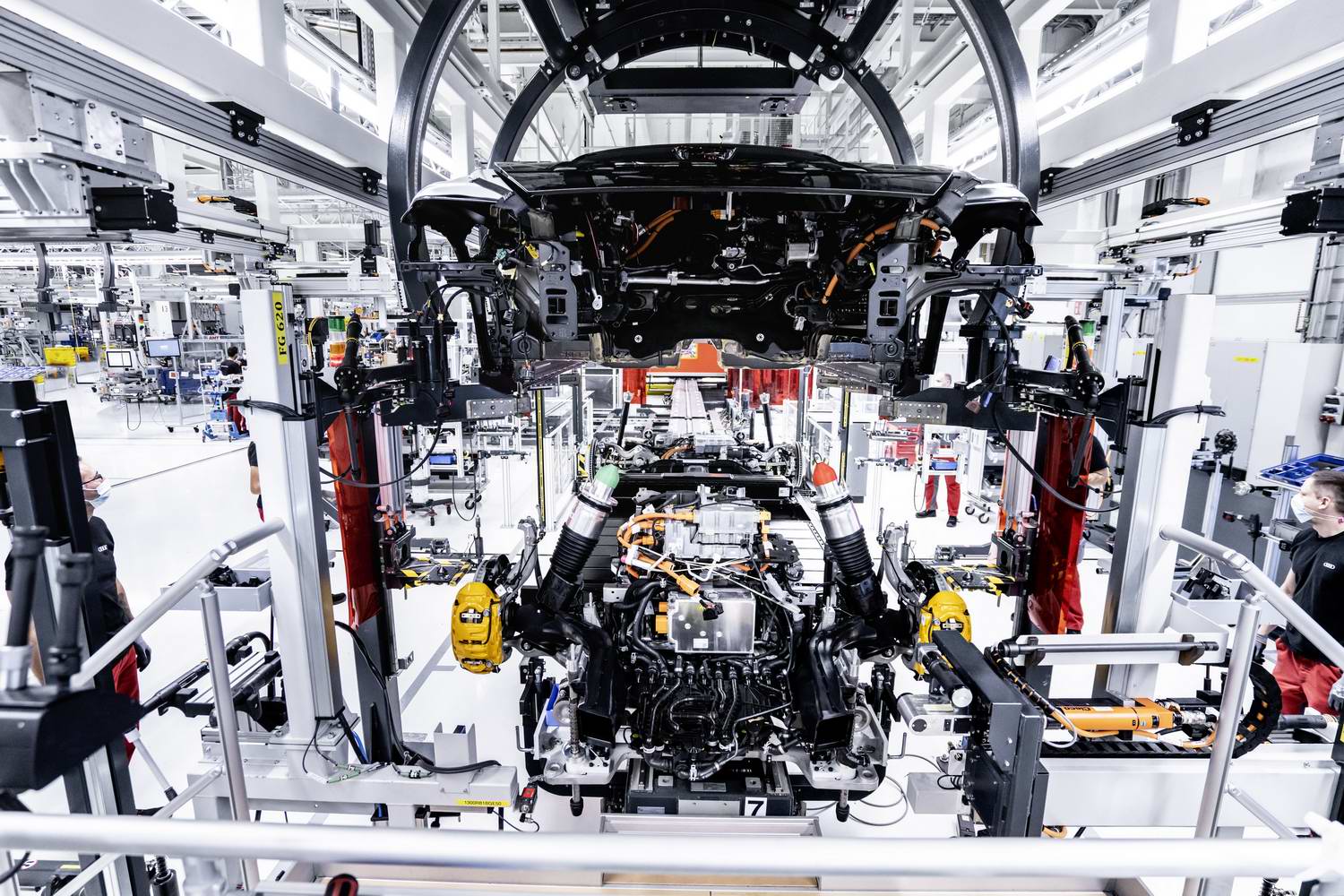 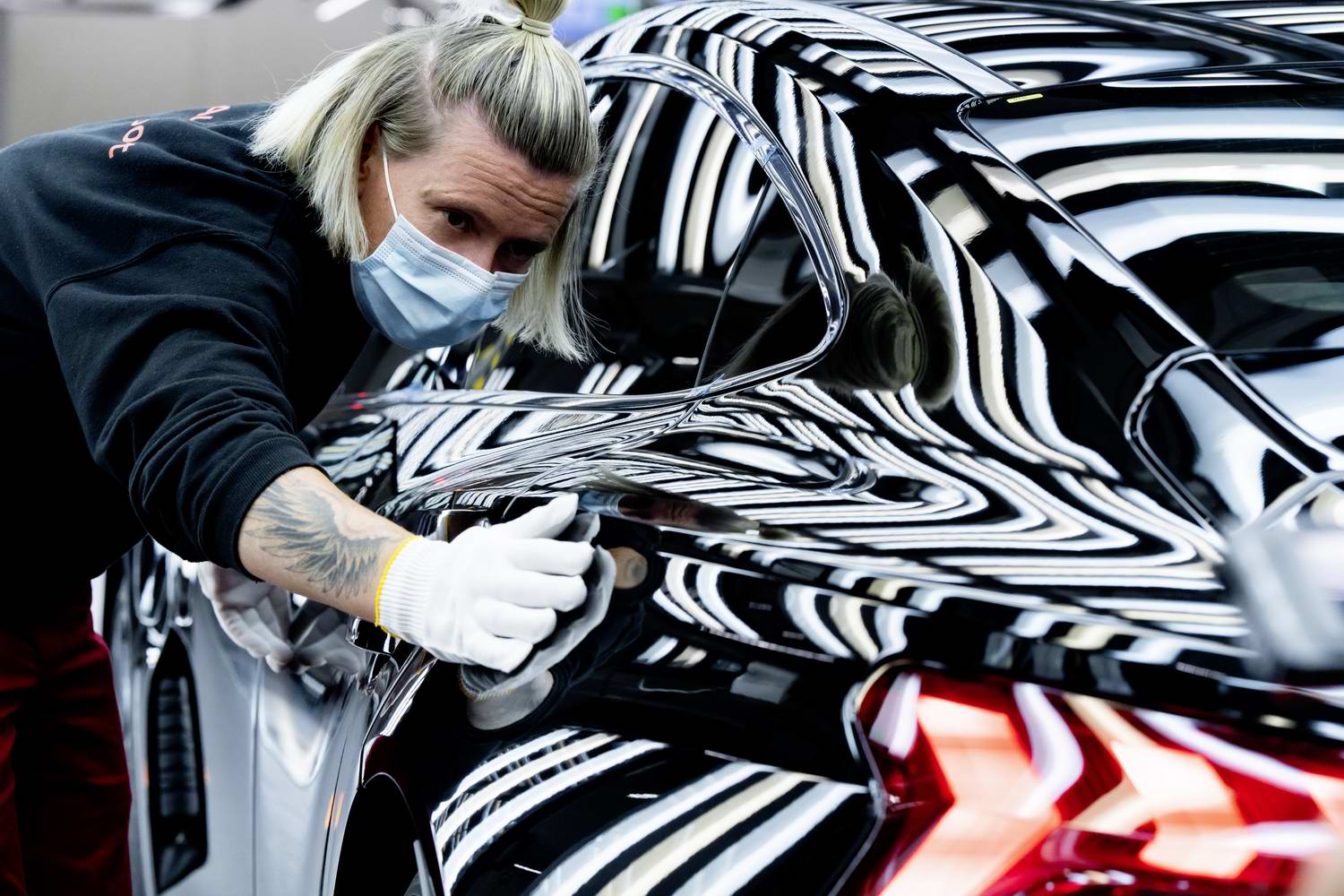 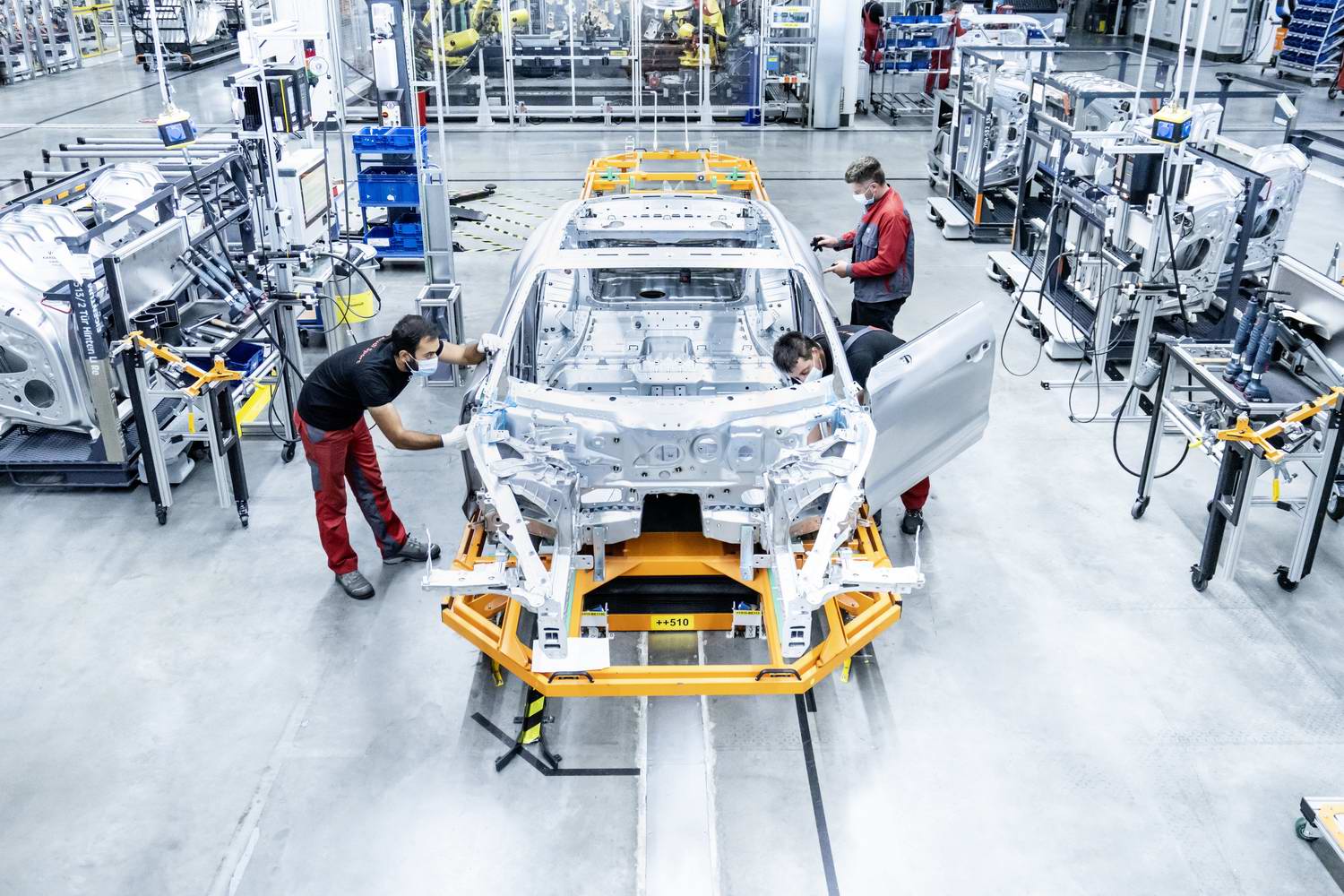 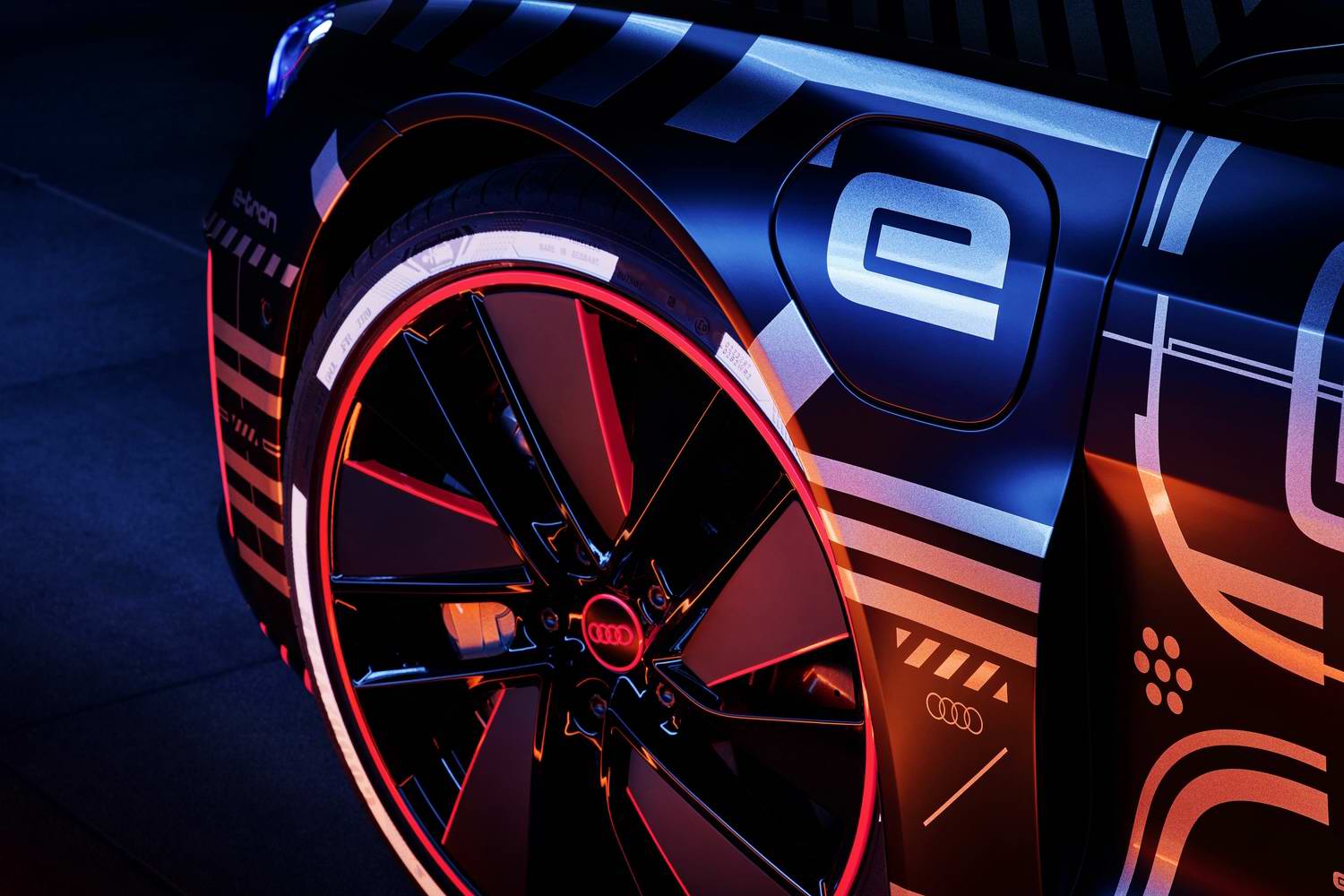 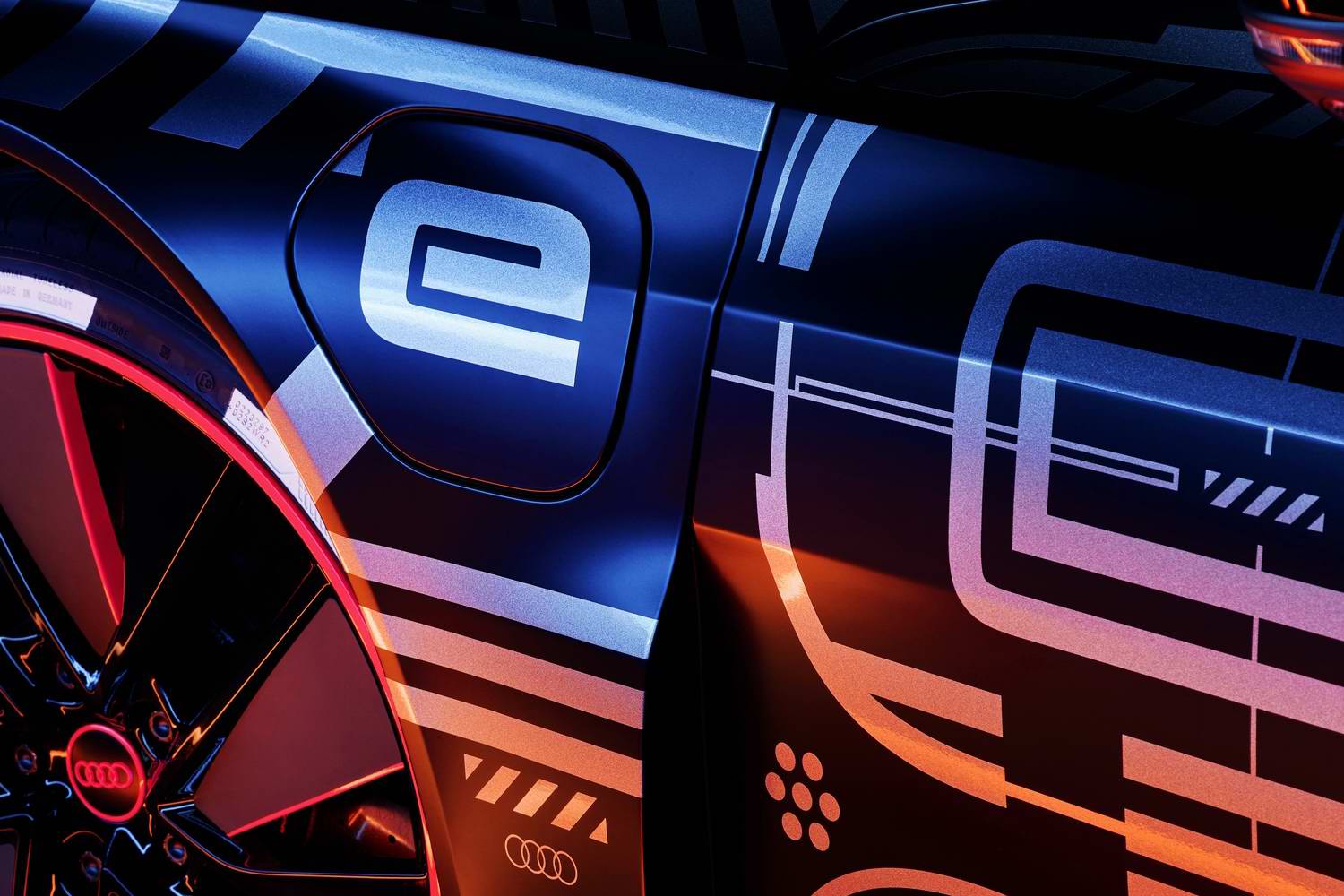 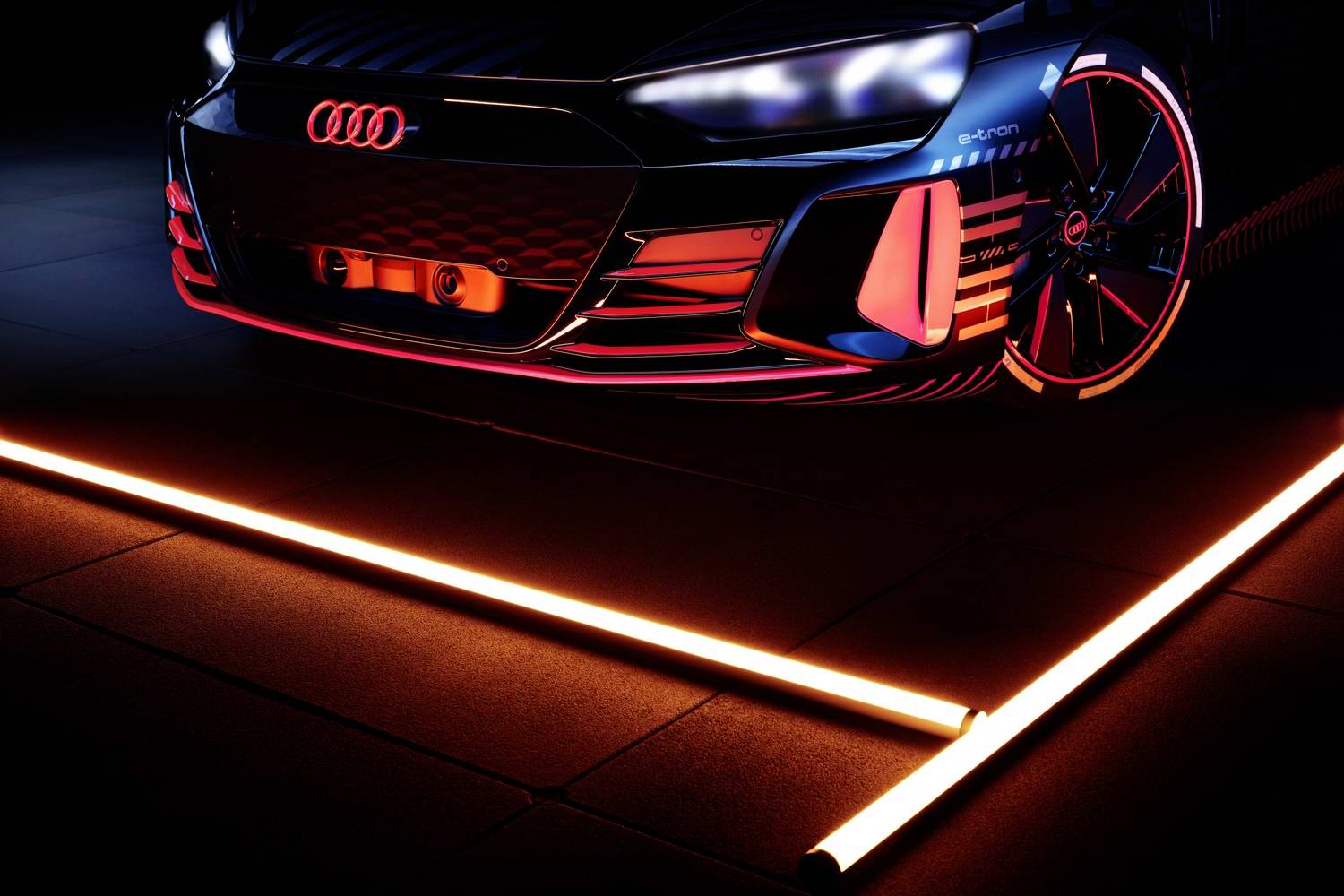 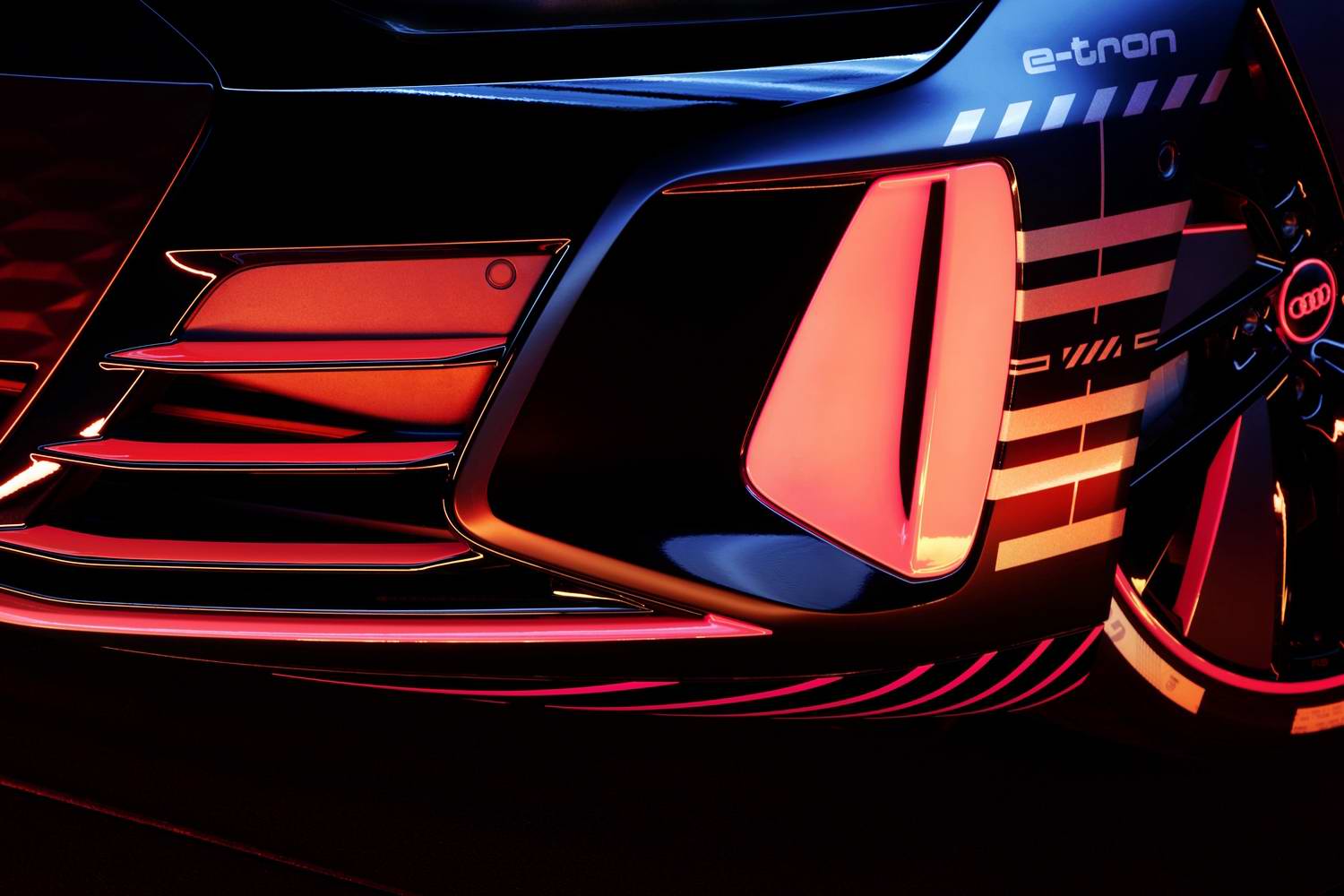 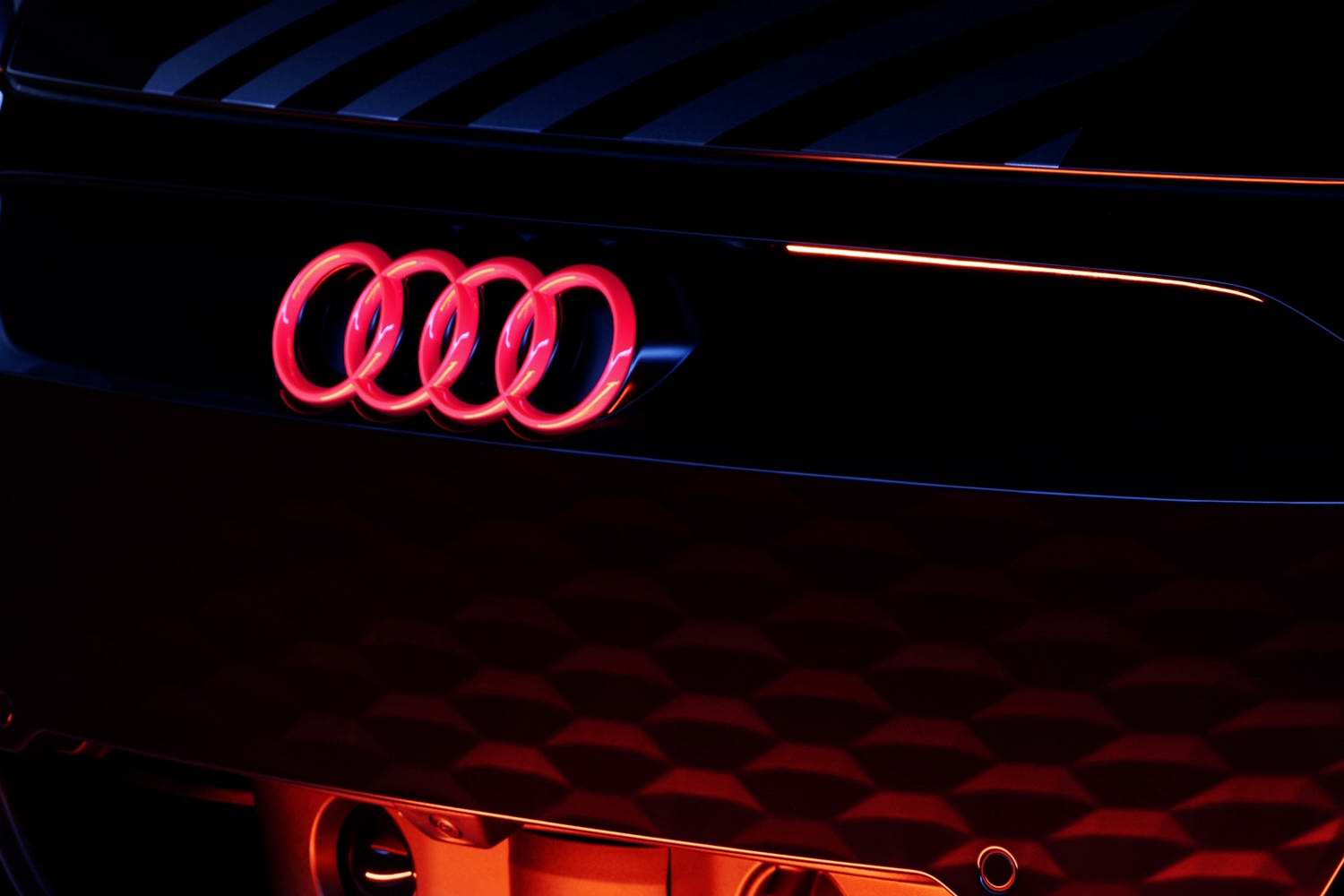 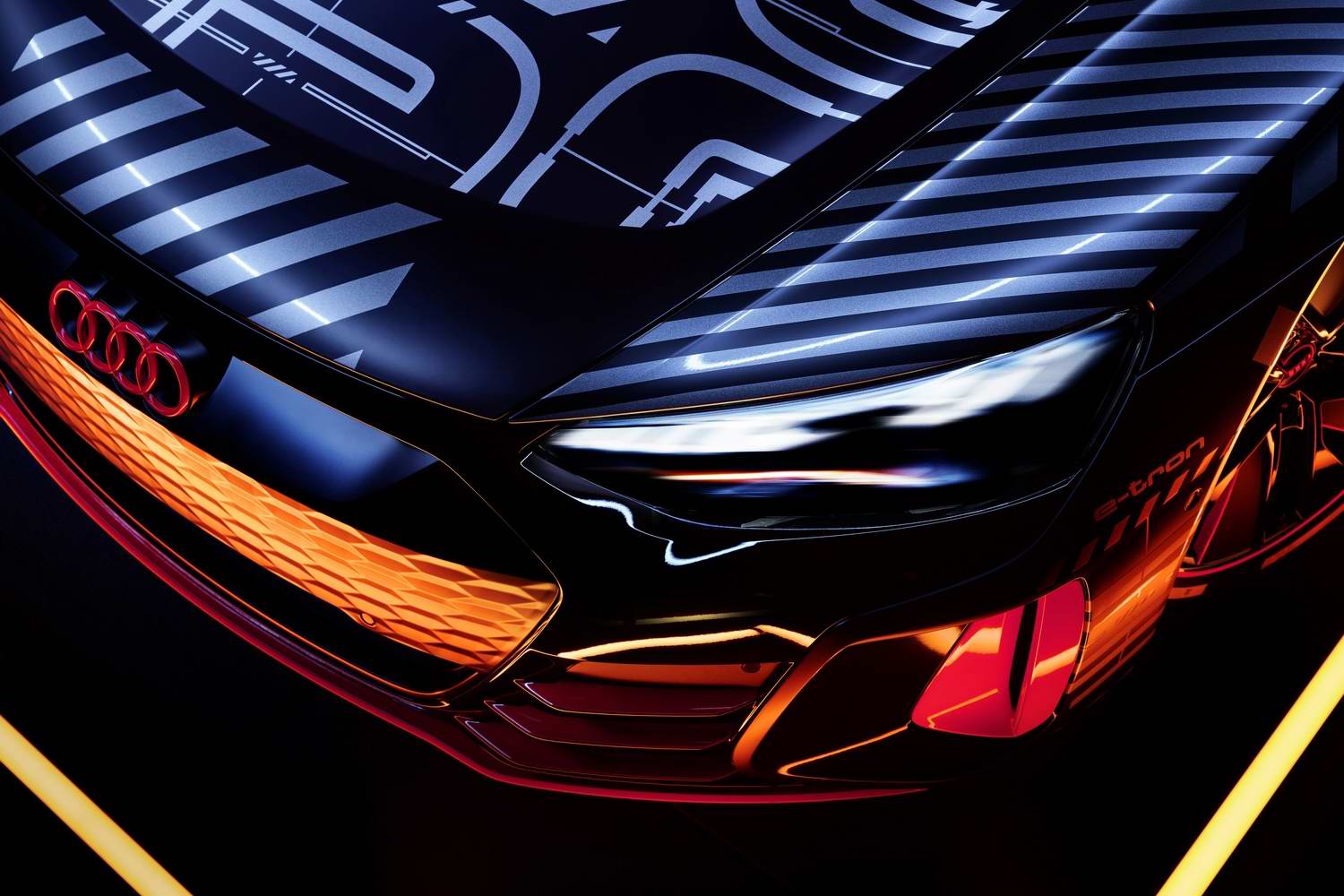 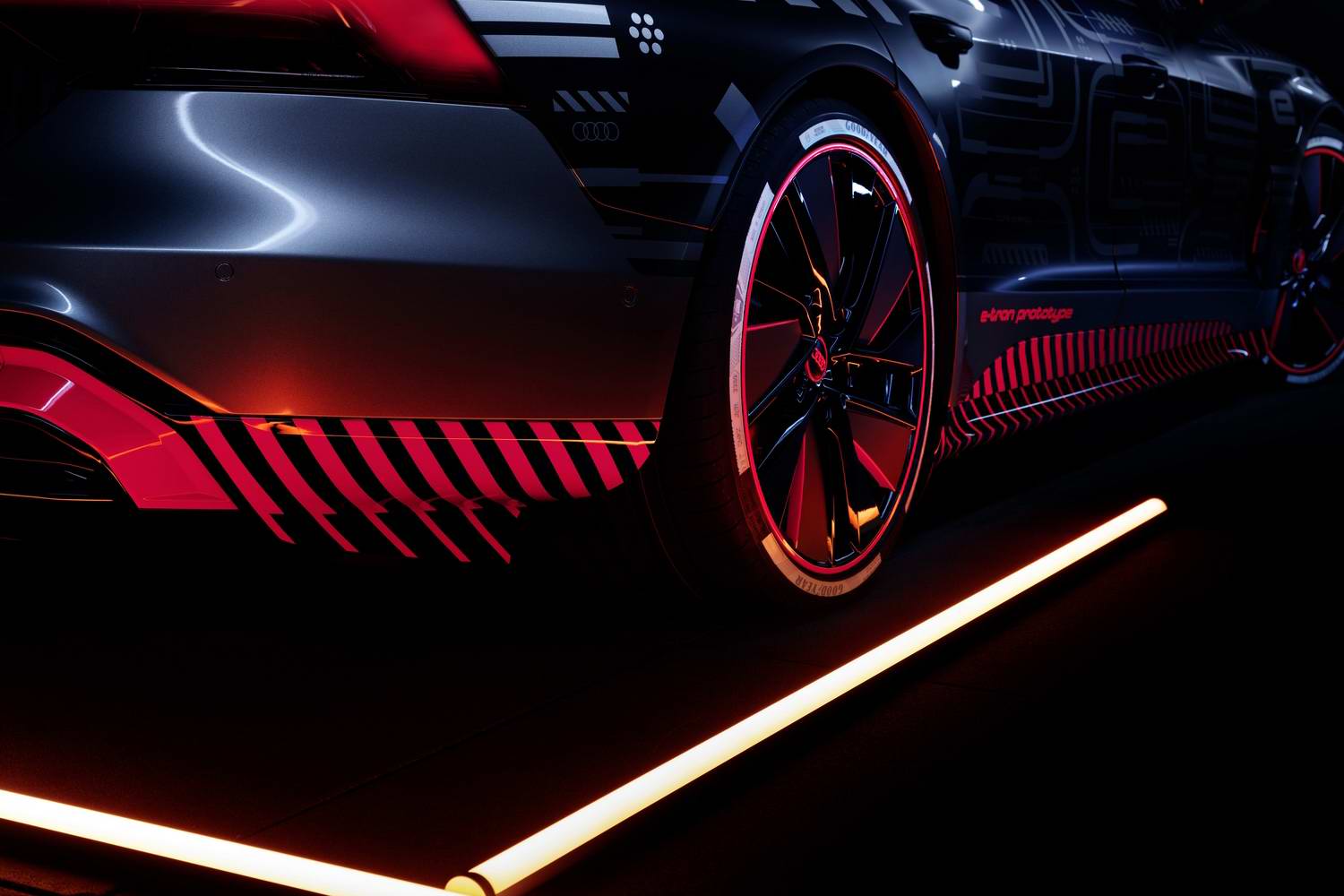 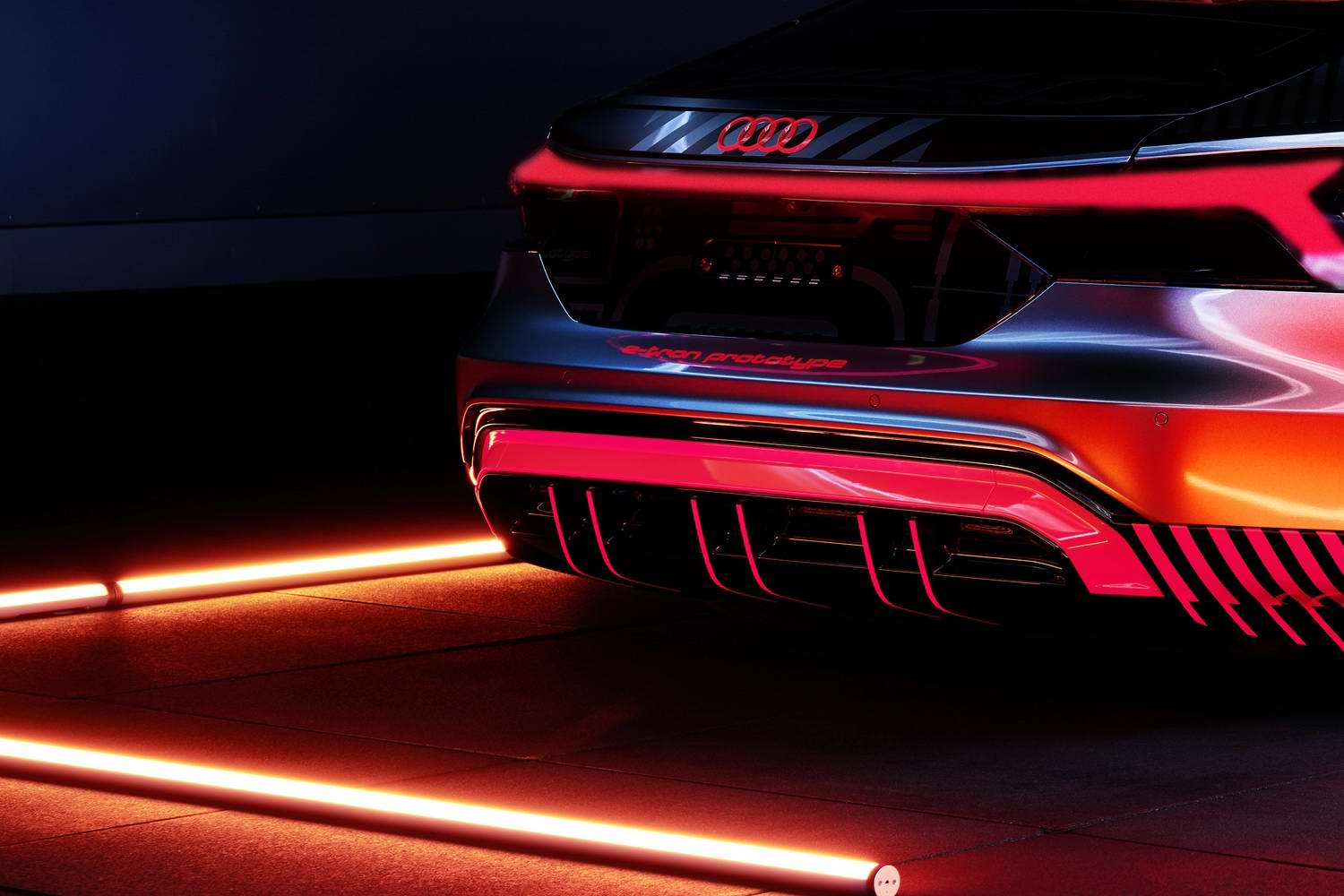 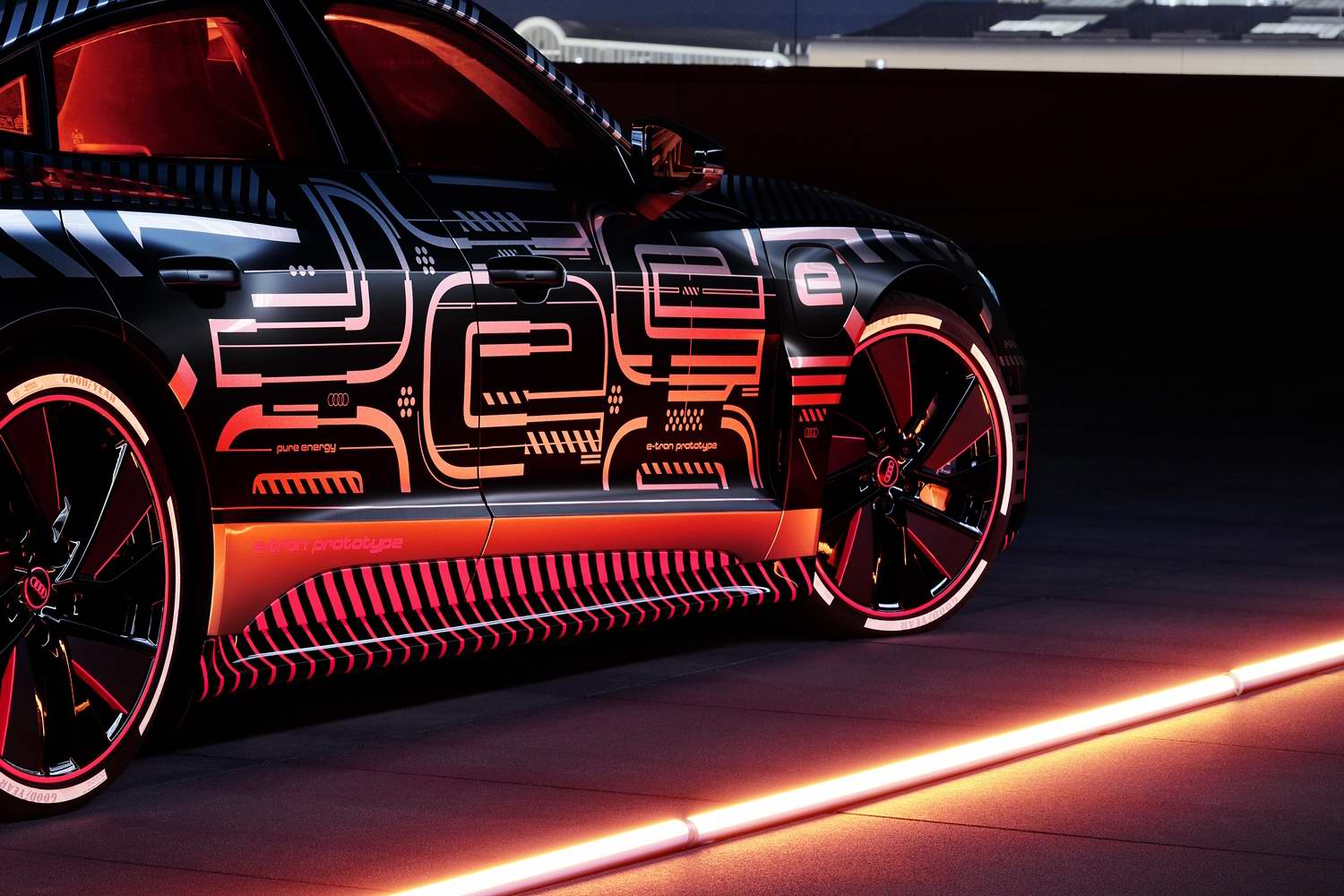 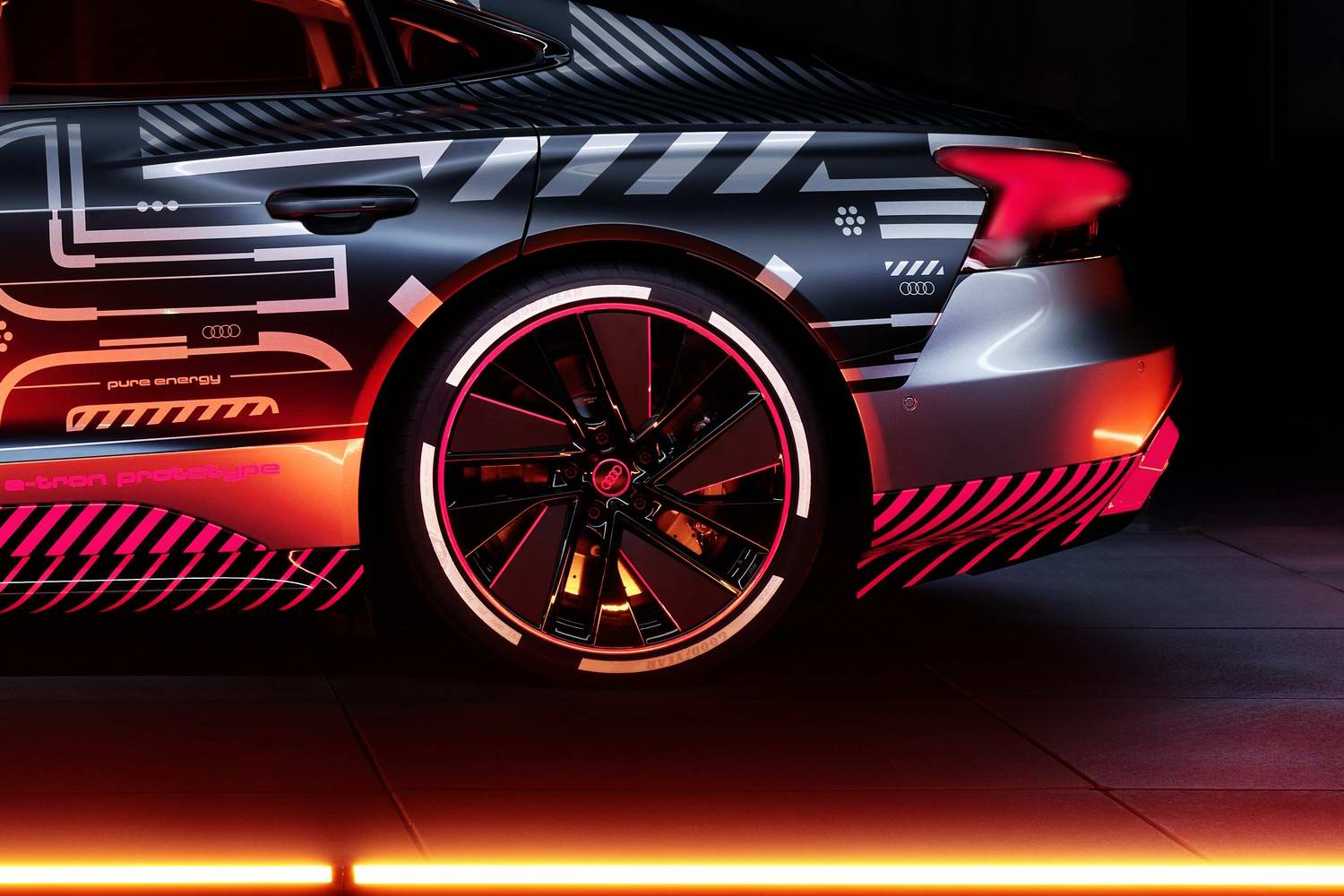 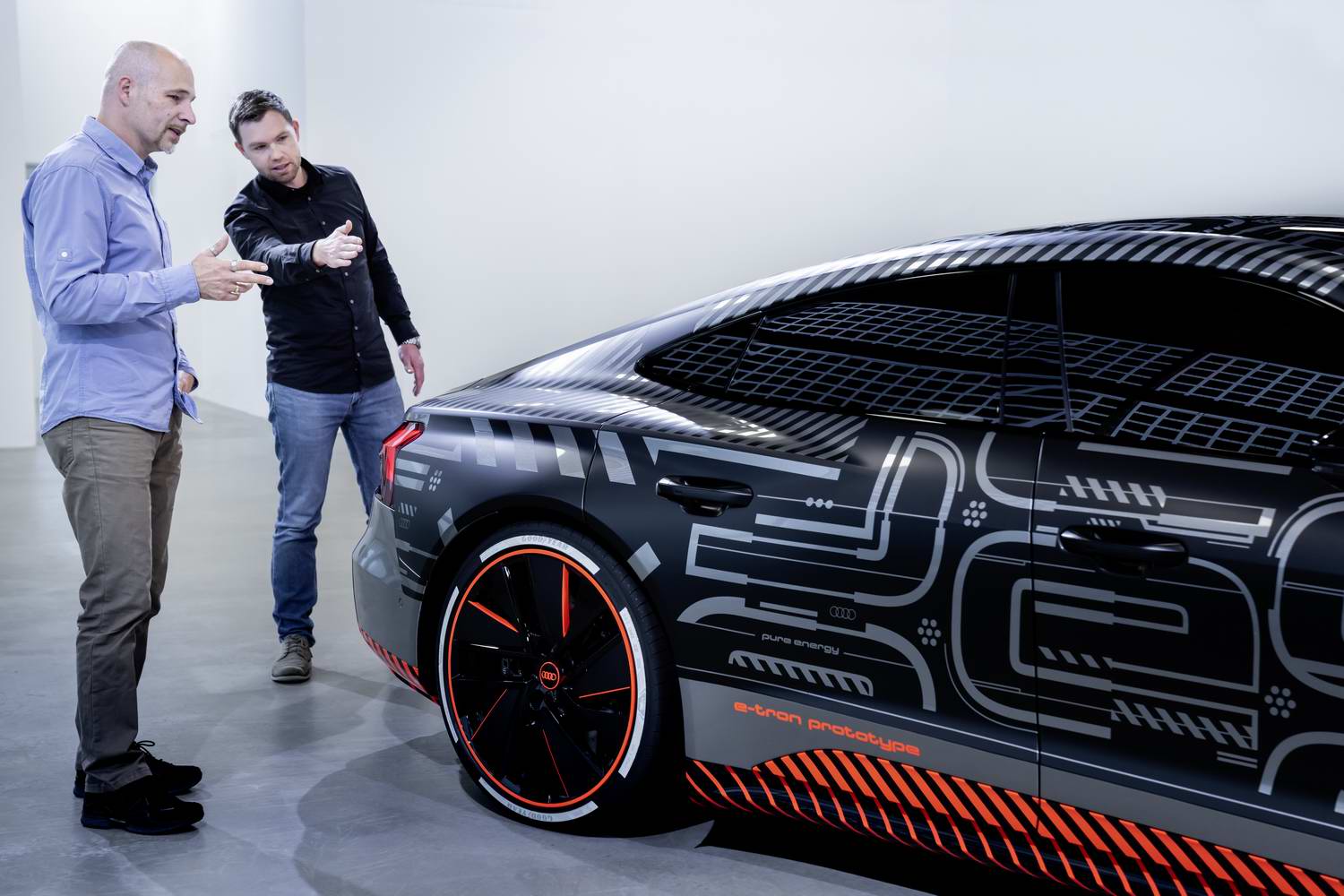 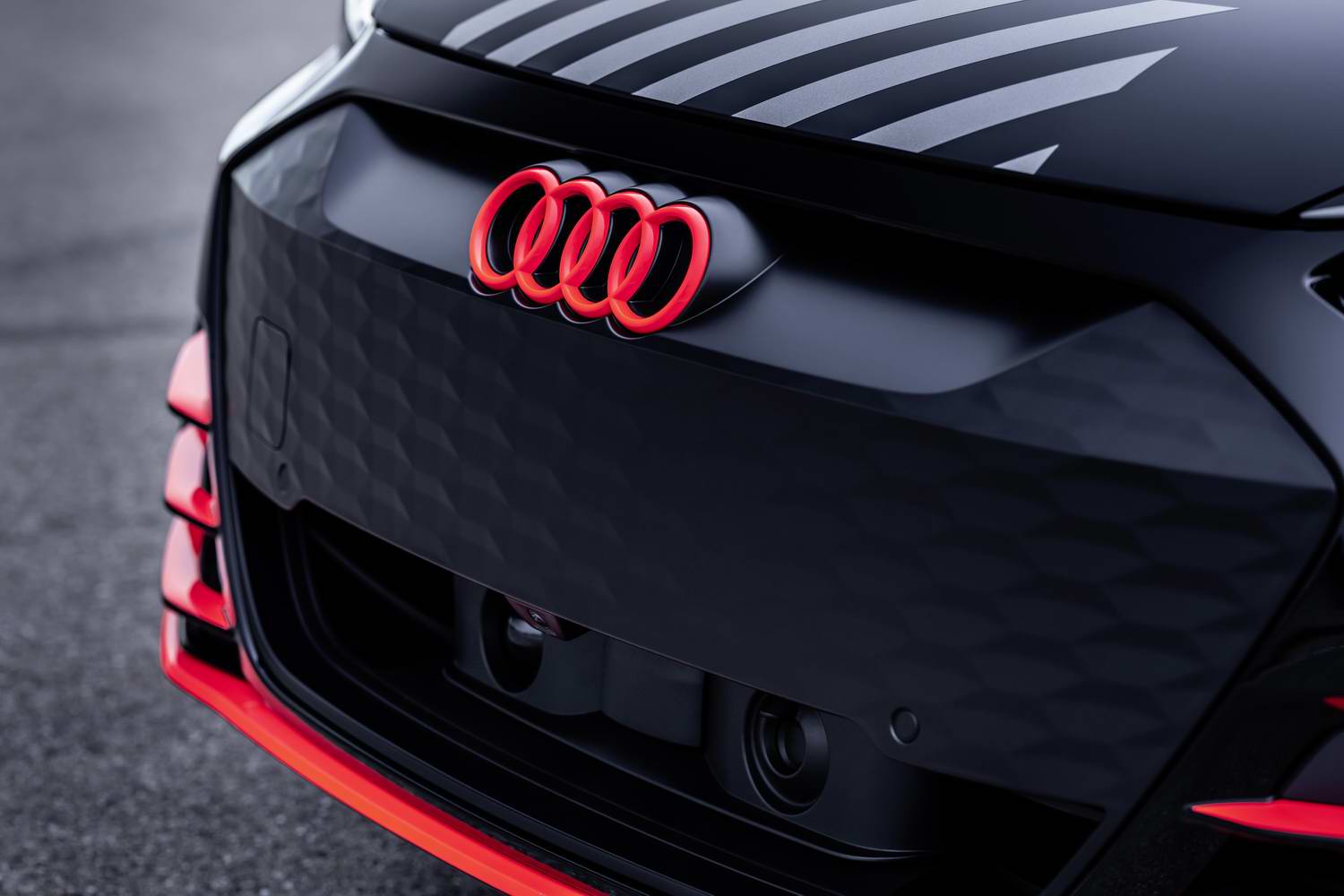 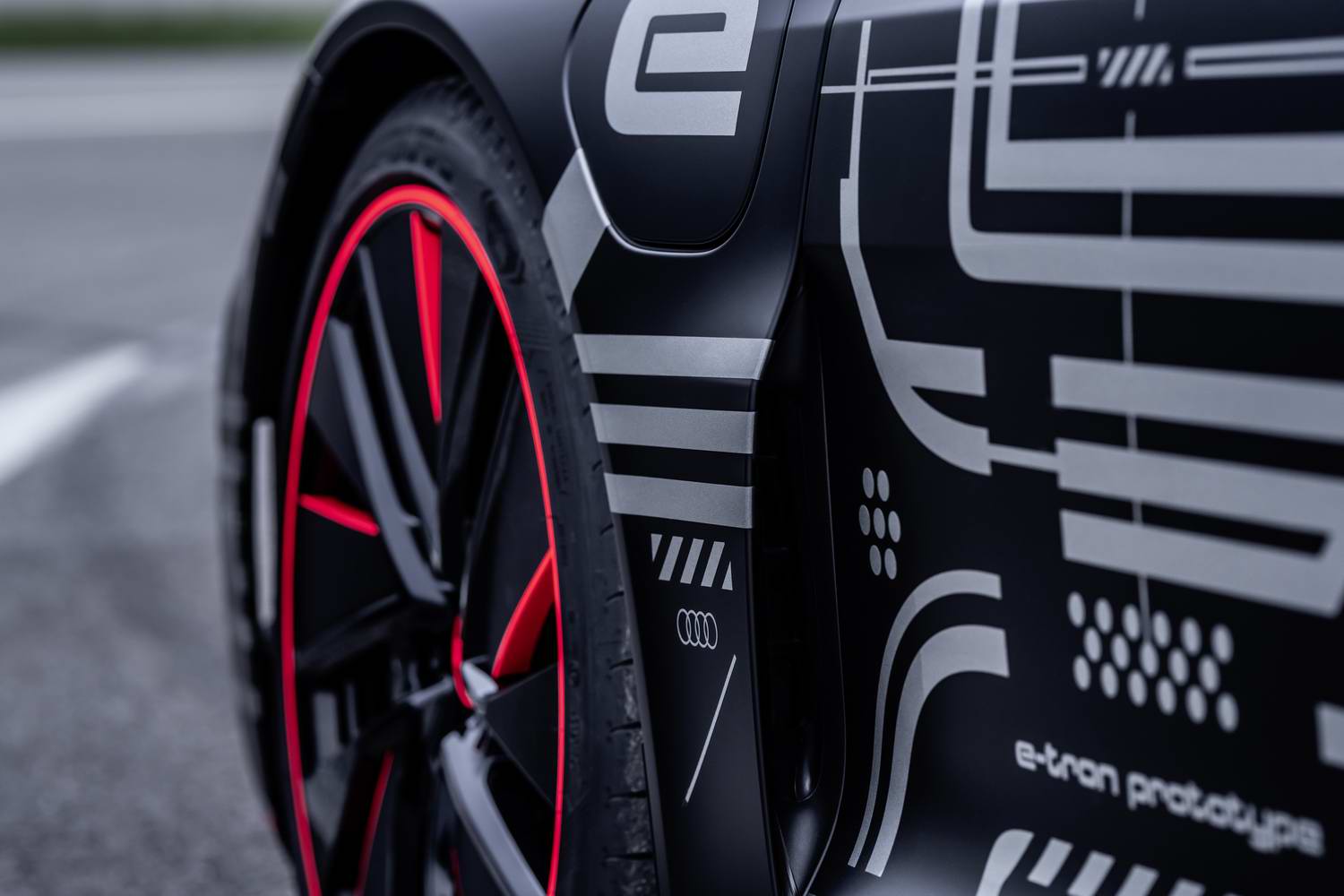 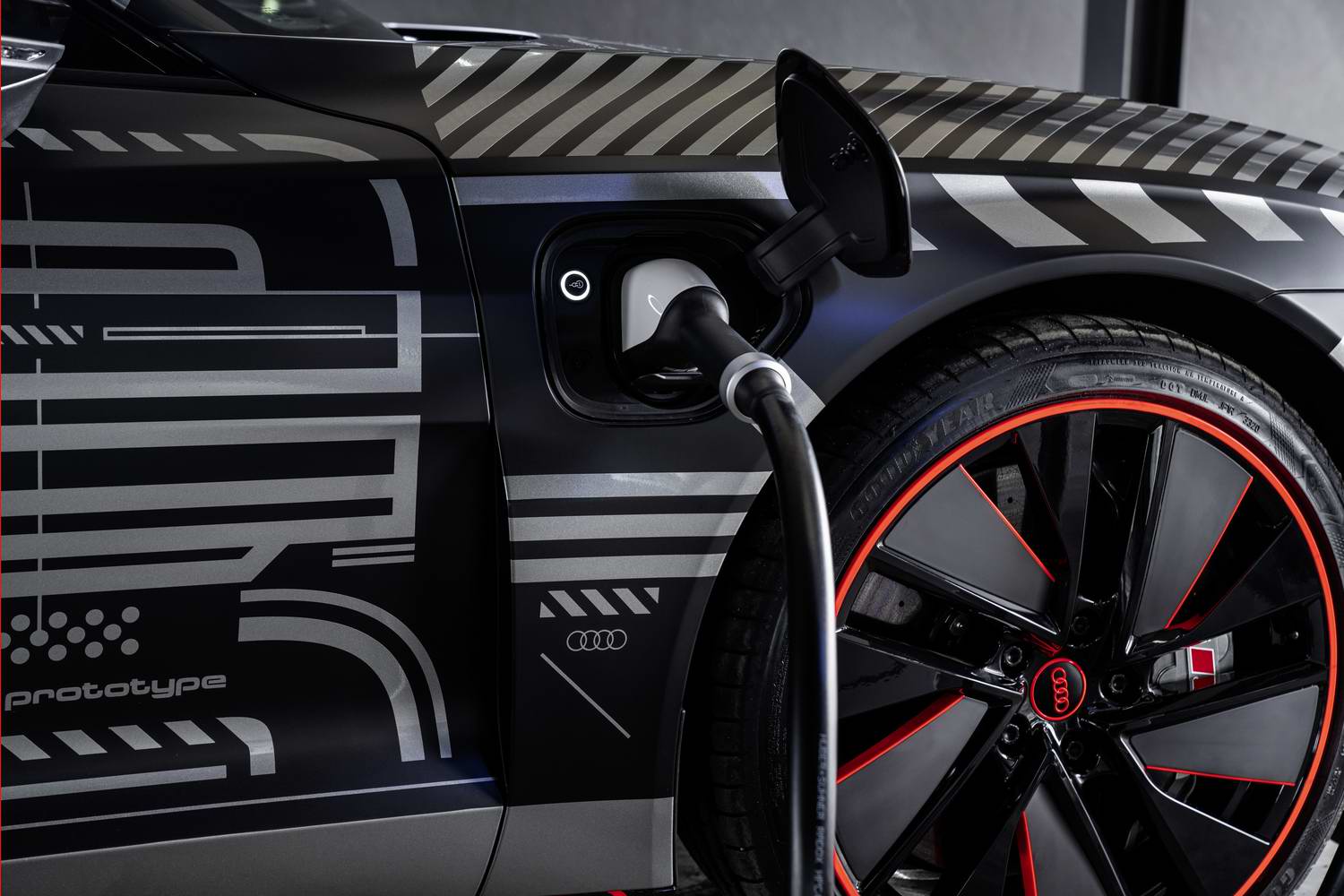 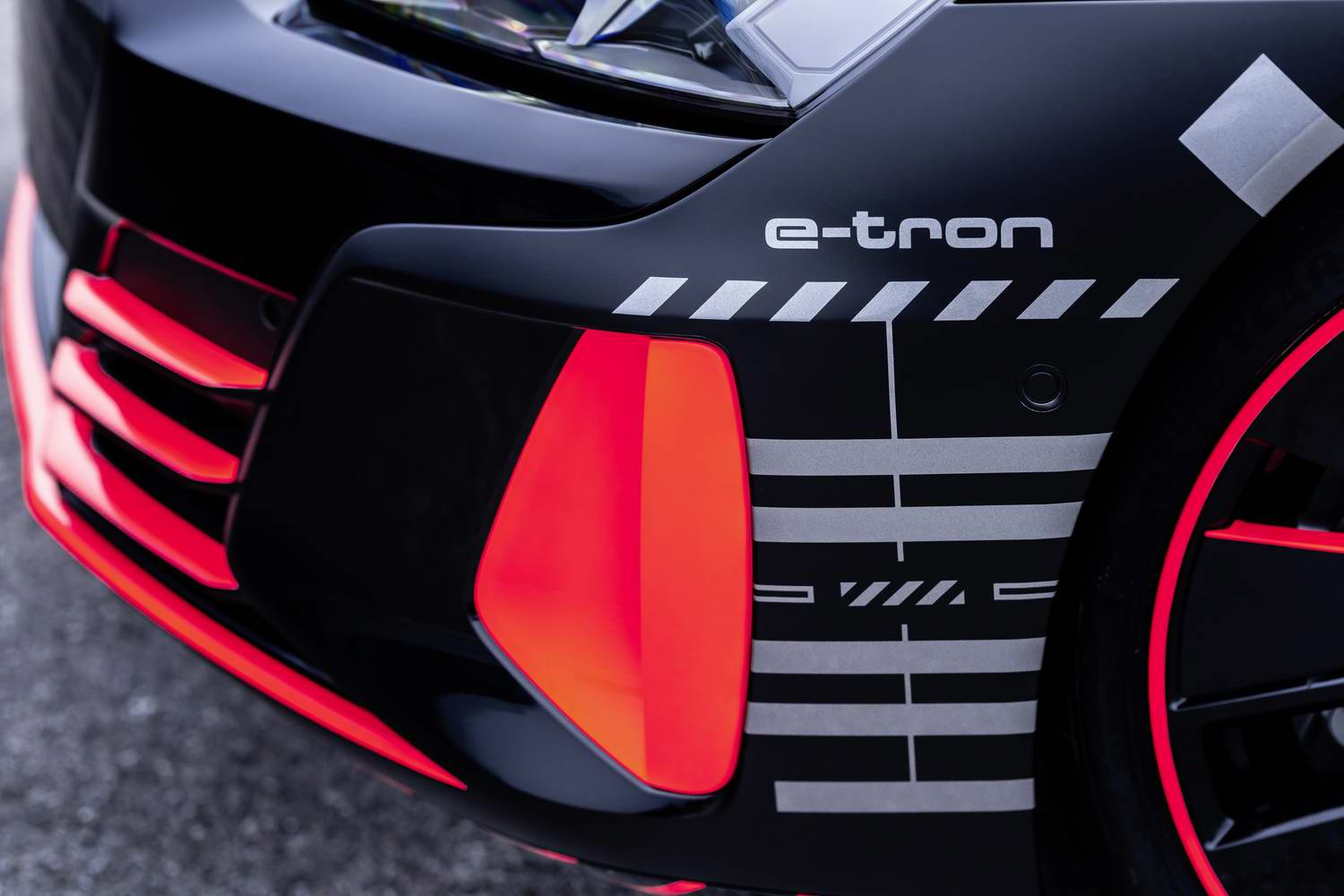 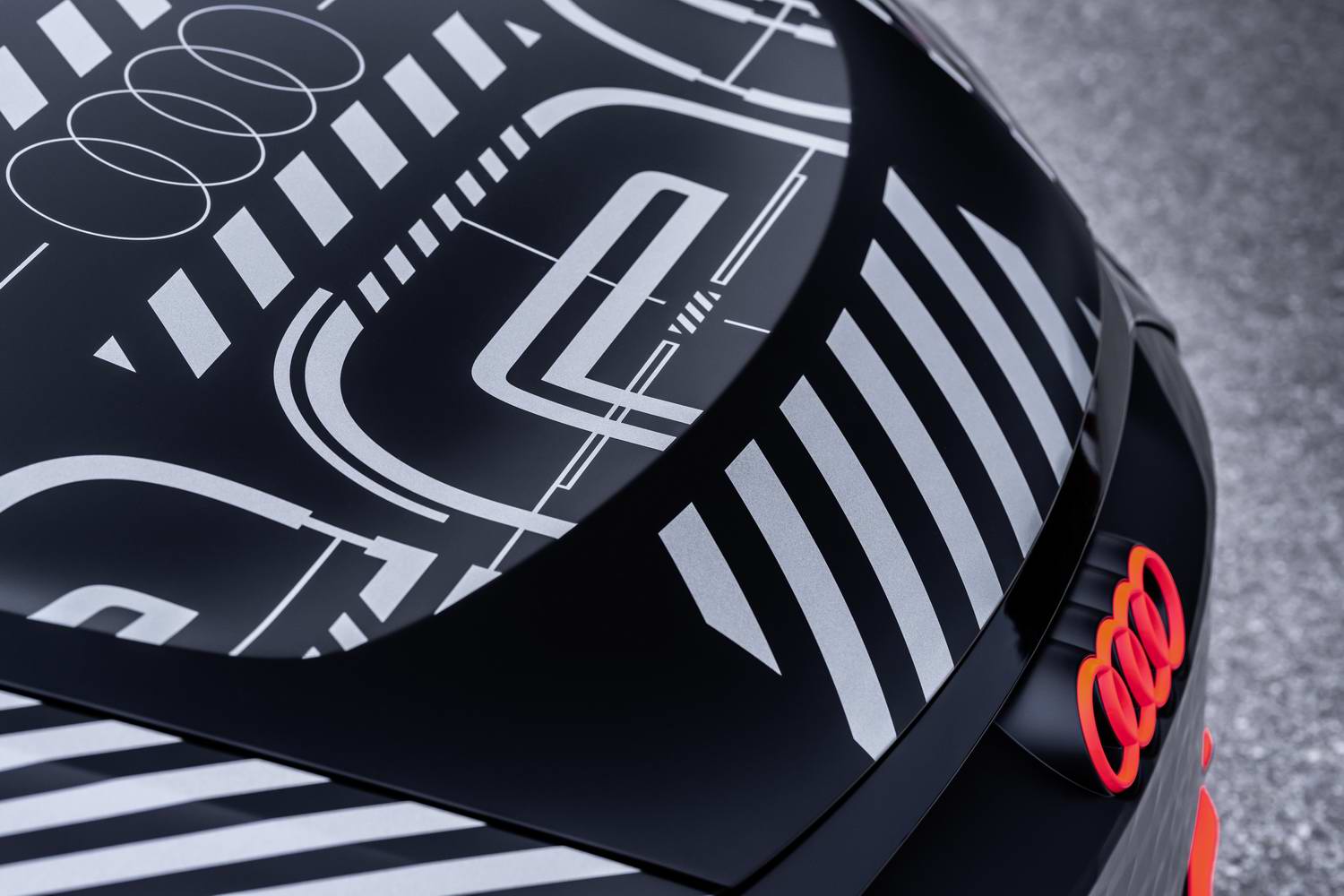 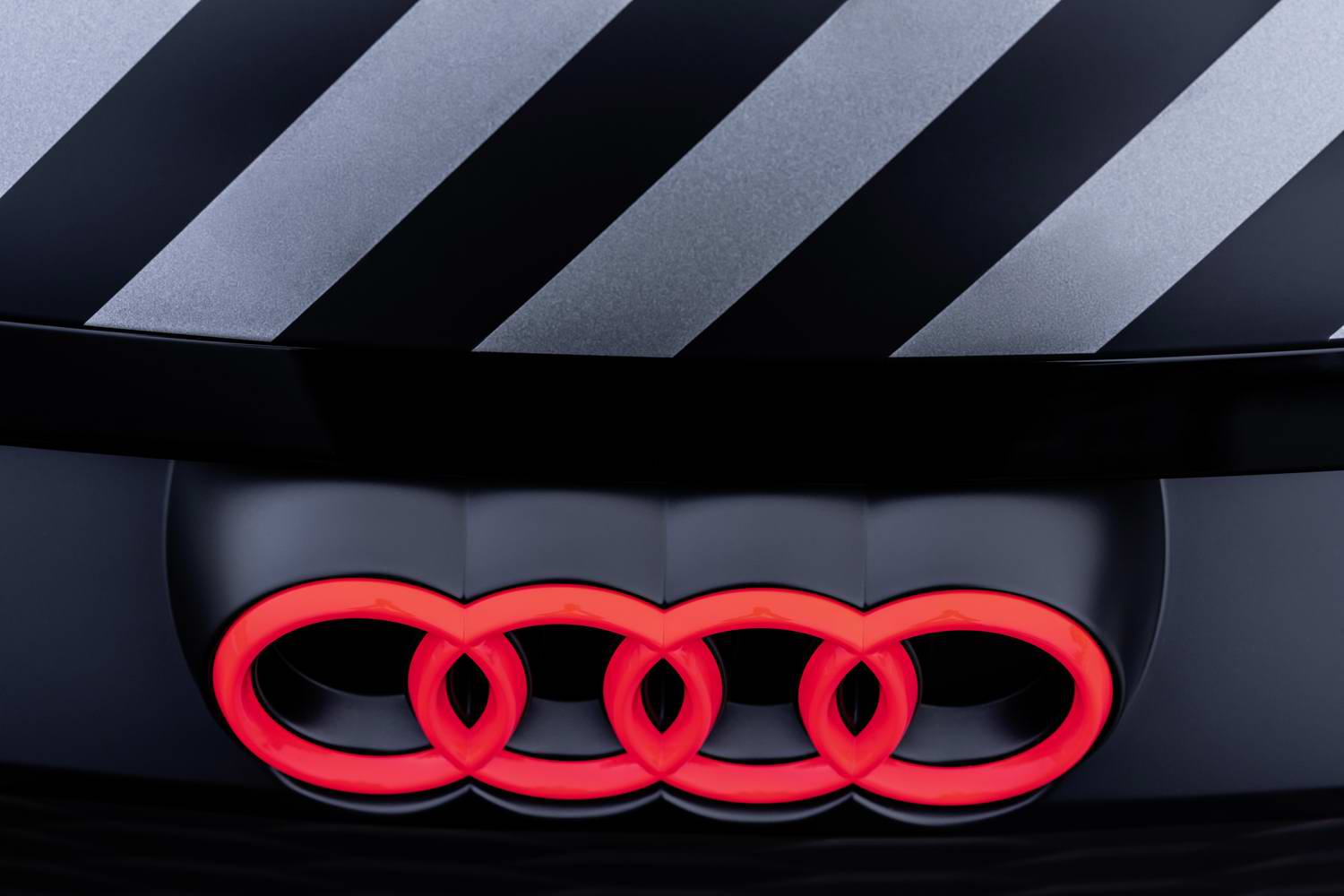 We strap in for a brief blast in Audi's new sporty EV, the e-tron GT.

There's a weird disconnect that happens when you're exposed to full acceleration, from low rolling speeds, in a mighty electric vehicle (EV), a moment where your mind is not fully convinced of what's happening in terms of drawing the pathway for a mental graph of 'speed versus noise'. It's almost as if a giant, invisible ice-cream scoop is hollowing out the back of your brain; truth be told, it's not the most pleasant experience in the world if you're not expecting your driver to plant the throttle, and we just so happened to make the mistake of trying to look at the dials in the cluster of the car we were being driven in, at the point the guy behind the wheel unleashed the full fury of the drivetrain.

Safe to say, though, that the incoming Audi e-tron GT, the EV in question, will be quick with a capital 'F'. Don't make the mistake of thinking this is somehow a fast electric SUV, by the way, because it is not an e-tron as you will already be familiar with. Instead, it is a swoopy-yet-chunky four-door saloon, aiming at the top end of the EV market. Aiming, in fact, right at the sort of territory occupied by the Tesla Model S and, more pointedly, the Porsche Taycan.

There's a good reason for this, of course, and while Audi will not want to talk about this too openly, the e-tron GT is basically its take on the same hardware that underpins the Taycan. And the e-tron GT will be built on the same production line as the Audi R8 supercar. This has necessitated Audi's clever teams to come up with dual-nature build stations on the production floor; for example, the point on the line where the engine marriage between the electric platform and the body of the e-tron GT takes place is also used for bolting suspension into an R8. The people working on these two vehicles there really do have plenty of variety, as well as working on what will turn out to be Audi's most powerful production models - delivering their prodigious power in markedly disparate ways.

Having said that, we don't know much about the e-tron GT's specifics at this stage, so it'll be a case of extrapolating from the Porsche Taycan family. Audi allowed us to look round, prod and poke at, listen to and then ride in a heavily disguised e-tron GT, with the car's full visual debut due to take place later in October. Even with garish camouflage and searingly bright orange accents on the wheels and lower side skirts, it's plain to see the Audi's chamfered, edgy and aggressive styling won't be as slick and smooth as the Porsche's, and despite all the 'Audi-fication' of the bodywork you can see the Taycan's DNA in the upper-rear window line as clear as day.

So far, Audi hasn't pinned down the numbers, but speculation informed by the Taycan suggests the e-tron GT will be broadly analogous to the Taycan Turbo, while a forthcoming (and confirmed) Audi e-tron GT RS model will almost certainly be a re-skinned Taycan Turbo S. That means you're looking at around 600hp from the GT and 670hp from the RS, with the same 800-volt electrical architecture as the Porsche. Audi's mentioned a range of more than 400km and even the capacity to charge the car wirelessly at up to 11kW, although - again - these are not confirmed facts about the e-tron GT.

What we do know is that two sound engineers within the company have spent a long, long time ensuring the Audi e-tron GT has a distinctive voice. Using inspiration from all sorts of strange corners, such as science-fiction movies (hint: think the pod racer scene from Star Wars) and even the noise of wind blowing down a six-foot length of scaffolding pipe (no, really), they've come up with a low, menacing, booming hum to the e-tron, which it emits from the front at low speeds in order to satisfy worldwide legislation on pedestrian safety. Ramp the car up into its more aggressive driving modes and there's more noise outside at the back of the vehicle, while the speakers within amplify the GT's exertions for the occupants. It's not the same as the noise a Taycan makes, which plays its own electric motors boosted to louder levels through the in-car entertainment, but the e-tron GT certainly has an idiosyncratic and somewhat cool sound to it. Of course, trying to explain a noise in written prose is hard, but think about the dark, brooding, background minor-key note that you might hear in a sci-fi flick, in order to build suspense as our protagonists enter an unfamiliar yet dangerous environment, and you're kind of on the right track with the e-tron GT's digital rumble.

It was this that our driver was trying to demonstrate during the dynamic sampling of the e-tron GT, and the differences in tone between the various drive modes. To be fair, the driver in question was one of the two sound engineers - yes, truly - and, while he was exuberant behind the wheel, it would be very fair to say he's not the most... gifted test driver we've ever sat in a car with. Hence the surprise at the sudden smash of acceleration, as well as the copious amounts of understeer he was coaxing out of the e-tron GT's chassis. In his, and the Audi EV's defence, we will say the test drive was conducted on a dusty, low-grip apron of tarmac at Munich airport, and that much of the e-tron's nose-led tendencies were more to do with our driver's unfettered enthusiasm for showing off the soundtrack at the expense of getting the balance of the car right for high-speed turn-in.

So, what do we know about the e-tron GT that we didn't before? Well, not a huge amount, naturally; this was a teaser event, designed to heighten anticipation of the Audi EV, prior to it going on sale in 2021. We know it is built to fastidious standards by the team on the R8 production line, but then 'German company builds really high-quality cars and then examines them in the minutest detail before approving them for sale' is not headline news, is it? Nor is the fact a circa-600 horsepower EV feels rabidly fast. What we do know, though, is that the e-tron GT plays a symphony unlike any other car on sale right now, electric or otherwise, and that it'll be in big demand when Audi finally opens the order books. Just make sure you're looking directly out of the windscreen of an e-tron GT if the driver wants to show you what it can do, though, yeah?