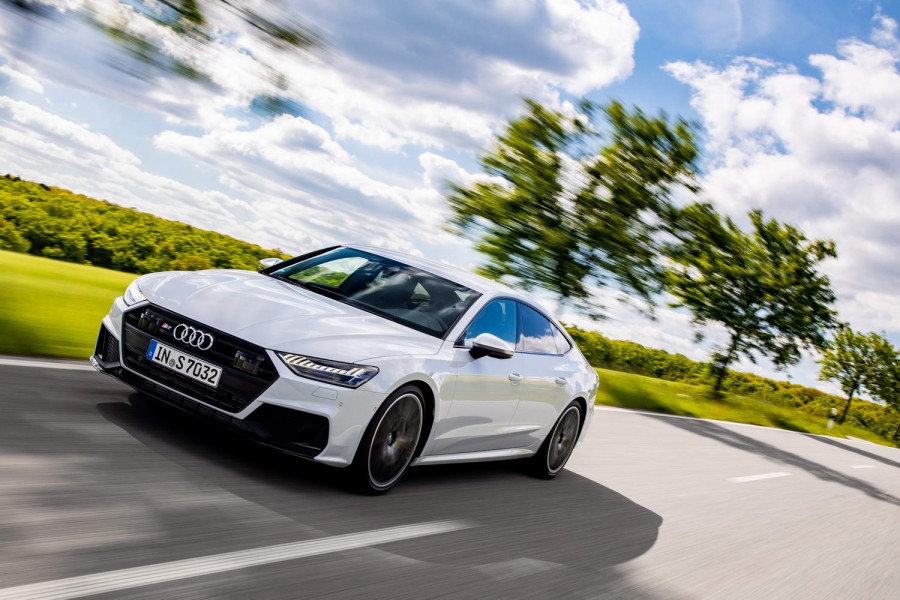 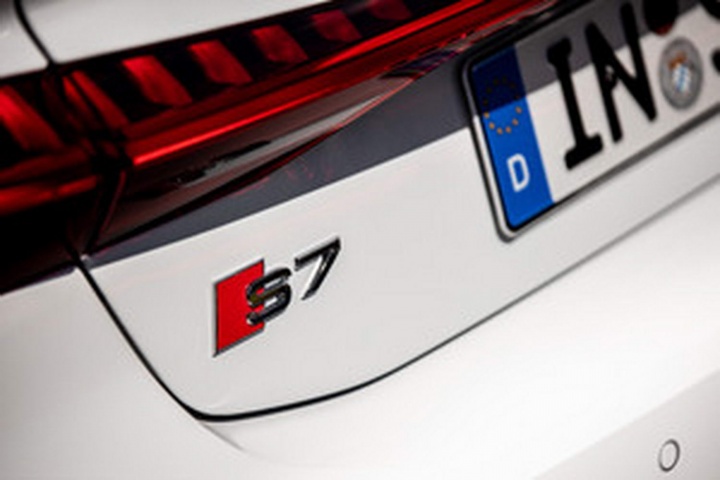 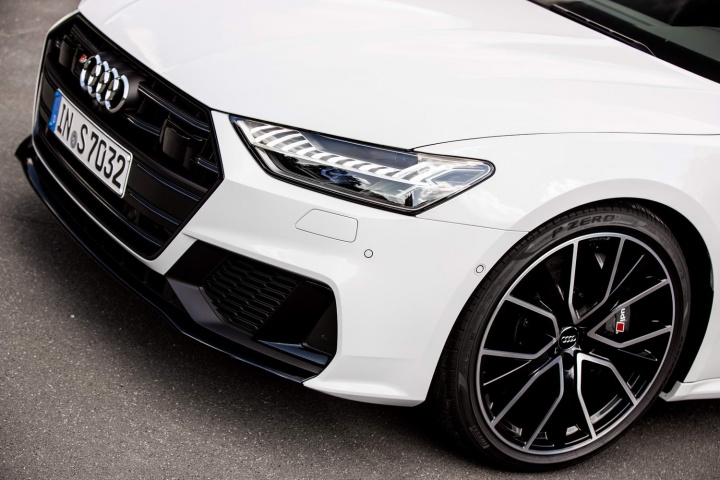 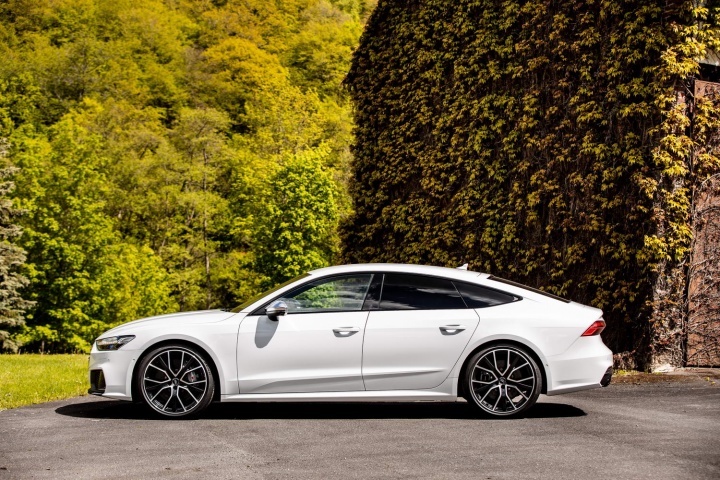 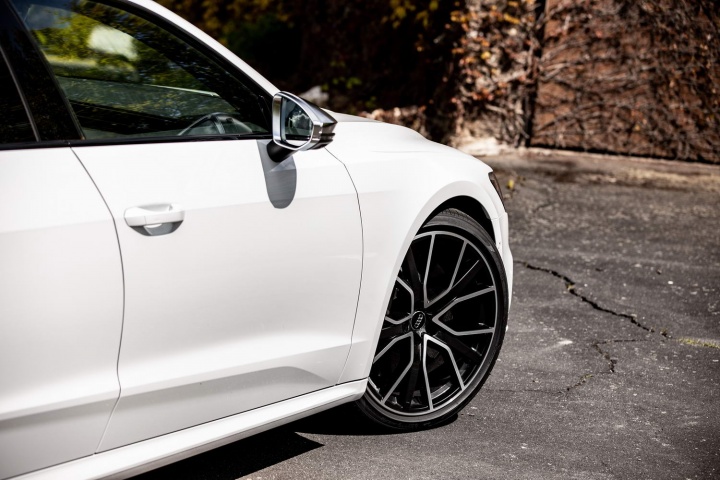 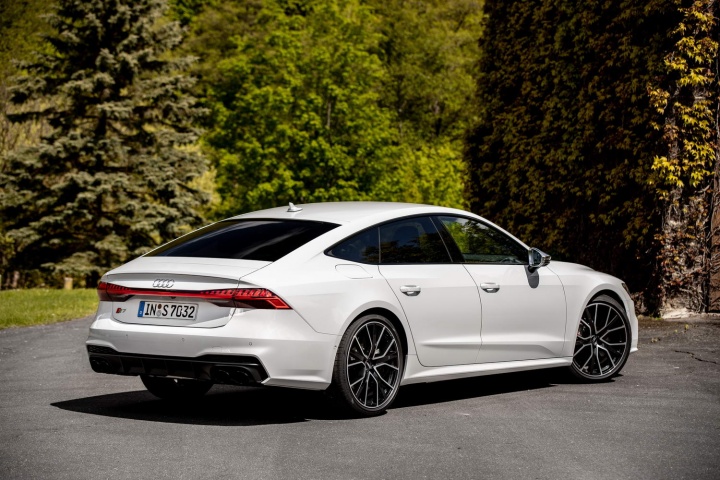 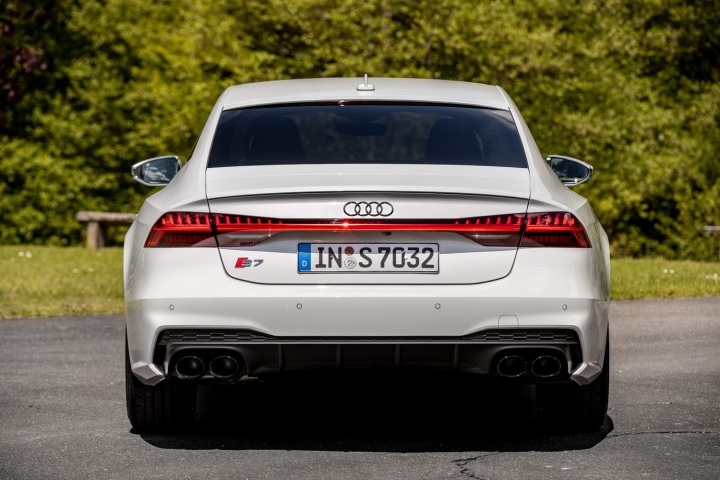 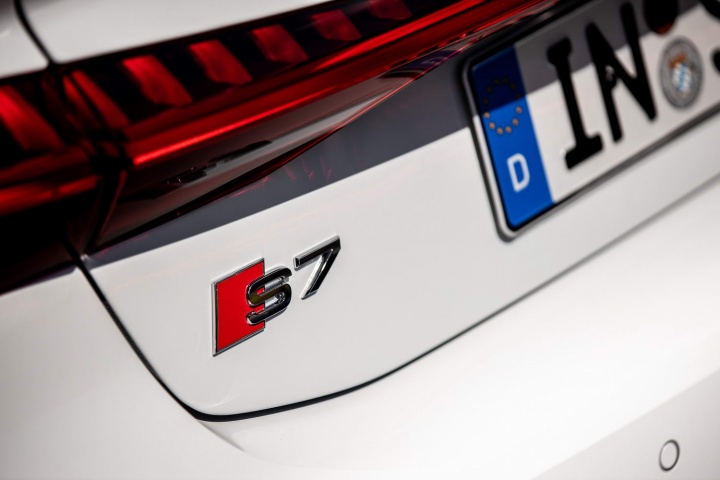 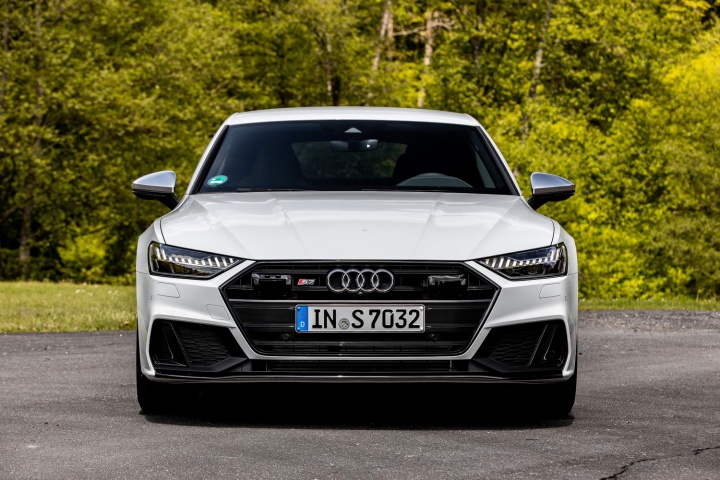 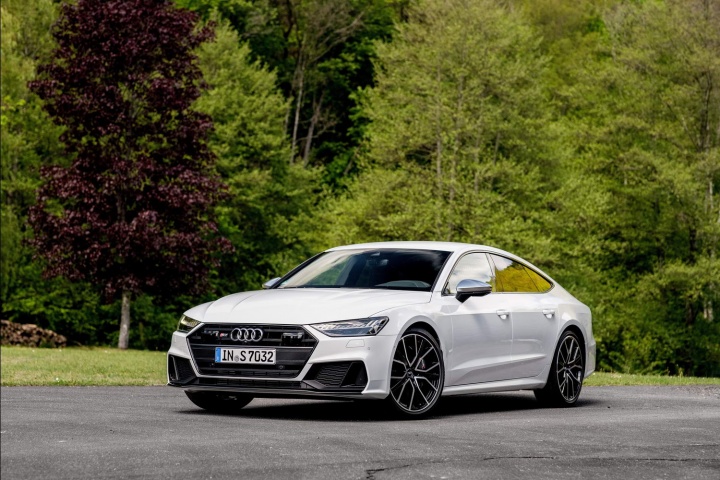 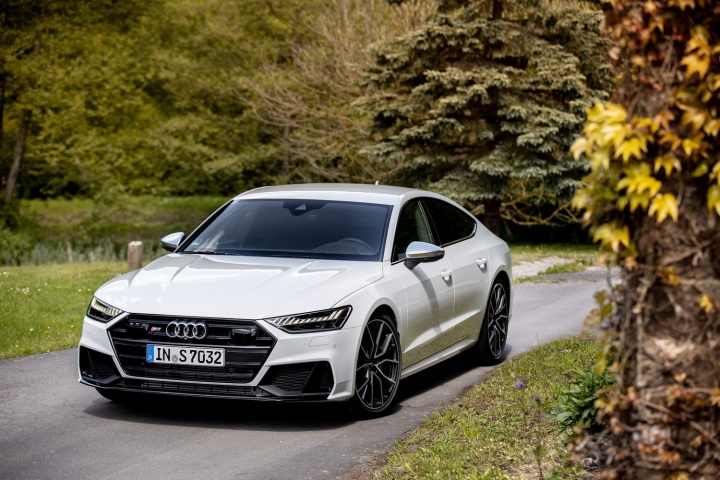 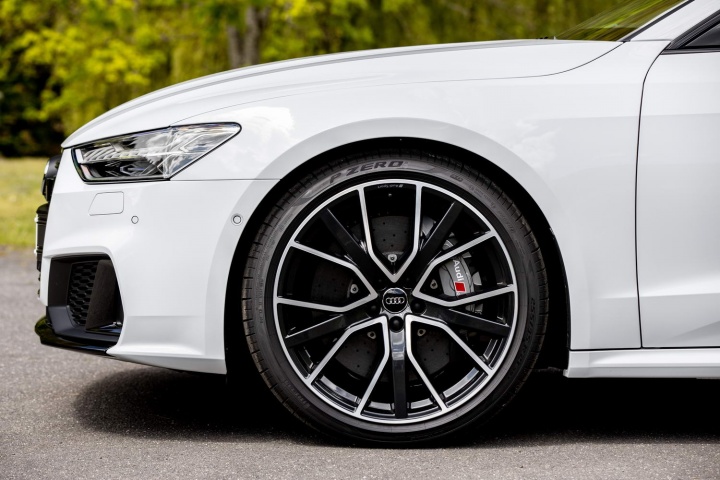 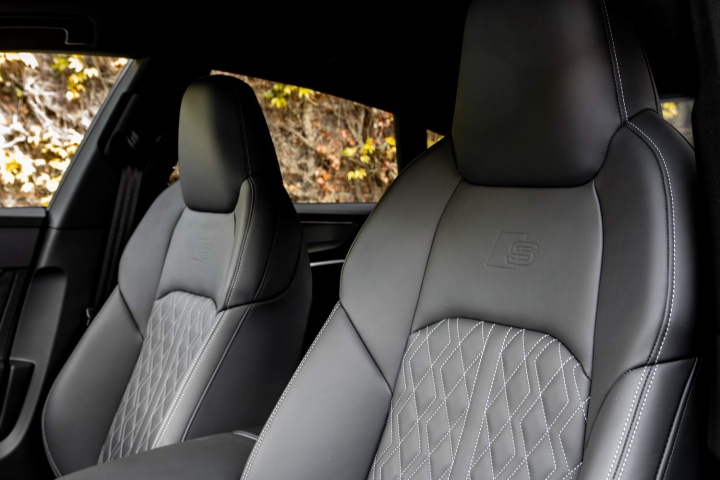 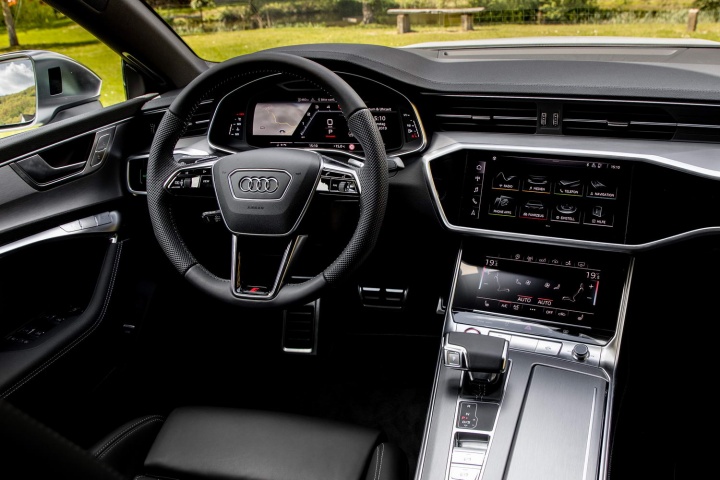 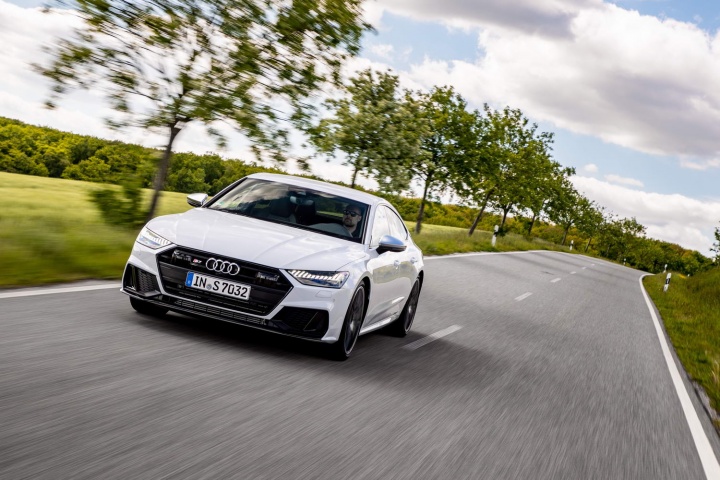 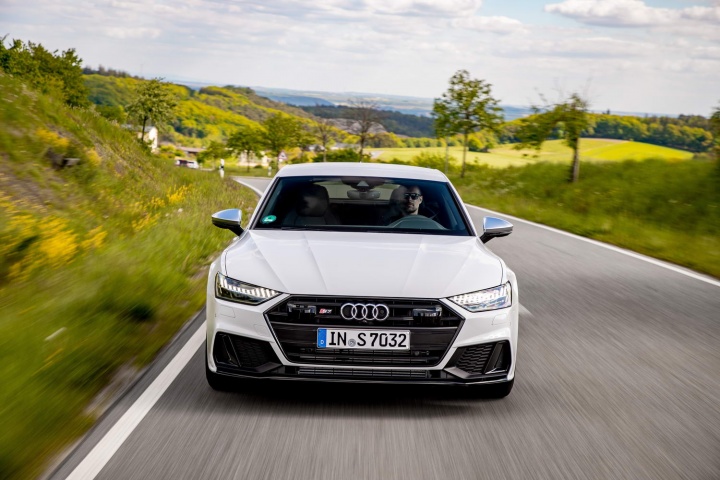 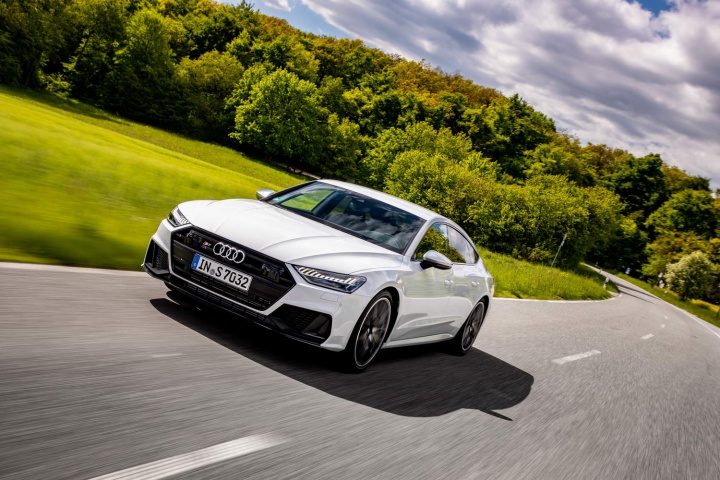 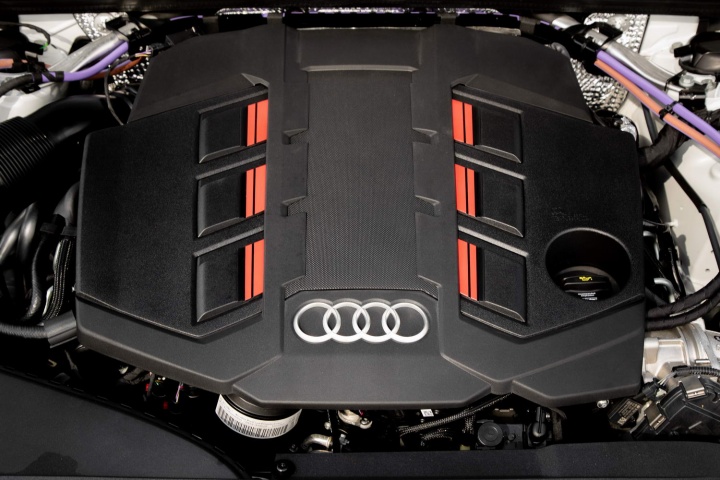 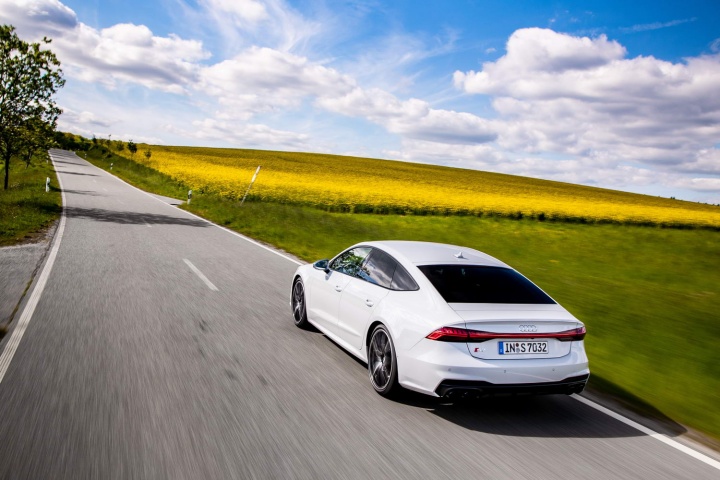 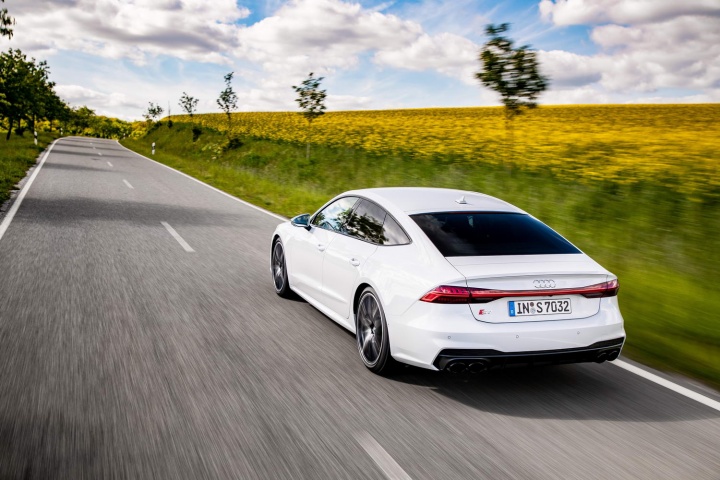 Big diesel power for the latest S7, but the performance Audi coupe leaves us a bit cold.

Audi installs a 3.0-litre V6 TDI in its sportiest model of A7 Sportback, giving us the second take on the S7 formula. But, while the shift from the old car's biturbo V8 is not a bad one on Audi's part, the latest S7 continues to feel like it is slightly missing the mark somehow.

We like the Audi A7 Sportback in its regular guises and so the S7 - with 20-inch wheels as standard and some beefy lower body styling - is a cracking-looking machine. There's still the feeling, though, that a few of the 'four-door coupe' rivals look better than the Audi, although some competitors undoubtedly look a lot worse (cough, BMW 6 GT, cough), and we're also of the opinion that if you want a four-door performance motor of this ilk with four rings on its nose, the launched-at-the-same-time S6 saloon would be a better, cheaper bet.

Nevertheless, for those with their hearts set on an S7, its exterior appearance is going to put precisely the square root of zero people off (unless you're REALLY against fake exhaust exits, in which case don't look at the quad charlatans clustered at the back of the Audi). And the same goes for the cabin, which is the three-screen digital magnificence of all the latest, high-end Audis. Ergonomically sound, tactile to the touch, solidly constructed, the S7's cockpit is a wonderful place to have to spend some time.

The S7's problem is its parent company's insistence (and Audi is not alone on this score, you must understand) in calling it a four-door coupe. The very use of the 'c'-word immediately plants the idea in your head that the S7 must be sporty and thrilling to drive, whereas - as we've asserted in our review of the S6 Avant elsewhere on this site - S-model Audis don't necessarily need to be fire-breathing dynamic dragons. So we're a bit conflicted about this one.

For a start, the S7 doesn't ride with the same grace as the S6. Something about the S7's sportier outlook means that the chassis settings don't feel as fluid and cosseting as they are on its smaller sibling. It's not as if the S7's ride is out-and-out uncomfortable, but there are more abrupt vertical movements to the body in the wake of large compressions in the road. However, there's no extra handling verve as a payoff for this impact on comfort, because the S7 is as per the S6: competent, stonkingly rapid, possessed of a fabulous (if sonically massaged) soundtrack and involving to steer... up to a point.

And so, while it might look like a shocking case of dual standards from us, while we adore the way the S6 Avant goes about its business, we're not quite so enamoured of the S7. This is because a fast family estate can get away with being a bit inert at the absolute limits of the handling envelope, whereas a coupe (even if you disagree with that definition of the S7 Sportback as such) should be a bit more exciting.

Don't get us wrong, we do like the S7 Sportback and the adoption of that 700Nm turbodiesel engine brings the same benefits to this car as the S6; it's thunderously fast in the midrange and it also never shows the slightest inclination of struggling with the Audi's bulky 2,010kg mass, mainly because the 48-volt mild hybrid electrical system drives the electrically powered compressor that negates turbo-lag (shame the gearbox displays hesitance to sudden full-throttle inputs). But, while we'd concede this S7 is a better, more rounded car than its petrol predecessor - to whit, while it might be 101hp down on power, it's 150Nm up on torque, only half-a-second slower to 100km/h, exactly as fast at its electronically limited top end and yet 50g/km better on CO2, with 6mpg-better quoted fuel economy on a tougher testing protocol - it's not a car we yearn to drive again as soon as possible.

The same high level of equipment as found on other S-model Audis in the €90,000 ballpark is fitted to the S7 Sportback, but at €95,000 and a few hundred Euro more, it is not inexpensive. It's also four grand in excess of the S6 Avant, which is clearly a finer all-rounder, and a not inconsiderable €6,590 on top of the mechanically identical S6 saloon. You can probably work out what buying advice we'd give you next, then...

A very handsome, premium four-door gets a very competent new diesel drivetrain and becomes a very compelling large performance machine in the process. There's no doubt the S7 Sportback is a fine car, because it's an expensive Audi - which means it reeks of desirability and has the sort of secure, preposterous all-weather pace that this quattro-obsessed brand is renowned for. However, we think there are better, more engaging fuel-sipping rivals elsewhere in the S7's class, while there are also preferable uses of the 3.0-litre MHEV turbodiesel drivetrain within Audi's own portfolio... the S6 being the most obvious example. 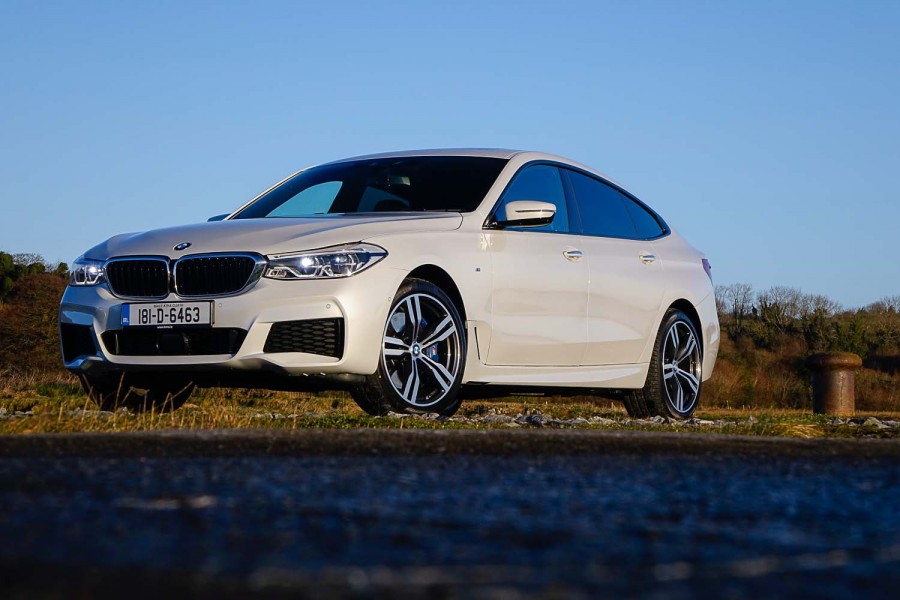 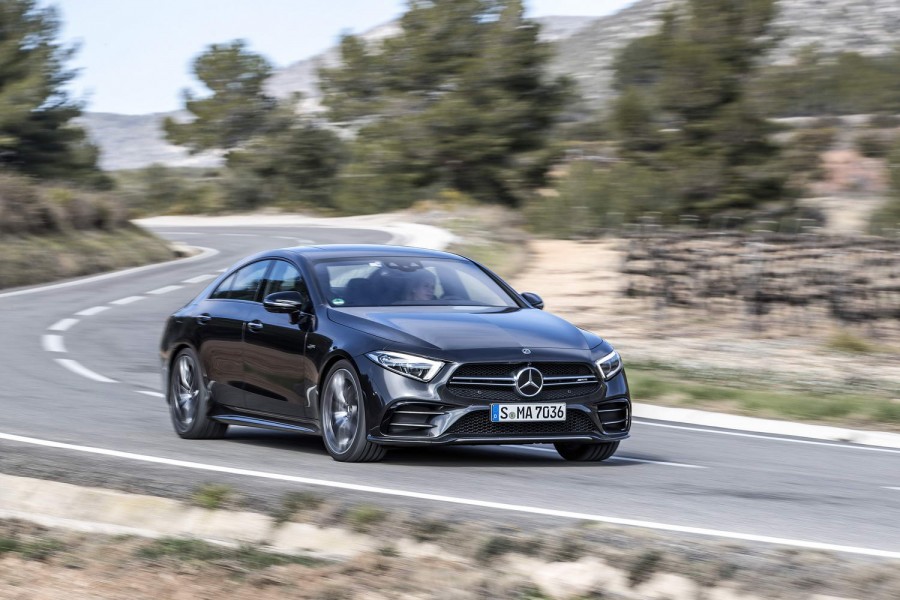