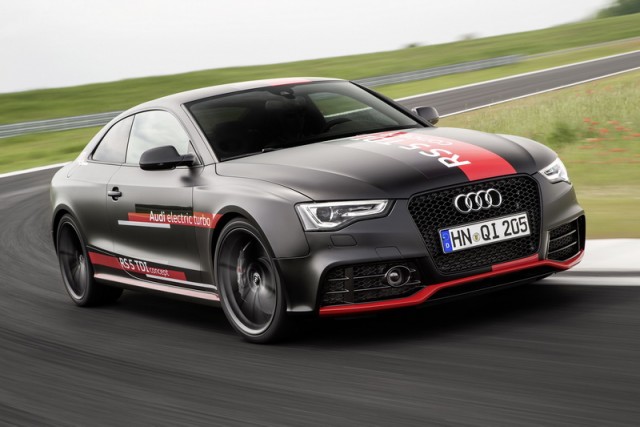 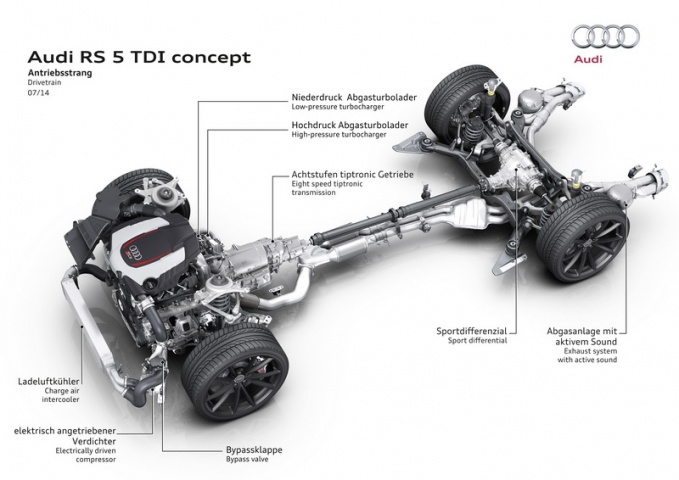 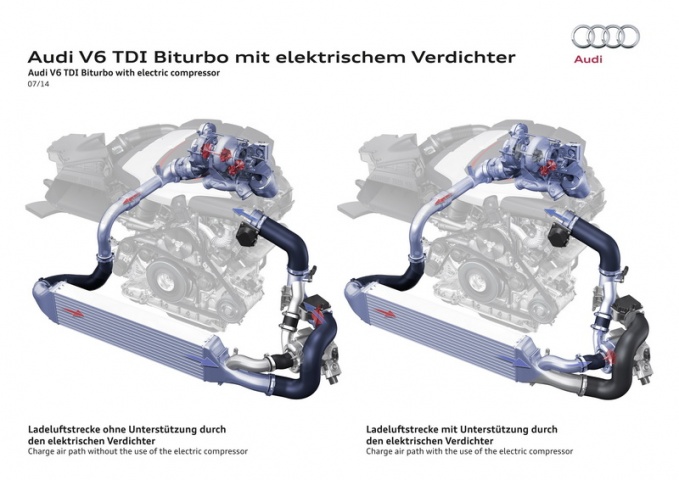 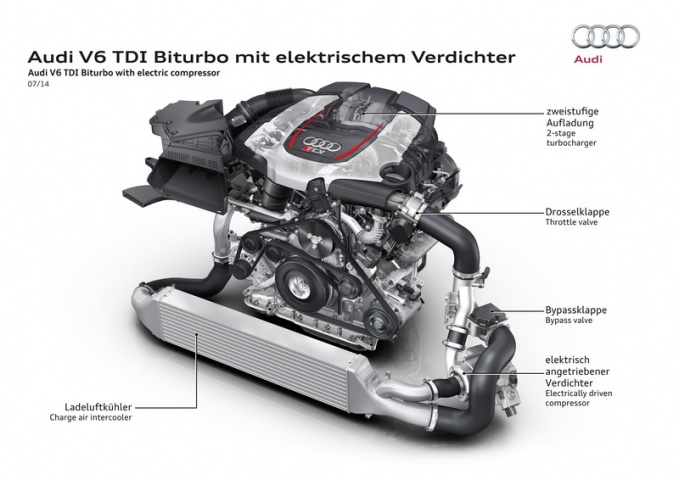 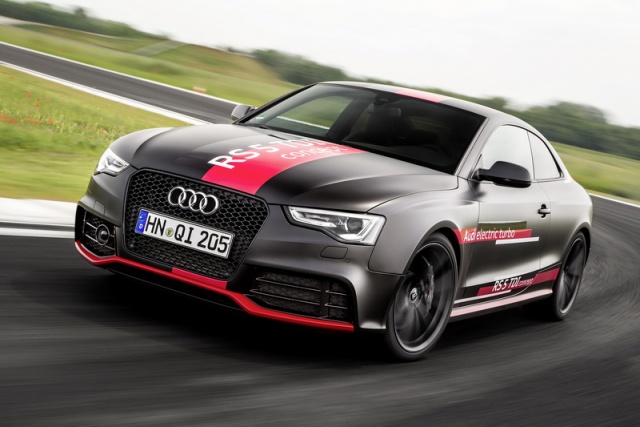 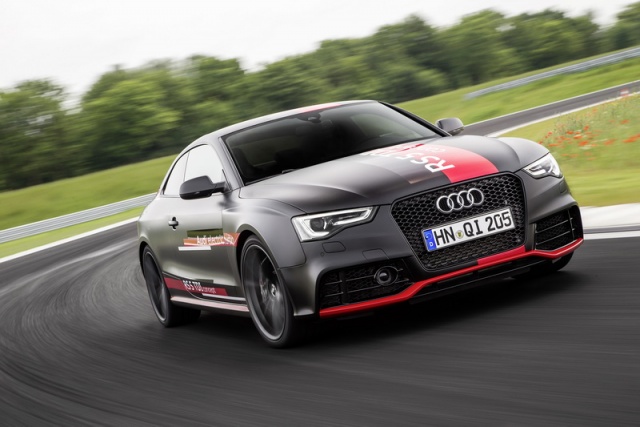 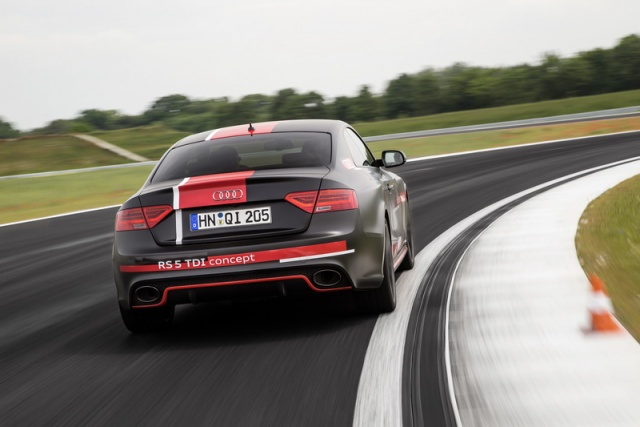 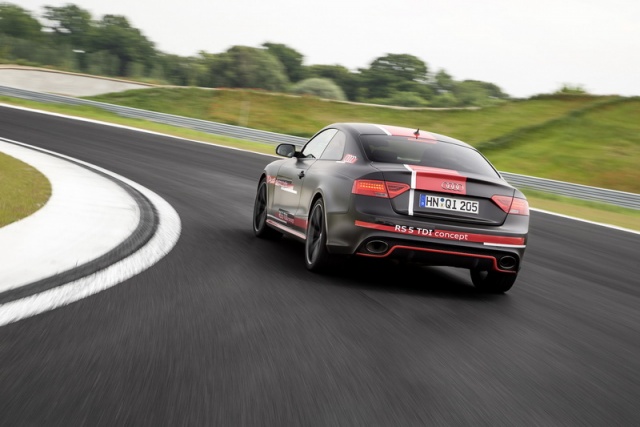 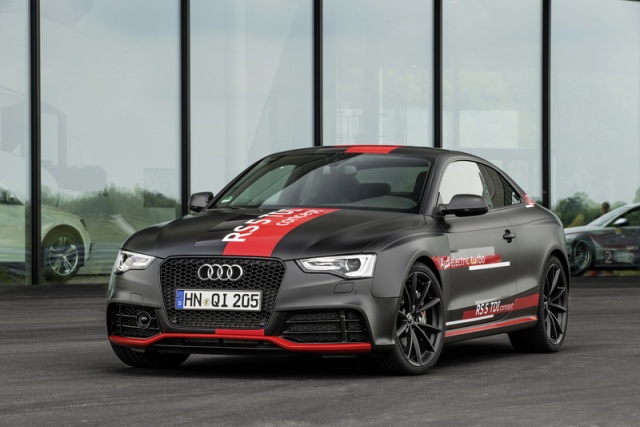 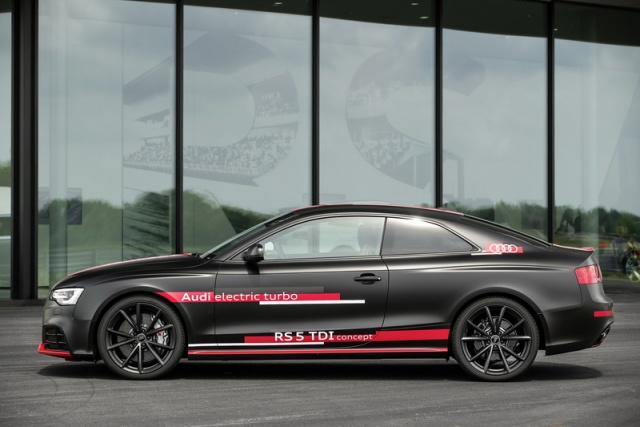 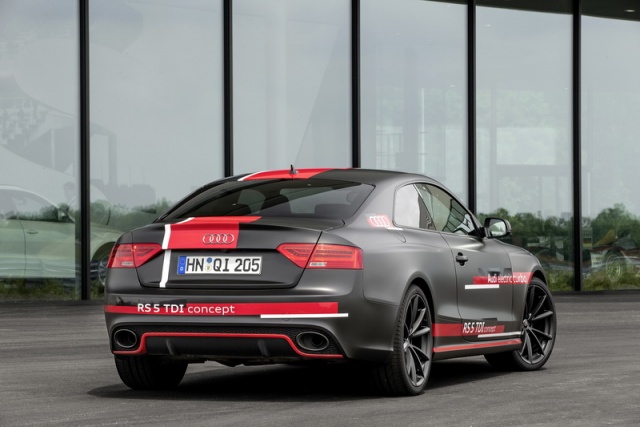 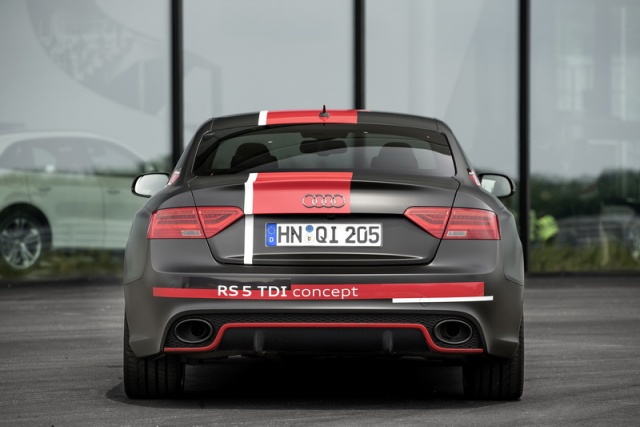 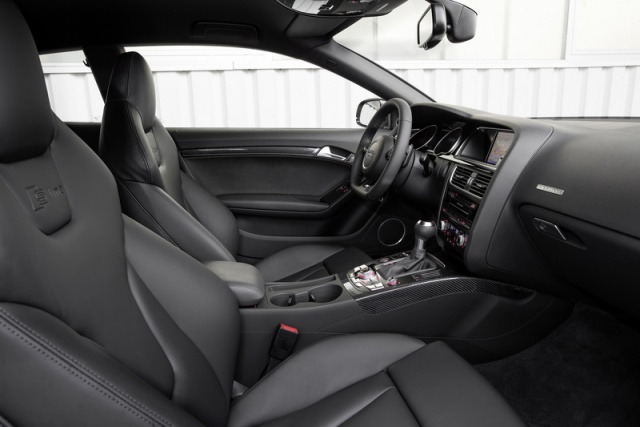 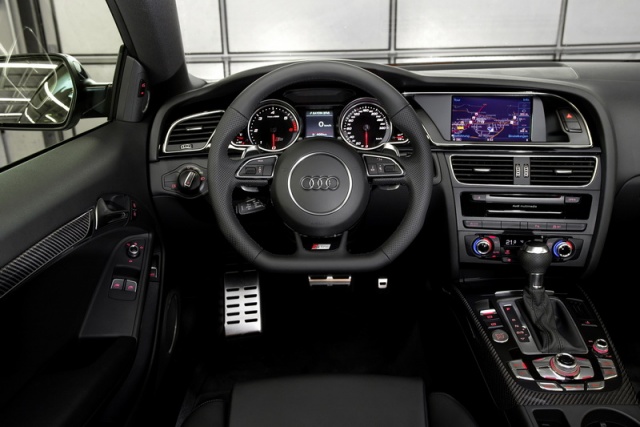 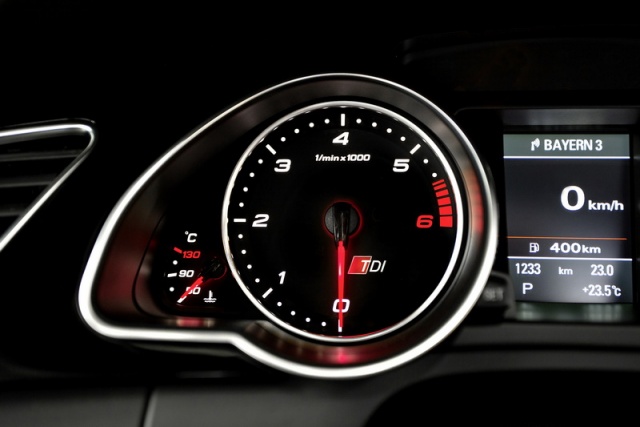 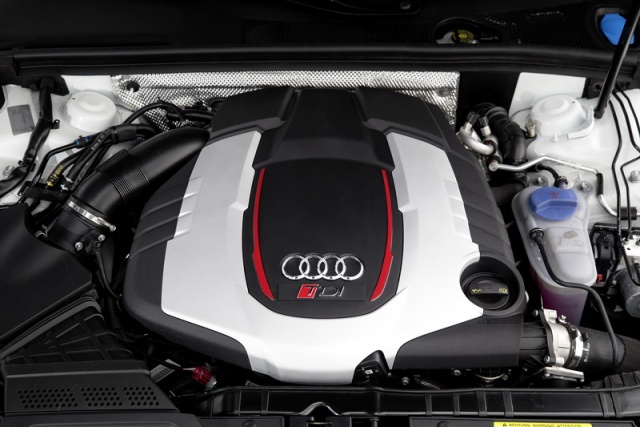 Aiming to show that diesel isn't just about fuel economy, we drive what could be Audi's first diesel RS model.

We had the opportunity to test Audi's latest technology demonstrator, boldly called the RS 5 TDI Concept. Is electric turbocharging the future of performance cars? And does that mean there'll be a diesel-powered Audi RS model soon? Read on...

For now ignore what you see on the exterior of this car, as the real news with this RS 5 TDI concept is what lies underneath the bonnet. This is effectively a rolling development prototype, which, rather than being clad in the usual camouflage and cladding, was presented in the standard production exterior and interior of the current Audi RS 5.

So what exactly is it? Audi has taken its already impressive 3.0-litre diesel V6 biturbo engine and equipped it with an electric compressor - or e-booster as it prefers to call it - which optimises the performance of the turbochargers thus improving overall performance. The compressor sits downstream of the intercooler so at very low engine speeds, which also means lower exhaust gases being routed to a traditional turbocharger, a bypass valve closes, routing the air to the e-booster. As the compressor is driven electrically, it can produce a rapid build-up of boost pressure, which is directed to the engine's smaller turbocharger, enabling it to spool up far quicker than were it to rely solely on exhaust gas. The result is the effective elimination of turbo lag and the ability to produce peak torque of 750Nm between 1,250- and 2,000rpm.

Once the engine speed increases beyond 3,000rpm the e-booster is then bypassed as the larger conventional turbocharger comes into play. Where the new e-booster works so well is not just in initial acceleration but also in keeping the engine operating at peak power. In theory the system keeps the turbochargers primed even when the driver is braking, and therefore ensuring that when the driver for example exits the corner, they will have maximum levels of power instantly.

Unlike the rest of the car, which uses a 12-volt electrical system, the e-booster uses a 48-volt system, complete with its own small lithium-ion battery that is located in the boot of the car. The reasoning behind this is that the higher voltage subsystem will be able to supply increased levels of energy to high performance electrical consumers in future models such as heating elements and electromechanical brakes, as well as oil and coolant pumps for the engine. Another benefit of this system is weight reduction. Higher voltage means lower currents so the engineers can use smaller cross section cabling throughout the car. Irrespective of the e-booster technology, Audi has said it plans to introduce the 48-volt system to a number of its models in the near future.

As the engine in the RS 5 TDI Concept is very much still a work in progress, we were limited to driving just a handful of laps on a test track, but it did give us enough time to get a good impression of how the system can work in a number of different scenarios.

In the first test that we were able to conduct, we performed a standing-start straight-line acceleration trial against the more powerful Audi RS 6 Avant. Surprisingly, it wasn't until around 100km/h that the RS 6 was able to stretch away, which, given the 186hp difference, was an impressive demonstration of the TDI's acceleration.

When exiting corners the pick-up from the throttle was instantaneous, though during faster laps the amount of grunt on tap seemed to overpower the quattro system as the torque-vectoring rear differential frantically tried to distribute power.

The engine is also more free-revving thanks to a host of new internals, including the crankshaft, pistons and conrods, which have all been re-engineered to reduce weight - Audi claims it has shaved off 20kg. Adding to the non-diesel feeling is an artificially-enhanced exhaust system that does give the TDI quite an impressive tone.

Put your money away for now. Officially this engine is still undergoing testing and evaluation, but we would expect it to appear in at least one model within the next 12 to 18 months. Purists will of course say that RS cars should remain petrol only, but with the global demand for diesel power increasing, along with the improving image and performance (look at Audi's dominance of Le Mans with diesel power), there may well now be a case to offer buyers a diesel RS option.

The reason that the e-booster technology makes such a difference is that it can accelerate to maximum speed within 250 milliseconds. And even though it has been demonstrated here in the biturbo engine, it can also be applied to single turbo engines with similar results in terms of performance gains.

Like most performance technology we are likely to see Audi's e-booster appearing in its halo products first, potentially in the next RS 5. But the technology used could easily be adapted for any of Audi's - or indeed the wider Volkswagen Group's - engines. And judging by how well it performed in our hands, it might be arriving sooner than expected.