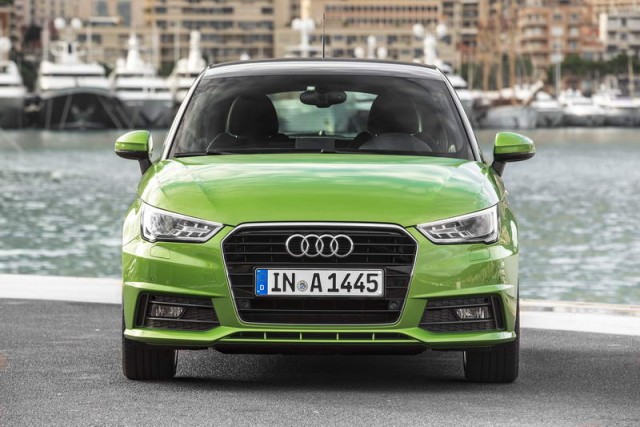 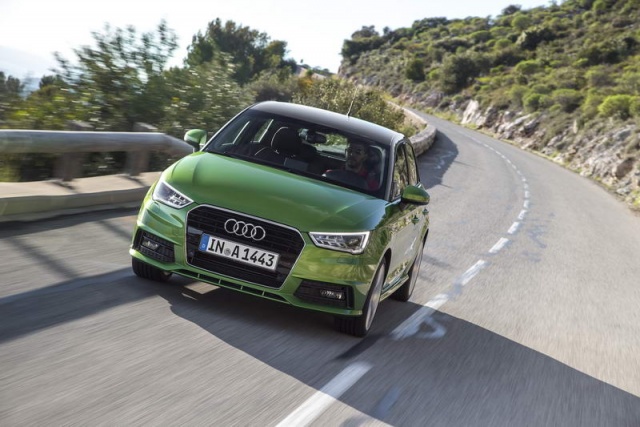 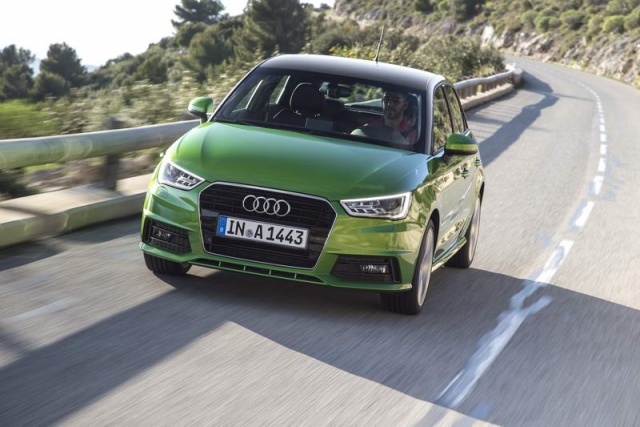 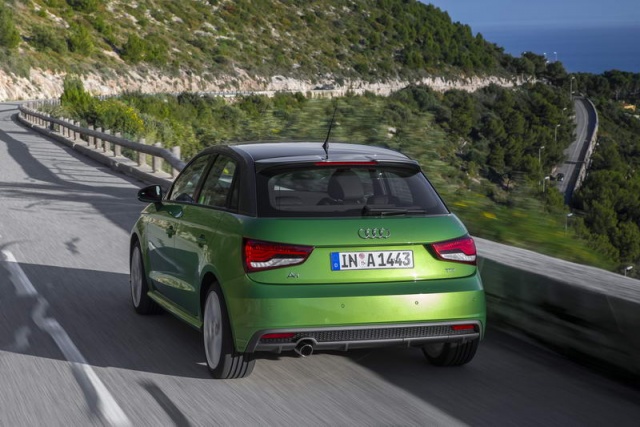 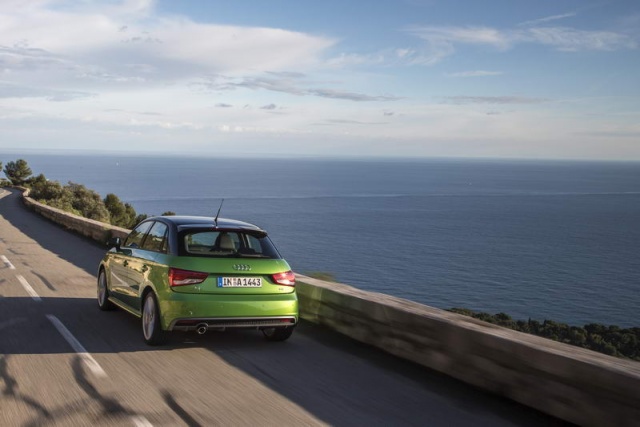 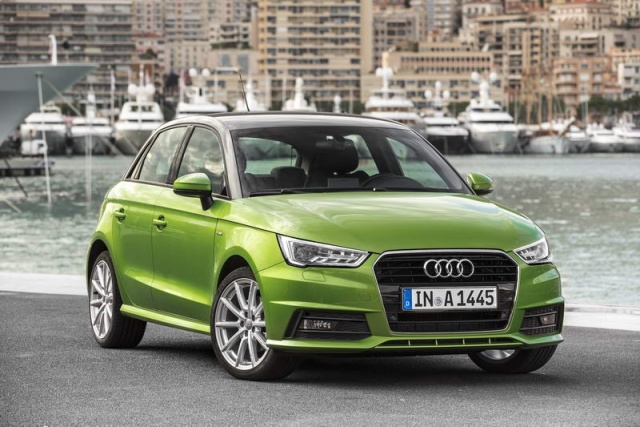 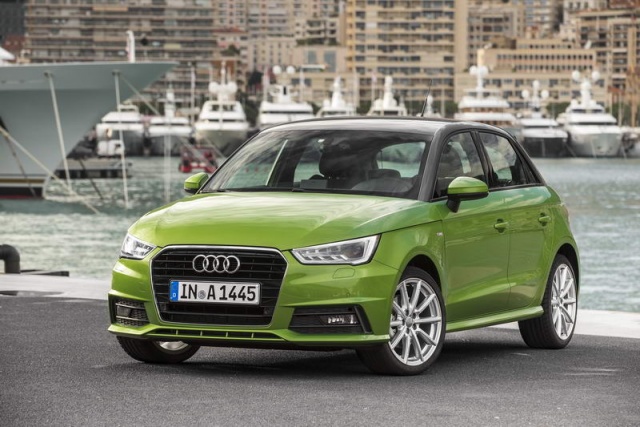 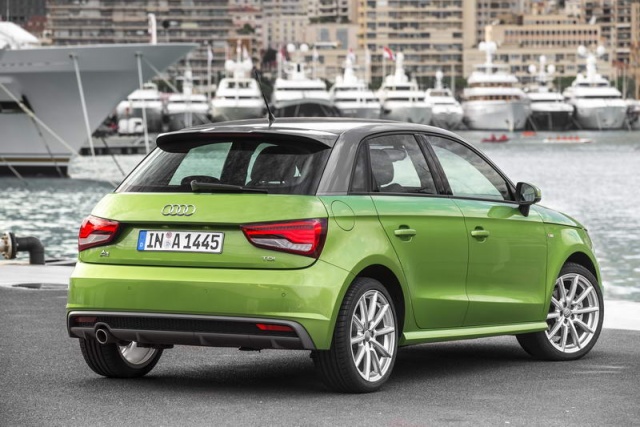 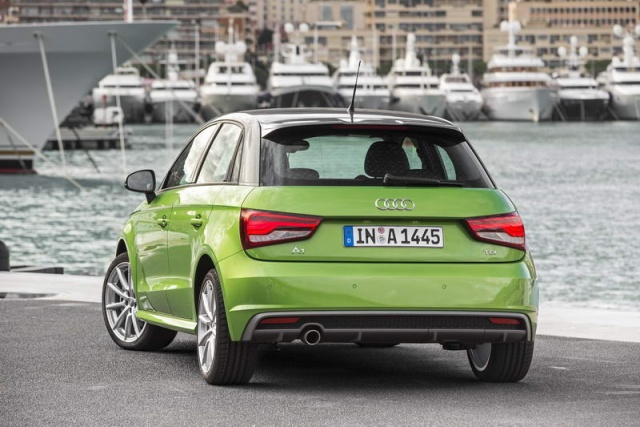 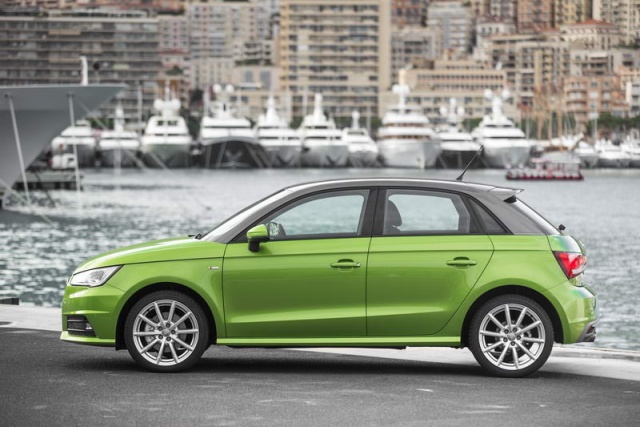 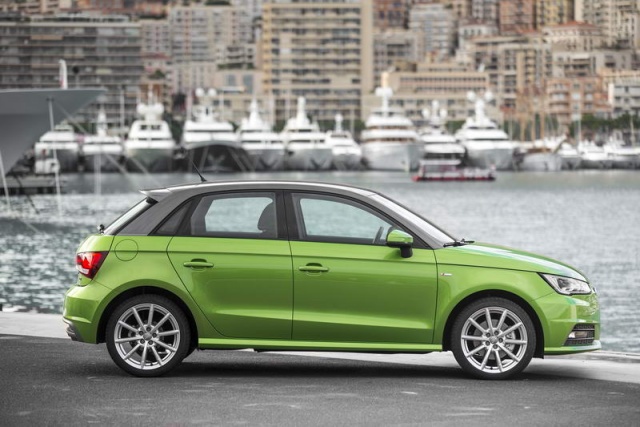 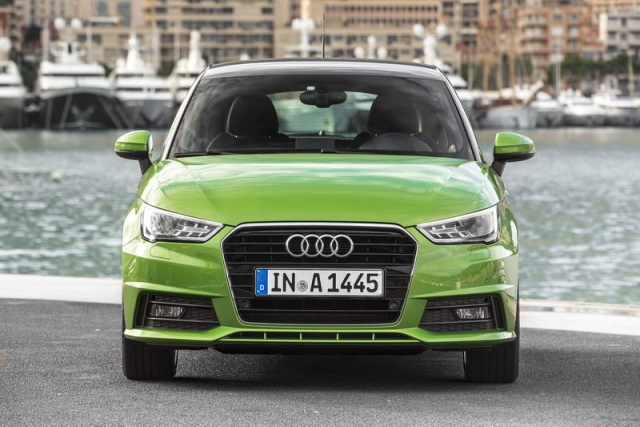 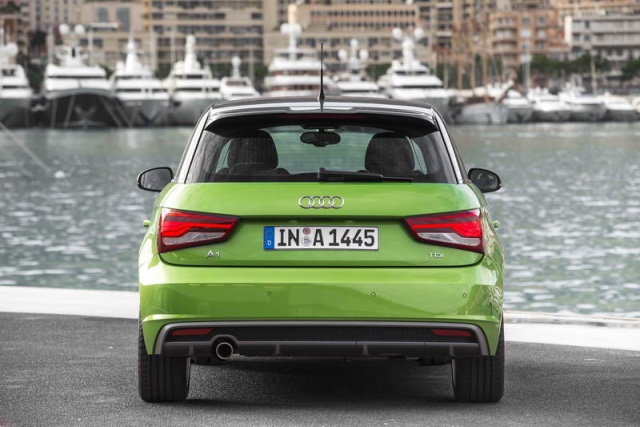 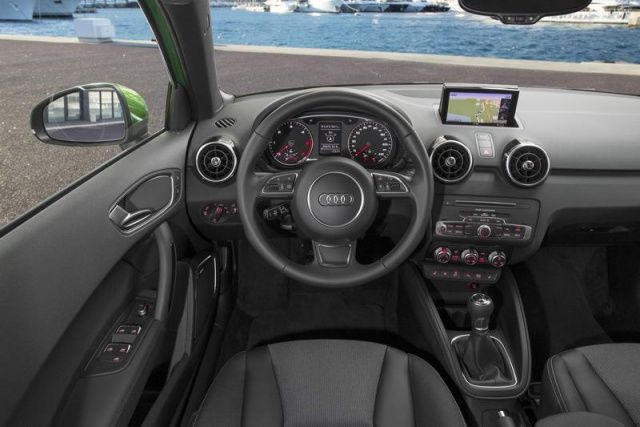 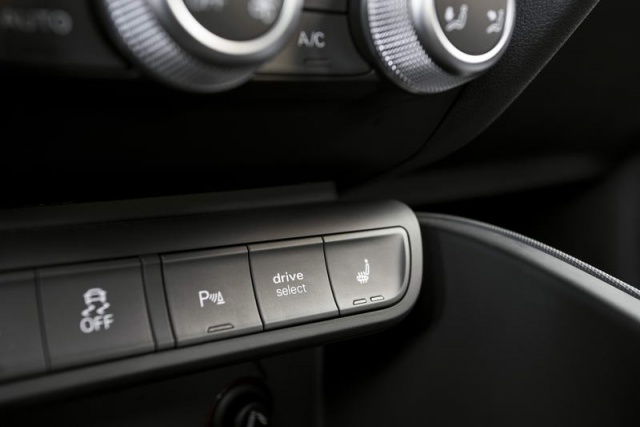 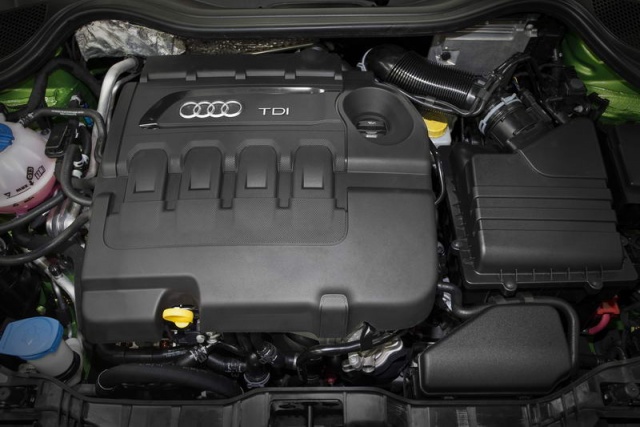 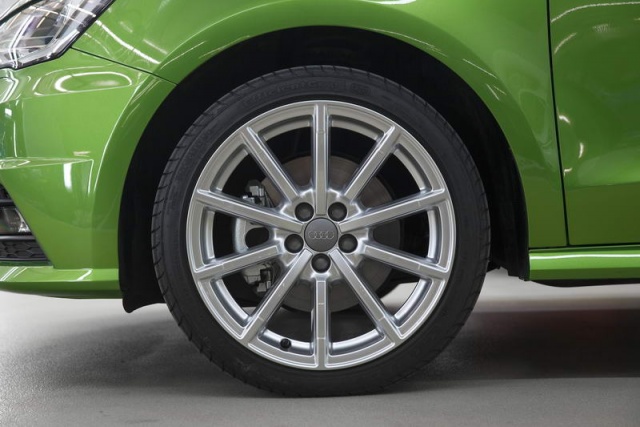 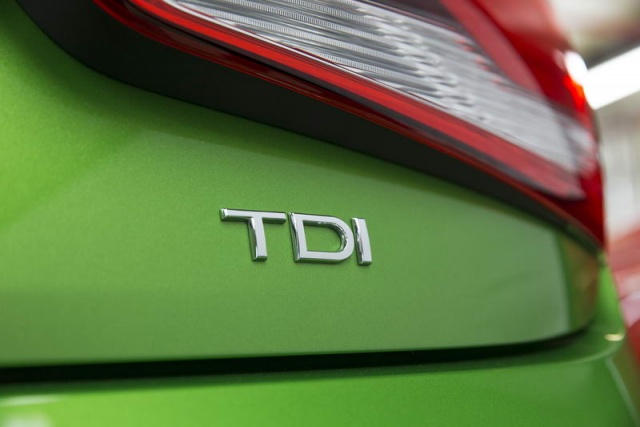 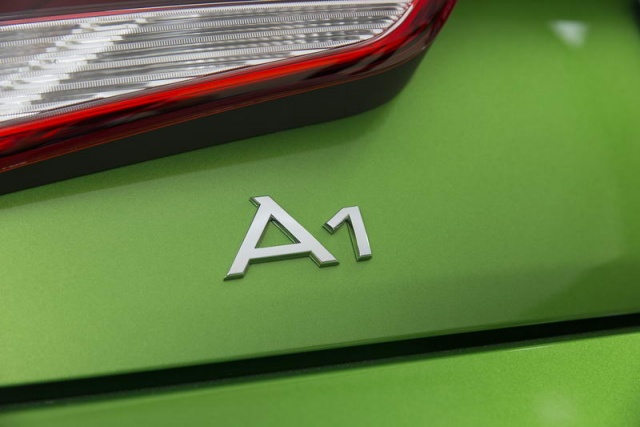 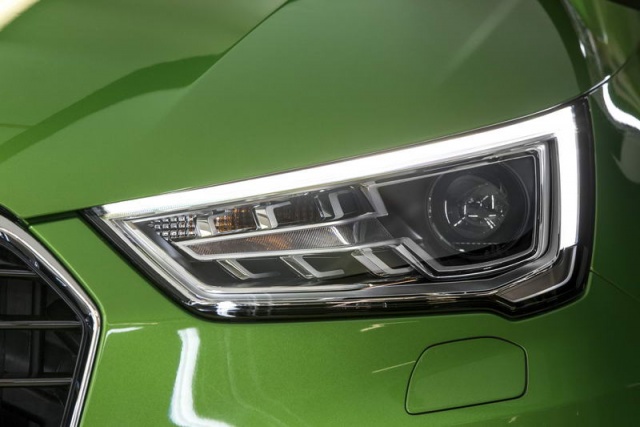 The A1 Sportback may be Audi's smallest five-door but it lacks none of the quality.

Improved new diesel engine ensures that the updated Audi A1 Sportback delivers plenty when it comes to fuel economy whilst continuing to reduce emissions. In five-door guise it is not only more practical than the three-door model, but to our eyes is also a more appealing design.

In my view, when parked next to its three-door variant the Audi A1 Sportback looks far better both proportionally and in terms of pure good looks. All of the visual updates of the A1 are replicated in the A1 Sportback and consist of redesigned front and rear bumpers, a new 'singleframe' grille design and updated lights front and rear. Apart from the new bumpers, which add 19mm to the overall length of the car, there are no dimensional changes to the A1 Sportback.

The rear offers modest room for two adults, three at a push, although the back doors of the Sportback makes access far easier than in the three-door A1. With the rear seats up, there is a reasonable 270 litres of boot space, but dropping them down sees this space grow to a useful 920 litres and the unobstructed boot aperture offered by the wrap-around hatchback design is a boon to those loading bulkier items. Overall, it remains a well-executed design that not only looks better than its three-door sibling does but better than most others in the segment, including the slightly larger MINI 5 door Hatch.

In reducing the size of the diesel engine Audi has actually made it a sweeter car to drive. Replacing the 1.6-litre TDI is a new 1.4-litre turbocharged diesel unit, which has lost a cylinder along the way. Despite this, the new three-cylinder engine still produces the same 90hp and 230Nm of torque yet emits 10g/km less CO2 than before. The new engine even manages to feel a touch smoother, which, in conjunction with some very good sound insulation, means it is noticeably quieter than the 1.6-litre diesel it replaces. In fact, from inside the cabin you would nearly think it was a petrol engine powering the car.

The car is a little sluggish off the line, not feeling quite as peppy as the petrol equivalent, but once the revs rise enough for that turbocharger to come on boost, there is a good level of power under foot. With the revs up, the engine buzzes along quite nicely and when kept in third or fourth gear the A1 Sportback is quite a fun car to drive. Meanwhile, during longer drives, watching the real-time fuel economy display on the information system shows just how frugal the new diesel engine can be.

Around town the A1 rides on the firm side, a quality that Audi engineers attribute to its 'dynamic handling'. As an option, buyers can specify Audi's Drive Select system, which allows changing of the car's driving characteristics according to driver preference. This can also be extended to control new optional adaptive shock absorbers. Our test routes around the busy narrow confines of Monte Carlo didn't lend much opportunity to really push the car's chassis to its limits, though in truth the roads were a lot more representative of the kind of driving most A1s will do. The five-speed manual gearbox works well and has a good set of ratios that suit the engine; however, buyers will also be able to choose from the equally competent seven-speed S-Tronic automatic transmission.

At present there is only a €600 price walk to move to the Sportback from the three-door Audi A1, a figure that is unlikely to change a great deal when the updated model arrives in March - and it is well worth paying that little bit extra. The introduction of an even-lower CO2 emitting diesel engine will resonate with many potential buyer in Ireland though the new 1.0-litre three-cylinder petrol engine still makes more sense, particularly if you're not the type that does very long journeys regularly.

Audi's forthcoming lower emission diesel engine emits only 89g/km, but remains in the same A2 tax band as the outgoing 1.6-litre TDI. There is also a mind-boggling array of colour combinations to choose from and, added to the different trim levels, you could soon see yourself with a rather expensively specified A1 Sportback that edges towards basic Audi A3 money.

Audi's forthcoming lower emission diesel engine emits only 89g/km, but remains in the same A2 tax band as the outgoing 1.6-litre TDI. There is also a mind-boggling array of colour combinations to choose from and, added to the different trim levels, you could soon see yourself with a rather expensively specified A1 Sportback that edges towards basic Audi A3 money.