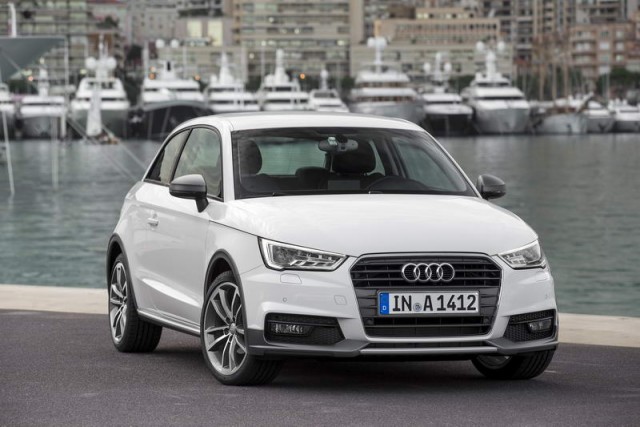 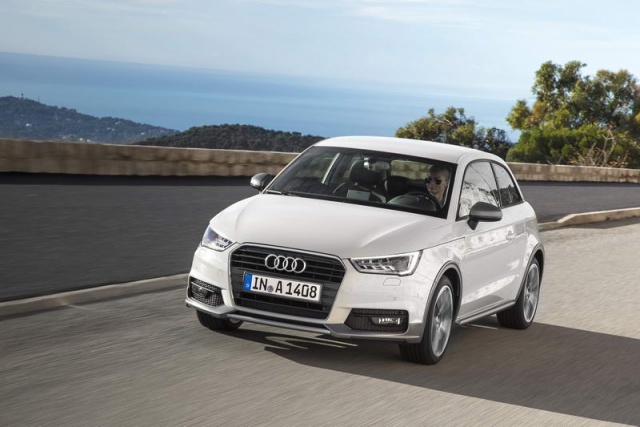 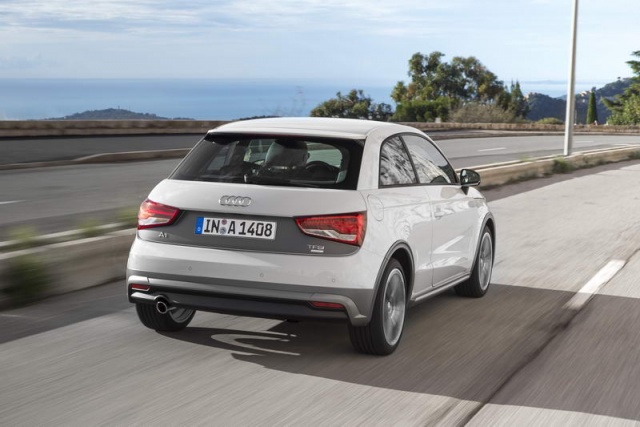 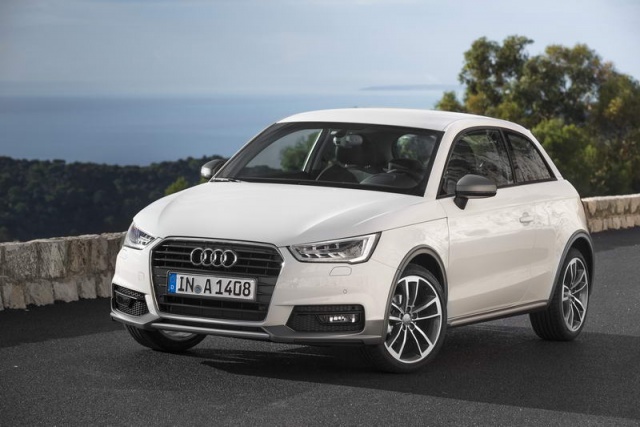 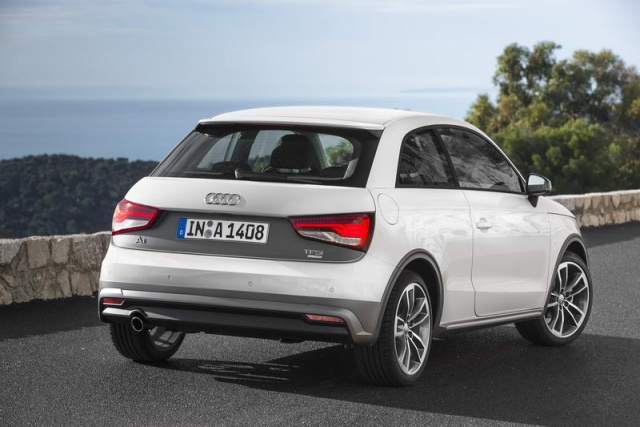 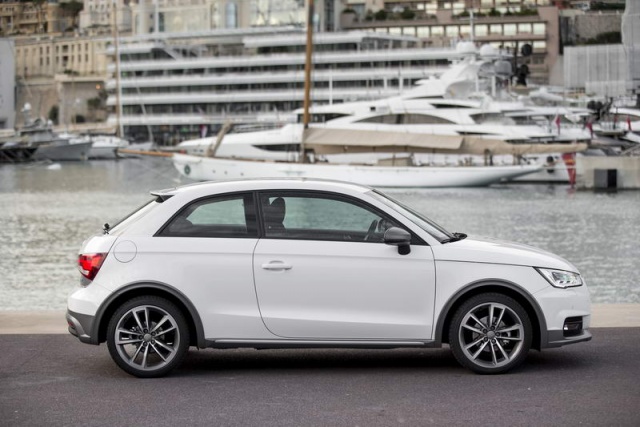 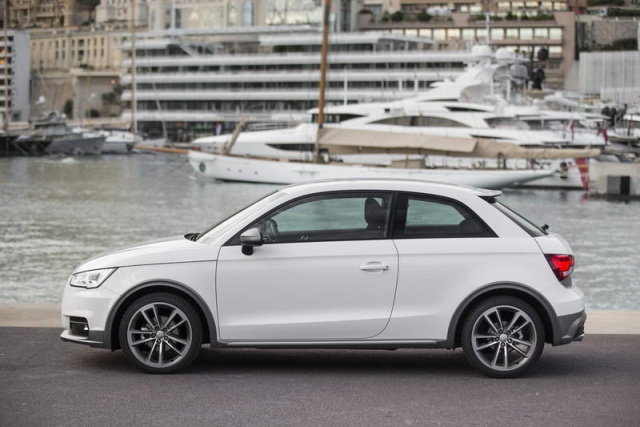 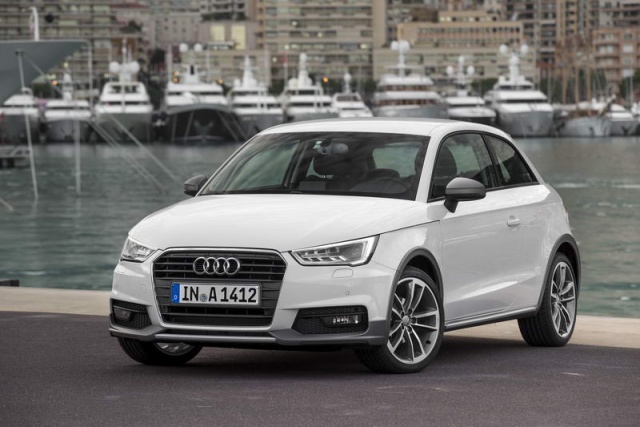 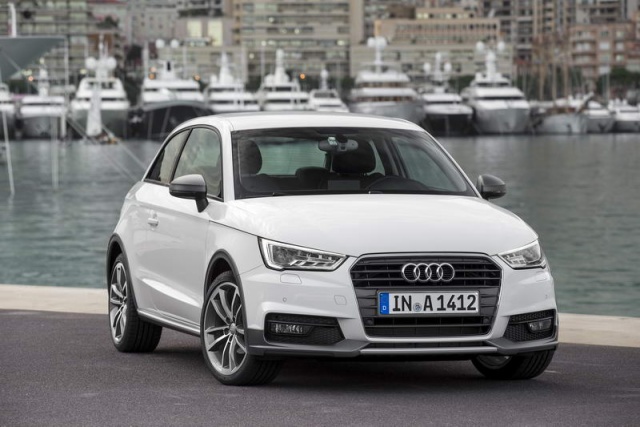 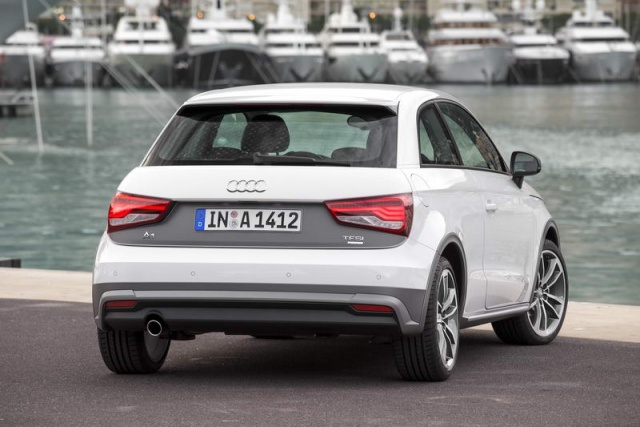 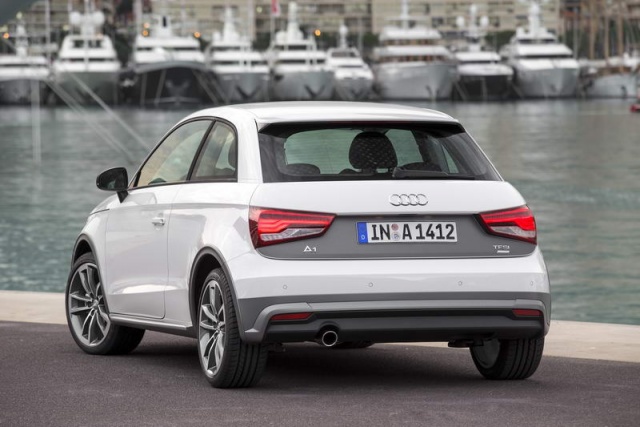 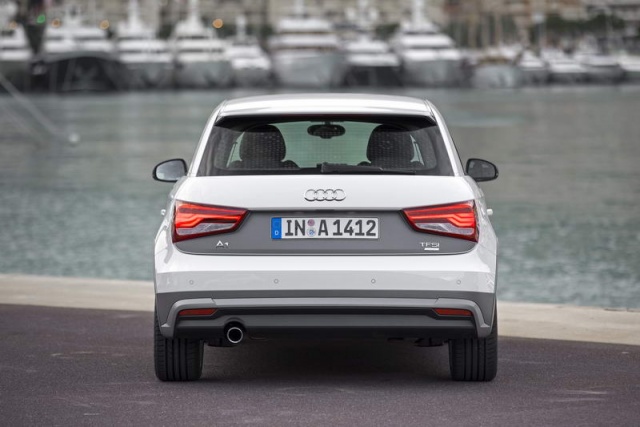 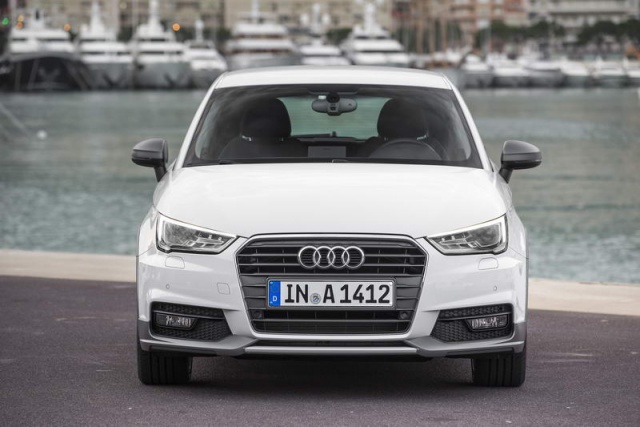 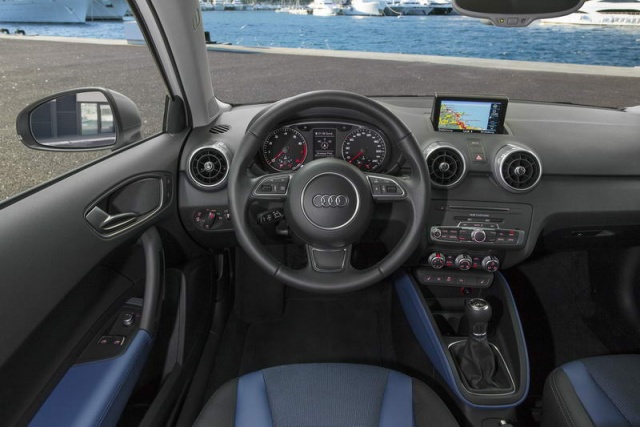 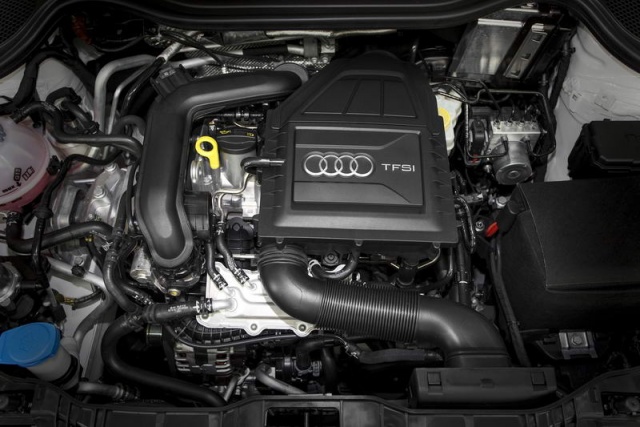 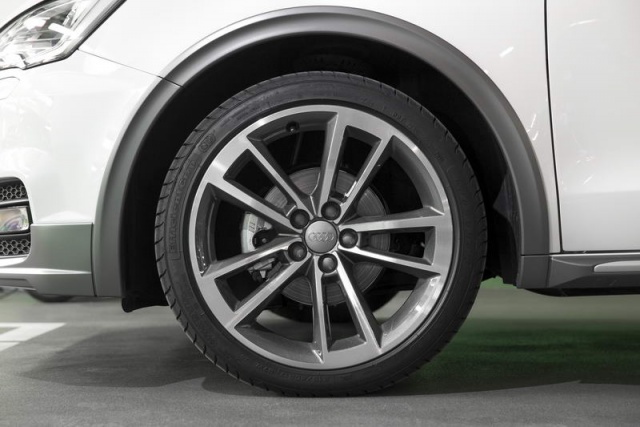 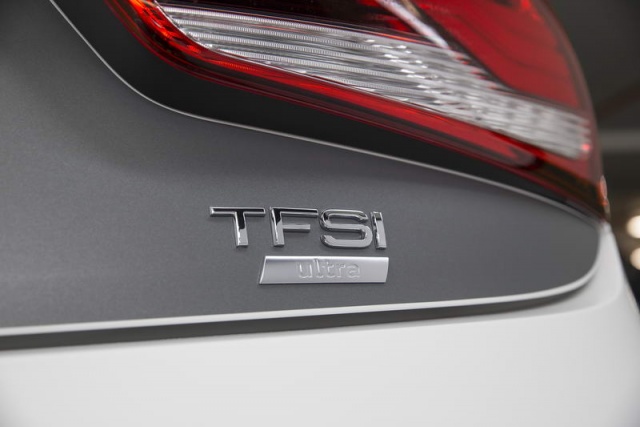 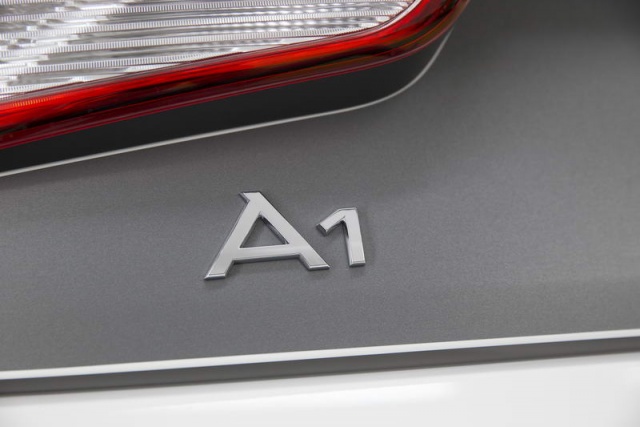 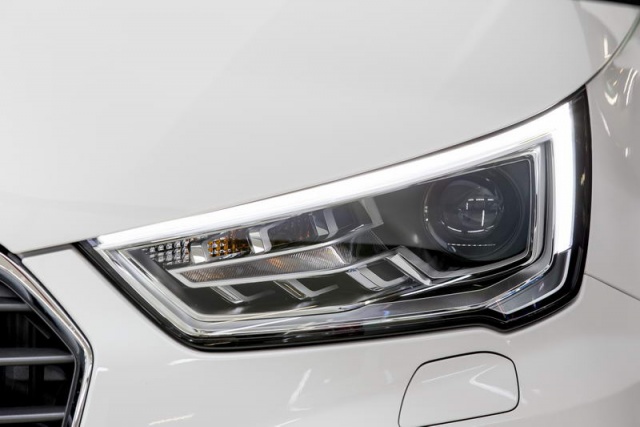 New fuel-efficient 1.0-litre petrol engine provides the right balance of performance to the updated Audi A1.

You would be forgiven for not immediately spotting that this is the new A1 model thanks to what is only the subtlest of facelifts - the biggest changes lie under the bonnet. The new three-cylinder engine is the smallest capacity now offered by Audi, but it still packs enough of a punch to work well in the A1.

Virtually all the exterior changes to this newer A1 centre on the front of the car, which features an updated 'singleframe' grille design, in keeping with the latest design language from Audi. On either side are newly designed headlights that offer a more sporting and aggressive design and are available to order with Xenon technology.

New bumpers front and rear account for the rest of the slight visual changes, which, when combined, see the car's length grow by 19mm. Angular air intakes are pushed further towards the bottom edges of the front bumper to give the car a more purposeful stance when viewed head-on while the sportier S line trim sees these air intakes take on a more detailed appearance and incorporate fog lights into the centre of them.

At the rear of the car, the wrap-around boot-lid benefits from a new light design that ties in with the styling used on the headlights. Although it may not provide anything more than an aesthetic aid, the rear bumper's diffuser does improve the appearance from behind. The addition of some new exterior hues to choose from, combined with a choice of up to 17 different alloy wheel designs, means that buyers have a lot of choice.

The interior is a familiar story, made up of a well-laid-out design that makes the most of the space on offer and avoids feeling cluttered. A pop-up colour infotainment screen is mounted close to the windscreen atop the centre of the dashboard and is easy to read at a glance. Boot space remains at 270 litres, which expands to 920 litres when the rear seats are folded down, while access to the rear is made easier by that wrap-around hatchback design.

Apart from just offering new engines, the A1, in a bid to reduce CO2 emissions and improve fuel economy, has now been fitted with an electromechanical power steering system that draws less power. It has a well-weighted feeling when driving. Audi is also offering, for the first time, Drive Select as an option in the A1, which allows the driver to choose different settings ranging from a more fuel-efficient mode to the more performance-biased dynamic mode.

However, this new 1.0-litre three-cylinder engine is the biggest news in the updated A1. As with most three-pot engines there is a distinctive thrum from under the bonnet, though it is quieter than the likes of the unit used in the Volkswagen up!/Skoda Citigo/SEAT Mii triplets. It also returns performance figures that once again show that a swing back towards petrol from diesel power is gathering momentum. Emissions are 99g/km, placing it in the second lowest road tax band, whilst combined fuel consumption is 4.3 litres/100km. Throughout the stop-start nature of the traffic during our test drives we never managed to match these figures, though initial impressions remain positive.

Audi is yet to confirm pricing for the new A1 as it doesn't expect to have the updated model on Irish roads before March 2015. When they do arrive there shouldn't be too much price variance from the outgoing A1, which starts in three-door form at €20,710, but venture further up the trim and options list and it begins to get expensive. As with the existing range there will be three trim levels to choose from comprising of SE (entry level), Sport and S line.

If personalisation is your thing then the A1 will carry plenty of appeal. In total, there are 12 exterior colours to choose from, four contrasting roof arches, three contrasting roof dome colours, 19 different interior colour and cloth combinations and seven different colour trims for the interior air vents, which, when combined with the aforementioned 17 different alloy wheel styles, result in almost one million different possible configurations.

Thanks to more detailed styling, the Audi A1 now looks every bit the baby-Audi buyers will be expecting. The addition of the new petrol three-cylinder engine should prove popular with buyers too; Audi expects it to account for 60 per cent of sales, although the three-door body style doesn't match the five-door Sportback in terms of style or practicality.