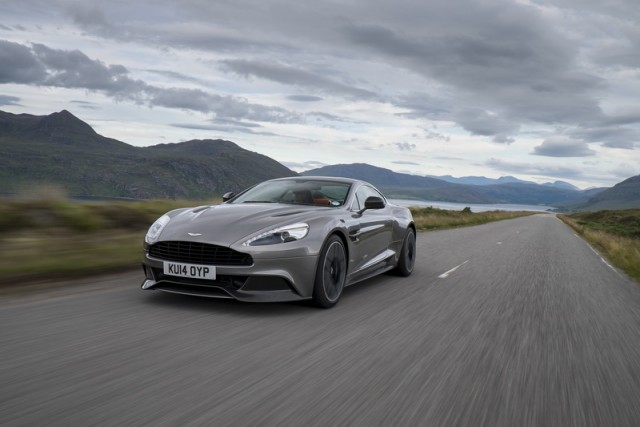 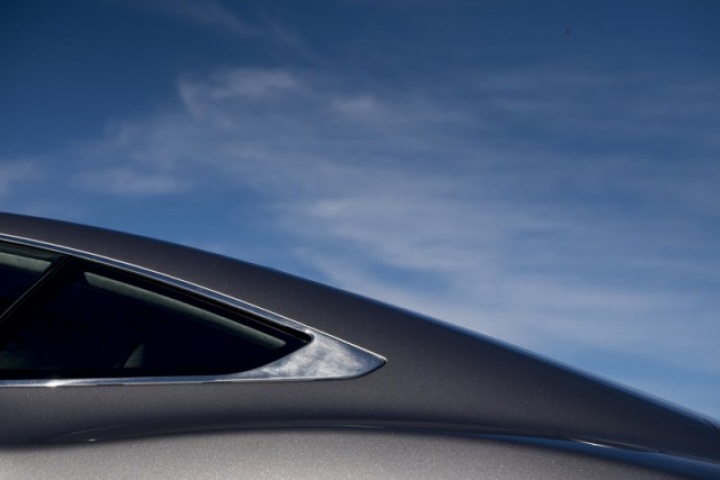 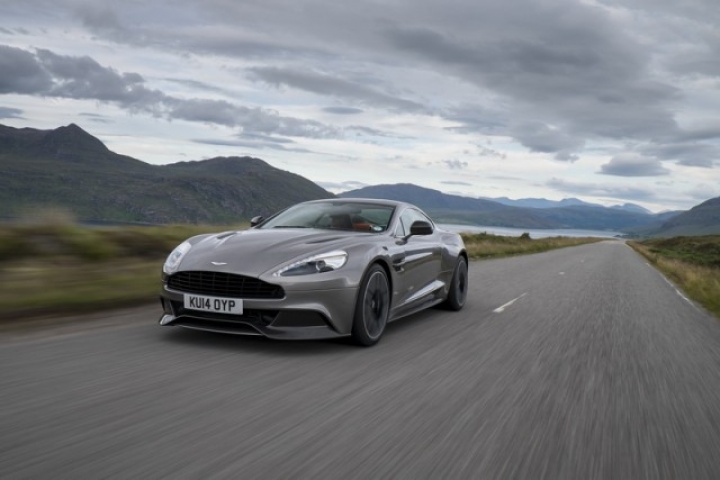 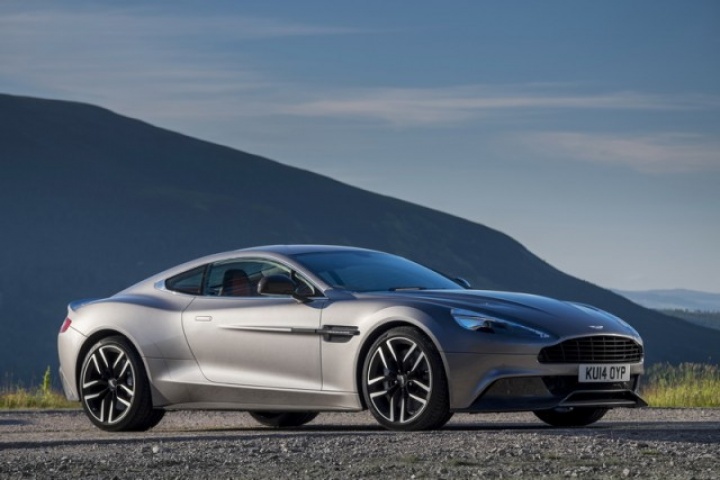 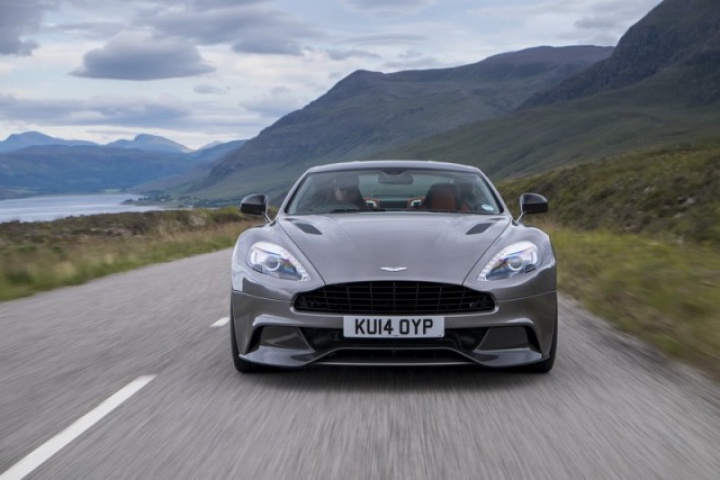 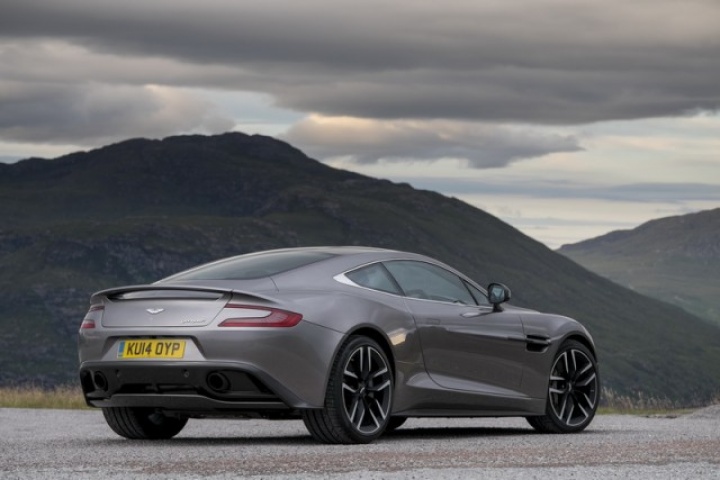 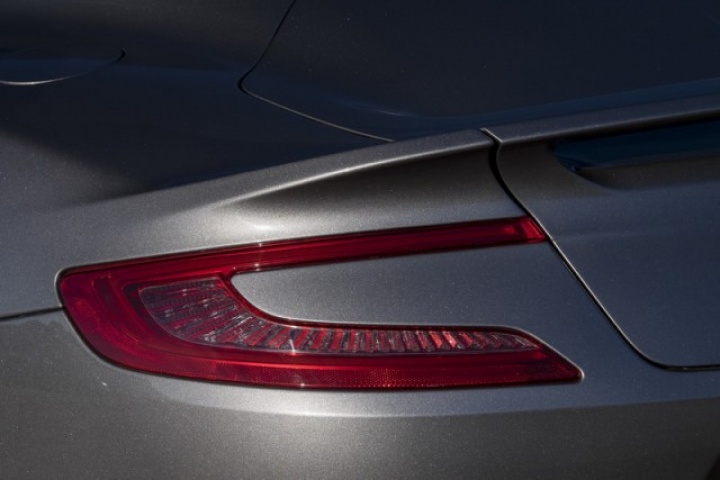 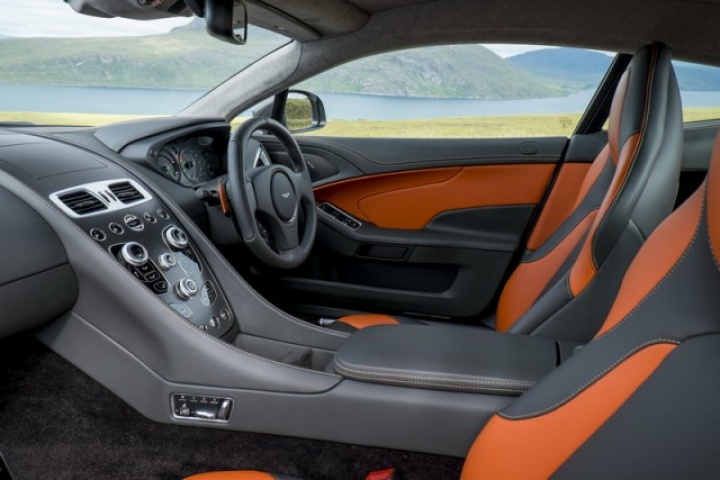 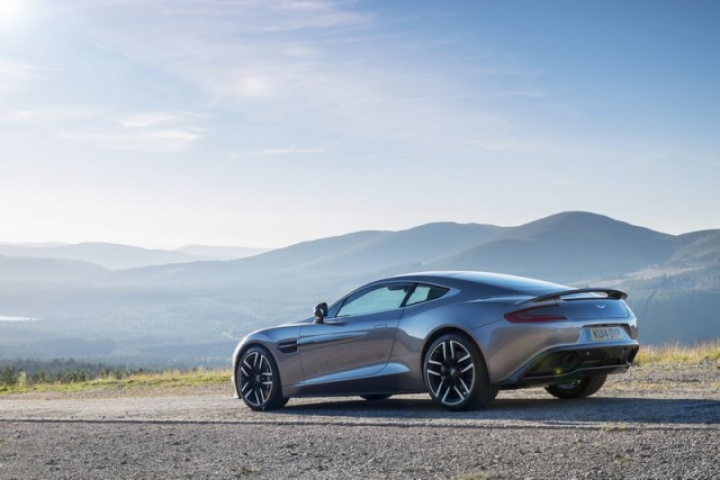 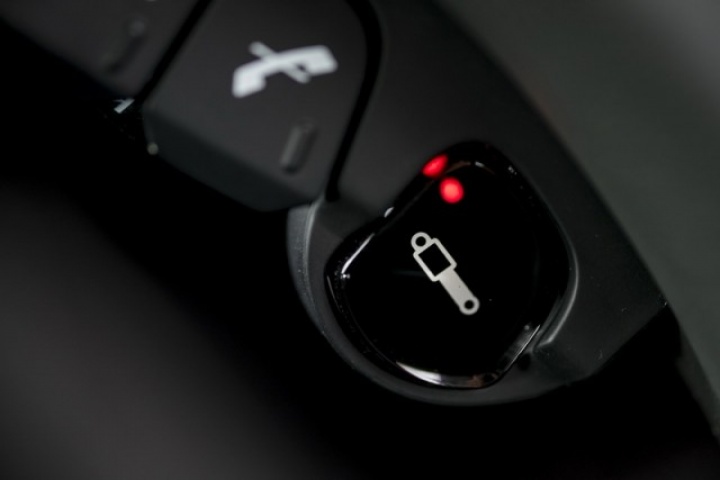 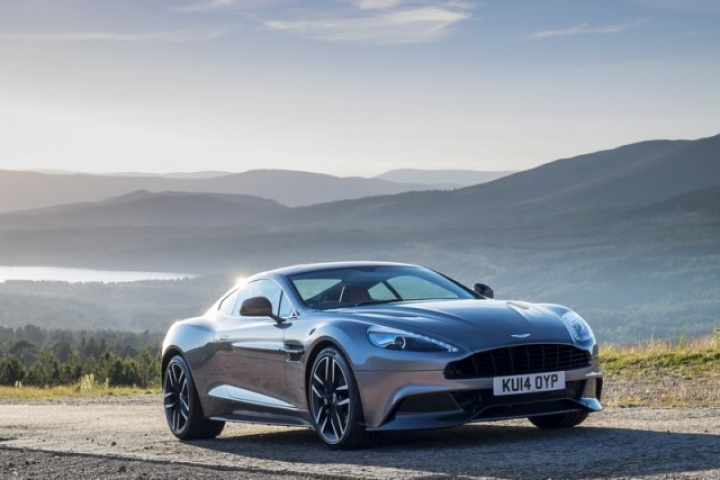 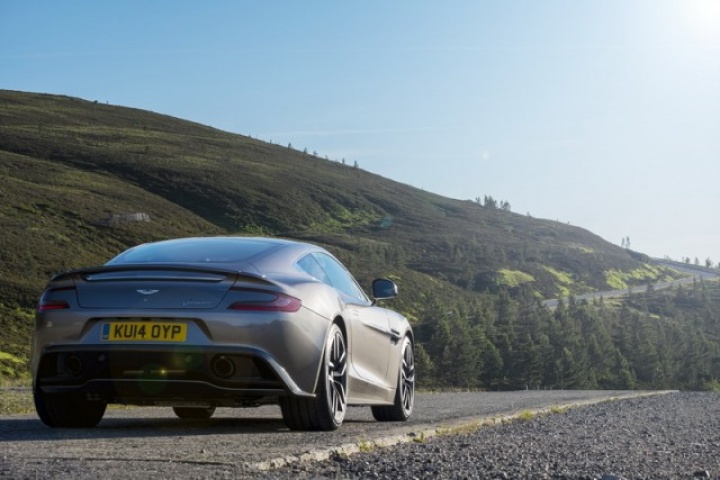 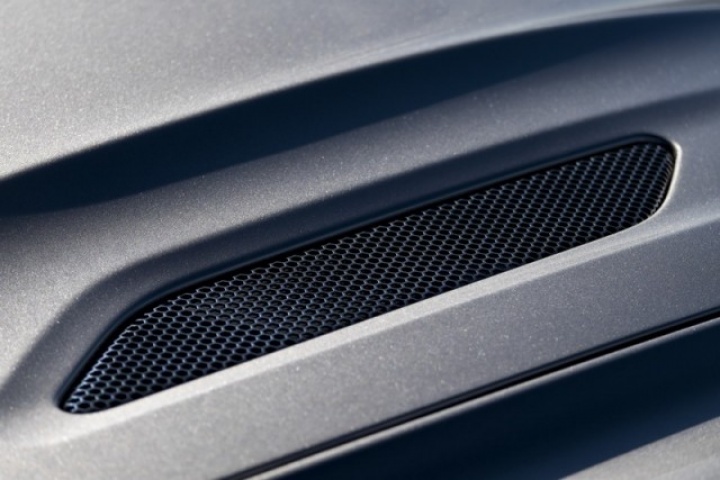 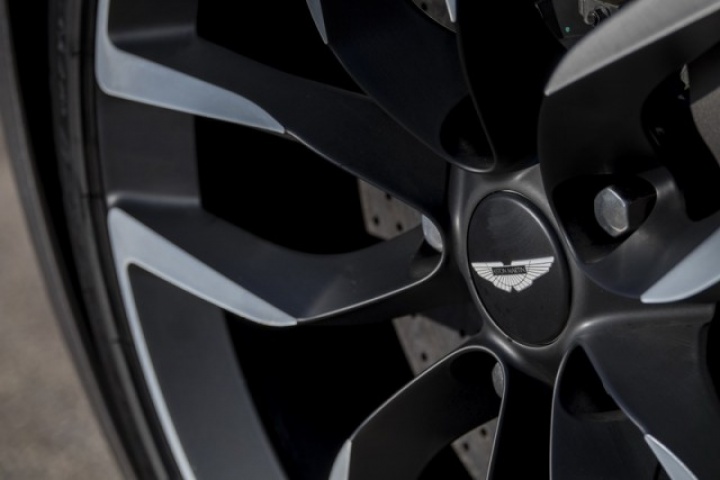 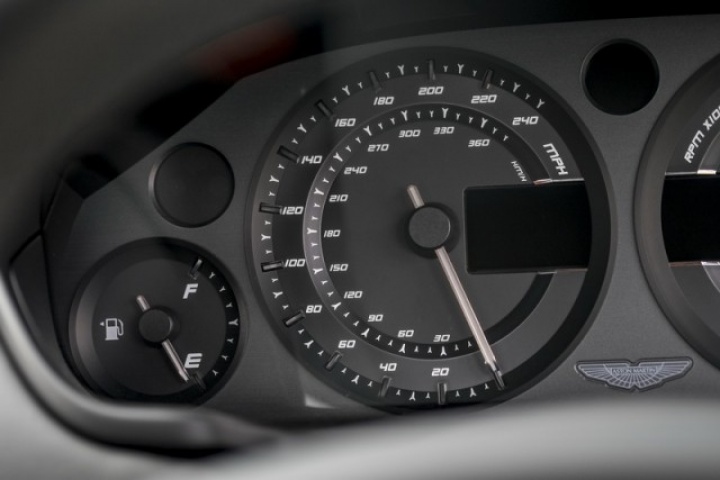 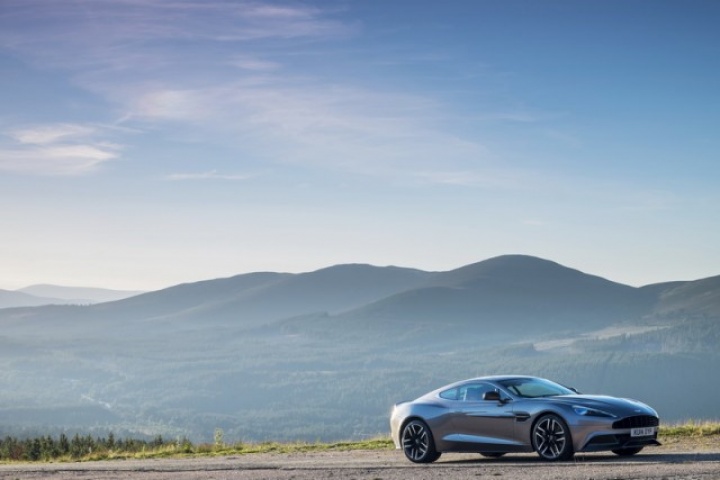 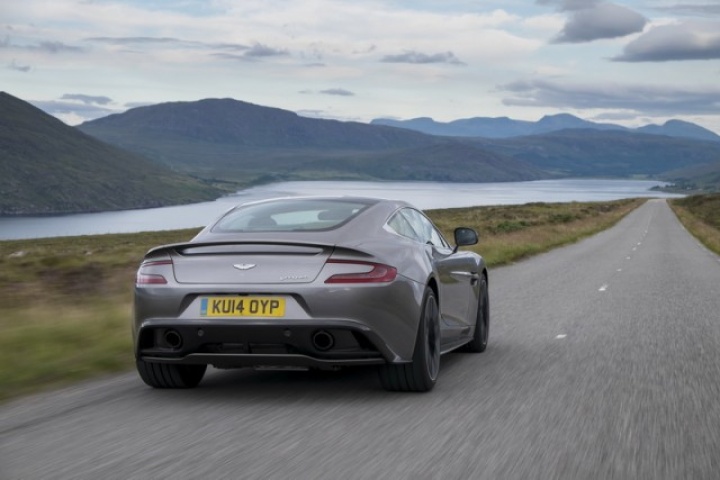 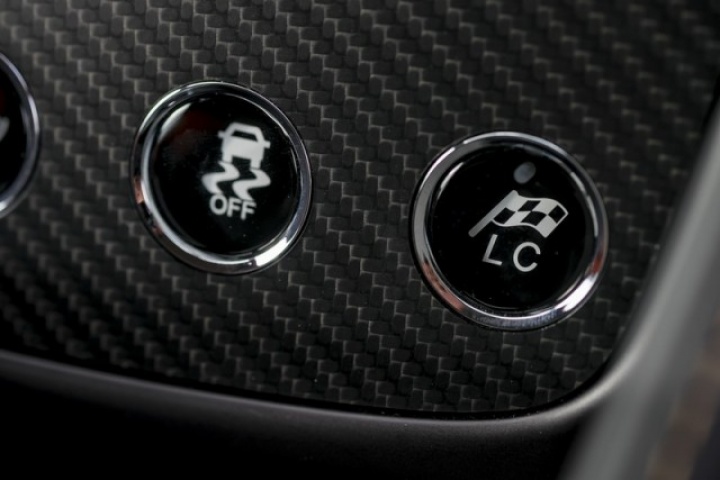 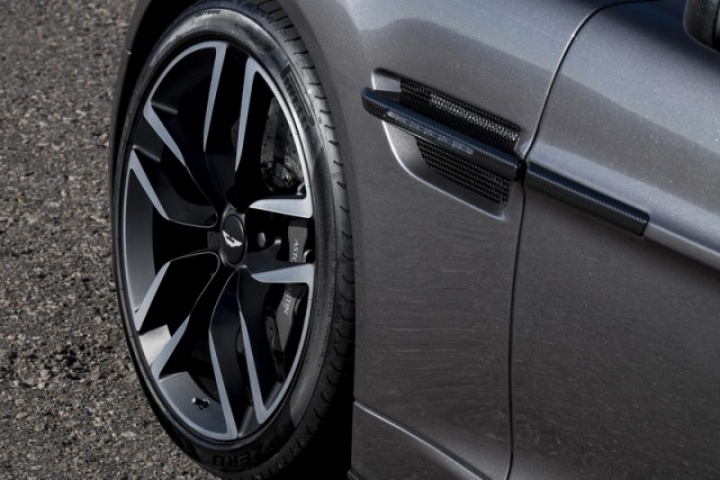 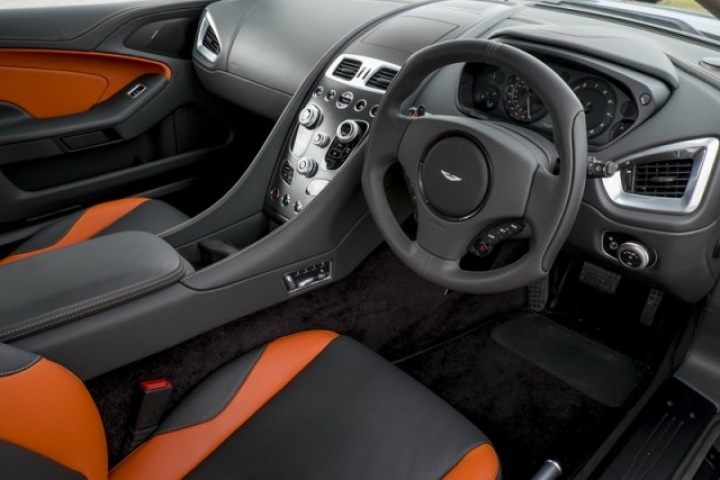 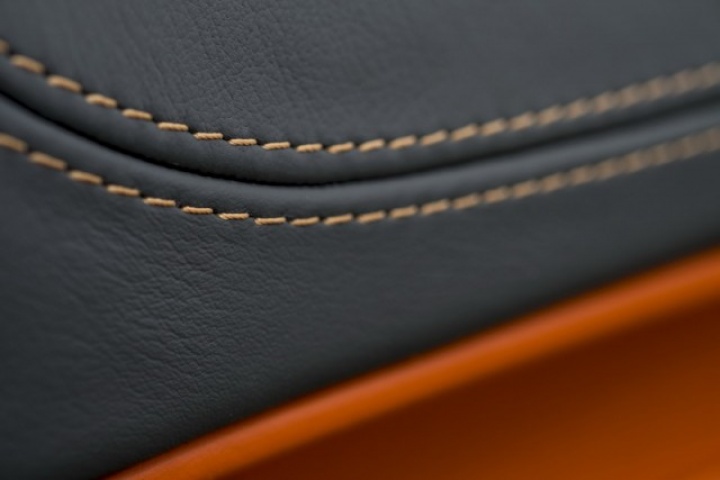 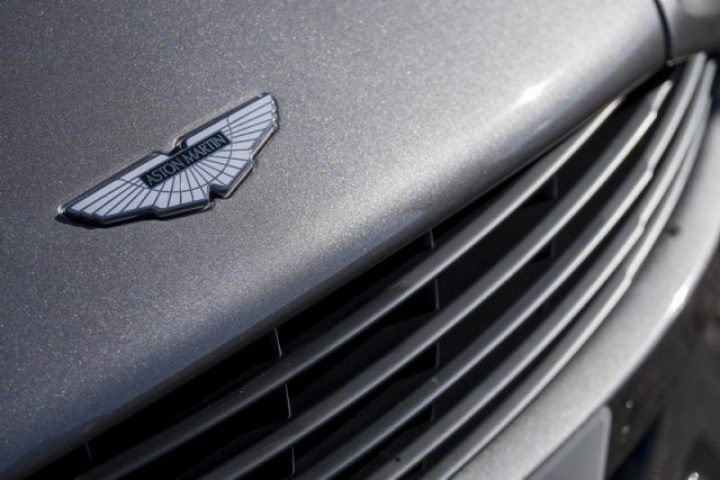 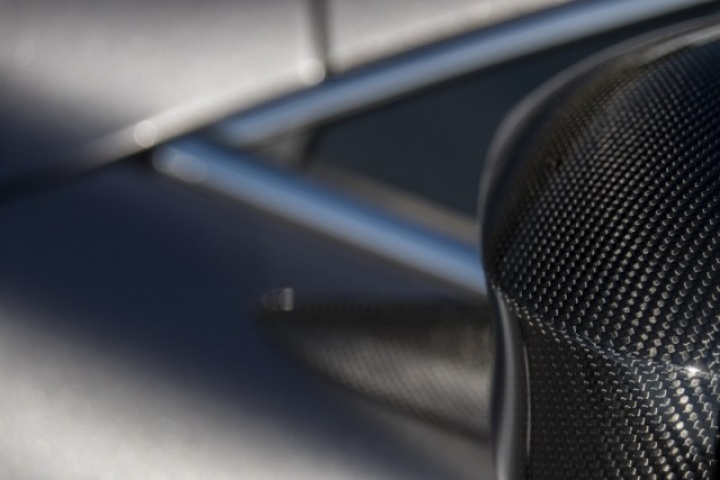 We've driven the '2015MY' Aston Martin Vanquish - and it's sublime.

Aston Martin revises the Vanquish with a new transmission, improved economy and emissions and greater performance for its 2015 model year. Now a 320km/h, sub-four-second 0-100km/h proposition, the Vanquish sits more comfortably among its rivals than ever before.

A new - and lighter - alloy wheel choice aside, it's technical rather than styling revisions that dominate the Vanquish updates for 2015. There's nothing wrong with that, either: Aston Martin's styling might now be rather too strictly defined for some, but the Vanquish is unquestionably the pinnacle of it. Its plentiful carbon fibre panels allow the designers some flourish and muscularity otherwise impossible in the rest of the Aston Martin line-up, though it's still arguably a bit too close visually to its relations to really stand out. Still, that adherence to a rigid design policy hasn't done rivals Porsche any harm, and the Vanquish still has the capacity to stop traffic and draw admiring glance wherever you drive it.

Changes inside are in the details: there are some new headlining options including quilted leather, but that's about it. The colour palette is extended, including a choice called Fandango Pink - yes, seriously. Bolder hues aside the interior remains the same as before, so plenty of high quality, hand finished materials and a few design and ergonomic quirks that are familiar and largely forgivable. Thankfully the square-edged steering wheel is an option, though the satnav and infotainment system's operation is way behind the best of its rivals' in terms of ease of operation.

Aston Martin has always billed its Vanquish as a super GT as opposed to an out-and-out sports car and that remains true even after some fairly extensive technical changes. It's more 'super' though, and all the better for it. The most significant change is the inclusion of a new eight-speed ZF-sourced automatic transmission, it replacing the six-speed auto that previously featured. There's nothing that ZF's auto is in that hasn't benefitted from it and the Vanquish underlines that, even though it's fitted here in transaxle layout for the first time.

The gearbox adds a pair of ratios, allowing the Vanquish to offer a brisker 0-100km/h time of 3.8 seconds and a higher top speed - Aston Martin quoting a maximum of 323km/h. Both those numbers better place the Vanquish among its similar-price rivals. Performance enhancements aside it addresses our chief criticism of the old gearbox, that being the sometimes mismatch of gears to the engine and road speed. With the eight-speed ZF, there's no frustrating stabbing of paddles and running out of revs thanks to the better suited ratios. It's transformative in manual mode, and also works better when left to its own devices, though for the most assured shifts it works best when the big red S sport button on the bottom right of the steering wheel is pushed.

Engine revisions liberate a few more horses, while the new engine management system has been calibrated to exploit that new gearbox better, there also being significant improvements in economy and emissions - as if the buyer of a 6.0-litre V12 will care. The chassis has come in for some attention too, though thankfully the worry that Aston's quoted 15 per cent stiffer front and 35 per cent stiffer rear dampers would ruin its exceptional composure is unfounded. Its ability to retain control yet deliver a fine ride, even on some of the more interesting topography offered on Highland roads, remains deeply impressive. Revisions to the steering control unit improve the response at the wheel, though it's best experienced with the standard round rather than odd, squared off optional steering wheel.

Aston Martin's honing of the Vanquish is a successful one, the V12 engine remaining core to its appeal; its sound, response and performance very desirable. And it's faster, more responsive than ever, the enabling role of the new transmission subtly but wholly transformative. A greater whole then, more polished and resolved, though it has retained the Vanquish's unique super GT positioning, and now with a set of numbers that better justify its price point.

You're buying 12 cylinders, an exotically constructed and glorious-looking coupé that's significantly improved. The options list is as lengthy as it is expensive, but buyers at this level expect that, and the Vanquish comes with the essentials as standard. We're told that personalisation is likely to add at least 10- to 15 per cent to the list price.

The gearbox and engine tweaks allow the Vanquish to sneak under 300g/km of CO2 and deliver a combined economy figure of 22.1mpg. Good luck with that, though - and of course it's still in Band G for road tax.

Our reservations with the Vanquish have melted away thanks to Aston Martin's revisions. It's now a far more interesting, rounded and capable car, that better stands up to comparison with its exotic competition.