Kia details all on fourth-gen Sorento 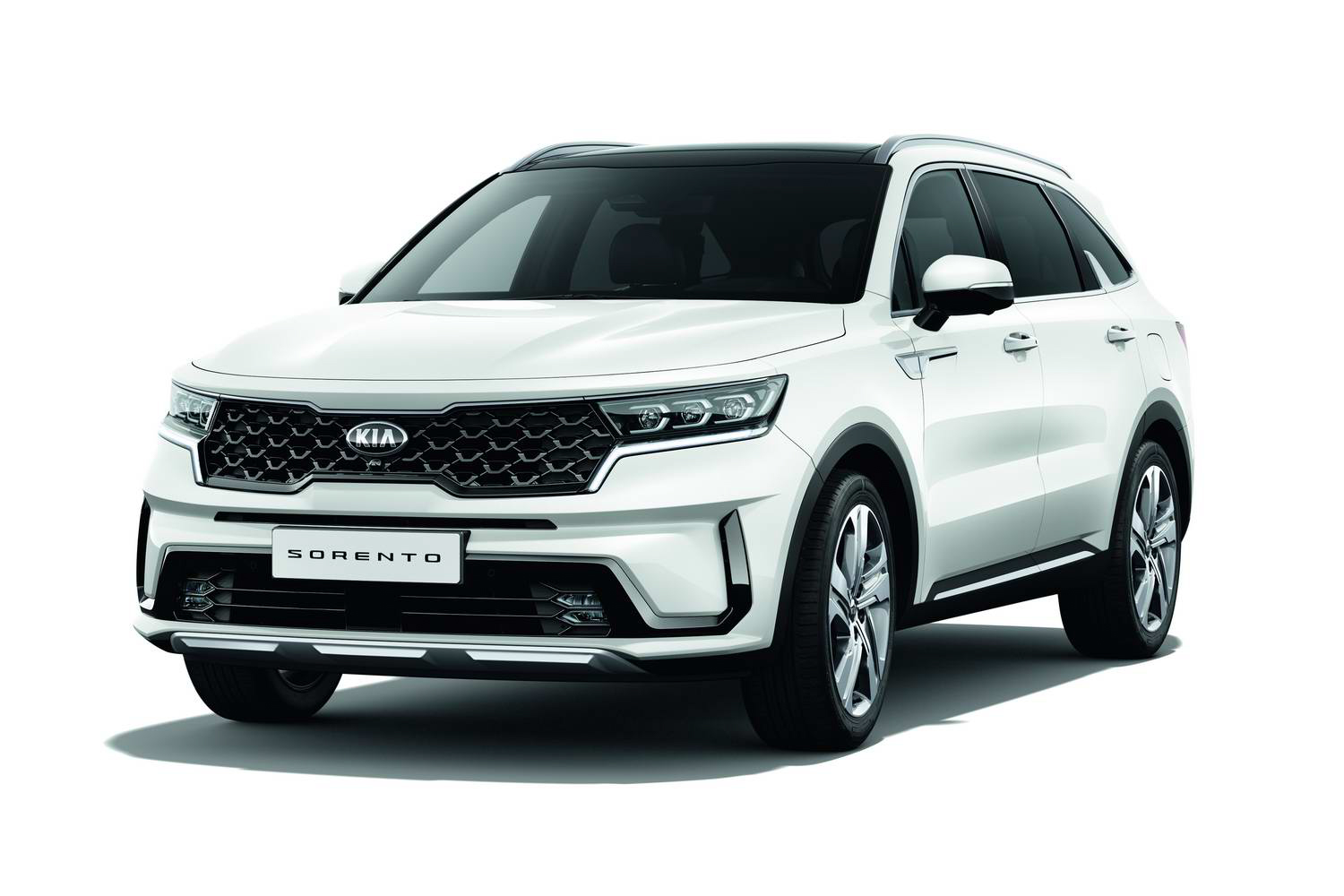 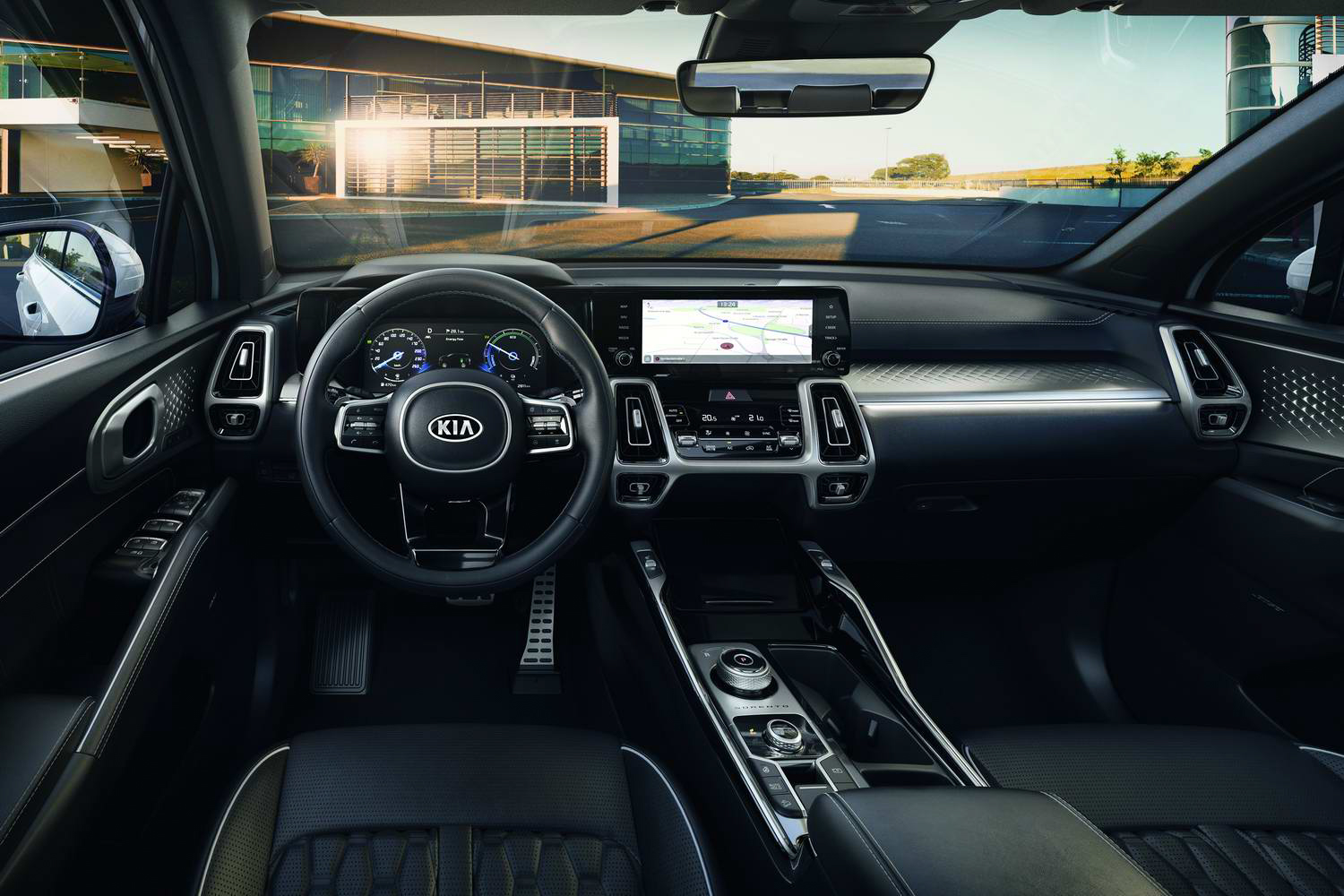 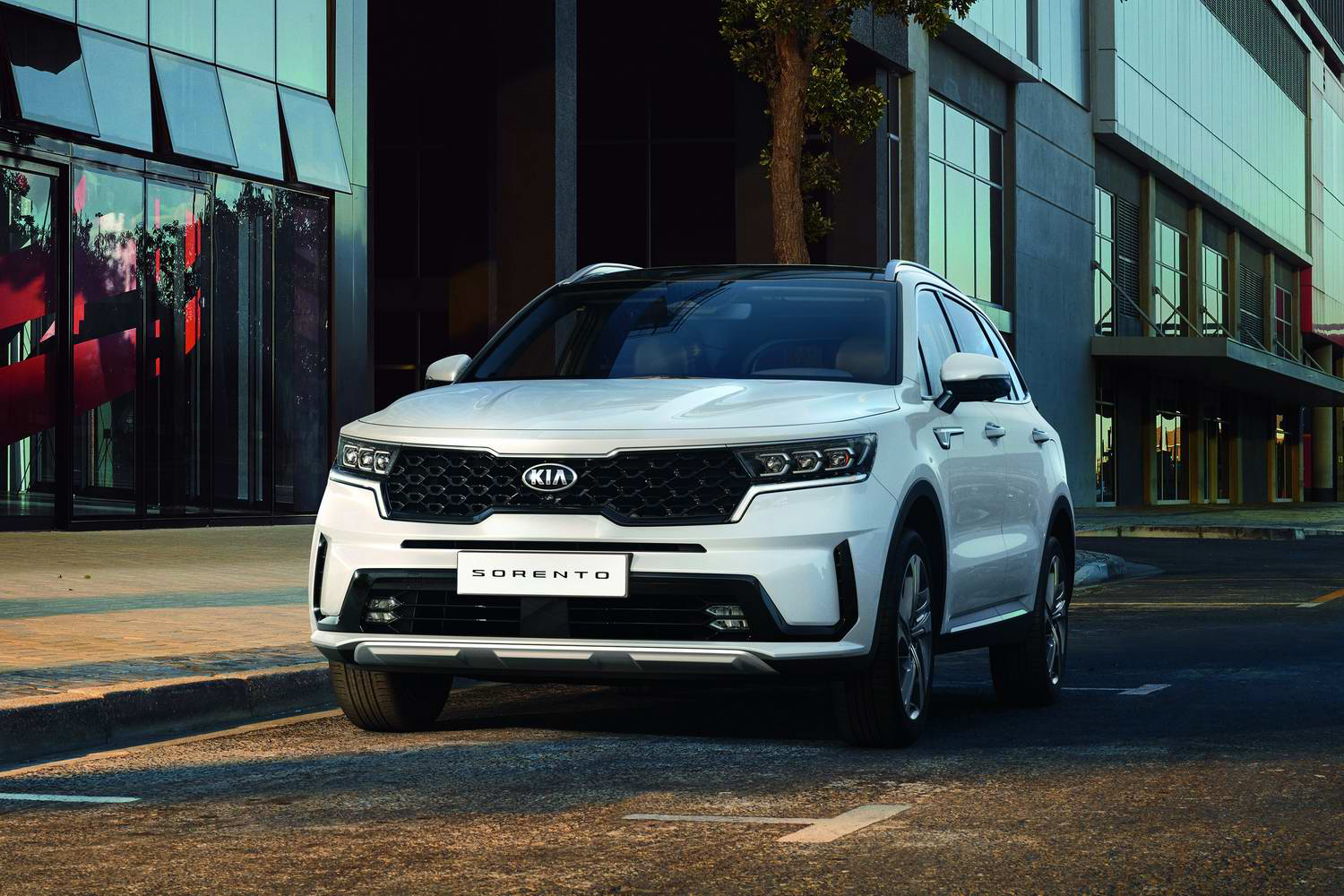 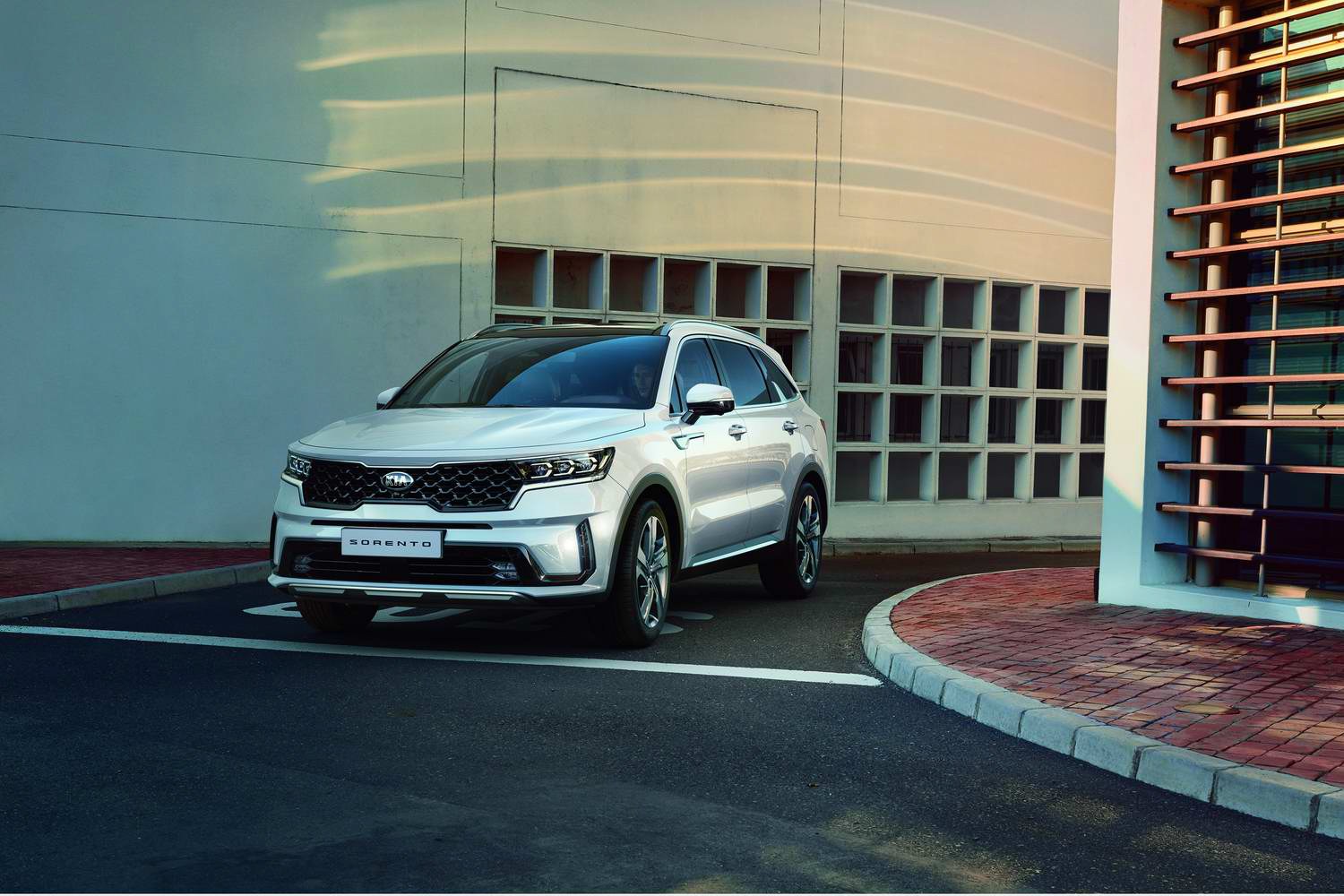 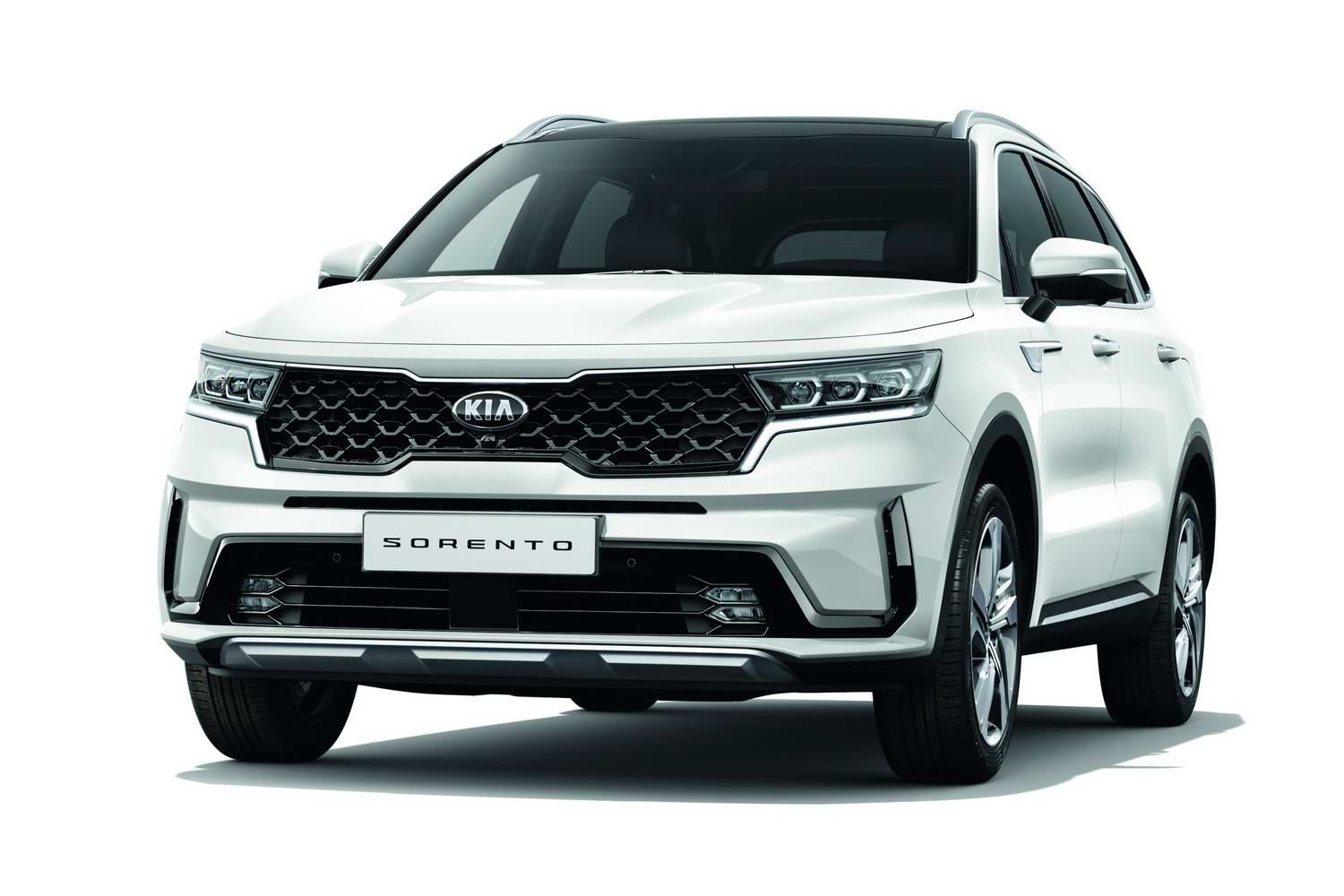 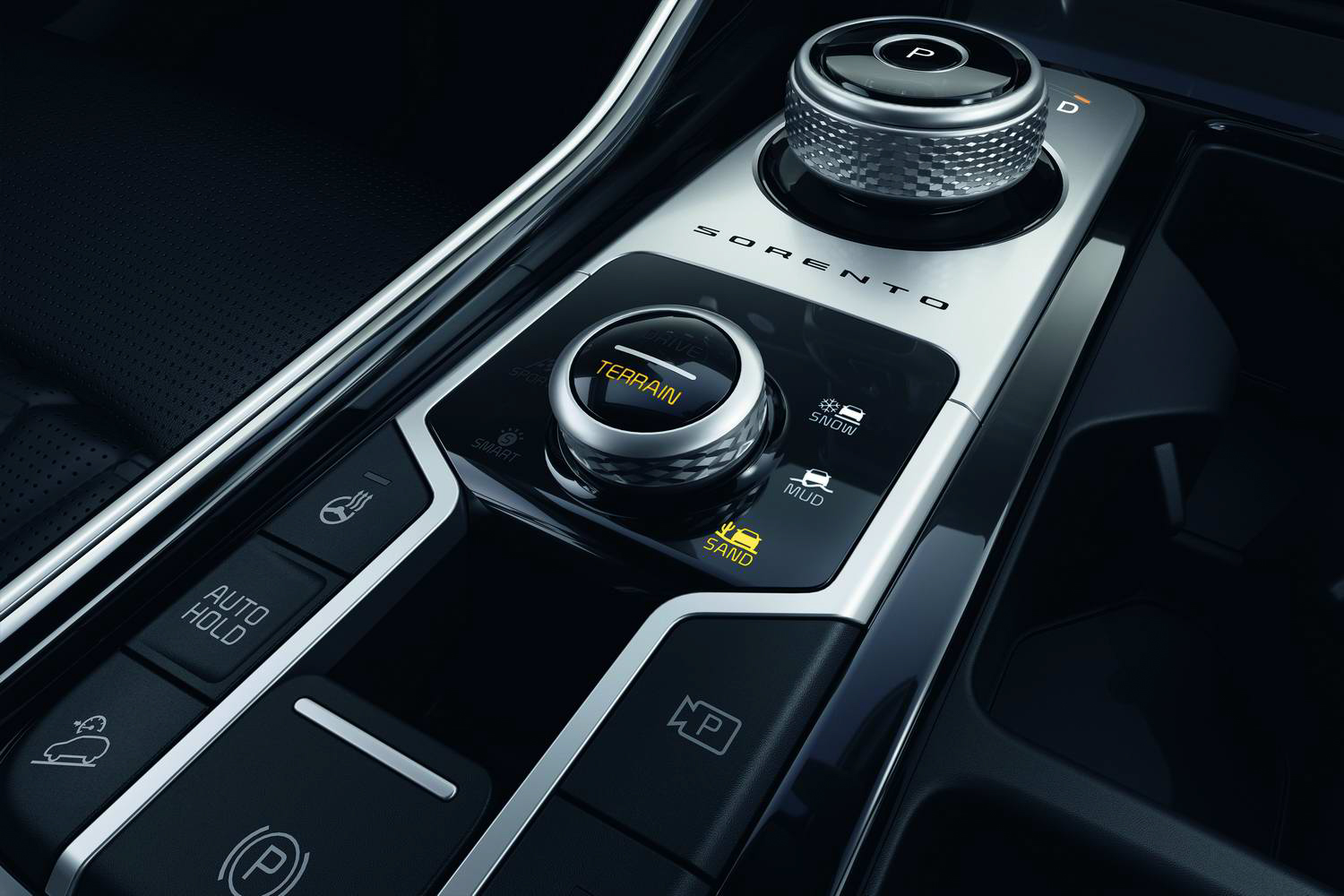 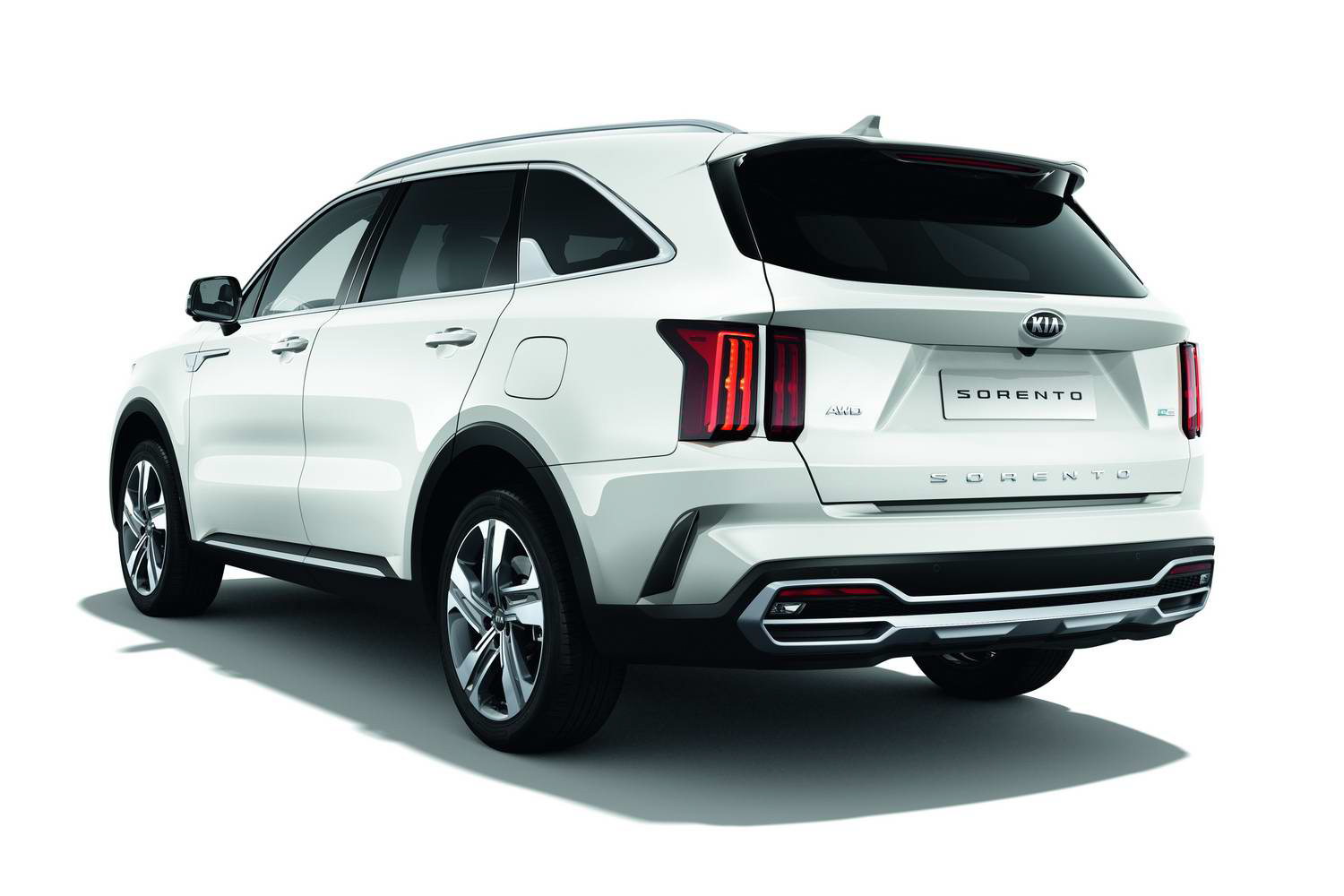 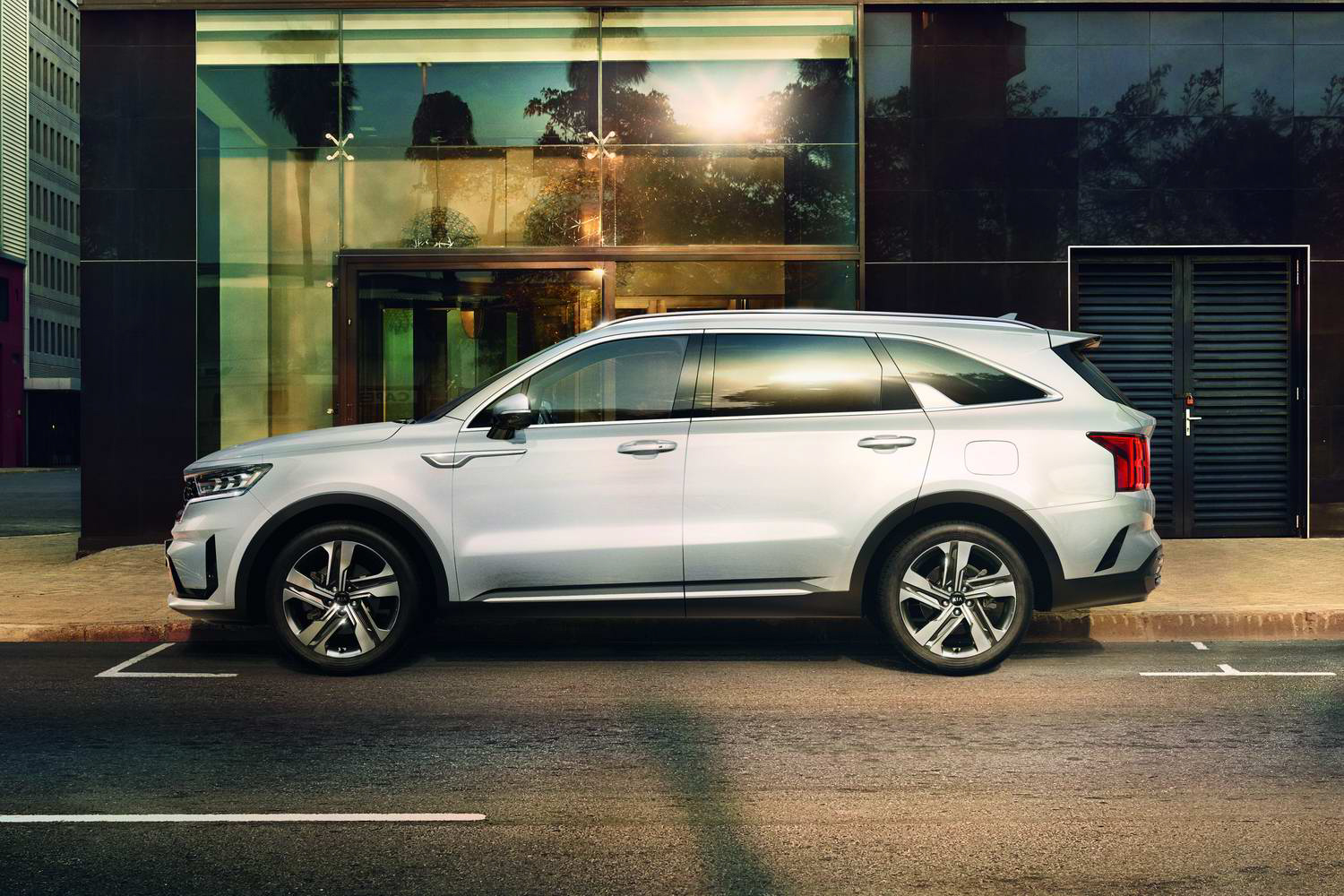 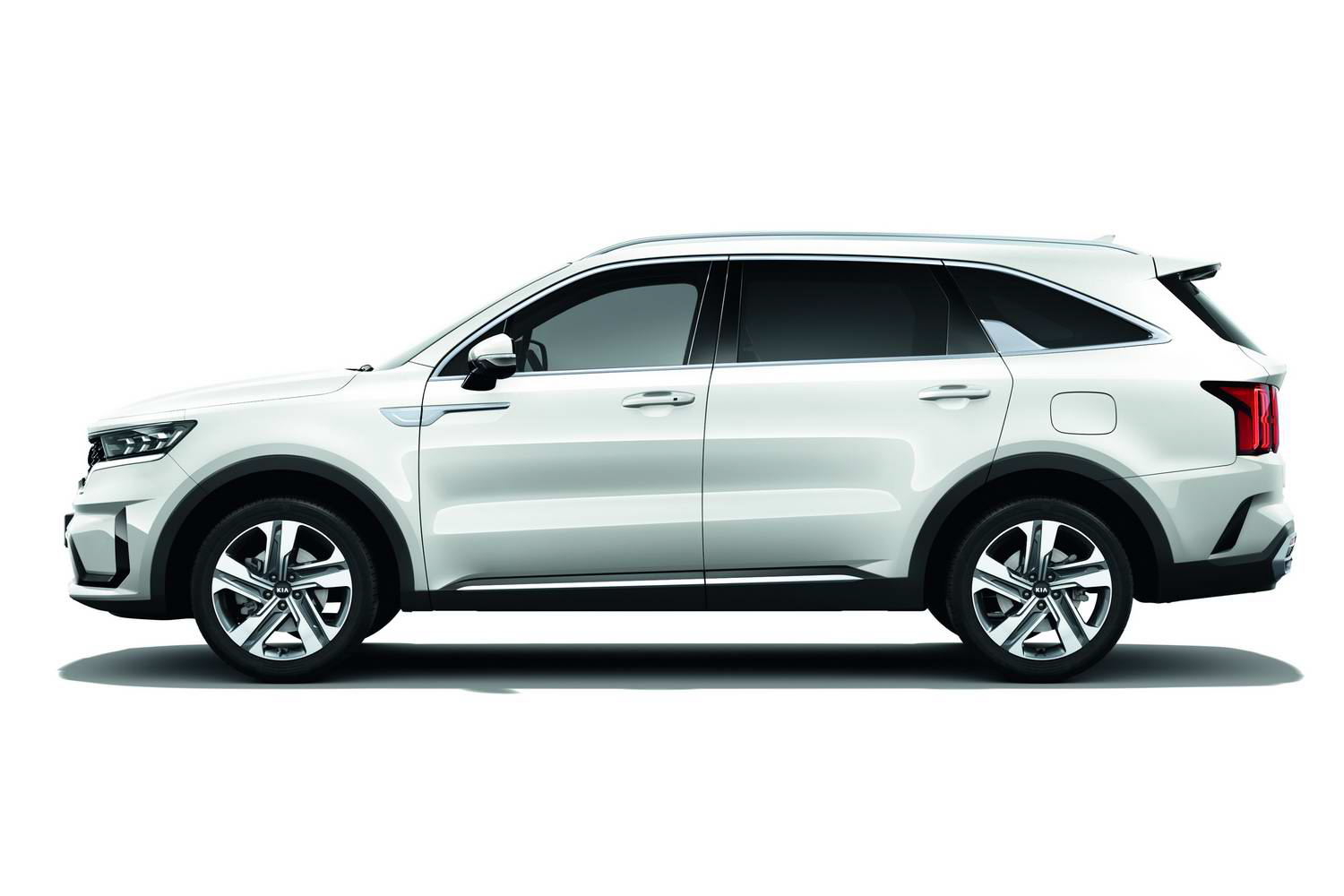 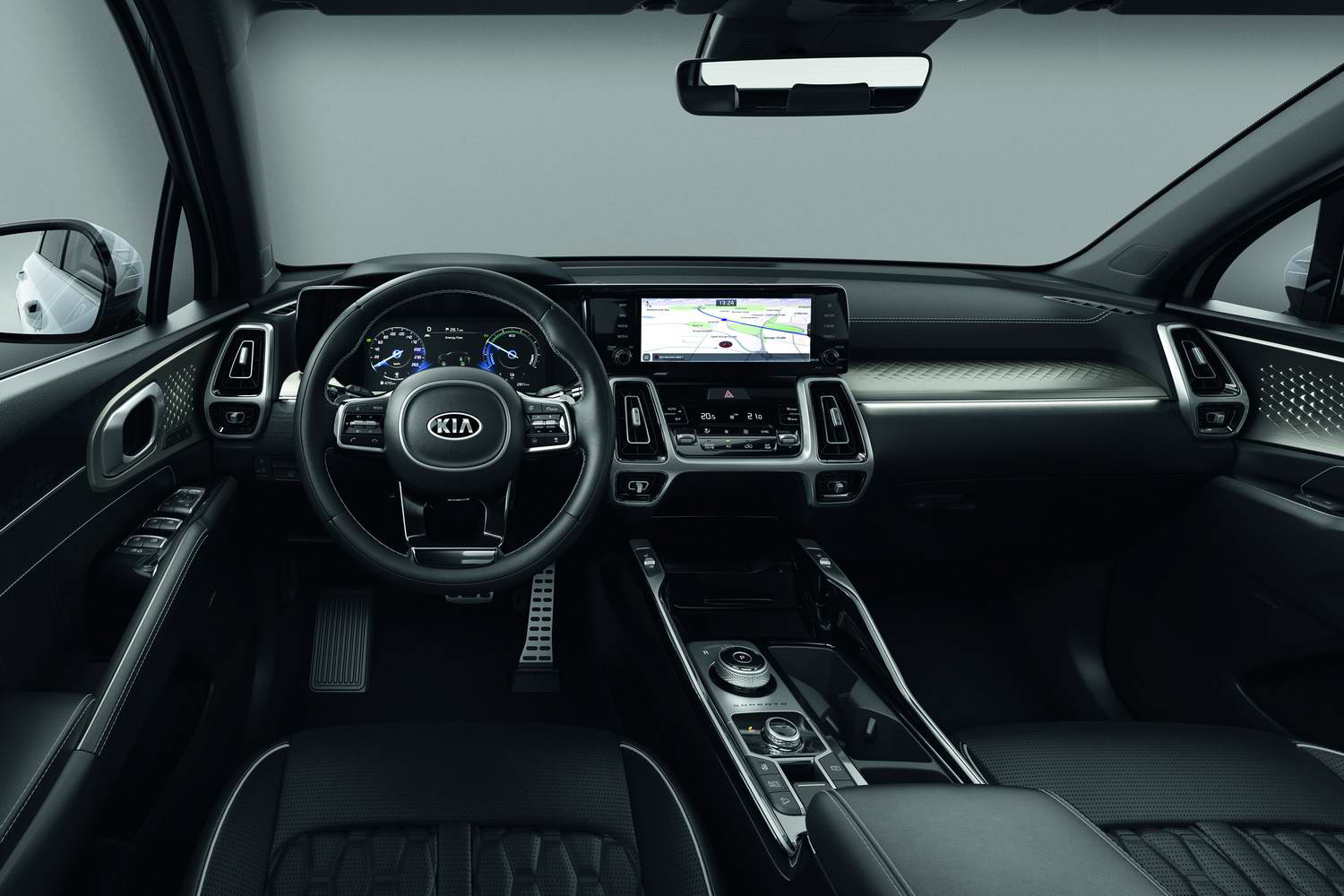 Latest generation of the Sorento SUV has highest tech count of any Kia yet.

With more than three million examples sold since it launched in 2002, the Kia Sorento has been an important model for the Korean firm's growth into a significant mainstream player during the past two decades - so this 2020 fourth-generation machine, its reveal timed to coincide with the 2020 Geneva Motor Show that never was, is a highly important product for Kia going forward.

The Sorento Mk4's styling is bold, with sharp lines and longer proportions than its predecessor (the new Sorento is 10mm longer but has 35mm extra in its wheelbase, for instance), and while the front of the vehicle is something of an evolution of the outgoing Mk3, the rear is quite a startling break with Kia tradition - there's almost a hint of Rolls-Royce Cullinan about it, although whether that's a good or a bad thing depends upon your opinion of the R-R SUV.

Inside, the cabin has been improved again and Kia promises premium-quality materials, the latest infotainment technology and what it says is 'stunning' new design. Indeed, the images show a sculpted, almost two-tier dash with a ledge in front of the passenger, distinctive air-vent details and neat centre console appointments, but undoubtedly the star of the show here is the twin-digital dashboard, dominated by a 12.3-inch digital instrument cluster and a 10.25-inch central display screen. This offers a widescreen experience to the occupants, not dissimilar to the current Mercedes-Benz system. Beyond this, the Sorento is - as it was previously - available as a seven-seater. Being based on the N3 midsized SUV platform, there's more space within and up to 821 litres of boot space (in the seven-seat car with five seats still in play) or 910 litres on the pure five-seat models. Even with all seven seats in use, the Sorento still offers between 179 and 187 litres of cargo capacity.

Perhaps the N3 platform's biggest selling point is that it can now take Kia's 'Smartstream' electrified powertrains, the first of which will be a 1.6-litre T-GDi turbocharged petrol engine, allied to a 44.2kW (60hp) electric motor and a 1.49kWh lithium-ion battery pack. The peak output of this mild-hybrid (MHEV) drivetrain will be 230hp and 350Nm, although - if you're thinking these sound like modest numbers - you might be pleased to hear that a Plug-in Hybrid (PHEV) variant of the Sorento will follow on soon after. For European customers only, a 2.2-litre Smartstream diesel (not hybrid, however, despite its name) will also be offered, which delivers 202hp and 440Nm. This is the engine the Mk3 had at run-out.

All Sorentos will have access to a wealth of connectivity and active/passive driver-assist and safety technology, and Emilio Herrera - chief operating officer for Kia Motors Europe, said: "The Sorento's evolution over the last 18 years echoes that of the Kia brand as a whole. While the car was initially launched in 2002 as a utilitarian all-terrain vehicle, the fourth-generation Sorento launched today has been transformed into something altogether more desirable. It is an important launch for Kia, particularly now that it also represents the first use of electrified power in our flagship SUV."