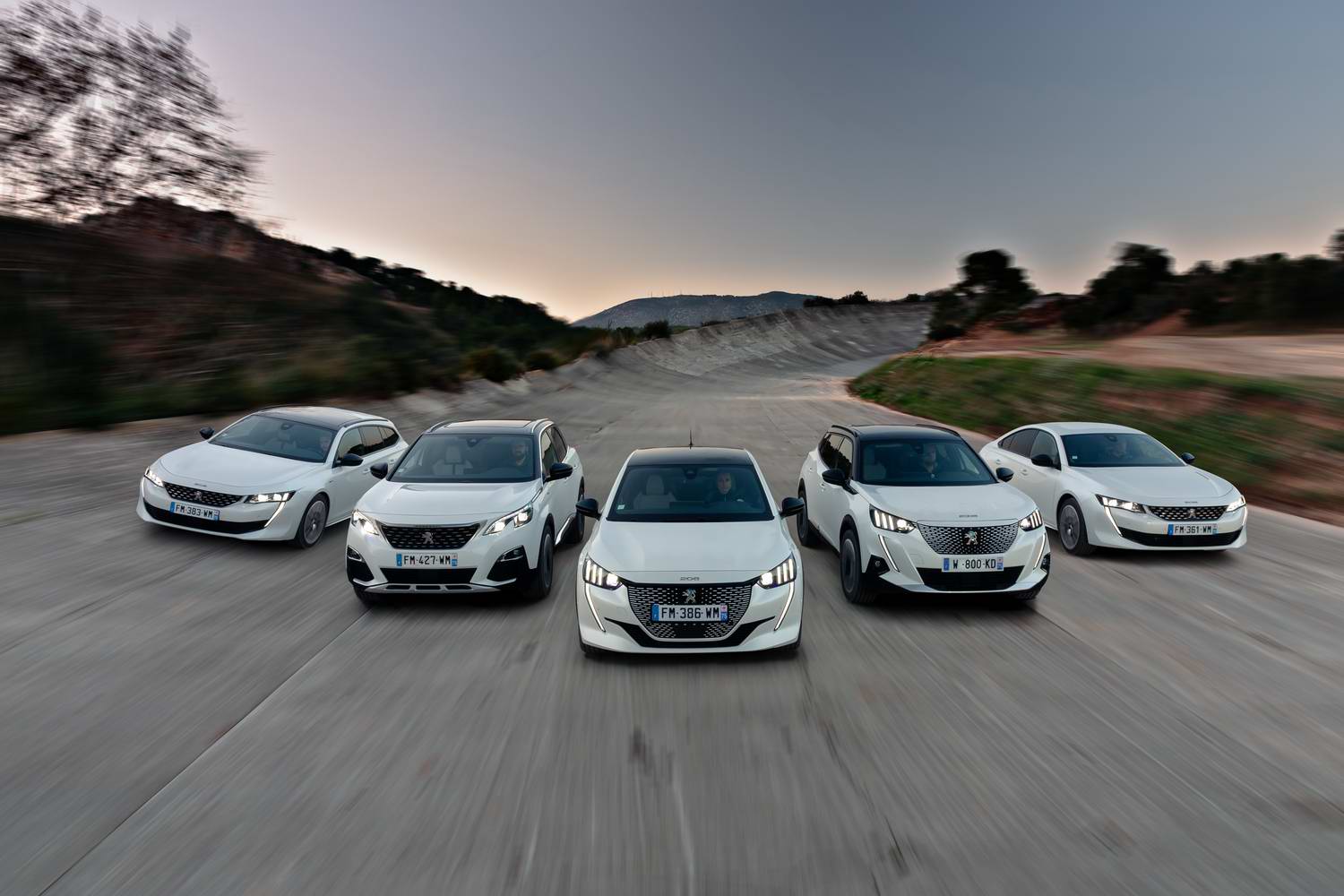 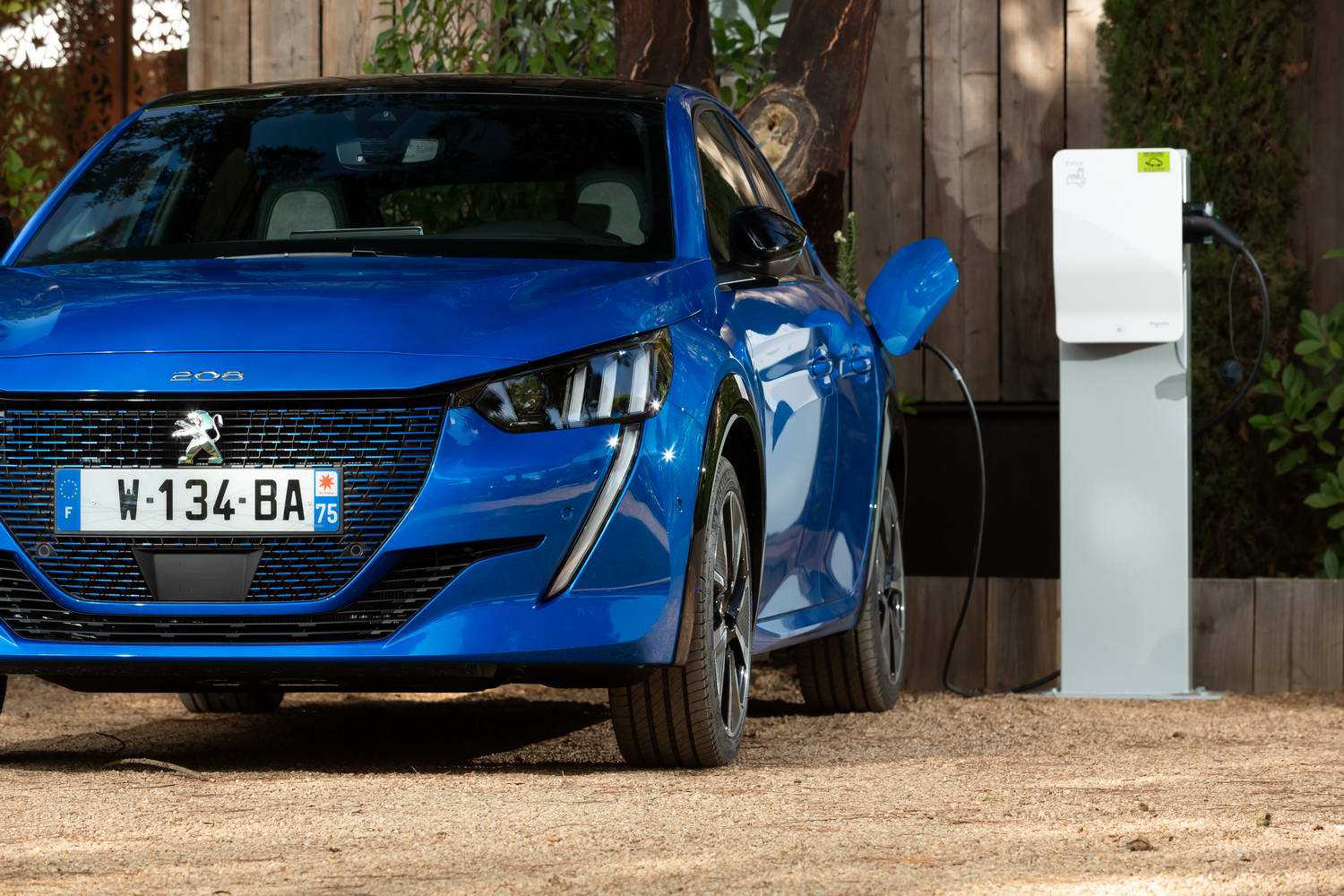 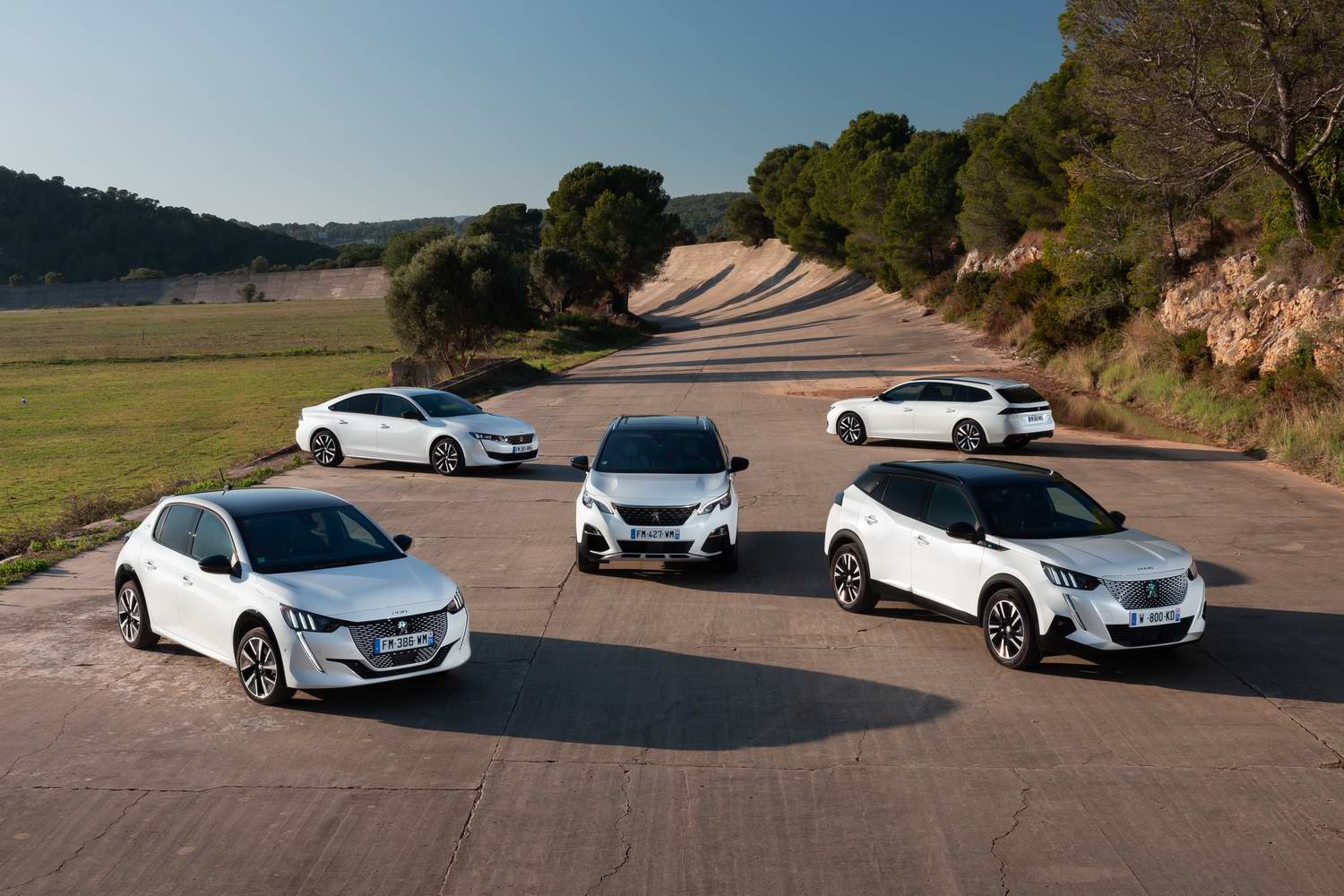 Electrification front and centre in new line-up of Peugeot cars on the Irish market.

Peugeot Ireland has this week launched a bevy of new models on the Irish market, allowing it cover, in its own words, '100% of the market.' At the forefront of the onslaught is the new Peugeot 208 hatchback and Peugeot 2008 crossover, but the bigger news is arguably the arrival of electric versions of those, along with plug-in hybrid options in the Peugeot 3008 and Peugeot 508 line-ups.

Kicking things off is the sharply styled new Peugeot 208 supermini. Prices start at €18,300 for the entry-level Active model powered by a 75hp 1.2-litre petrol engine, rising to €21,750 for the 1.5-litre BlueHDi diesel or €27,334 (including SEAI grant and VRT rebate) for the all-electric Peugeot e-208, both in the same trim level. All three powertrains are available across Active, Allure and GT Line specifications, while the 136hp e-208 is additionally available in top-rung GT guise. The 1.2-litre PureTech petrol engine is also offered in 100- and 130hp states of tune with an eight-speed automatic standard on the latter and optional on the former. Interestingly, Peugeot will allow buyers of the new 208 to specify the eye-catching 'Faro Yellow' metallic paint at no charge.

Irish prices have not yet been confirmed for the all-electric Peugeot e-2008, but they won't be long coming, as production for the Irish market starts next month for first deliveries before the summer. The petrol and diesel versions of the Peugeot 2008 start at €23,900 and €25,900 respectively. Again, the trim levels are called Active, Allure, GT Line and GT, though the latter is reserved exclusively (for now, anyway - we suspect that the e-2008 will also be available as a GT) for the 155hp 1.2-litre PureTech petrol engine and automatic transmission. Other petrol options include the entry-level 100hp unit, along with a 130hp option, while the sole diesel engine is a 100hp 1.5-litre engine. The new 2008 can be had in striking 'Orange Fusion' metallic paint for no charge.

Peugeot Ireland's best-selling car is the 3008 crossover and now it gets hybrid power. Buyers can choose from a front-wheel-drive version with 225hp or the range-topping 3008 Hybrid4, which has an extra motor for all-wheel drive and up to 300hp. Both use a turbocharged 1.6-litre petrol engine up front and come with a quoted all-electric range of nearly 60 kilometres. Pricing starts at €37,995, though we don't have a price for the four-wheel-drive model as yet.

The new hybrid version of the Peugeot 508 https://www.completecar.ie/car/search/car-reviews/Peugeot/508 uses the same basic front-mounted motor and engine combination as the 3008 and it's offered in fastback and SW estate body styles. Pricing starts at €38,900.

In Peugeot Ireland's presentation of the above, it confirmed that all of its model ranges would have electrified (that means either fully-electric or hybrid) versions available by 2023. Next up is the Peugeot light commercial vehicles, including an electric e-Boxer later this year with 50- and 75kWh battery options, followed by electric versions of the Peugeot Partner and Rifter next year.