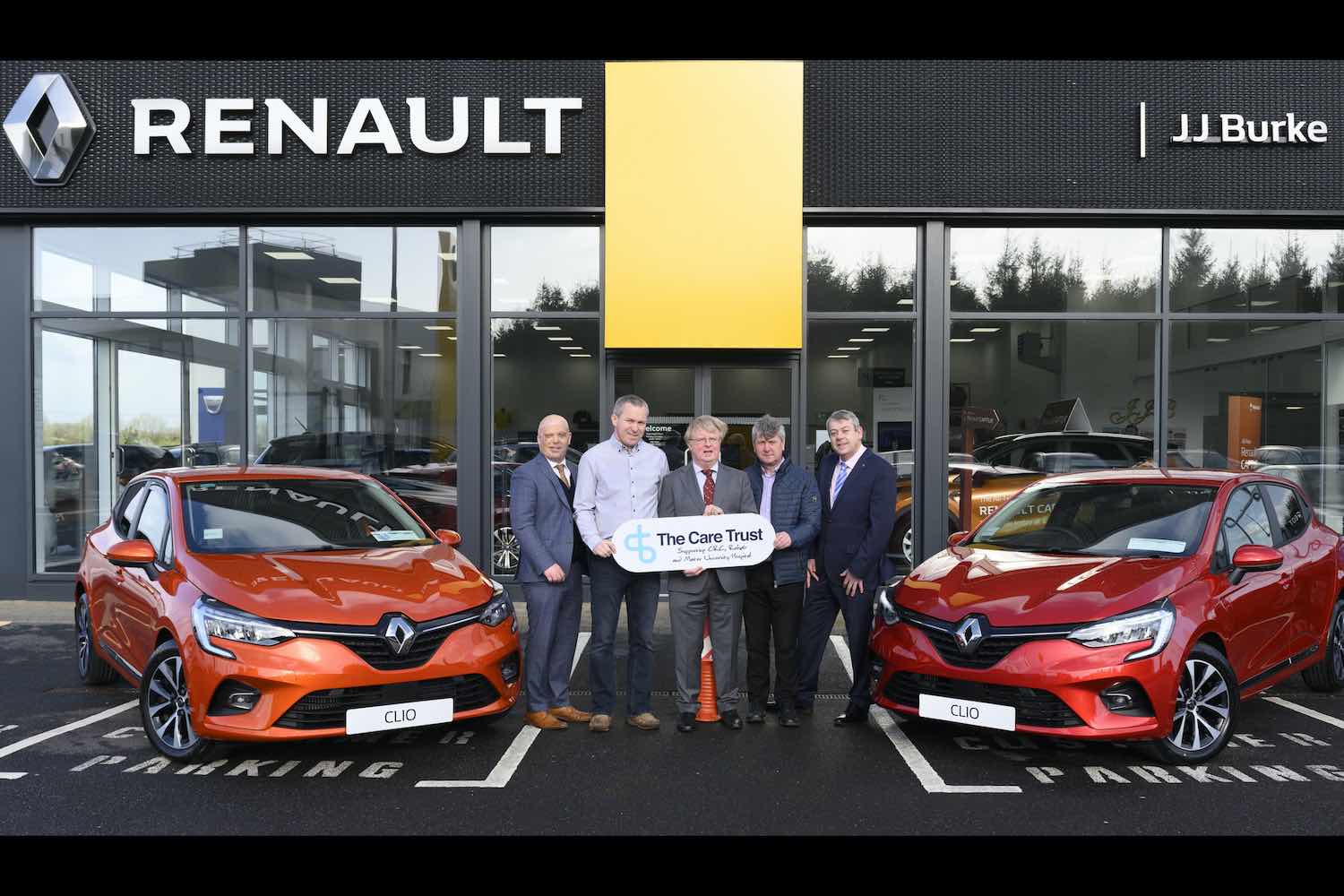 First winners of The Care Trust charity lotto get on the road in their new Renault Clios.

The first two winners in a massive 36-car giveaway have hit the roads in their new Renault Clios.

Three cars to be won every month

Renault has partnered with The Care Trust to give away 36 new Clios for charity lotto prizes this year, and the first two cars have now been won by lucky contestants. The handovers to Pat Qualter of Corrandulla, Co. Galway and Mayo man Eamonn Bourke of Ballina, took place at JJ Burke Renault in Ballinrobe, Co. Mayo. With three draws every month, the third new Clio won in January went to Maria Donnelly of Terenure in Dublin.

The Care Trust provides help to those who need it most

These two cars were the prizes in the January draw in The Care Trust's monthly competition. The Care Trust is a non-profit organisation and a registered charity, raising much needed funds for the CRC, Rehab, and the Mater University Hospital since 1974.

In 2019, The Care Trust provided €2.15 million to CRC, Rehab and the Mater Hospital from its fundraising efforts. These funds help to ensure that thousands of children and adults with physical, medical or intellectual disabilities, those who are socially disadvantaged and those requiring medical care have the opportunity to achieve their full potential.

Clio is a best-seller in Ireland in January

In the 30 years since the iconic supermini first went on sale, Clio has become Renault's best-selling model worldwide, with 15 million Clios finding homes. The fifth generation of Clio arrived with a totally refreshed exterior styling combined with revolutionary interior design, and sets new standards for quality, technology and practicality. It's also one of the safest cars in its class, as highlighted by its five-star EuroNCAP rating and the best-selling car in its class in Ireland in January 2020.