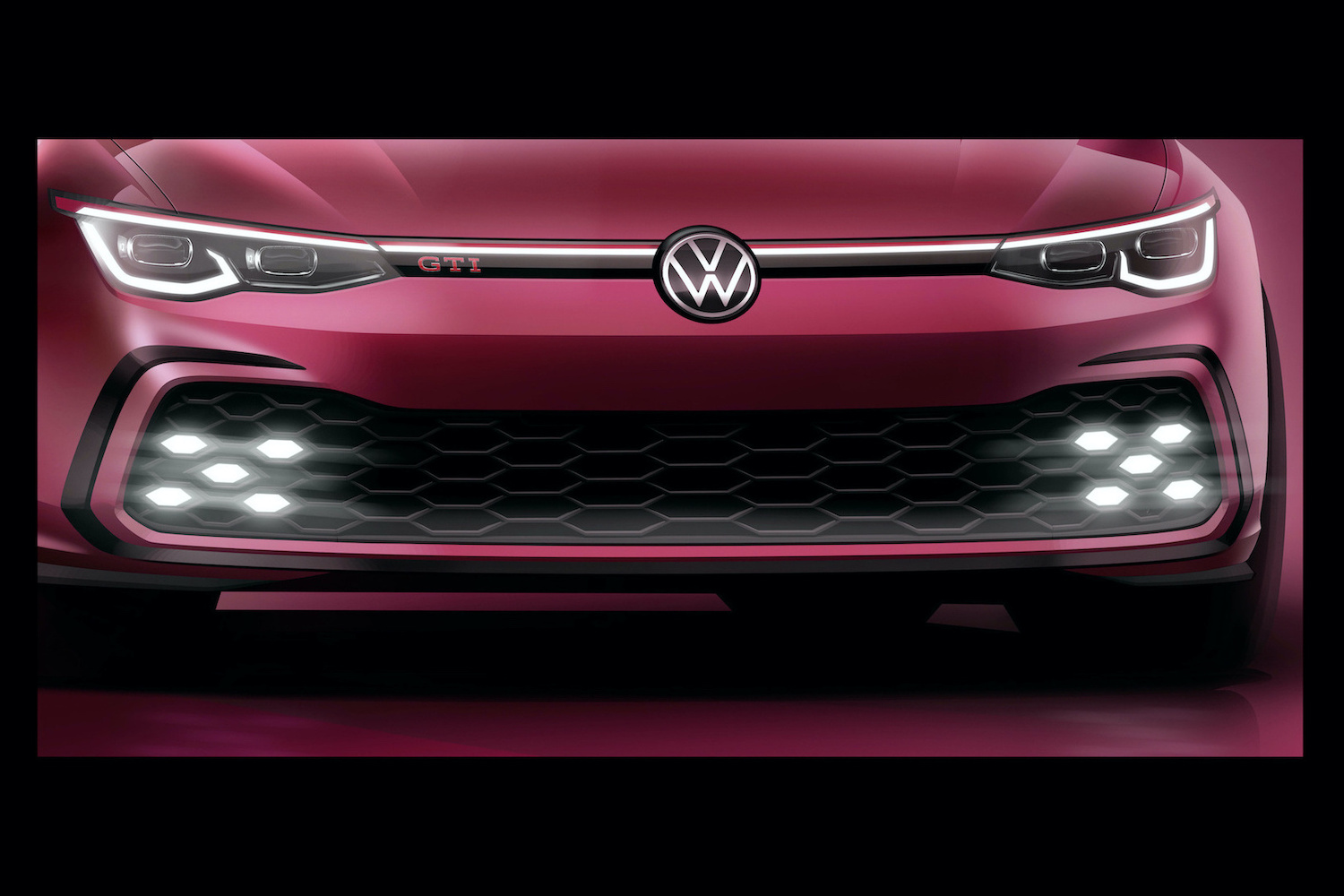 Eighth generation of hot Volkswagen Golf will be shown in two weeks.

Volkswagen has confirmed what we've long suspected; that the new Golf GTI will make its public debut at the Geneva motor show on the 5th of March.

45 years on from the original Golf GTI

45 years on from the launch of the Mk1 GTI at the Frankfurt motor show, the eighth GTI will take a bow on a Swiss stage. All we know on the styling front is what we can see from an occluded sketch image which VW has just released. It shows the blunt-nosed front end of the new Mk8 Golf, with the GTI logo in red, a subtle red stripe running through the radiator grille and lights, and the same foglights as seen on the GTD Golf image - small multi-point hexagonal beams set low in the front air intake.

According to Volkswagen: "The GTI's secret of success is that its DNA has never changed. It still has a clean design, front-wheel drive, the most agile running gear, a powerful petrol engine, insignias like the red stripe in the radiator grille, and chequered seat covers. But the Golf GTI also became an icon because Volkswagen continually reinvented it, all along combining tradition with innovation. And that's also the case in 2020. Volkswagen has digitalised and networked the new Golf GTI, catapulting it into the future with a multitude of intelligent assistance systems and a both powerful and stylish design."

That means that it will get the same advanced driver aids as the rest of the Mk8 Golf range, along with high-tech communications options including always-on internet, and car-to-X safety and traffic alerts. It'll also have the Travel Assist system which will help to keep you in lane and at a safe distance from the car in front at speeds of up to 210km/h, but who wants to buy a GTI and give control to the computer chips?

Volkswagen says that the 2.0-litre EA888 turbo engine's power will "will exceed expectations." That suggests that the standard model will see power rise to the same 245hp as the outgoing Performance model, while there will also be a top-spec version, with around 300hp (with the Golf R moving up to a more robust 400hp), possibly to be called GTI Clubsport. The usual six-speed manual and seven-speed DSG gearboxes will be available, and DCC adaptive dampers will be fitted, possibly as standard.