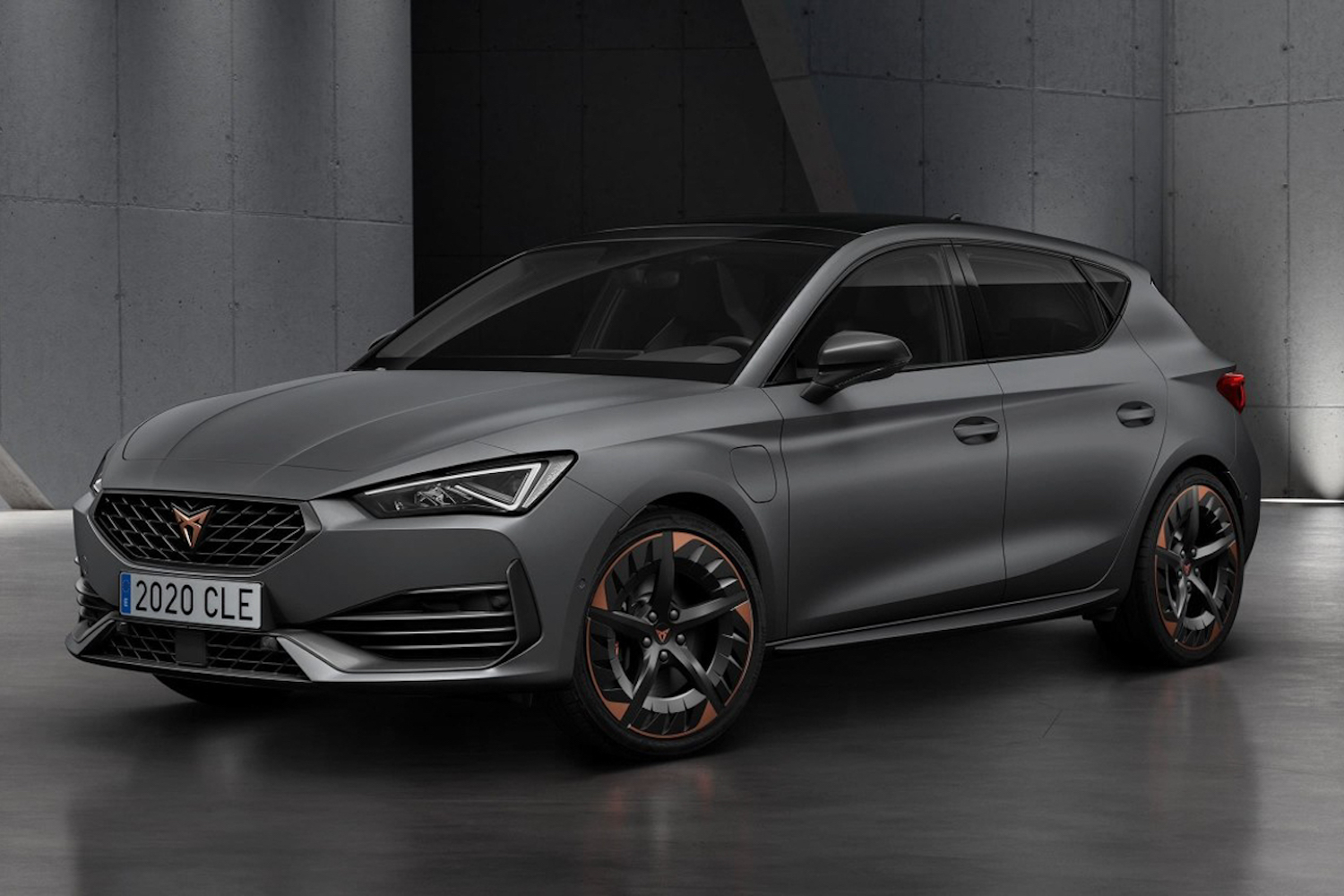 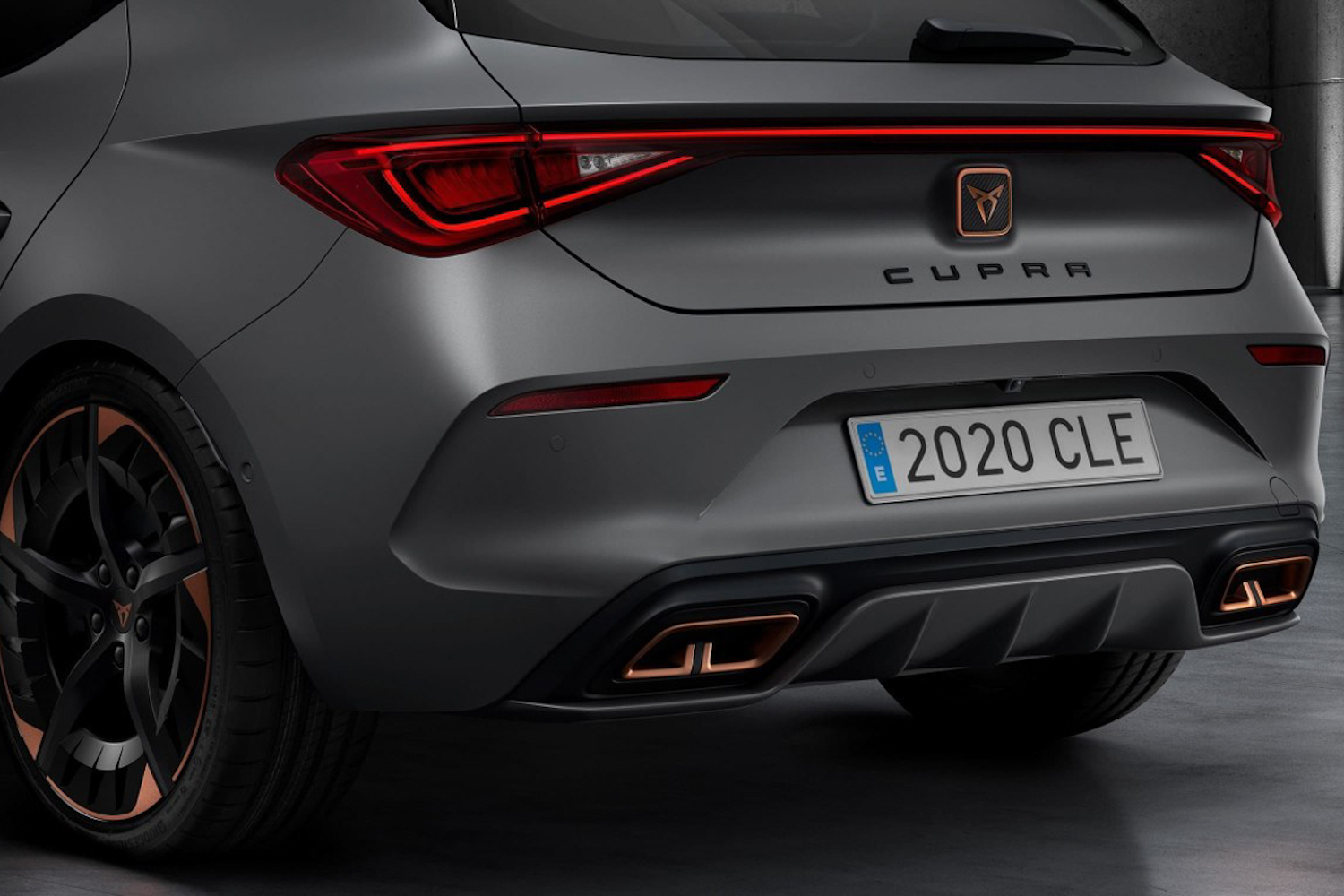 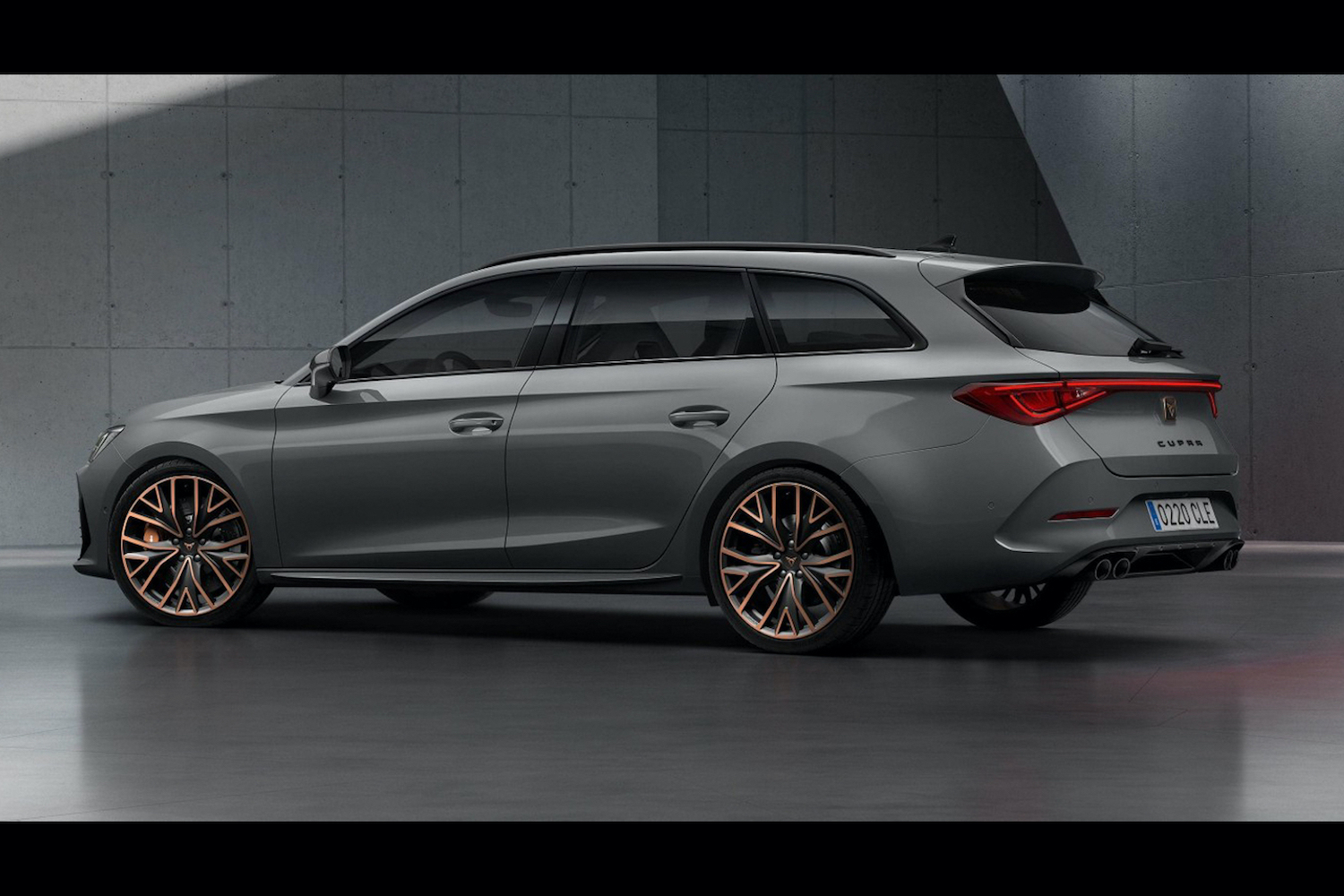 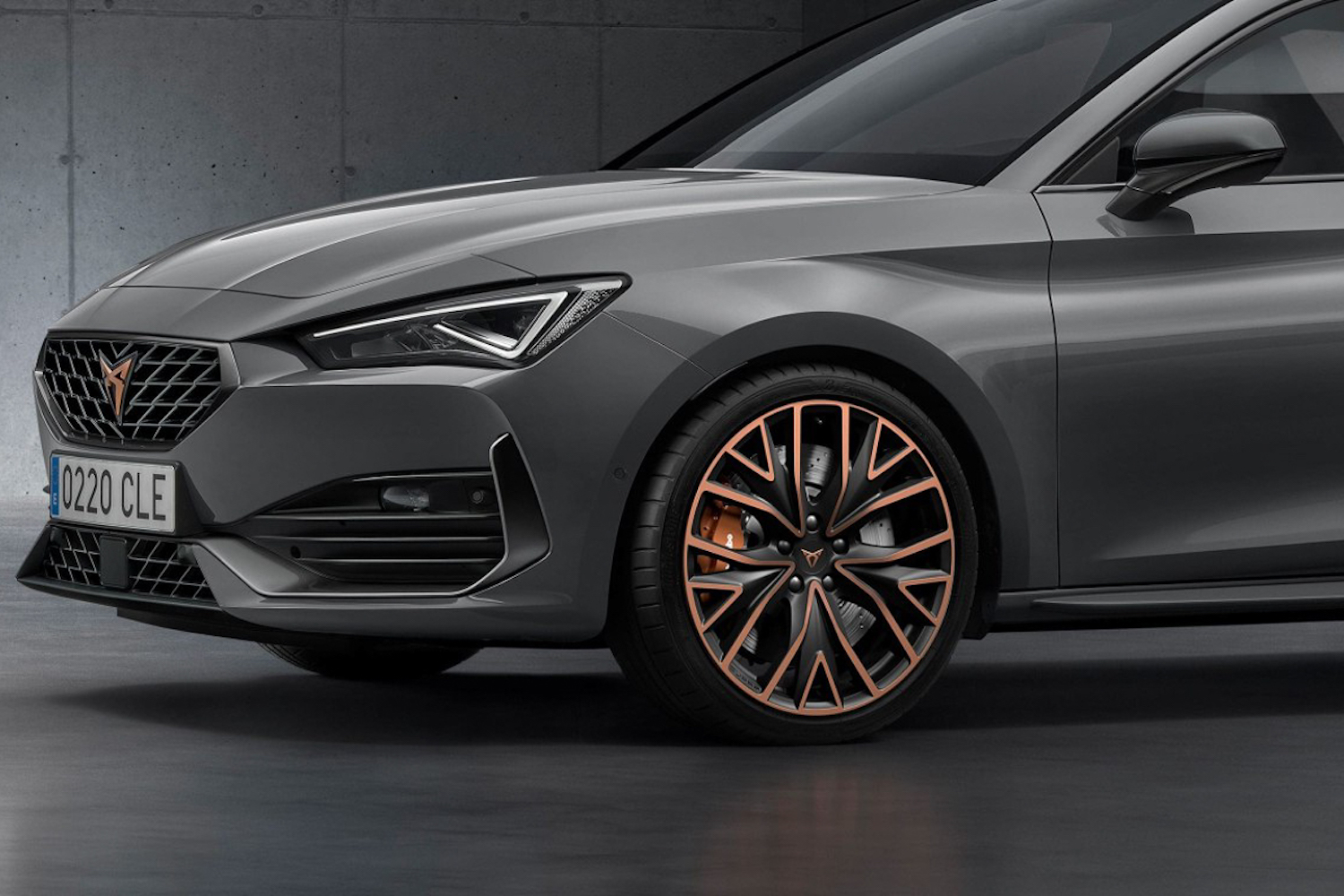 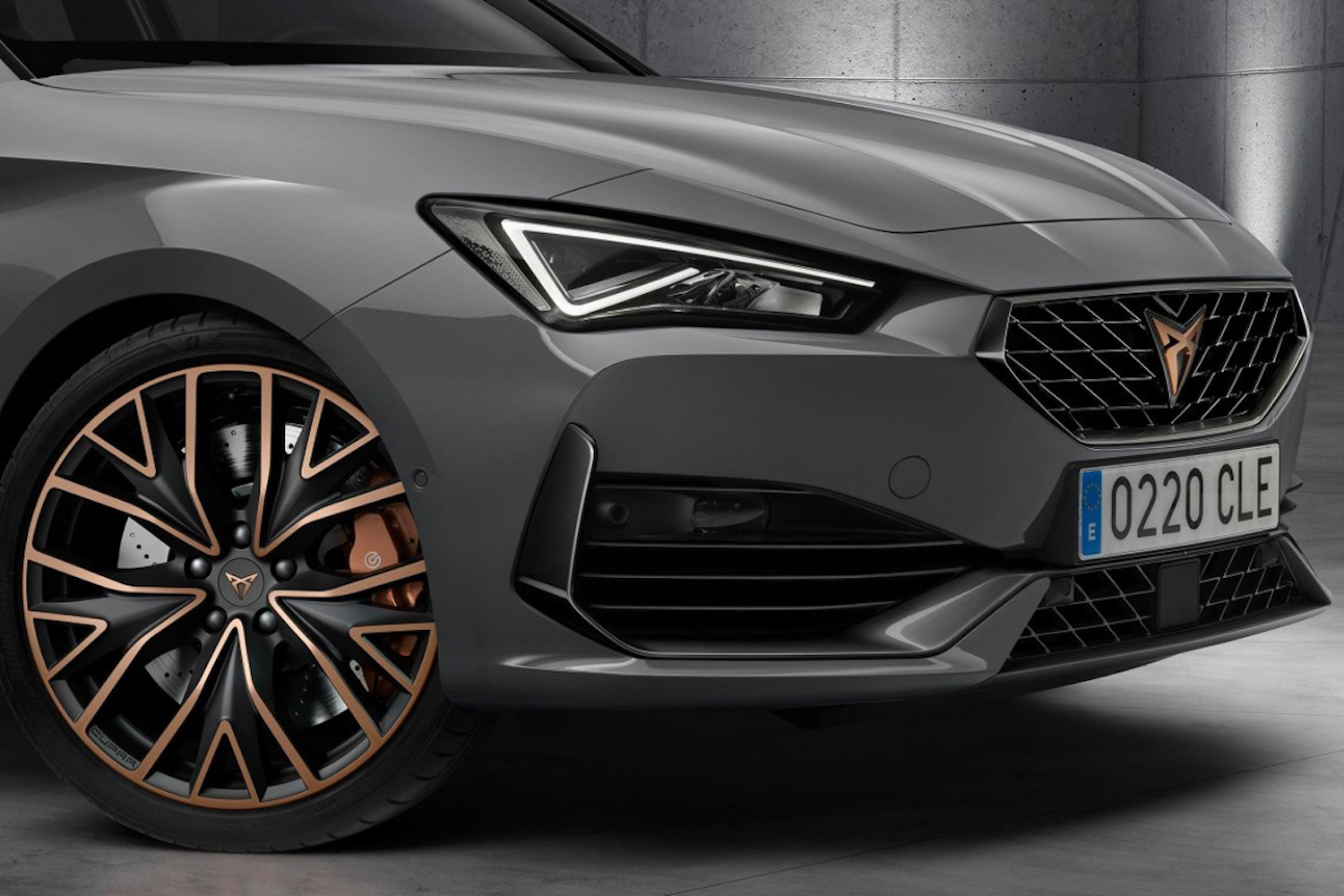 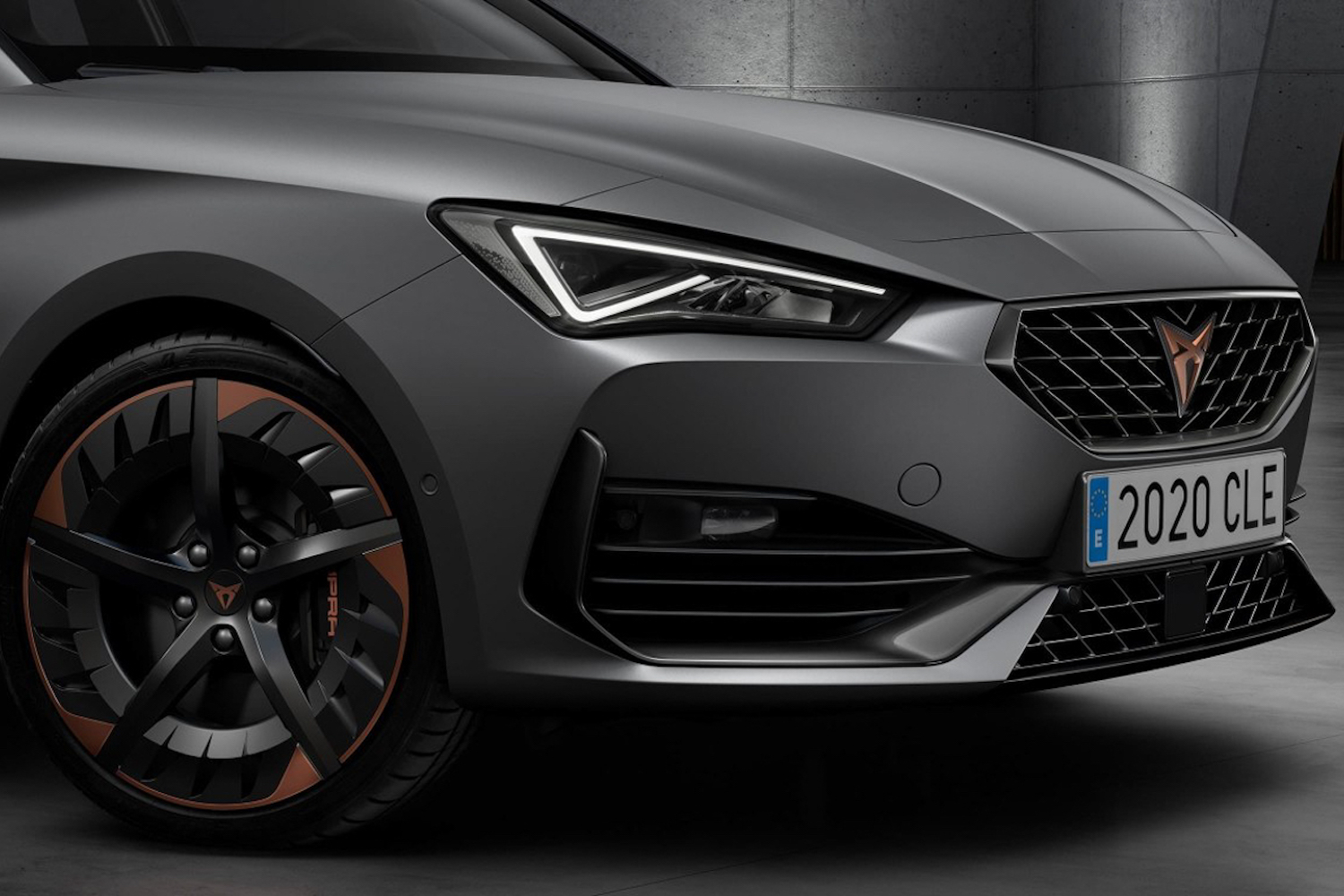 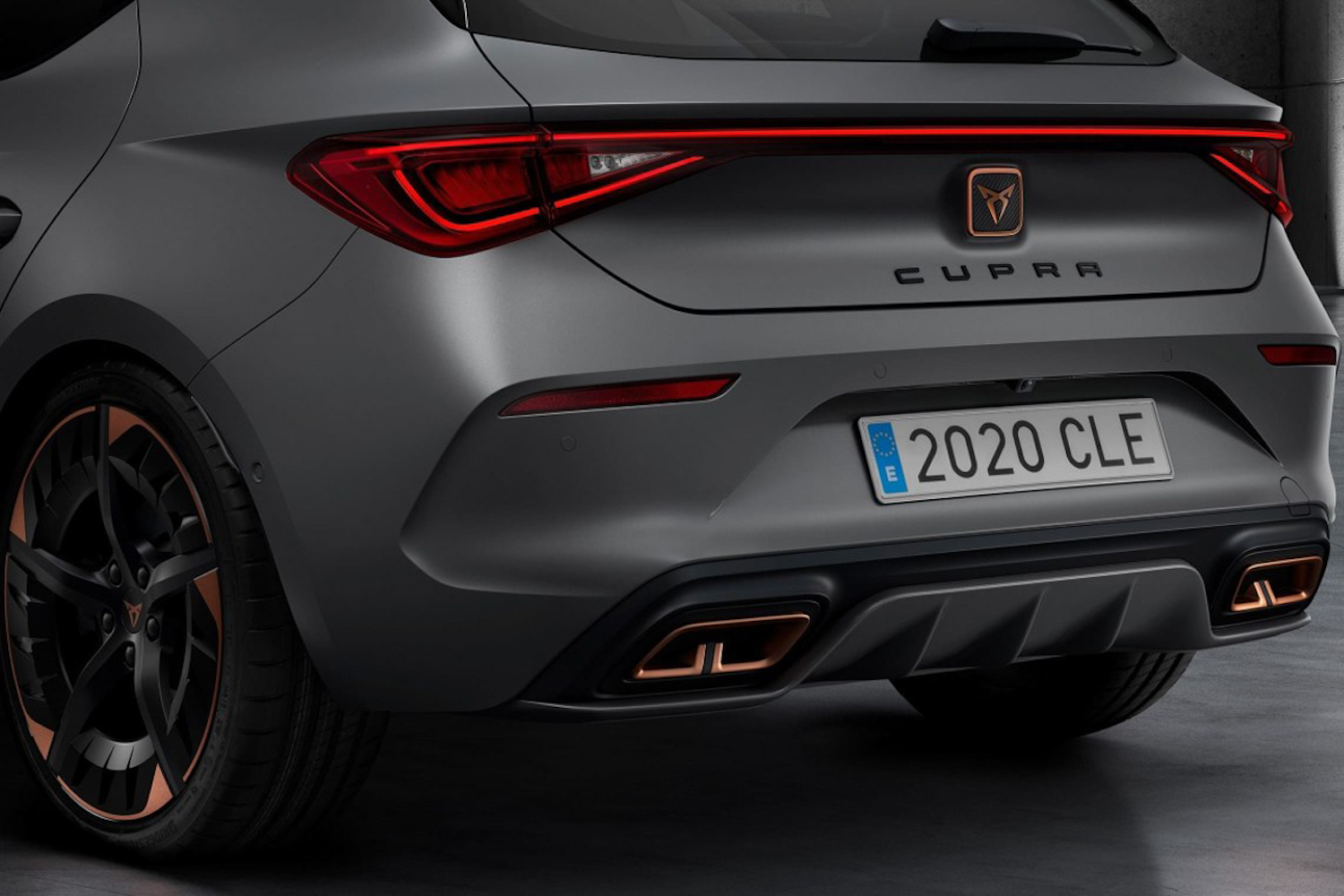 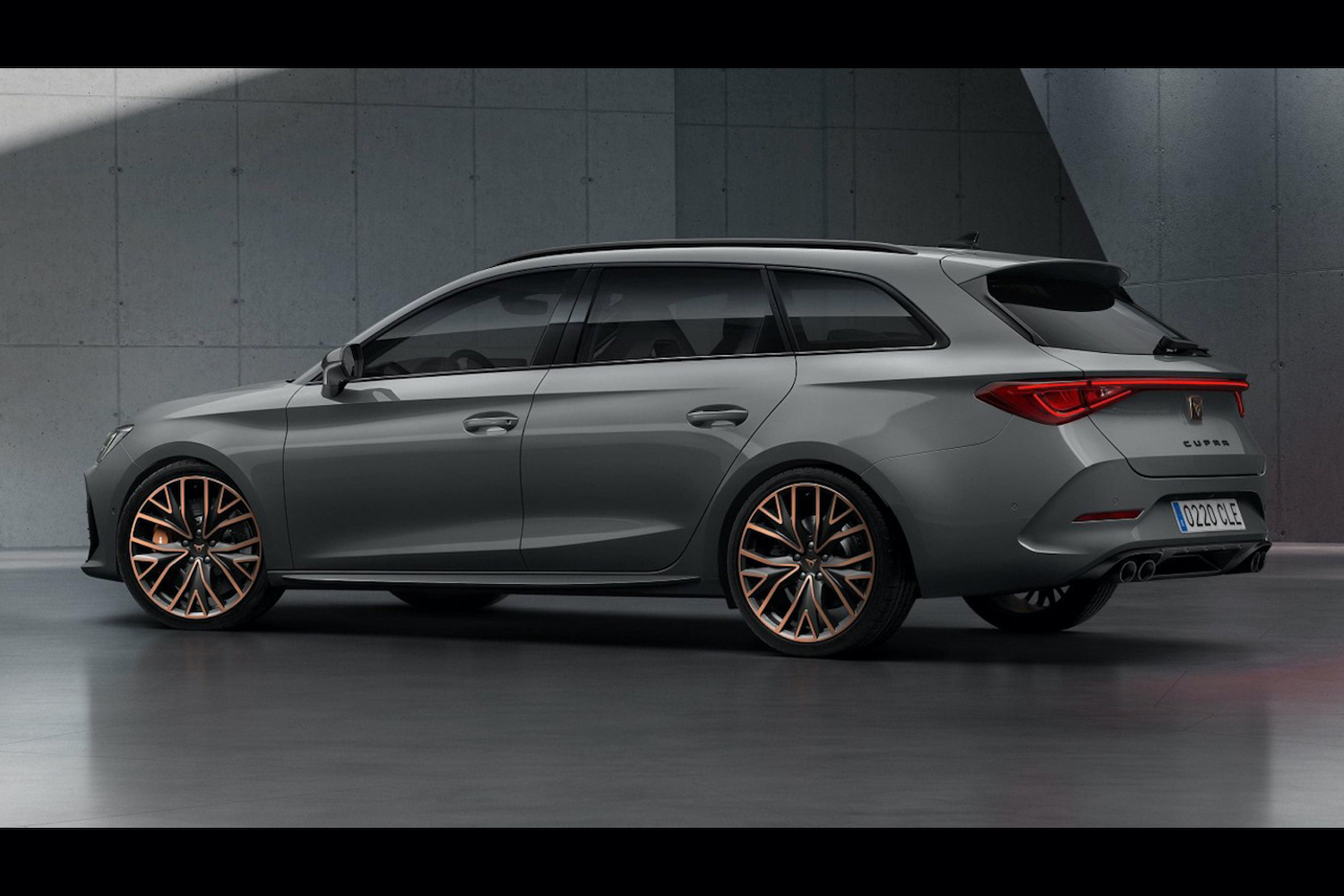 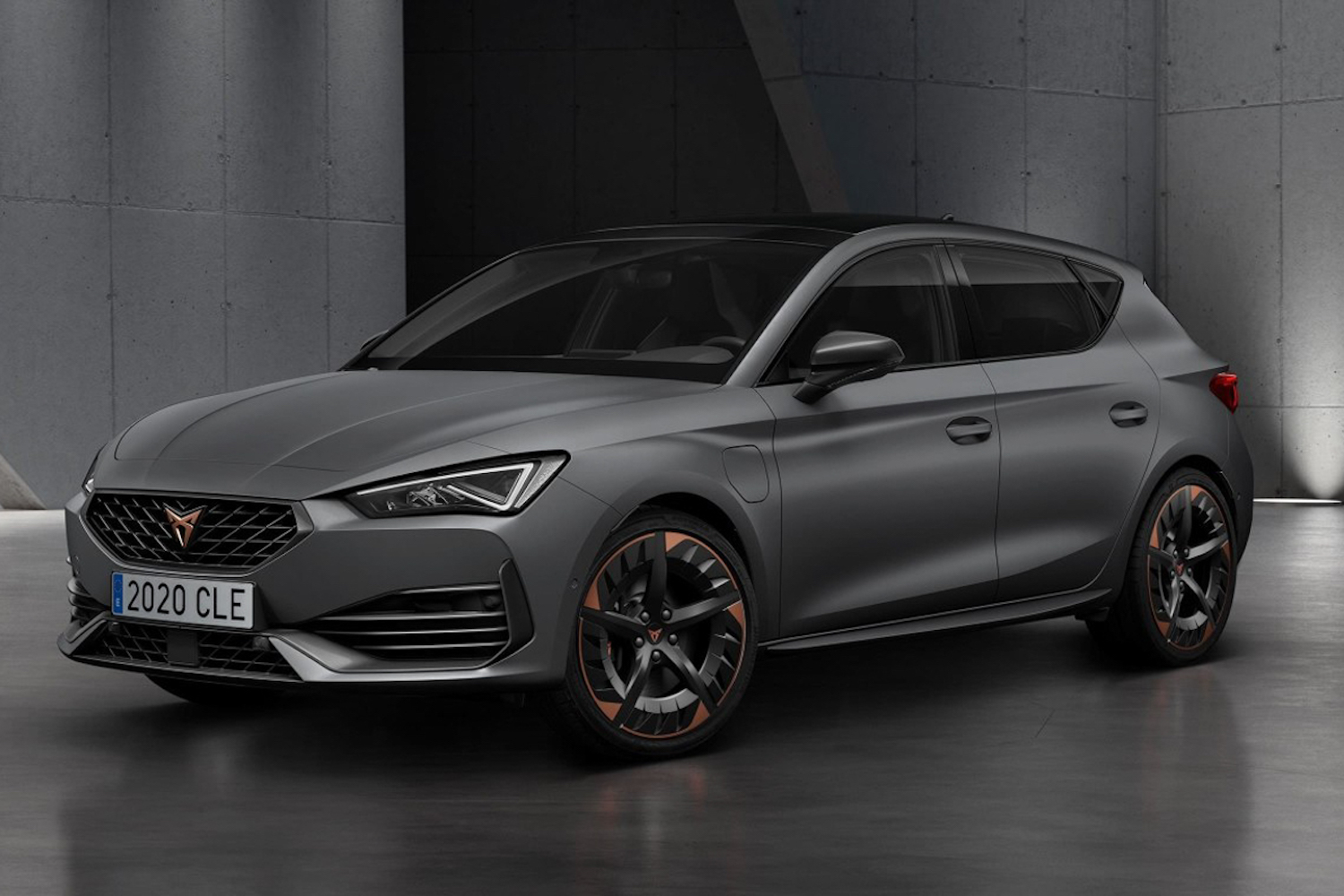 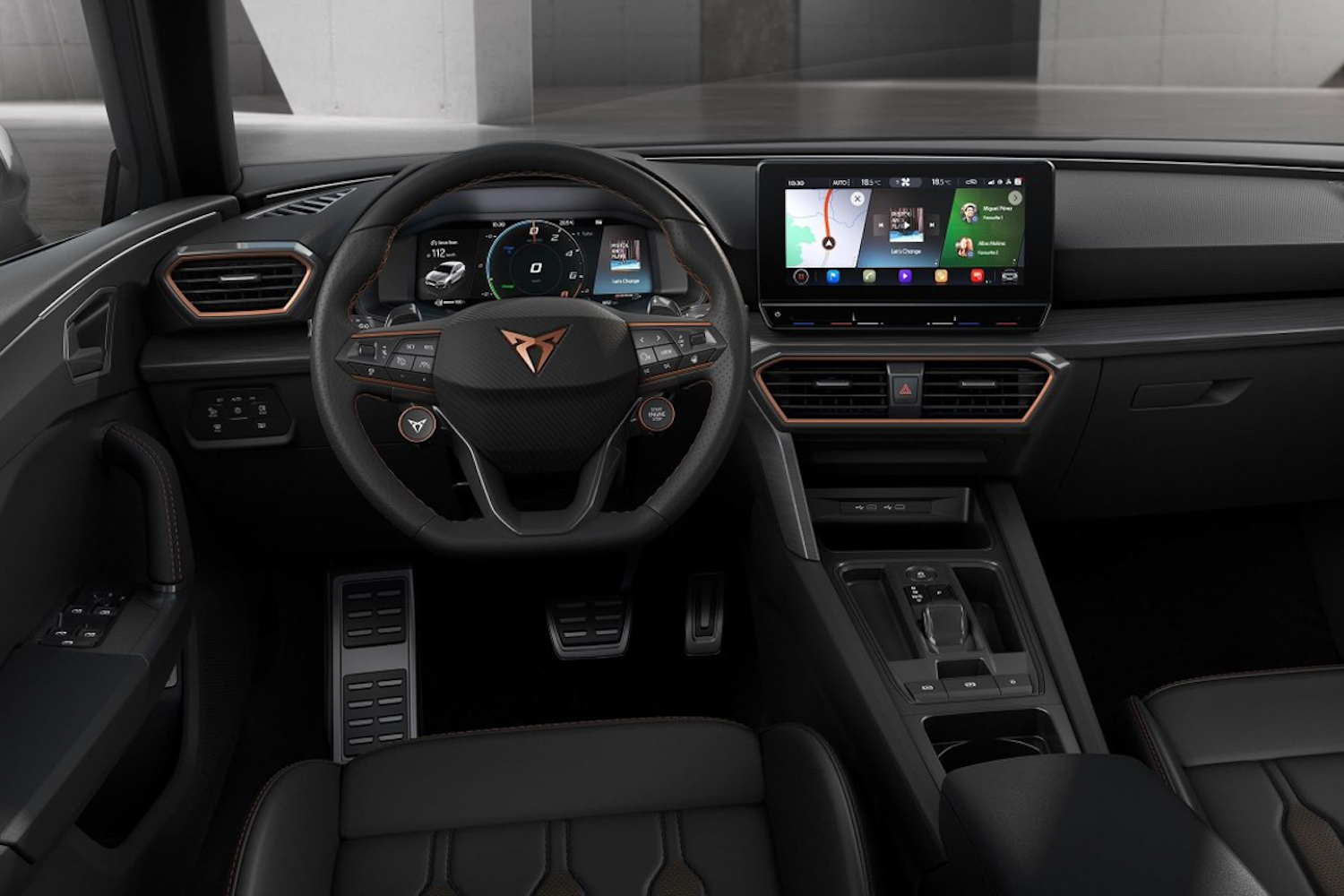 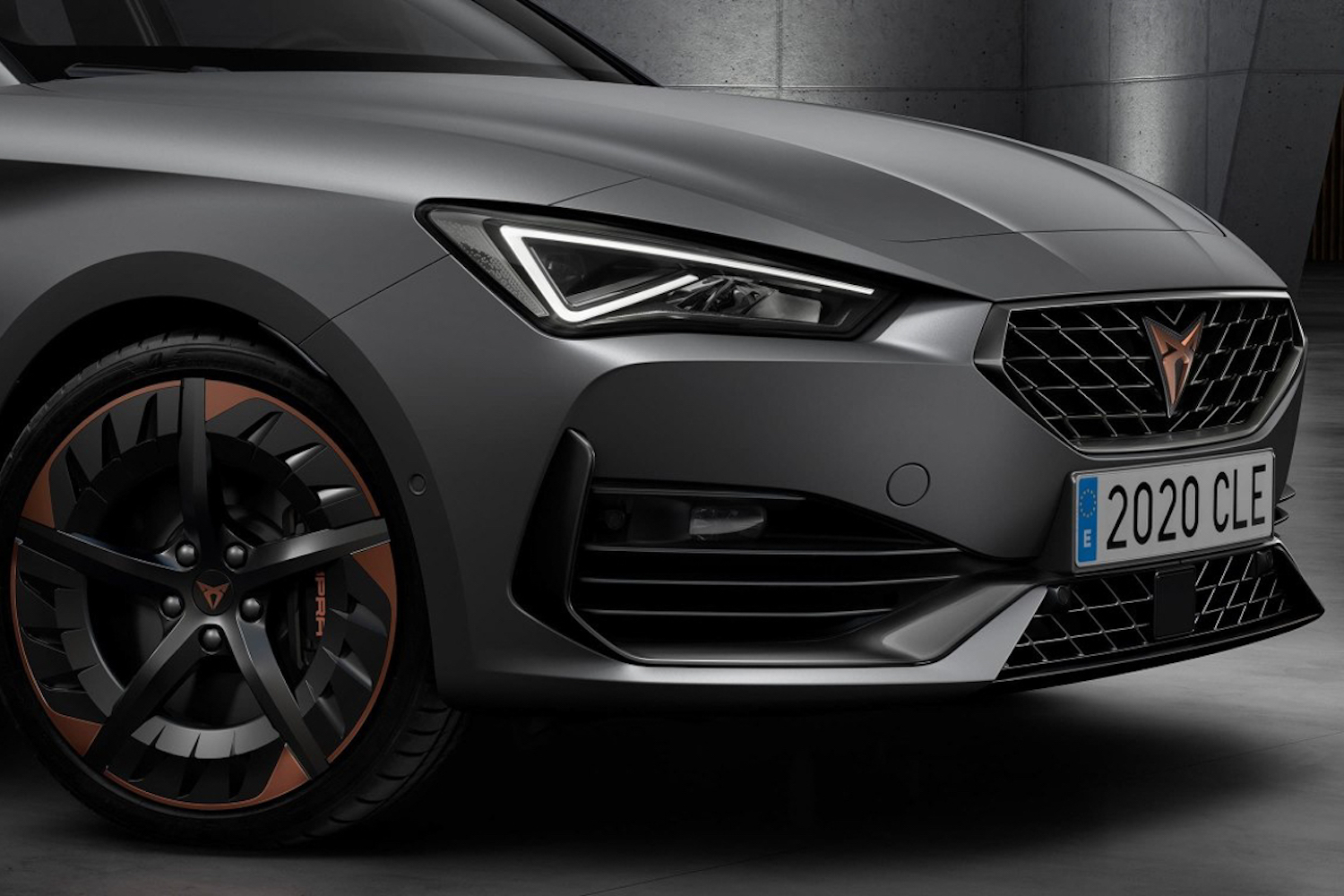 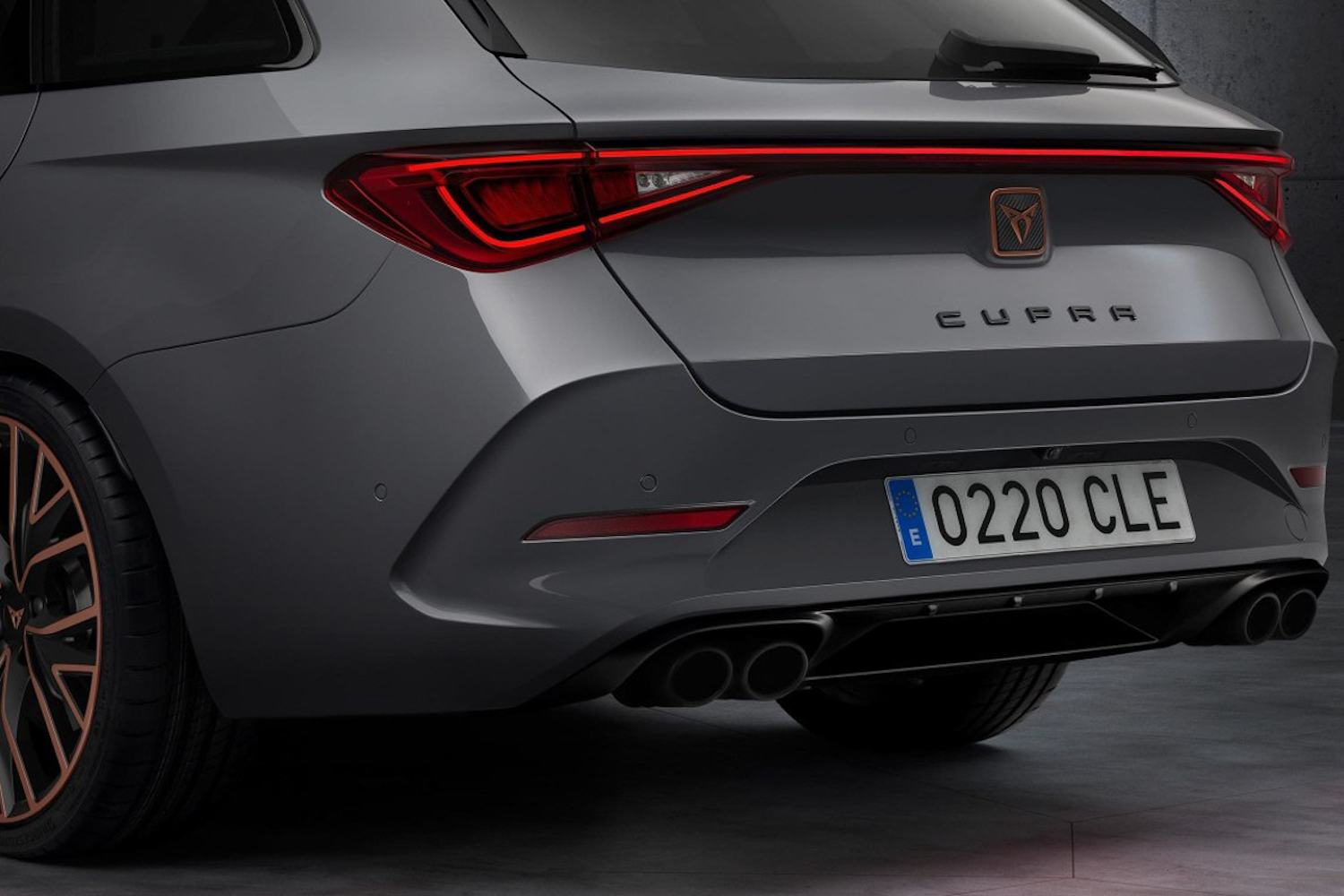 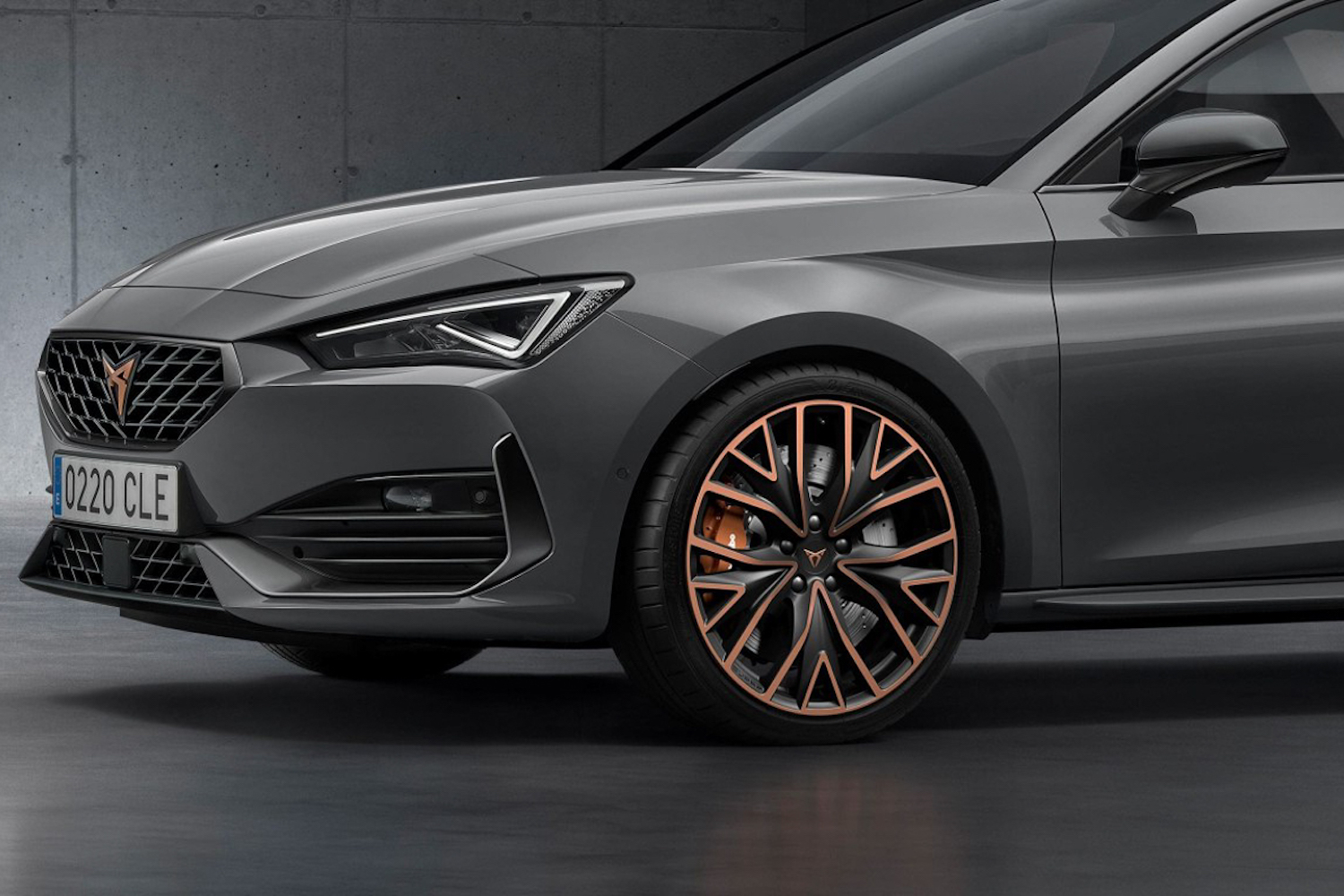 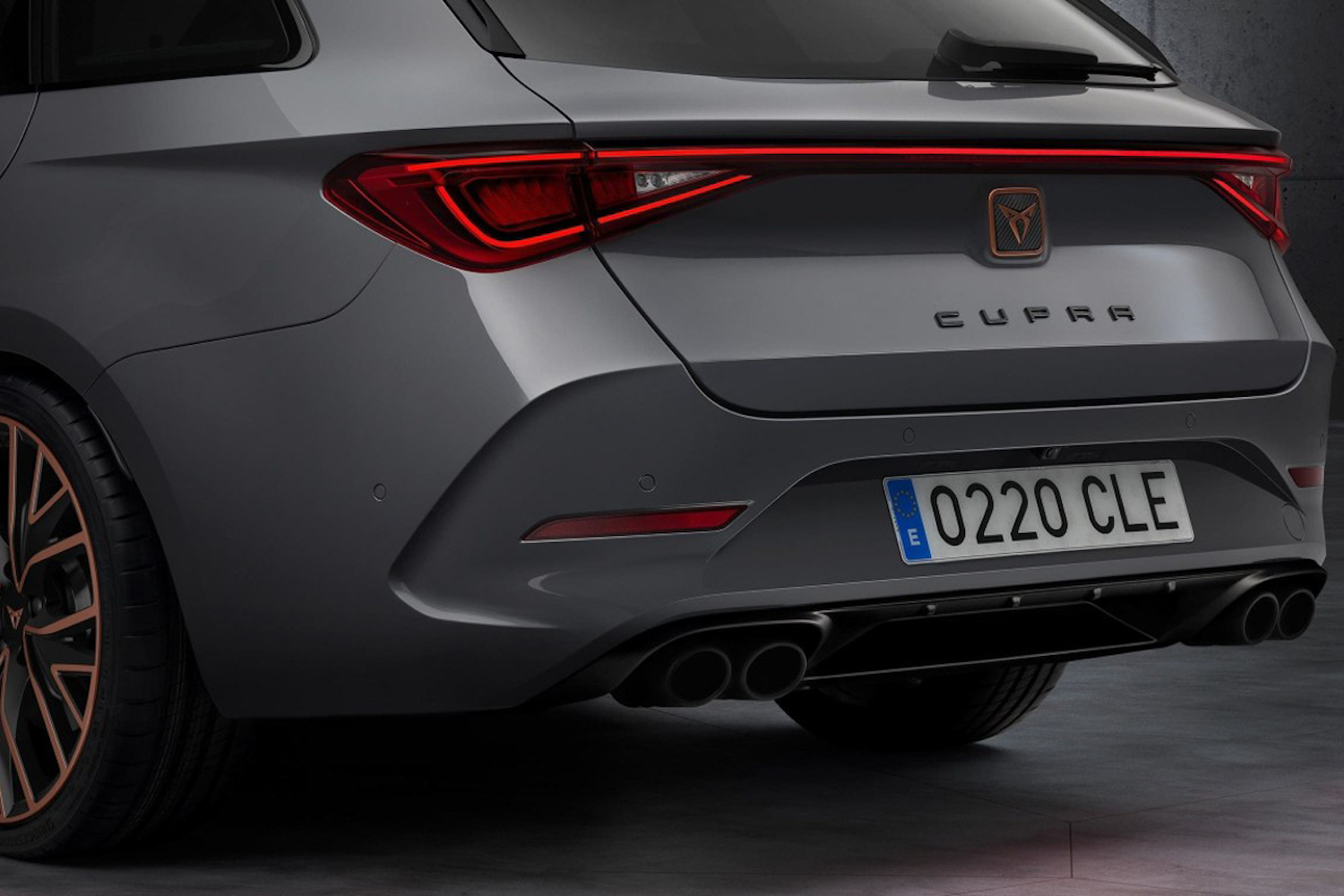 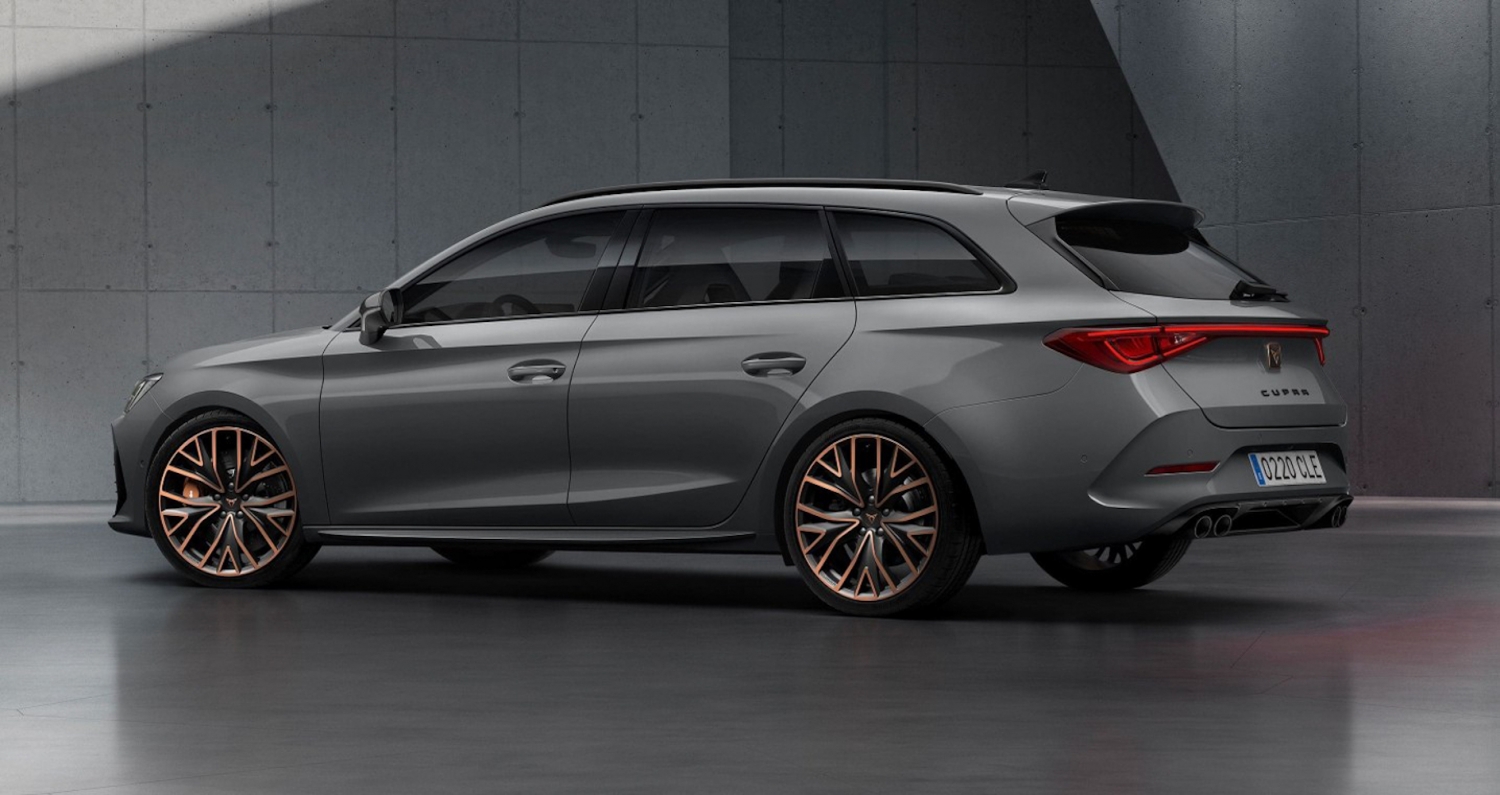 Cupra, SEAT's high performance brand, has shown off its first hot hatch, the Cupra Leon, in both petrol and plug-in hybrid guises.

The Barcelona-based brand, which last year launched with the Cupra Ateca performance SUV, has been a huge, perhaps surprising, success for SEAT. It's the Spanish car maker's most profitable division, and has sold 40,000 vehicles since launch. That success has prompted SEAT to invest in a new €5.3 million headquarters building, where 200 Cupra staff will work.

That building was the venue for the Cupra Leon launch, which is arguably the most important new car that Cupra will launch. The old SEAT Leon Cupra (back when Cupra was a badge, not a brand) sold 44,000 units, and was a mainstay of the Spanish brand's sales.

This new one has a lineup divided into four - three petrol engines with power outputs of 245hp, 300hp, and 310hp (that last one reserved exclusively for the estate version) and a plug-in hybrid model with 245hp.

"The Leon Cupra has been a bestseller, with close to 44,000 units sold in the last generation", said Wayne Griffiths, Cupra CEO. "With the launch of the new Cupra Leon, we will strengthen the Cupra brand, by giving a new identity to a very emblematic car. The new Cupra Leon is the King Of Leons."

That plug-in hybrid model uses a combination of a 150hp 1.4-litre TSI petrol engine and and 85kW electric motor with a 13kWh battery pack. It'll go for 60km on one charge of the battery, and can be charged in as little as three and a half hours from a 3.6kW socket. CO2 emissions will be below 50g/km.

The 245hp and 300hp TSI petrol versions are front-wheel drive with an electronic limited slip differential, while the 310hp estate gets four-wheel drive. In its fastest form, the Cupra Leon can accelerate from 0-100km/h in just 4.8 seconds, with a top speed of 250km/h. All models get a seven-speed DSG automatic gearbox with paddle shifts.

On the chassis front, the Cupra Leon gets DCC adaptive dampers, which can be pre-set into Comfort, Sport, Cupra and Individual modes. Suspension is by McPherson struts at the front, and a multi-link setup at the back. Braking should be impressive - there are 370mm Brembo discs at the front. LED lights are standard as well.

On the styling front, the Cupra Leon gets a muscular bodykit, of course, and can be had with four special paint finishes - Desire Red and Graphene Grey, or Magnetic Tech Matte and Petrol Blue Matte - on top of the standard colour range.

18-inch wheels are standard on the 245hp model, while the others get 19-inch rims. "The Cupra Leon's design is the result of the combination between athletic physiognomy and striking elegance; both are necessary and complimentary in a car like this." said Alejandro Mesonero-Romanos, Director of Design at Seat/Cupra. "Smooth flowing lines and well-trained muscles reflect perfectly the way it drives on the road: pure fun, just impossible to resist."

Inside, there's a ten-inch infotainment screen,. a stubby gear selector, lots of brushed aluminium and dark chrome, alongside the brand's distinctive copper detailing, and a choice of two bucket seats.

The digital instruments can be configured to show a special Cupra screen which includes data on RPM, current power and torque delivery, turbo pressure and longitudinal and lateral G-force acceleration.

There's Apple CarPlay and Android Auto, voice recognition, and connectivity between your car, phone, and the internet via the Seat Connect App. The plugin-hybrid version also gets a remote charging manager integrated into the app.

Racing Cupras and the new Formentor

The launch of the Cupra Leon marks a major uptick in the brand's activities. Cupra CEO and SEAT Executive Vice-president for Sales and Marketing Wayne Griffiths highlighted that "the results achieved in these past two years, with close to 40,000 cars sold, prove the great potential of this brand. Cupra is growing more than we had expected, and therefore we had to build a home for the Cupra Tribe and doubled our staff to 200 employees. We are now entering a new phase where we will demonstrate that sportiness can be electrified with the launch of three hybrid cars and we plan to reach one billion euros of SEAT's total turnover when we will have the full range available."

As part of that plan, Cupra has created two racing cars based on the Leon - an all-electric Cupra e-Racer, which will compete in the e-TCR electric touring car championship, and a petrol-powered Cupra Leon Competition, available to privateers for races such as the Nurburgring or Spa 24hrs, as well as several national championships.

Cupra will also show off the new Formentor SUV, its first purpose-built car (as in, not based on an existing production SEAT) at the upcoming Geneva Motor Show.