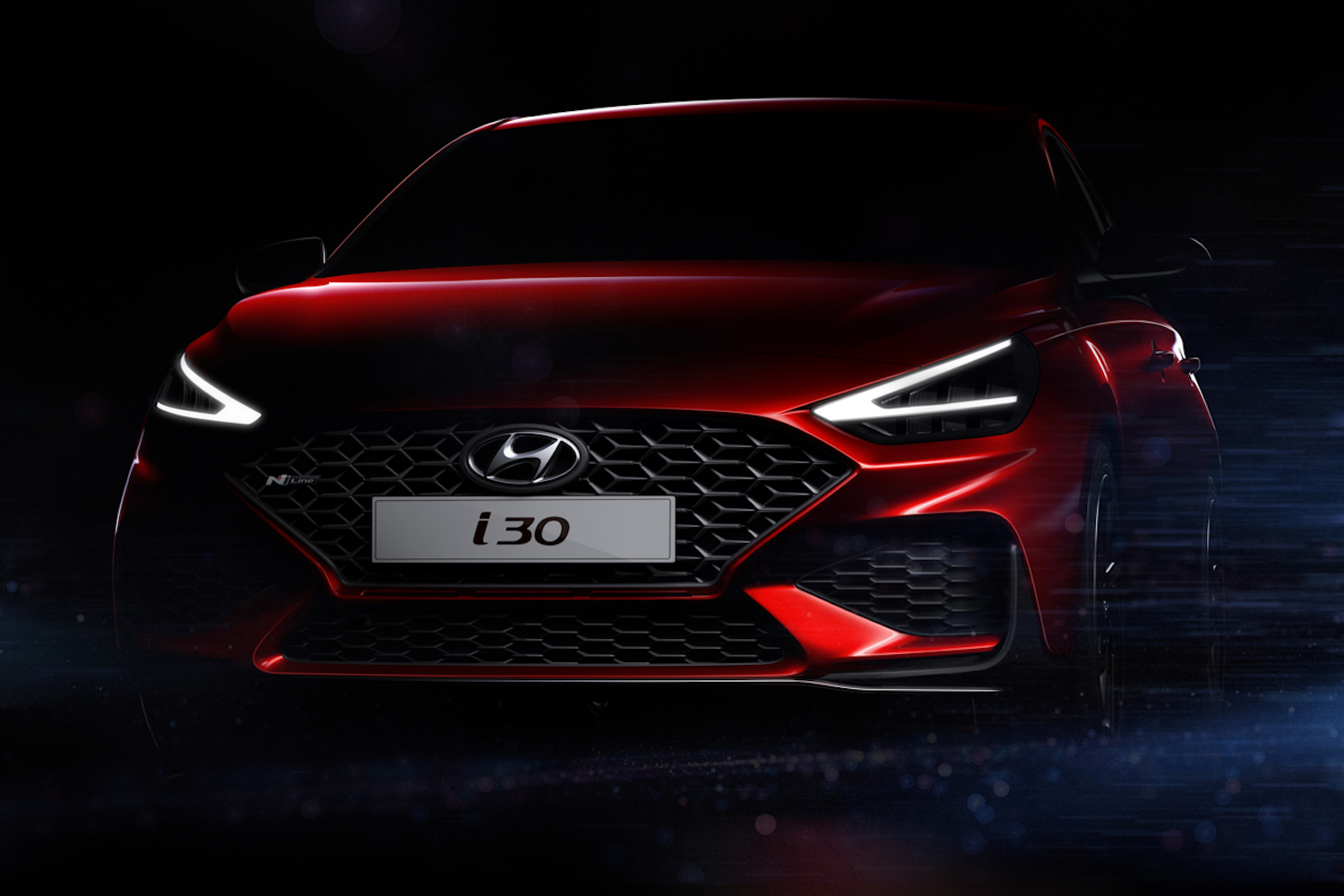 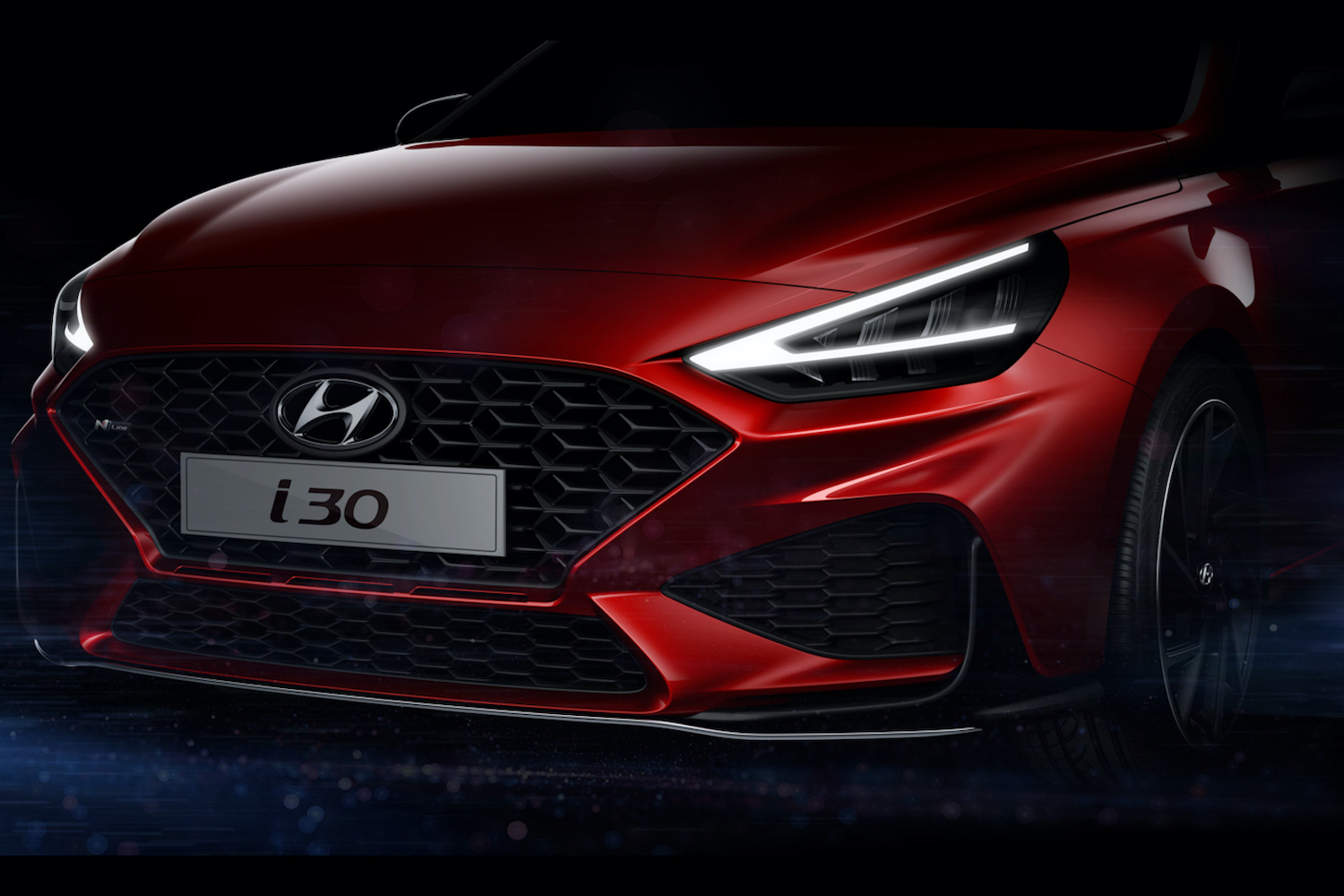 Geneva reveal due for updated Mk3 Hyundai i30, here tantalising us as the N-Line sports trim.

These shadowy shots show off glimpses of the facelifted third-generation Hyundai i30, which launched in 2016. The updated version of the Korean C-segment hatchback (and Fastback and Tourer) will make its world debut at the Geneva Motor Show in March.

Even though these images don't give the full game away, it's clear to see the styling of the i30 - previously acceptably handsome but perhaps a touch bland - is getting a little more distinctive. Redesigned bumpers and new LED headlamps with an eye-catching arrow motif to the daytime running lights are the most obvious changes here, although you might also have spotted an updated mesh pattern for the front radiator grille.

But while the red car in the photos looks pretty muscular and aggressive, and you can even see the 'N' logo in shot (which has quickly become a fabled badge), this is not the i30 N hot model; rather, it is the N-Line model, which mimics the 275hp top dog. Nevertheless, the i30 has a 'wider look and stronger stance' that should make the whole range more visually appealing.

Further design highlights for the facelifted i30 range will be seen in the coming weeks, including looks at the rear bumper and lights, and the fresh designs of 16-, 17- and 18-inch alloy wheels. Hyundai also says the interior design has been significantly overhauled, with a new digital instrument cluster in front of the driver and a larger 10.25-inch touchscreen display for the infotainment among other upgrades.

The Korean manufacturer has also said it will offer the Tourer estate in N-Line spec for the first time once the facelift comes into force, meaning the sporty-looking trim will be available on all three body styles of the i30 at last. However, it stopped short of saying there will be an i30 N Tourer... which is what we all really want, now isn't it, Mr Biermann?