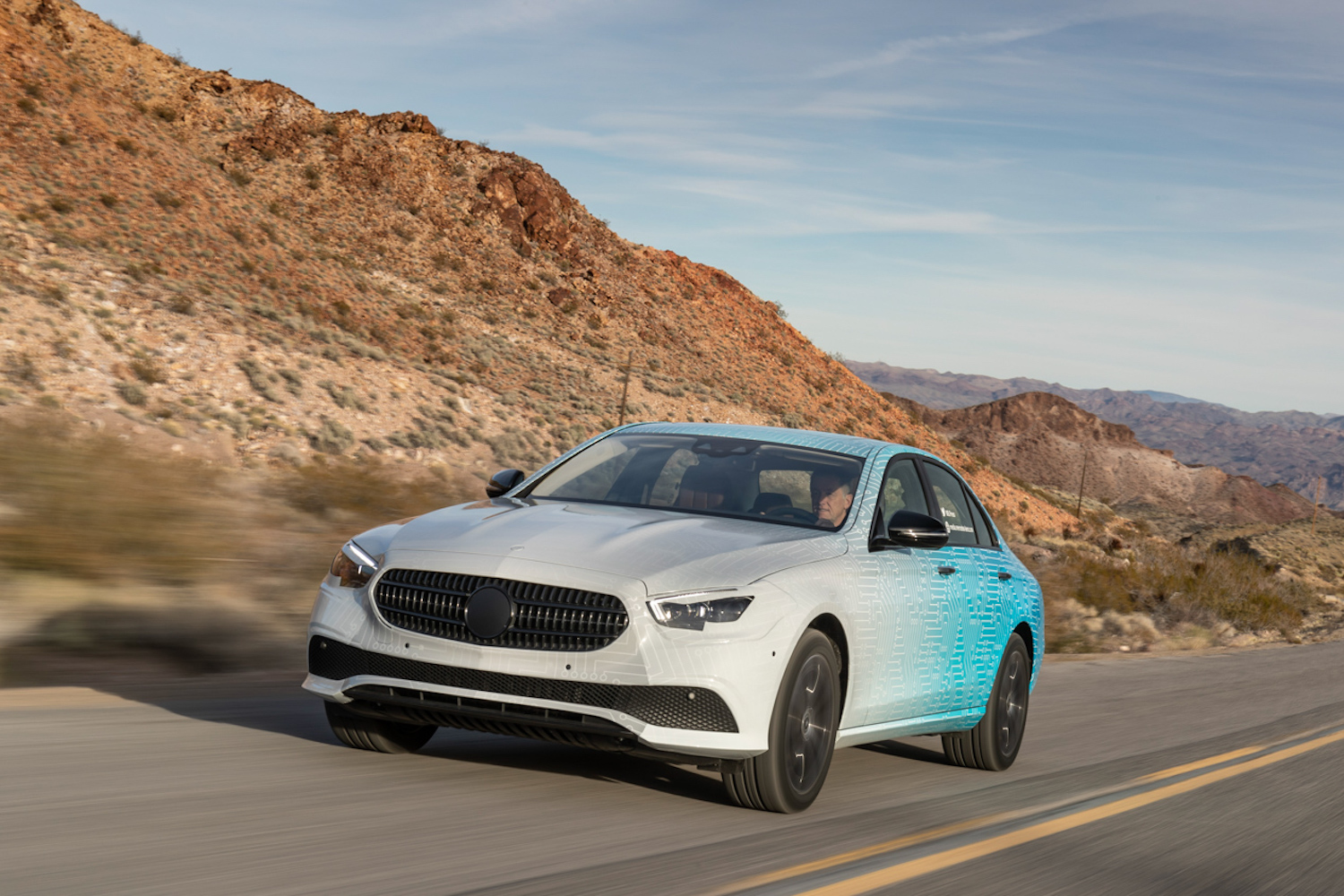 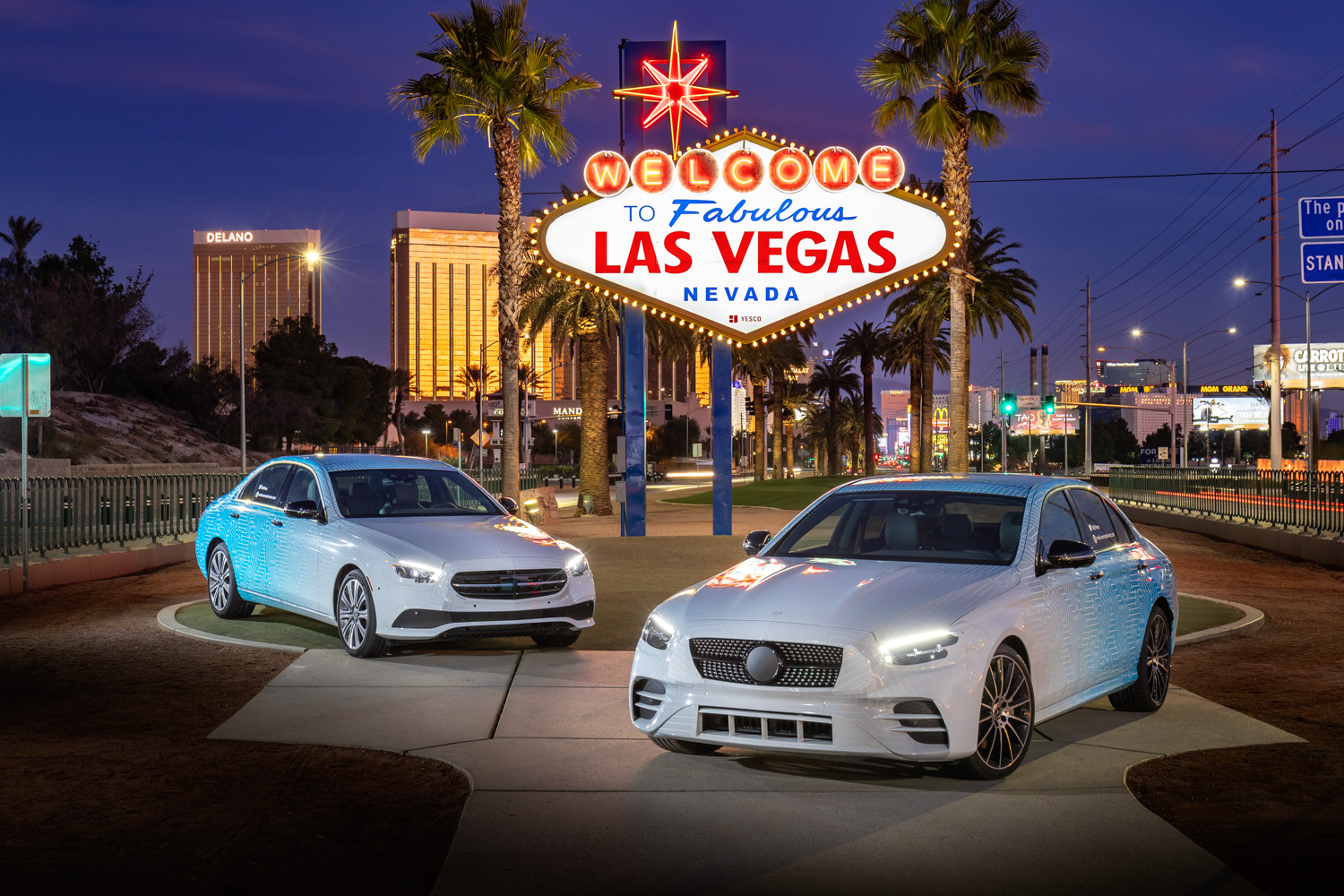 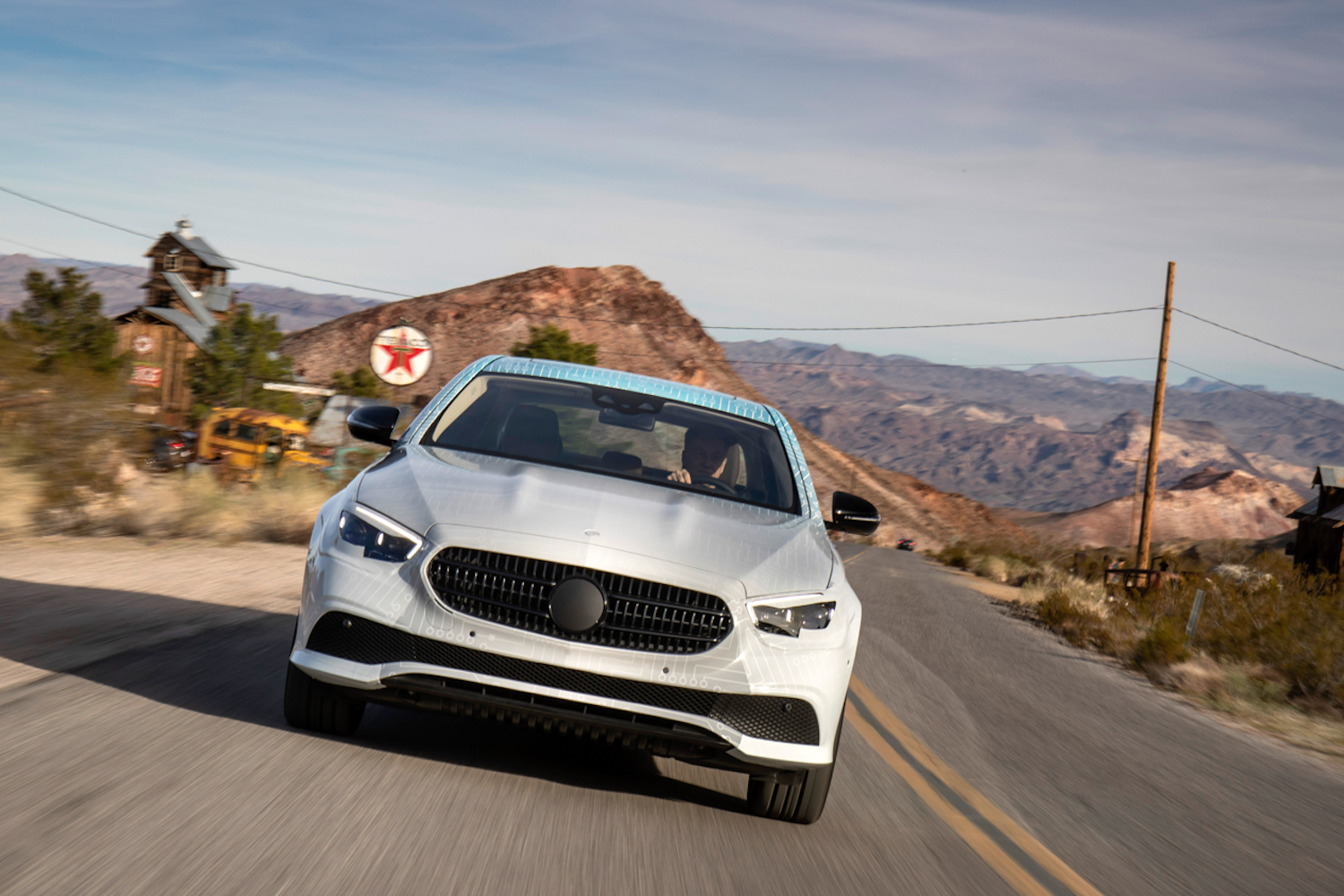 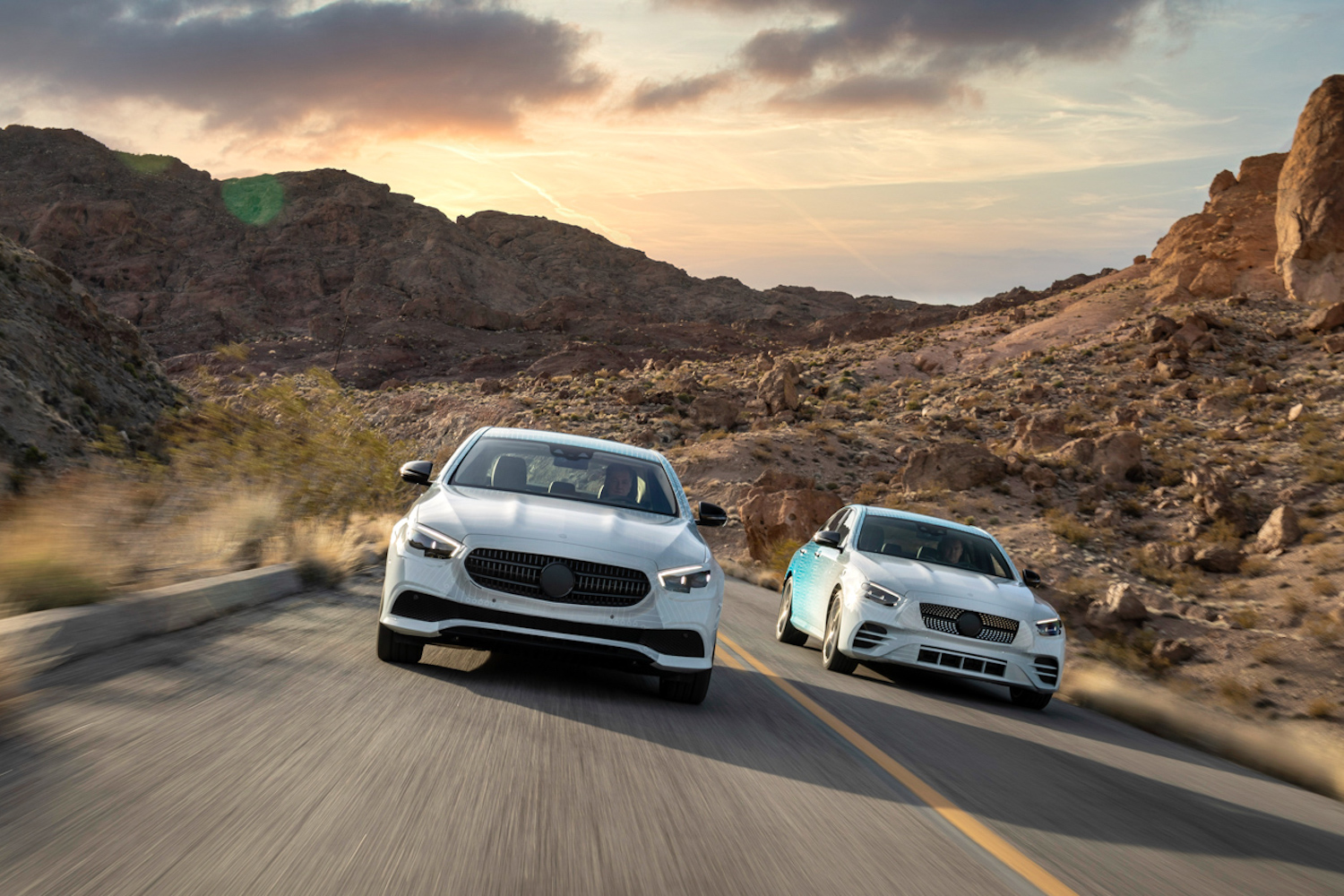 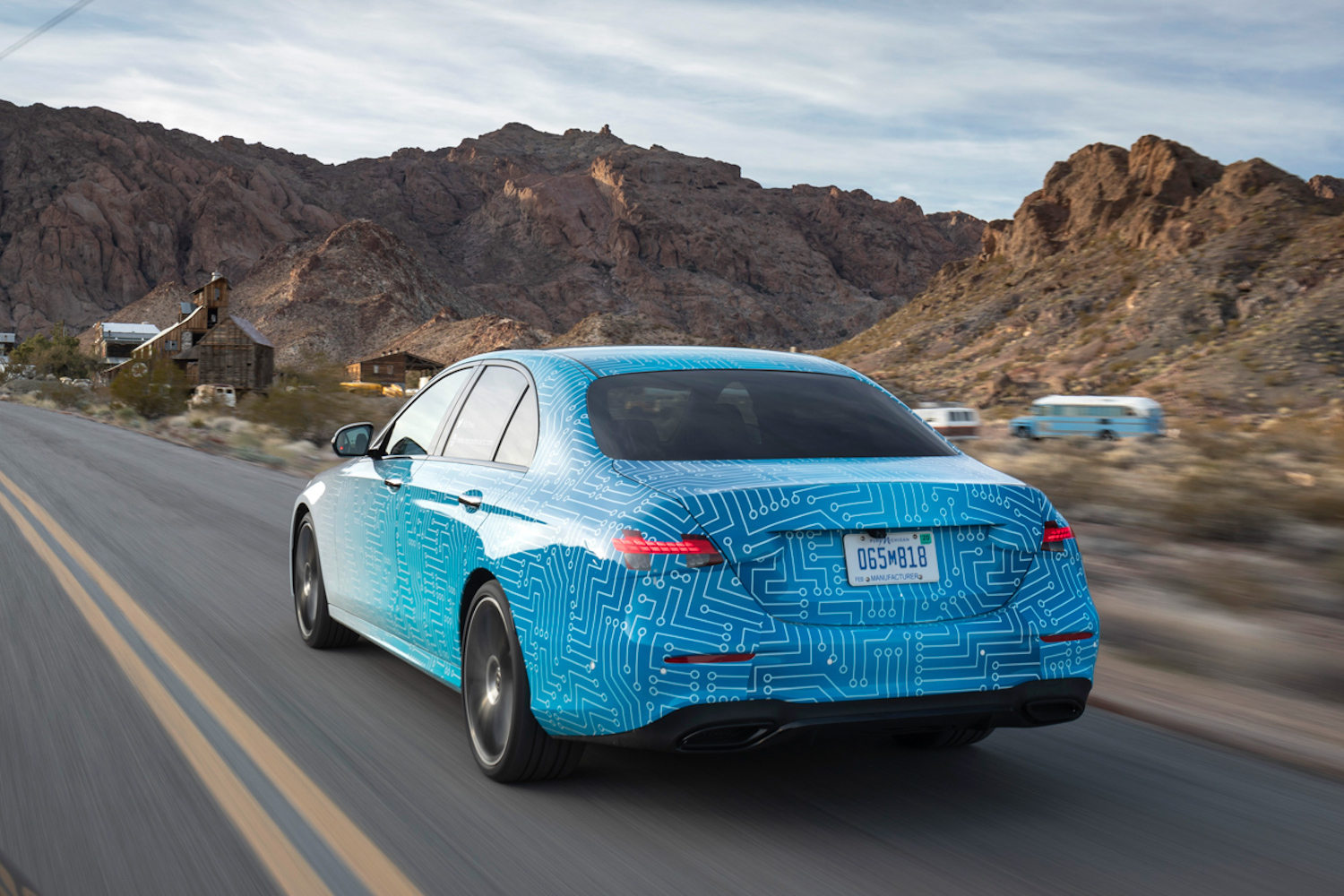 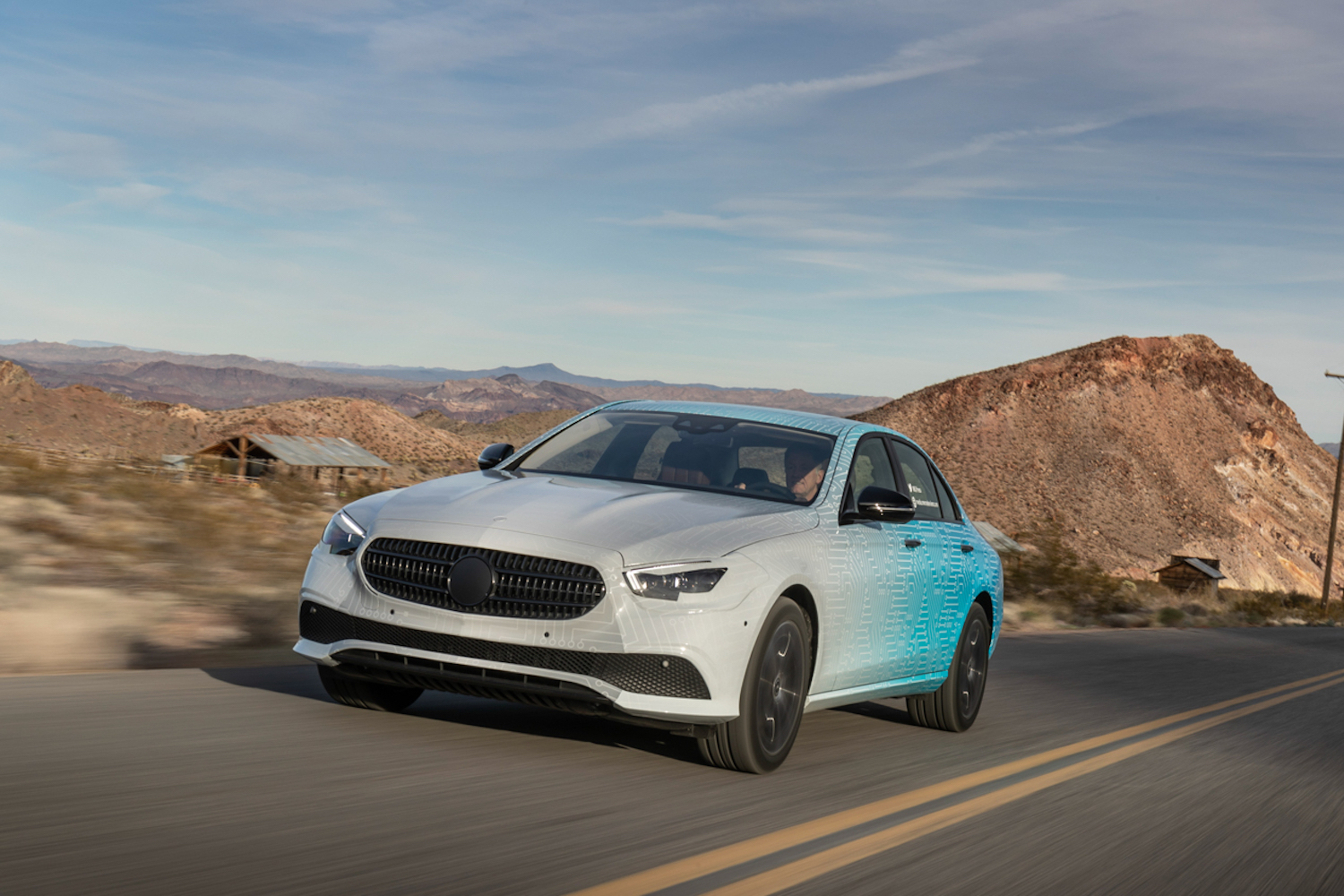 A significantly revised version of the Mercedes-Benz E-Class is set to debut at the Geneva Motor Show in March. It's one of the company's best sellers and faces stiff competition from models like the Audi A6 and BMW 5 Series. Our first glimpse of the updated model will come in the form of the saloon, but the Estate, Coupe and Cabriolet versions will gain similar enhancements. We'll have to wait until March to see the car's exterior design changes in full, which for now are hidden with a thin disguise. However, it's clear that the new headlights carry a refreshed LED daytime lighting signature similar to that of the company's more recent models.

A revamped interior for the latest E-Class

The cabin of the Mercedes-Benz E-Class was already one of the best in the class, but it's getting some upgrades as part of this latest model revision. A new multifunction steering wheel with touch controls allows the user to toggle through different functions and personalise displays on the dual 10.25-inch displays that give a widescreen look to the dashboard. These feature the company's MBUX infotainment system including the virtual assistant that can be activated by saying "Hey Mercedes" aloud. It seems that Mercedes will introduce a form of gesture control with the E-Class, likely to be an optional extra that comes as part of what it's calling its Interior Assist package.

Better driver assistance systems will make the new E-Class safer for both occupants and other road users. For example, the Active Blind Spot Assist features an exit warning that can alert passengers when opening the door to any risk of collision from passing cyclists. This system can monitor the blind spots of the car on the move, too. Part of the Parking package includes a 360-degree camera system that makes it easier to squeeze into a space, but can help when parallel parking by displaying the side view of the car, which should help mitigate the risk of kerbing those nice alloy wheels.

With China being a significant market for Mercedes-Benz, it will offer an extended wheelbase version of the saloon there in keeping with market demands. China's megacities and the often-reported issues with air pollution likely led to Mercedes offering a new Air Quality Indicator function, as well, which will show users how clean the local environment is.

New security measures will include the company's Urban Guard system that provides owners with all-round surveillance of the car when it's parked via the Mercedes Me connected app. Collision damage alerts, presumably in case someone bumps your car when parked, could serve as an added peace of mind for buyers. A vehicle tracking function will be available in case of theft and owners will have the ability to deactivate the vehicle via their smartphone should the car be stolen or if the key is lost.

Mercedes will continue to roll out a higher number of electrified models with the refreshed E-Class. It will feature an engine line-up of seven plug-in hybrids in both saloon and estate guises, along with new in-line combustion engines.