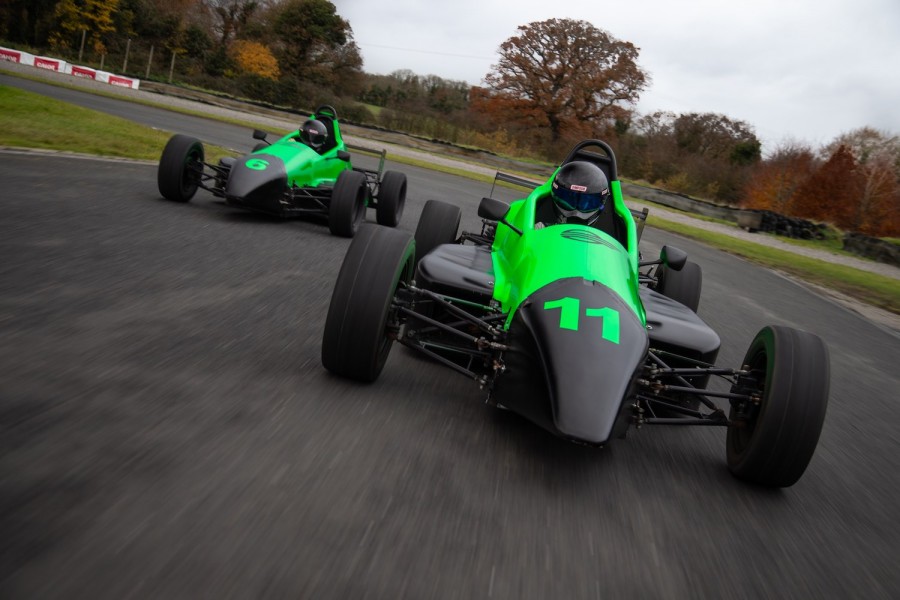 Mondello Park, Ireland's only FIA race track, has opened up a pop-up shop, on Dublin's South Anne Street, to entice the hordes of Christmas shoppers.

The shop, which is going to be open for one month from the 4th of December, features what Mondello calls "a Formula 1-styled single seater racing car." This car, which people will be able to sit in and take the inevitable Instagram shots, is described as "the closest you will ever get to emulating current world champion, Lewis Hamilton." To be fair, it's actually a relatively humble Formula Sheane car, but even so, it's capable of doing 255km/h if you really try. Not within the confines of the shop, we presume...

Win an F1 simulator for your home

The shop will also have Mondello's F1 simulators, where those wearying of yet another trudge around Brown Thomas can compete in a fastest-lap competition, for which some enticing prizes will be available, ranging from Mondello Park merchandise, race day experiences to the ultimate prize of a F1 Virtual Race Academy simulator for your home.

According to Mondello, the shop will be: "Taking up residence for the month of December from Wednesday, December 4th, on 10 South Anne Street. The motorsport pop-up experience will offer shoppers a welcome respite from the crowds as well as the opportunity to experience the thrill, excitement and strategic planning involved in a real F1 race."

The shop will be open seven days a week up to Christmas Eve.