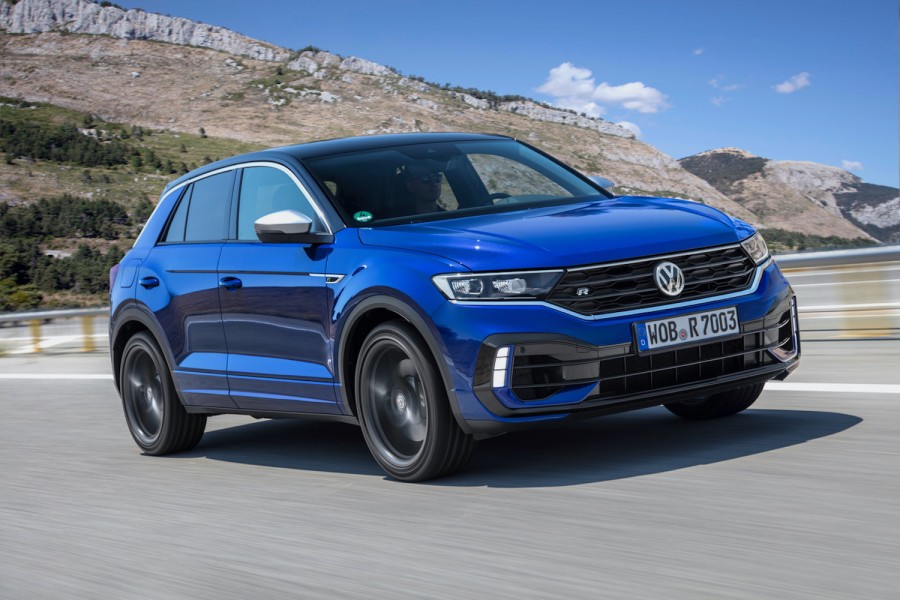 Volkswagen will bring its T-Roc R crossover to Ireland in early 2020, with prices starting from €53,750.

For that, you'll be getting a T-Roc that's the equal of the mighty Golf R when it comes to performance. The crossover uses the same 300hp 2.0-litre TSI turbo petrol engine as the Golf, which also has a substantial 400Nm of torque. That's enough to catapult it from 0-100km/h in a mere 4.8 seconds (helped by the traction advantage granted by 4Motion four-wheel drive) and on to a top speed of 250km/h, which Volkswagen notes should be explored only 'where permitted.' Holiday in Germany this year, dear?

That means that the T-Roc is actually slightly faster to 100km/h than the Golf R - helped by the extra 20Nm of torque that it gets over the hatchback. So those of us who were feeling cynical about Volkswagen adding an R model to the T-Roc range can just shut right up, I guess.

Certainly, it'll look like a proper R model. The bumpers come in a distinctive 'R' style, and the air intakes have black fins, plus there's an R logo in the black radiator grille. There are also LED headlights and daytime running lights have been integrated vertically into the front bumper and these have been specifically designed for the T-Roc R. The LED taillights are glazed in dark red, typical of R styling. The two exhaust pipes on the rear left and right have been chrome plated and there is the option of an R-Performance titanium exhaust system made by specialist Akrapovič, which adds a more distinctive sound and cuts weight by seven kg.

Order books for the T-Roc R are open now, and Irish deliveries will start in the first quarter of 2020.