Audi keeps the rear-drive R8 in the range 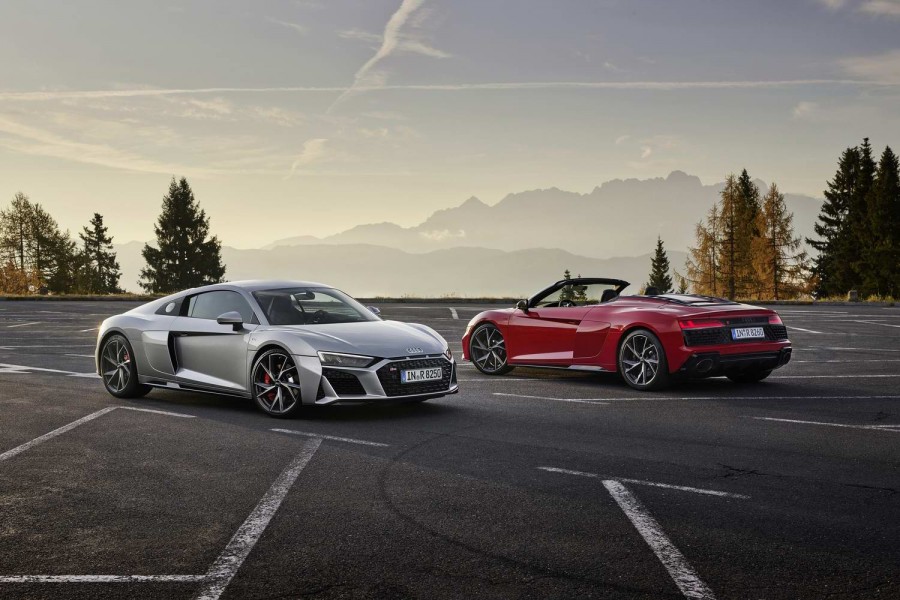 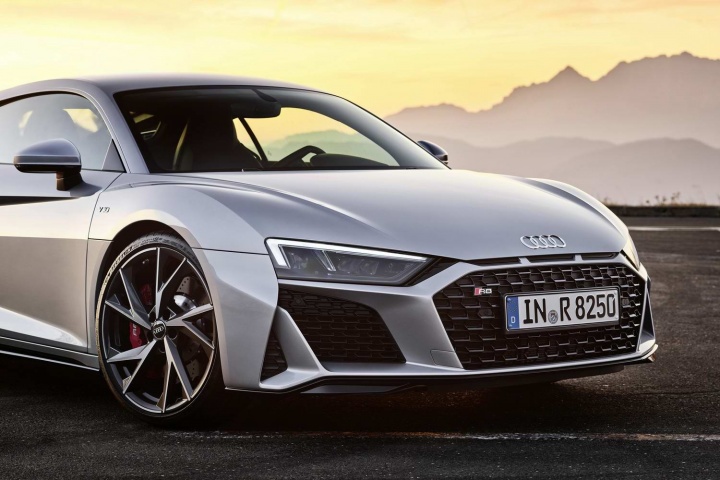 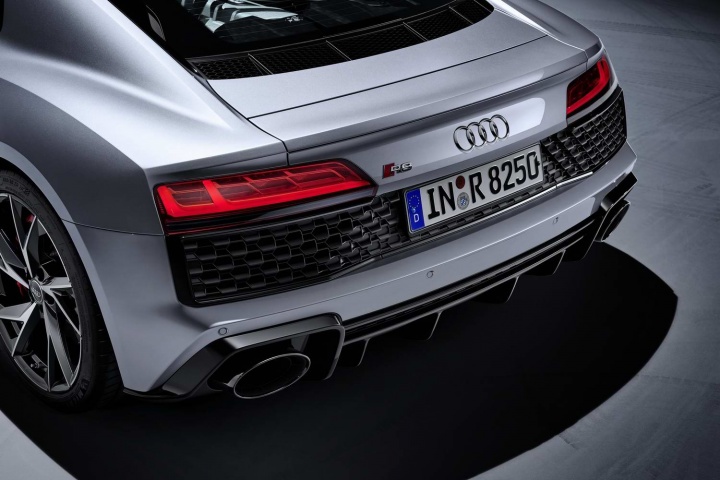 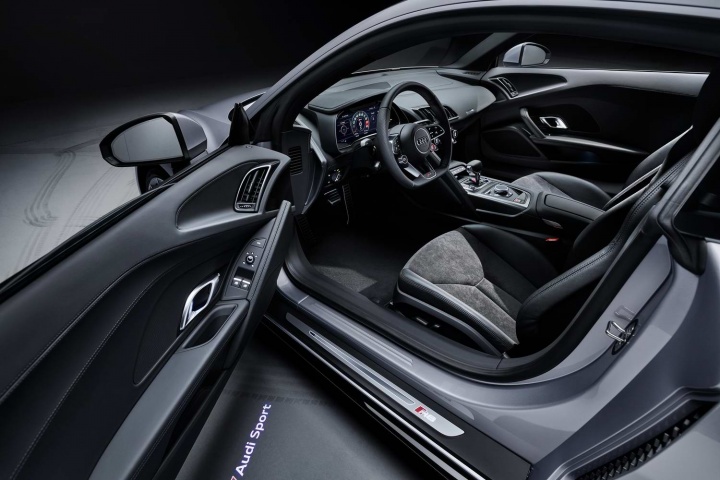 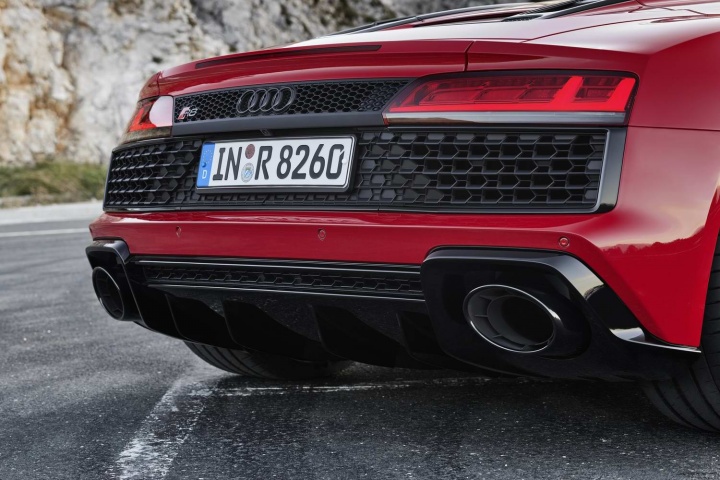 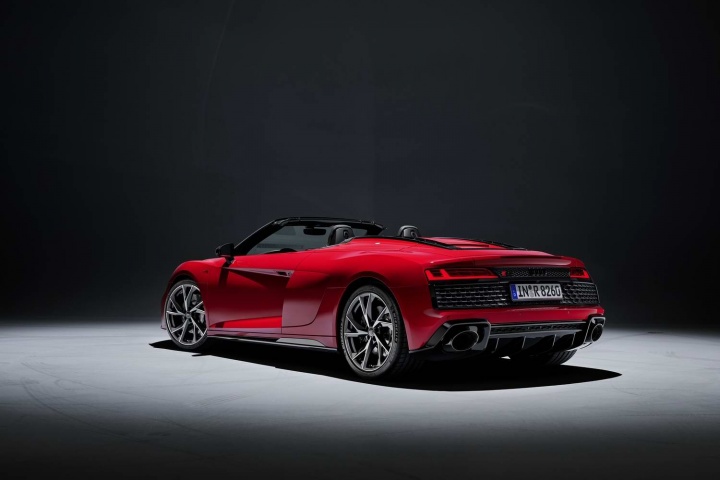 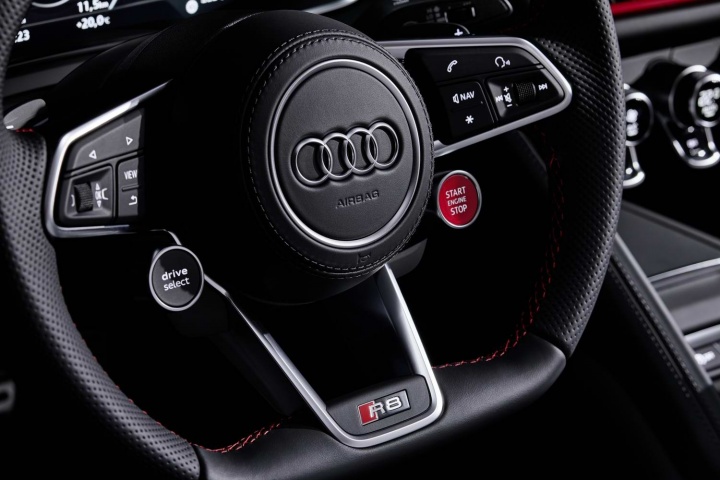 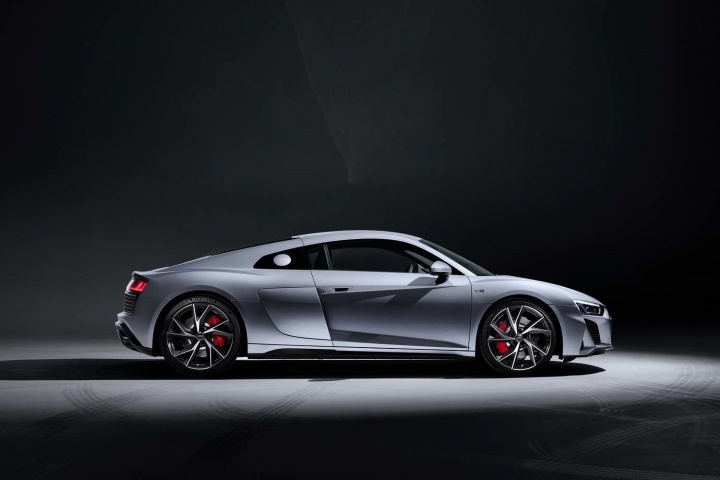 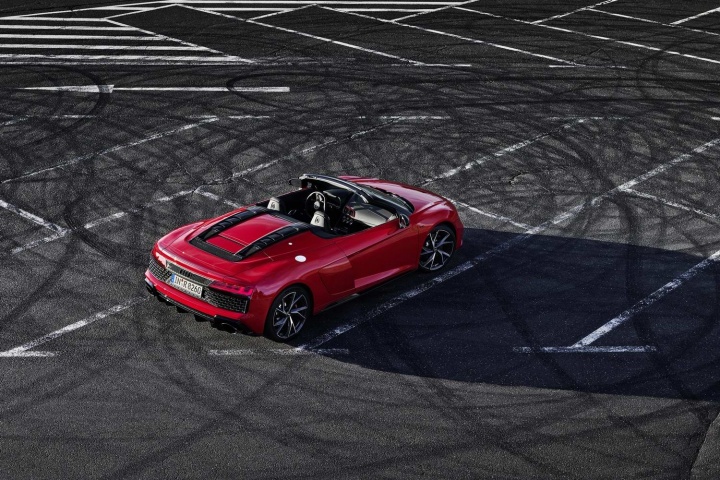 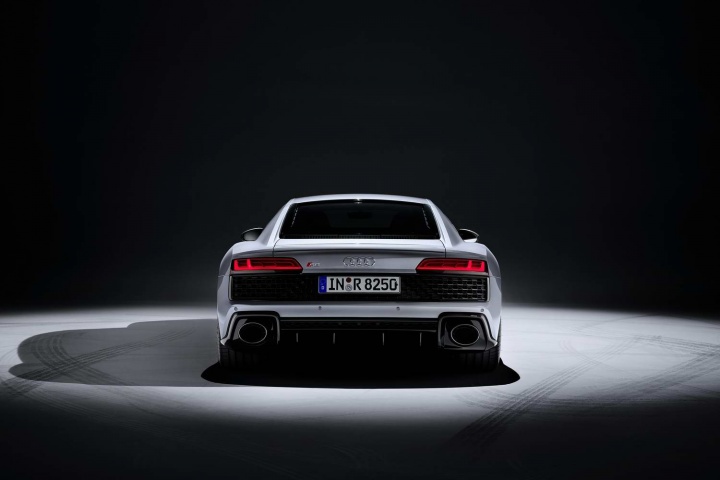 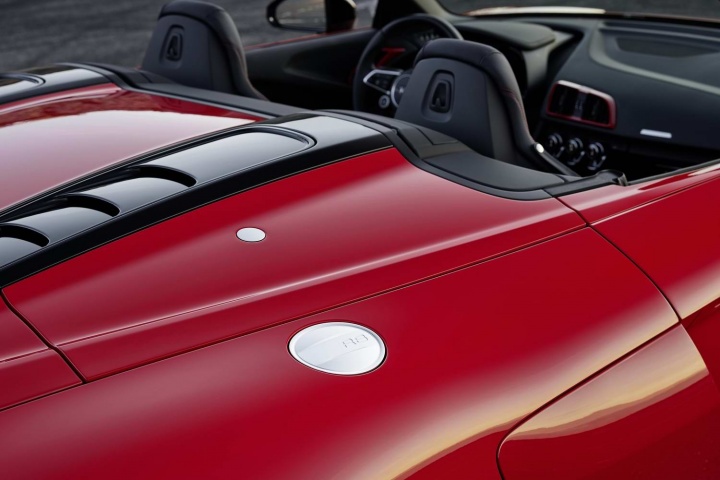 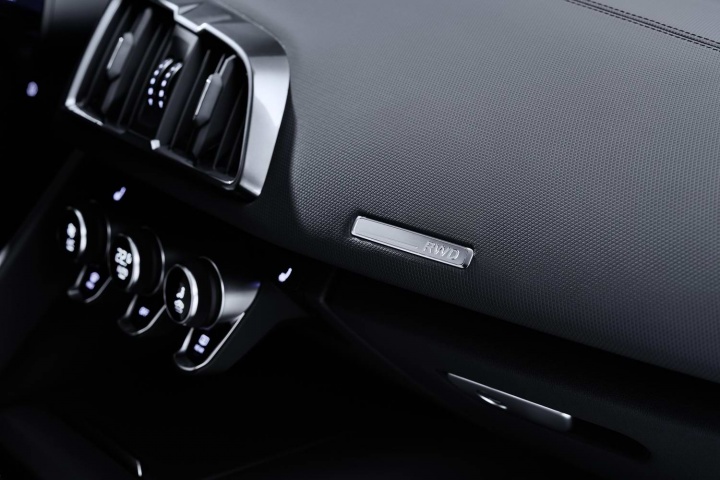 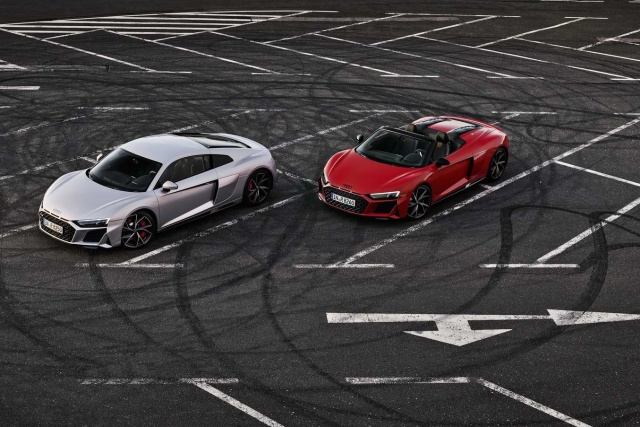 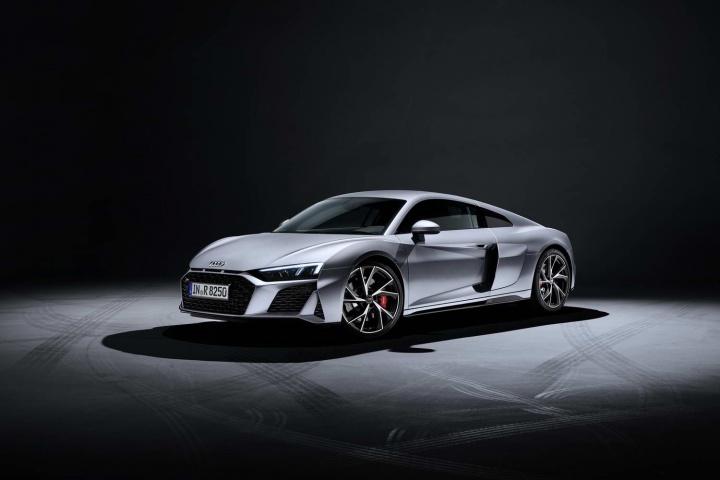 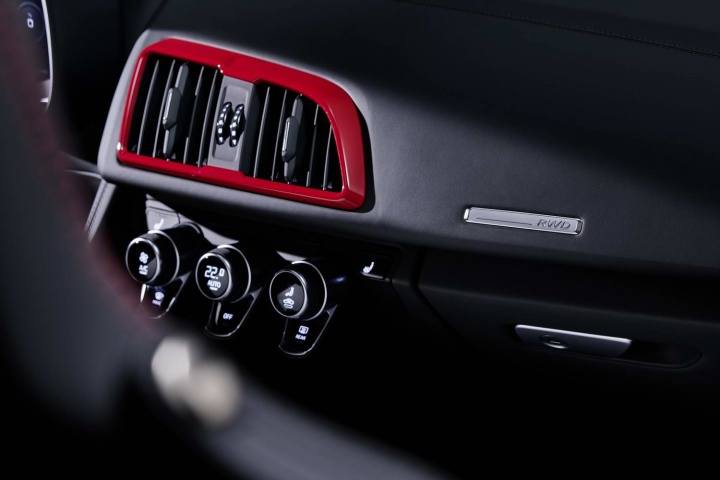 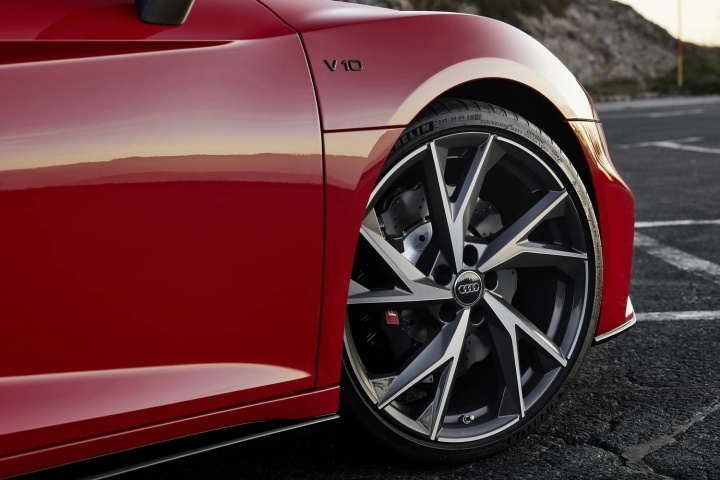 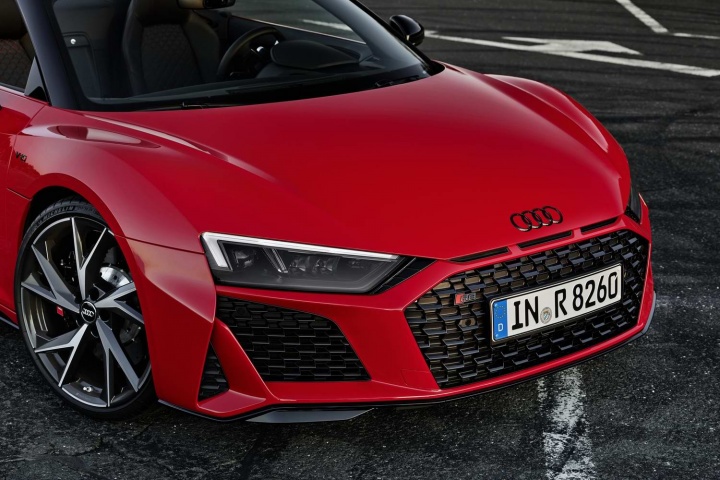 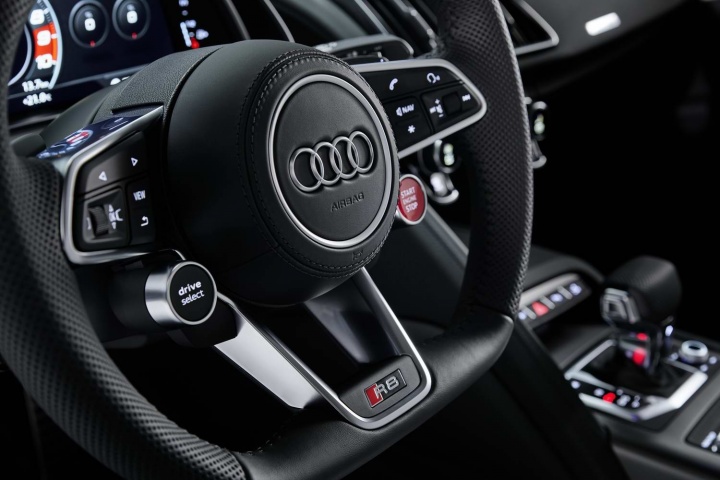 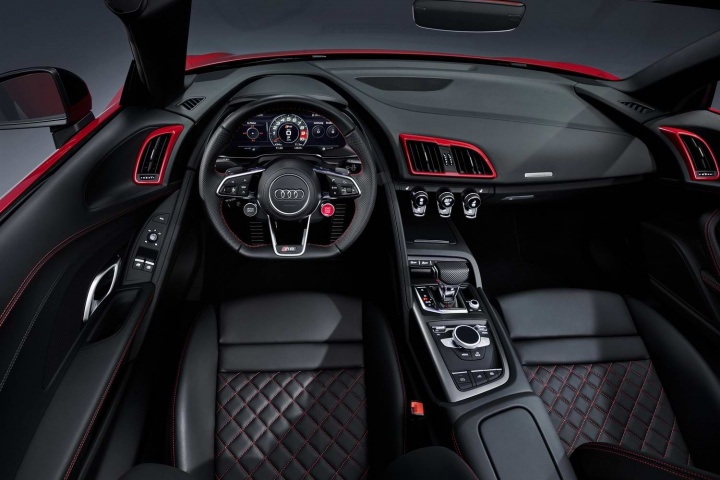 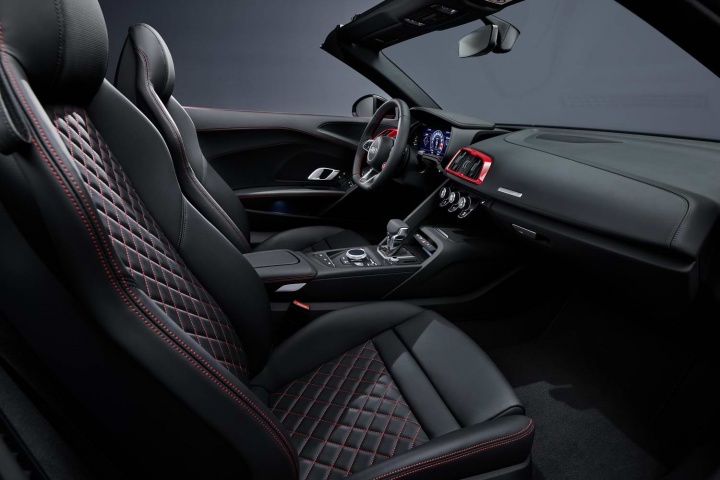 It had been a short-run special edition, originally, but now the rear-wheel drive Audi R8 V10 is a permanent part of the R8 range.

One of the last of the great naturally-aspirated supercars, the R8 RWD keeps its 5.2-litre FSI V10 engine, which develops 540hp at a screaming 6,500rpm. There's also 540Nm of torque, and that's delivered to the rear wheels via a seven-speed S-Tronic dual-clutch gearbox. That's less power than the quattro four-wheel drive R8, but you won't hear us complaining - 0-100km/h comes up in just 3.7 seconds, and it'll run on to a top speed of 320km/h, law and space allowing.

As well as being a dramatic, mid-engined supercar, this rear-drive R8 is also a drift weapon. Select Sport mode on the centre console, and that activates what Audi calls 'controlled drifting' - the electronic stability control uses both the throttle and suspension to gently tease the R8 into a powerslide, and the microchips help you to hold it there for pretty much as long as you want.

The whole car weighs a pretty trim 1,595kg - 65kg lighter than the quattro version, thanks to the fact that there's no front propshaft, driveshafts, multi-plate clutch, and front diff. The Spyder convertible is a little heavier, at 1,695kg, but still 55kg lighter than the four-wheel drive version.

Style-wise, both cars get a wider, flatter grille, and the 'quattro slot' extra holes in the nose. The front splitter and rear diffuser have also been tweaked, and there's a new carbon-fibre air intake cover. Coupe versions get a new 'side blade' styling feature with a gloss black upper half, and a body-coloured lower half, while there's a new colour option - Kemora grey. The cabin is a riot of leather and alcantara, and there's a shiny 'RWD' badge just in front of the passenger. European prices start at €144,000 before taxes, but don't expect much change from €270,000 here in Ireland.

There's also a customer racing version of the R8 RWD, the new R8 LMS GT4. This one is limited to 495hp, but it's directly related to the previous R8 LMS which has taken 17 titles in worldwide racing over the years.

This time around both the ABS brakes and the traction control system are multi-adjustable, and the driver can flick them through eight different settings, according to the track layout and the weather conditions. The settings can be changed by switches on the steering wheel, so the driver can adjust them without taking their eyes off the road. There are two one-make series for the R8 GT4 - the Audi Sport Seyffarth R8 LMS Cup in Europe and the Audi Sport R8 LMS Cup with rounds in Asia and Australia - and there are other, broader-based series which allow the R8 to compete with as many as 11 different manufacturers, in fields of as many as 40 cars.