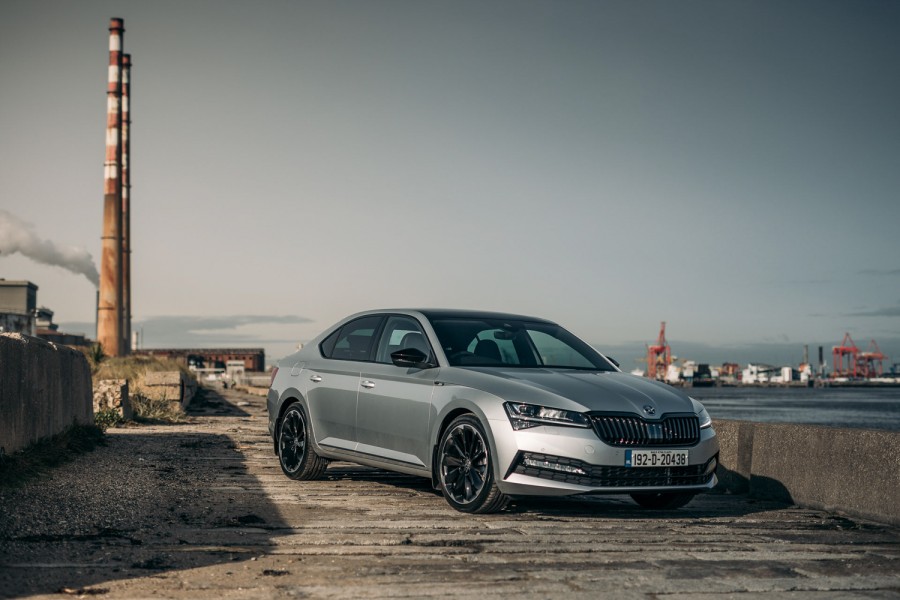 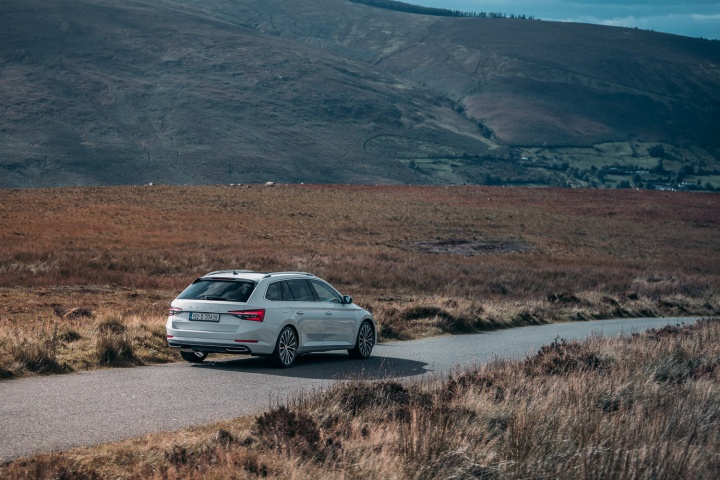 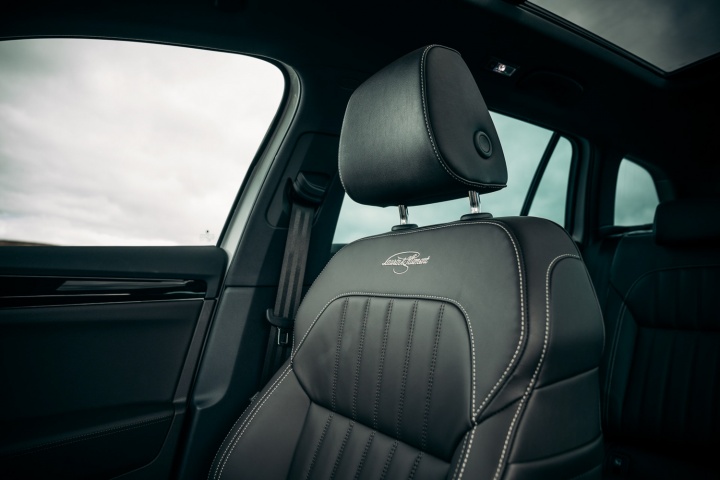 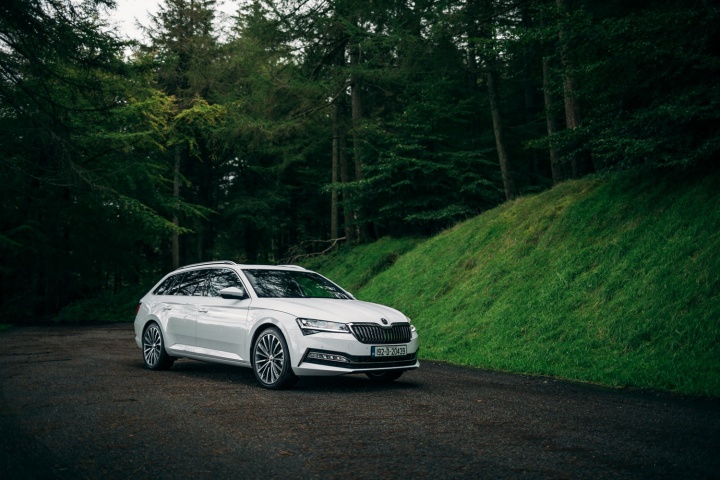 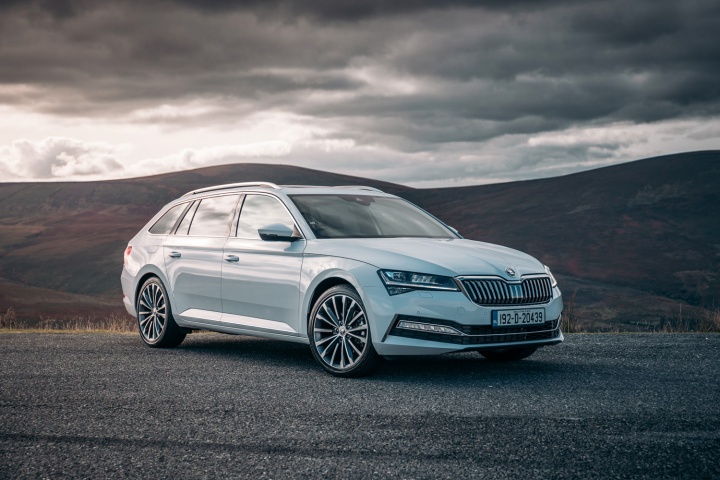 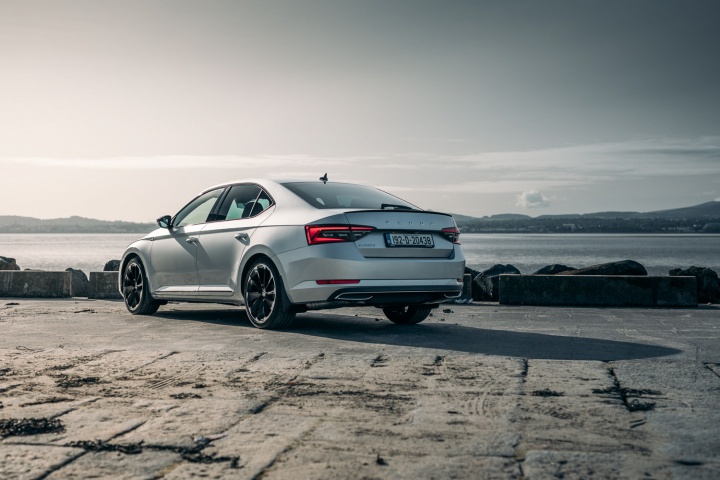 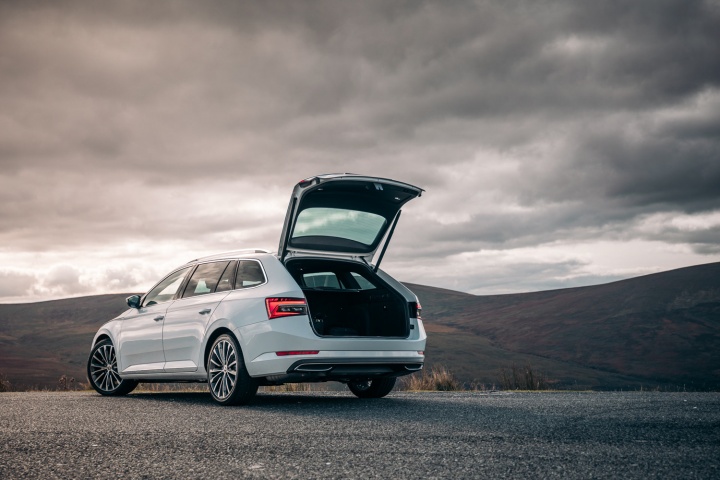 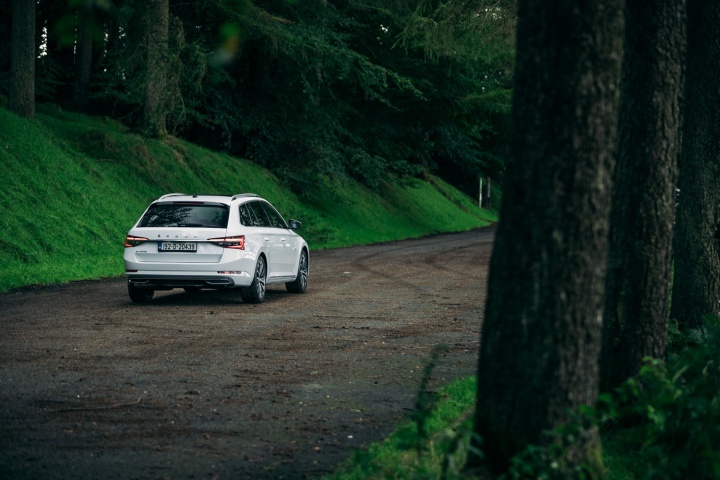 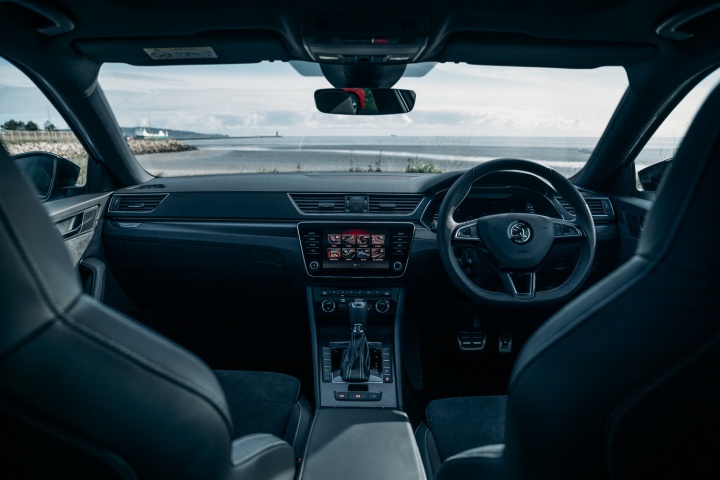 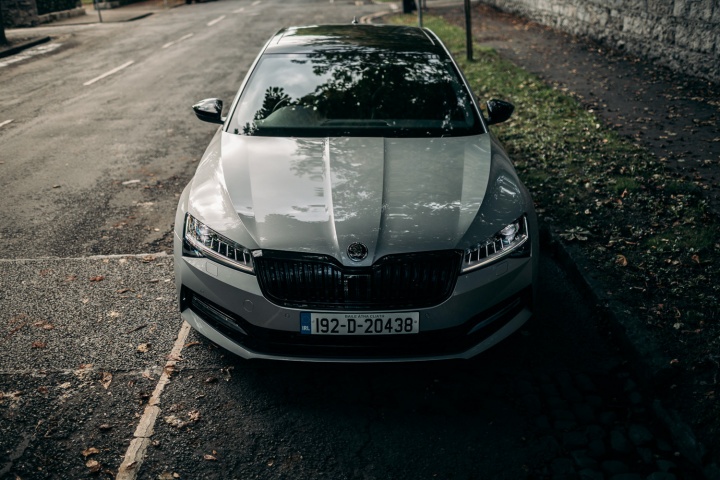 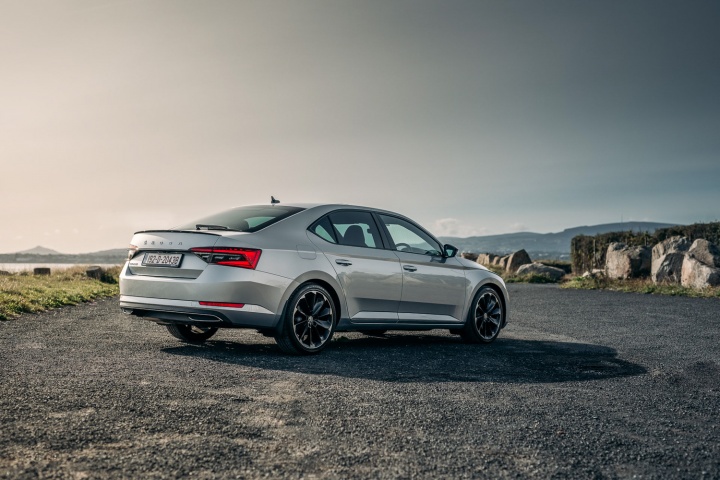 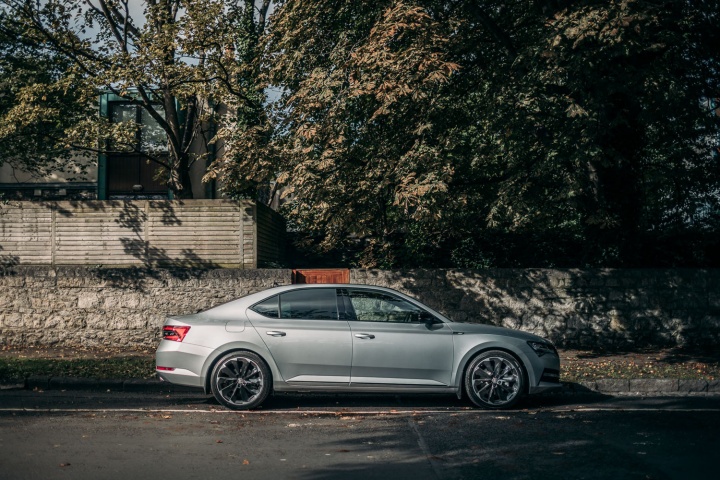 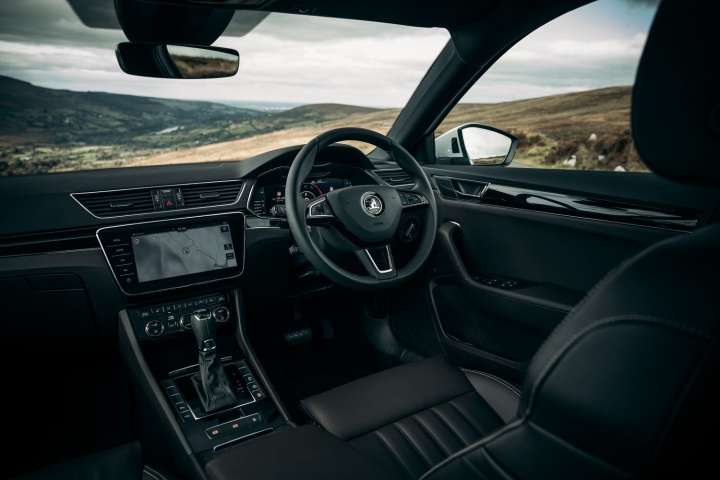 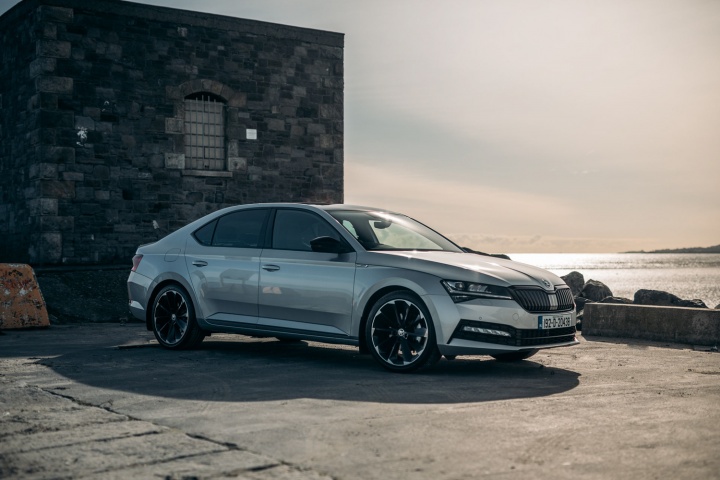 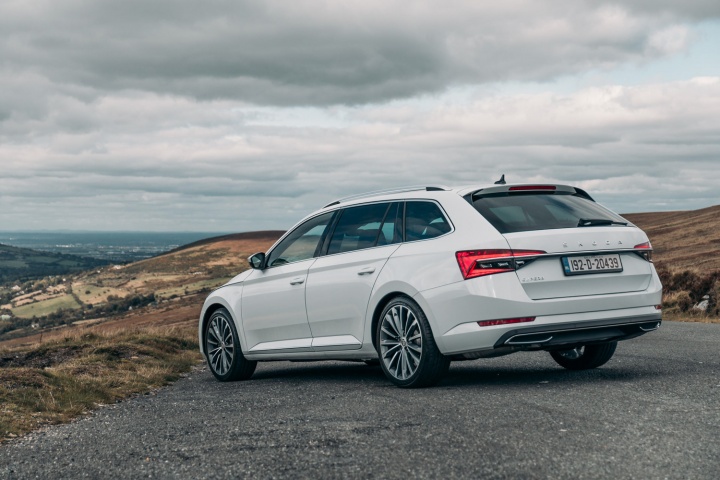 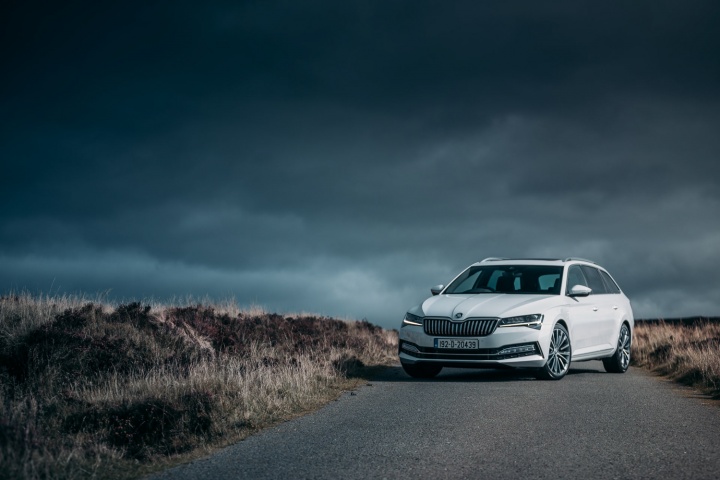 Skoda Superb gets minor updates, with plug-in hybrid version on the way.

Skoda has relaunched the Superb in time for 2020 sales.

In fact, the new Skoda Superb is on sale right now, and you can buy it with a 1.5-litre TSI turbo petrol engine, or a choice of 1.6 or 2.0-litre TDI diesels. By a huge 94 per cent margin, it seems that most Superb buyers go for the diesel option, proving that the black pump is far from as dead as has been made out.

Not that Skoda isn't moving with the times. Next year, the Superb iV model will launch, with a plug-in hybrid system based on the same setup as the Volkswagen Passat GTE. For now, though, it's conventional engines only.

Prices for the new Superb start from €30,750, but that would be for a basic Active model. According to Skoda Ireland, only three per cent of Superb buyers go for that cheapest model. Some 40 per cent choose a second-grade-up Ambition, 23 per cent go for Style, 20 per cent for Sportline and a final three per cent for the top-spec Laurin & Klement.

A massive 80 per cent of sales go to the 'liftback' saloon, while 20 per cent of buyers choose the vast Combi estate, whose boot volume stretches to 660 litres with the back seats up (the saloon still has a more than useful 625 litres).

As for changes, Skoda has gently massaged the styling of the Superb with new bumpers (which actually make both models a little longer overall), new lights (which can now be optionally fitted with Matrix LED technology) and the deletion of the rear badge. This is, apparently, because Chinese buyers don't like abstract badges as much, so now instead of the green-and-white Skoda logo, the word 'Skoda' is spelled out on the boot in broadly spaced, chromed, letters.

On the mechanical front, the 2.0-litre TDI diesel engine has been re-engineered, and now has a new injection system, new turbo, new pistons, a new crankshaft and a new cooling system. Under WLTP testing, the new Superb's CO2 emissions run from 120g/km to 172g/km, depending on the model.

Other new bits include safety items such as Emergency Assist, which pulls the car over to a safe stop if you fall asleep behind the wheel (or worse); automated brakes, which have improved pedestrian detection; blind spot monitor, which now sees further behind the car; and those Matrix LED lights. Oh, and the keyless entry system now works on the back doors as well as the front.

Speaking at the launch of the new Superb, Ray Leddy, Skoda's Head of Marketing & Product, said: "The Superb has been such an important model in our brand's evolution in Ireland. The current and third incarnation of the Superb has been a contender for the number one position in the segment with the Superb overtaking many of the traditional bestsellers. Thanks to its reliability and excellent residual values the Superb has been a major success with business and fleet customers, with 23 per cent of Superb sales being attributed to this channel. We see used imported premium German cars from 12-48 months old as the Superb's biggest competitors."