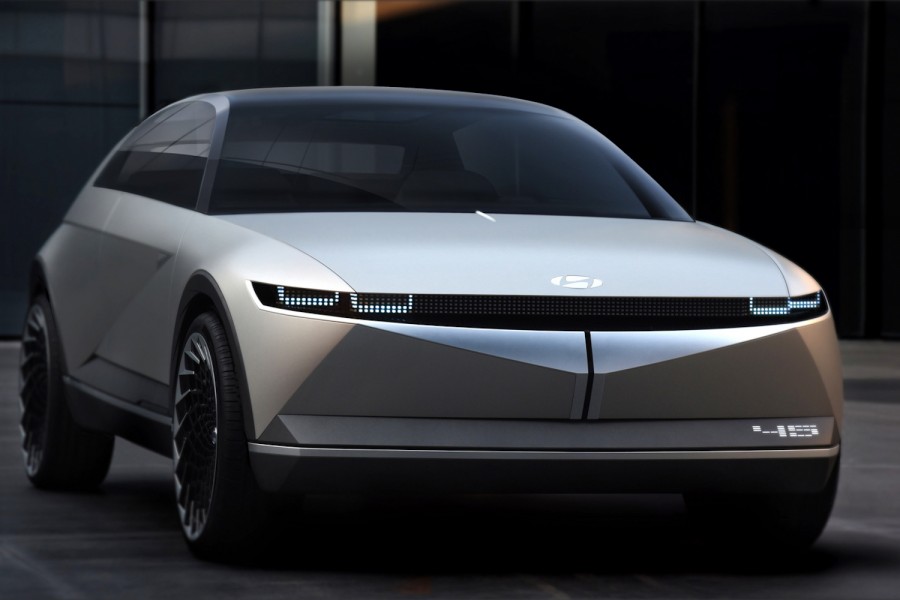 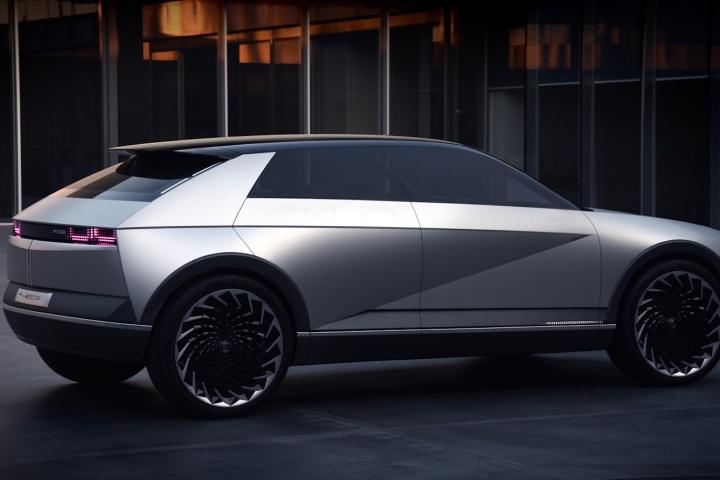 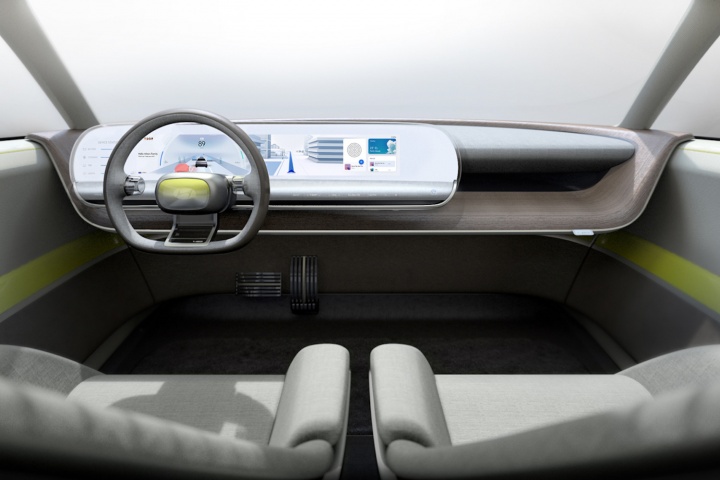 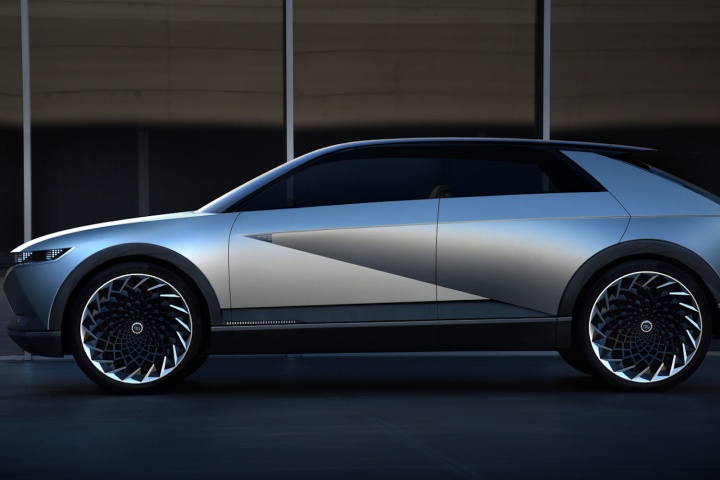 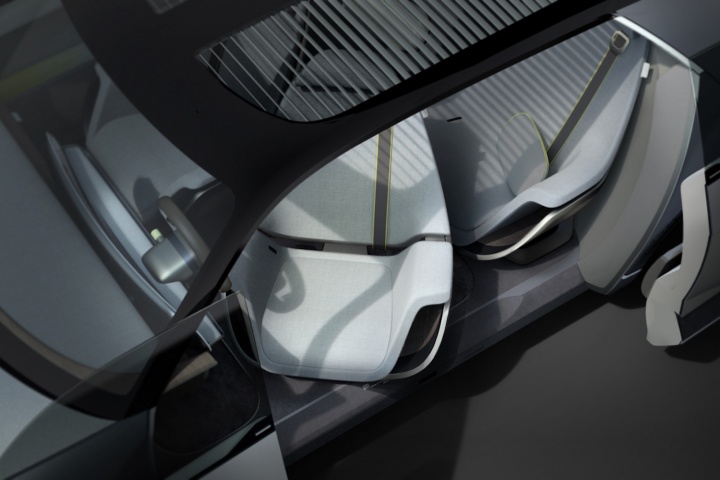 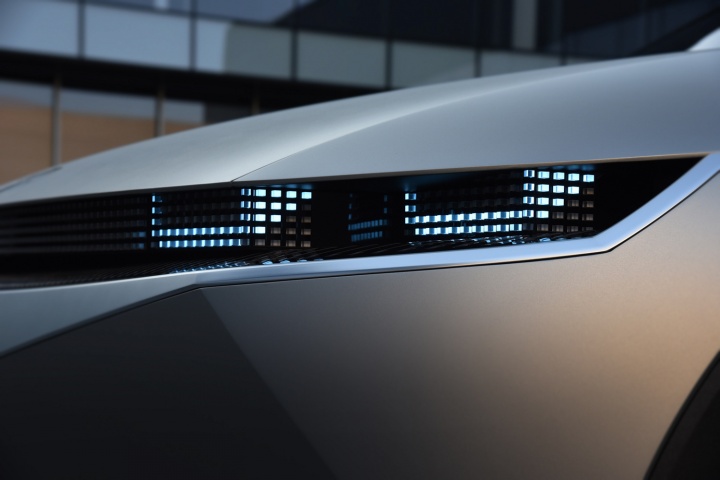 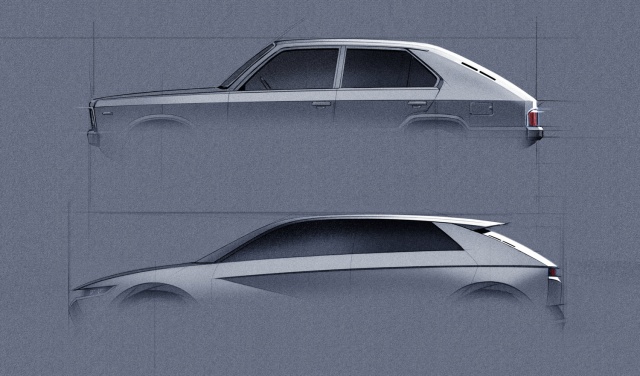 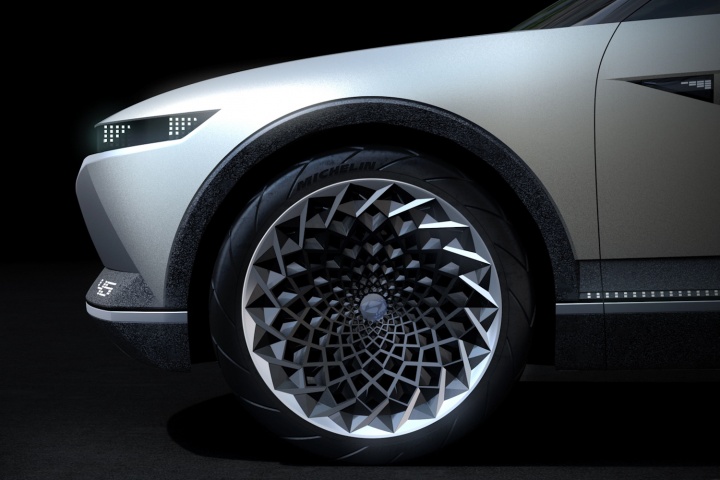 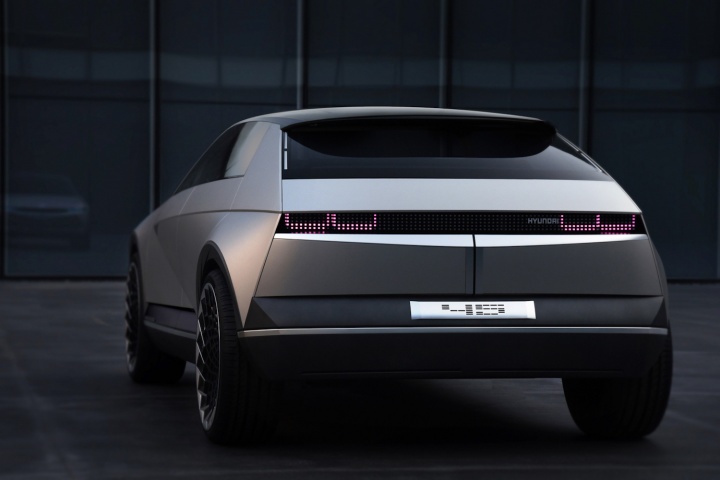 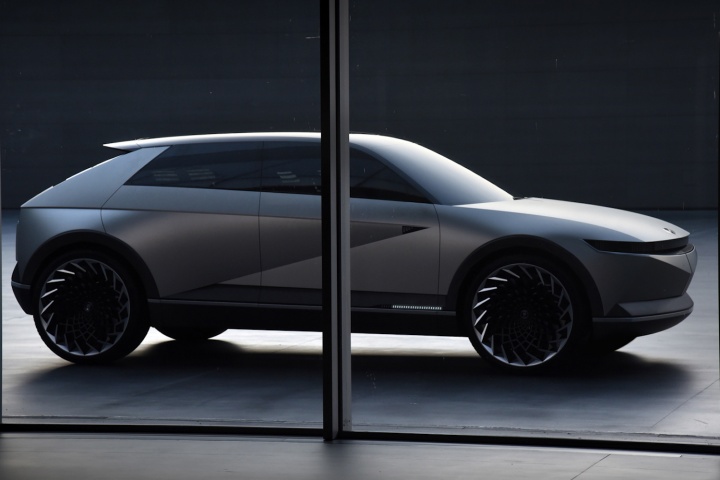 Hyundai is looking forward by looking backwards at the Frankfurt Motor Show, with the 45 Concept. Well, perhaps that's not entirely fair. To be more accurate, Hyundai is looking back to what car designers of the 1970s though the future would be, and trying to make that retro-futurism a reality.

The 45 Concept is said to be influenced by both the 1974 Hyundai Pony Coupe Concept, and even the original Pony hatchback production car (a vehicle that had its roots in the unlovely Morris Marina).

According to Hyundai: "The progressive 45 puts a twist on a 45-year-old icon, the Hyundai Pony Coupe Concept, to introduce an entirely new in-car experience for self-driving vehicles of tomorrow."

Certainly you can see the seventies influence, especially in those Giugiaro-esque 45-dgree angles, which create a diamond-shaped silhouette. Hyundai says that this is its 'Sensuous Sportiness' design language, and it's intended to work its way through to eventual production cars.

The most striking aspect is probably the fully-animated LED light bars, called 'Kinetic cube lamps', front and rear, that swoosh back and forth before settling on a layout for the headlights and brake lights. The fact that Hyundai has used this cutting-edge tech to, essentially, recreate the simple seventies light shapes that the 45 uses is, really, rather charming.

Down at the bottom of the doors, there's another strip of LEDs, this time to show you the level of charge in the battery as you walk up to the car.

Mounted around the 45's body is a series of cameras, the Camera Monitoring System, which can be used for parking, etc, but which is also there for future autonomous applications. Hyundai has fitted the cameras with rotating, spherical, lenses which spin past small brushes, therefore keeping the image clear of road grime and dirt.

Inside, the cabin has been reduced to just a few elements. There's a huge touchscreen, which essentially replaces the entire dashboard, and a big sweep of blonde wood. Hyundai says that the styling of the interior creates: "A warm atmosphere that is both relaxing and spacious."

The seats look more like armchairs, and can be swivelled around to face each other, so that occupants can chat while the 45 is driving itself. As the batteries are stored under the floor, the cabin has a flat floor, and is hugely spacious.

Hyundai isn't giving any performance figures for the 45, which likely means it's just for show, but hopefully a little of its Syd Mead styling will rub off onto future production models.