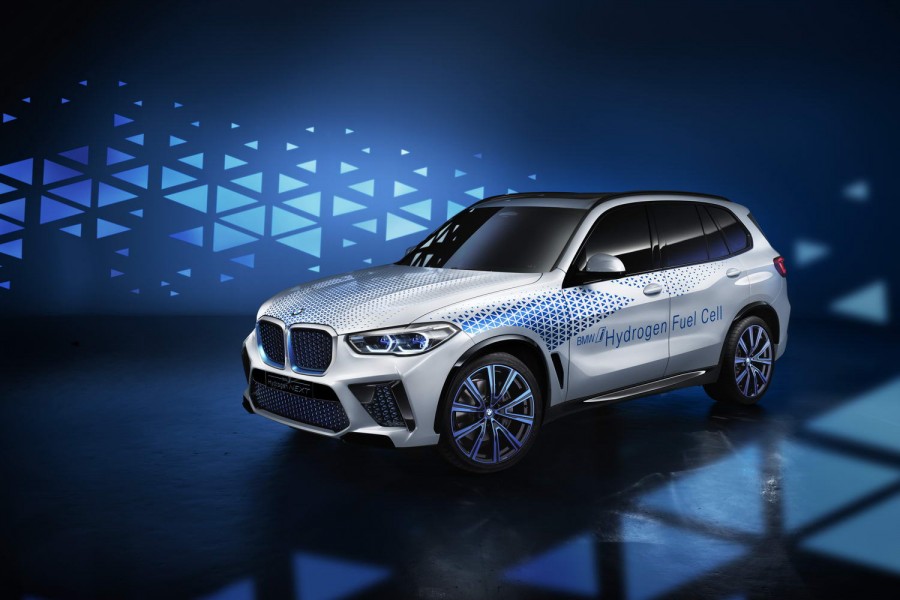 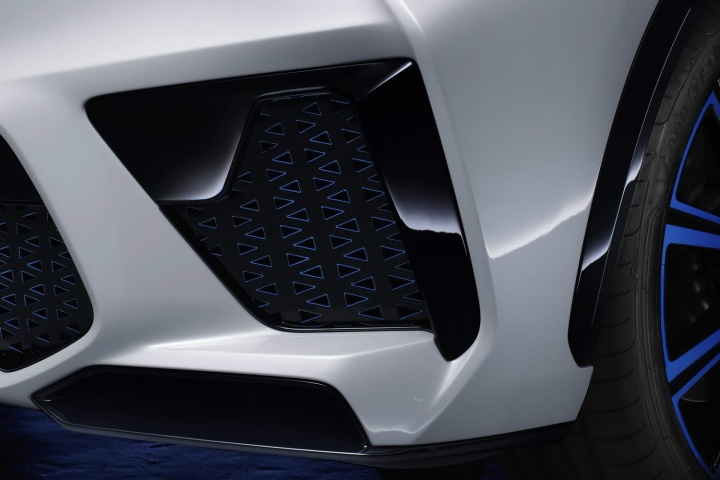 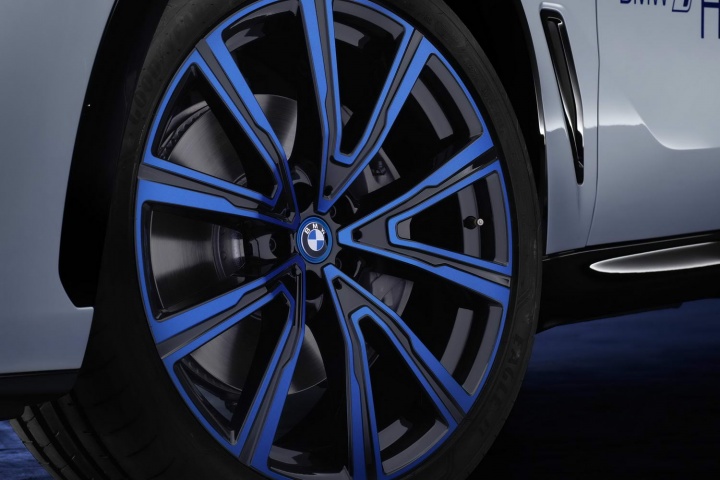 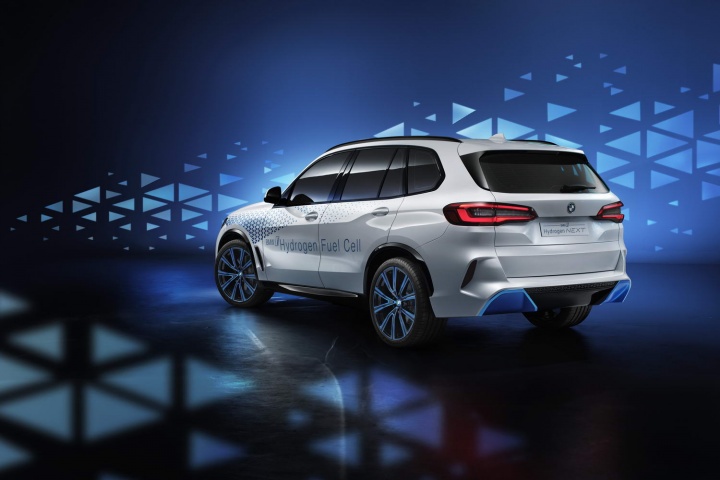 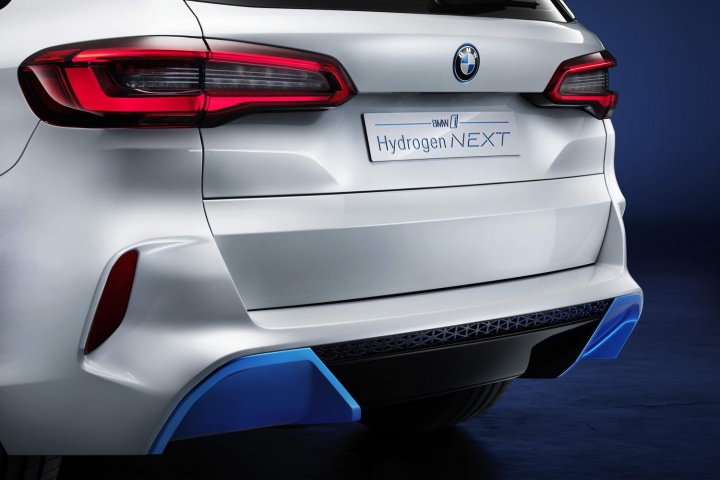 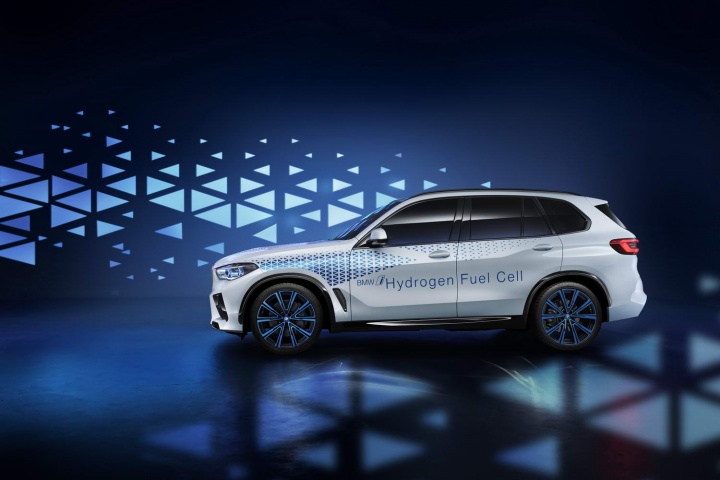 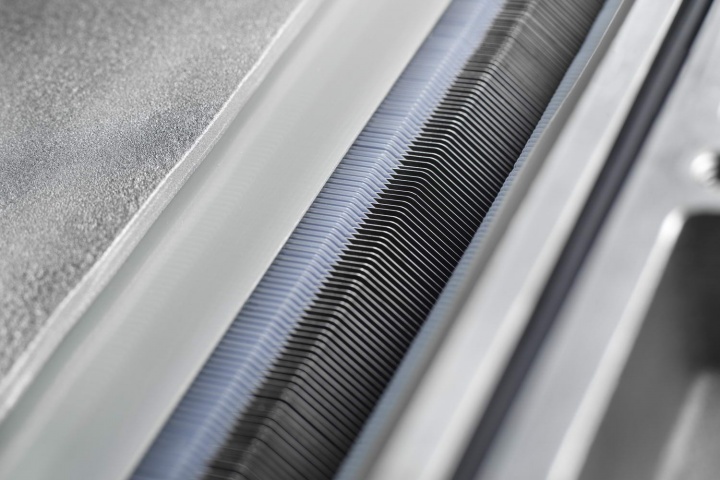 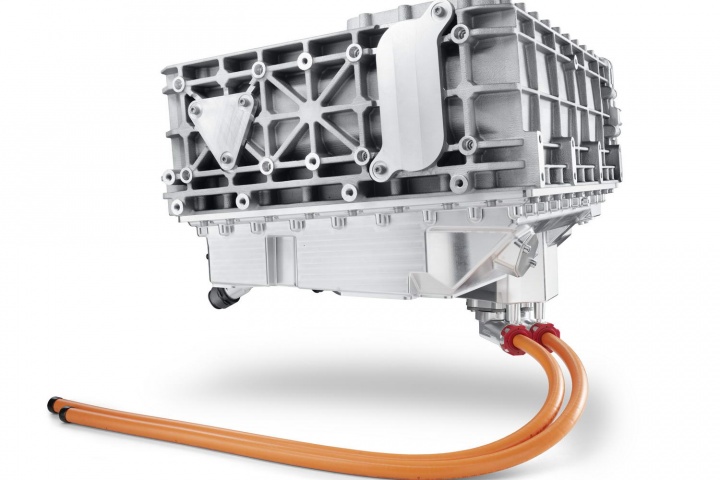 BMW is looking beyond pure EVs to a future powered by hydrogen fuel cells.

While there's no doubt that the theme of this year's Frankfurt Motor Show is centred around electrification of the car, BMW's second world premiere reminds us that electric power isn't the only game in town. It's called the BMW i Hydrogen Next and it shows that BMW is very serious about developing hydrogen fuel cell propulsion for the not too distant future.

It'd take a lot more than a fancy paintjob, blue wheels and new bumpers to disguise the fact that the Frankfurt show car is anything other than a BMW X5 at heart. And there's a very good reason for that, as it's billed as a fuel cell development vehicle rather than a concept car. Indeed, BMW has confirmed that it will produce a limited production variant of the X5 SUV in 2022, powered by its 'next generation of hydrogen fuel cell electric drive systems.'

The future of hydrogen fuel cells

Dismiss the show car at your peril, as BMW is convinced that hydrogen fuel cells have huge potential for the future, thanks to quick refilling, a long range between fill-ups and other advantages that align them closer with the benefits of internal combustion engines over regular EVs. BMW reckons it could be ready to offer hydrogen fuel cell-powered cars to the public from 2025, but makes it very clear that would only happen if hydrogen-filling infrastructure was put in place. It rather understated the situation: "To make all of this possible, a hydrogen infrastructure fit for the job in hand is needed. In most countries, such supply infrastructures are still in the early stages of development."

BMW and Toyota in bed together

BMW has actually been working closely with Toyota on fuel cell development since 2013, with a fleet of BMW 5 Series GT prototypes on test since 2015. BMW and Toyota co-developed the drive system, while Toyota is credited with creating the fuel cell stack itself. Since 2017, the BMW Group and Toyota have been part of the Hydrogen Council, initially with 11 other energy, transport and industrial firms. Its aim is to 'forge a united vision and push ahead with the long-term ambition of a hydrogen-fuelled energy revolution.' As of June this year, the Hydrogen Council has 60 member companies.