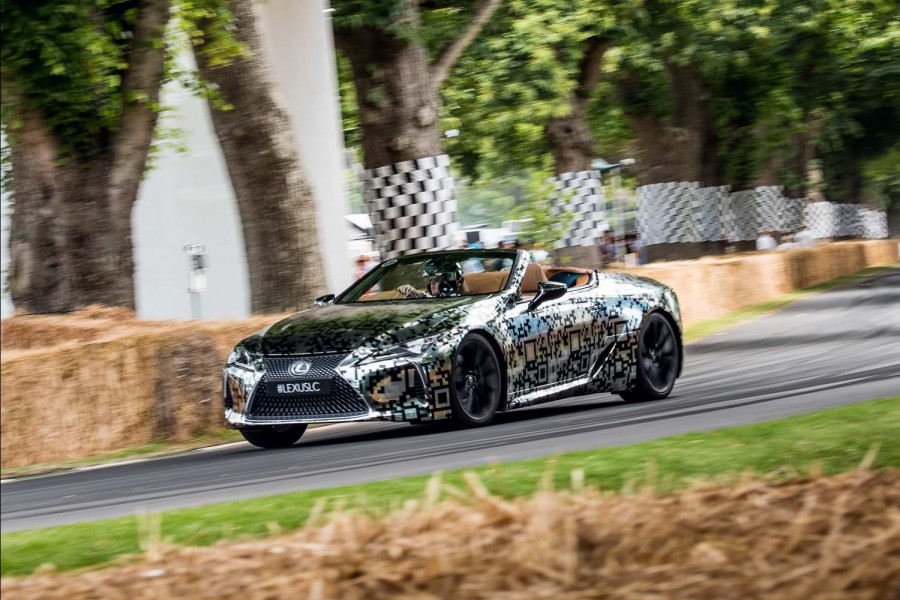 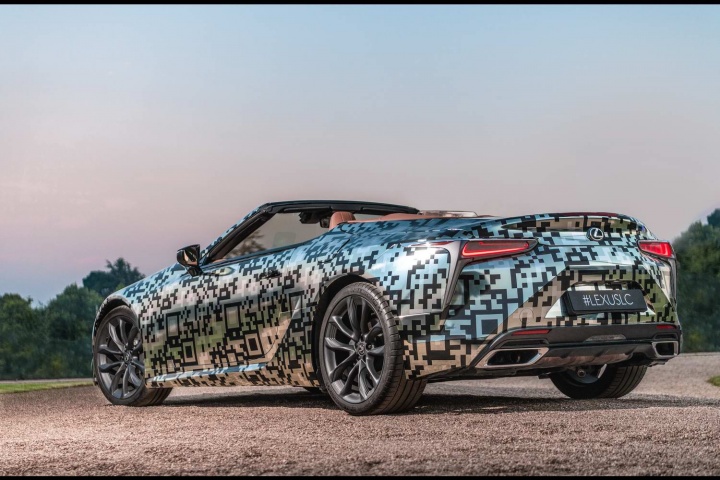 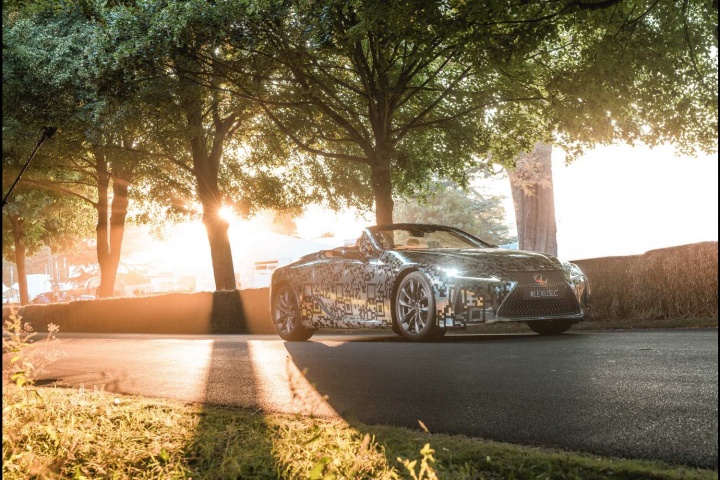 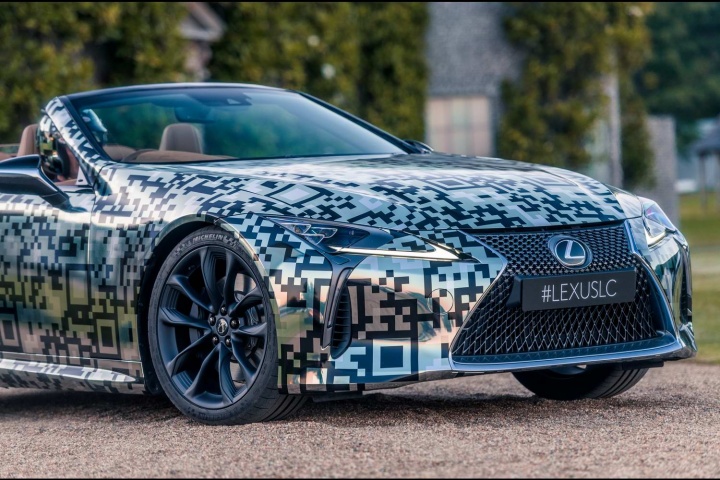 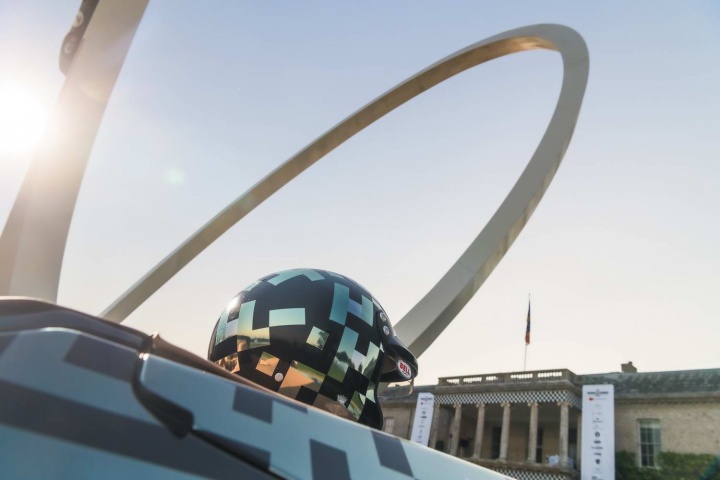 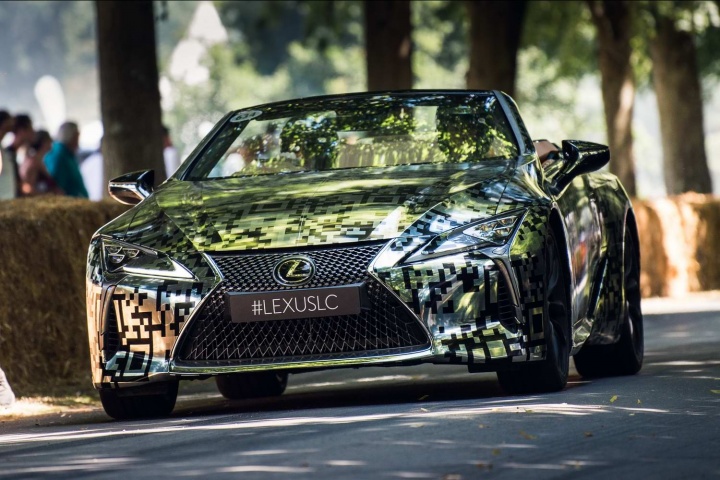 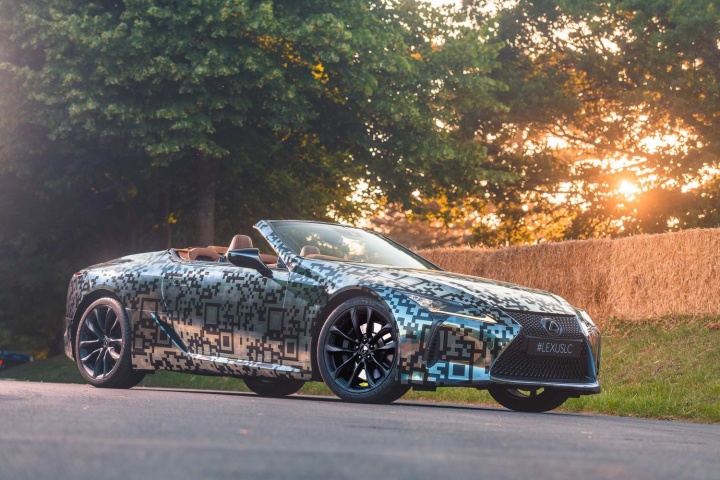 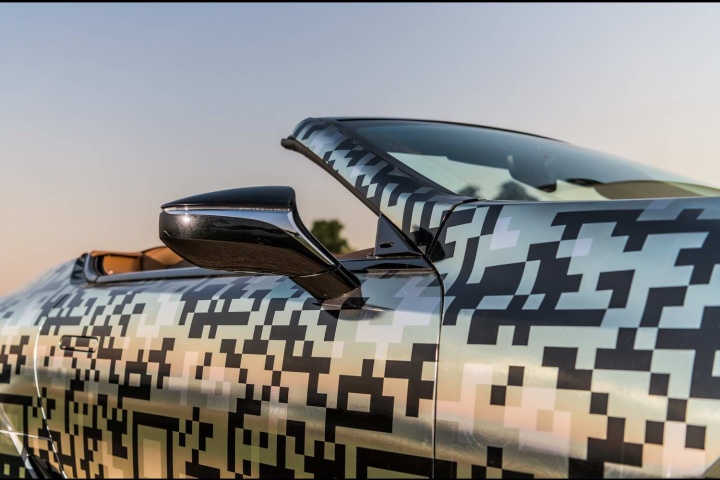 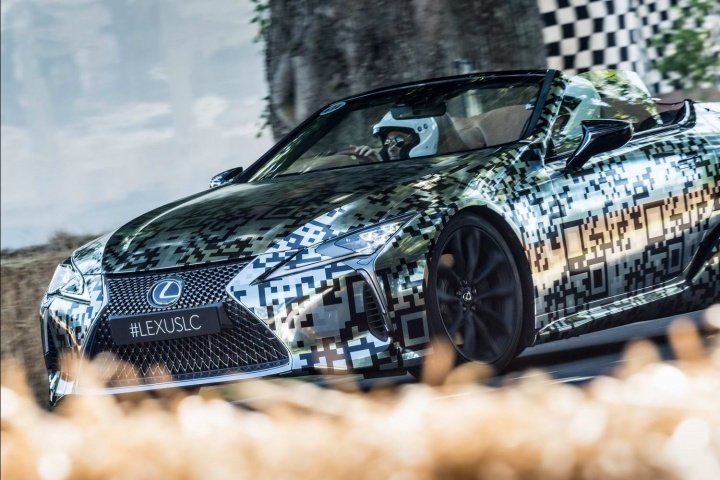 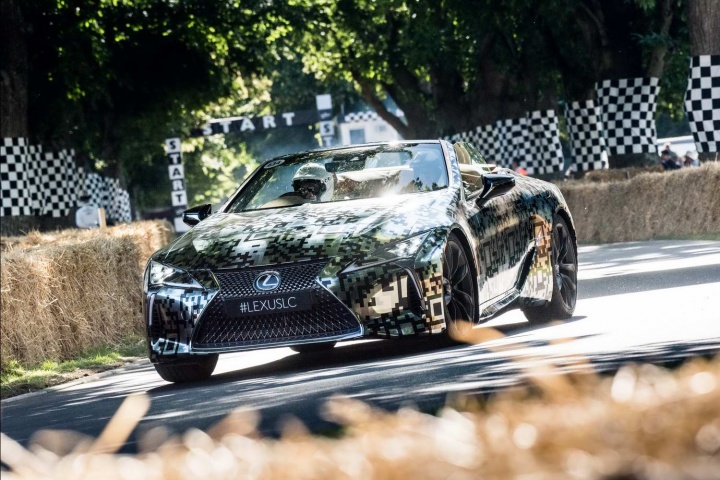 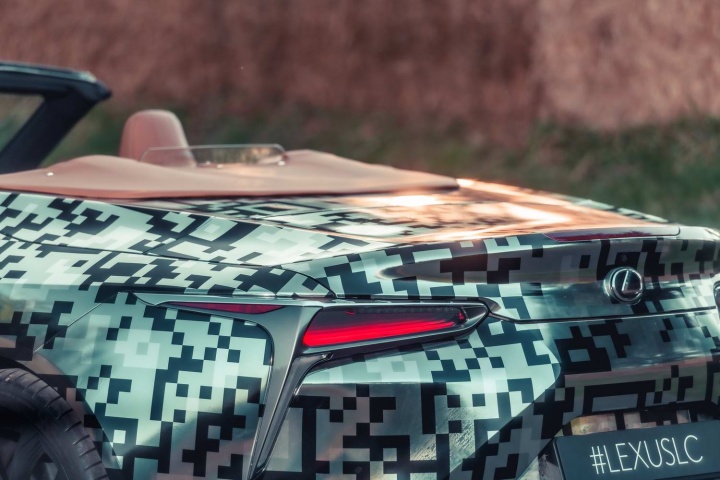 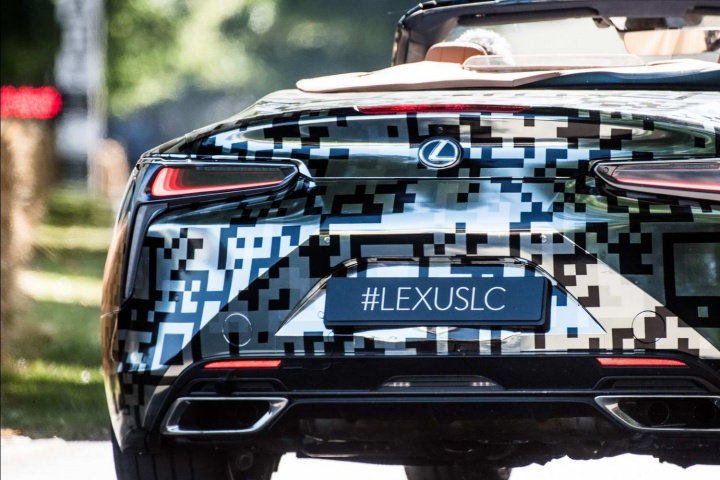 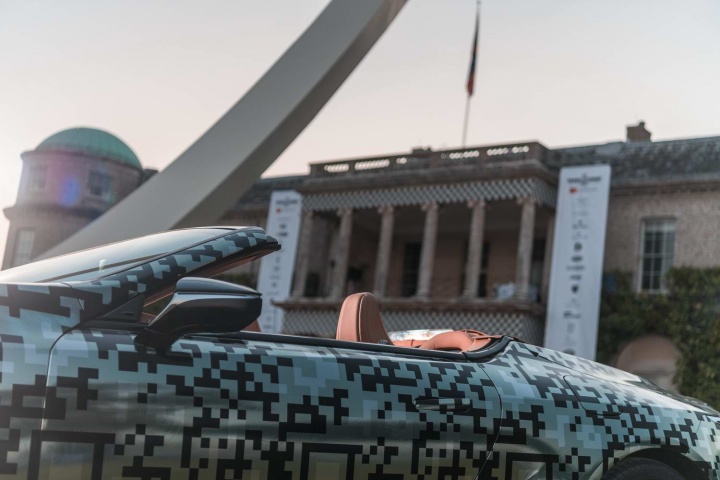 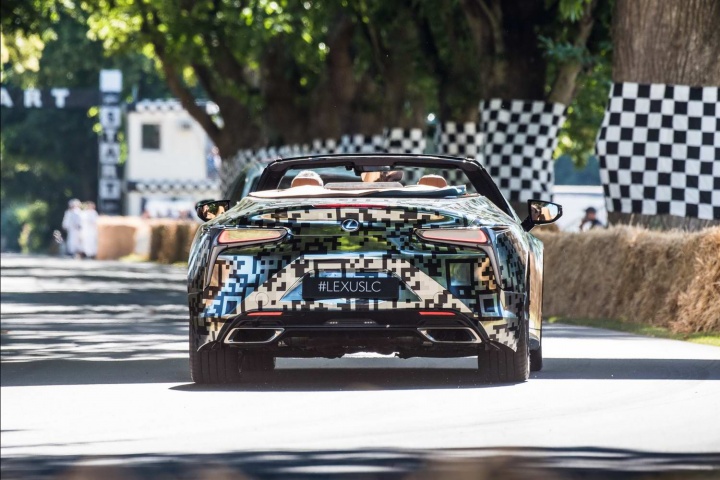 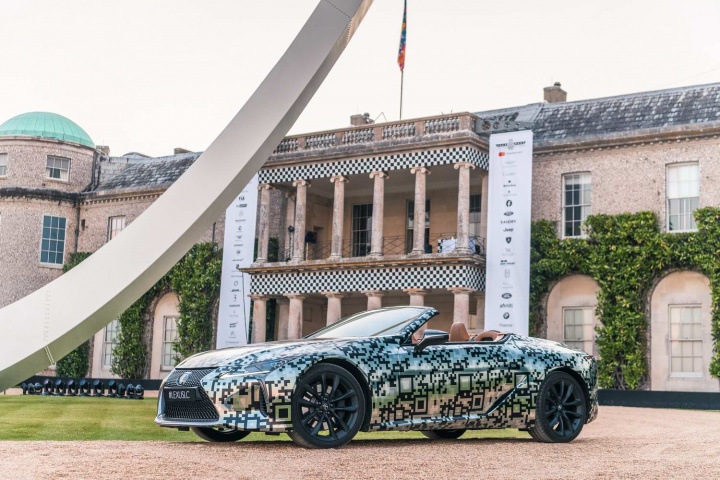 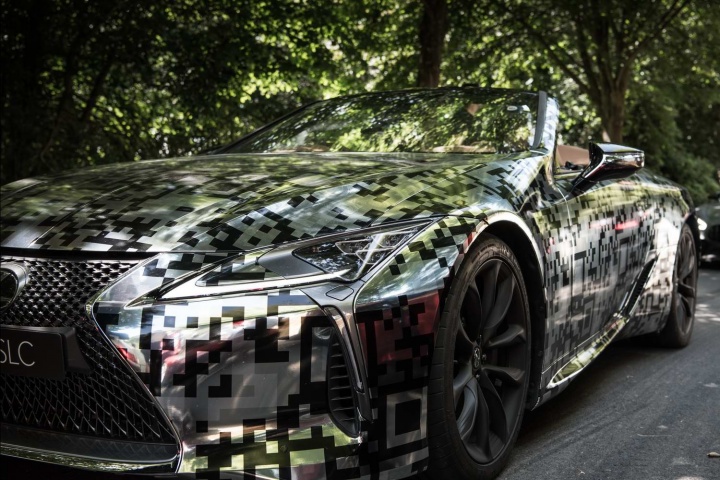 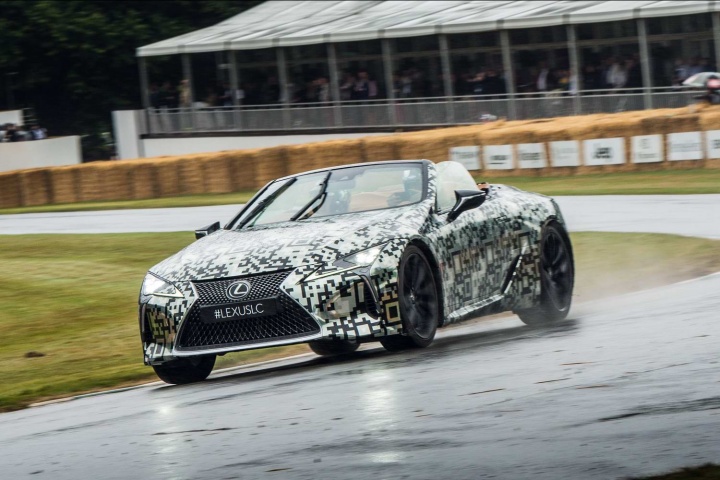 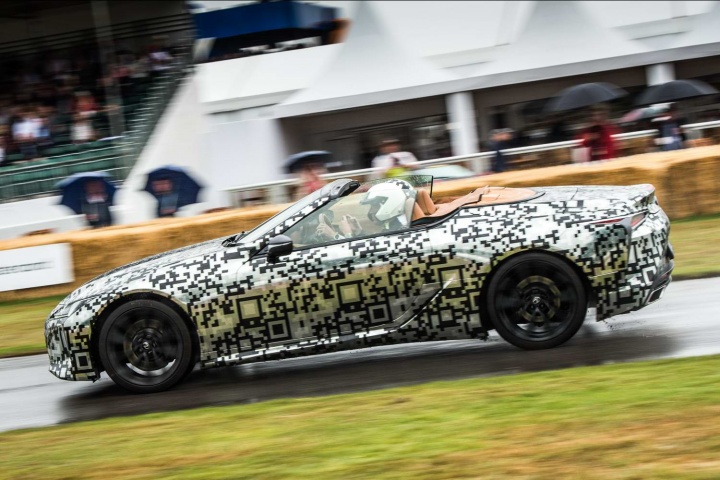 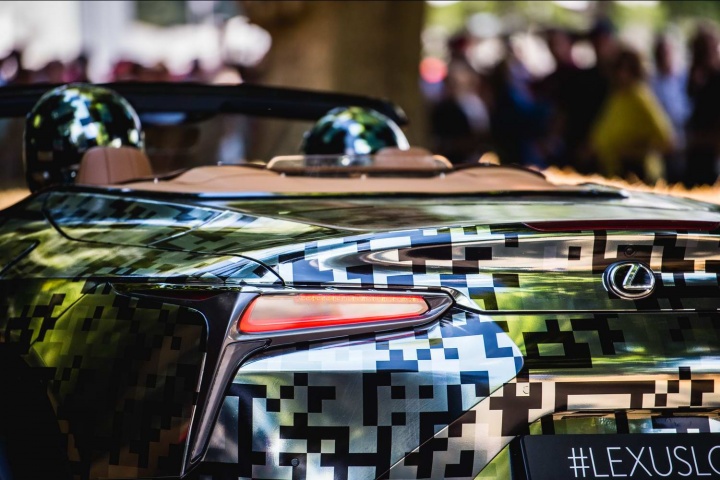 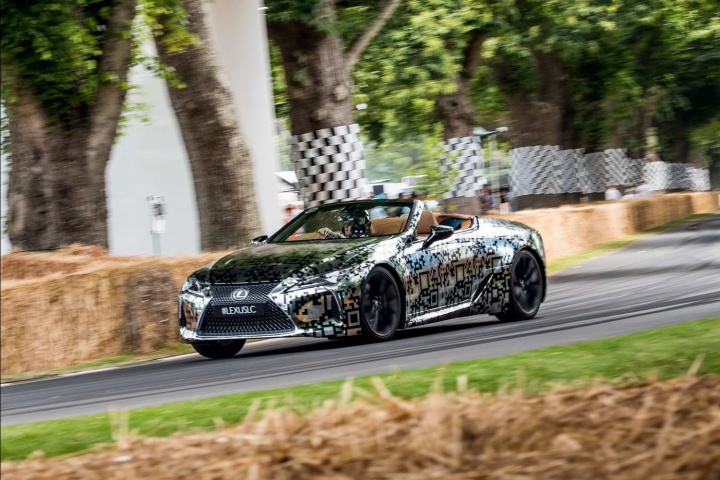 Lexus has shown off a prototype, clad in sparkly camouflage, of its new LC convertible. Being ragged up and down the hill at the Goodwood Festival of Speed is now a commonplace form of reveal for a new high performance car, but the LC will probably make more of a visual impact than most, with that chrome-finished ziggurat cladding.

Lexus says that the LC coupe "has quickly become established as one of the most sought-after and internationally acclaimed models Lexus has ever created, thanks to its combination of striking design, fine craftsmanship and exhilarating performance" and to be honest we wouldn't argue with a word of that.

We presume that the LC convertible will closely follow the coupe's mechanical lead, and offer either a 359hp V6 hybrid model, and a 477hp naturally-aspirated V8 petrol version, with the dangling, distant possibility of a turbocharged 600hp V8 'F' version in the offing.

We say 'we presume' because Lexus isn'y actually offering us anything in the way of technical details of the new car, seemingly content to simply show off just how pretty it is. Which we guess is entirely fair enough in this case.

The LC convertible prototype will be driven up the hill at Goodwood by Nick Cassidy, who competes for Lexus in the GT500 class of the Japan Super GT series.

It will be masked using QR codes as the motif to create a "digital camouflage", teasing the design detail and dynamic capabilities of the full production version.

Lexus International Executive Vice President Koji Sato said: "The Goodwood Festival of Speed celebrates the history and culture of the automobile, and serves as a gathering place for some of history's most notable cars and drivers. Lexus is honoured to join this festival, and I could not be happier to unveil this prototype model of the LC Convertible here at the same venue where the LC coupe made its debut in 2016."