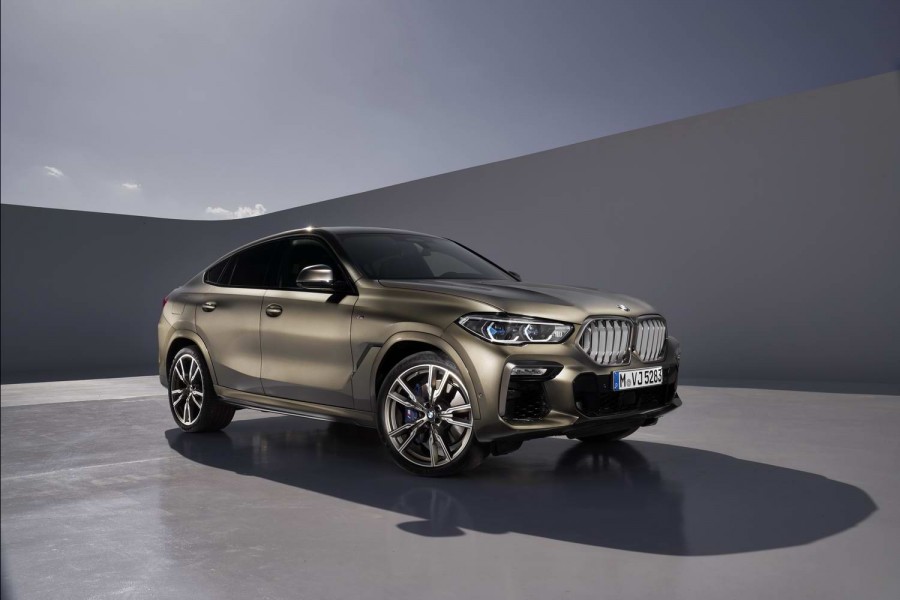 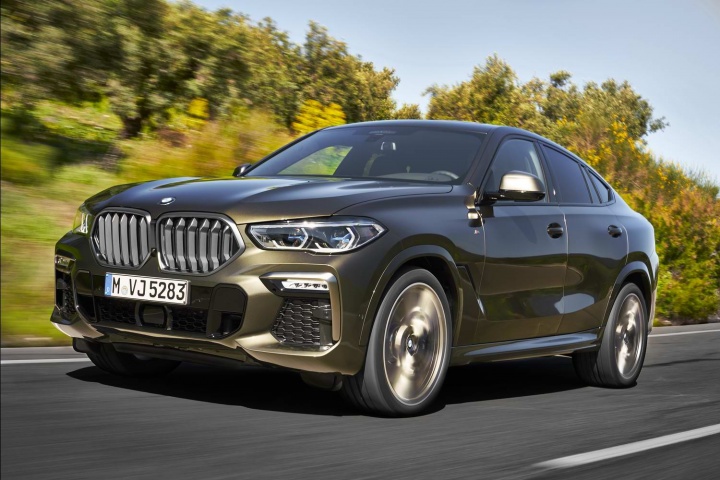 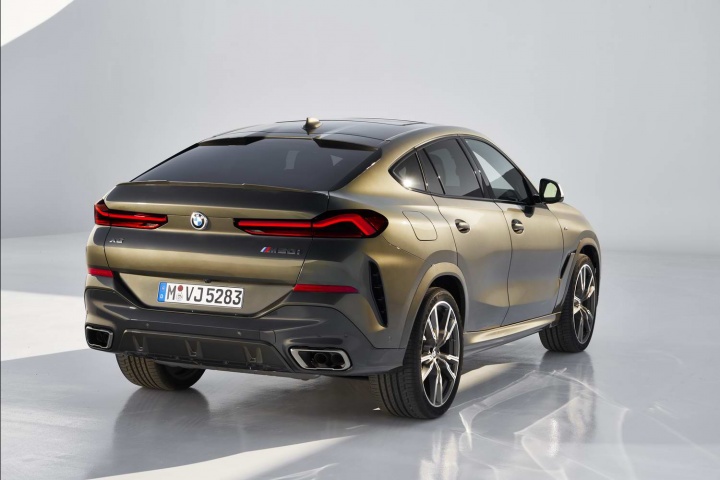 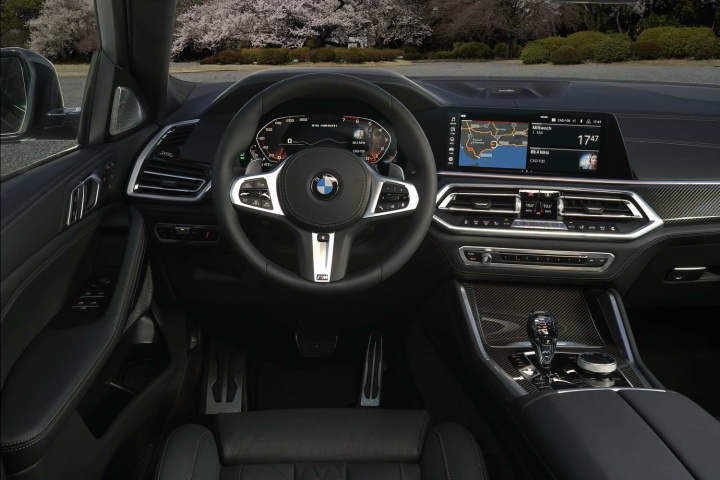 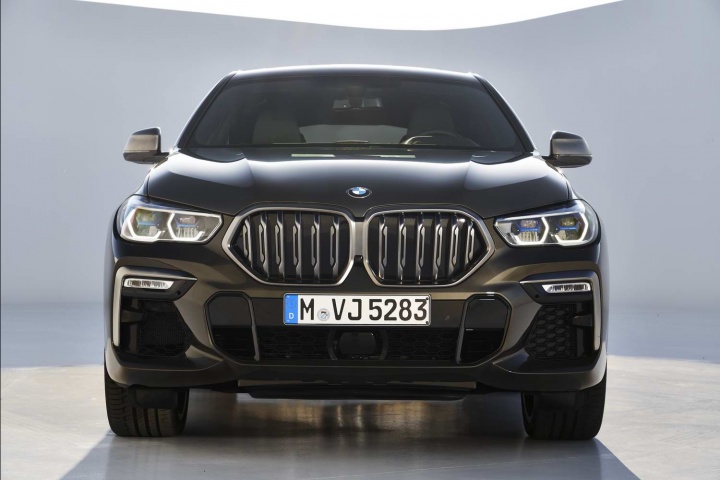 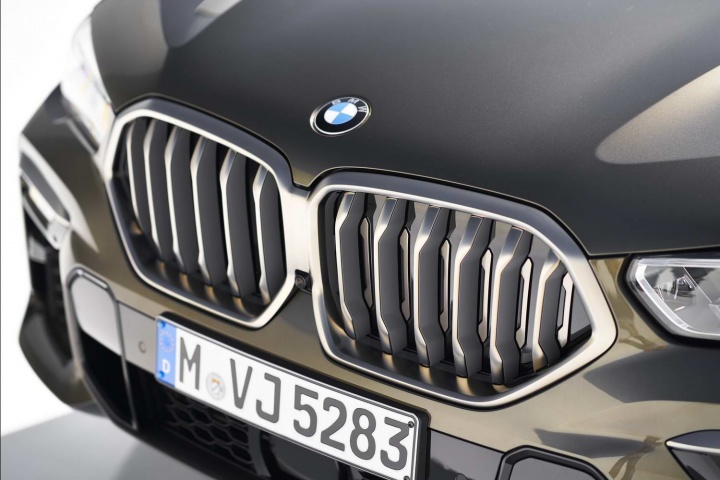 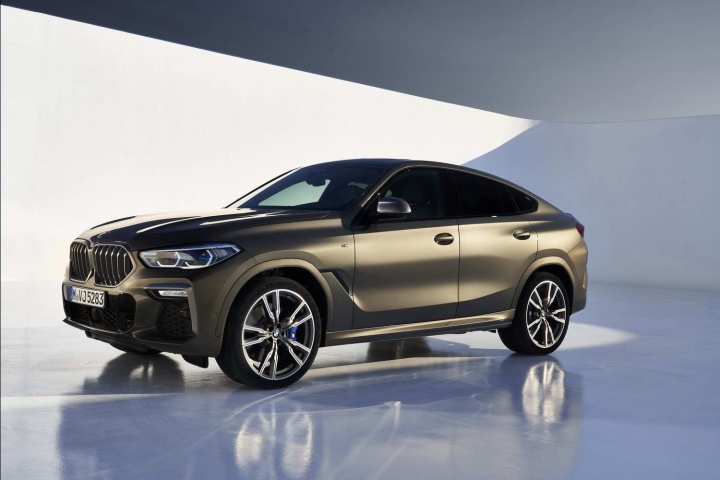 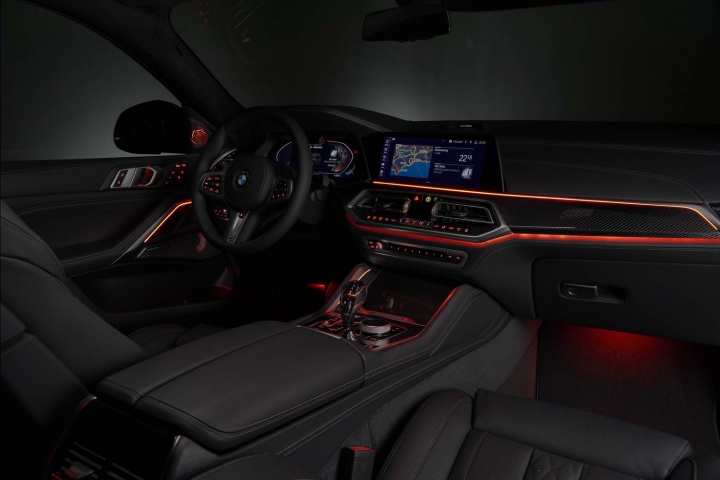 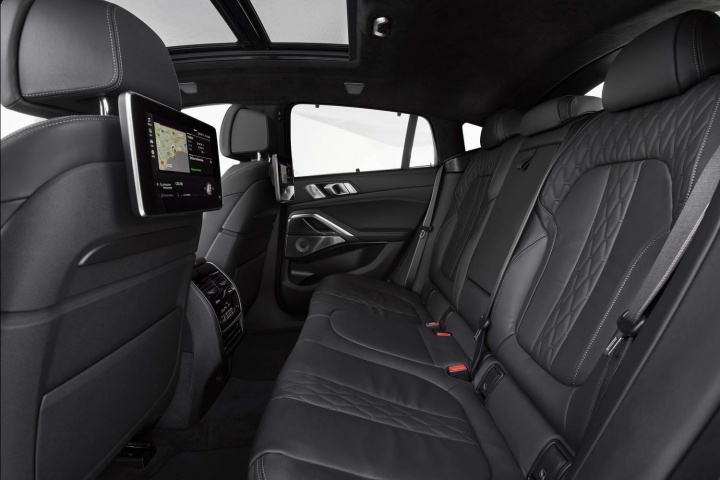 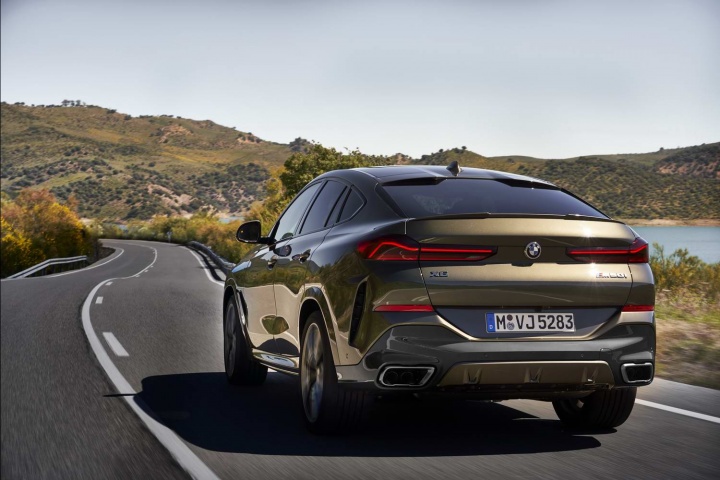 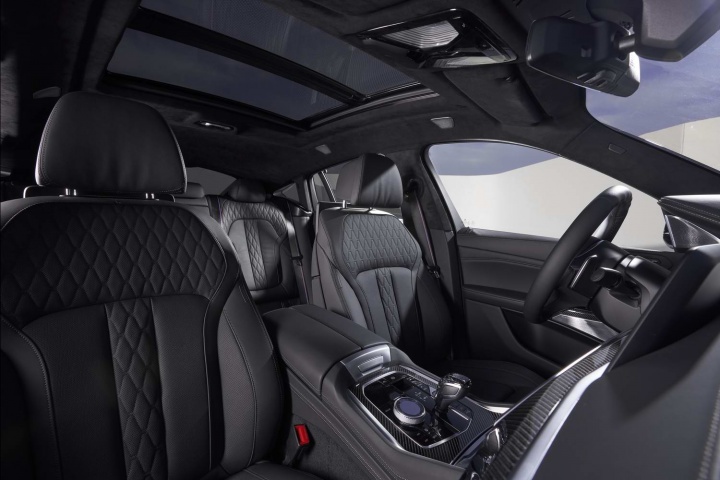 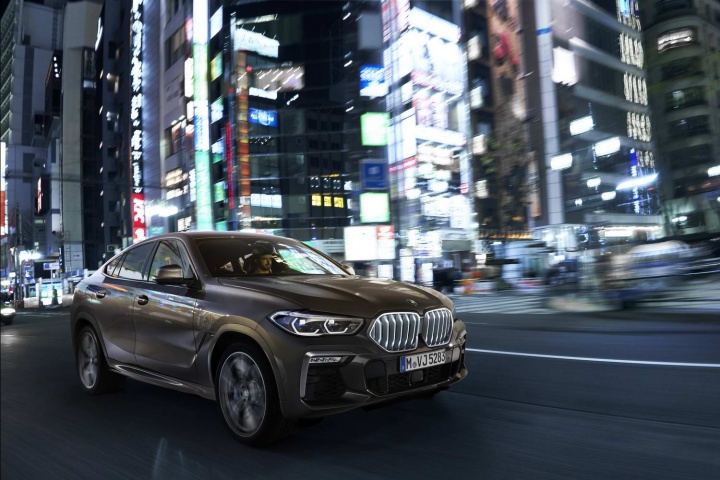 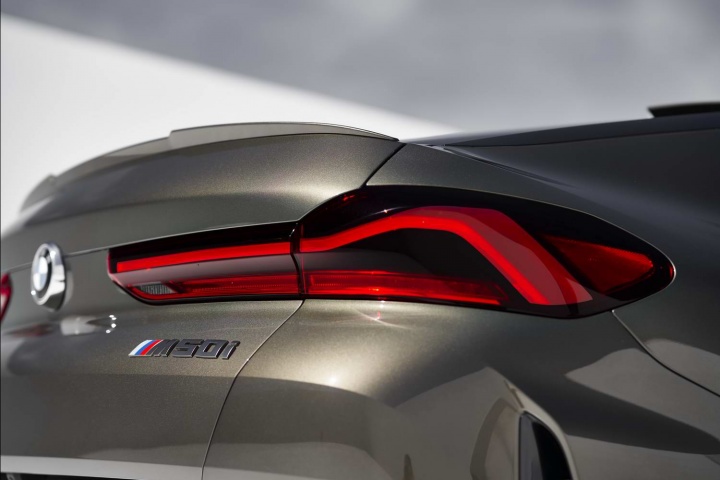 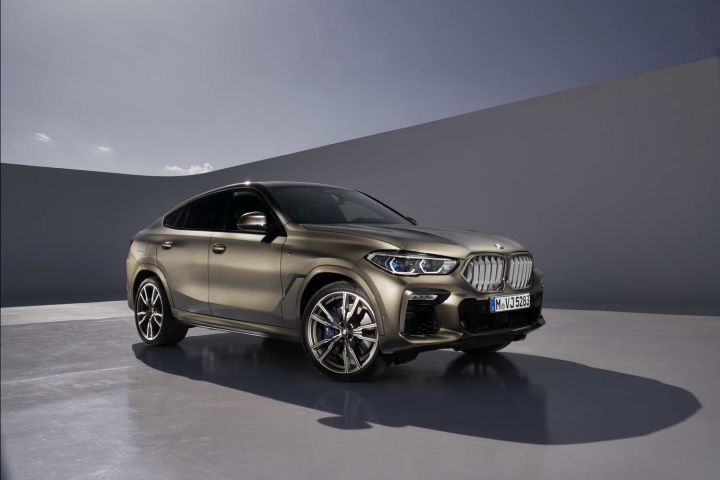 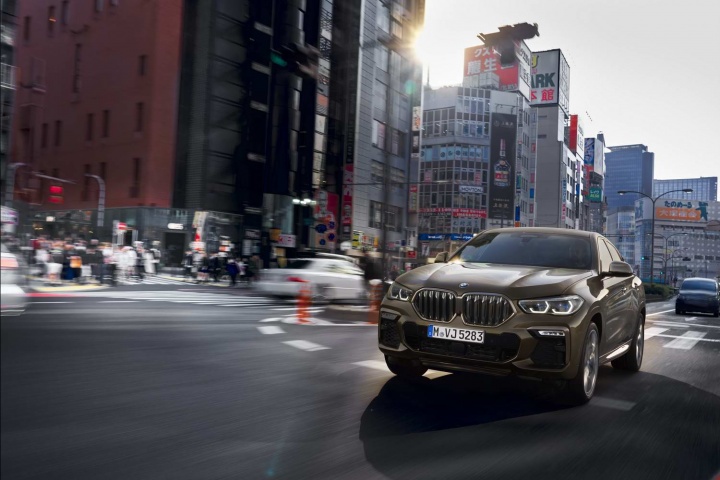 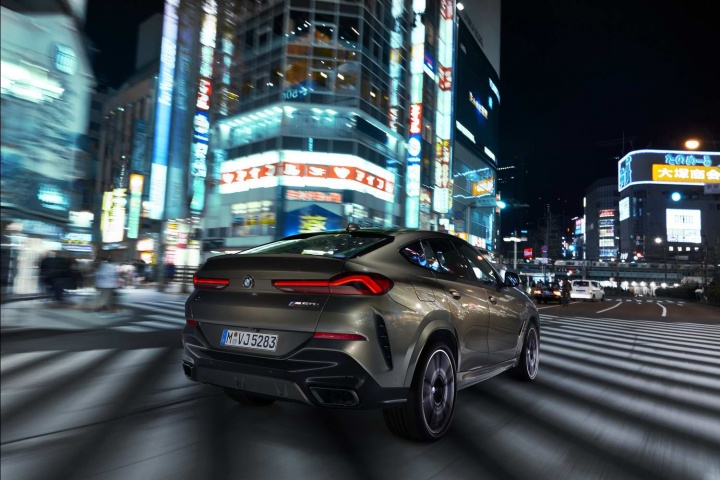 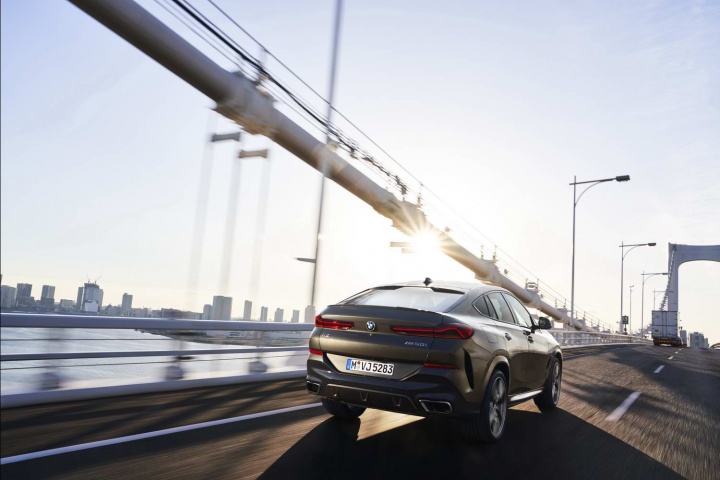 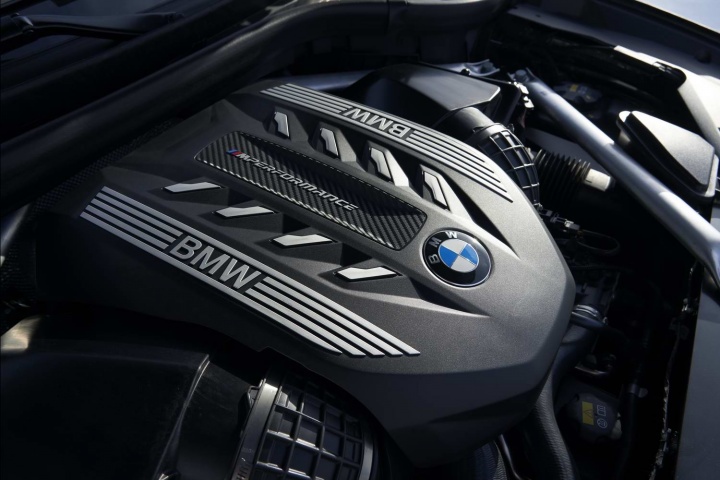 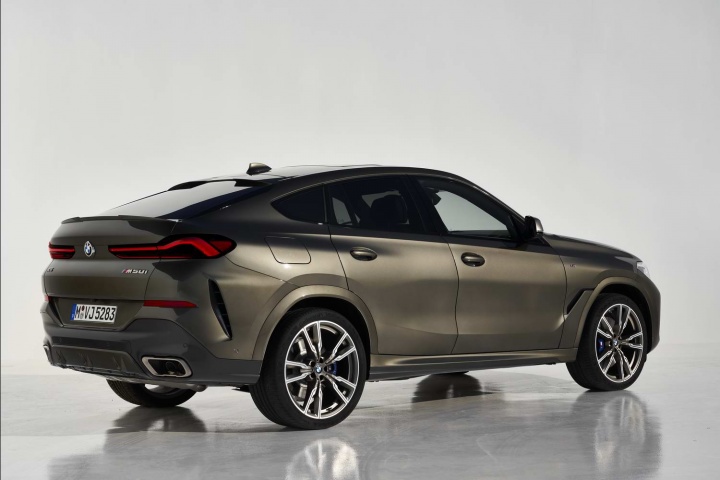 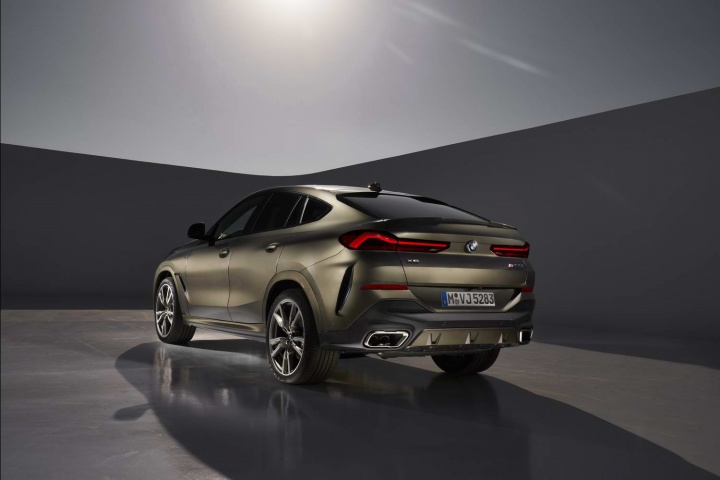 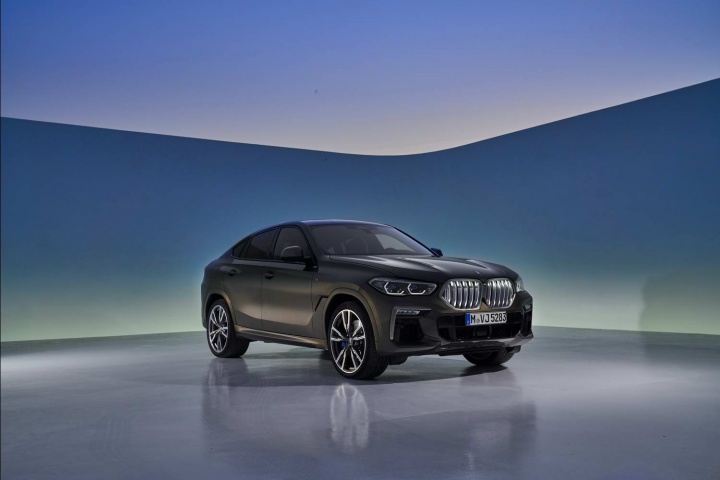 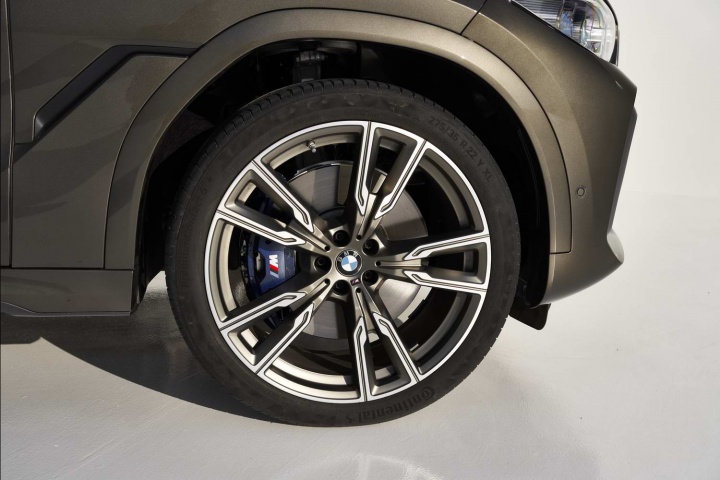 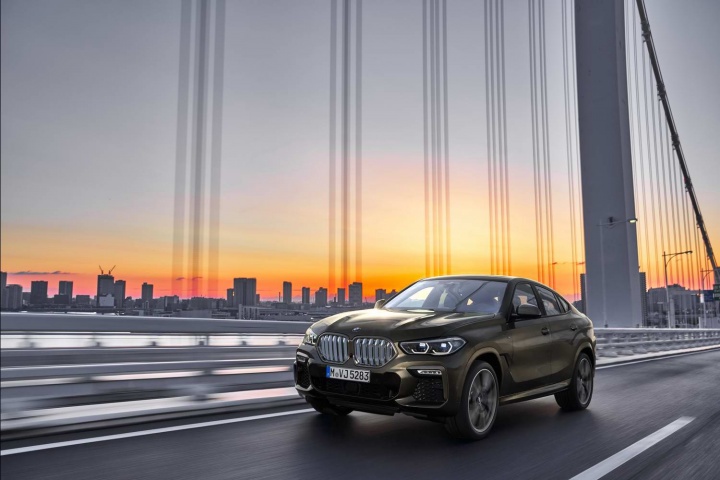 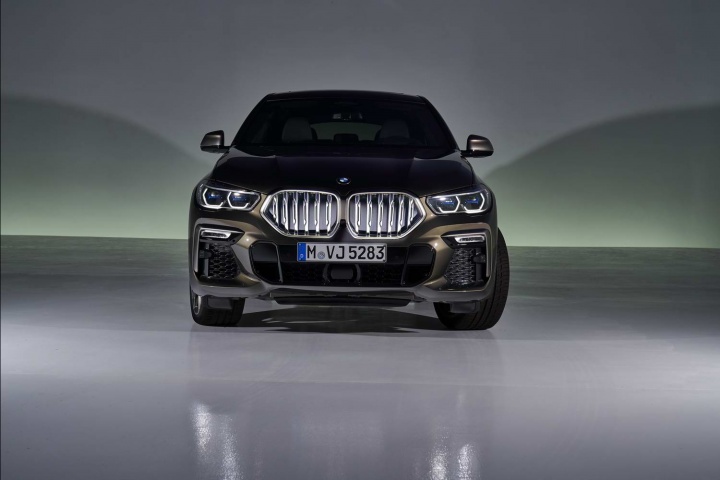 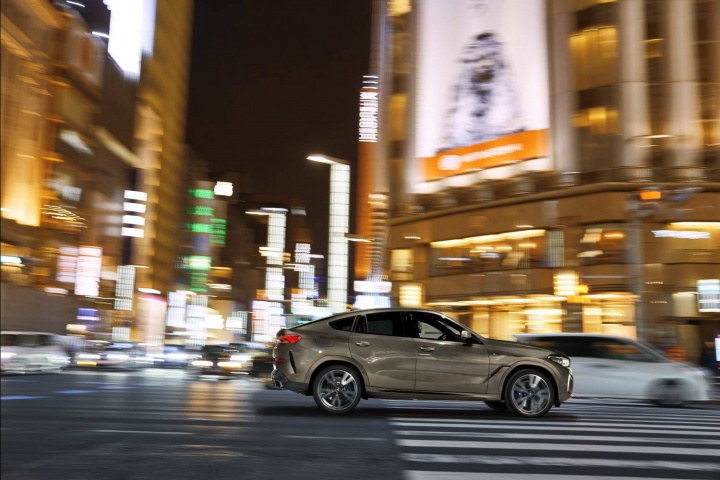 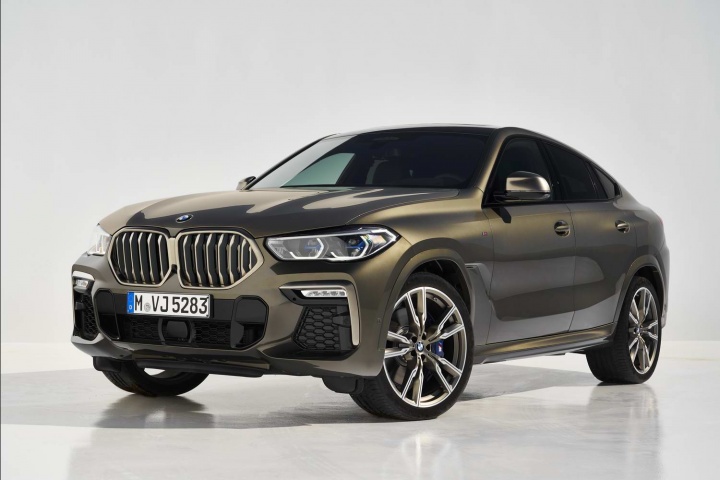 It's time for the third-generation of the contentious BMW X6, the vehicle that invented coupe-SUVs. Based on the current X5, the X6 is an upmarket model that aims to attract the fashion-conscious SUV buyer.

More than 443,000 X6s have been sold since the Mk1 appeared in 2008 and so the new one must build on that global popularity. Built in Spartanburg, South Carolina - where all BMW X models barring the X1 and X2 are made - the new X6 is bigger than its predecessor. The overall length is up by 26mm to 4,935mm in total, with a 42mm stretch of the wheelbase bound to offer more interior space. The X6 is wider (+15mm, 2,004mm total) than the Mk2, but it's fractionally lower (-6mm, 1,696mm total), while a broader front track (+44mm, 1,684mm total) should improve the BMW SUV's handling characteristics. In terms of boot space, there are 580 litres on offer as standard, while folding the 40:20:40 split backrests down increases that volume to 1,525 litres.

Has a very shiny nose...

The X6 Mk3 will premiere BMW's illuminated kidney grille. As is the fashion with BMWs these days, the grille itself is a very large, single-piece item, but the fact it can glow is new: illumination is activated by opening or closing the car, while the driver can switch it on or off manually. It is not clear yet whether this function is deactivated while the car is in motion. In terms of more conventional lamps, the X6 gains LED head- and taillights as standard, with optional BMW Laserlights with Adaptive LEDs an option that can light up the road 500 metres ahead at night. Further exterior styling details include alloy wheels that range from 19 to 22 inches in diameter.

Inside, the BMW X6 sports much the same cabin architecture as the closely related X5. That means a 12.3-inch digital control touchscreen in the dash, complemented by a 12.3-inch TFT instrument cluster as part of BMW's Live Cockpit Professional Operating System 7.0. This also includes a whole suite of driver assist and connectivity software, such as the BMW Intelligent Personal Assistant function. More prosaically, Vernasca leather upholstery is standard with Merino hide an upgrade option, sports seats are fitted to all models with multifunction chairs on the extras list and 2.5-zone climate control is the factory spec; four-zone climate can be ordered. A panoramic glass roof is 83 per cent larger than the old X6's, in terms of its clear-surface area, while Panorama Glass Roof Sky Lounge adds ambient LED lighting into said glass expanse. Also choose from crystal glass appliques for various interior controls, Welcome Carpet Light features and thermoelectric cupholders, which can keep drinks warm or cold as necessary.

All Mk3 X6s come with an eight-speed Steptronic automatic transmission and xDrive all-wheel drive with a rear bias; indeed, these coupe-SUVs can run purely in rear-wheel drive to save fuel if needs be. BMW BluePerformance tech on the diesels (particulate filter, oxidation catalyst, NOx adsorption catalyst and an SCR catalyst with AdBlue injection) means all new X6s meet the EU6d-TEMP emissions standard. An M Sport exhaust system is fitted to the M Performance models and will be an option on other X6s, or part of the M Sport package on M Sport models, while all variants get Dynamic Damper Control as standard. Options include twin-axle, self-levelling air suspension, active anti-roll stabilisation, four-wheel Integral Active Steering and an xOffroad Package, although we suspect low take-up on the latter.

The X6 will make its global debut at the Frankfurt Motor Show in September of this year, before going on sale in November.