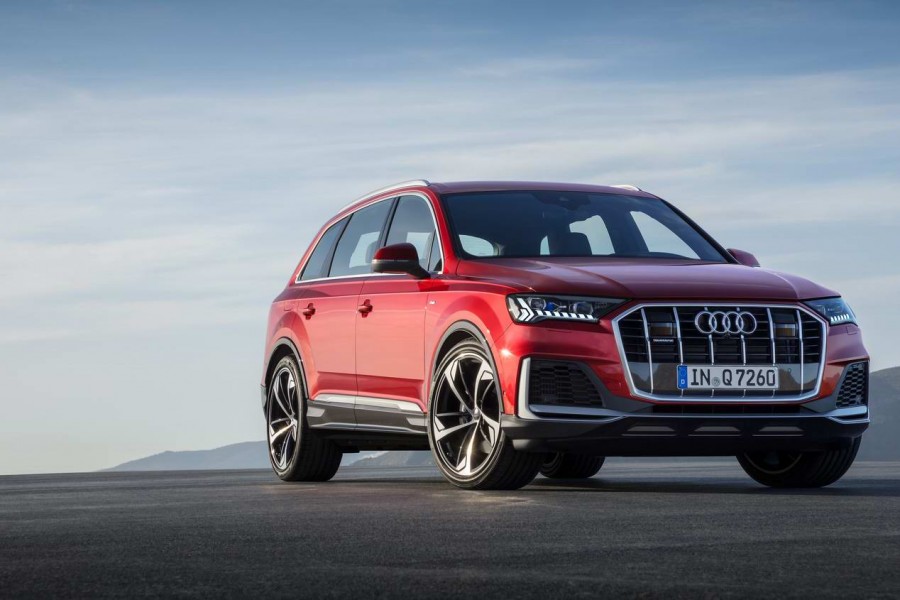 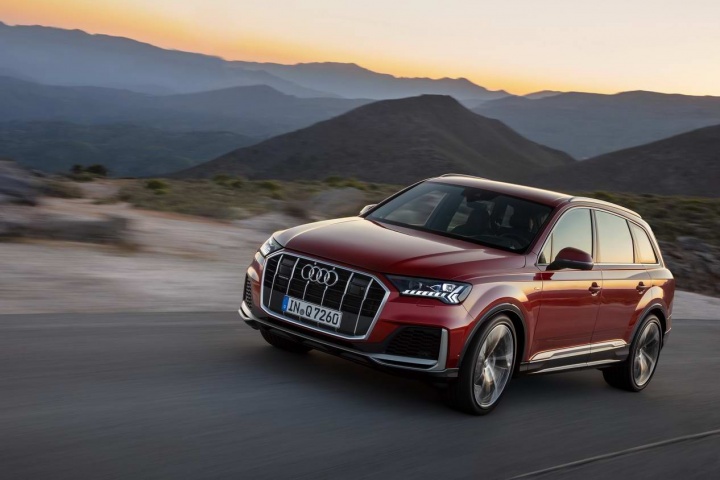 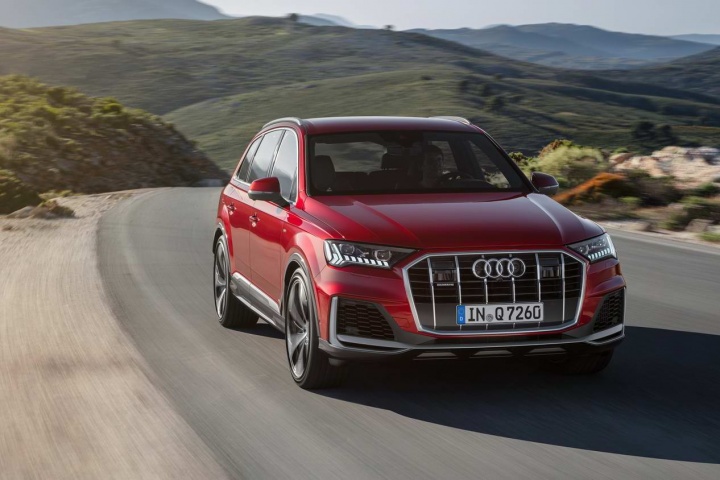 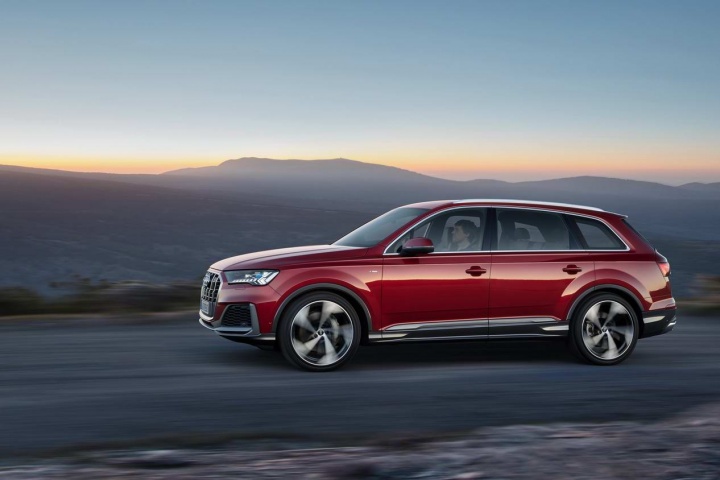 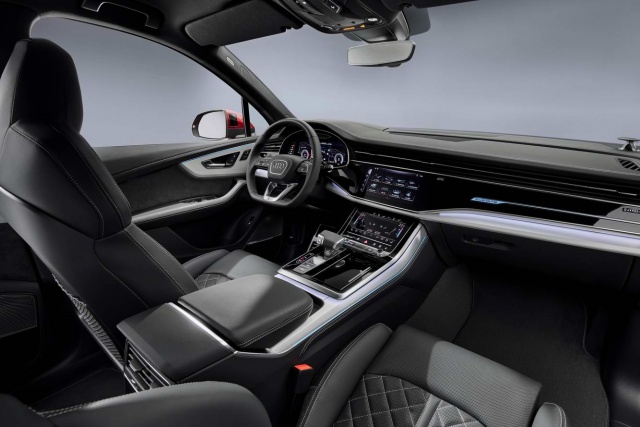 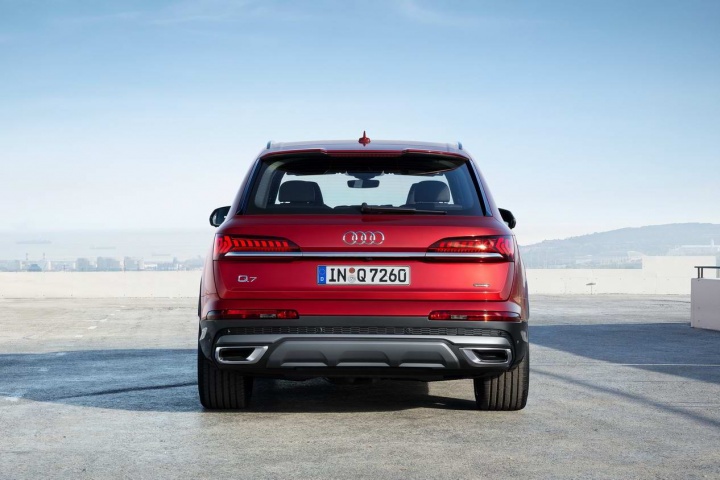 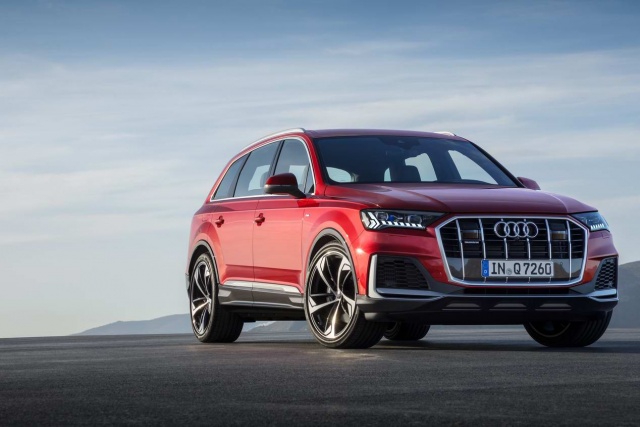 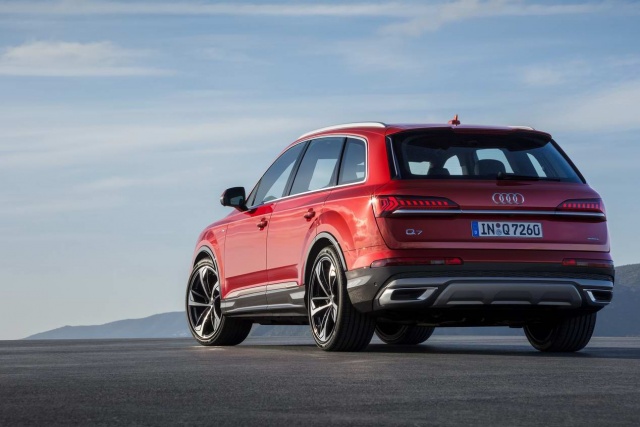 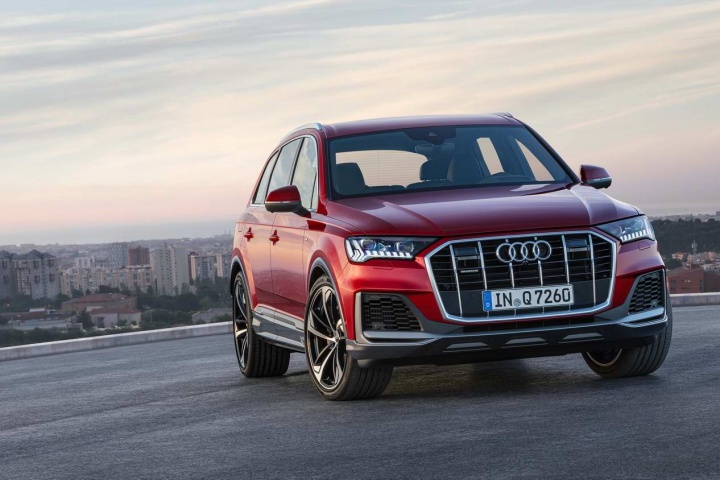 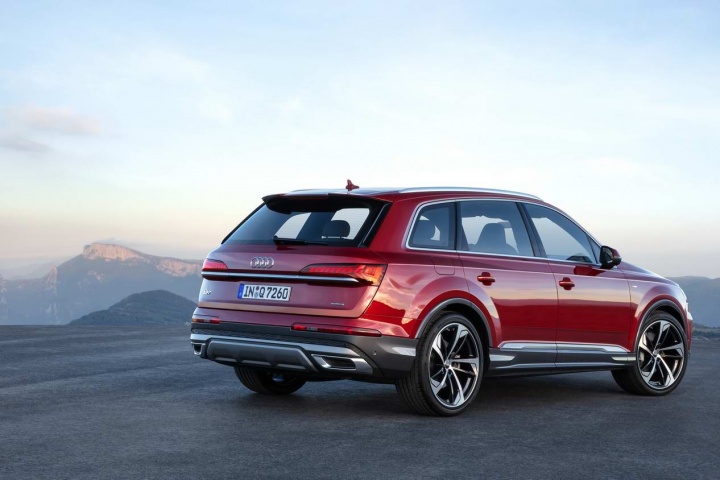 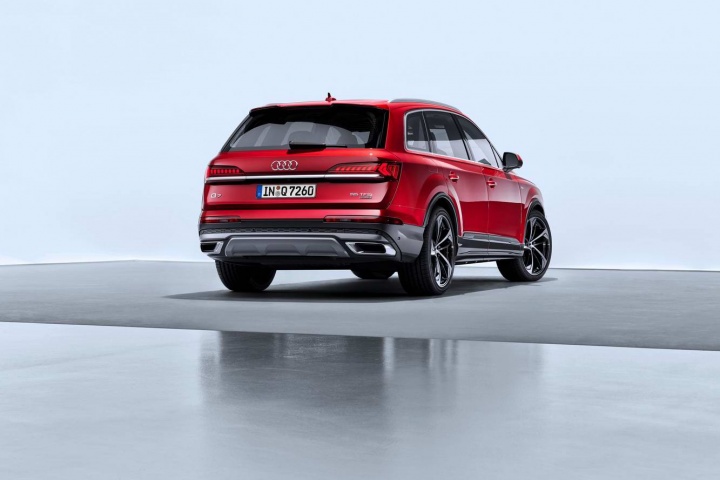 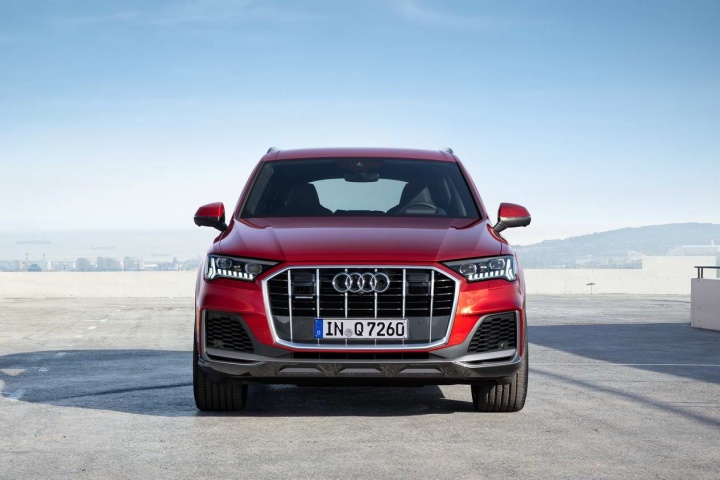 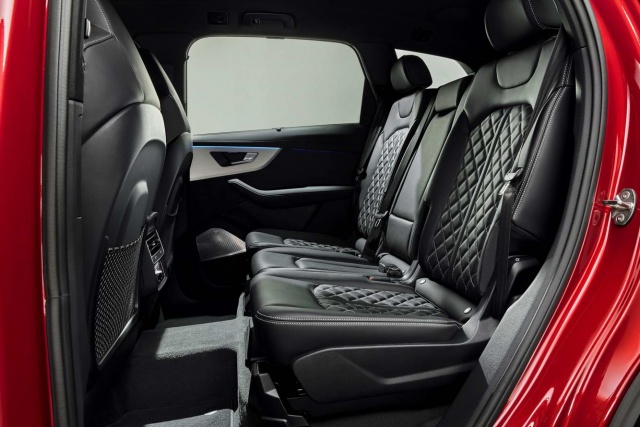 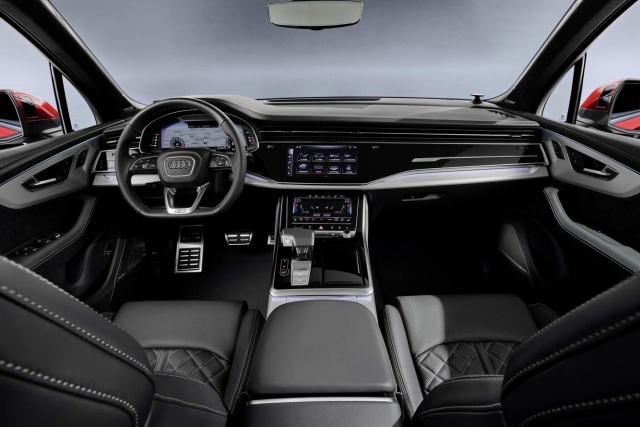 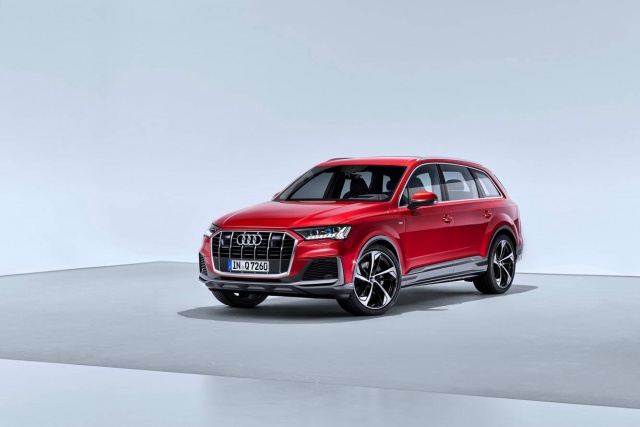 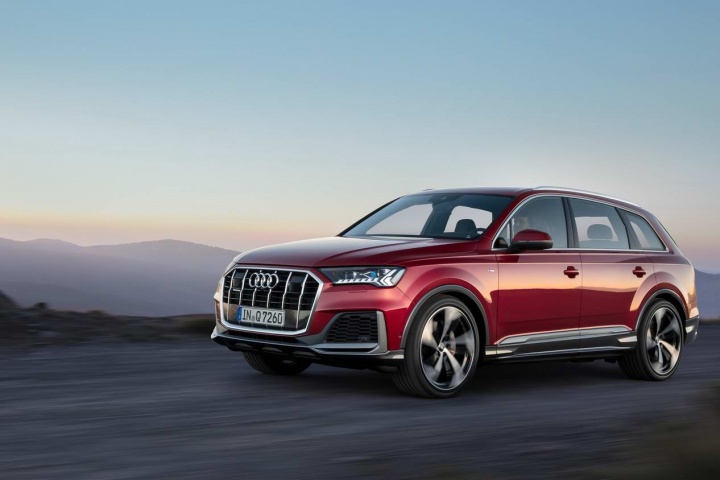 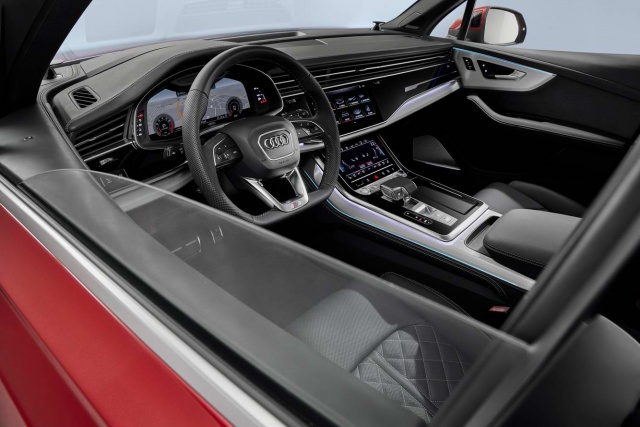 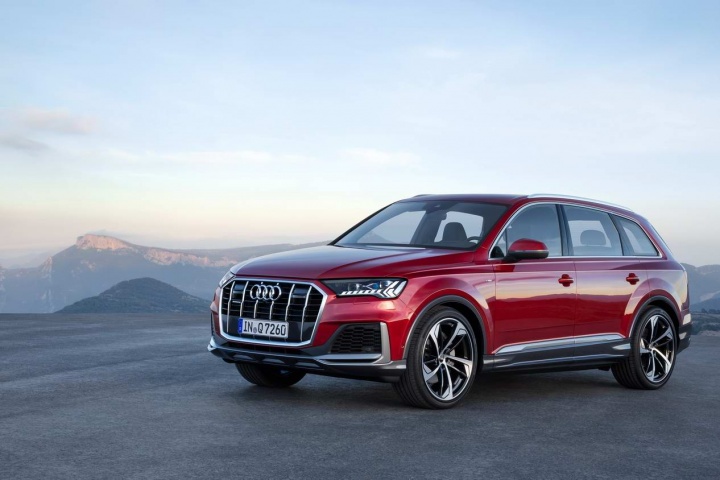 The exterior aesthetic has had a bit of work. The Singleframe grille now bears six vertical slats, which give the front-end of the Q7 more definition, while the front air intakes and side sills have been significantly redesigned. Fresh light clusters can be equipped with HD Matrix LED technology at the front, while at the back the lamp units are now joined by a full-width chrome strip. All Q7 models roll on alloy wheels of at least 19 inches in diameter.

Outside, the Q7 has grown 11mm longer thanks to the redesign, but the interior is the same size as ever. Although... Audi seems to have liberated some room in the boot. Outright carrying capacity is up to 2,050 litres, when it previously maxed out at 1,955 litres; there is a five-seat Q7 option on the continent, but here in Ireland it is expected that the SUV will continue to be offered with seven seats only. Standard equipment includes an electric tailgate and the option of having foot-activated gesture-control opening as well.

The main news in the cabin is the adoption of the three-digital-screen cabin layout. This has reordered the Q7's fascia and it looks good. Connectivity levels are high, as you would expect of this brand, with LTE Advanced, a Wi-Fi hotspot, voice control and the Audi Connect portfolio of apps. Ambient lighting highlights all the contours of the cabin at night and buyers can choose from four-zone climate control, power-close doors, a Bang & Olufsen 3D Advanced Sound System and the Air Quality Package with fragrancing and an ioniser. The Q7's adaptive cruise control has also been enhanced with Traffic Jam Assist and Active Lane Assist, as well as Emergency Assist - if the driver is rendered inactive, the system brings the Audi to a stop and initiates protective and rescue measures.

Audi will offer the adaptive and active anti-roll system seen on the SQ7 performance model on all Q7s post-facelift, while all-wheel steering will also be an option. The seven-seat models get air suspension as standard and S line variants have a 'sport' version of this system, which lowers the ride height by 15mm. Audi says a choice of two diesel engines will be available at launch, both of which are teamed to a mild hybrid electrical system (making the Q7 a MHEV), an eight-speed automatic gearbox and, obviously, quattro all-wheel drive.

The facelifted and enhanced Audi Q7 will launch across Europe in mid-September.