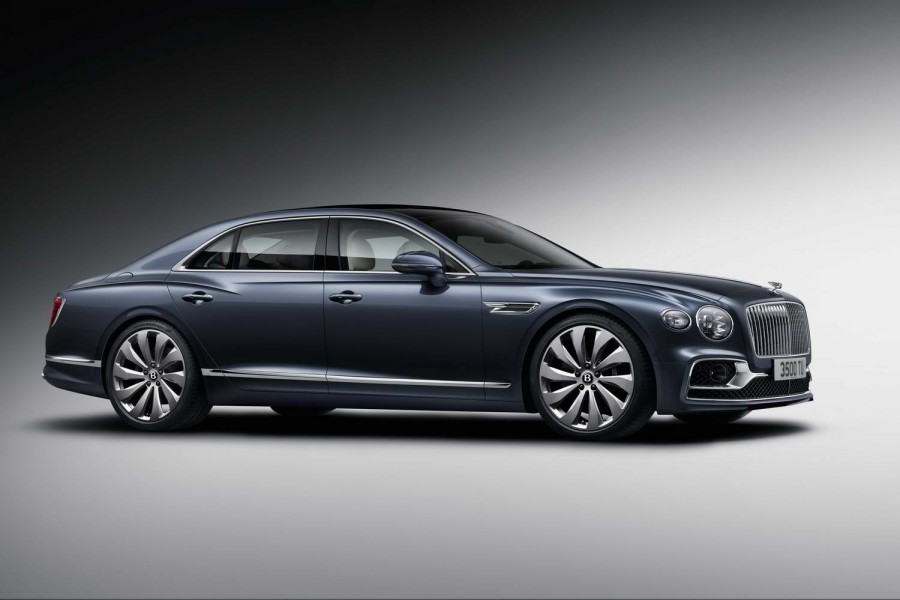 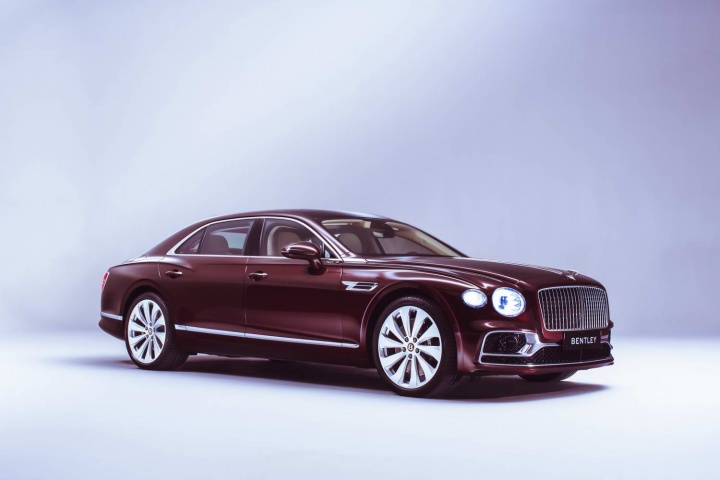 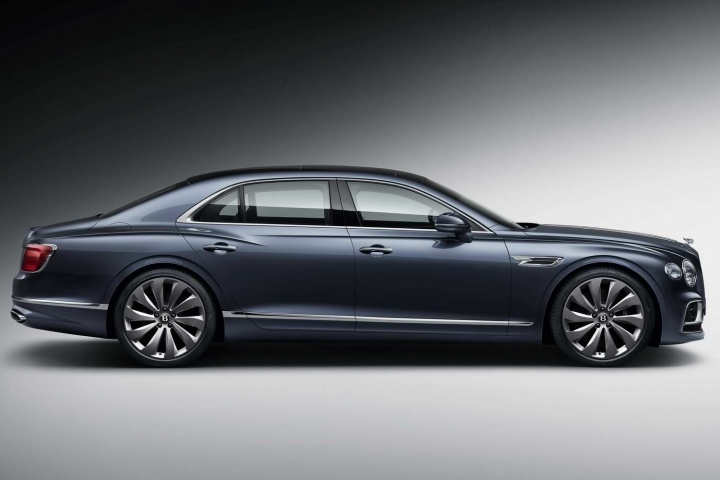 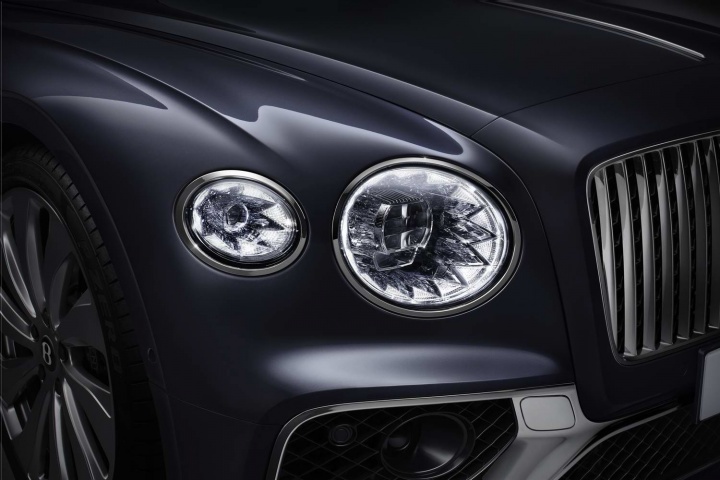 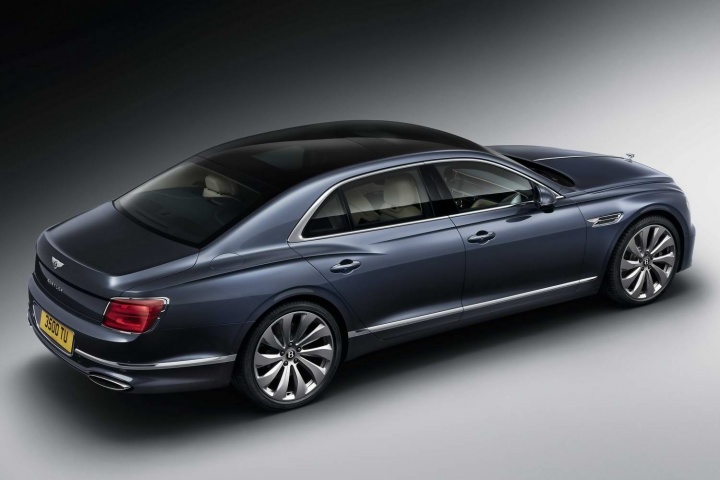 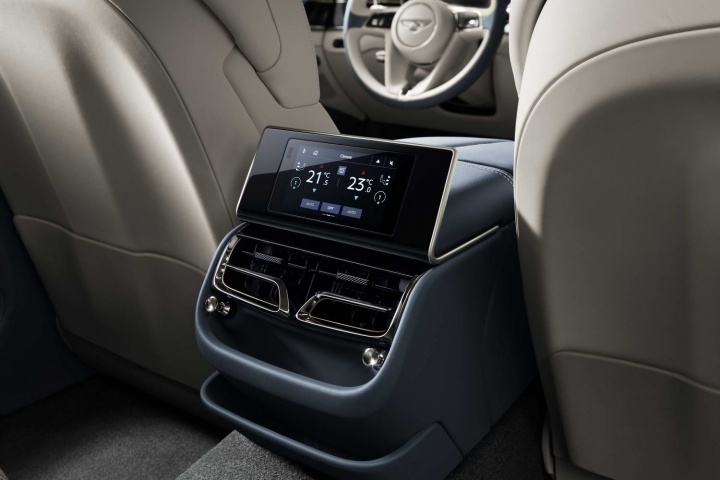 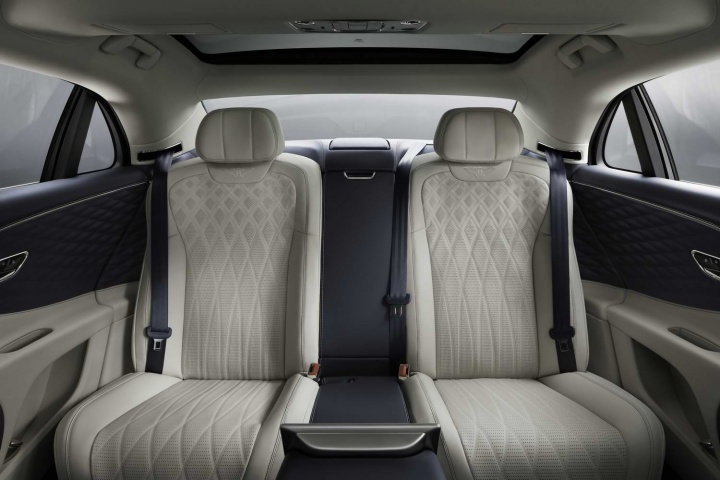 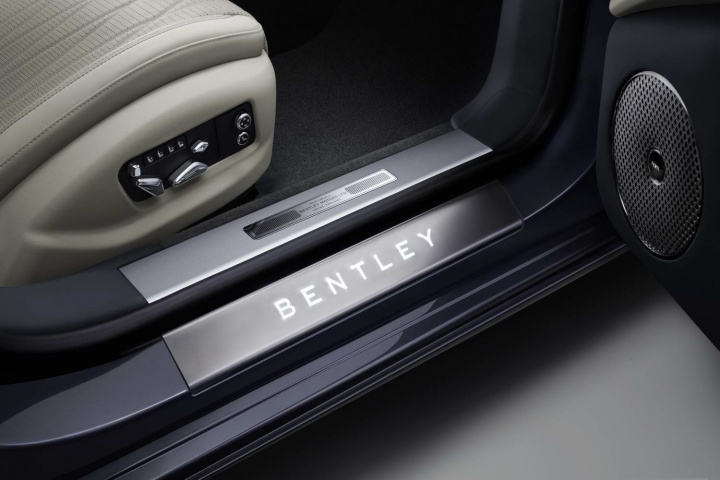 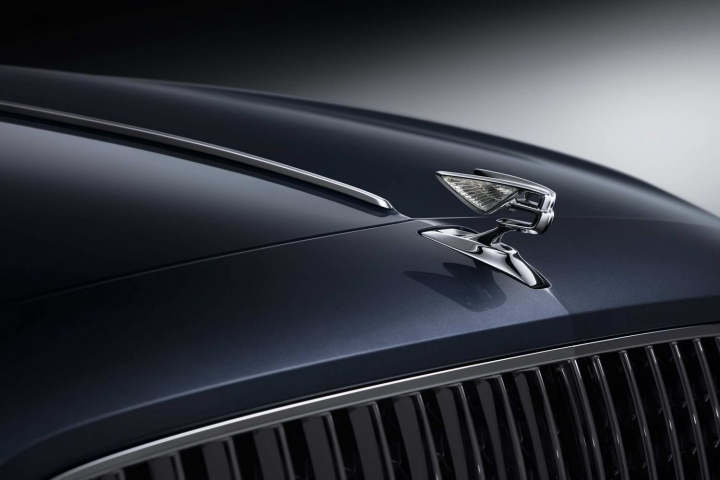 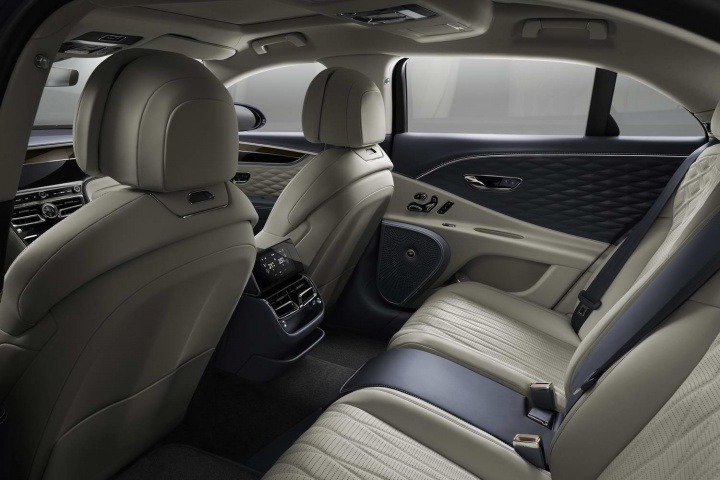 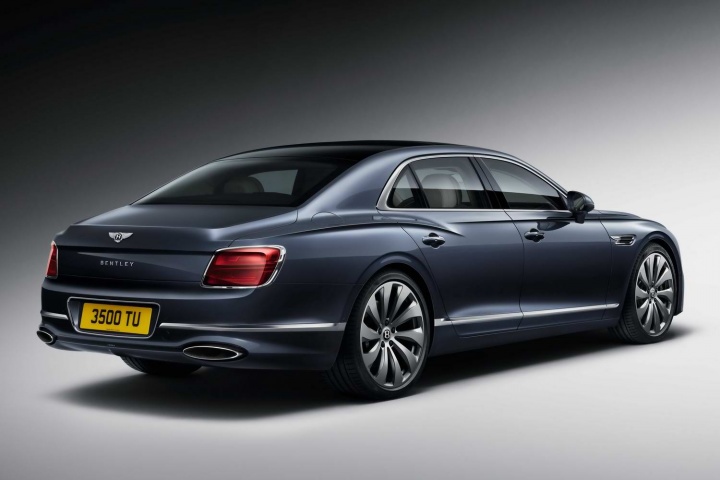 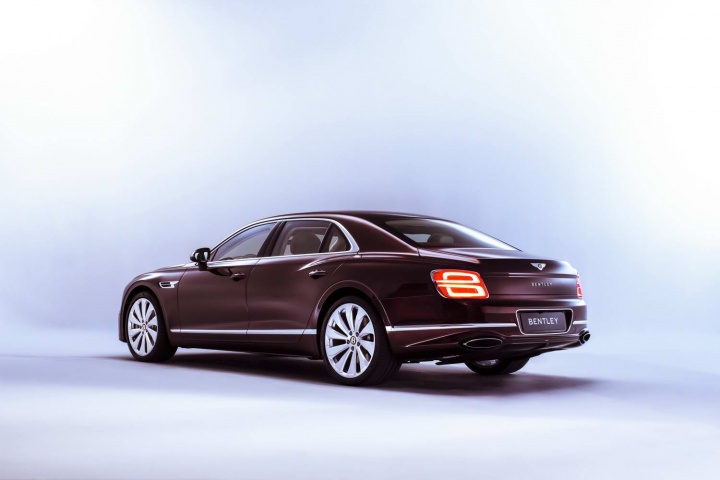 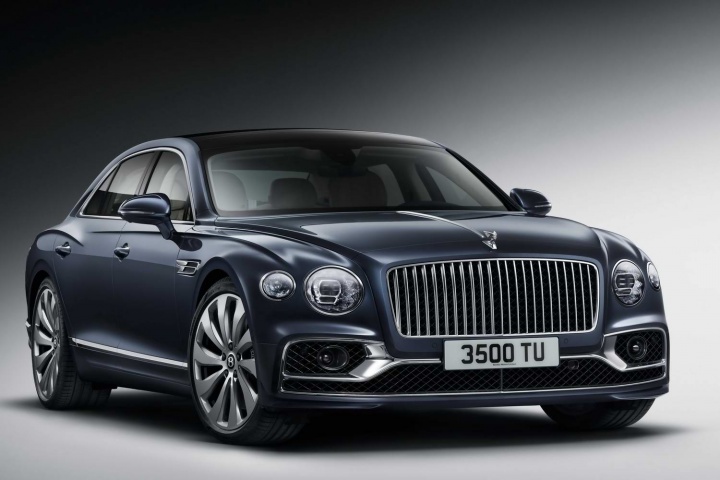 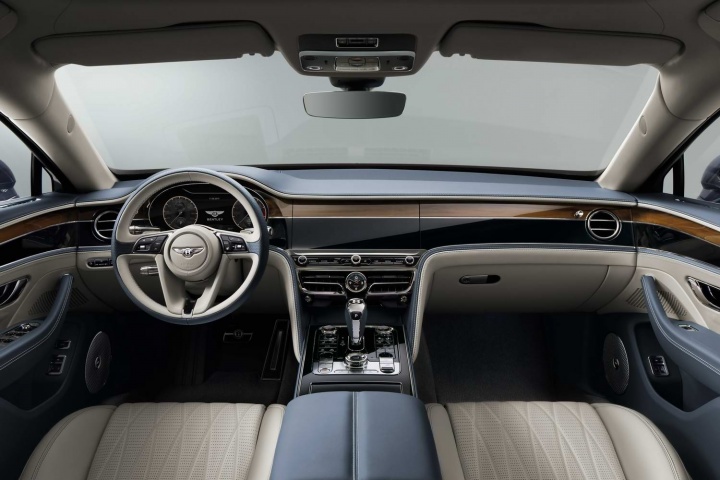 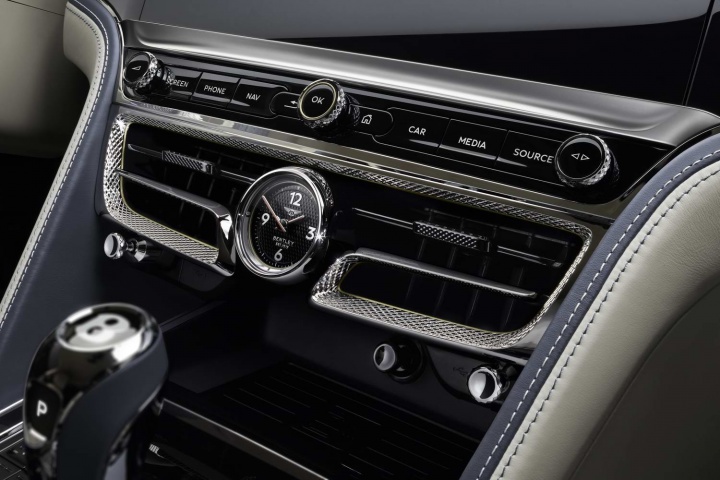 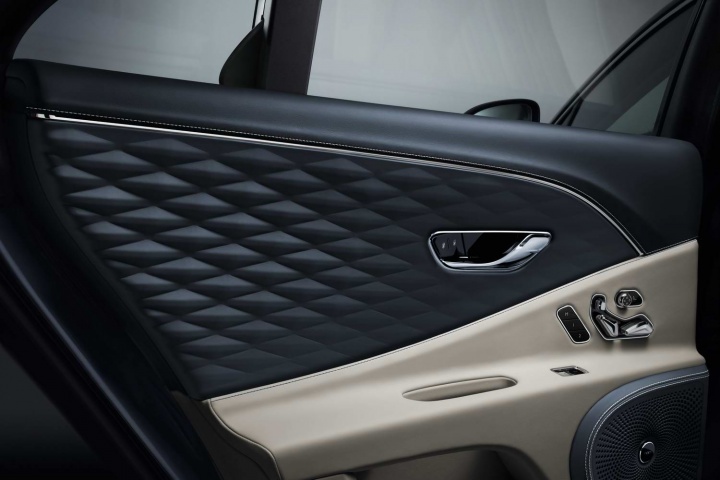 New four-door Bentley 'owes only its name to its predecessor.'

Bentley has revealed its third generation Flying Spur saloon, but while its styling is - fairly - evolutionary, Bentley claims that under the skin, the new car "owes only its name to its predecessor."

"As with the launch of the Continental GT, the new Flying Spur is a ground up development that pushes the boundaries of both technology and craftsmanship to deliver segment-defining levels of performance and refinement," comments Adrian Hallmark, Chairman and Chief Executive of Bentley Motors.

Underneath that bodywork, which essentially copies and pastes the face of the current Continental GT coupe onto a four-door shape, there's a platform that owes much to Porsche's Panamera, plus a new 48-volt mild hybrid system that, for the first time, starts to nudge Bentley's saloon range into the electric age.

That 48-volt system helps to power a range of new high-tech systems, including four-wheel steering (the first time such a thing has ever been used on a Bentley) and a new active suspension system called Bentley Dynamic Ride - a new three-chamber air spring setup that "allows a much greater range of suspension adjustment between limousine-style ride comfort and sporting levels of body control."

Also on board are such niceties as Traffic Assist, City Assist and Blind Spot Warning. Night Vision and Head Up Display help the driver focus on the road ahead, while Top View Camera gives an eagle-eyed view of the car and its immediate surroundings, complemented by reverse traffic warning and self-parking features, alongside Matrix LED headlights with a 'cut glass' appearance and a chrome sleeve that makes them "sparkle, even when not lit."

Underneath, the chassis uses a combination of superformed aluminium and high-strength steels (as used by the Continental GT) for high stiffness but lower weight. It uses 21-inch wheels as standard, but 22-inch 'Mulliner' wheels are an option. Other styling touches include a 'Flying B' bonnet mascot that folds away and a radiator grille with a mixture of gloss black, chrome and vertical vanes that harks back to the original 1957 Bentley S1 Continental Flying Spur.

Inside, the architecture is basically the same as that of the Continental GT, but with some small styling tweaks to make it feel more unique. Thankfully, the three-sided rotating centre panel - which allows you to swap between plain wood, a massive digital touchscreen, or three analogue dials (Bentley dubs this a 'digital detox') is present and correct.

The old 'bullseye' centre vents are gone (don't worry, they're still there on the outer edges of the dash) and there's bronze-effect work around the radio panel and centre console. The doors get 'three dimensional' quilted leather panels, there's the usual diamond knurling effect on metal parts and the dash can be finished in a gorgeous Crown Cut Walnut, if you like.

As with the Continental GT, the W12 engine is now mounted lower down and further back for improved handling, while the eight-speed automatic gearbox is claimed to now shift faster and more smoothly. There's standard four-wheel drive, which in Sport mode is rear-biased for sharper dynamics. The four-wheel steering should do the usual trick of making the Spur feel more agile in low-speed situations and more stable at higher speeds.

The Bentley Dynamic Ride is basically an active anti-roll-bar system that can allow the suspension a little more room to breathe when tackling poor road surfaces, but clamps everything down for flat cornering when you're pressing on.

To keep all of that power and weight in check, Bentley claims that the Flying Spur has the largest iron brakes of any car in the world, with a diameter of 420mm.

All of that not enough? Don't worry, you can choose from a near-endless list of 'Mulliner' personalisation options, including those bigger wheels, special colours, 'Lofted Diamond Leather Quilting' upholstery for seats, embroidered wings for all seats, sports pedals and jewelled-finish fuel filler and oil caps, and even a world-first, solid wood, three-dimensional diamond quilted door insert, exclusively available in open-pore walnut.

Order books for the Flying Spur open in the autumn, and the first cars will be delivered in early 2020.