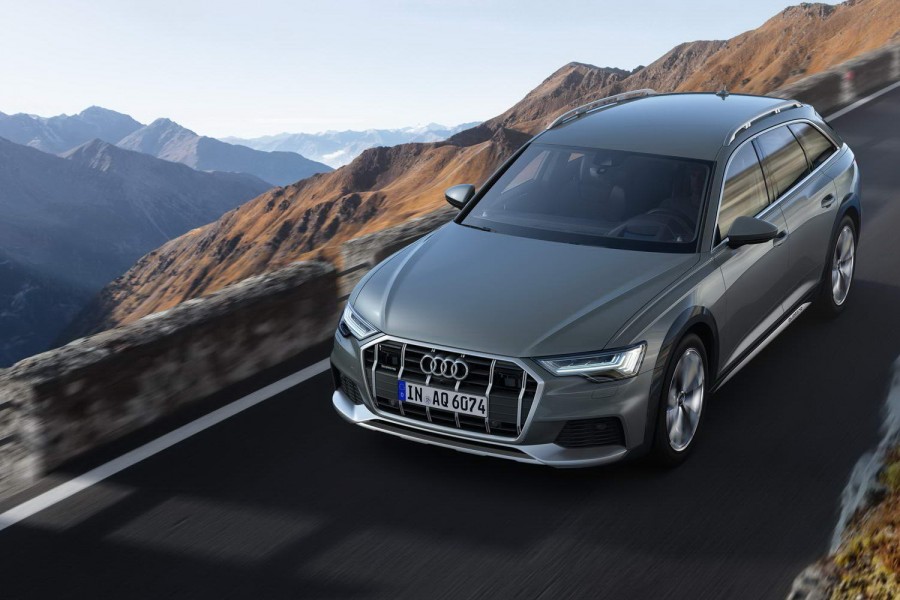 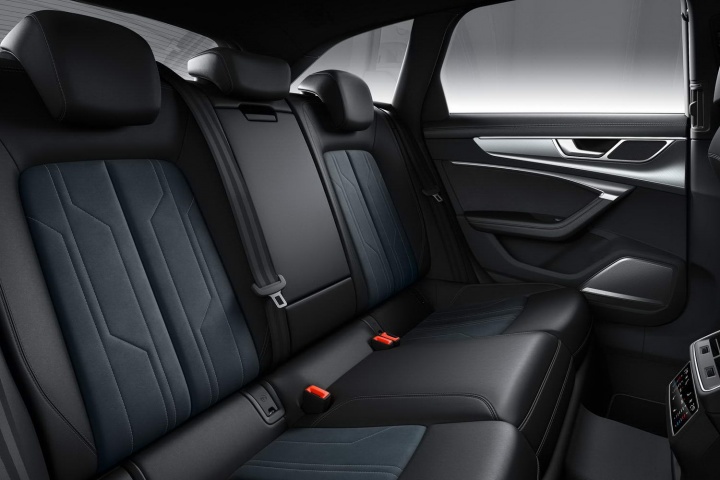 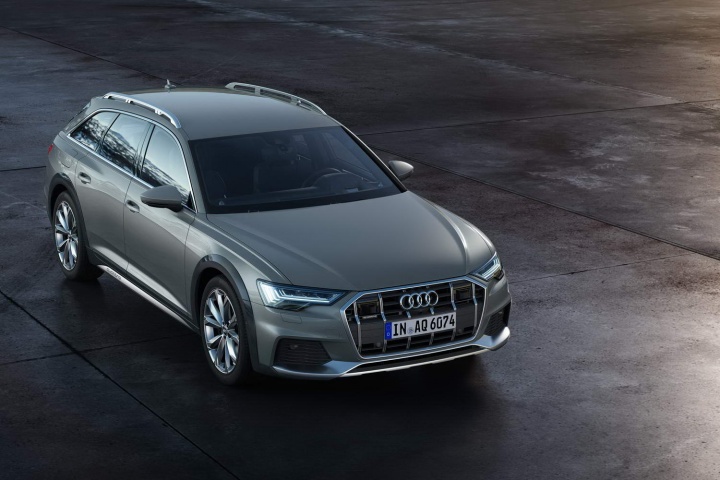 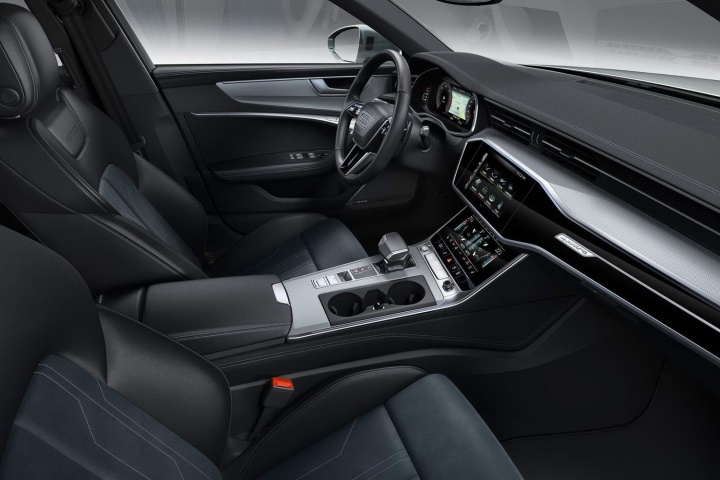 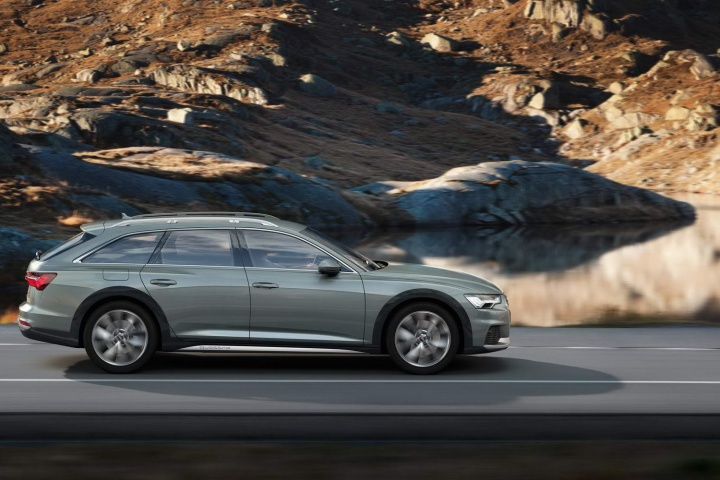 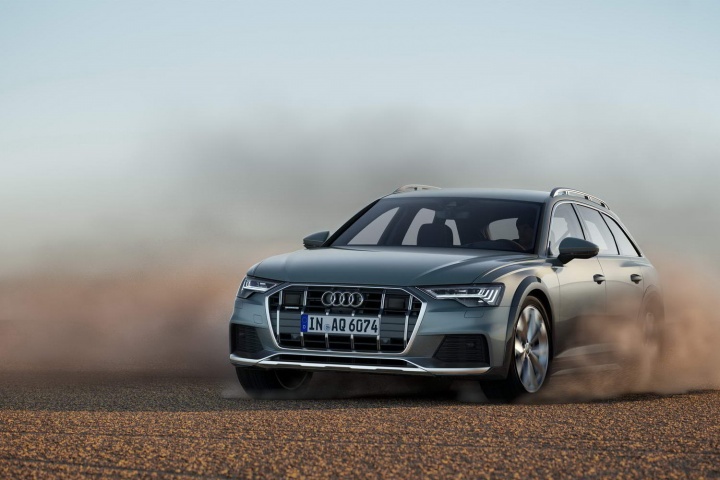 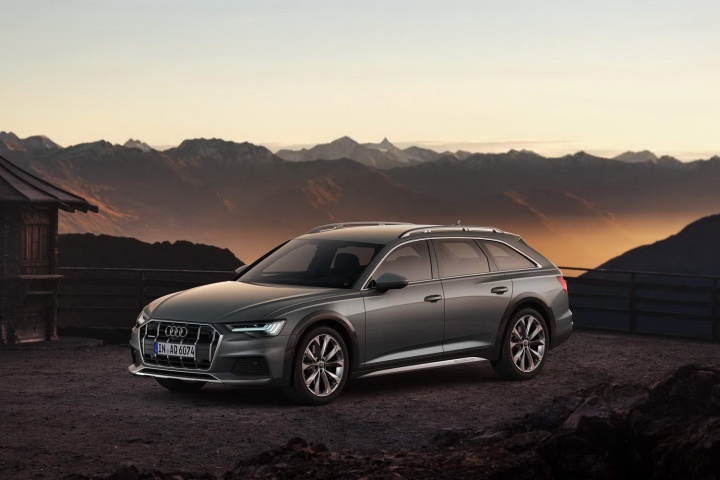 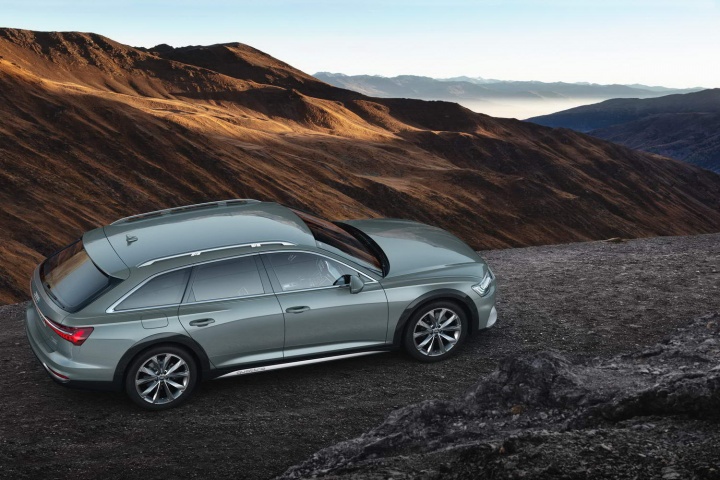 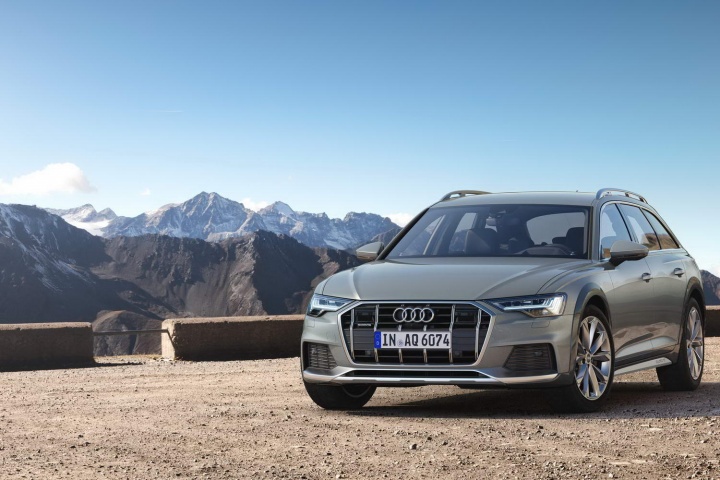 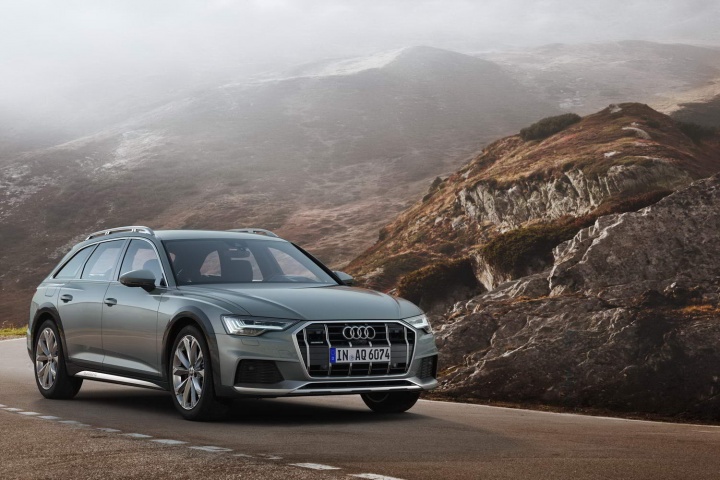 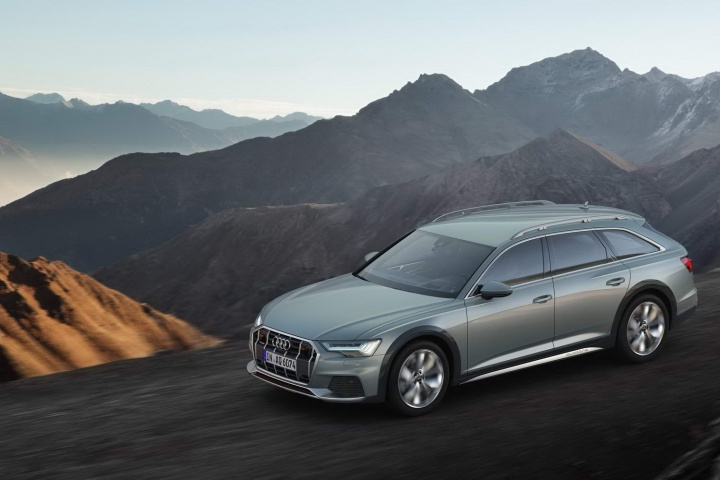 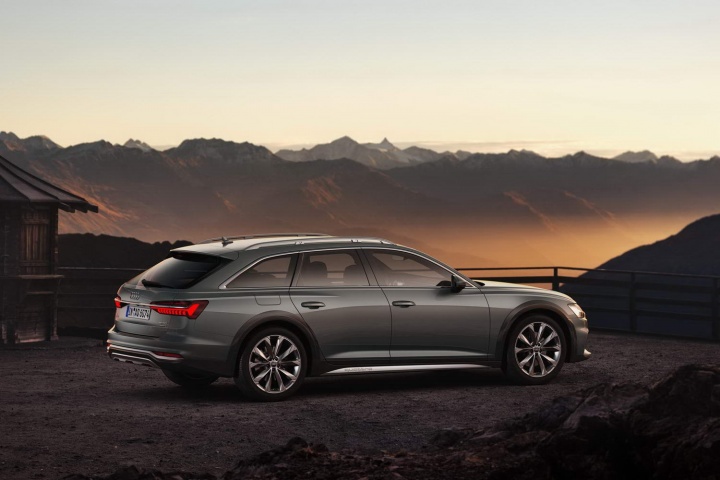 Believe it or not, this is the fourth generation of the Audi A6 allroad, a car which has been on sale for 20 years now. It's based on the current model A6 Avant and will go on sale across Europe later this month.

Big wheel-arch extensions, bolstered side sills, underbody protection front and rear, roof rails, a Singleframe grille with aluminium vertical struts... yup, the new A6 allroad looks smashing. The trim between the rear lights can be specified in a couple of colours, as can those wheel-arch spats: Scandium Grey is the standard finished, but they can optionally be finished in either body colour or Gloss Black. There are 11 body paints for the allroad, including the model-specific Gavial Green, which references a shade found on the original allroad of 1999.

Three colours are available for the cloth-and-part-leather standard seats, which are Black, Pearl Beige and Okapi Brown. The upgrade from here is Valcona perforated leather, while inlays in Graphite Grey can be replaced with one of two wood variants or an aluminium trim. Sports seats will be on the options list, as do special colour combinations and fine-grain birch wood finishes. Like any self-respecting A6, the allroad has the full three-screen MMI infotainment, with a 10.1-inch screen centre of the dashboard, an 8.6-inch item sitting below that (for climate controls and so on) and then the 12.3-inch Virtual Cockpit instrument cluster ahead of the driver. Fold down the 40:20:40-split standard rear seats and there's up to 1,680 litres of storage space, although - with a full complement of humans onboard - the boot can still swallow 565 litres. This means the allroad is no less practical than a regular A6 Avant.

Following Audi's incomprehensible number-badging system, there will be three versions of the A6 allroad quattro: the 45 TDI, the 50 TDI and the 55 TDI. Trying to decipher this for you, what it means in the simplest terms is that there is one 3.0-litre V6 turbodiesel powerplant available, which has either 231hp/500Nm (45 TDI), 286hp/620Nm (50 TDI) or 349hp/700Nm (55 TDI). That last engine is the one you'd find in an S6 Avant, which makes for the intriguing prospect of the softer, taller allroad being as quick as an S-model.

Beyond this, the A6 allroad quattro sits 45mm higher off the deck than the A6 Avant, with 139mm of ground clearance at its standard ride height. It'll adjust this aspect of its make-up according to road speed and the selected drive mode, so stick to less than 35km/h and it'll raise another 45mm, while Offroad Mode (covering speeds of up to 80km/h) mean it can sit 30mm higher than standard. Conversely, at highway speeds in excess of 120km/h, the allroad hunkers down by 15mm to improve aerodynamics. This adjustable and adaptive air suspension is complemented by Hill Descent Control and Tilt Angle Assist, while the allroad's powerful V6 TDI motors, quattro AWD and eight-speed Tiptronic automatic gearbox mean it can lug up to 2.5 tonnes of braked trailer. Options will include four-wheel steering and a sport differential.

Finally, the allroad, as with all other modern Audi TDIs, is a mild hybrid electric vehicle (MHEV): a 48-volt belt-alternator starter system saves up to 0.4 litres/100km, by recovering up to 8kW of power during braking to feed into a lithium-ion battery, as well as activating start/stop a speeds beneath 22km/h and coasting at higher velocities with low engine loads.

A special edition of the off-roading A6, called the '20 years allroad' model, will celebrate the Audi's anniversary from launch with specific Audi ring logos and mirror housings, exclusive 19-inch wheels and the Black Styling Exterior Package.