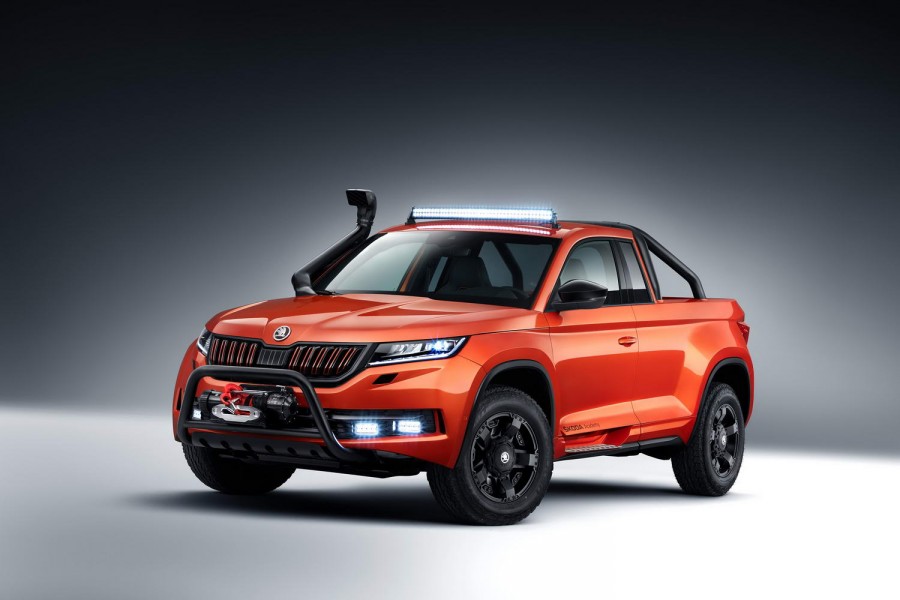 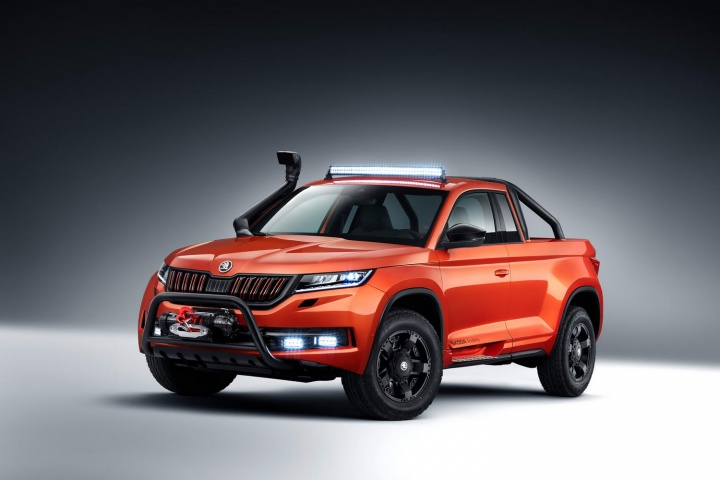 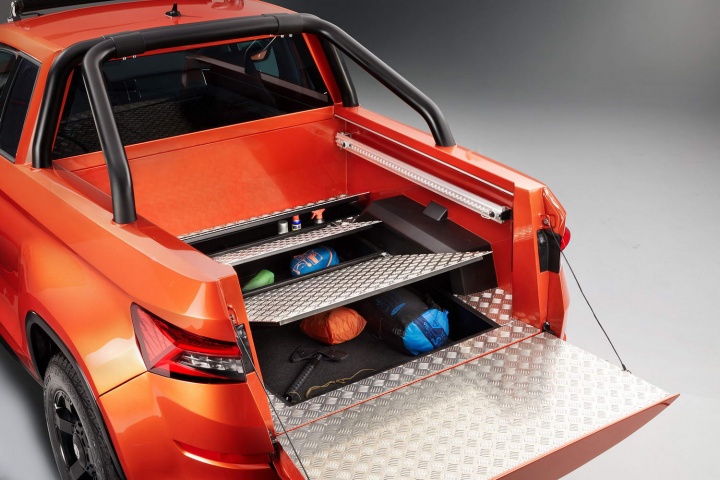 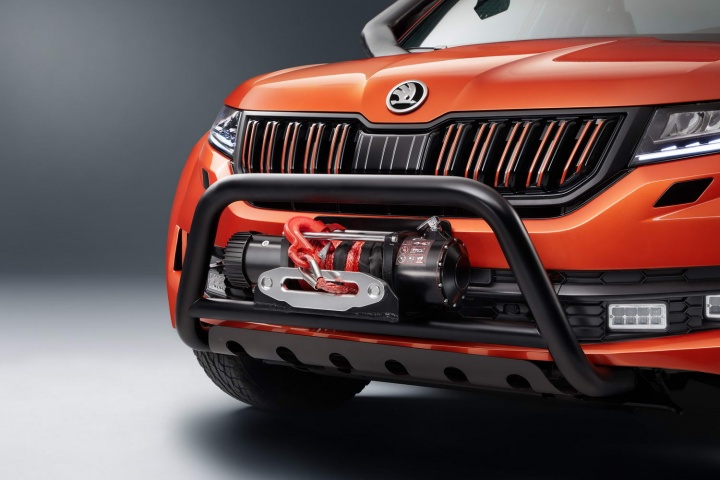 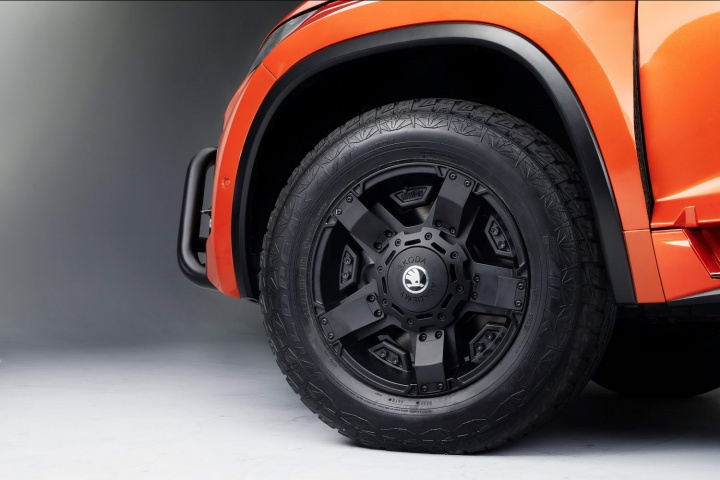 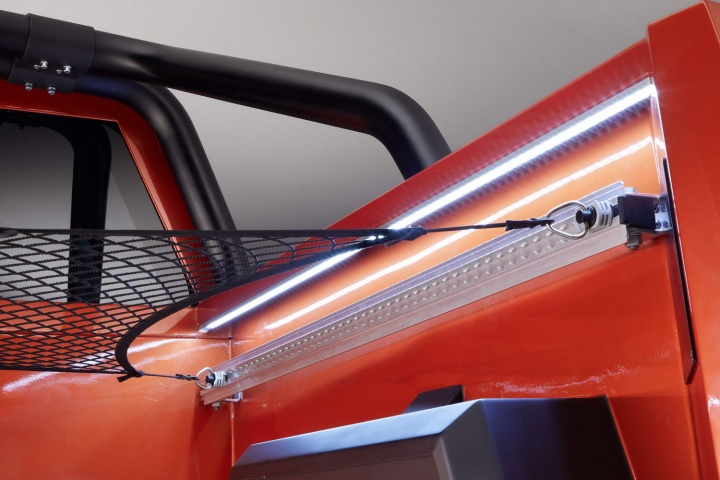 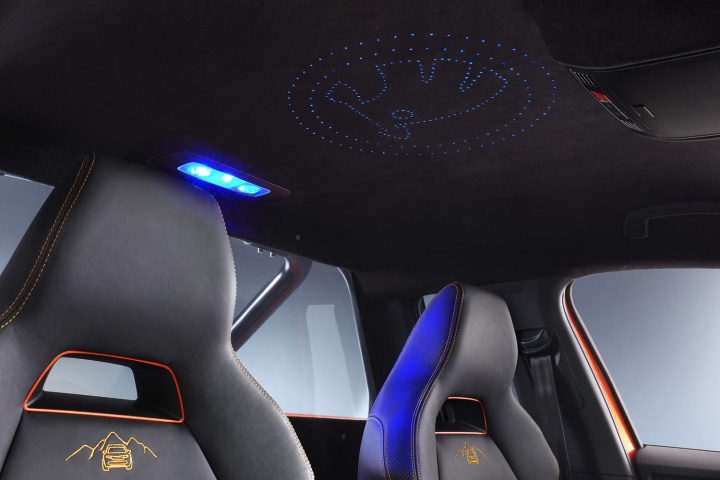 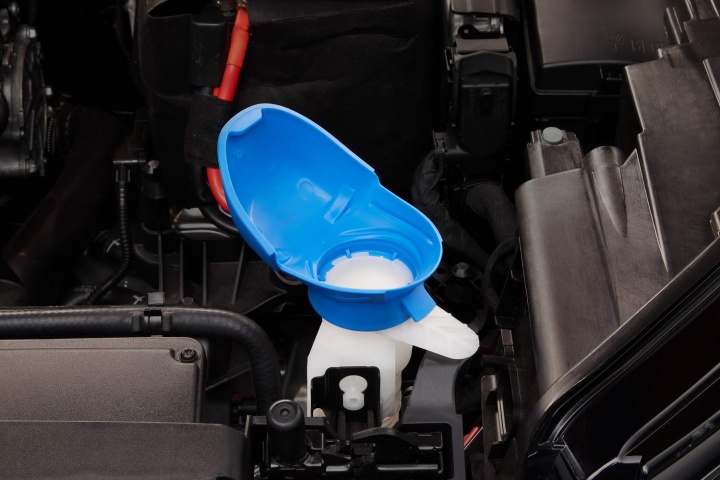 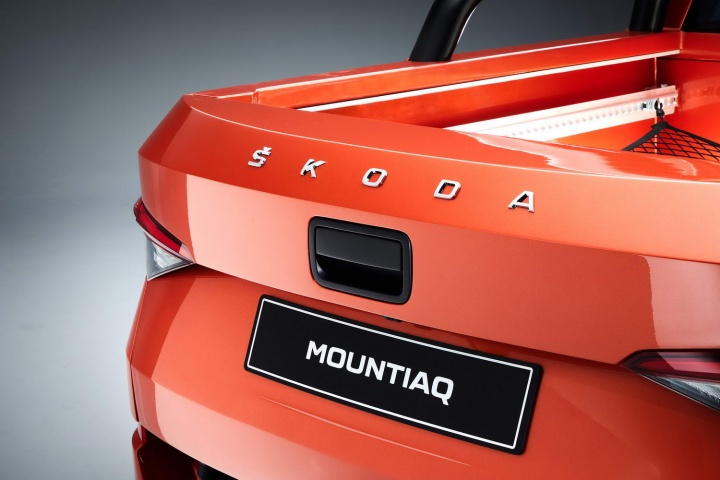 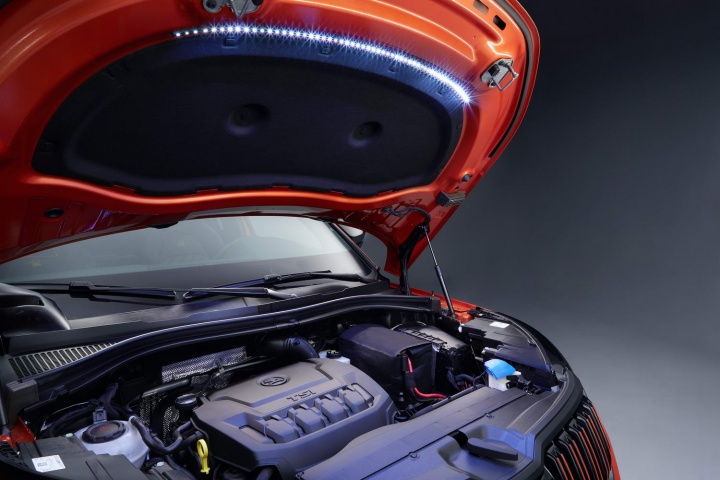 Unique Skoda Mountiaq made by apprentices.

This extreme looking pick-up is the Skoda Mountiaq, and it was designed and produced by 35 apprentices from the Skoda Vocational School. Each year a group of apprentices get to turn their hands to a one-off project, and this wild looking beast is the latest creation.

It began as a regular Skoda Kodiaq back in the autumn of 2018 when the first designs were drawn. The team of apprentices then set about removing the rear roof section and fabricating the load bay and new back window for the cab. Part of it becoming a pickup meant the two front doors being shortened and widened to accommodate the new body design. It is finished in an eye-catching Sunset Orange paint that was created especially for this project.

In comparison to the regular Skoda Kodiaq, the Mountiaq is just over a foot longer, measuring in at a hair's breadth under five metres. It receives a 123-millimetre increase in width while the ground clearance is 100 millimetres more than a Kodiaq Scout, to 29 centimetres. Part of that is down to the fitment of 17-inch Rockstar II wheels and dedicated off-road tyres with deep thread patterns that add 30 millimetres of track width. The new sills feature a cut-in step beneath the door to help cab egress.

The rear load bay features three hidden storage compartments in the floor along with numerous tie-down points. Its base uses a diamond plate floor that extends to the edge of the rear bumper. The same rear lights as the Kodiaq are incorporated into the tailgate that folds down, and it also carries the Skoda name across the top, as is the way the company now does on its newer models.

The interior also receives several neat touches. Along with an integrated refrigerator, there are walkie talkies and a glowing Skoda logo in the roof lining. Despite the utilitarian image, there's no lack of creature comforts inside the cabin. The sports seats are upholstered in leather, similar to those used in the Kodiaq RS, and they also carry the car's unique logo: the car's silhouette in front of a mountain. These are embroidered into the front seatbacks in an orange that matches the exterior paintwork. Similar orange highlights feature on the steering wheel and gear shifter.

Powering the Mountiaq is a 2.0-litre turbocharged petrol engine producing 190hp. A raised air intake snorkel feeds the engine, so wading through deep water shouldn't be a problem with this beast. The Mountiaq retains an all-wheel drive transmission and uses a seven-speed DSG gearbox. Other practical elements include protective bullbars on the front that wrap around a winch unit. Across the roof is a powerful LED lightbar that accompanies additional lighting for the load bay.

In total, it took the team of apprentices over 2,000 hours over eight months to complete the Mountiaq. Carsten Brandes, Head of the Skoda Academy, points out, "Like its predecessor models, the Skoda Mountiaq highlights the exceptional technical competence and craftsmanship of our students. Year after year, their work demonstrates the superior quality of the professional training at our vocational school."

There are no plans for this to become a production model, even though Skoda has produced vehicles like it in the past. We're huge fans of the Felica Fun here, and just maybe, it might get some in Skoda thinking about the possibility of introducing a pickup model in the future, perhaps sharing some technology from a future Volkswagen Amarok, which will be developed alongside the next-generation Ford Ranger.