McLaren unveils its GT to the world 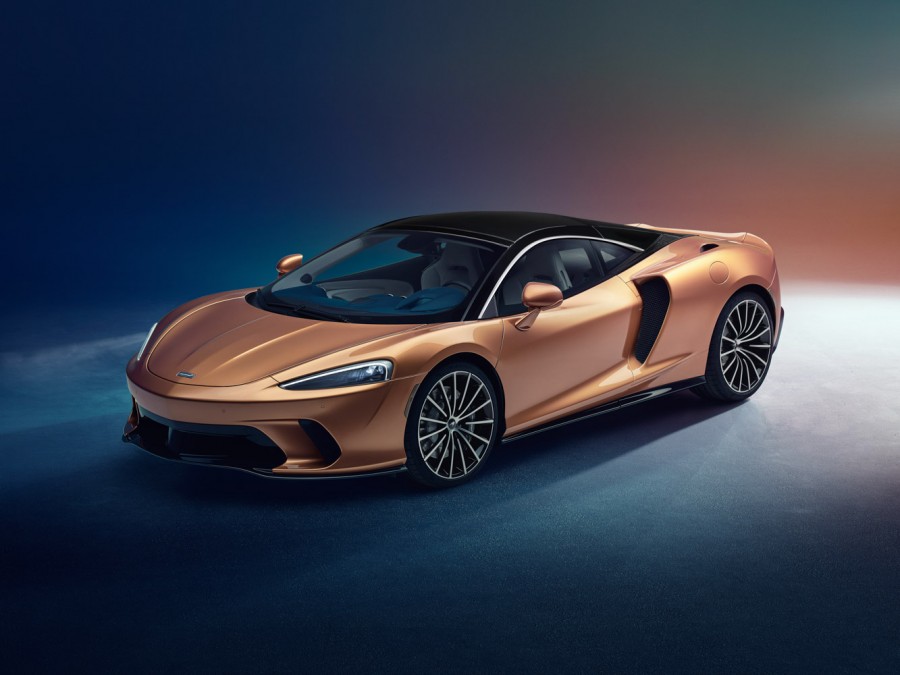 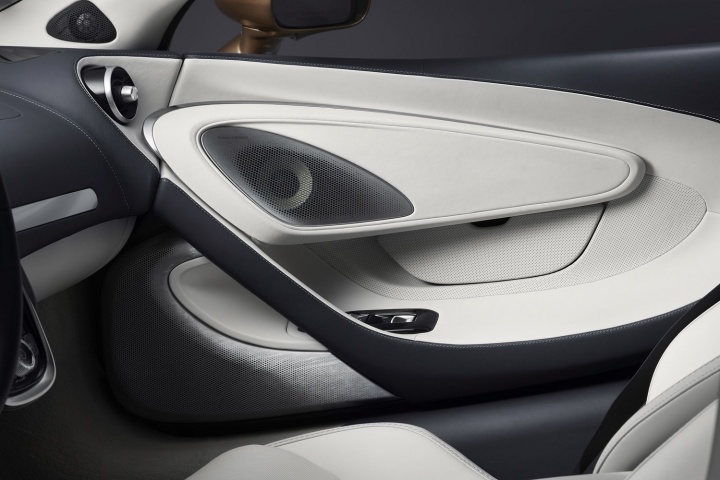 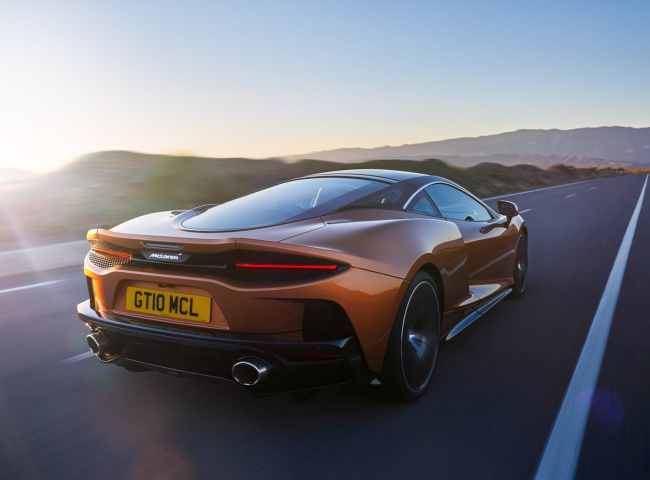 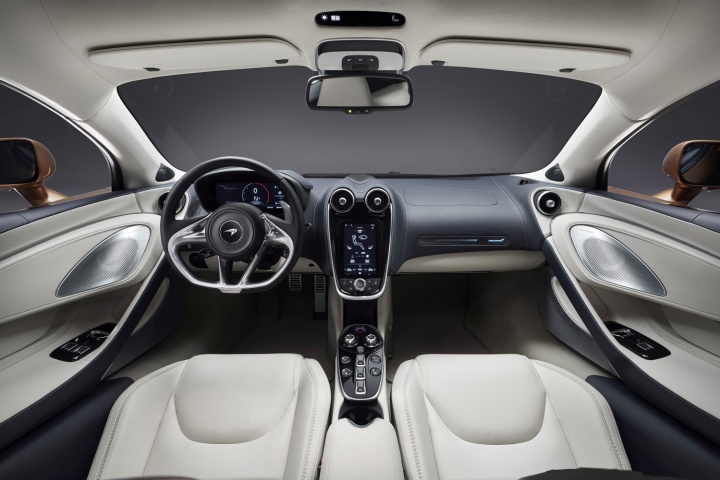 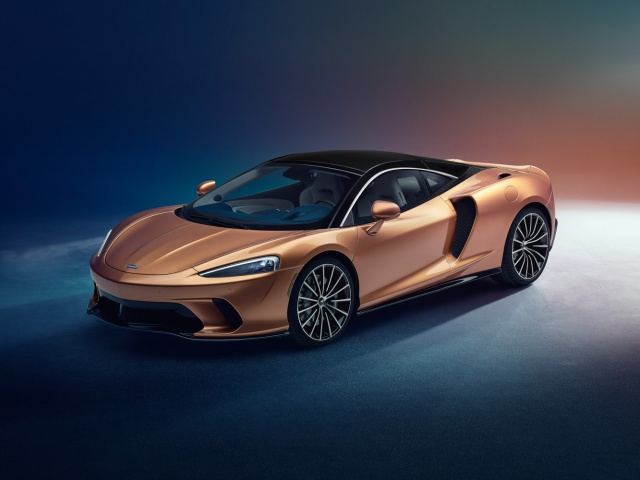 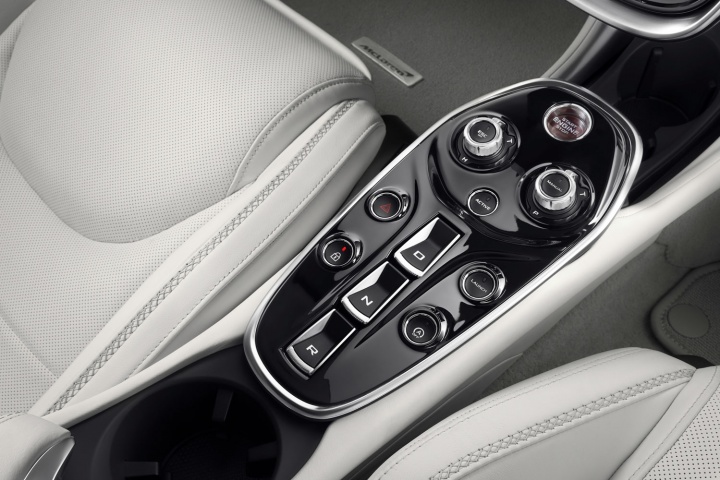 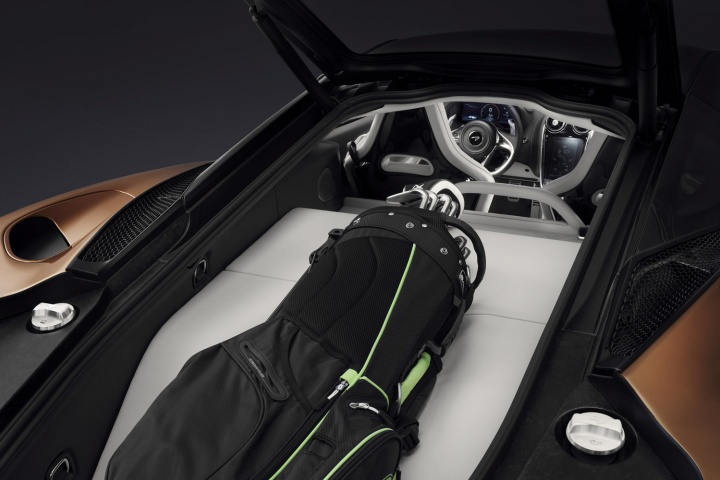 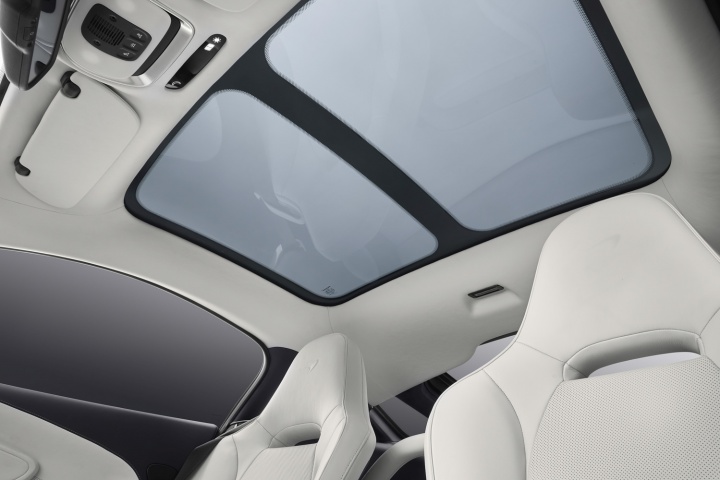 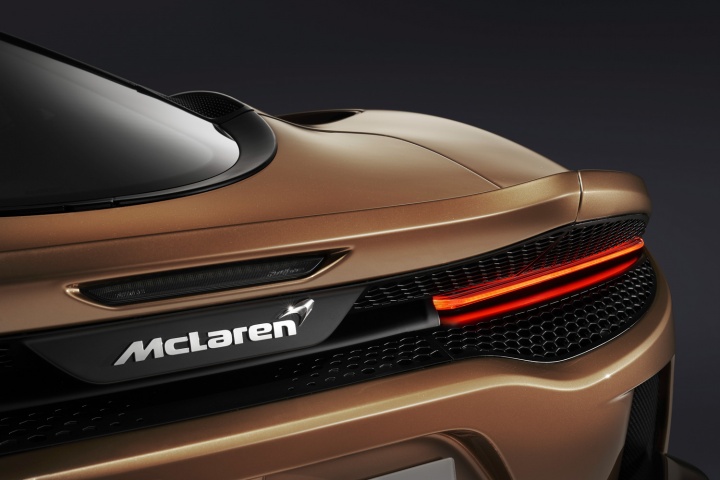 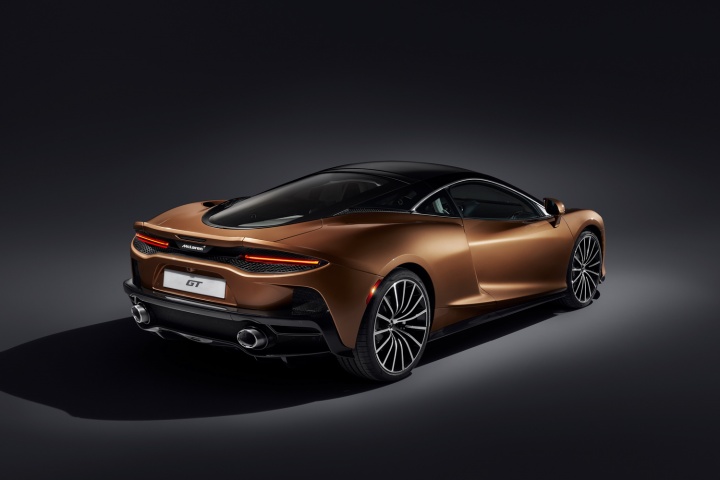 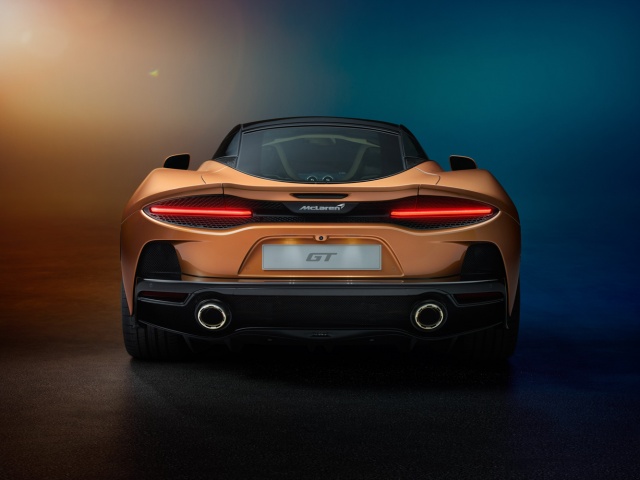 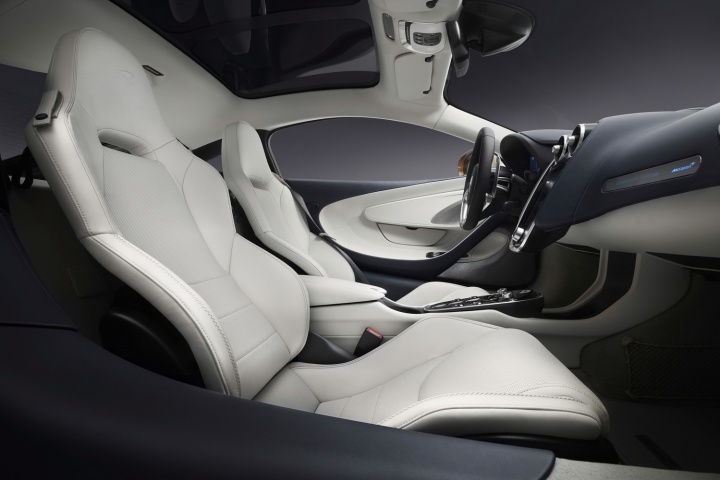 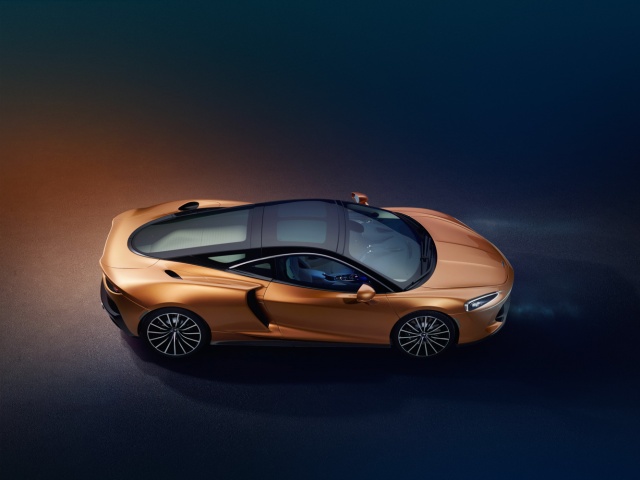 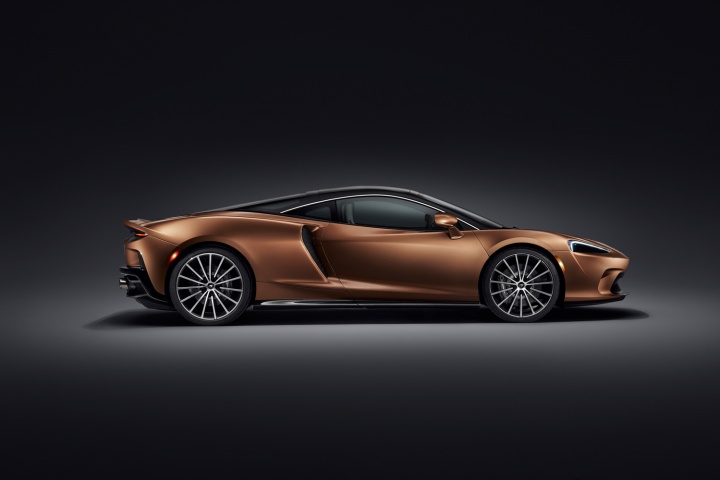 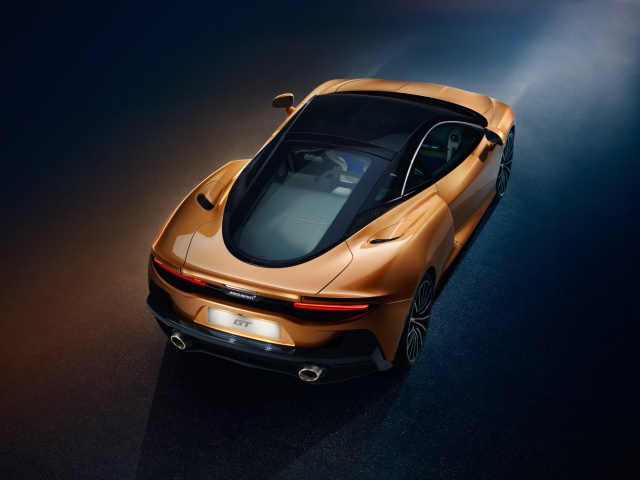 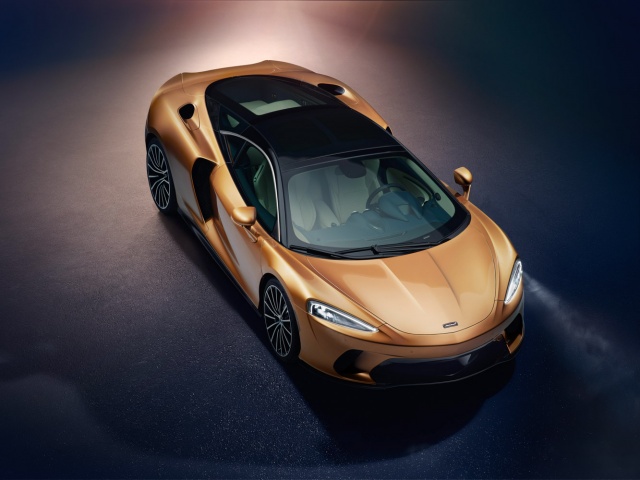 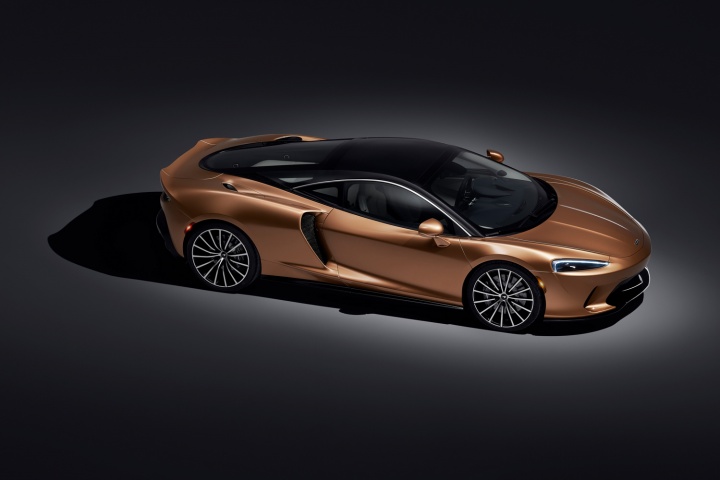 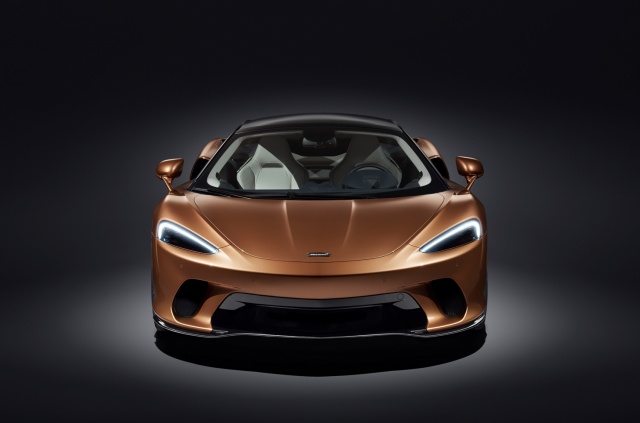 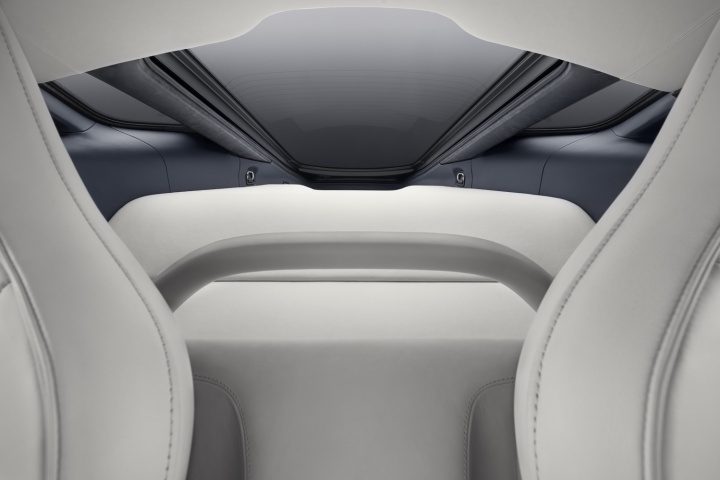 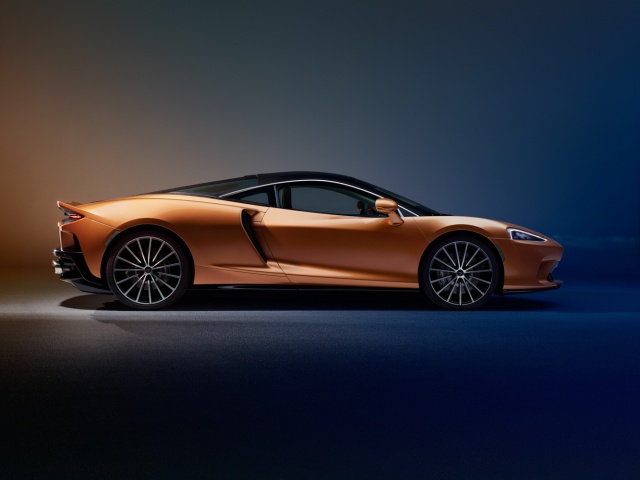 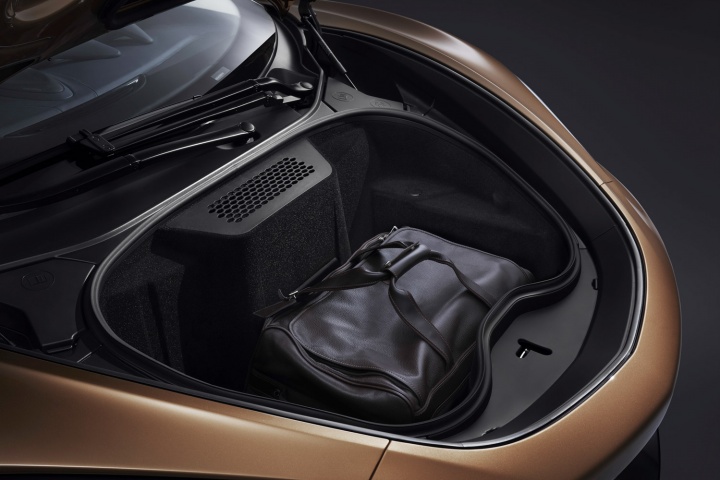 New McLaren GT is a 'super-light' grand tourer in the finest Macca traditions.

It's finally here! The much-vaunted McLaren grand tourer has arrived - and its name? Why, the McLaren GT, of course. Straight to the point as ever, Woking.

Like all McLarens, the GT has a carbon-fibre MonoCell II monocoque, this one gaining a '-T' epithet for Touring. It means the Macca clocks in at 1,530kg, making it super-light by the standards of modern-day grand tourers. Its long design means there's a 420-litre luggage area underneath that front-hinged, full-length tailgate (soft-close as standard, powered operation an option), but it's not just the capacity of the boot that's of interest - McLaren says it has shaped it to be able to take a golf bag or two pairs of 185cm skis and boots. With another 150 litres of storage in the 'frunk' (front trunk), then the McLaren GT can take a total of 570 litres of luggage onboard.

Elsewhere, the strength of the carbon structure allows for a bigger glasshouse, enhancing visibility and bringing more light into the cabin. The GT features dihedral doors which swing upwards, with a wider opening and lower sill aiding ingress/egress for the car's occupants. A lot of effort has gone into making the ambient refinement as high as it could be, so there are engine mounts which are half the stiffness of those in the 600LT to minimise structure-borne noise, while there's noise cancellation in the cabin for low-frequency sounds.

Measuring almost 4.7 metres long, the GT has bigger front and rear overhangs than other McLarens, but a ten-degree approach angle (13 degrees with vehicle lift engaged) means the car shouldn't ground out on speed bumps and car-park ramps. The GT also has 110mm of ground clearance, or 130mm with vehicle lift.

Despite being a grand tourer, the McLaren GT is a two-seater. Those chairs are streamlined, electrically adjusted and heated, and are said to be 'optimised for long-distance comfort'. Ambient lighting and an optional electrochromatic roof panel (the standard roof is carbon fibre) ensure the interior feels classy and elegant, while a 12-speaker Bowers & Wilkins premium sound system will be on the options menu too. Nappa leather is standard, with softgrain luxury hide or Alcantara being the upgrade choices, while McLaren claims the infotainment onboard the GT is the most sophisticated system it has offered yet. In front of the driver is a 12.3-inch TFT screen in the cluster, configurable to supplement various settings in the car.

McLaren positions the GT alongside the Sports, Super and Ultimate Series models, but while it focuses on comfort first and foremost, the new British machine is still super-quick. It develops 620hp from its 4.0-litre biturbo V8 engine, resulting in a power-to-weight ratio of 405hp-per-tonne. Designated M840TE, McLaren says this is a bespoke unit for the GT - where it delivers 630Nm from 5,500-6,500rpm; more than 95 per cent of this torque (around 600Nm) is available from 3,000-7,250rpm. Power goes to the rear wheels via a seven-speed SSG transmission.

Performance is, as a result, startling. The GT can run 0-100km/h in 3.2 seconds, 0-200km/h in nine seconds flat and will go on to 326km/h, where and when appropriate. All of the steering, suspension and brakes have been tuned by McLaren to a unique set-up for the GT, while there are three active dynamics handling modes: Comfort, Sport and Track. Pirelli P Zero tyres are fitted to wheels which are 20-inch items front and 21-inch alloys rear, making those on the back axle the largest ever fitted to a McLaren. High-performance brakes are equipped, a must for a car which can go beyond 320km/h.

"The new McLaren GT combines competition levels of performance with continent-crossing capability, wrapped in a beautiful body and true to McLaren's ethos of designing superlight cars with a clear weight advantage over rivals," said Mike Flewitt, CEO of McLaren Automotive. "Designed for distance, it provides the comfort and space expected of a grand tourer, but with a level of agility never experienced before in this segment. In short, this is a car that redefines the notion of a grand tourer in a way that only a McLaren could."

Darren Goddard, McLaren's GT vehicle line director, added: "The new McLaren GT delivers the dynamic performance and driving exhilaration expected of a McLaren but is also an exceptionally refined vehicle. We're particularly proud of the Proactive Damping Control suspension, which utilises the next generation of our pioneering Optimal Control Theory to deliver levels of ride comfort that better all previous McLarens. Overall, the breadth of ability demonstrated by the new McLaren GT - especially its everyday usability - is truly remarkable."

The McLaren GT is available to order now, with a price in the region of €300,000 most likely. Deliveries will start at the end of this year and further details can be found on the McLaren website.

Published on May 15, 2019
Written by Matt Robinson