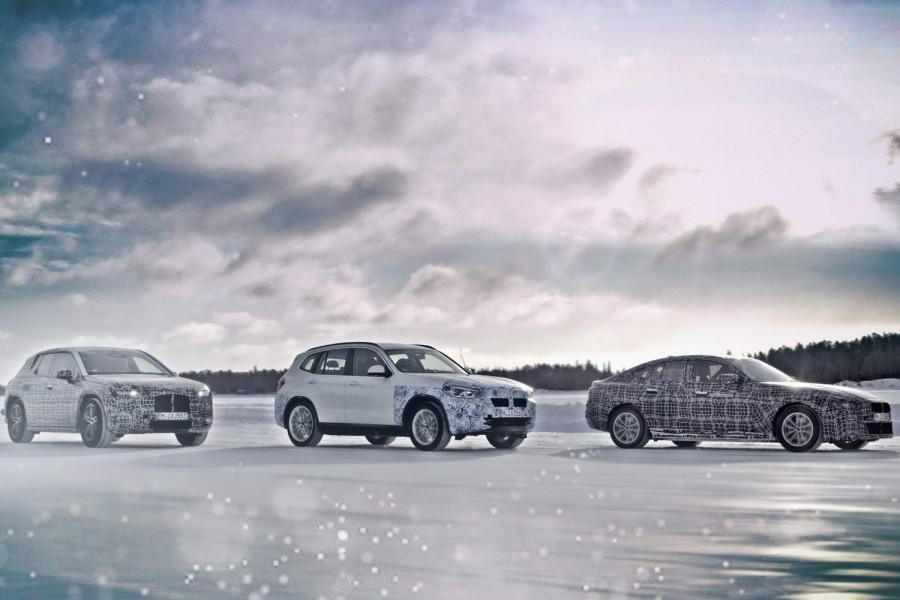 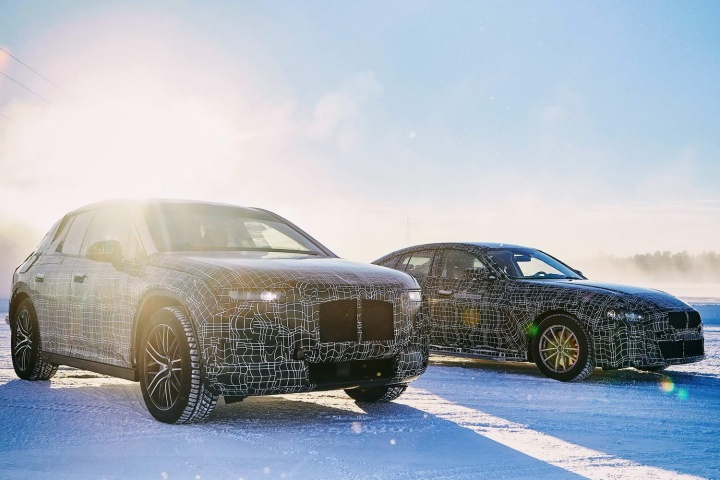 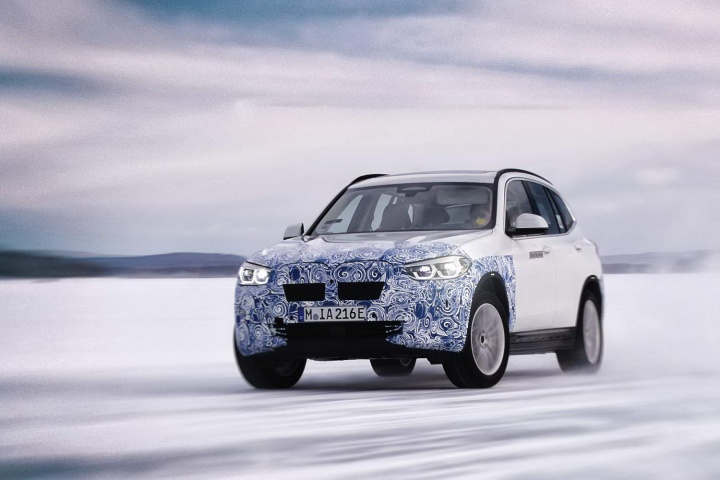 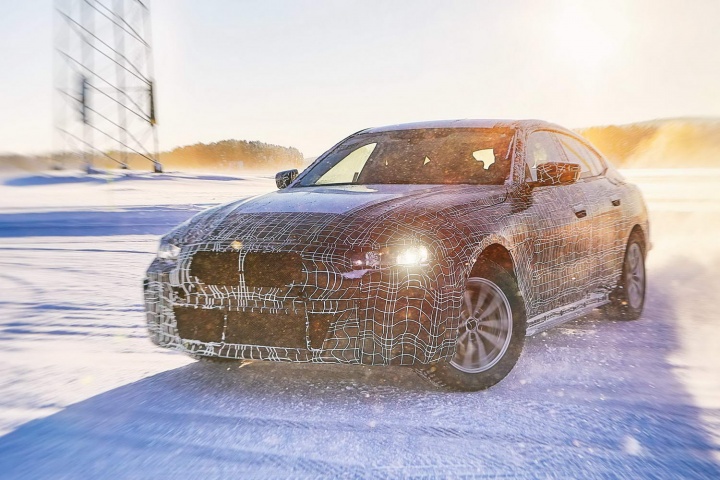 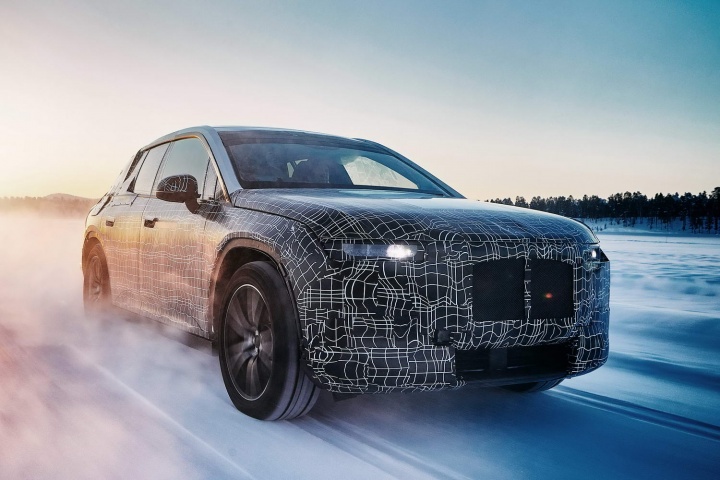 This is our first look at the next wave of BMW's 'i' project, to slowly electrify its entire fleet of vehicles. What you're looking at here, undergoing cold-weather testing in Arjeplog, Sweden, are the iX3, the i4 and the iNext.

Taking the most conventional of these three first, the iX3 is based on the X3 SUV and it's a fully electric version of the premium family chariot. Designed to take on the likes of the Audi e-tron, the iX3 promises to debut the fifth-generation of BMW's eDrive technology - resulting in a predicted range of more than 400km on a charge, with the possibility to use DC charging stations with a 150kW capacity. Built for the global market by the BMW Brilliance Automotive Joint Venture in Shenyang, China (making it the first worldwide-selling BMW to come from Asia), it should hit the market in 2020.

The next two are pure 'i' vehicles that have no combustion-engine-only analogues, coming as they do in the sequence that has already brought us the i3 and i8. The first of these newcomers - slated for 2021 - is the i4, which BMW terms as a four-door coupe 'positioned in the premium midrange segment.' It, too, will use eDrive v5.0, meaning it can do more than 600km on a charge. But it will also deploy its electric resources to tick off 0-100km/h in four seconds dead, while travelling at more than 200km/h when flat out. The BMW i4 will be built at the company's Munich plant, from 2021 onwards.

Finally, and perhaps most intriguingly of this trio, there's the iNext. Now, when we last saw this thing in the belly of a Boeing 777 cargofreighter, it was all futuristic and mad in the aesthetics department. Yet, as this winter-testing picture shows, it's looking far more like a conventional SUV now, even despite the extensive camouflage on its bodywork. It also employs the fifth-gen eDrive for a 600km-plus range, while it should also be capable of Level 3 automated driving. Still going under the iNext name (it will no doubt get something that fits it into the current BMW model nomenclature), this will be built at the Dingolfing factory in Germany from 2021 onwards.

BMW is testing this trio on the fringes of the Arctic Circle, because - as with all production cars - they have to undergo the most strenuous weather and road conditions imaginable, and survive their ordeal, before they can go on sale. All of the iX3, i4 and iNext's electric motors, high-voltage batteries and power electronics, as well as the suspension control systems, are being scrutinised as they deal with freezing sub-zero temperatures.