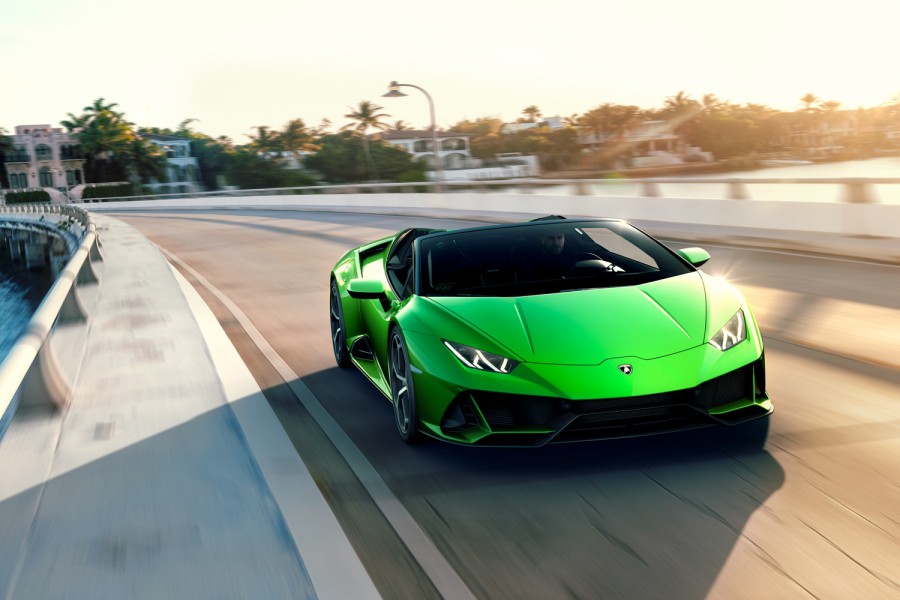 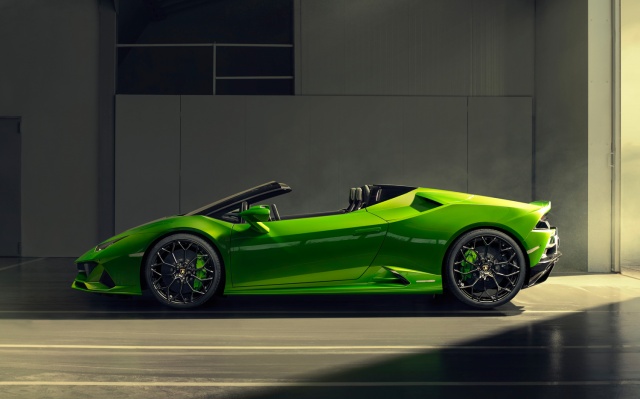 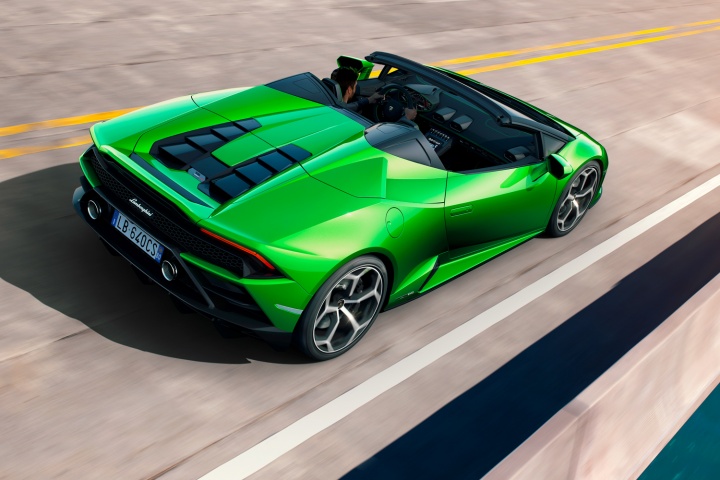 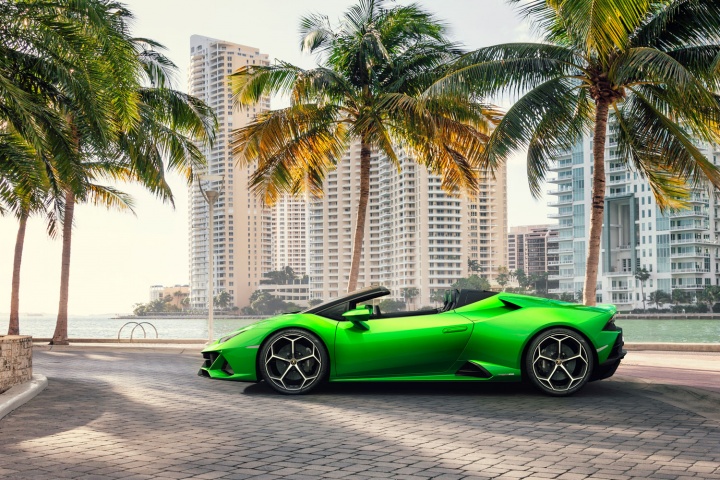 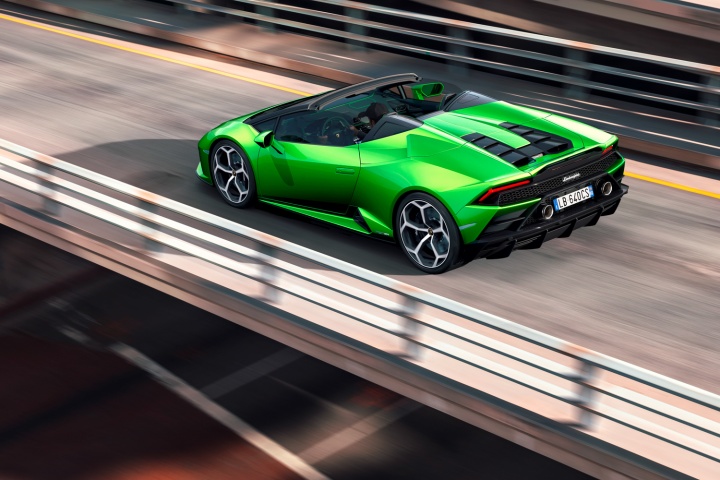 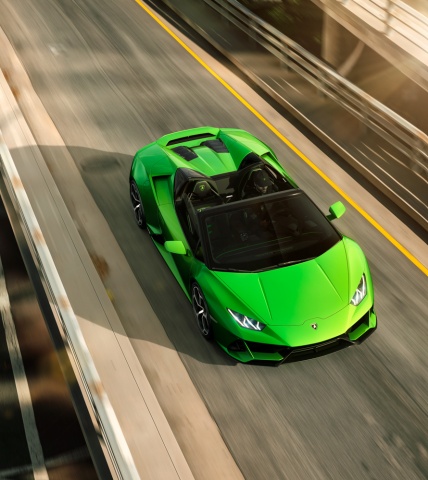 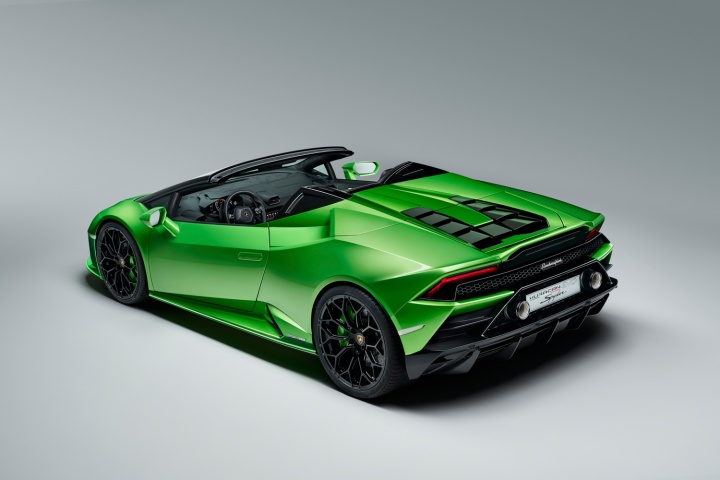 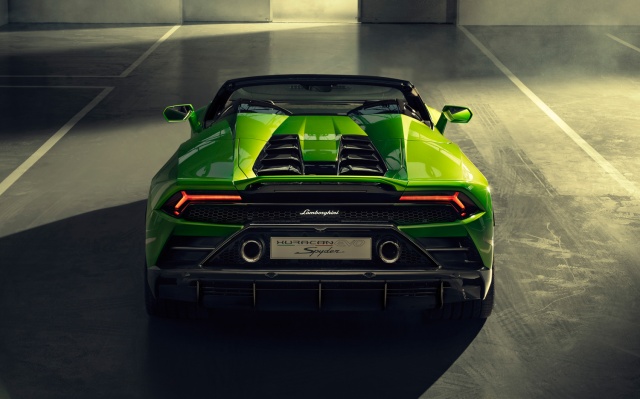 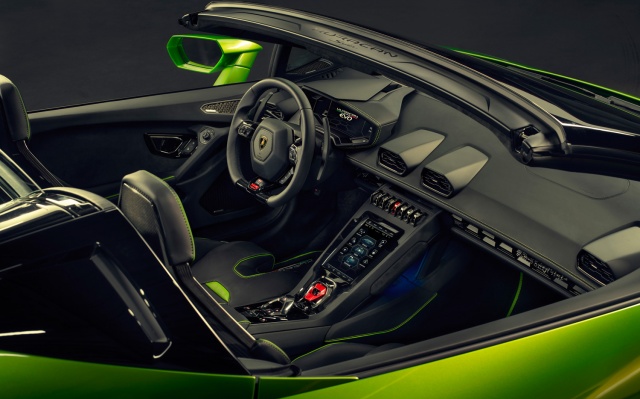 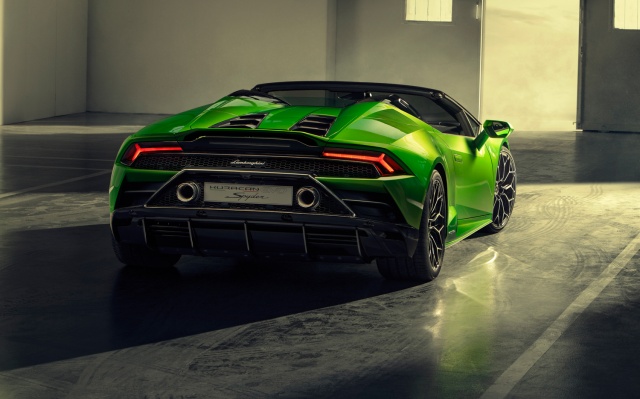 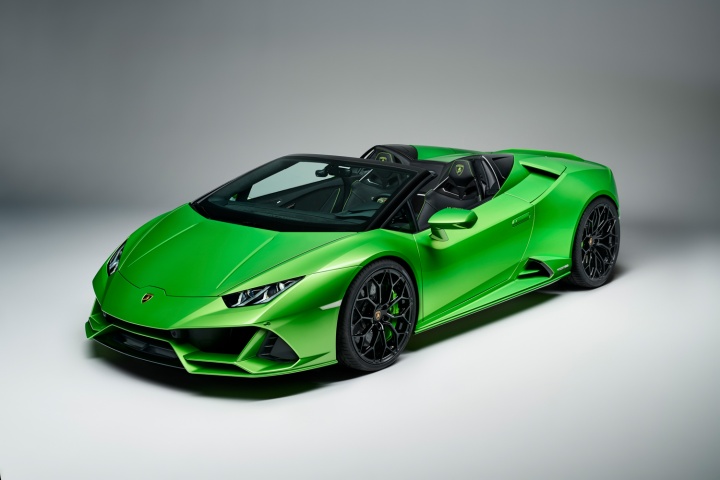 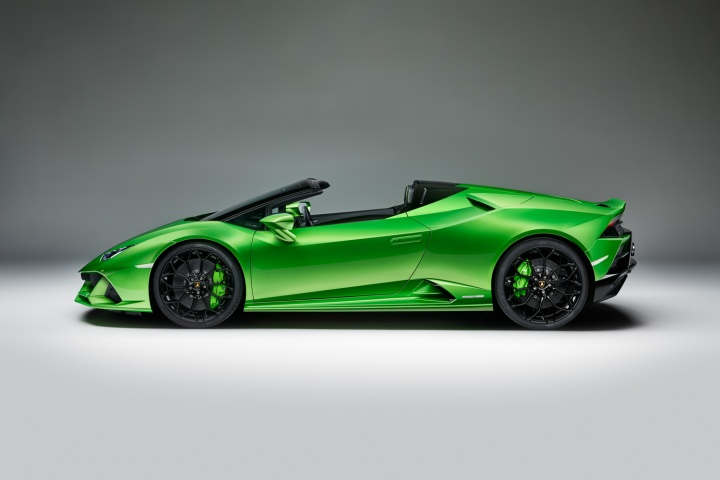 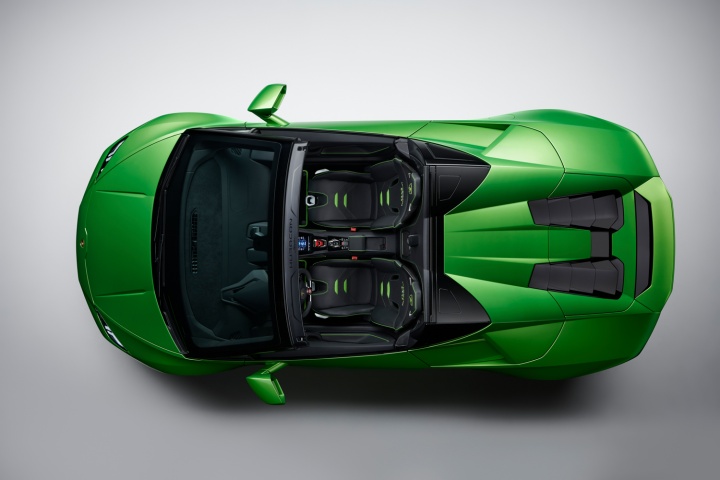 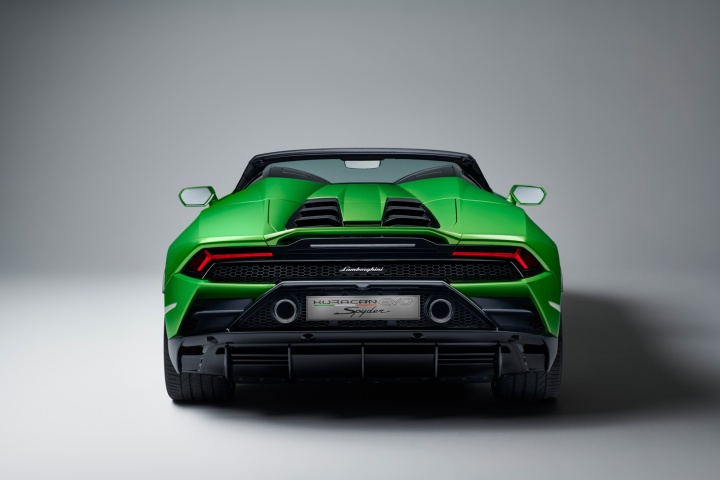 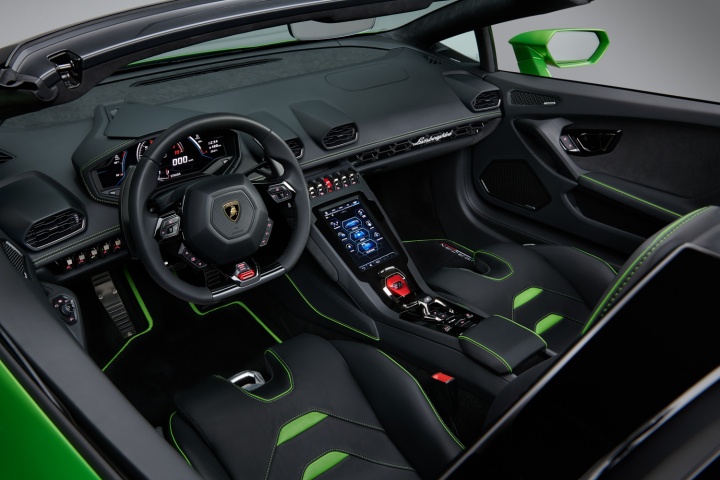 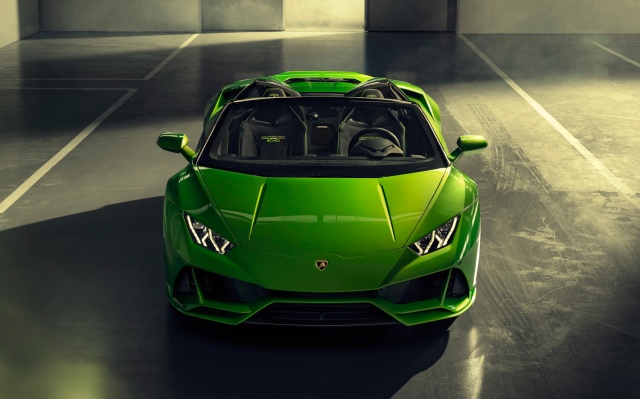 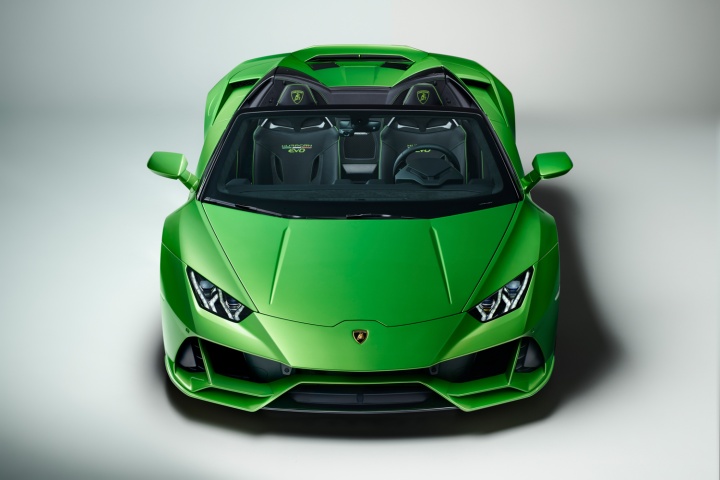 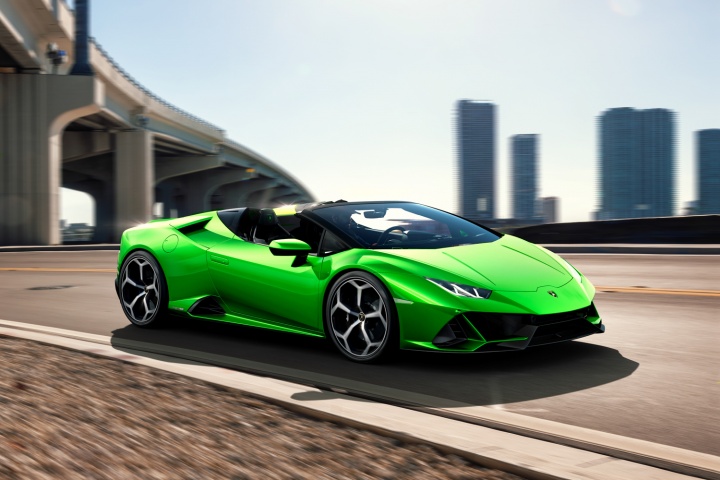 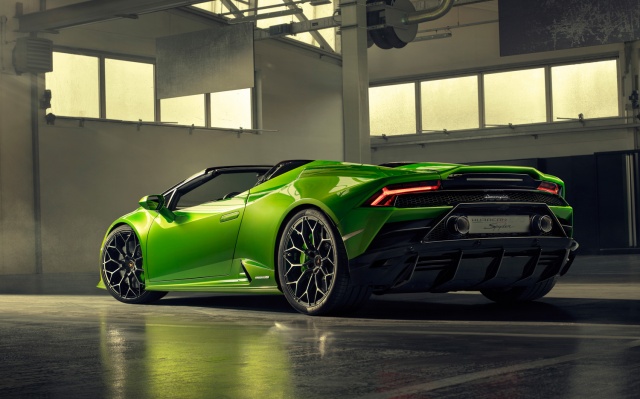 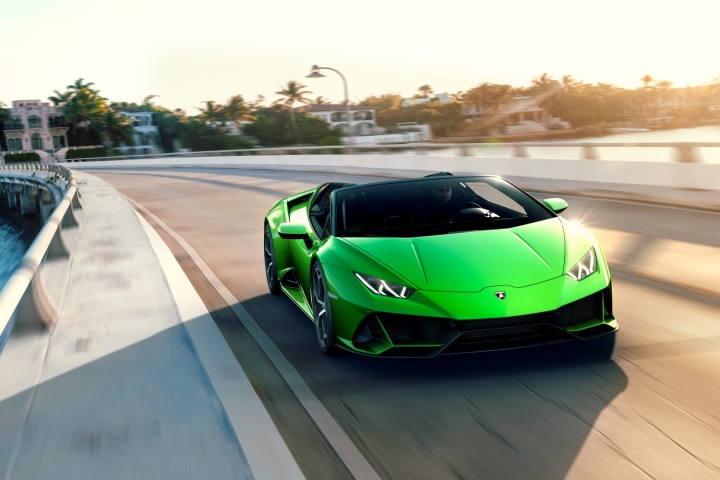 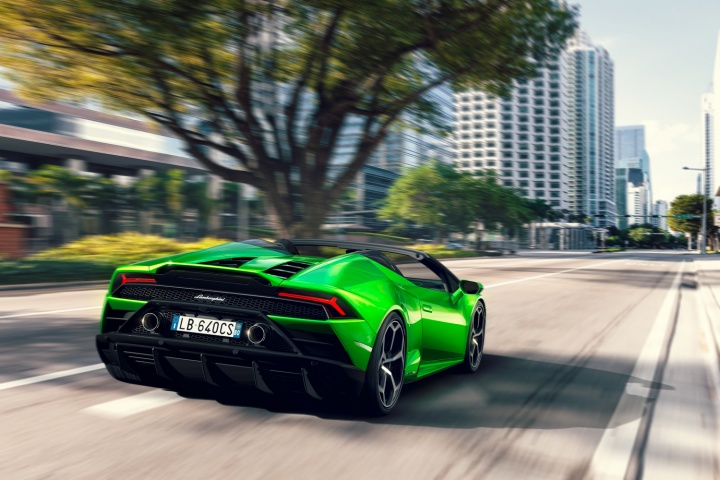 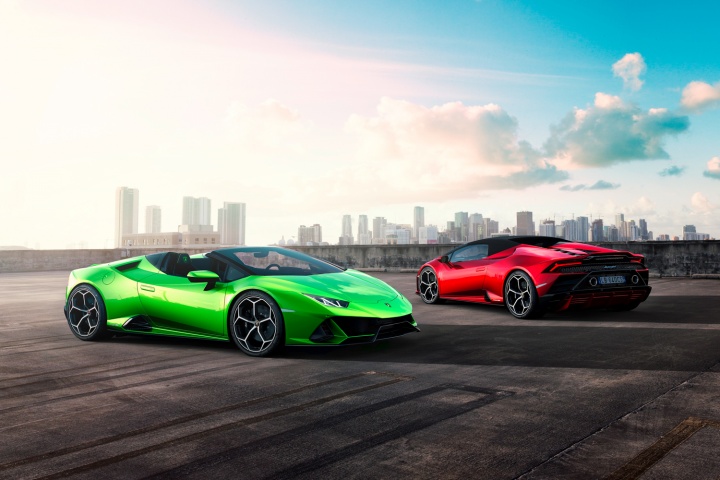 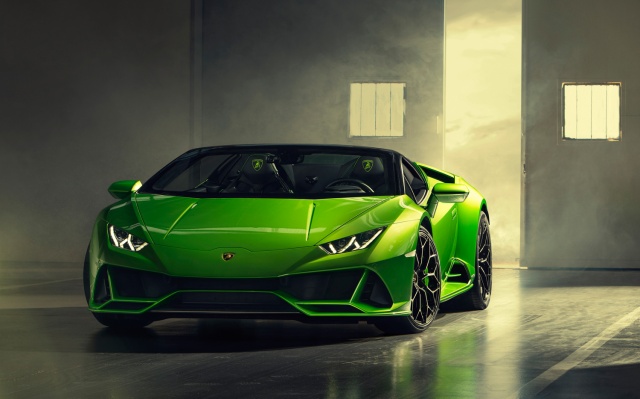 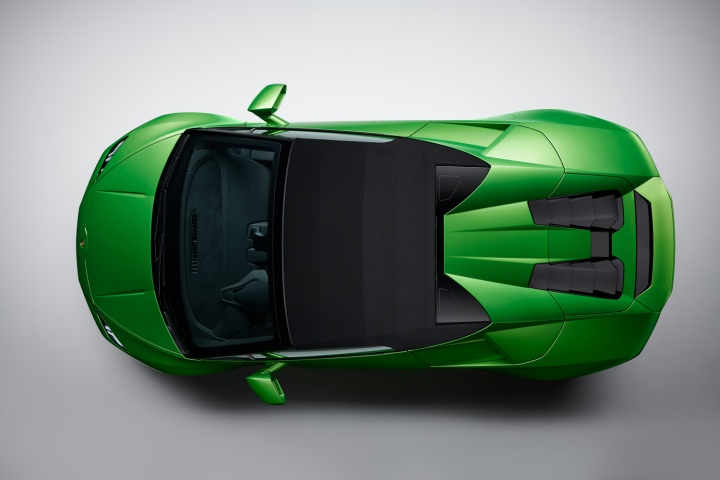 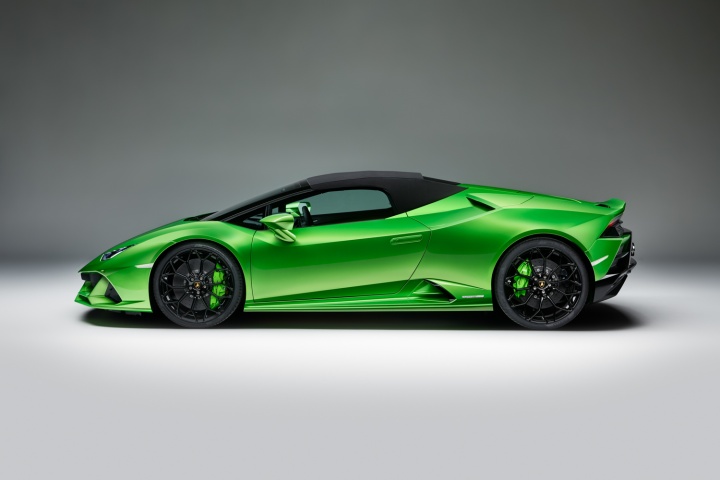 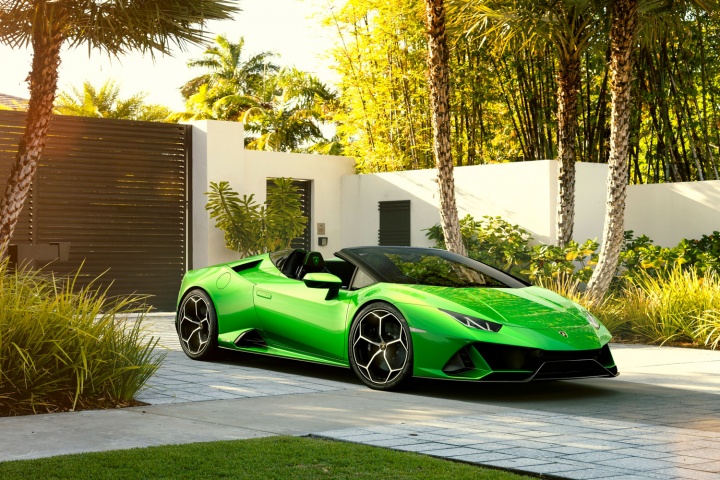 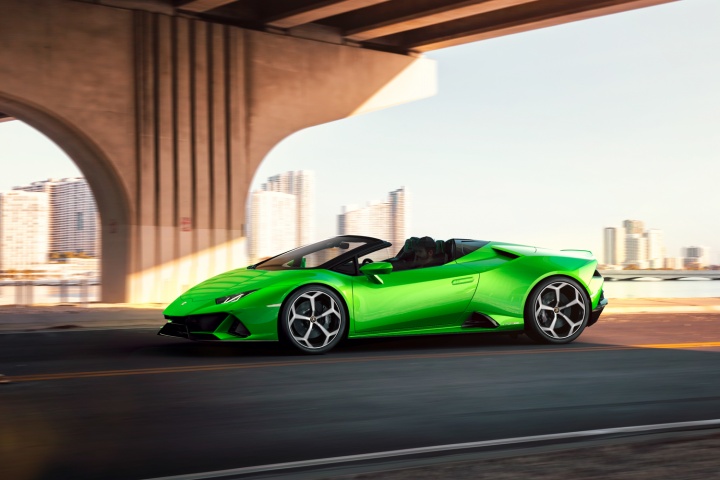 Lamborghini has confirmed that the Huracan Evo will morph into a Huracan Evo Spyder, which will make its debut at the Geneva Motor Show.

The profile of the car is obviously different, with the soft-top roof defining the Huracan Evo's new lines, and Lamborghini says it has five times the downforce of the original Huracan Spyder. The roof can be lowered or raised in just 17 seconds, including while on the move at speeds of up to 50km/h, and the rear window can be operated independently of the hood. As the roof lowers away, two body-coloured fins rise out of the casing and move towards the seatbacks, keeping a neat line to the rear transom with the hood down.

Like the Huracan Evo Coupe, the Evo Spyder has Lamborghini Dinamica Veicolo Integrata (LDVI), rear-wheel steering, four-wheel torque vectoring and magnetorheological dampers which are part of the Lamborghini Piattaforma Inerziale (LPI) v2.0, a programme which monitors roll, pitch and yaw during cornering. The show car is presented in four-layer Verde Selvans, a new colour for Lamborghini and one of a number of new shades for the Evo twins. The suggested European retail price for the Huracan Evo Spyder is €202,437, which excludes local taxes.

Stefano Domenicali, chairman and CEO of Automobili Lamborghini, said: "The Huracan Evo Spyder incorporates all the performance, next-generation vehicle control and aerodynamic features of the Evo Coupe, with its own unique personality and a driving excitement that only an open-top car can offer. The Spyder continues the Huracan Evo's evolutionary charge: extremely easy to drive while excelling as a highly responsive, fun super sports car. Particularly with the roof open, the emotive sound of the naturally aspirated engine and the refined, lightweight exhaust system take the sensory experience to a new level. The Huracan Evo Spyder's design, performance and exhilarating open-air drive experience is literally breath-taking."