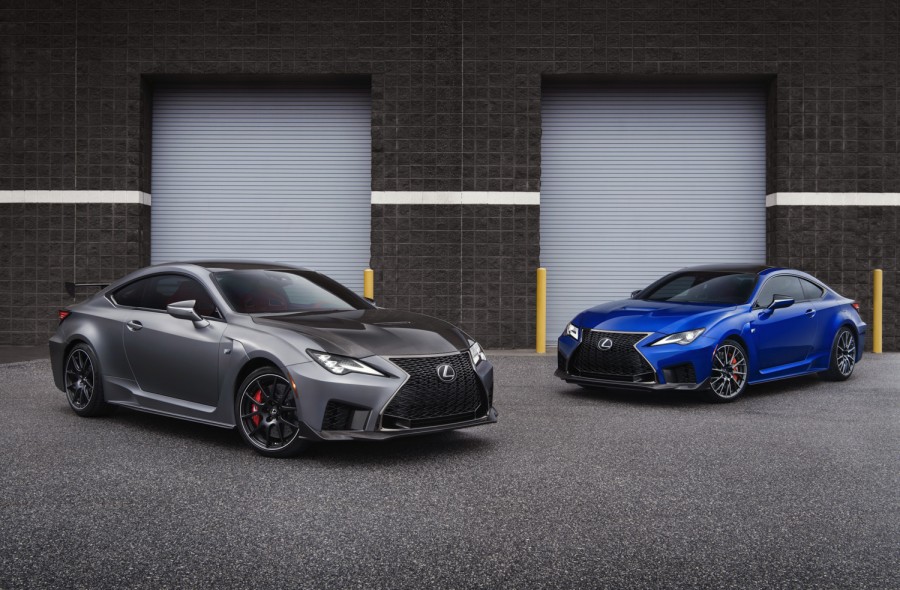 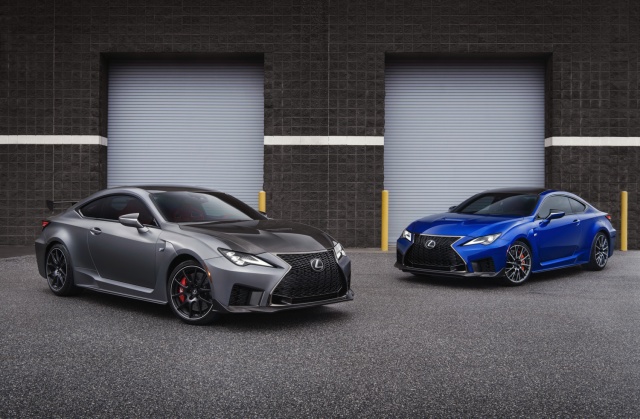 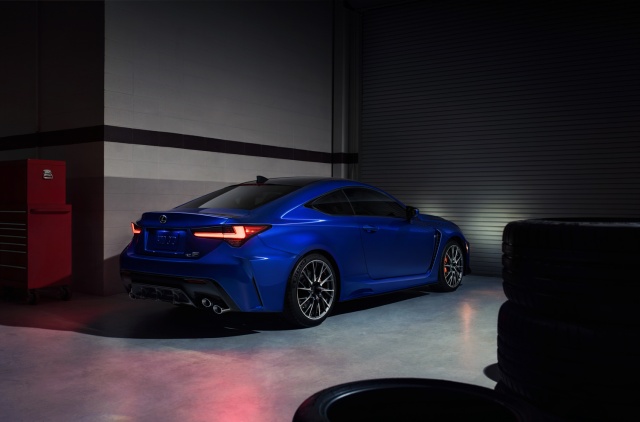 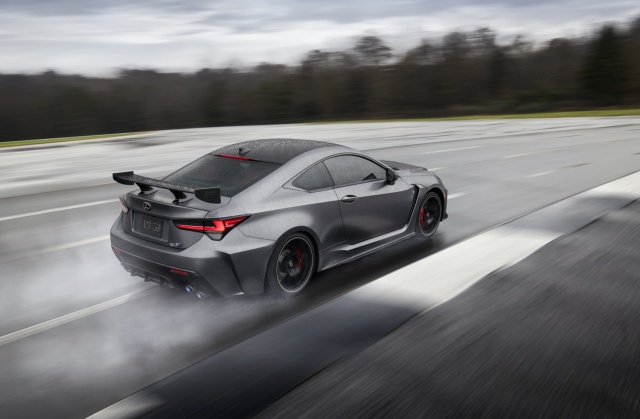 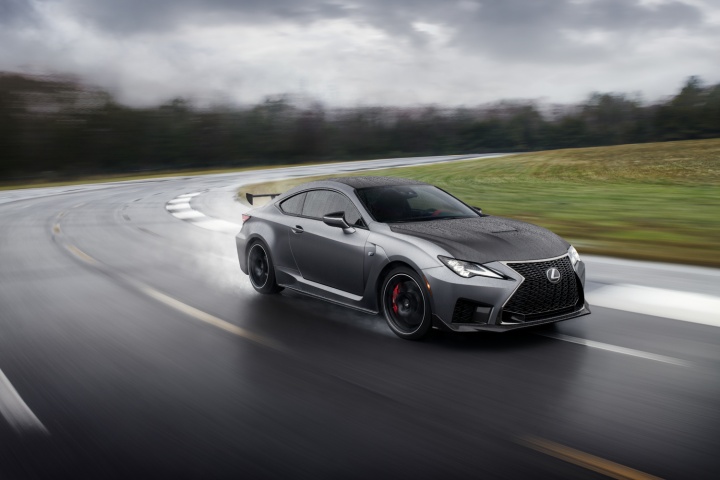 Lexus will use this week’s Detroit Auto Show to bring the world a refreshed version of its RC coupe, along with a new, hardcore, RC F Track Edition.

The Track Edition is being introduced as Lexus looks to widen the appeal of its F Sport models to the buying public, and it's sorta-kinda a rival to what BMW does with its M Performance packages.

So, the Track Edition takes the standard RC F coupe, with its naturally-aspirated 450hp V8 engine (yummy) and adds a series of upgrades that have been, at least in part, inspired by Lexus cars that race in the Super GT and IMSA series.

It's also lighter, with Lexus engineers claiming that they've taken between 70-80kg out of the car compared to the previous RC F model, with a particular emphasis on unsprung weight (i.e: the weight of the wheels, tyres, brakes and suspension components).

The Track Edition gets big carbon-ceramic disc brakes, from Brembo, and lightweight forged 19-inch BBS alloy wheels, based on those used by the RC F GT3 race car. The brakes and wheels alone save 25kg compared to standard parts.

There's also carbon (in the form of carbon-reinforced plastic) for the bonnet, and the roof, and yet more carbon fibre for the rear bulkhead and the bumper supports. Indeed, many of the carbon elements for the Track Edition are made by the same people who made the all-carbon LFA supercar, so they've got more pedigree than some stick-on stuff from a motor factor.

Finally, there's a new, louder, titanium exhaust system. As Lexus puts it: "That sound is worth broadcasting, too, as the Track edition is powered by the same normally aspirated 5.0-litre V8 engine found in every other RC F."

Inside, the Track Edition gets a red leather interior, with Alcantara highlights and carbon elements (of course). Only two exterior colours will be offered - Ultra White and Nebula Matt Grey, with the grey being unique to the Track Edition.

The regular RC F has been through some updates of its own, including weight-saving in the shape of a pared-back intake manifold for the engine, a smaller air conditioning compressor and more aluminium parts for the suspension.

It also gets stiffer suspension bushings and steering rack mounts, as well as new engine mounting points for the V8, which now develops 451hp and 520Nm of torque, thanks to some clever variable intake work. The eight-speed automatic gearbox is carried over unchanged, but the final drive ratio has been tweaked for better acceleration.

The RC F also now gets launch control as standard, which brings the 0-100km/h time down to 4.5 seconds. There are also specially-designed MichelinPilot Sport 4S tyres, and you get some small styling changes - new LED headlights, a revised grille and new brake lights set into a reshaped rear bumper.

"The new RC F benefits from the constant development that has taken place since the coupe's original launch. With the latest improvements, it helps further distinguish the F brand by offering fast, durable, highly capable performance cars that feature a range of technologies to help make their performance accessible to drivers of all skill levels," said Koji Sato, Executive Vice President, Lexus International.

Production of the updated RC F and F Track Edition range begins in March, with deliveries starting soon after that.