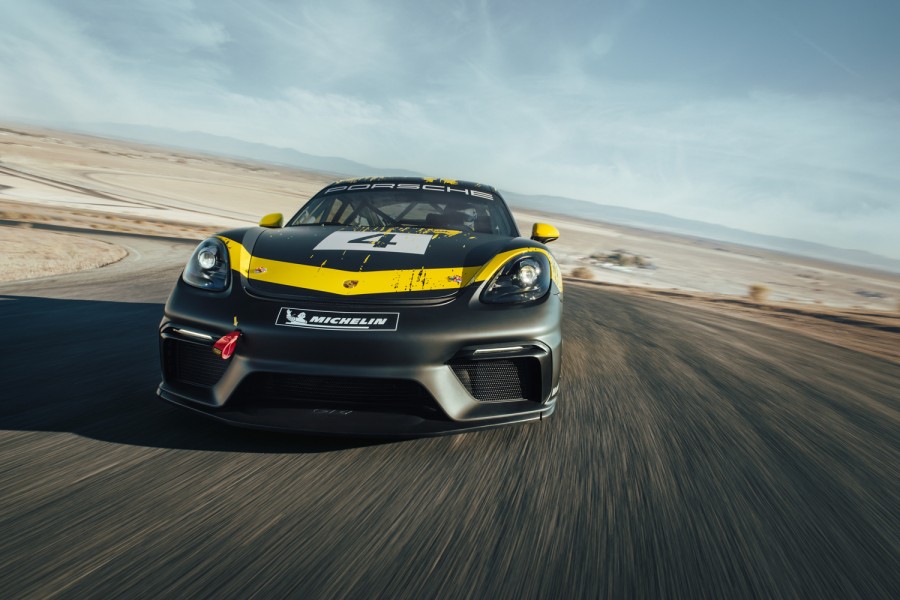 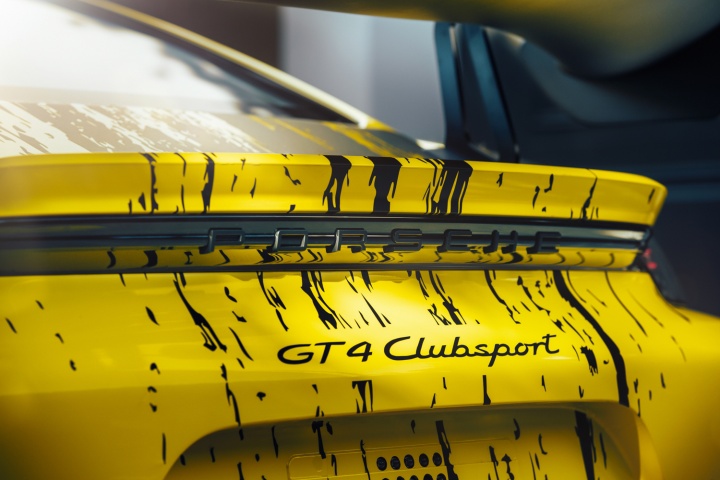 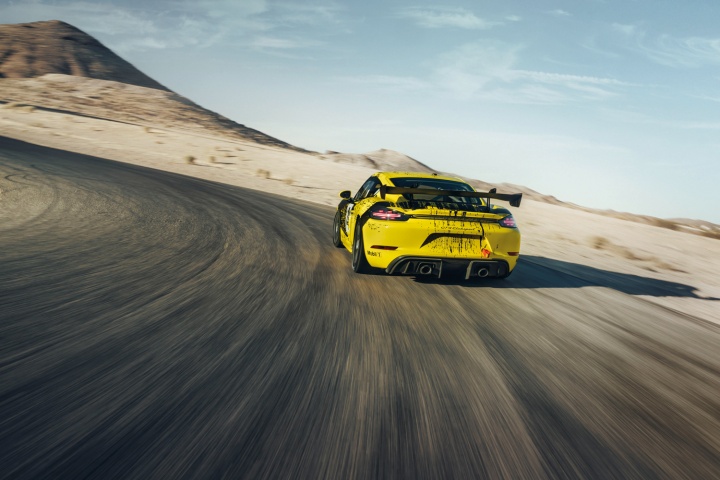 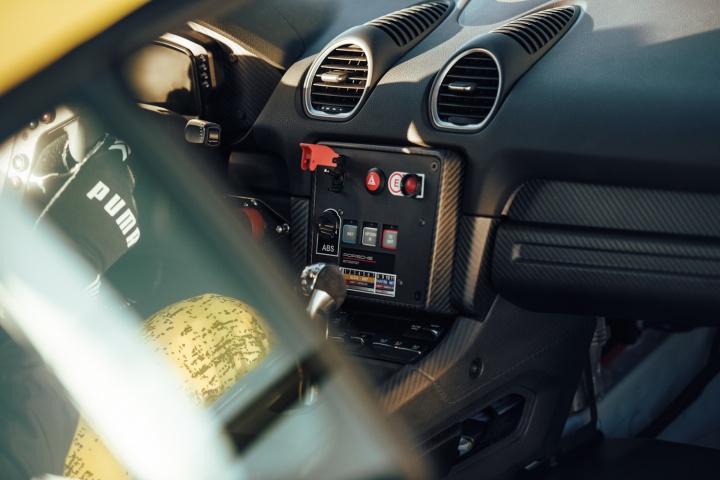 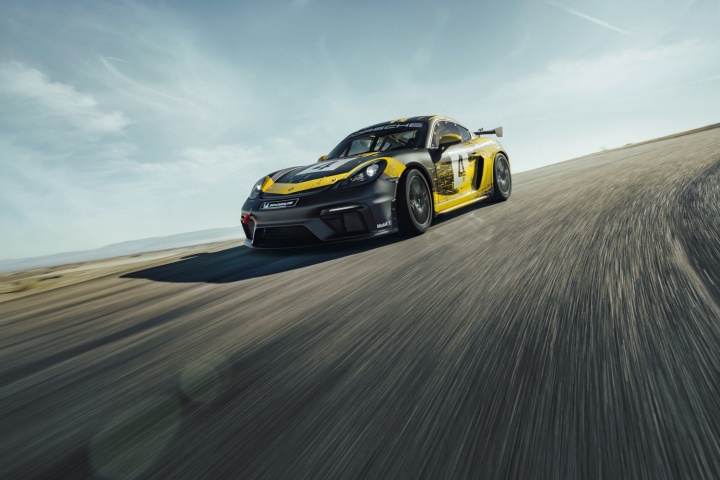 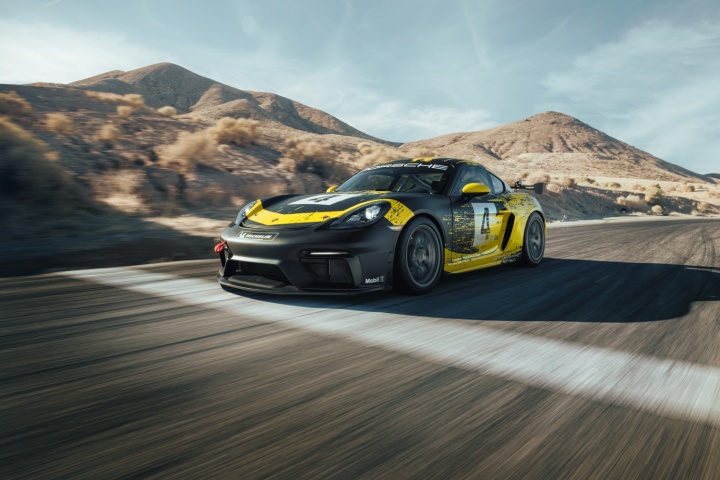 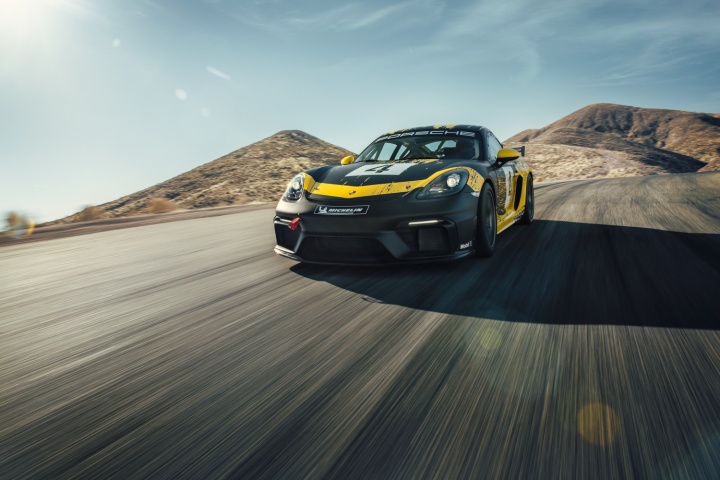 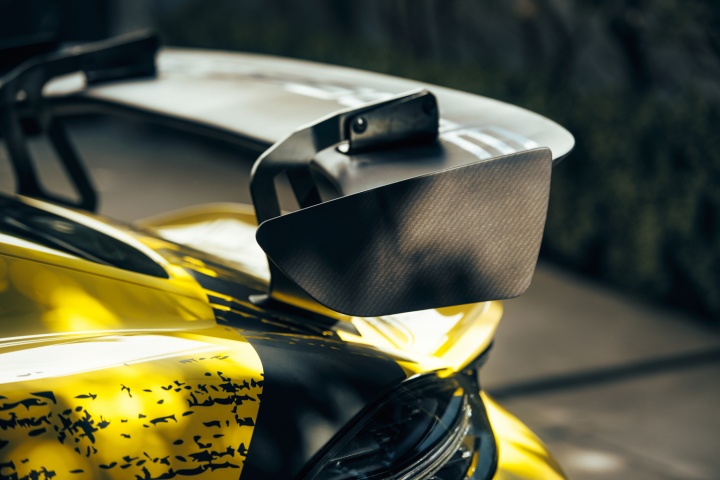 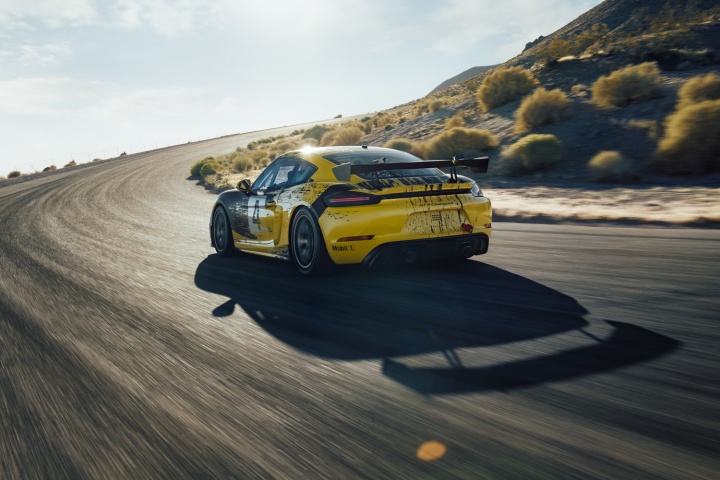 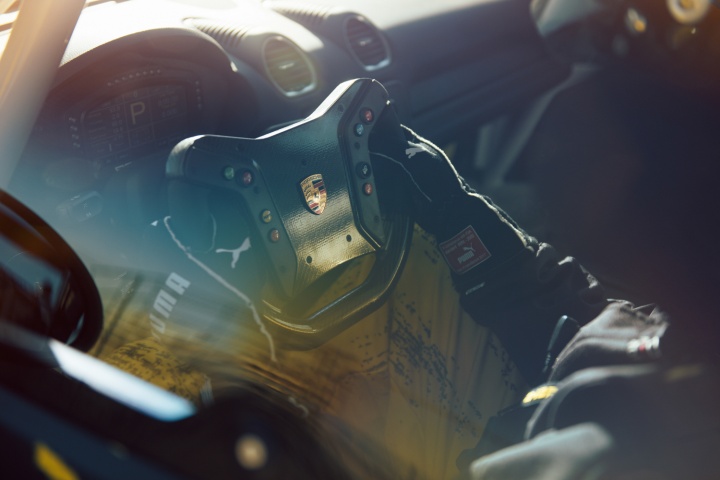 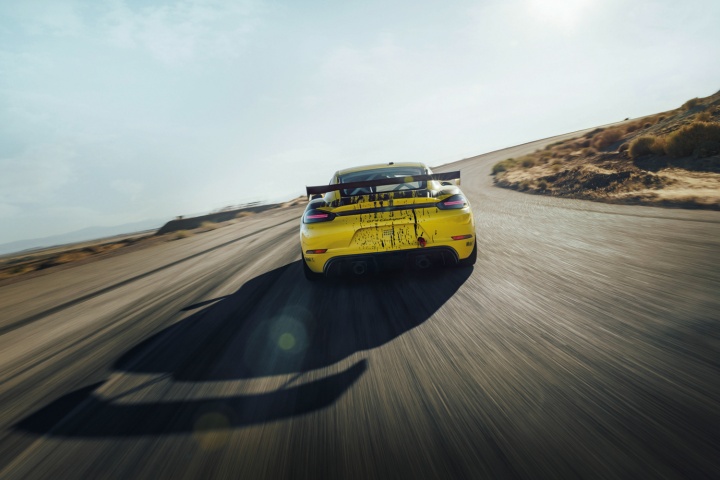 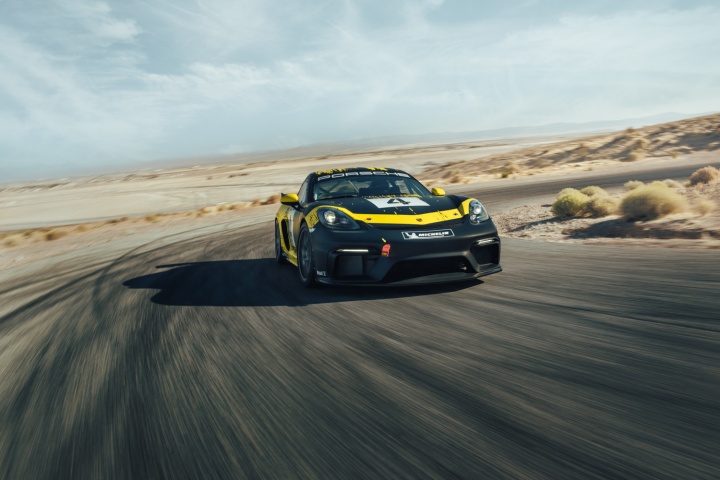 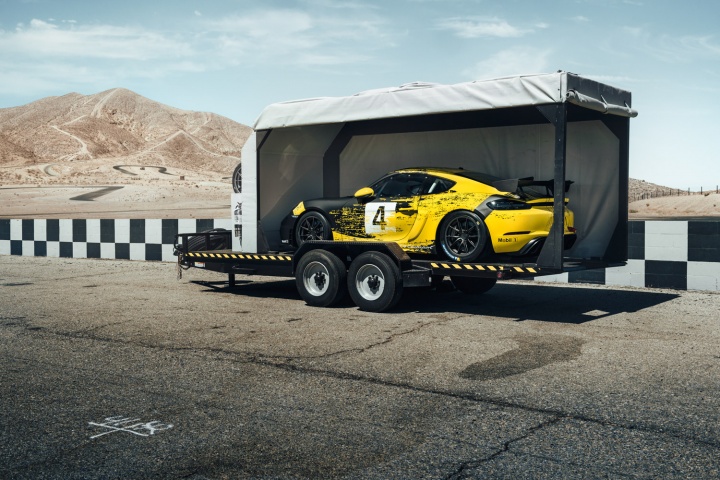 Porsche has revealed the second Cayman-based GT4 Clubsport, this time based on the fourth-generation (982) of the brand's mid-engined coupe... which, of course, sports '718' badging to link its four-cylinder motor and heritage.

However, the new 718 Cayman GT4 Clubsport does not pack the 2.5-litre boxer four unit, but instead utilises a 3.8-litre flat-six, which develops 425hp and 425Nm. It hits the motorsport market three years after the original Cayman GT4 Clubsport was launched, and it will be first delivered to teams and drivers worldwide in February.

While it has obviously been sharpened in the handling stakes, as befits its competition status, the 718 Cayman GT4 Clubsport is also made of sustainable raw materials. It is the first-ever production race car to feature body parts which are made of natural-fibre composite material - such as the doors, which are made from agricultural by-products like flax or hemp... yes, you wags, that means you could say the GT4's doors are made of 'cannabis fibre', although it should be pointed out that industrial hemp is a different strain of the plant typically used for relaxation.

Anyway. Porsche says organic fibres mixes like this have similar properties to carbon fibre, in terms of both weight and stiffness, so this is a greener race car than its forebear. Other than that, the headline updates are an extra 40hp over the old Cayman GT4 Clubsport, the 718's power being directed to the rear wheels through a Porsche six-speed dual-clutch transmission plus a mechanical limited-slip differential lock. The front suspension comes from the bigger 911 GT3 Cup and the brakes are steel, 380mm-discs all round.

In total, the car weighs 1,320kg and is delivered ex-works with a welded-in rollcage, a single racing bucket seat and a six-point harness. There are two versions available as well: the Trackday model and the Competition variant, the latter for national and international motor racing. It is likely only the Competition will be available here in Ireland. Neither version of the 718 Cayman GT4 Clubsport is homologated for road use and the price for each car is likely to be around €178,000 (excluding VRT).

"The new Porsche 718 Cayman GT4 Clubsport possesses significantly more racing genes than its successful predecessor," says Porsche's head of motorsport, Fritz Enzinger. "The power of the engine has increased considerably. At the same time, we were able to increase the downforce and the cockpit is now even better suited to drivers' needs. I'm confident that we can build on the excellent sales figures of the predecessor, of which we have delivered 421 cars."