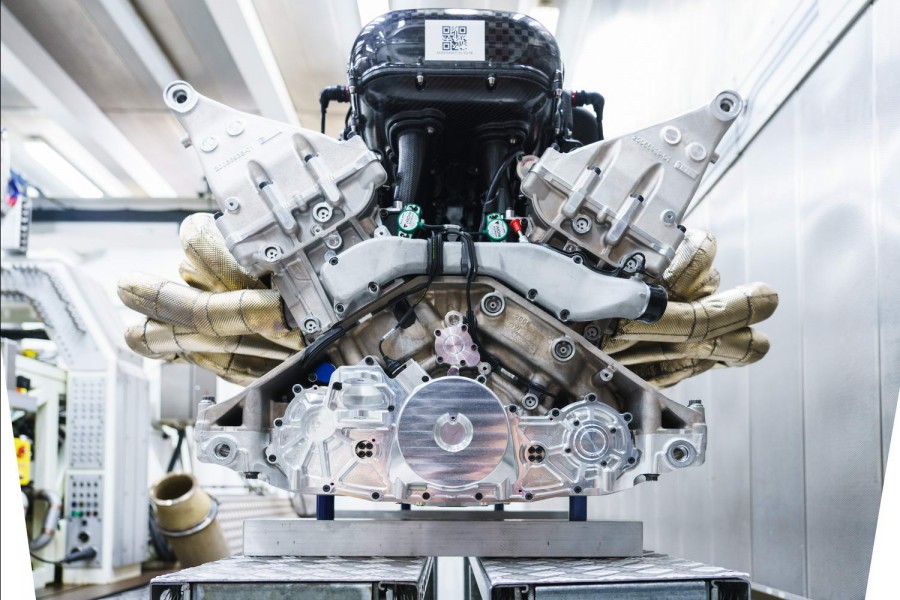 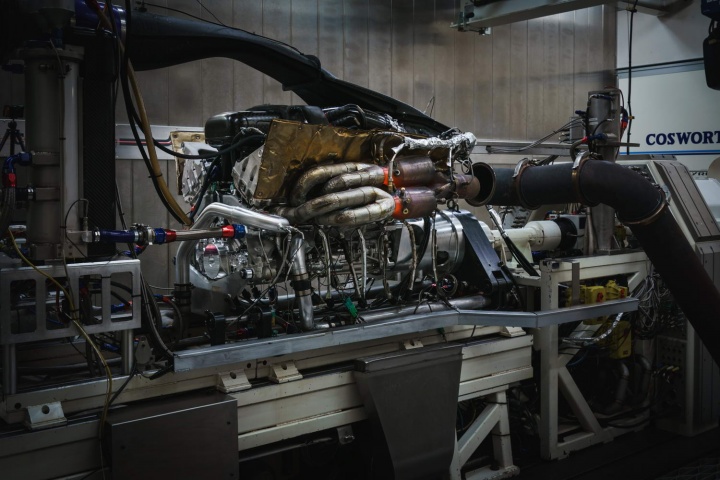 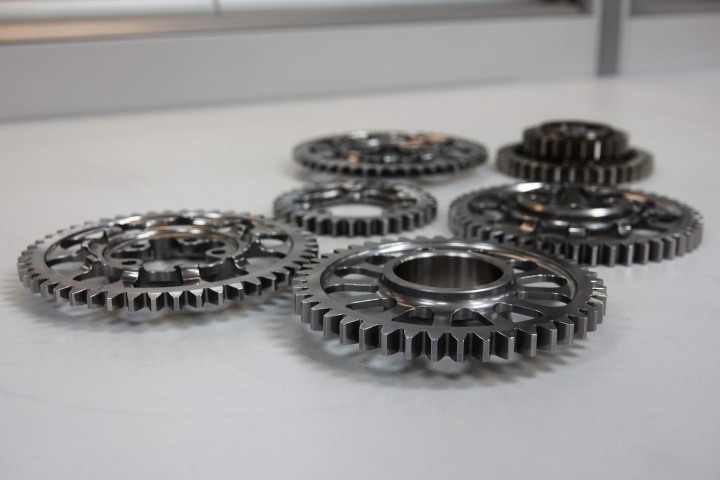 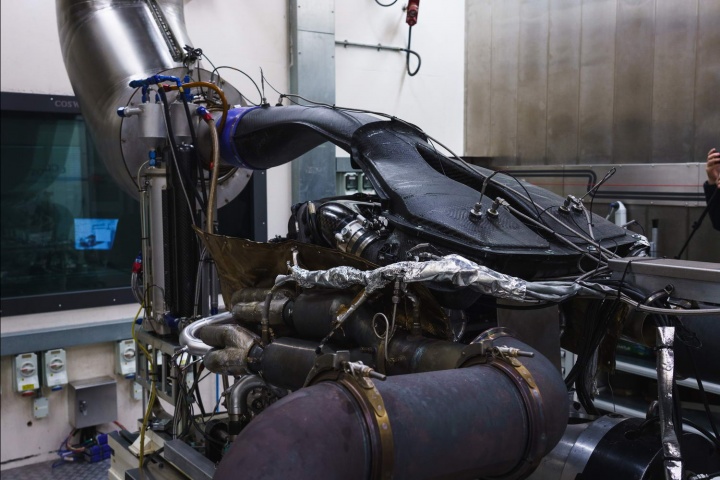 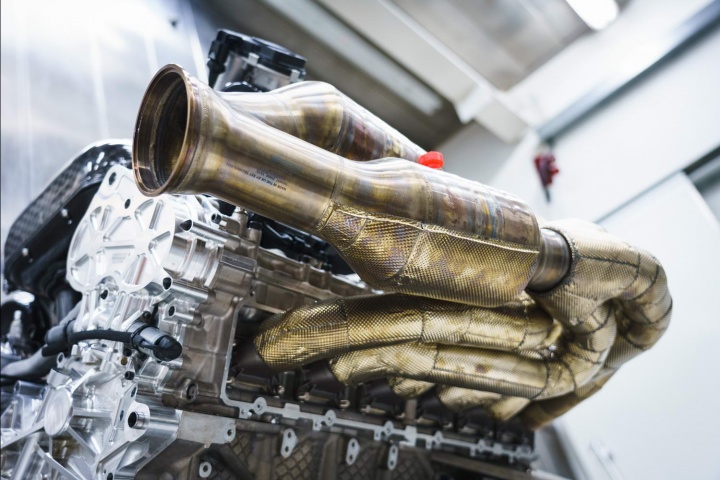 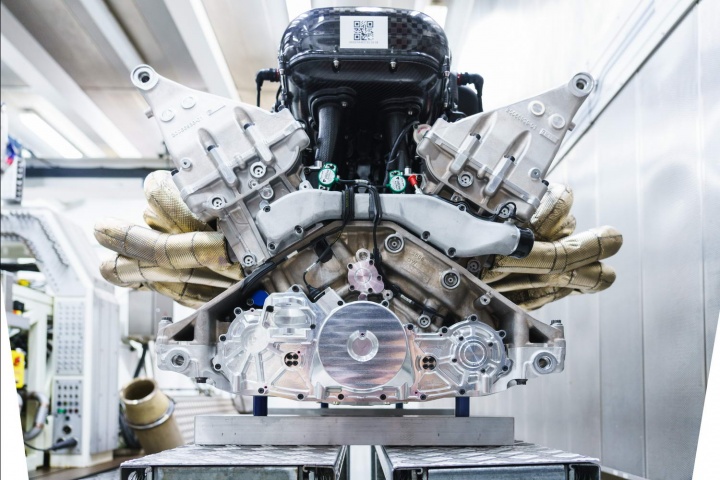 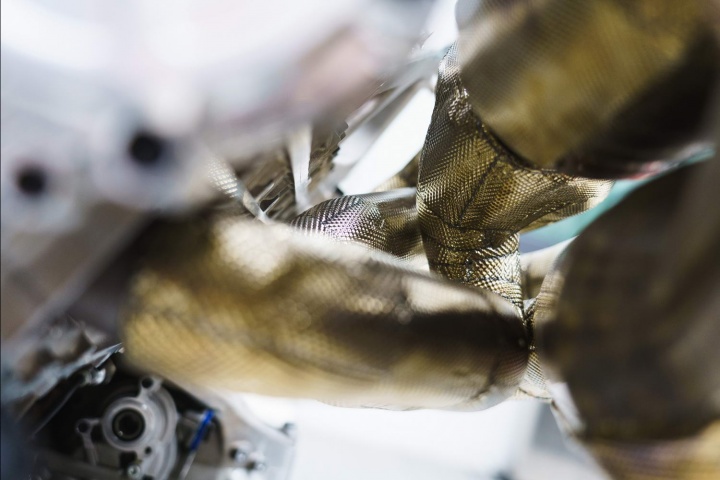 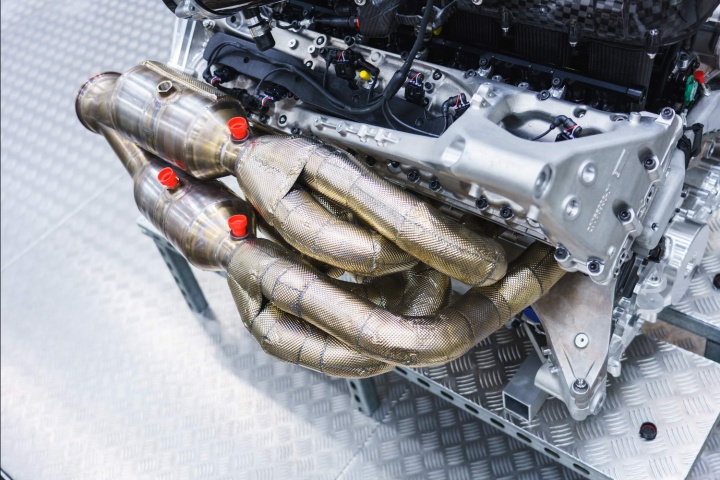 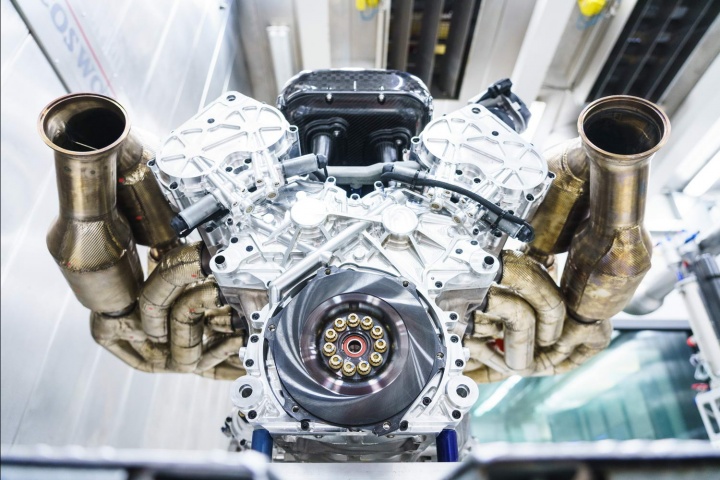 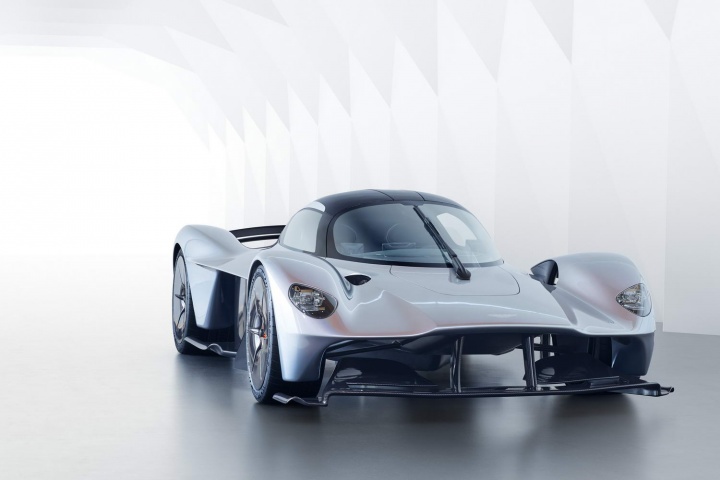 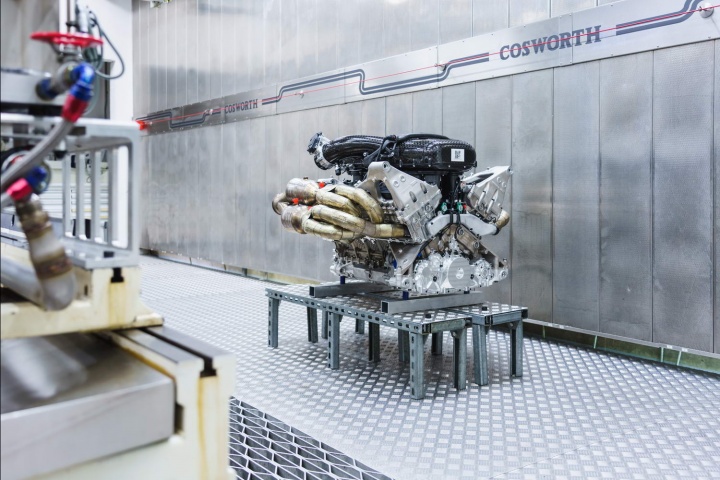 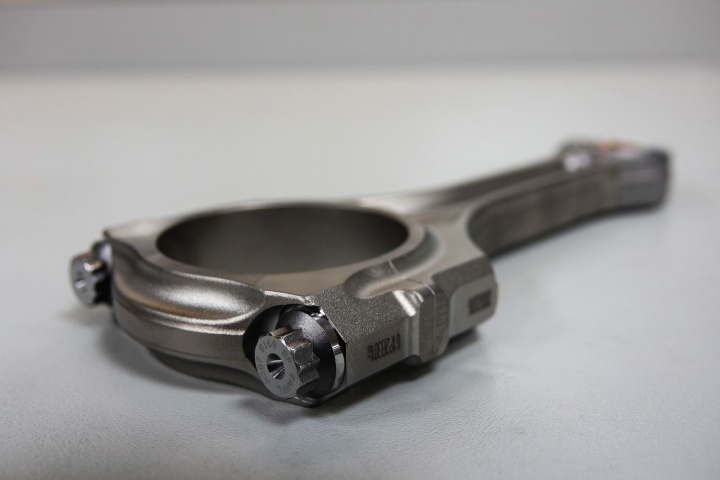 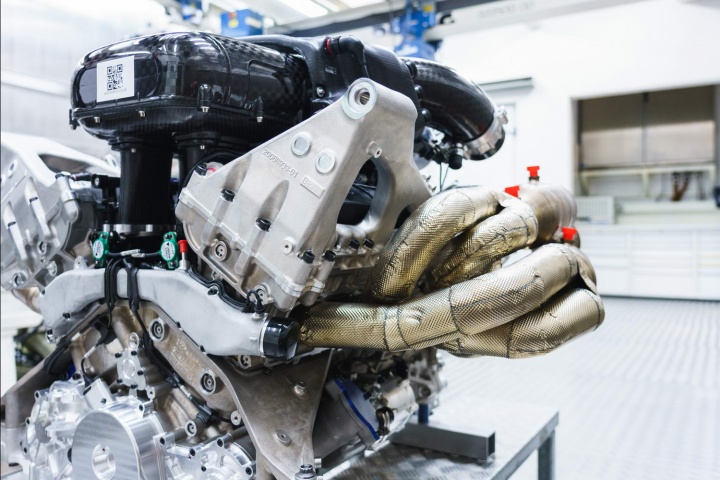 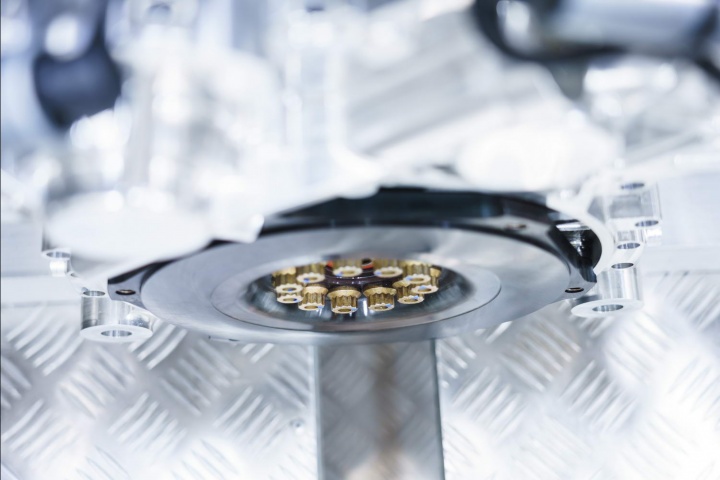 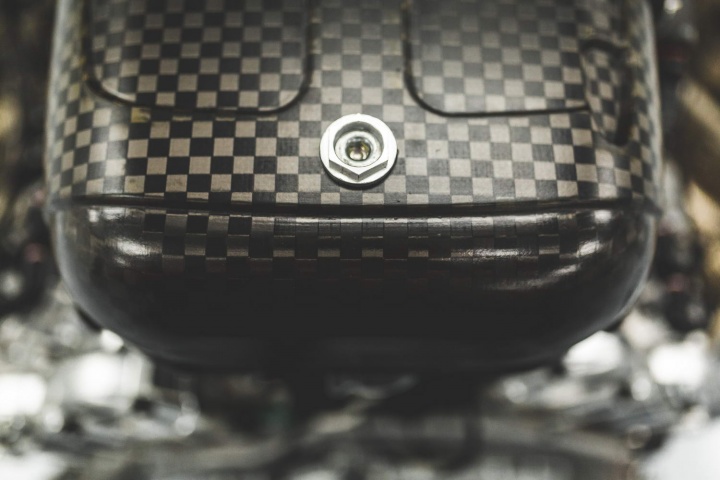 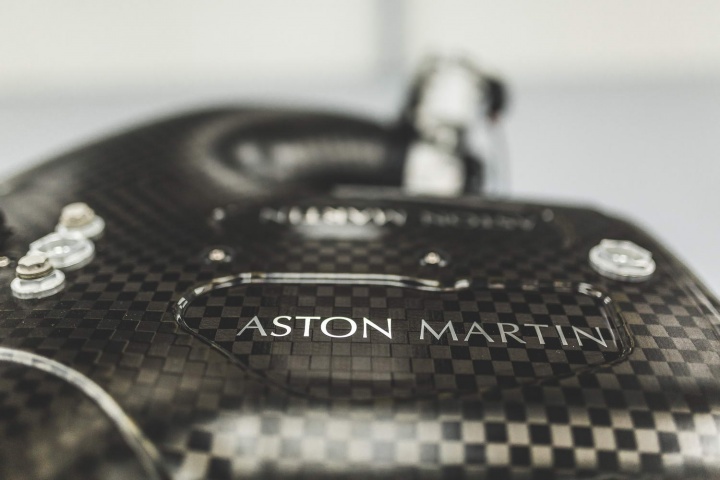 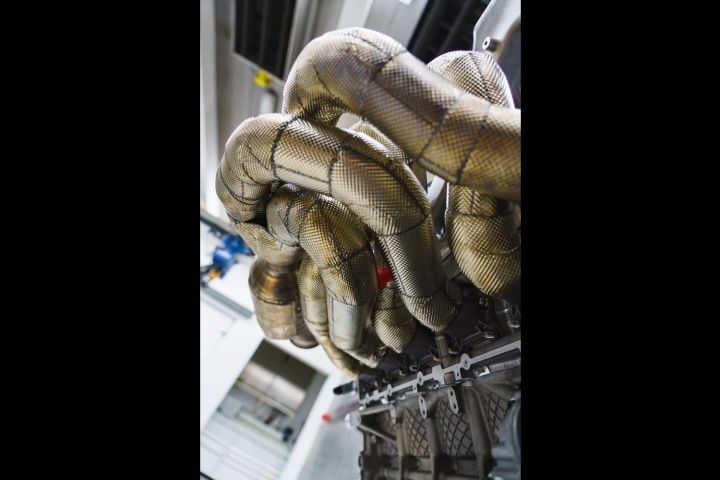 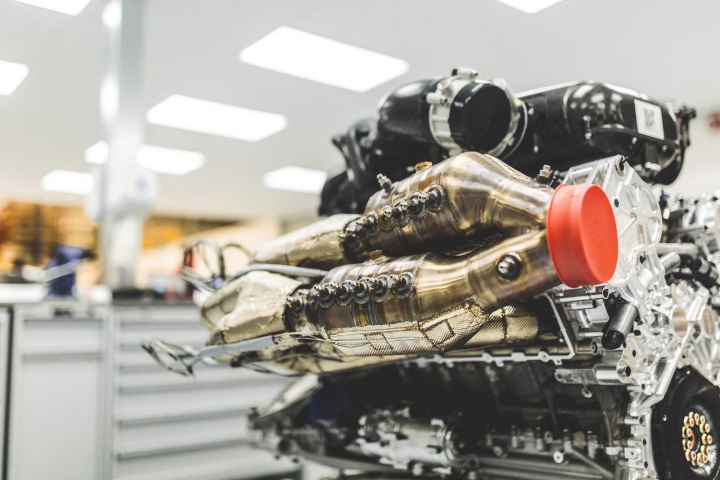 Aston Martin is lifting the veil on some of the secrets of its new V12 engine for the Valkyrie hypercar. Designed in collaboration with Cosworth, the new engine looks set to become an all-time classic with the sort of noise and power that we haven't seen nor heard since the heady day of 1990s Formula One. Not surprising really, as the Valkyrie has in part been designed by legendary Red Bull Racing engineering chief Adrian Newey.

Now, that's a naturally aspirated engine - no turbos nor superchargers in sight, but the V12 will be aided by a battery hybrid system that will give the Valkyrie F1-like performance from a road-legal car.

There's more. In true F1 style, the engine is a stressed member of the chassis, forming the link between the tub where the passengers sit and the back end of the car. Almost all of the engine's internal components are machined from solid for maximum strength with minimum weight, including the titanium conrods and the special pistons that are designed to an F1 specification.

Which means that, in spite of the strength needed to be a stressed chassis member, the whole V12 weighs a mere 206kg. To put that in perspective, the last time Cosworth made a Formula One engine, it was a 3.0-litre V10 and weighed 97kg, but the engineering team behind the Valkyrie have estimated that if you scaled that same V10 up to 6.5 litres, you'd end up with an engine weighing 210kg...

Aston gives the example of the engine's crankshaft, which starts life as a solid steel bar 170mm diameter and 775mm long. It's then machined, ground and polished until 80 per cent of the original material has gone, and you have left a crankshaft that's half the weight of the component used in Aston's old One-77 supercar V12.

Bruce Wood, Cosworth Managing Director, said of the project: "Being asked to create a naturally aspirated V12 engine fit for what will surely be one of the most iconic cars of all time is an immense source of pride for Cosworth. Decades in F1 taught us to expect a pretty demanding specification from someone with Adrian Newey's unsurpassed track record, but when we started talking about specifics of power, weight, emissions compliance and durability combined with ever harder and sometimes conflicting targets, we knew this would be a challenge like no other. It's been a fantastic partnership between Aston Martin, Red Bull and Cosworth with each party bringing a distinct clarity of vision that has proved essential in delivering an internal combustion engine way beyond anything previously seen in a road car application."

Dr Andy Palmer, Aston Martin Lagonda President and Group Chief Executive Officer, said of the Aston Martin Valkyrie's V12 engine: "To anyone with a drop of petrol in their blood, a high-revving naturally aspirated V12 is the absolute pinnacle. Nothing sounds better or encapsulates the emotion and excitement of the internal combustion engine more completely. Despite the apparently insurmountable challenges it presented, there was never any question that the Aston Martin Valkyrie would make do with anything less. From the outset the team at Cosworth were unflinching in their commitment to achieving benchmarks which pushed the boundaries of the possible. The result is a quite extraordinary engine. One which I doubt will ever be surpassed."