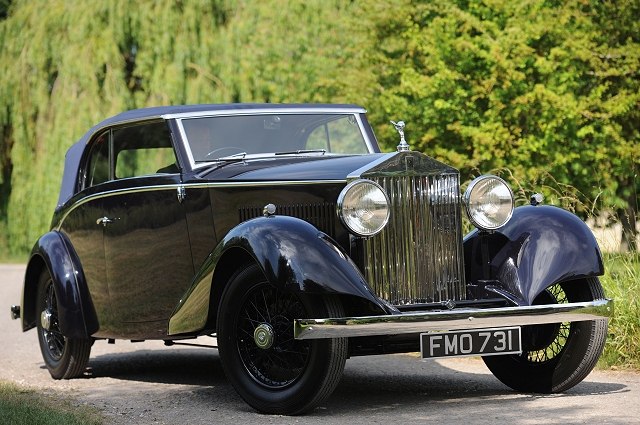 Fiennes has restored this spectacular 1932 Rolls-Royce 20/25.

It doesn't get much more glamorous in the classic car world than the Villa d'Este Concorso d'Eleganza in Italy, so an invite for a just-restored 1932 Rolls-Royce shows how important this car is.

The 1932 20/25 drophead coupé has just come out of a full restoration and will make its first public appearance at the Italian event. Taking pride of place among some of the best classic cars in the world, the Rolls will be making a return visit to Italy, where it was used as a run-around during the Second World War.

Ahead of WW2, the car's chassis was built in the UK before Swiss coachwork was added for the brother of the King of Afghanistan. By 1939, the car had been dunked in Lake Geneva in an accident, was used in Italy and then ended up in Austria.

A brief time back in England saw the Rolls falling into disrepair before it was shipped to the USA. This is where it was found by its current owner, where it has sat for 35 years. Returned to the UK, the 20/25 has been completely restored by British specialist Fiennes.

After the Villa d'Este concours, the Rolls will head to Rockingham in the UK on 18-19 June for the Rolls-Royce Enthusiasts Club Concours and Rally. After that, the car can be seen at the Salon Prive at Syon House near London on 22-24 June. Then it's a hop back over to the USA for the biggest classic car show of the year at Pebble Beach on 21 August.

Will Fiennes, whose company restored the car, said: "We are delighted to have been instrumental in bringing this car back to the international scene."