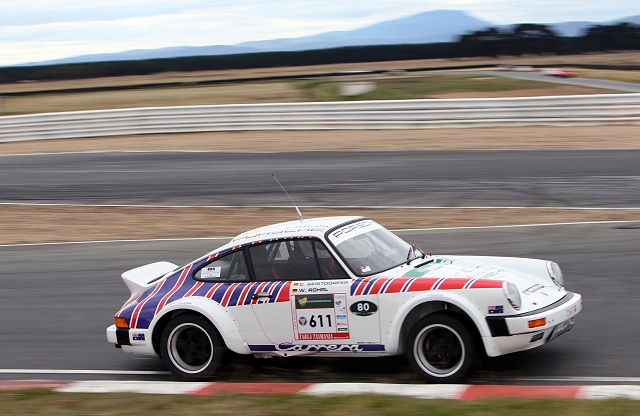 Walter Rohrl will race a rebuilt Porsche 911 SC in this year's Targa Tasmania.

Thirty years on from their last outing, Walter Rohrl, co-driver Christian Geistdorfer and their Porsche 911 SC rally car are back together for another event.

Three decades after the trio almost won the San Remo Rally, they are tackling the Targa Tasmania that takes in 2,000km of tough road and rally stages on the island to the south of mainland Australia.

The classic 911 has not been raced for 25 years, but has been completely rebuilt and prepared by Porsche's own technicians as part of the company's "Museum on Wheels". Alongside the 911 on the Targa Tasmania, Porsche will also field a 1969 906/02 Spyder that won that year's Targa Florio and a 718 RS 60 Spyder that won the same race in 1960.

Rohrl said: "We only entered that 911 SC in one rally, the San Remo. It was a last-minute thing. Some engineers at Porsche helped prepare this car for me because I was without a drive.

"Then more than 25 years later, Porsche informs me this fabulous car has been found in somebody's garage. It has been restored and now we will bring it to the Targa Tasmania in what will be a very special reunion. I am so looking forward to it."