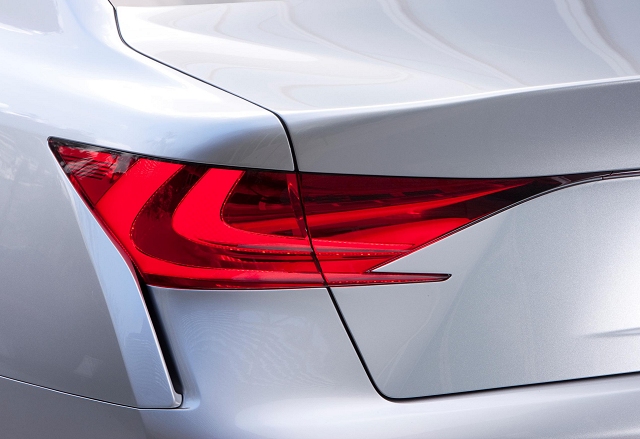 The LF-Gh concept previews the next generation Lexus GS.

Lexus will whip off the covers to the LF-Gh concept at the New York Motor Show on 20 April, but until then Lexus is strip-teasing the car with a few sneaky peak images.

Showing the sharply styled front and rear lights, the images are said by Lexus insiders to give a very clear idea of where the company's design style is heading. A Lexus spokesman said: "The LF-Gh stands for Lexus Future Grand Touring Hybrid and sets out to redefine the premium grand touring saloon."

The LF-Gh concept will become the replacement for the current Lexus GS executive saloon. It will be the first Lexus model to have the company's new design style when it goes on sale in 2012 and all models will use petrol-electric hybrid power.