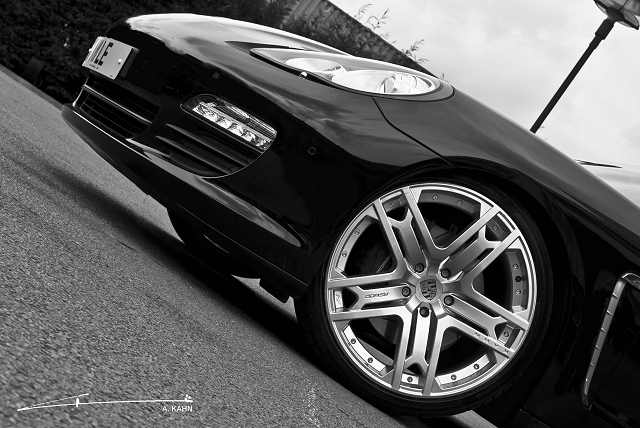 Project Kahn turns its hand to the aesthetics of the Porsche Panamera.

Fresh from launching its take on the Range Rover and RR Sport, Project Khan has turned its hand to Porsche's formidable saloon - the Panamera.

"Are you thinking what Afzal Khan's thinking?"  Quizzes the press release, and if you've been exposed to any of the great man's work the answer will likely be... yes, I am.  The main changes being a bespoke Khan exterior and interior.

The script continues inside, with a customised Khan Design leather interior featuring carbon and wood trimmings.

Major mechanicals remain the same as the standard 3.6-litre Panamera, which leaves Khan's claim to have taken the Panamera's performance to "a whole new dimension," a trifle unfounded.

The result is a Porsche Panamera that's more unique than an off-the-peg model and will cost significantly less than the range-topping Turbo S.  Question is, would you rather have show than go?