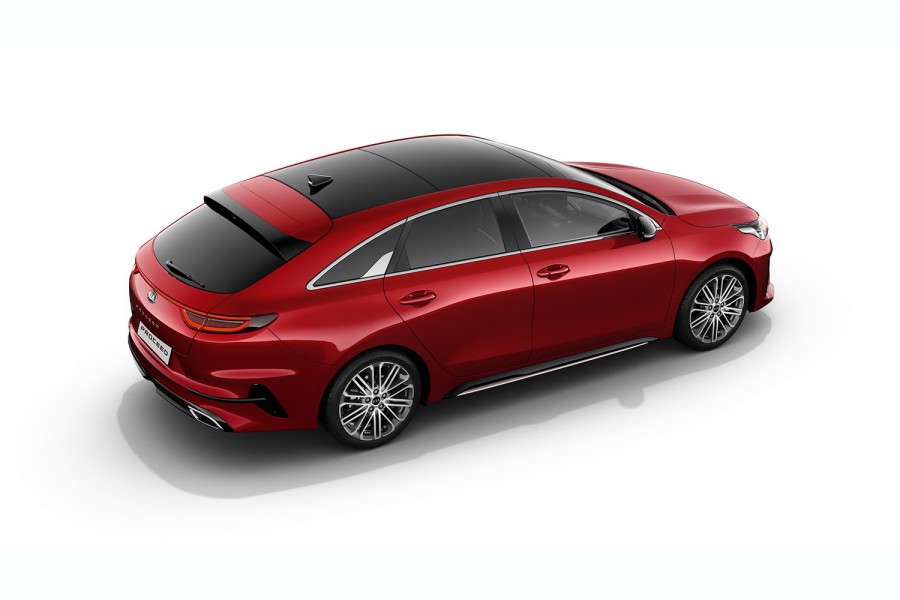 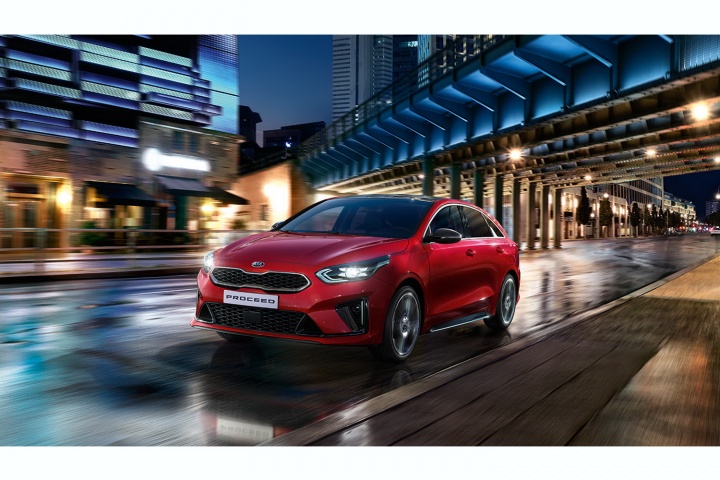 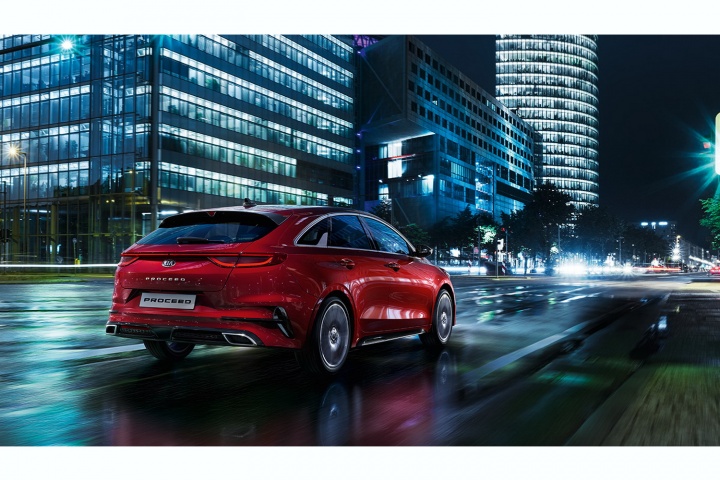 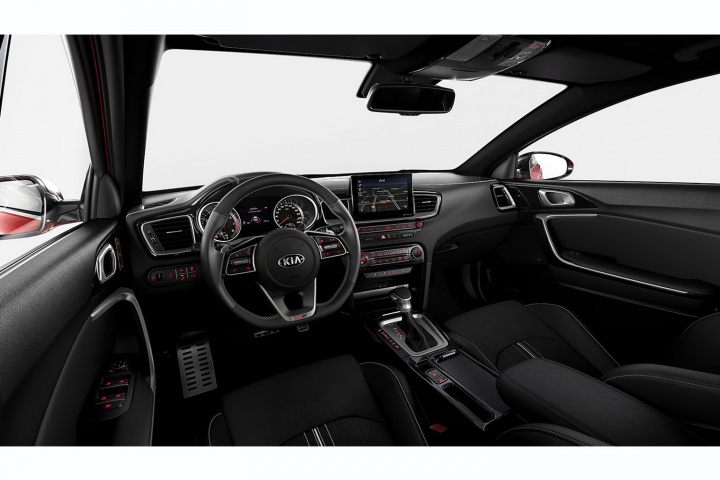 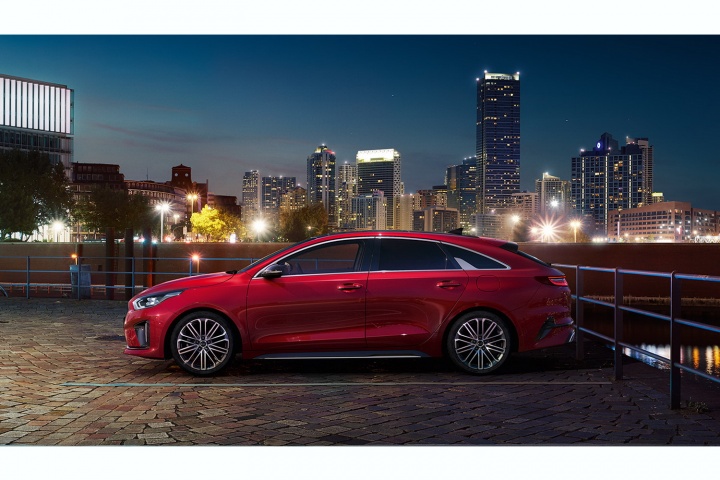 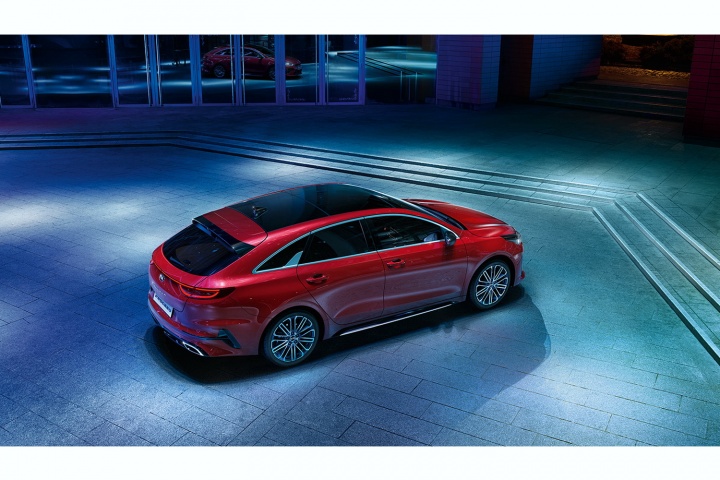 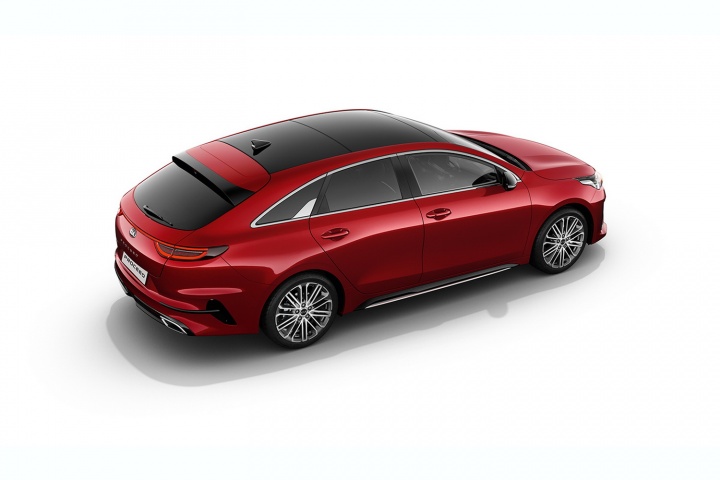 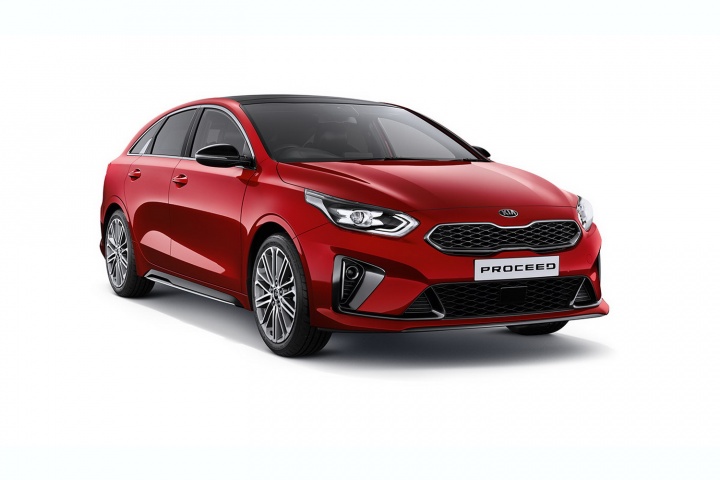 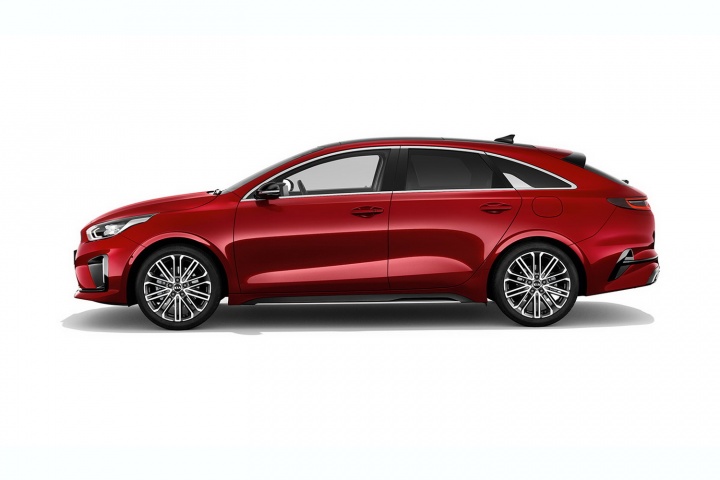 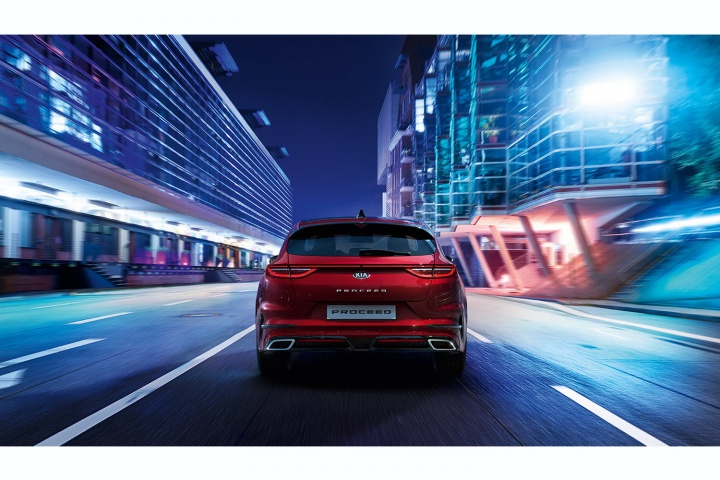 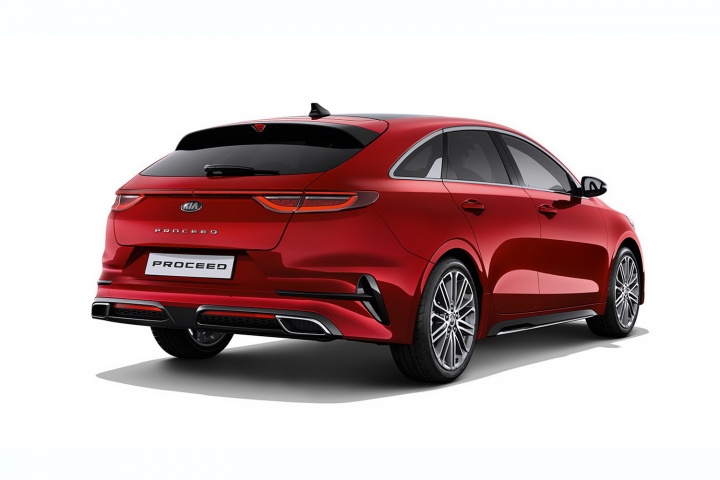 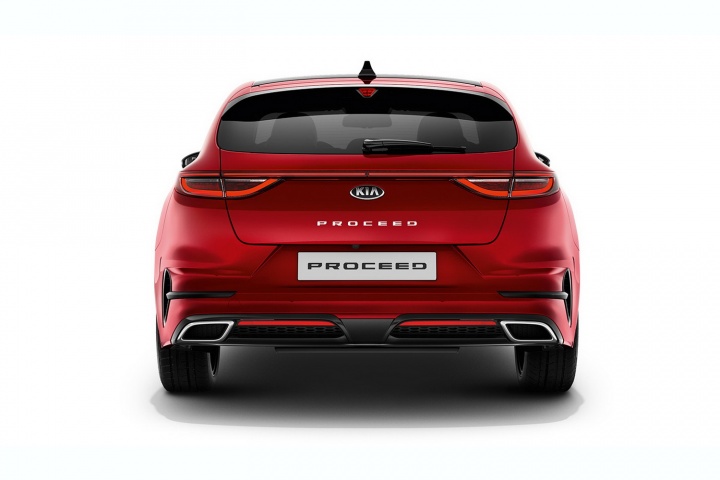 Ahead of its world debut at the 2018 Paris Motor Show next month, Kia has taken the covers off the new Proceed. The name (now without the ridiculous 'pro_cee'd' stylisation) no longer means a three-door version of the regular Kia Ceed hatchback, but instead is applied to a sporty-looking shooting brake estate. It has five doors and a boot almost as big as that of the regular Ceed Sportswagon estate, but will only be offered in GT Line and high-performance GT specifications to set it apart from the other Ceed variants.

Befitting its positioning in the line-up, the Kia Proceed is lower (by 43mm, with 5mm less ground clearance) and longer (by 5mm when compared with the Sportswagon) than the other Ceed models and, in terms of body panels, it shares only its bonnet and front wings with the five-door hatch. The 'ice cube' LED daytime running lights up front are standard and at the side you'll spot the angled chrome 'Sharkblade' design feature, first used on last year's Kia Proceed Concept car. The rear is completely different to the other Ceeds, too, with full-width lights and a steeply raked window. A range of 17- and 18-inch alloy wheels will be available, along with a choice of 10 paint colours.

Although the core design and layout of the Kia Ceed's interior is retained for the Proceed, there are a few differences. The roof liner is black, the door sills have metallic scuff plates and there's a flat-bottomed steering wheel as standard. Cars fitted with the dual-clutch auto get metal gearchange paddles behind that wheel, too. There are several designs of sports seat offered, depending on specification, and the rear occupants sit lower down to help offset the lowered roofline.

And, despite the sporty image, the Proceed comes with all the same practical touches in the back as the Ceed Sportswagon, including 40:20:40 split-fold seats, a flat load floor and the option of an automated tailgate. Boot space is quoted as 594 litres, only a little less than that of the regular estate.

The Kia Proceed will be available in GT Line specification with either a 136hp 1.6-litre CRDi diesel or a choice of two turbocharged petrol engines, the familiar three-cylinder 1.0-litre T-GDi unit putting out 120hp and 172Nm of torque, or a powerful 1.4-litre alternative, making 140hp and 242Nm. Topping the line-up is the Proceed GT, packing a turbocharged 1.6-litre T-GDi petrol engine that can produce up to 204hp and 265Nm of torque. All Proceeds are front-wheel drive and the transmissions are a six-speed manual or a seven-speed dual-clutch automatic. In terms of suspension, the Proceed shares its base setup with the Kia Ceed, but it sits lower and has been redeveloped to give it its own character. It should be noted that we don't yet know if all of these engines will be offered for sale on the Irish market.

Following its public world debut in Paris next month, the Kia Proceed will hit the Irish market in January 2019, in time for the new '191' registration.