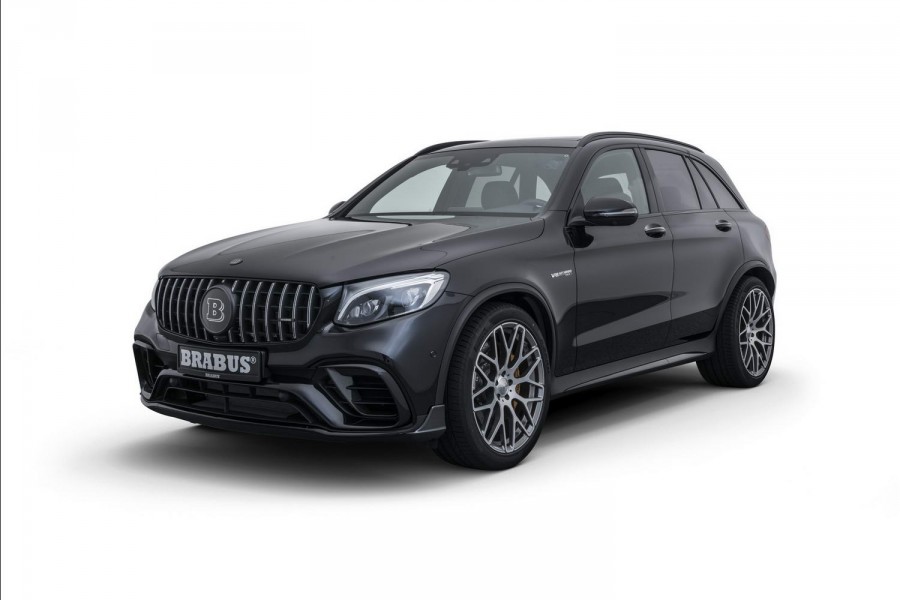 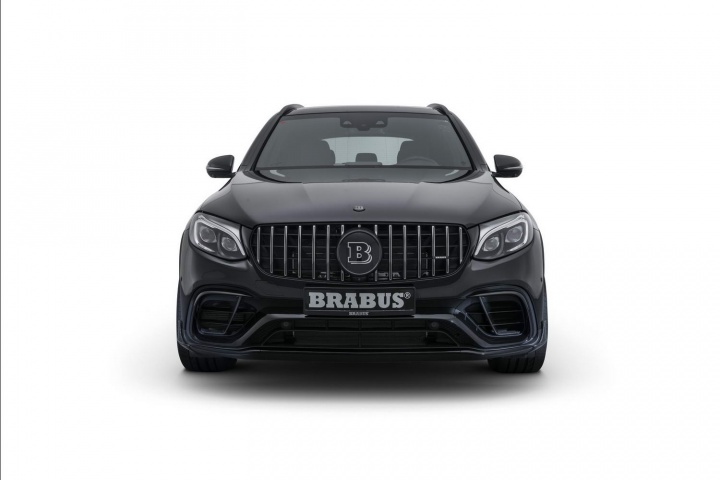 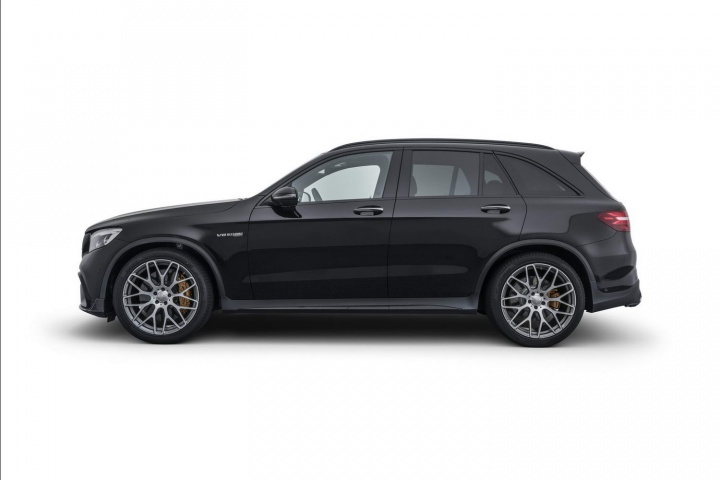 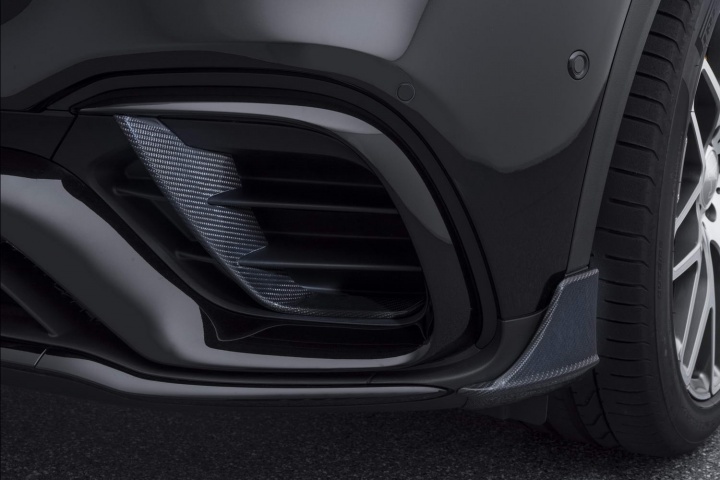 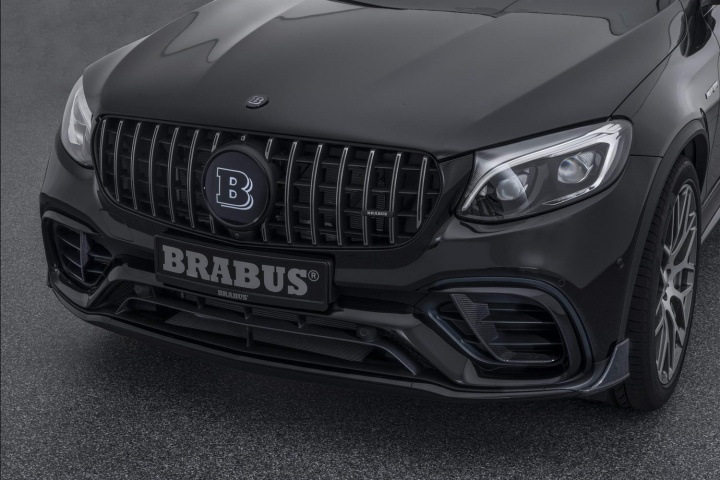 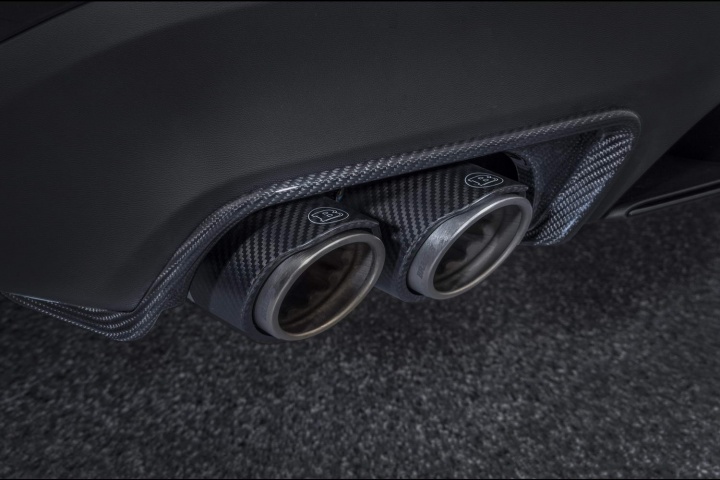 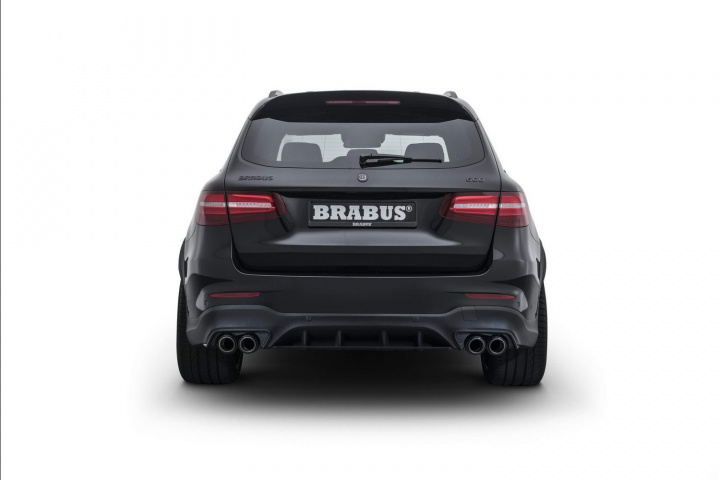 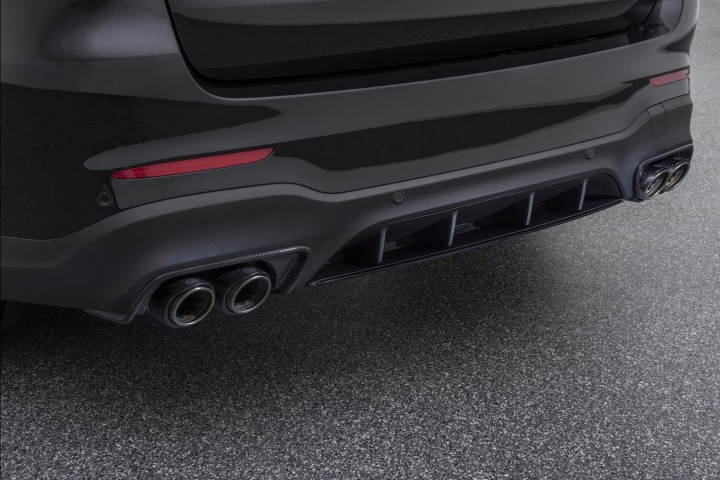 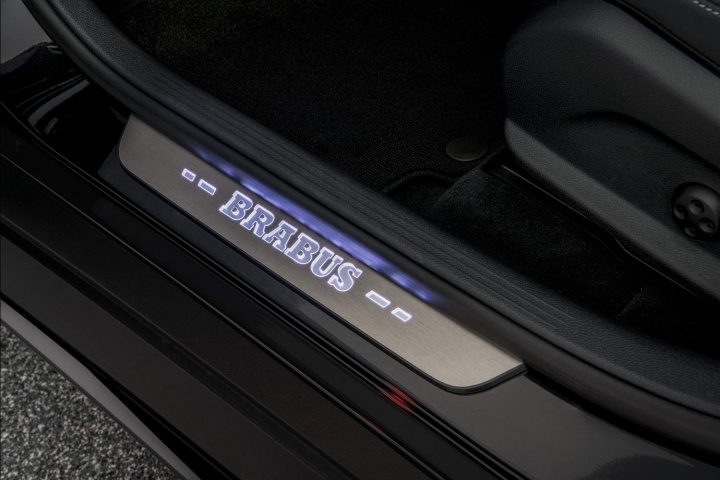 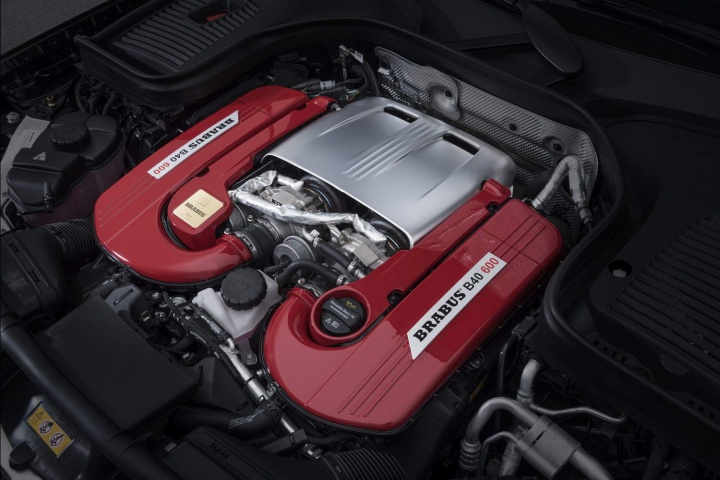 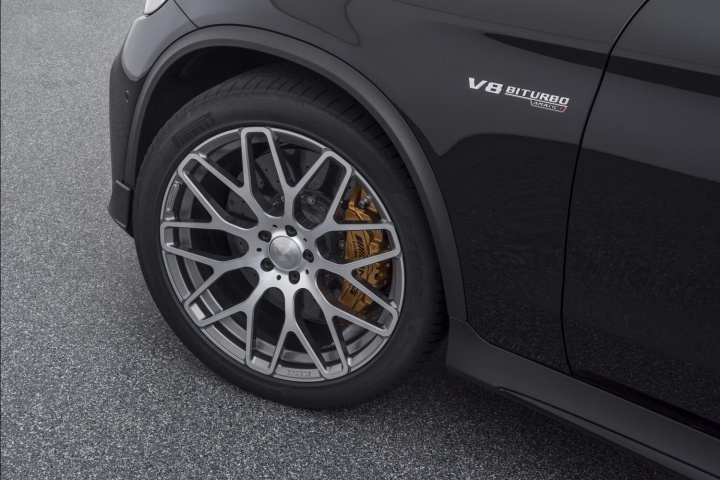 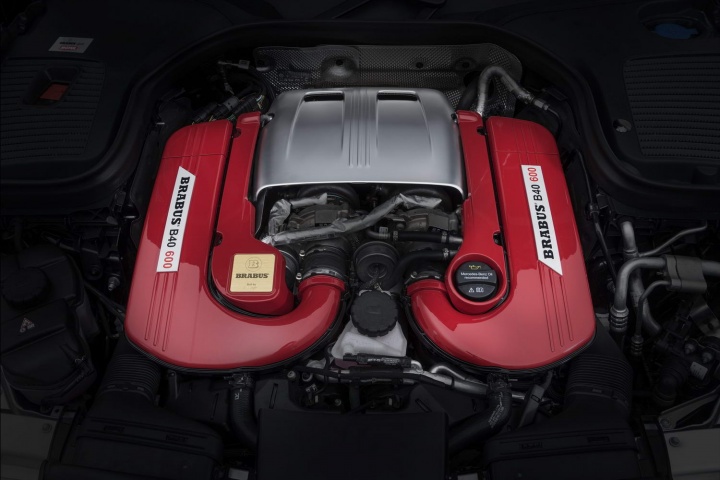 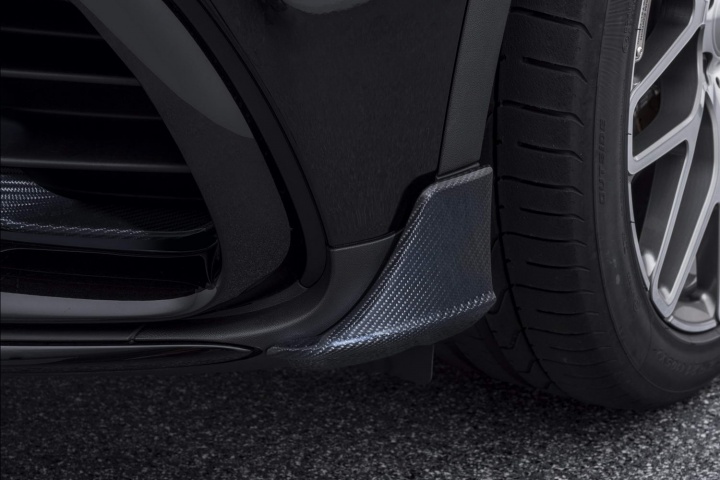 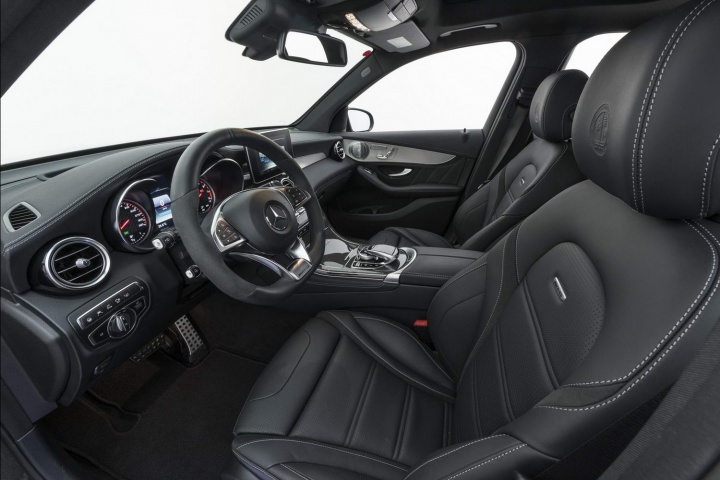 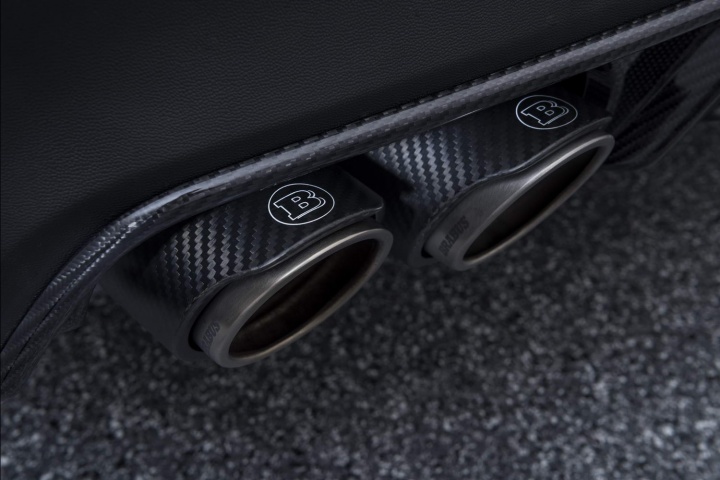 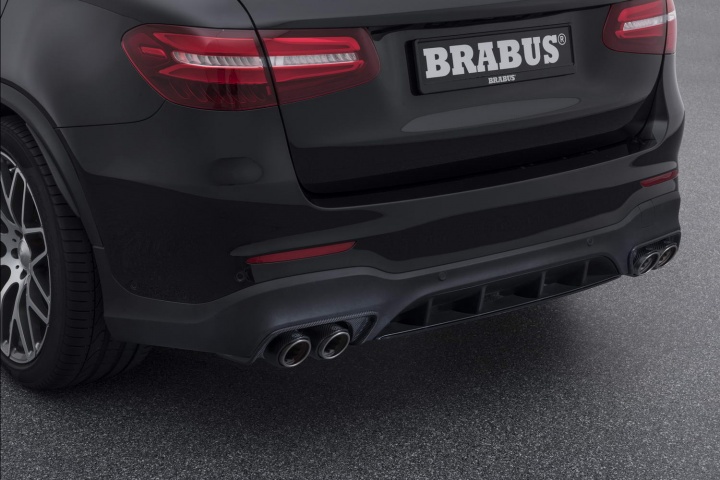 The German tuner, Brabus, has released a ferociously powerful version of the Mercedes GLC SUV.

Mercedes tuner, Brabus, has released an uprated version of the already-lively Mercedes-AMG GLC 63 S, essentially the hot SUV version of the company's C-Class saloon. It's called the Brabus 600 and the donor car starts out with a 4.0-litre twin-turbo V8 petrol engine, developing 510hp.

Brabus then reprograms the ECU, fettling the injection and ignition mapping and upping the boost pressure in the turbos to ramp up the power output by a not-inconsiderable 90hp to 600hp, along with 800Nm of torque. The net result is a 0-100km/h time of 3.6 seconds and a top speed limited to 300km/h, which puts it up in Lamborghini Urus and Bentley Bentayga territory, crucially leaving Porsche's Macan and Cayenne Turbos behind in the out-and-out performance stakes.

The ordinary GLC is available in standard SUV and coupe-SUV forms and the Brabus version is no different. There's a lot of bare carbon-fibre around the outside and though it's all largely aesthetic, some of the additions made around the front bumper and the fascia are intended to reduce front-axle lift at high speeds. That carbon-fibre also surrounds the quad-tailpipes that themselves are made from a blend of titanium and carbon-fibre - more of those anon. The ride height is 30mm lower than the original GLC thanks to Brabus's work on the air suspension, which makes the car look more purposeful and theoretically improves the dynamics due to a lower centre of gravity. The Mercedes badging is mostly gone, the tristar on the grille replaced by an enormous goofy-looking "B".

Inside is the usual sporty-luxury mix of leather, wood and that suede-like wonder-fabric Alcantara (a durable blend of polyester and polyurethane developed in a Japanese laboratory in the '70s, in case you didn't realise).

One interior gadget that deserves a mention is the device to control the exhaust note. Whilst opinion is divided on the merits of synthesised exhaust sounds, this control unit in the Brabus 600 allows drivers to open a series of flaps to hear that V8 at full bellow or to select "Coming Home" mode, which quietens everything down, presumably so as not to annoy your neighbours.

There's an array of Brabus wheels available for the 600. They range from 19 inches in diameter to a truly colossal 22-inch set with 10-inch wide tyres.