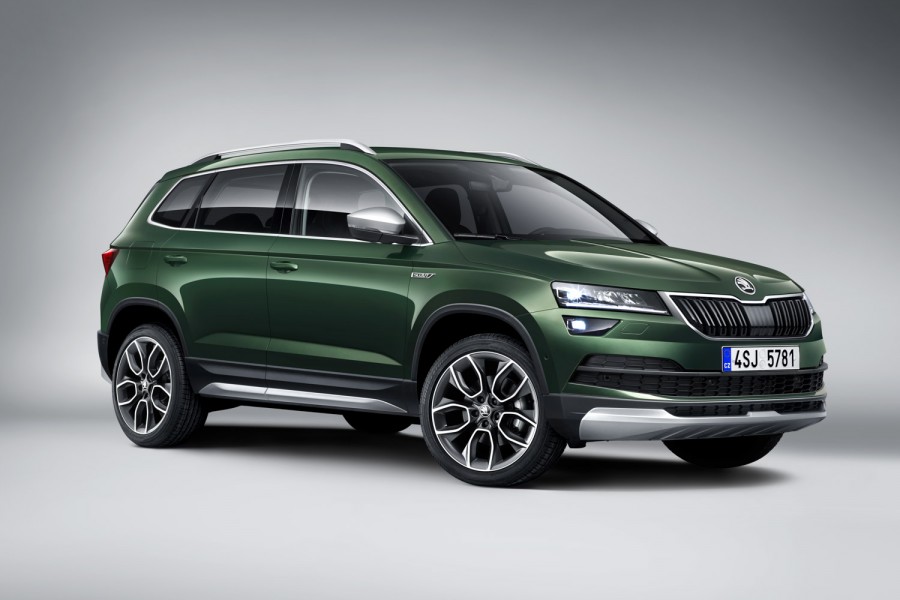 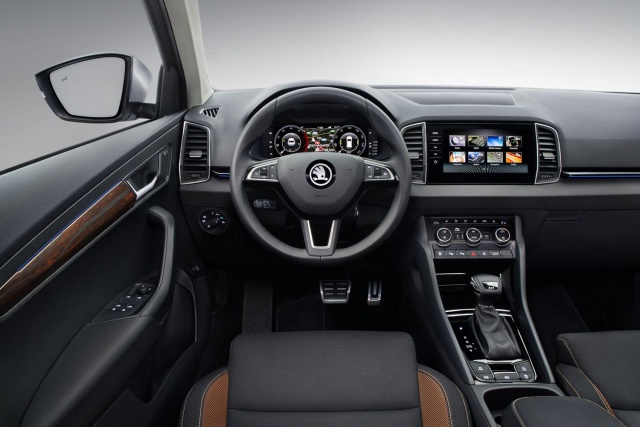 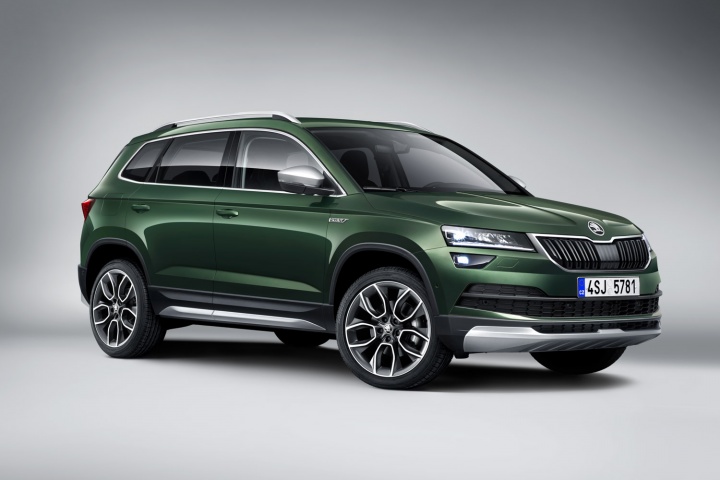 Skoda has shown off its new Karoq Scout, ahead of a full public debut for the model at the upcoming Paris motor show. As with other Scout models (Octavia and Kodiaq mostly) the Karoq Scout will come with four-wheel drive and some extra styling stick-on bits to make it look a bit more rugged.

Engines will range from the 150hp 1.5-litre TSI turbo petrol unit, to two diesels; the familiar 150hp and 190hp versions of the 2.0-litre TDI four-cylinder unit. A six-speed manual gearbox is standard, and a seven-speed DSG automatic is available as an option.

On the outside, the Karoq Scout gets both chrome and silver-coloured bodywork styling elements, wheel-arch protectors, and polished 18-inch 'Braga' alloy wheels (you can have 19-inch 'Crater' rims as an option). You also get tinted windows, and mudguards with Scout logos.

The cabin gains new seat cover designs with contrasting black-brown stitching, and they're embroidered with a Scout logo too. There's a multi-function steering wheel, with leather trims, stainless steel pedals, and an LED lighting package with an ambient light function.

The Karoq Scout also gets Skoda's all-digital Virtual Cockpit instruments, which can be tweaked and altered according to taste and need, there's an off-road mode selector, and a wifi hotspot and LTE internet connection too.

There's also an optional electric tailgate that can be opened by kicking your foot under the bumper, and can close just by gently pressing on the hatch itself. The boot gets a variable load floor, and there are storage nets on the backs of the front seats, and on the centre console.

The Karoq Scout will put in its first proper appearance at the Paris motor show in October, and will be on sale by the end of the year.