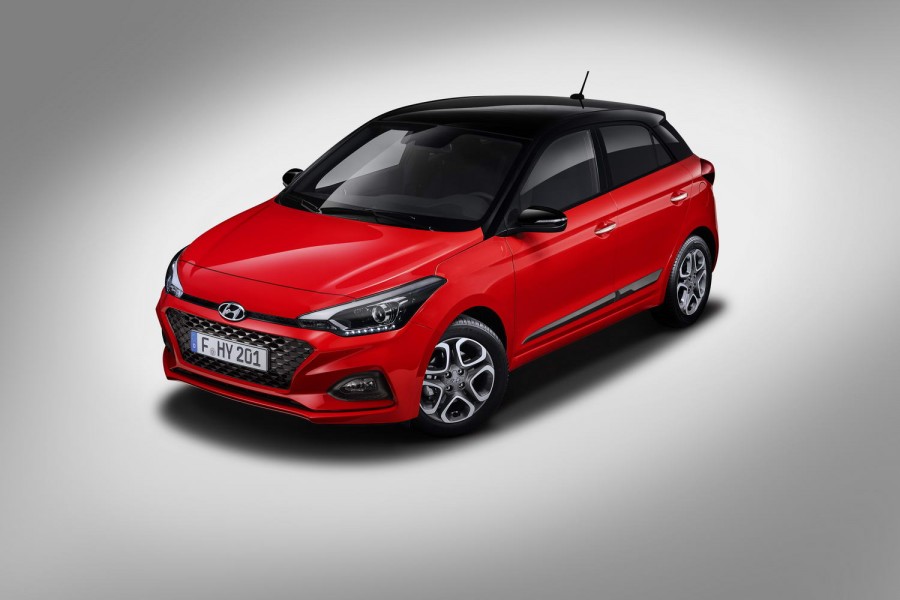 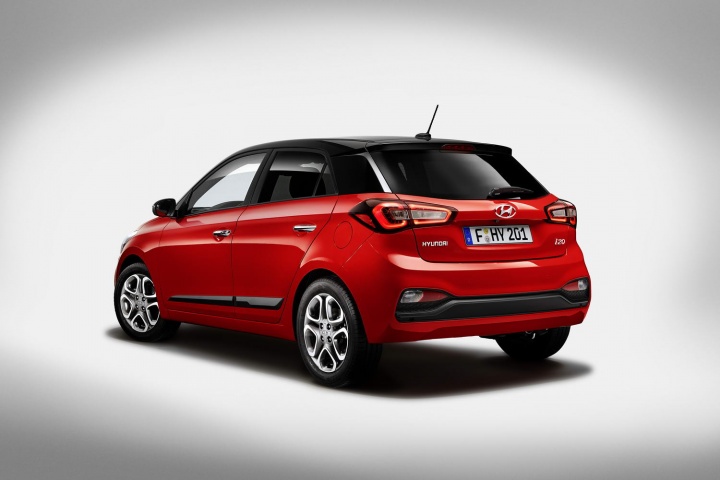 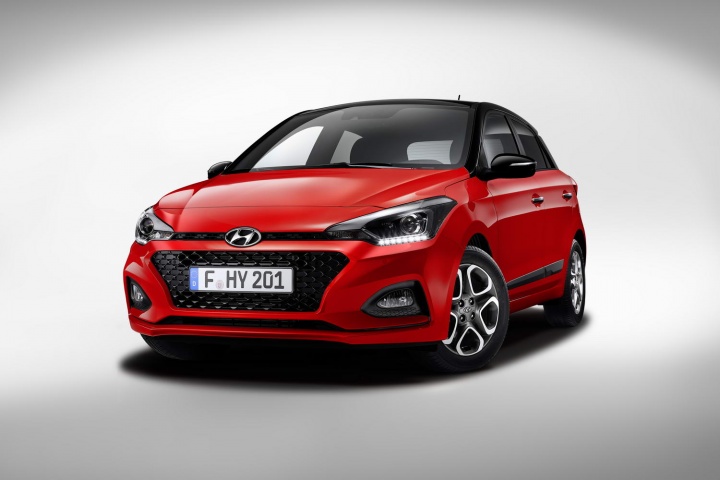 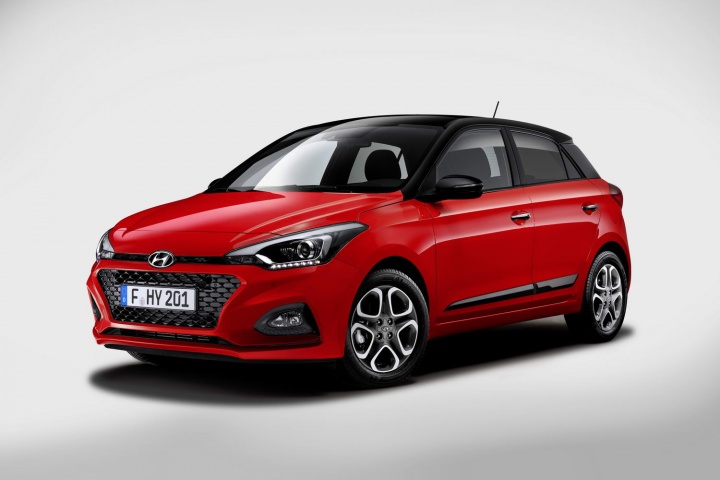 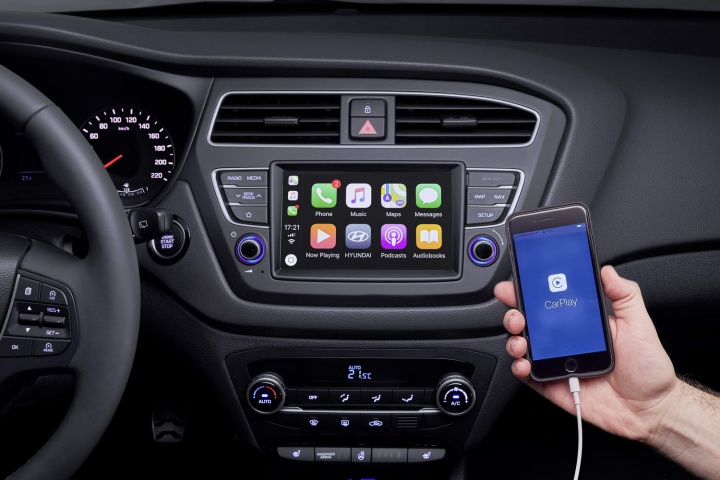 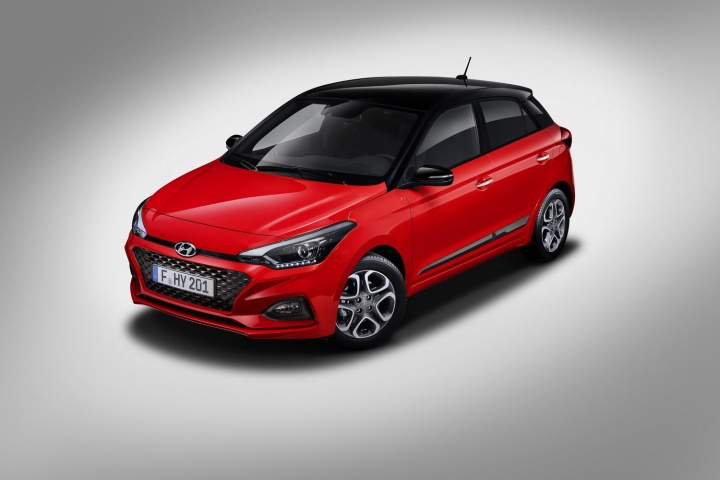 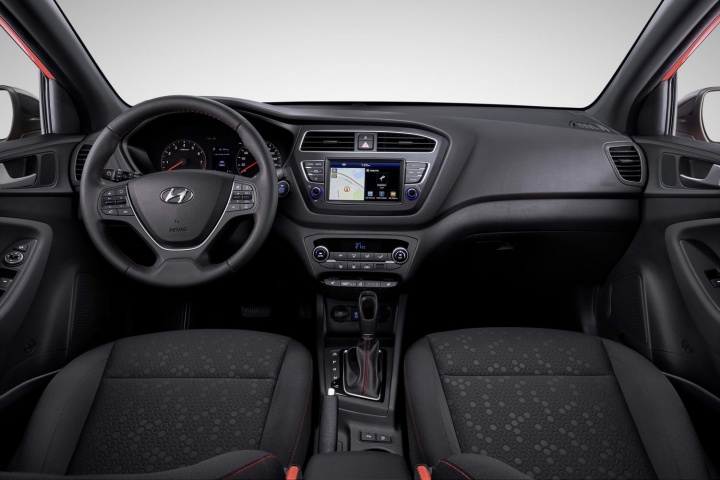 Hyundai is refreshing its i20 three-door 'Coupe' and five-door hatchback supermini line-ups, as part of a midlife model facelift following their launch in 2015.

Subtly massaged looks on the outside are easier to spot from the rear than they are at the front of the i20. That's because the rear number plate has moved, from the bumper into the tailgate. This necessitates several changes, such as re-sculpting of the hatch itself, a new design of rear bumper and some combination lamp clusters that, if we were being a touch unkind, look a bit Toyota-esque. At the front, it's much more discreet; the intake grille is now the 'Cascading' design, which means it has slightly S-shaped sides, and the bumper is restyled too. Fresh designs of 15- and 16-inch alloy wheel for the five-door hatch are introduced, as are three new shades of paint to make up an eight-strong palette: the newcomers being Tomato Red, Champion Blue and Clean Slate.

Inside, Hyundai has ramped up the connectivity, with all models now getting at least a seven-inch Display Audio, with Apple CarPlay and Android Auto across the board. Above this level, there's a seven-inch touchscreen infotainment system with navigation, media and Live Services. A USB socket and a 326-litre boot ensure the i20 remains a very practical choice in this sector.

Hyundai continues with an array of petrol engines in the i20, with no diesel listed - meaning the old 1.4-litre has fallen by the wayside. Choose from a 1.2-litre, four-cylinder 'Kappa' unit that delivers either 75- or 84hp through a five-speed manual gearbox to the front wheels, or opt for the turbocharged, three-cylinder T-GDI unit, with either 100hp and five speeds, or 120hp and six speeds. However, as a first for the i20 family, the 100hp T-GDI can now be optioned up with a seven-speed dual-clutch automatic transmission. Saying all that, Irish market availability for these powertrains has yet to be firmed up.

"The i20 is one of our DNA models and has continuously been one of our top-selling cars in Europe for a decade," said Andreas-Christoph Hofmann, vice-president for Marketing and Product of Hyundai Motor Europe. "The i-range is the strong foundation of our brand's success in Europe. By updating the new i20 in design, safety, connectivity and powertrain line-up, we are continuing to meet the expectations of our customers to ensure the ongoing success of this model range."