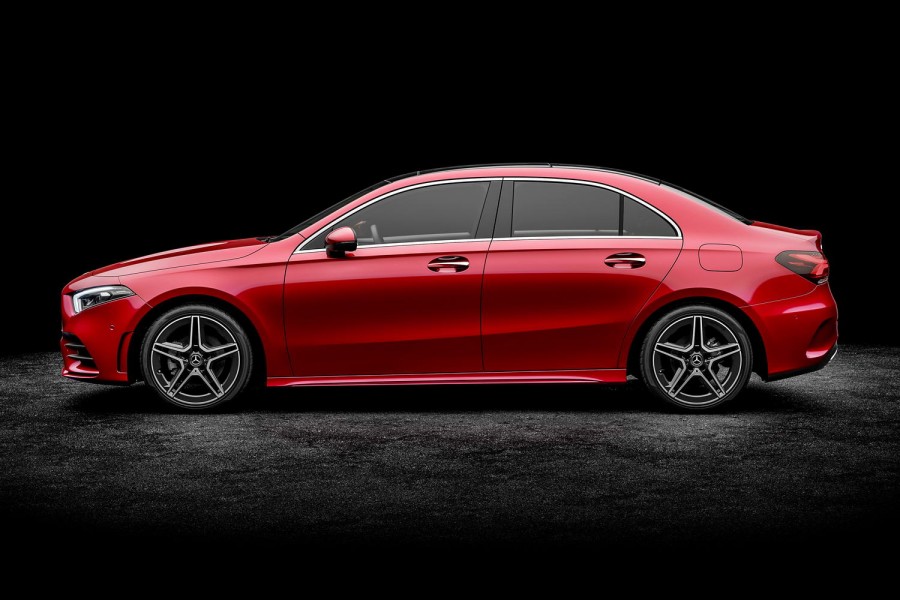 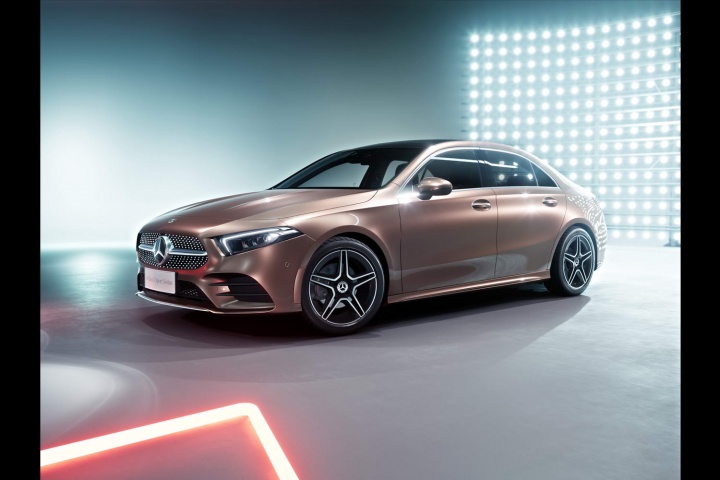 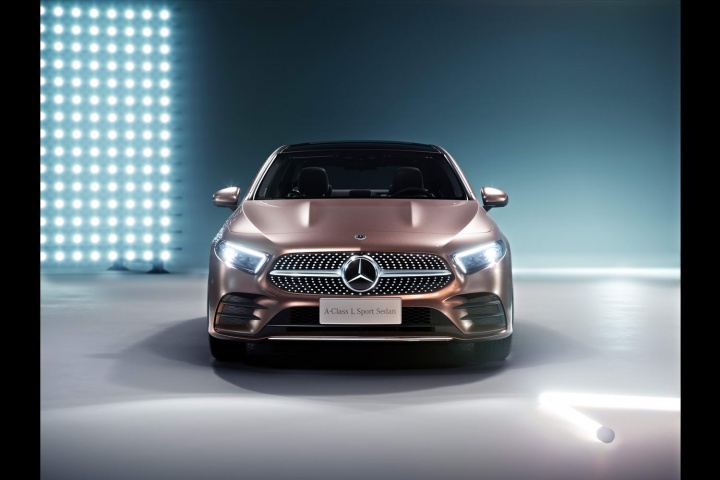 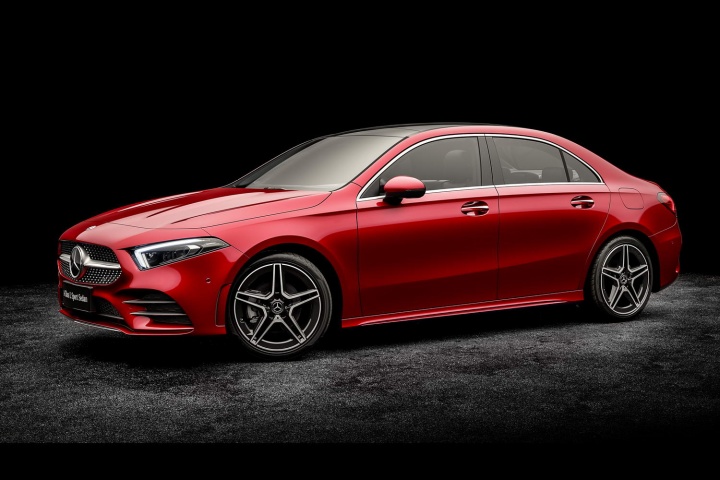 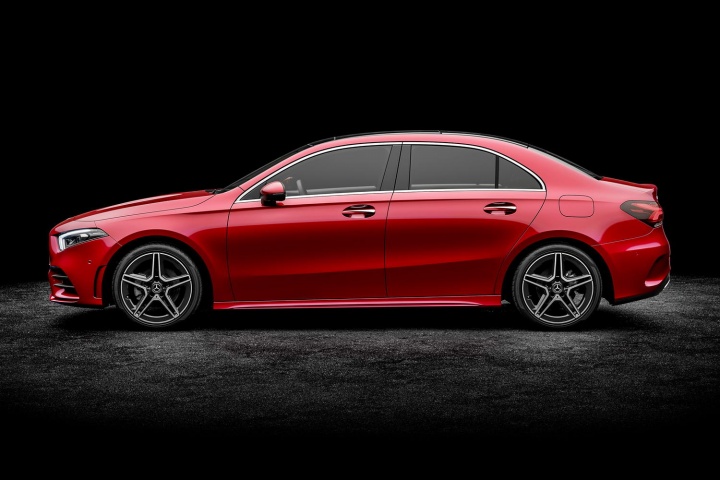 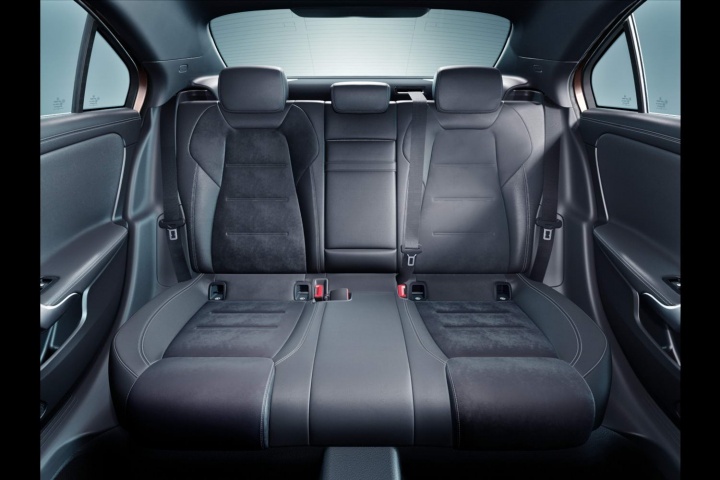 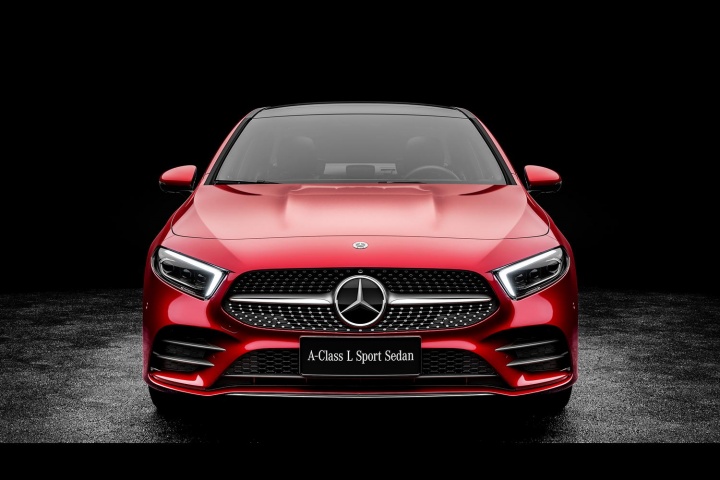 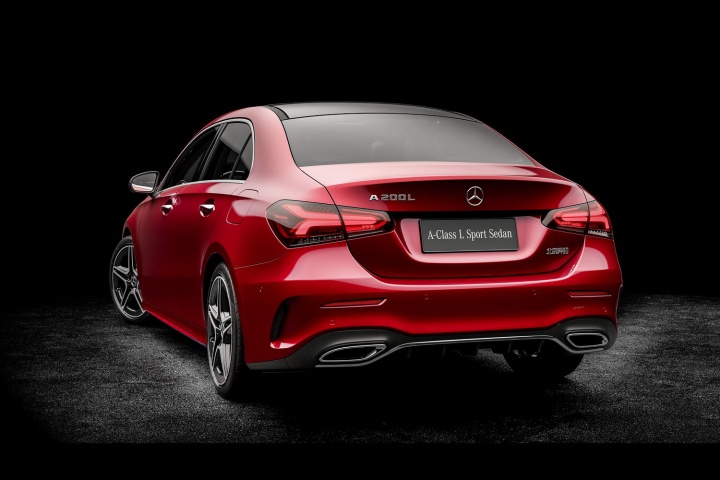 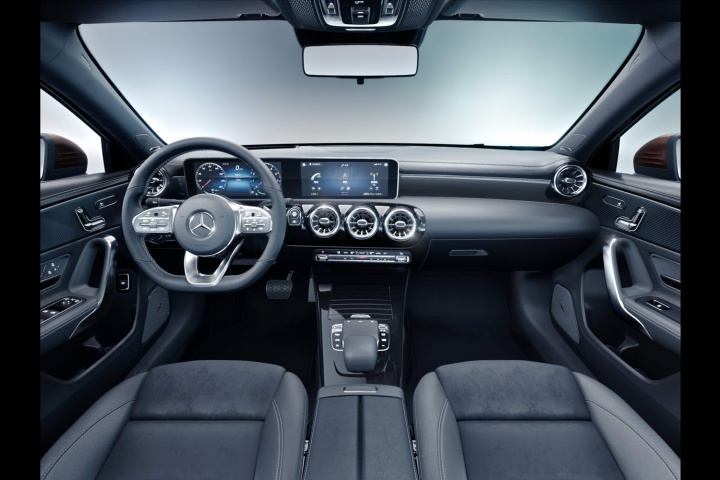 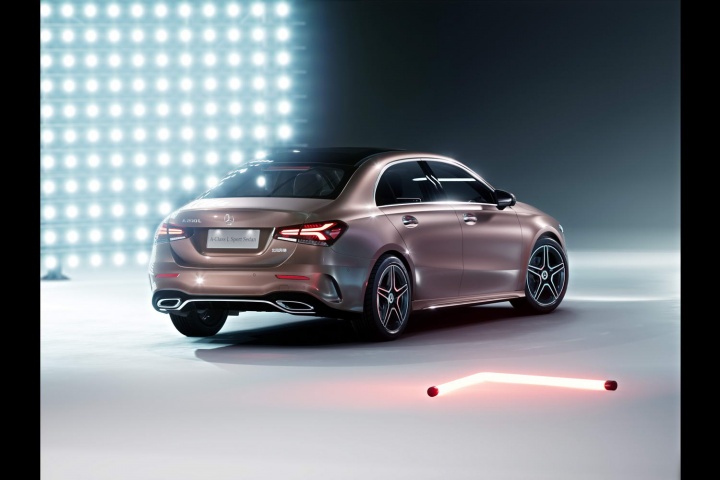 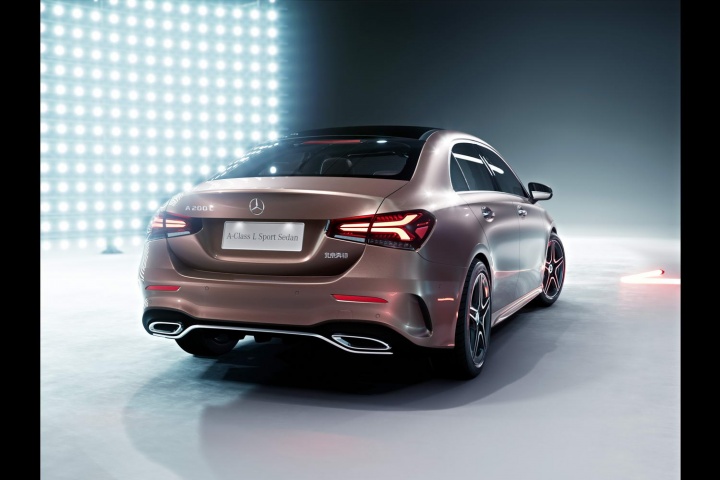 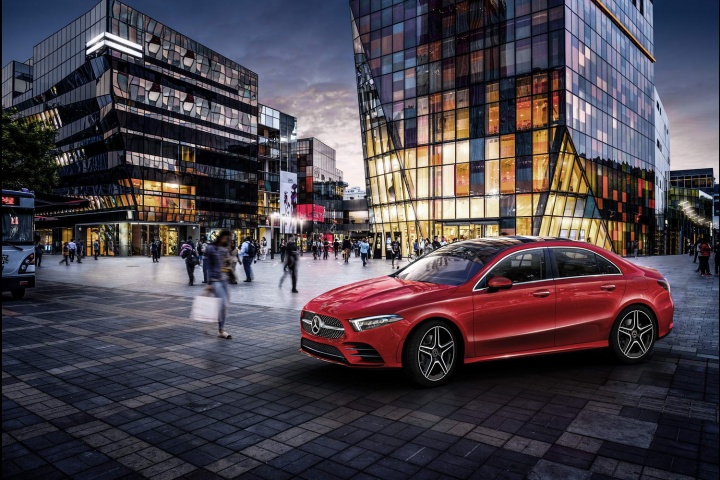 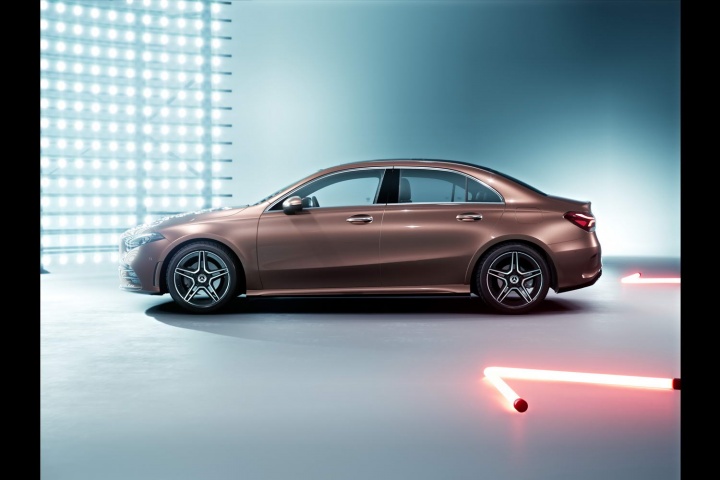 Mercedes-Benz A-Class L Saloon launches in Beijing, and could come to these shores.

This is the Mercedes-Benz A-Class L Saloon, revealed at Auto China in Beijing. It's the first derivative built upon the same underpinnings as the recently-launched fourth-generation A-Class hatchback, but at the moment, it is purely destined for the Chinese market.

With a wheelbase 60mm longer than the hatch at 2,789mm, the A-Class L Saloon is built exclusively at Beijing Benz Automotive Co (BBAC), a joint venture between Mercedes and its Chinese partner BAIC Motor. And, visually, it's all pretty much identical to the European-built A-Class, until you get halfway along the rear doors, whereupon the L Saloon's distinguishing notchback features come into play. Two versions of the L are available, these being the regular Saloon and then the Sport Saloon, which has power domes on its bonnet.

At the back, the boot lid cuts into the rear light clusters, these two-piece items being wider to emphasise the car's width, while the reflectors have been repositioned lower down in the bumper. Wheel sizes are 16 to 19 inches in diameter, while Rose Gold is an exclusive paint finish planned only for the Chinese market. Inside, it is almost identical to the A-Class hatch, although the longer wheelbase means there's more room for passengers in the back of the L Saloon. At the back, the boot has a capacity of 420 litres.

Mercedes will launch the A-Class L Saloon with an all-aluminium 1.33-litre, four-cylinder engine, that delivers either 136- or 163hp and which also features cylinder deactivation to save fuel. Following on from that engine will be a 2.0-litre four-cylinder unit, with 190hp. All feature the 7G-DCT twin-clutch transmission as standard.

Although the L Saloon is built in China, for China, Mercedes says a 'version of the saloon tailored to the needs of customers outside China' will launch in the second half of this year, like the L Saloon itself. This likely means a standard wheelbase four-door model for Europe, to take on the Audi A3 Saloon.