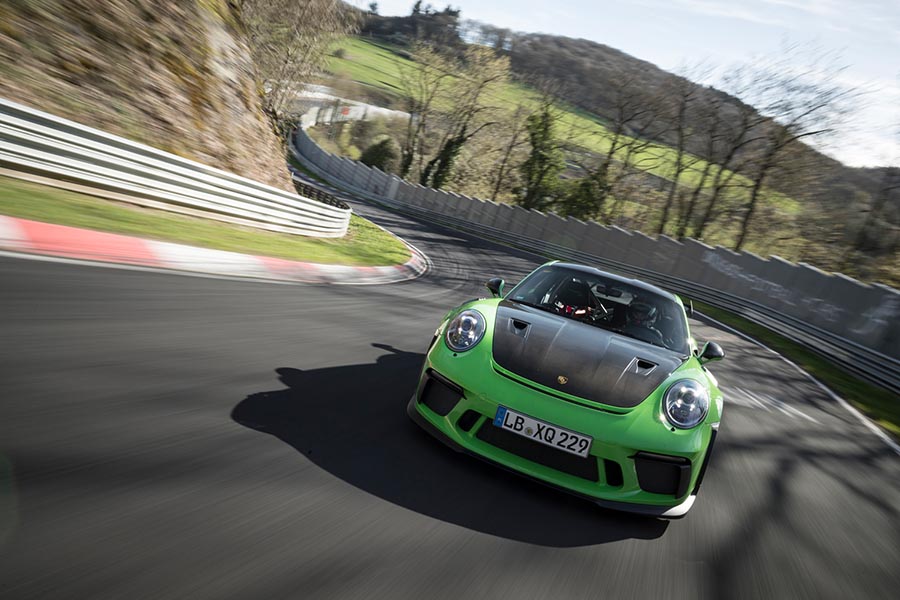 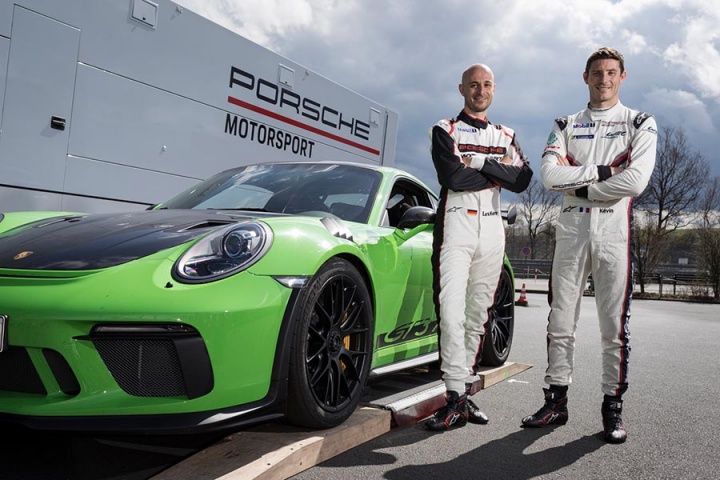 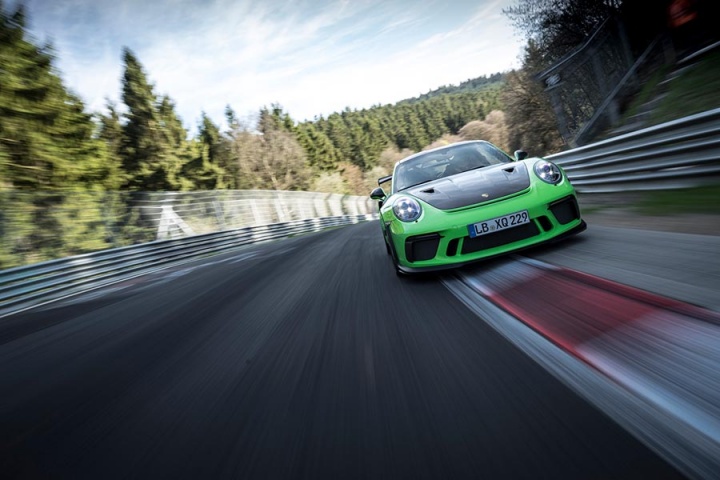 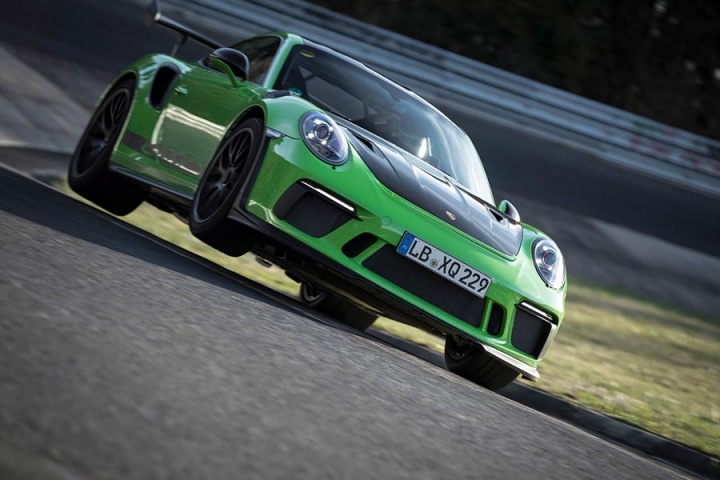 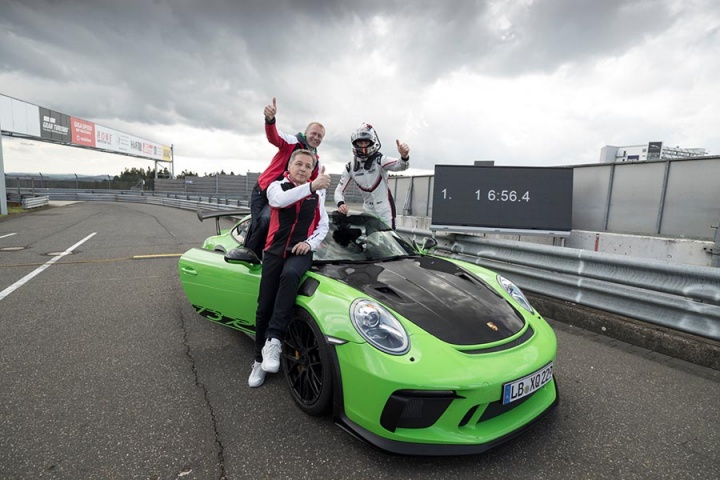 In the hands of French Porsche works race driver Kevin Estre, the 520hp GT3 RS managed to dip under the seven-minute mark - a time which puts it in an extremely exclusive club of just eight road-legal machines to get around the 20.6km course in such short order.

Incredibly, the GT3 RS is only ten seconds or so slower than its mighty turbocharged brother, the GT2 RS, which lapped the track in 6mins 47.3secs and which has an additional 180hp/290Nm to play with, and the new benchmark actually makes the GT3 RS marginally quicker than the 899hp 918 Spyder hybrid-hypercar (6m 57secs), built from 2013-2015.

Frank Steffen Walliser, Porsche's vice president for Motorsport and GT Cars, said: "No other Porsche model gets as close to racing as the new GT3 RS. Many innovative ideas from top-level motorsport were transferred; for example, from the 911 GT3 R. This is what our philosophy for GT models is about: highest technology must be fascinating but tangible. In this regard, there is no harder test for our ideas than the Nordschleife."

Andreas Preuninger, director GT Model Line, added: "All four lap times of both drivers were below seven minutes and only tenths of a second apart. This proves not only the outstanding power of the GT3 RS, but also its extraordinary driveability at the limit. A perfectly composed overall system allows for highly dynamic performance, even with a relatively modest engine power. For a driver, each of the car's thousands of parts have to feel like one - that's an unbeatable strength of the GT3 RS."

Estre began his lap late morning, with the air temperature at 14 degrees C and the track at 18 deg C - ideal conditions. "This lap was a sensational experience for me," he said afterwards. "Through the fast corners and on the brakes in particular, the GT3 RS is unbelievably close to our racing car GT3 R. This is also thanks to the new generation of tyres for road going sports cars. I like the engine of the GT3 RS a lot. Up to 9,000rpm from a six-cylinder engine just feels fantastic. The sound is a dream and the torque is massive."

The lap record-setting car was equipped with the latest-generation Michelin Pilot Sport Cup 2R tyres, which are fully compliant with EU and US law, but this rubber will be a cost option on the GT3 RS.