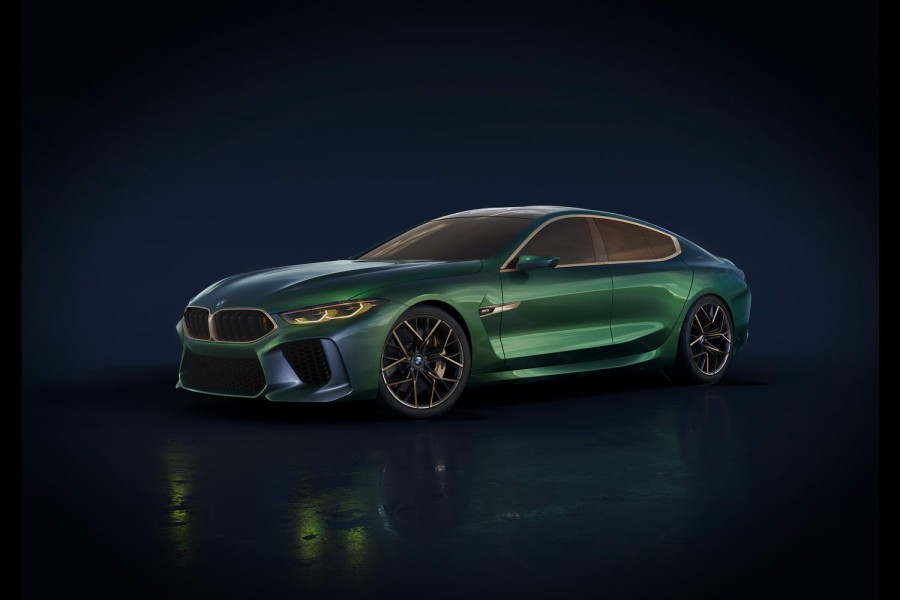 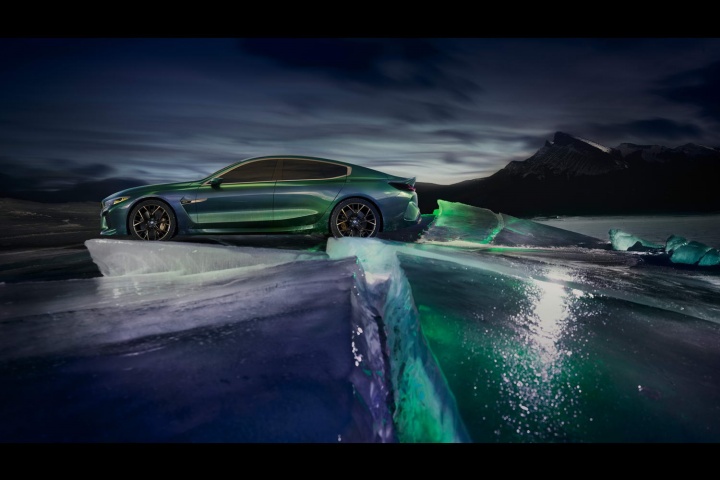 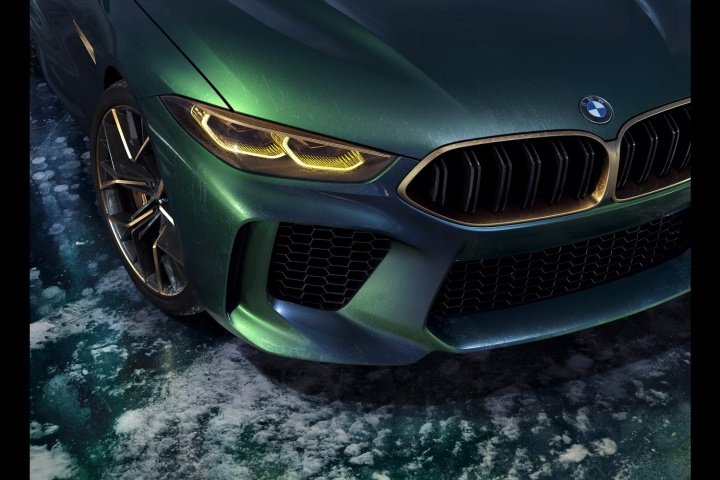 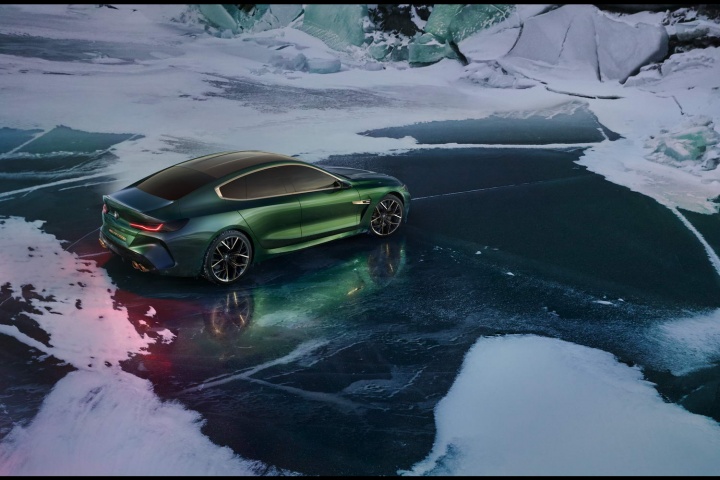 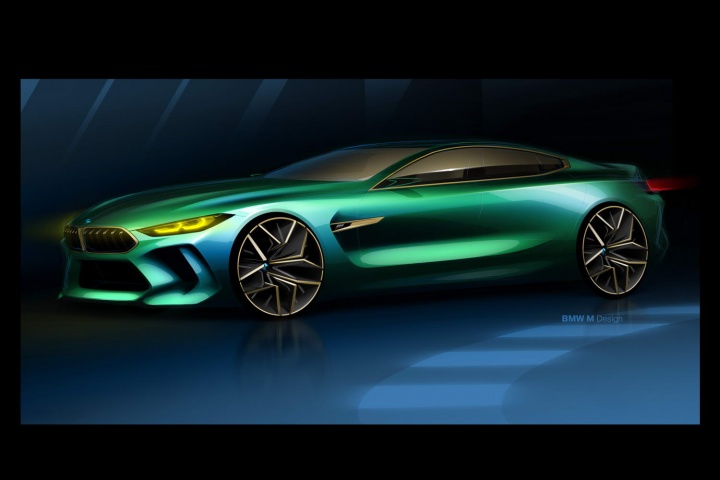 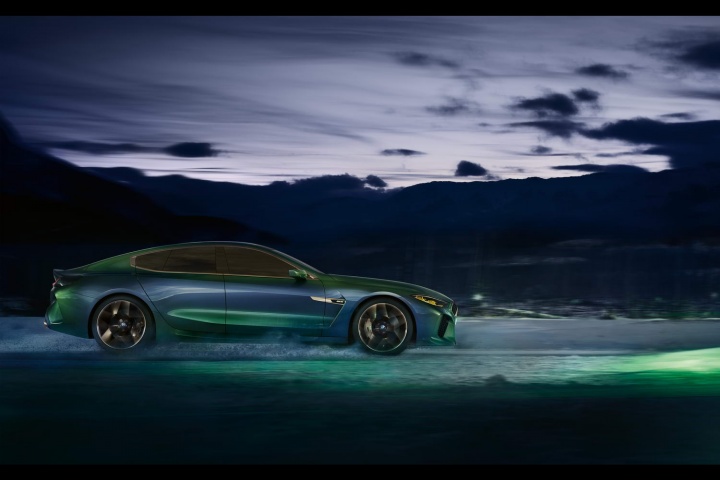 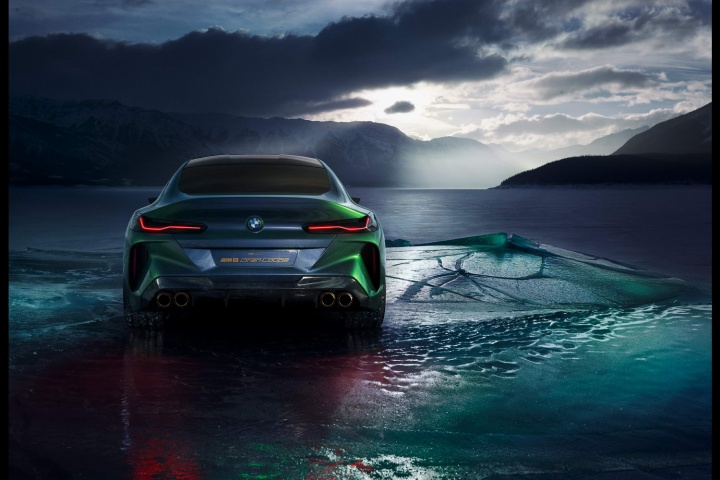 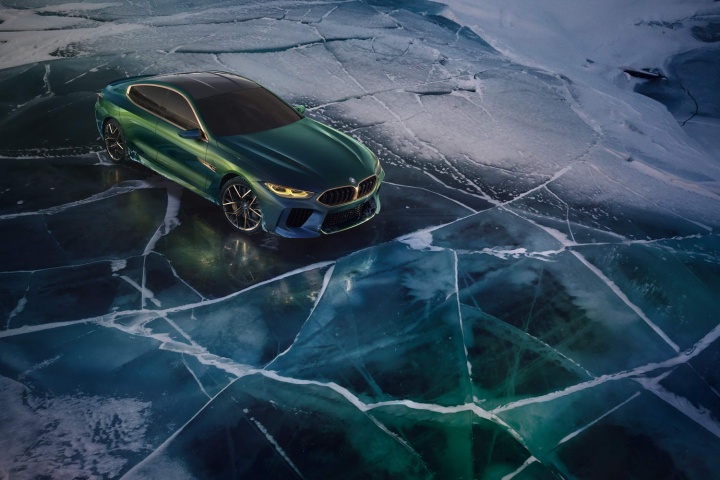 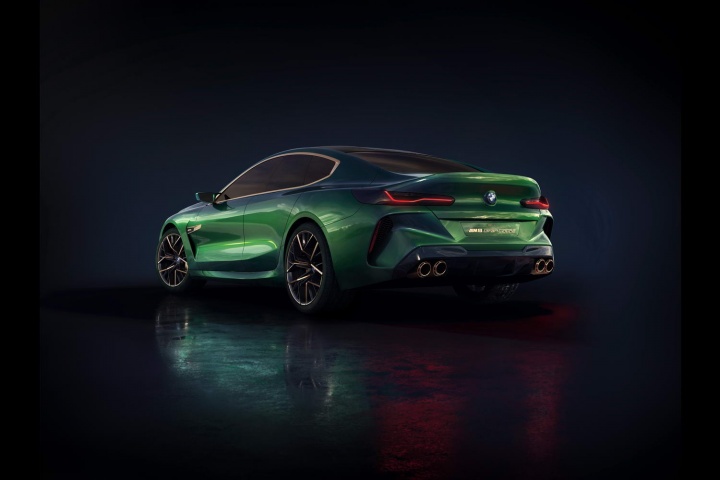 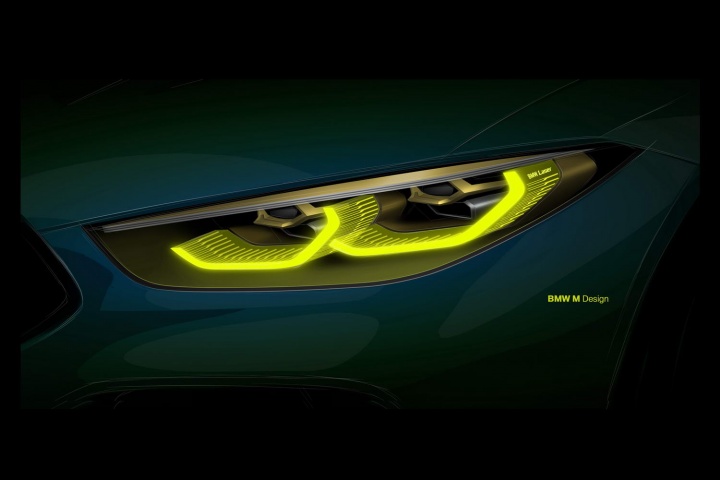 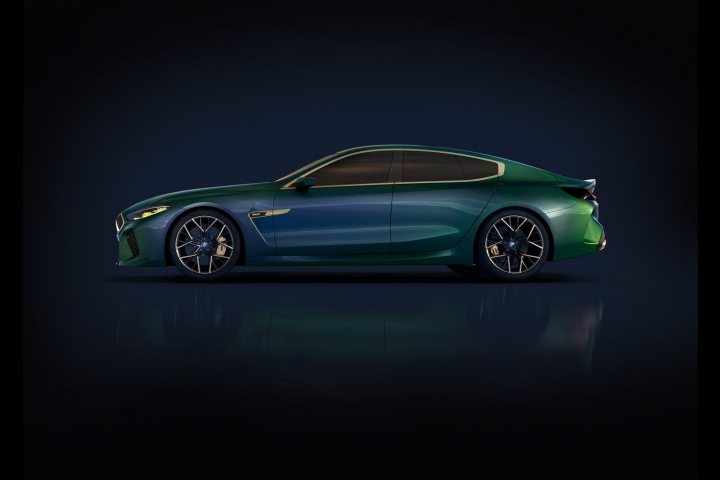 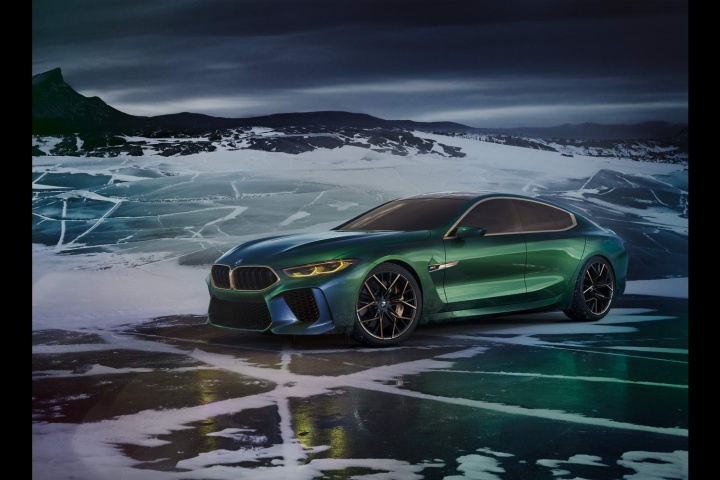 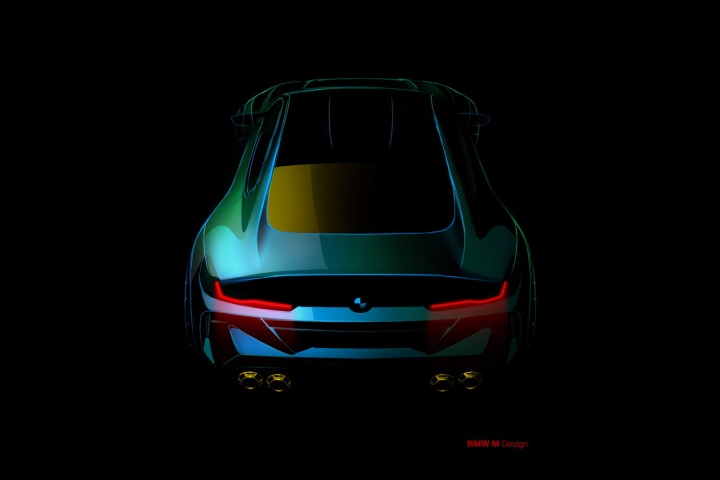 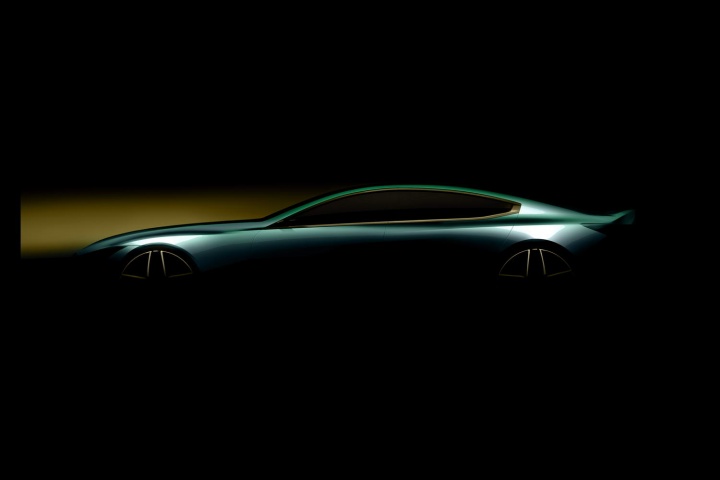 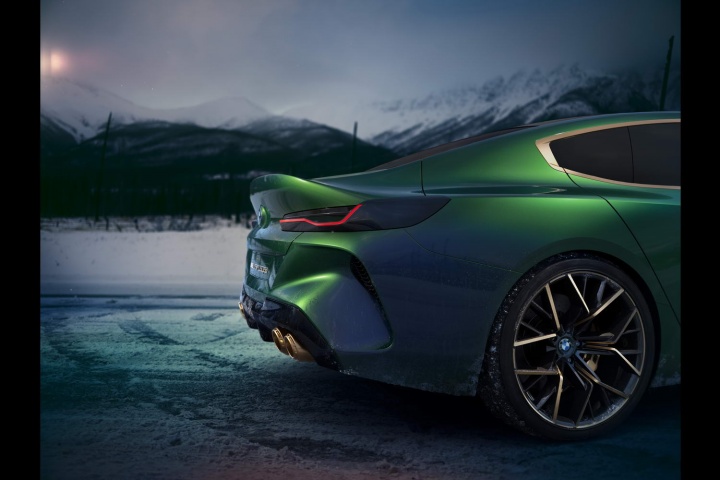 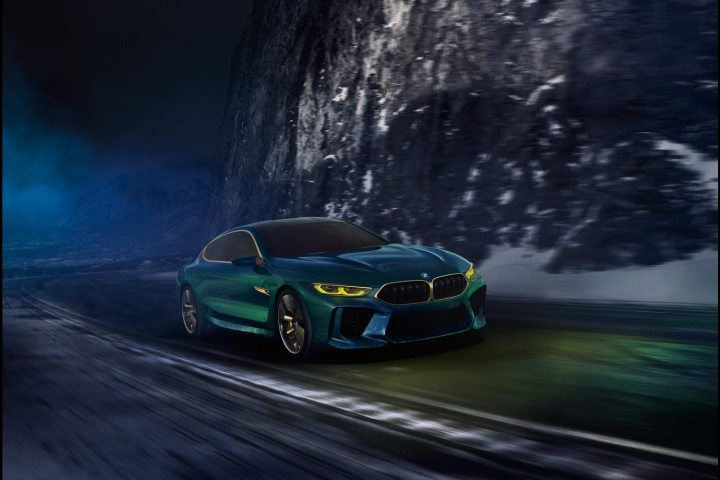 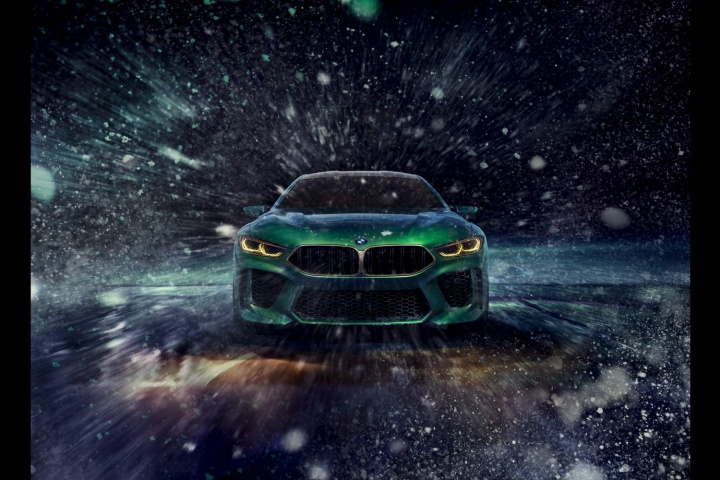 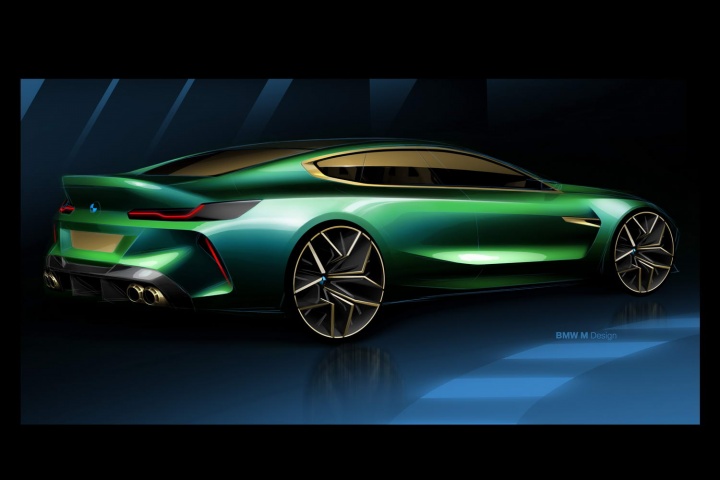 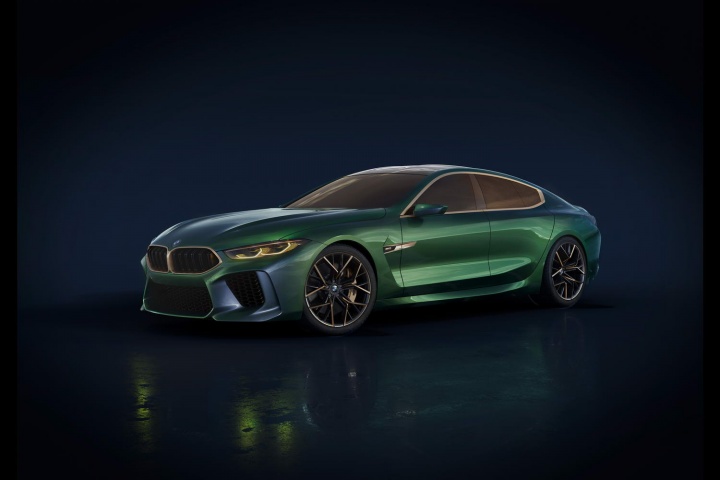 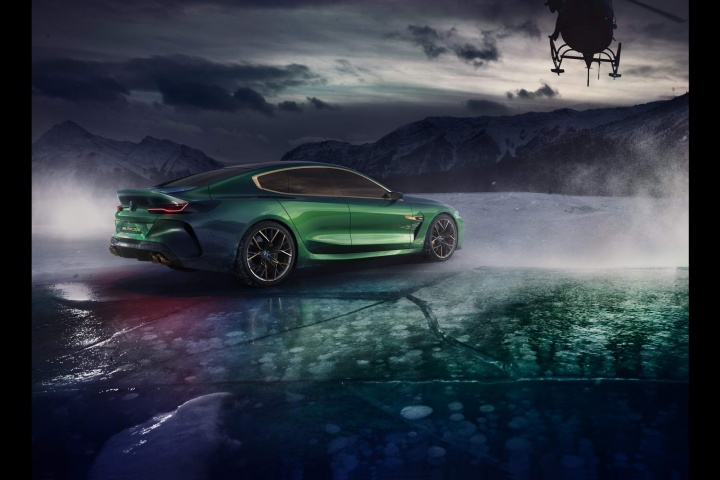 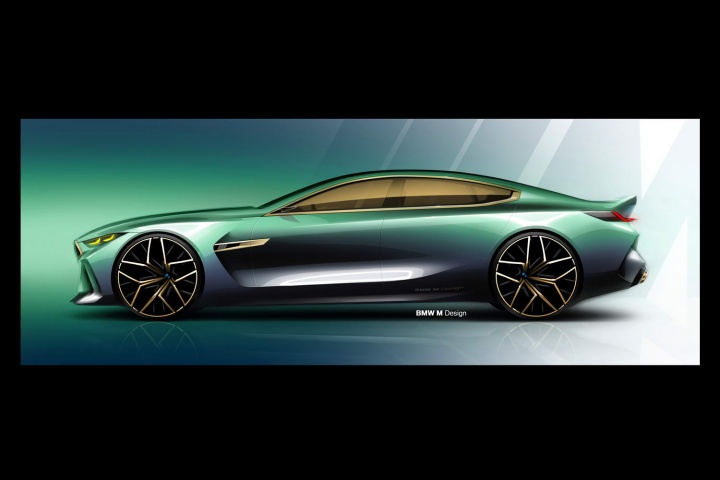 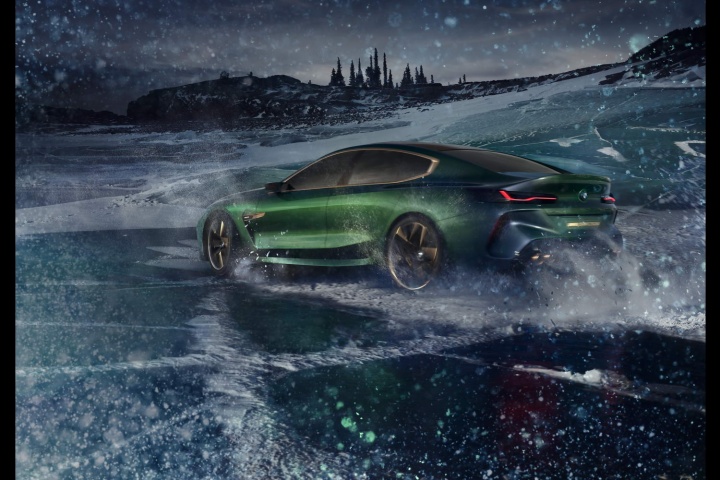 This is our clearest look yet at what the forthcoming BMW M8 will look like. This glorious machine is the BMW Concept M8 Gran Coupe and while it is only a styling exercise, making a dramatic debut at the Geneva Motor Show, BMW has done this before - the M3 CSL and E60 M5 both had 'concept' show versions that went into production virtually unchanged.

Without further ado, we'll get straight into some words from Adrian van Hooydonk, the senior vice-president for BMW Group Design, who explains: "The BMW 8 Series will take over as the new flagship model of the BMW line-up and, as such, combines unsurpassed sportiness and elegance. The BMW Concept M8 Gran Coupe offers a look ahead to the most exotic and alluring variant of the new BMW 8 Series."

All we can talk about here is the car's appearance; as yet, BMW is playing its cards close to its chest as regards the interior finishing and the drivetrain spec. But the Concept M8 Gran Coupe shows off the German company's design language going forward, which is to be characterised by 'expressive surfacing that accentuates the car's dynamism more vividly than before through its bodywork.'

Starting at the front, the kidney grilles feature a new profile, in that they significantly widen from the top to the middle. They're also surrounded by a one-piece grille trim, a design element that was once seen on BMW coupes of yore. The oh-so-slim headlight clusters, which feature the 'double hexagon' motif that has become BMW's trademark and which can be seen on the racing M8 GTE, will be another marque-wide feature on all models going forward, while at the bottom the gaping air intakes are rendered in carbon fibre-reinforced plastic (CFRP).

If the M8 Gran Coupe looks good from the front, the side profile is even more breath-taking. It is dominated by a long wheelbase and a really long bonnet, with a short tail ensuring that the four-door machine has a true coupe profile. Bold swage lines, one running along the shoulders and one emanating from the vertical vent just aft of the front wheels, culminate in the C-pillar of the BMW and beneath the rear screen, two fins tie in the roofline to the rear spoiler. That roof, by the way, like many recent M coupes, is made of CFRP to lower the car's centre-of-gravity. And to look cool while doing so.

Even the wing mirrors are aerodynamically optimised, but as we move round to the back, we see some real visual muscle. Quad tailpipes, de rigueur M Power attire, sit below a smooth backside with some strong, horizontal lines, emphasising the car's width. Again, mean-looking, slim light clusters help, as does the integrated boot spoiler and those two whopping air outlets at the edges of the bumper. A diffuser confirms the car's aero abilities and gives it the motorsport cred for which 'M' stands in the first place.

Finally, the whole Concept M8 Gran Coupe is finished in Saleve Vert, a hue that shifts from green to greyish-blue in certain lights. Contrasting that are gold details, around the kidney grilles at the front, for the window surrounds in profile, for the M gills on the front wings, for the brake callipers and the alloy wheel highlights, and on the four exhaust finishers at the rear.

"The BMW Concept M8 Gran Coupe is designed to stir things up, to polarise - it should move you emotionally," said Domagoj Dukec, vice president of design for BMW M and BMW i. "With this car, we want to reach people who are looking for something special and who want to stand out from the crowd. Here, BMW M is unmistakably taking luxury out of its comfort zone."