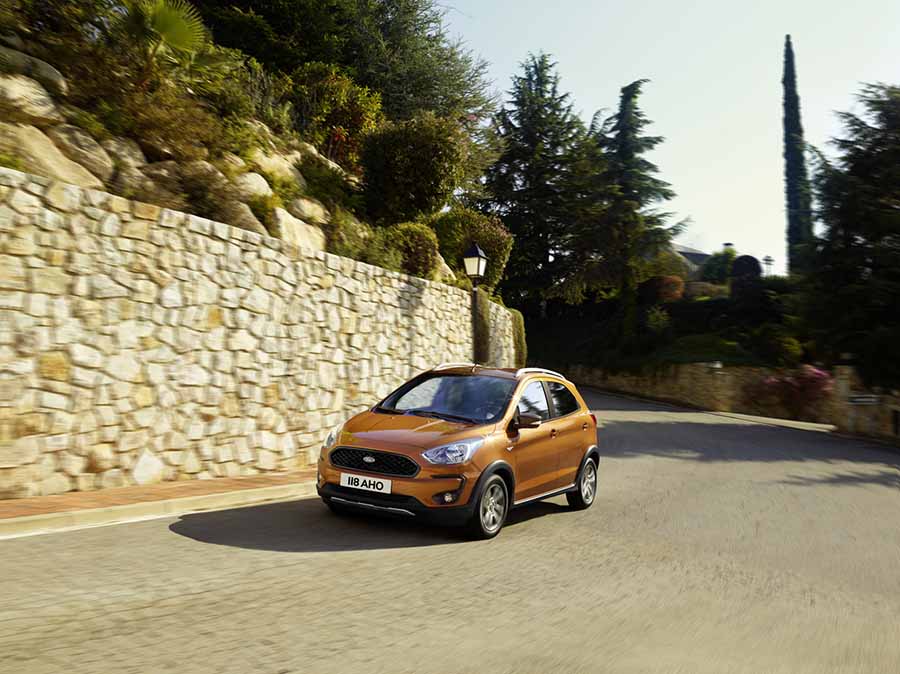 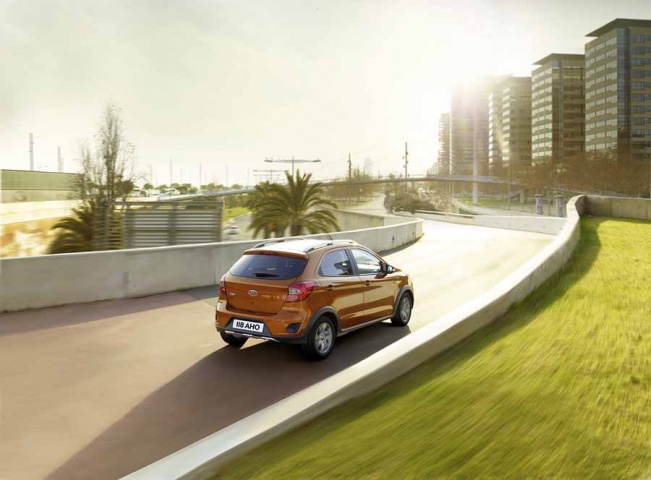 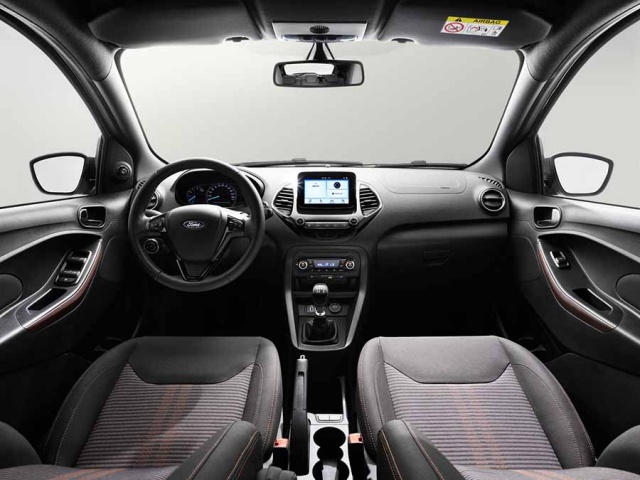 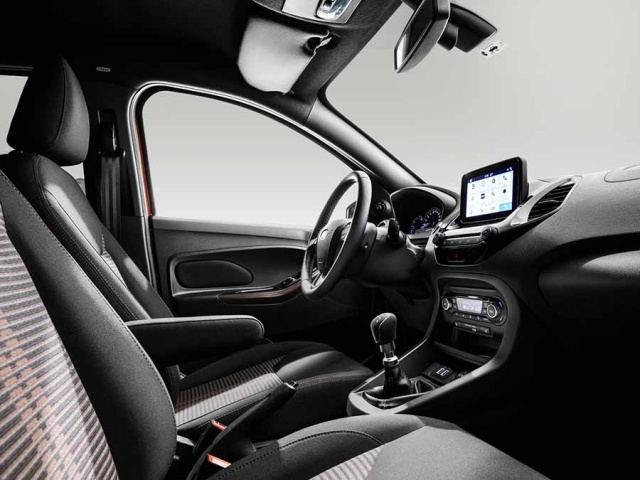 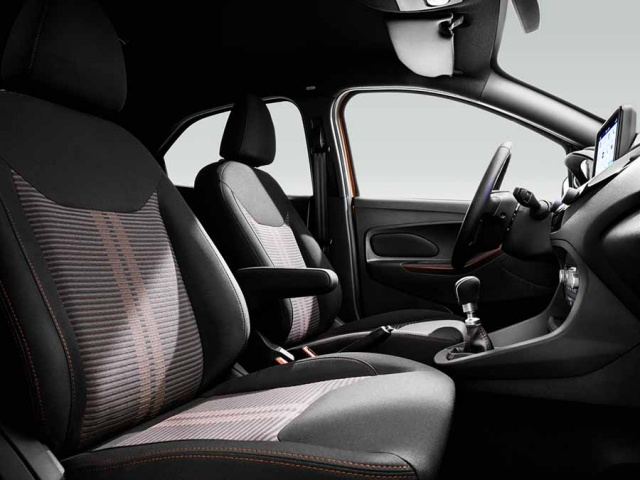 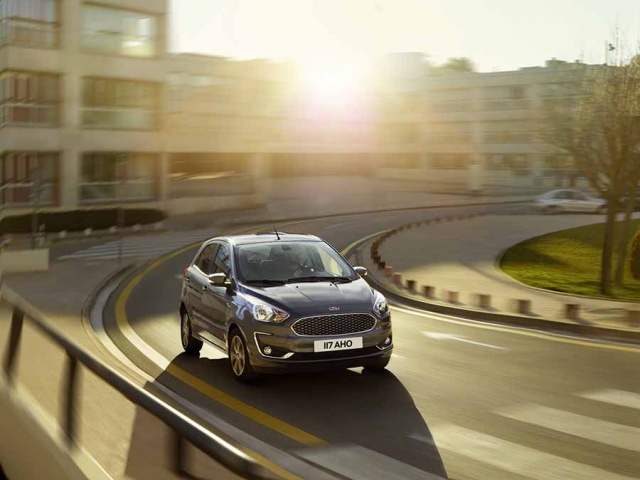 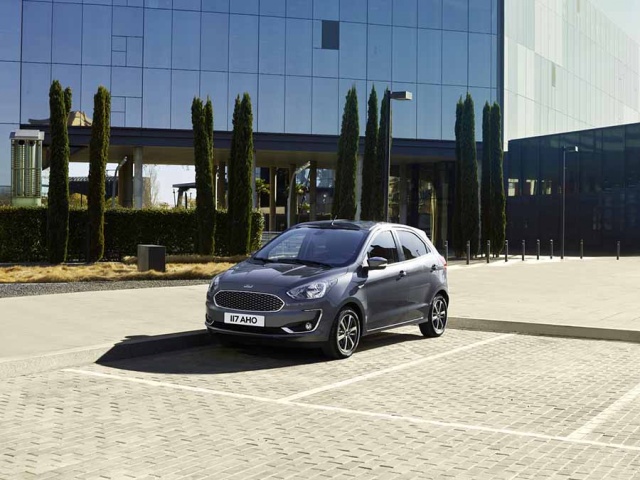 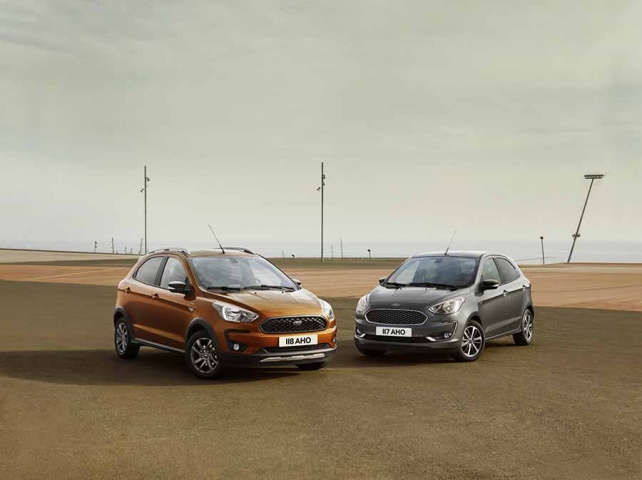 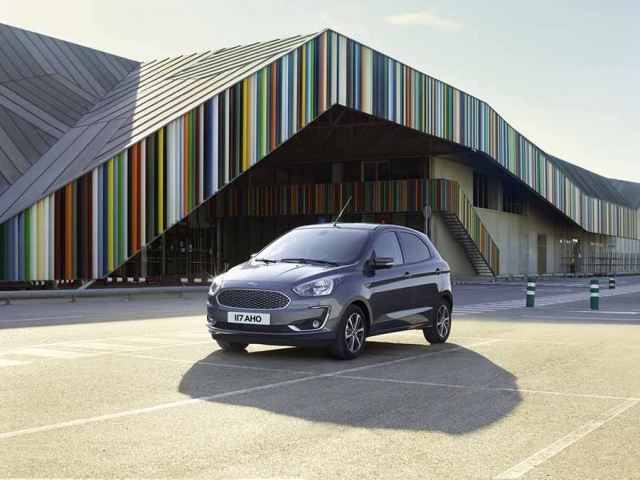 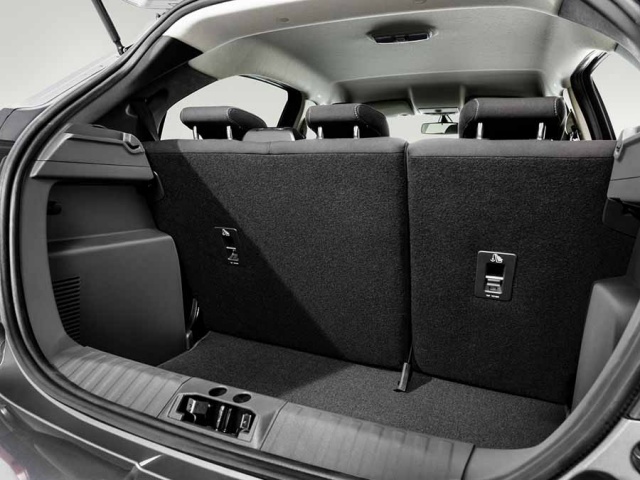 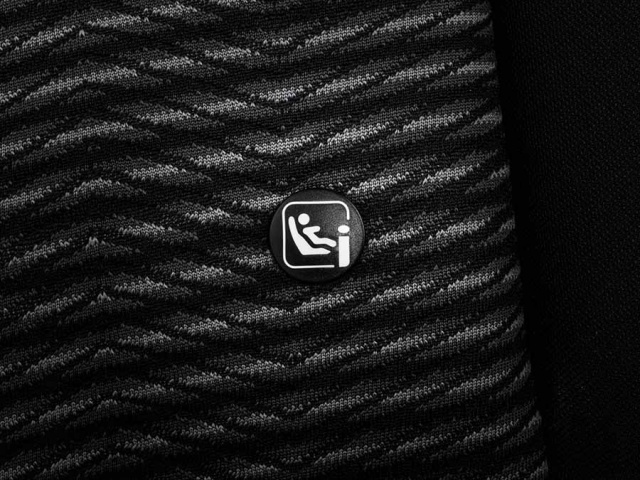 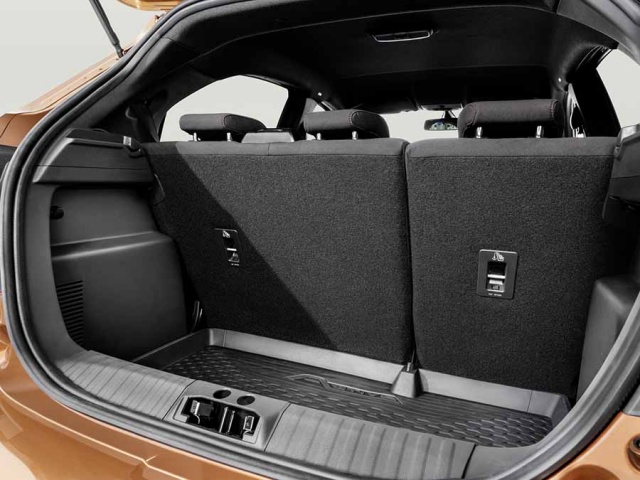 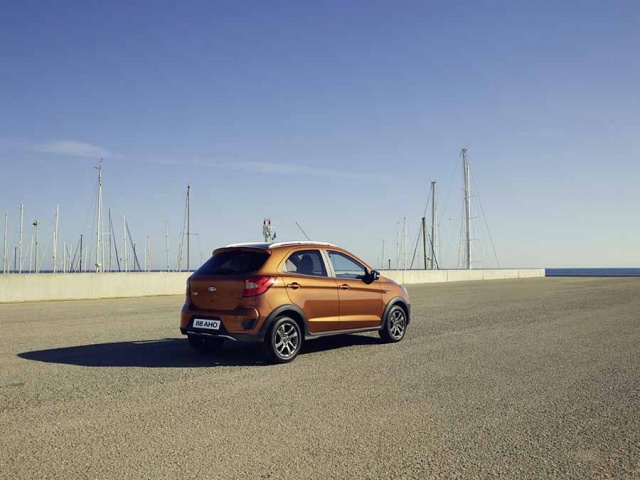 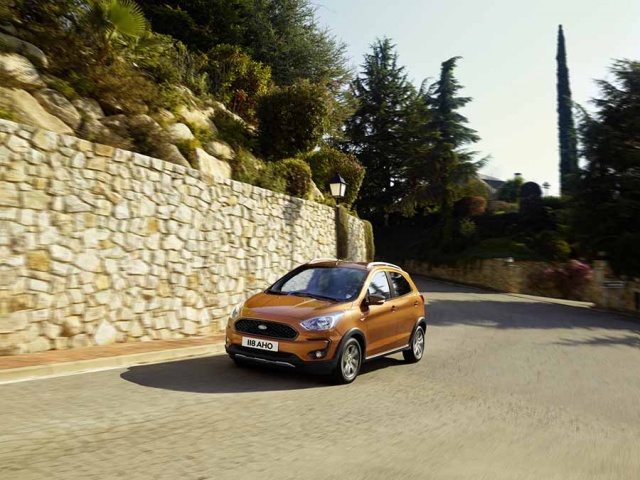 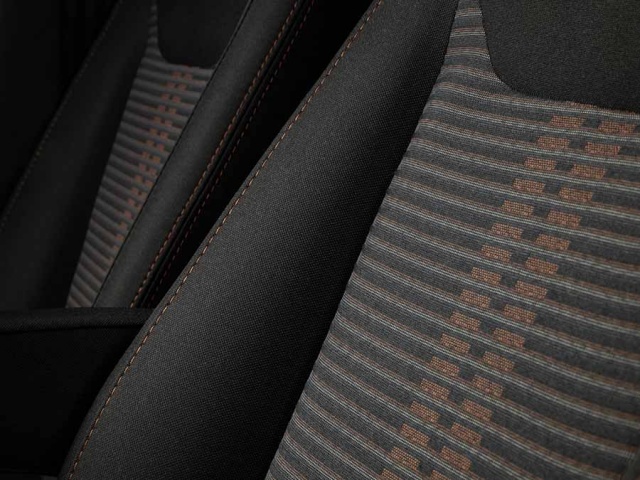 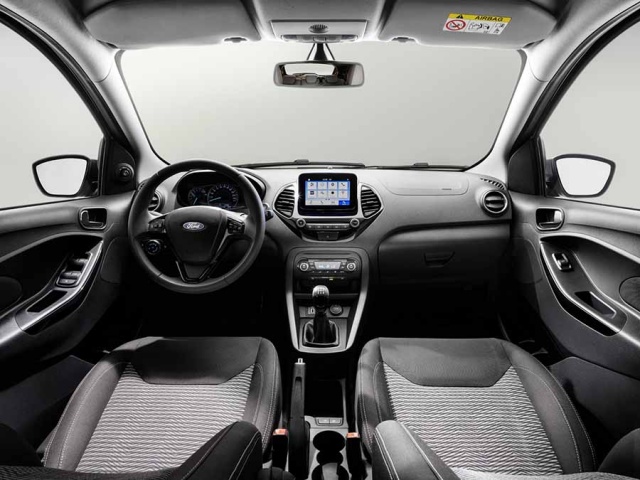 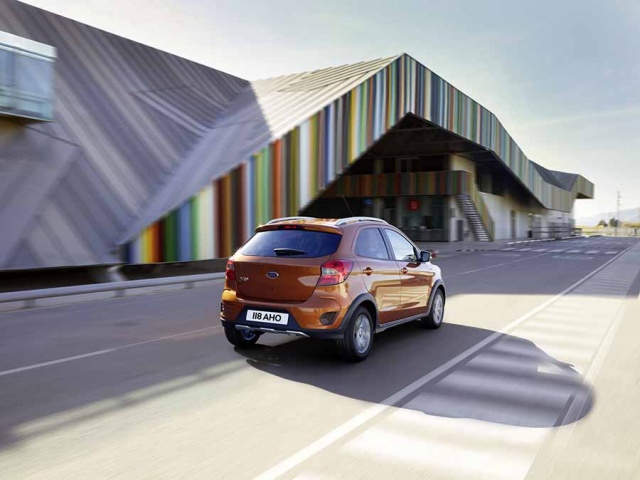 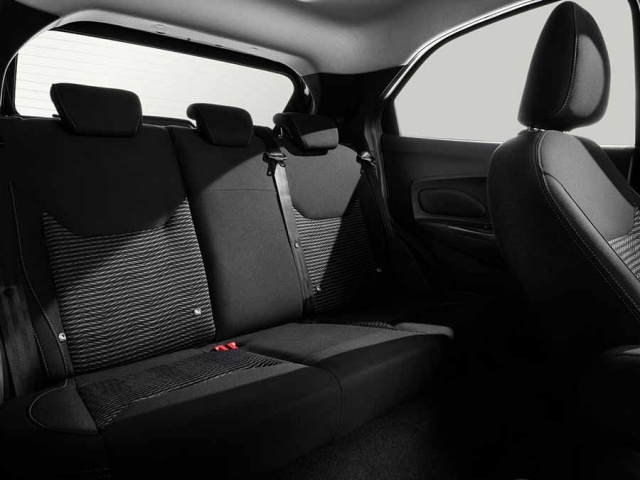 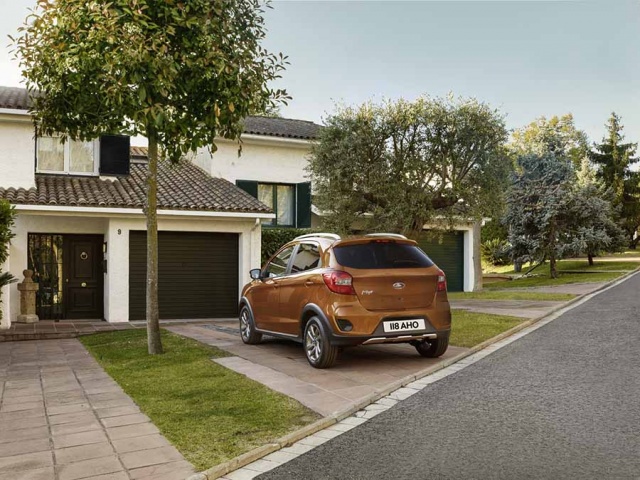 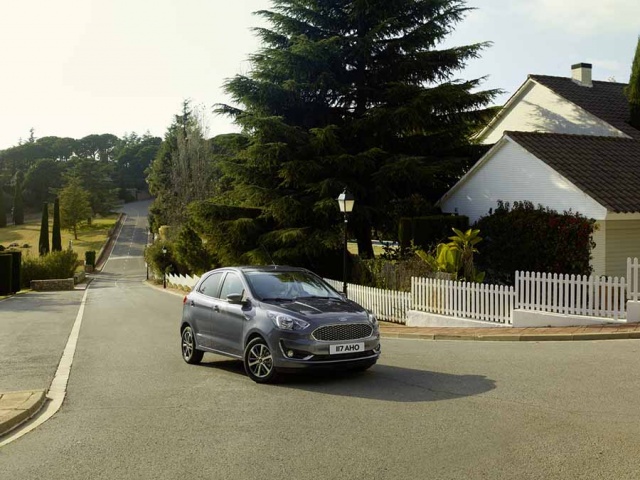 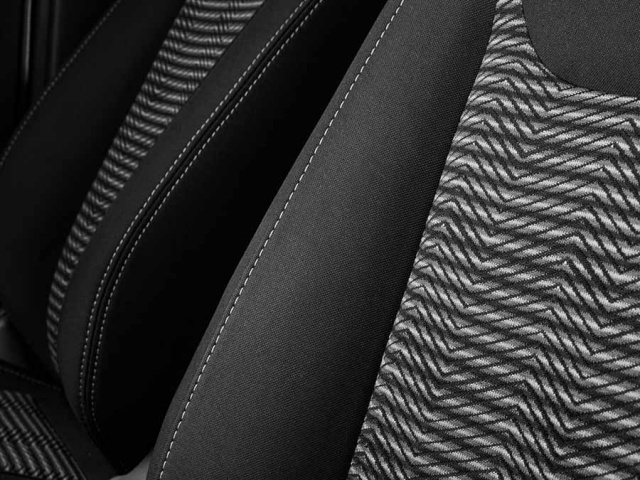 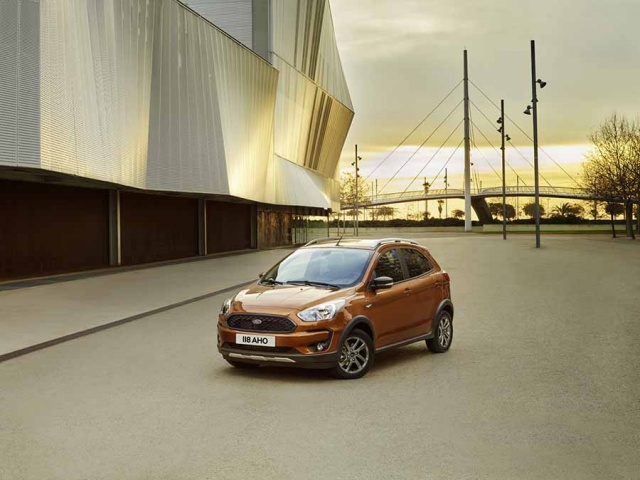 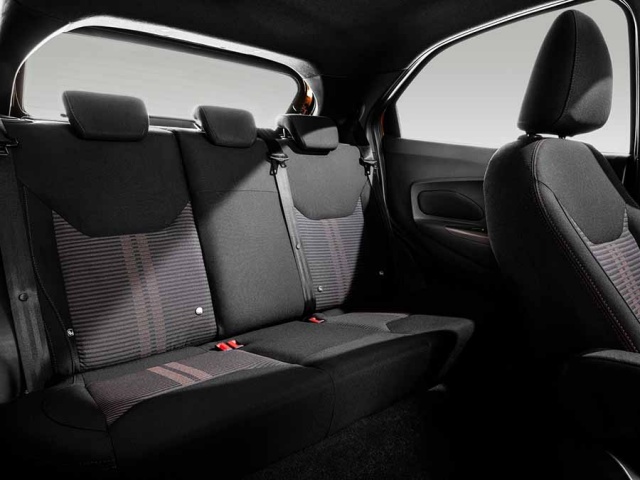 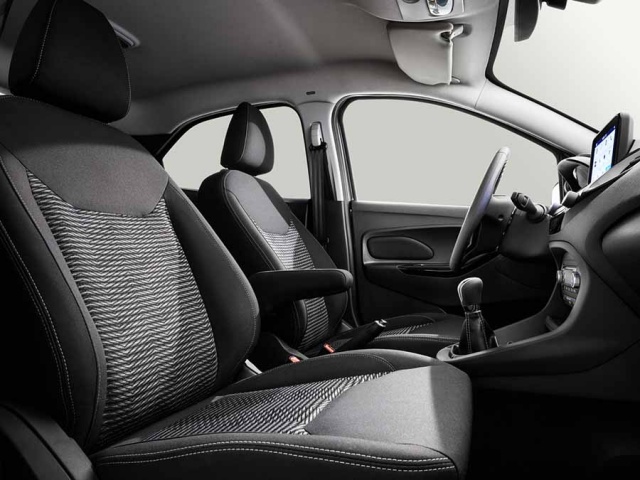 Ford Ka+ for 2018 updated with Active crossover variant and more.

Want a budget hatchback that's priced like an A-segment machine, but as big inside as a B-segment vehicle? Want it to look rugged and off-roader-esque? DON'T want a Dacia Sandero Stepway? Then good news - Ford has updated its Ka+ hatchback and, in the process, introduced a crossover version called the Active.

We'll focus on the Active, which is the new boy. So, becoming the second car in Ford's Active range (Hyundai also uses this word for crossover versions of its regular models) after the still-yet-to-be-launched Fiesta Active, the Ka+ Active sits 23mm higher than the standard hatchback. It features black plastic wheelarch mouldings, a black finish for the upper and lower front grilles, roof rails, a set of unique-design 15-inch alloy wheels and an exclusive bronze exterior colour, called Canyon Ridge metallic.

The same two Studio and Zetec specifications continue for the regular Ka+ line-up, with the changes here amounting to a new mesh grille with a chrome surround, standard fog lamps and daytime running lamps highlighted by a C-shaped chrome detail, C-shaped mouldings at the corner of the rear bumper echoing these new light designs and subtly re-styled bumpers fore and aft.

While all cars in the range feature a grained finish on the instrument panel, durable trim materials in a dark charcoal shade and a number of chrome accents around major switches, handles and knobs, the Ka+ Active also features 'Active'-embossed scuff plates in the sills and a unique-to-the-variant leather steering wheel with cruise control functions and Sienna Hazel stitching. That colour is repeated on the seat upholstery and the stitching found on the chairs, while all-weather mats for the cabin and boot are provided.

Across the 2018MY Ford Ka+ line-up, there are some new technologies thrown into the mix. SYNC 3 on a 6.5-inch colour touchscreen is added, bringing with it Apple CarPlay and Android Auto support, while there are also additions of rain-sensing wipers, automatic lights and Ford's Quickclear heated windscreen. All the standard and optional equipment that was available on the pre-facelift Ka+ remains in place here, while there's now a push-button start mechanism and a tailgate-mounted switch to open the boot.

The Ka+, prior to this facelift, had a 1.2-litre Ti-VCT petrol engine available with either 70- or 85hp. The new Ka+ (and the Active) has a 1.2-litre Ti-VCT petrol engine available with either 70- or 85hp. What's changed, though, is that the all-new engine in the 2018MY Ka+ is now a three-cylinder unit, whereas the old motor was a four-cylinder (and Ford refers to it as a Duratec now, even though it called it a Ti-VCT at launch). Anyway, no matter; these three-cylinder petrol engines meet Euro 6 emissions standards, thanks in part to the stop-start system, while - with a core architecture shared by that of the Fiesta ST's forthcoming 1.5-litre, 200hp turbocharged triple - the new Ti-VCT makes up to 10 per cent more torque between 1,000- and 3,000rpm. Fuel economy is said to be improved by four per cent as a result.

However, if it's fuel economy you want, then rejoice in the fact that Ford has now added a diesel option to the Ka+ line-up. It's actually the most powerful motor you can get in the budget hatchback, the 1.5-litre TDCi delivering 95hp, 215Nm from 1,750- to 2,500rpm and CO2 emissions as low as 99g/km. All models employ a five-speed manual transmission as standard.

Ford still says the Ka+ has been tuned for European driving tastes, but the Active goes even further, featuring a wider track, larger front anti-roll bar and bespoke-tuned electronic power assisted steering (EPAS) for 'optimised crossover handling.' The dampers have also been recalibrated and fitted with a hydraulic rebound stopper to improve the ride on harsh surfaces, while Active Rollover Protection works with the car's ESC to offer additional security when carrying roof loads.

Prices have yet to be confirmed for Ireland, but don't expect too much of an increase from the current car's €13,050 starting ticket, while the Ka+ Active will probably command a small premium over an equivalent regular model.

Roelant de Waard, vice-president for Marketing, Sales and Service, said: "Last year, Ford sold more than 200,000 SUVs in Europe for the first time, and demand for SUV and crossover models has never been higher. Our new Ford Ka+ Active model will this year make the crossover affordable to even greater numbers of customers, with aspirational styling, sophisticated technologies customers would expect to see in much more expensive cars.

"Ford has sold more than 61,000 examples of the Ka+ since we first introduced the model in late 2016, and now we're offering customers even more choice with our first Ka+ diesel engine for greater fuel-efficiency and cruising ability, and all-new petrol powertrains that are more responsive in town, all meeting the latest stringent emissions standards."