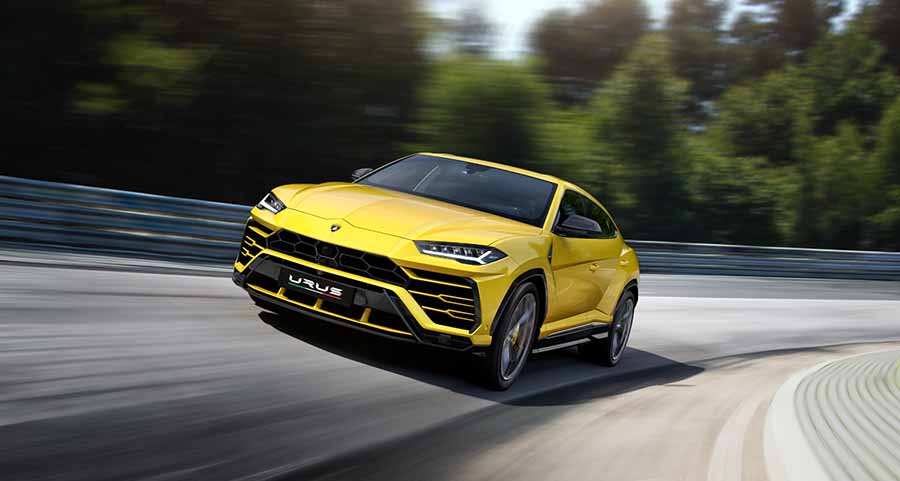 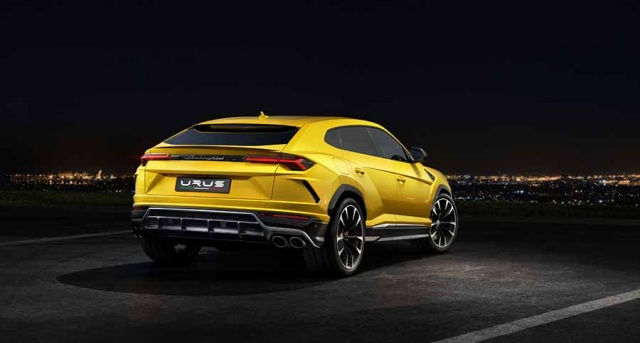 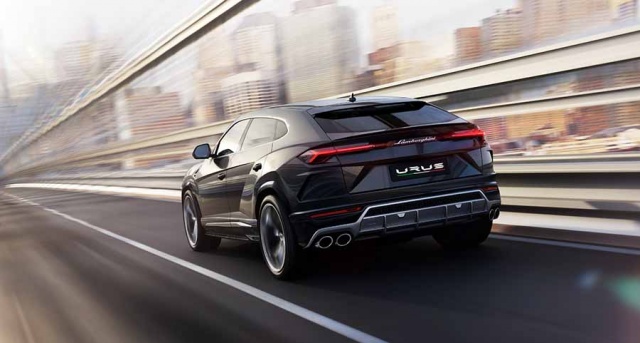 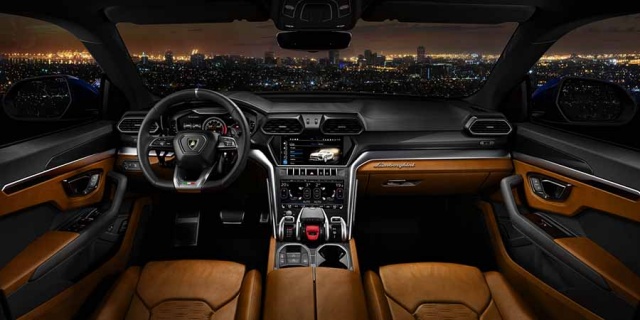 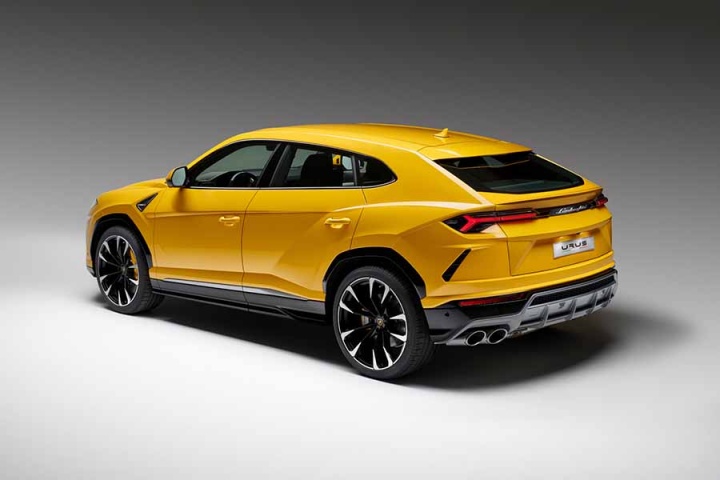 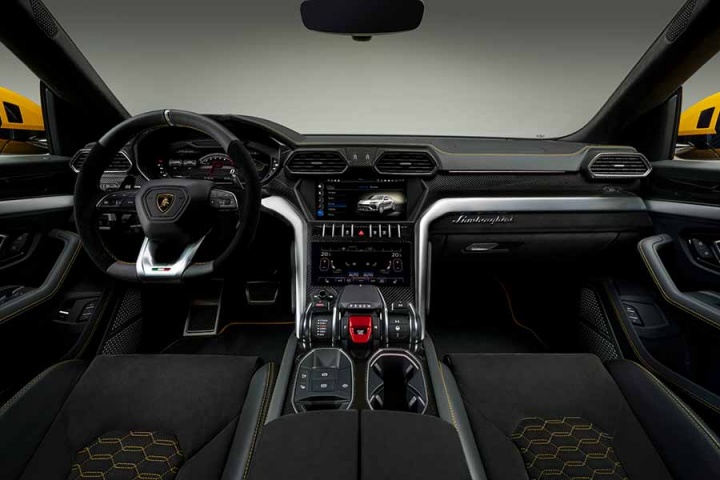 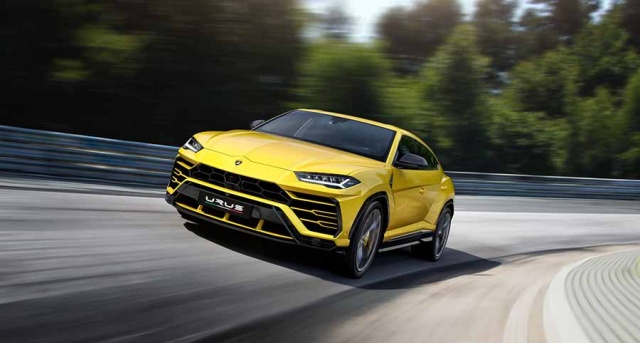 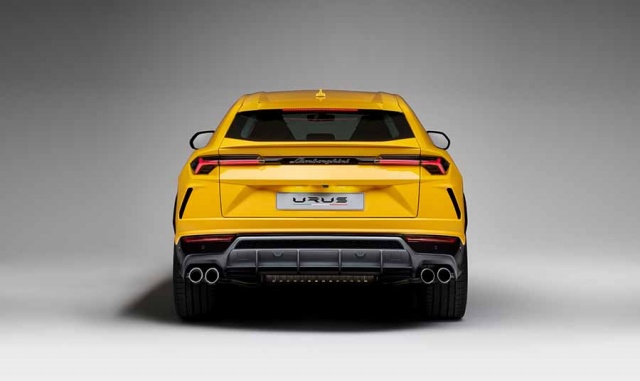 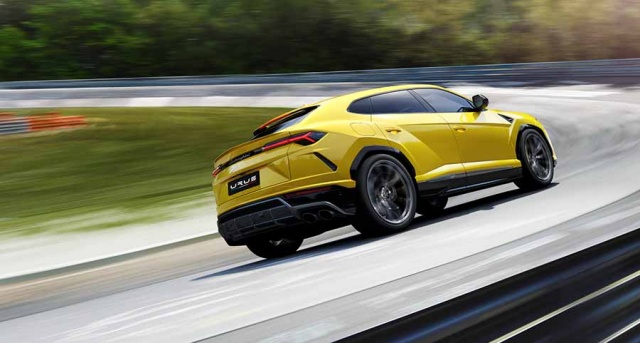 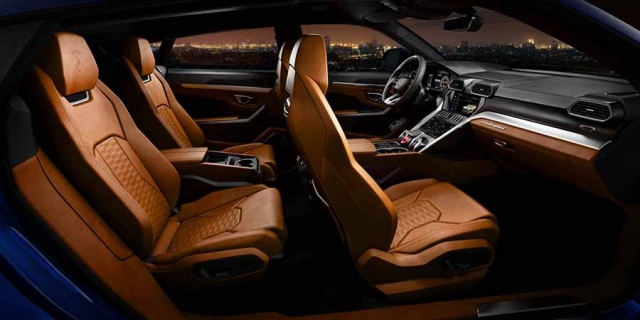 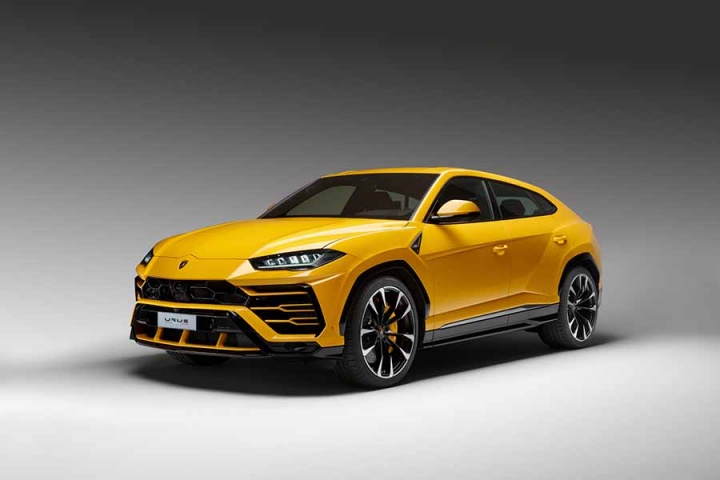 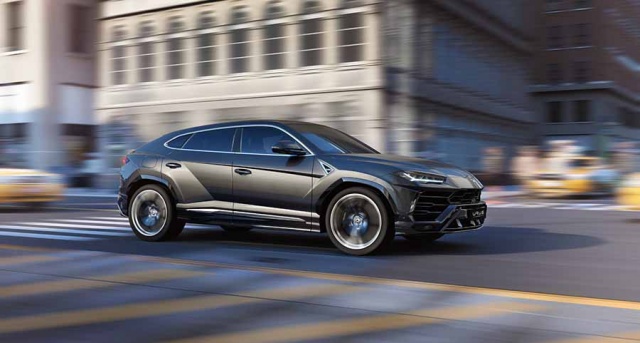 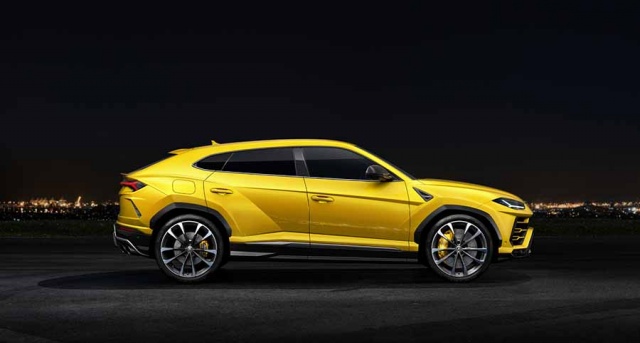 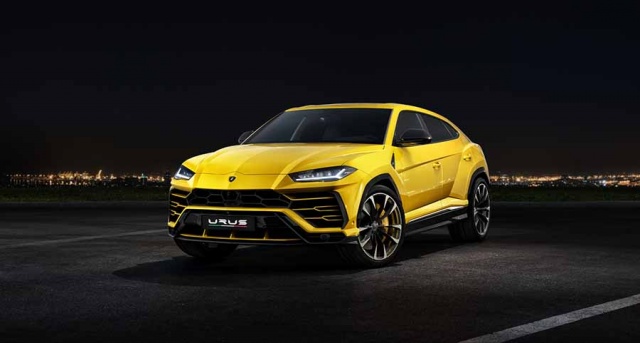 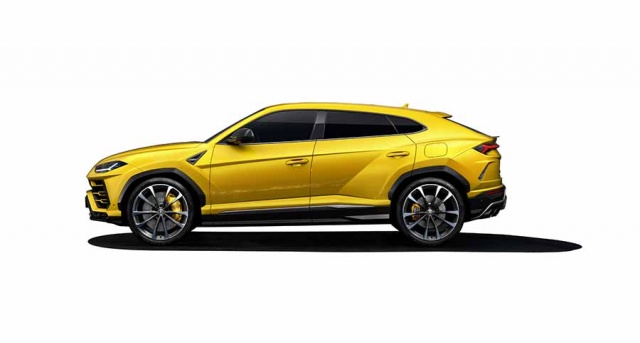 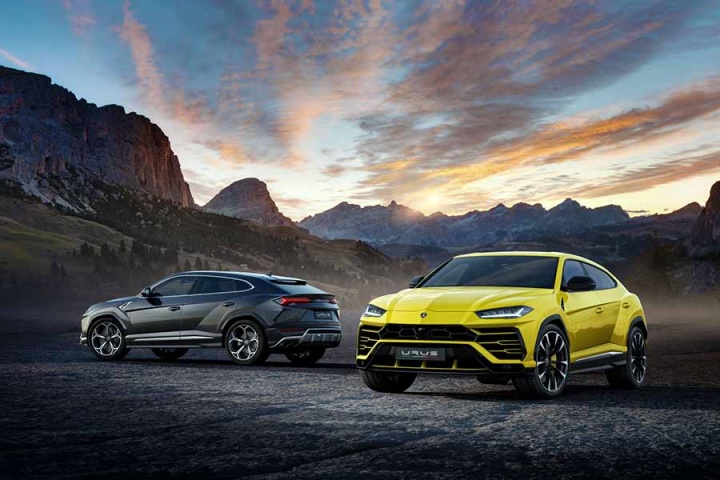 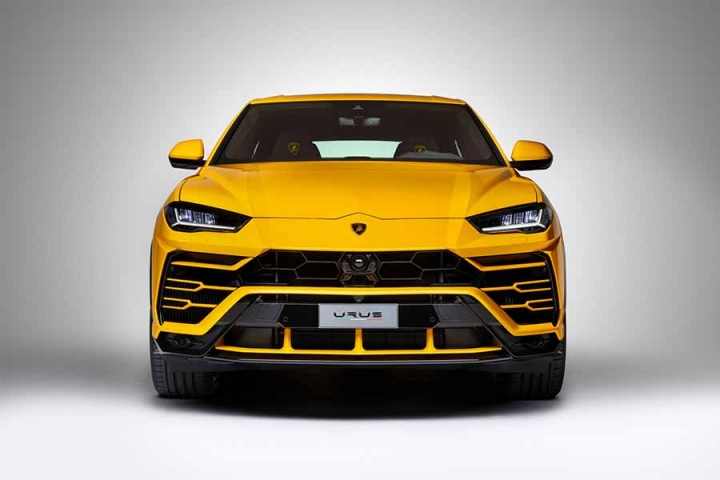 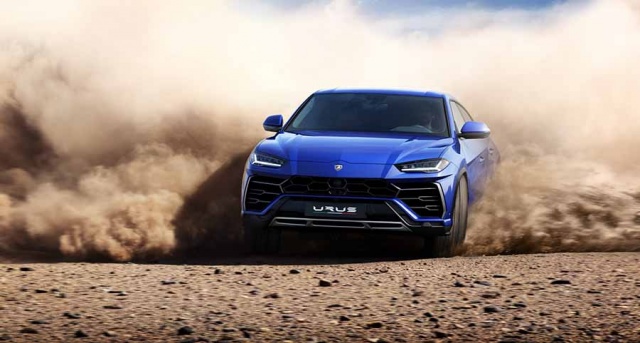 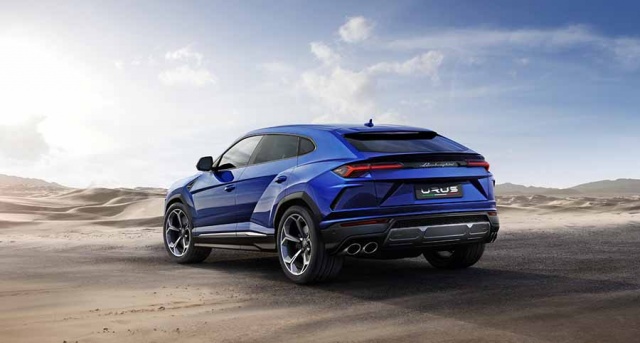 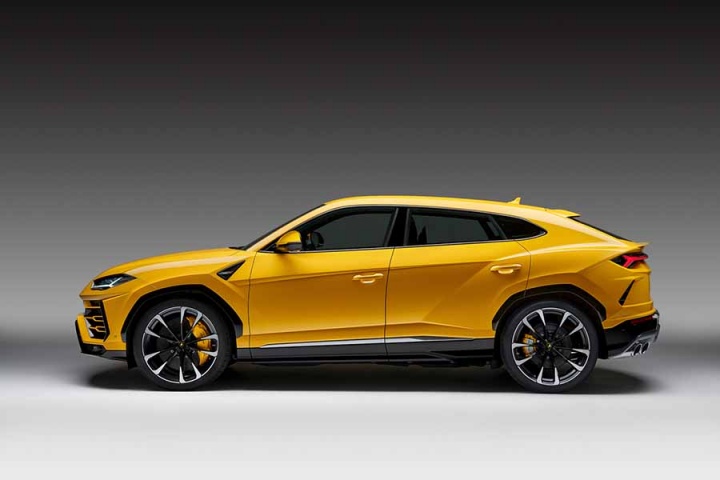 Poor Stefano Domenicalli - so many times we saw him, as Ferrari F1 team manager, have to pick up a microphone and defend another middling on-track performance by the Scuderia. Your heart just went out to the guy.

Tonight should have been his crowning glory - now the chairman and CEO of Lamborghini, Domenicalli was in Bologna to launch the Urus, Lamborghini's first (proper - the LM002 barely counts as a production car) SUV and the model that should see Lamborghini's sales double to around 7,000 cars per year. And what happens? The presentation, all flashing lights, dancers, and robot arms hefting around big-screen TVs, breaks down half way through. So Domenicalli has to grit his teeth, pick up a mic, and gloss over another embarrassment. Some guys just can't catch a break...

The Urus should be rather better than its own press event. It's based on the same MLB Evo chassis as the Bentley Bentayga and Porsche Cayenne, and Lamborghini has invested heavily in a brand new factory in which to build it.

As well as being Lamborghini's first (proper) SUV, it also represents a number of other firsts for the raging bull brand. It's the first turbo Lamborghini. The first with air suspension. The first with active torque vectoring, and rear-wheel steering.

And, so claims Lamborghini, it's the most powerful, and fastest SUV in the world, thanks to its 650hp twin-turbo 4.0-litre V8 engine. That drives all four wheels through an eight-speed automatic transmission, with a nominal 40/60 front/rear torque split (although as much as 87 per cent of torque can be sent to the rear wheels if needed).

That air suspension means that the ride height is fully adjustable depending on whether you need ground clearance, or ground-hugging and there's a new 'Tamburo' button that allows the driver to select from a number of driving modes. Strada, Sport, and Corsa are familiar from other Lamborghinis, but here we also have Neve (snow), Terra (off-road), and Sabbia (sand) modes, as well as an Ego mode that allows you to fiddle with the settings yourself.

It will certainly be the most practical Lamborghini ever. The boot measures a healthy 616 litres, and while you can have luxurious and individual rear seats, you can also have a three-seater bench with ISOFIX points. As Lamborghini points out, it's the first car the company has made that is "not just to involve the driver, but also their families."

Up front, you can have 18-way adjustable seats, and even cupholders.

"The Lamborghini Urus is a visionary approach based on the infusion of Lamborghini DNA into the most versatile vehicle, the SUV. The Urus elevates the SUV to a level not previously possible, the Super SUV. It is a true Lamborghini in terms of design, performance, driving dynamics and emotion as well as drivable every day in a range of environments," said Domenicalli. "The Urus fits perfectly within the Lamborghini family as a high performance car. It is the culmination of intensive development and passionate skill to create a new breed of bull: a Super SUV that transcends the boundaries of expectations and opens the door to new possibilities, for both our brand and our customers."