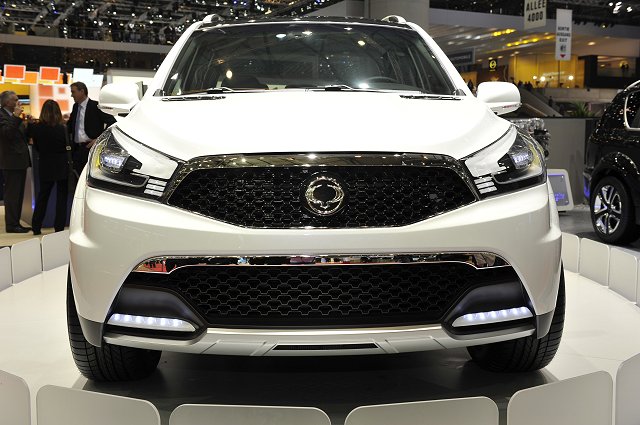 Ssangyong is hoping to make a bigger impact here with electric and hybrid powertrains.

SsangYong has announced it is developing two electric cars: an electric version of the new Korando crossover and a new petrol-electric hybrid.

The latter is currently nameless, but SsangYong says it will seat five and is slightly smaller than the electric Korando.

The Korando EV has a 179-kilometre range and a 150km/h top speed; though how quick it is and when it will arrive we're not told. Information is scant on the hybrid too, though it has the same top speed.

Meanwhile, SsangYong has been working on four new engines: one petrol and three diesel. The petrol unit is a 2.0-litre turbocharged engine with 211hp and 300Nm, while the diesels come in two capacities.

There's a pair of 2.0-litre units named Active Diesel and Green Diesel, both with around 152hp. The injection pressure is 1,800 bar, we're told, but we don't know what the CO2 emissions figures of either are. They are, says Ssangyong, about 30 percent more efficient than the current generation SsangYong diesel.

The final diesel under development is a 2.2-litre twin-turbocharged unit boasting around 223hp and with a heady 2,000-bar injection pressure figure.

All the engines are likely to see the light of day in the recently announced - and debuted in Geneva - SUT 1 pickup truck. It goes on sale in early 2012 in Korea 'and other markets'.

It has real wood trim for the interior (none of that plastic muck) and a rear deck that can 'carry sports equipment with ease,' including an almost infinite number of ping-pong bats.

The four-wheel drive car isn't confirmed for Ireland as yet, but by the sound of it SsangYong is ready to have another crack at enticing Europe. We'll keep you posted.