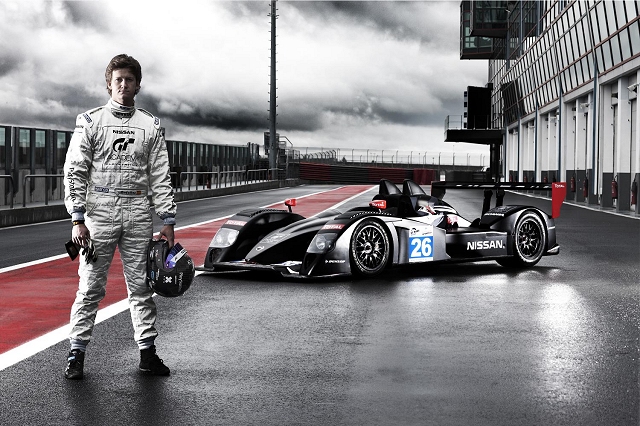 The winner of the first PS3 GT Academy has progressed a little...

The ascent of Lucas Ordonez from the slob of armchair gaming to the racing milieu is astounding, as it's announced that the Spaniard will compete in this year's Le Mans 24-hour race.

Never heard of him? Well, he's the guy that won the first GT Academy on PS3 - the competition that offered Gran Turismo players the chance to win a professional racing contract with Nissan.

Having won the maiden Academy in 2008, Ordonez went on to sign for Nissan and record a second place finish in the real-life European GT Cup during his first season.

And now the 25-year-old has been given a place in the cockpit of a Signatech Nissan LMP2 car, in which he'll compete for the 2011 Intercontinental Le Mans Cup.

"It is beginning to sound a bit clichéd for me to keep talking about 'living my dream'," he says. "However, the past three years have been amazing and now to have been given the opportunity by Nissan to race at the Le Mans 24 Hours, as well as all the other fantastic races in the Intercontinental Le Mans Series, is incredible."

The third annual GT Academy has just been announced. Anyone with a copy of Gran Turismo and an internet connection can enter the competition, which begins tomorrow (March 4).