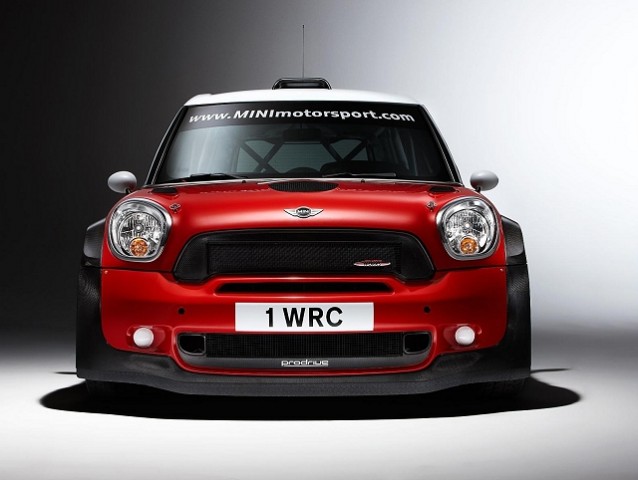 MINI will precede its full WRC car with the S2000 model shown here.

MINI used the Geneva Motor Show to show off the latest version of the car it hopes will storm the WRC in 2011.

The MINI John Cooper Works S2000 is a preview of the WRC car that will debut at Rally Italy on May 5.

The S2000 will race before that, starting in Portugal later this month, run by privateer teams.

Developed with rallying legends Prodrive, the final WRC MINI will go on to race in the UK, Germany, France and Spain. Mechanically, not much will have changed from this S2000 to that car.

It will get a bigger rear wing than the S2000 you see here, a slightly redesigned front splitter, water cooled front brakes and lighter plastic windows.

Both cars have the same 1.6-litre turbocharged engine, based on the block used in the MINI Cooper S, and the same as that used in the BMW 320 TC used in the FIA World Touring Car Championship.

Prodrive is making 12 MINI WRC cars for the moment, all of which have already been sold.