Audi tuner, Abt, reasserts itself 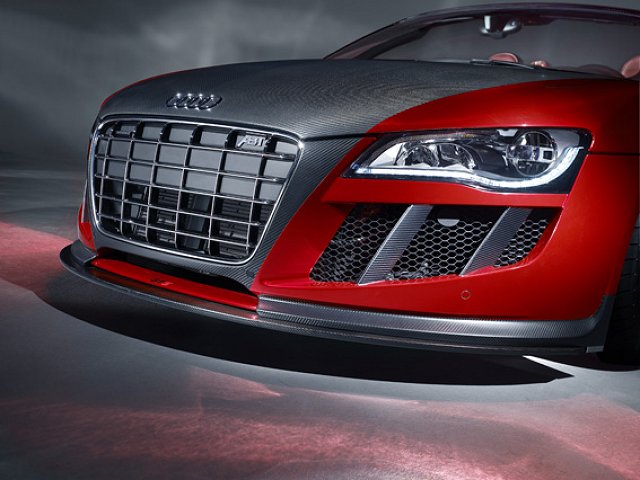 Abt tunes Audis; here are its latest creations

Abt unveiled a tuned version of the R8 V10 Spyder to bring it back into contention as the leading tuner of Audis. Called the R8 GT S, the open-top car has its 5.2-litre V10 opened up to 620hp for 0-100km/h in 3.6 seconds and a top speed of 320km/h. Carbon fibre is used for the bonnet, boot lid, side skirts and windscreen frame to save weight, while the interior has a re-trim that works if you like brothel couture.

Also on Abt's stand are the latest Audi A6 and A7 models that have come under the tuning firm's knife. The A6 is remarkably untouched from the outside, but under the bonnet the 3.0-litre turbodiesel engine now has 286hp. Buyers can upgrade further to 314hp and a whopping 610Nm of torque.

Abt's A7 is available with the same diesel engine as the A6, but can also be ordered with a 416hp 3.0-litre petrol engine.

Abt has not been the dominant force in Audi tuning it once was, so Geneva and the R8 GT S are its efforts to get back on top. There's no doubting the engineering integrity of its cars and Abt has a reputation for making sure the whole car matches the power of its engine upgrades. With tuning kits already developed for the new A6 and A7 models, Abt has shown it's on the right track.

Among the glitz of Geneva, the Abt cars are interesting for their tuning but are nothing more than floor filler at an international motor show of this standing. The R8 GT S's paint job and interior just mark it out as another wannabe next to the polish and panache of new car launches such as the Lamborghini Aventador and Alfa Romeo 4C.