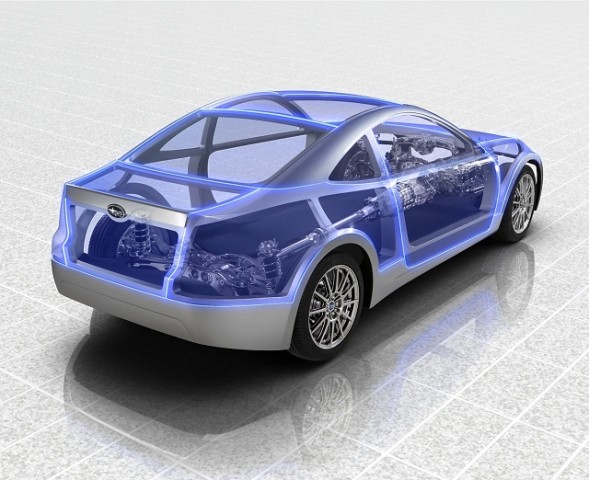 So now we know what the underneath of Subaru's new coupé looks like...

It's no secret that Subaru has joined forces with Toyota to create a rear-wheel drive sports car - and this is the first glimpse at Subaru's version. Toyota has also unveiled its FT-86 concept, which does without the cutaway looks of the Subaru and promises to be a replacement for Celica.

The Boxer Sports Car concept in the pictures features a clear plastic body, but that's just to display the latest generation of boxer engine and the suspension and chassis.

It rides on a new platform and the bodywork on the production version will be inspired by Subaru's recent Impreza concept car that paved the way for a new design language.

Displaying the innards of the car as the showpiece rather than the bodywork is a bold move and sure to turn plenty of heads. The tie-up with Toyota is likely to be the talk of the town, though.